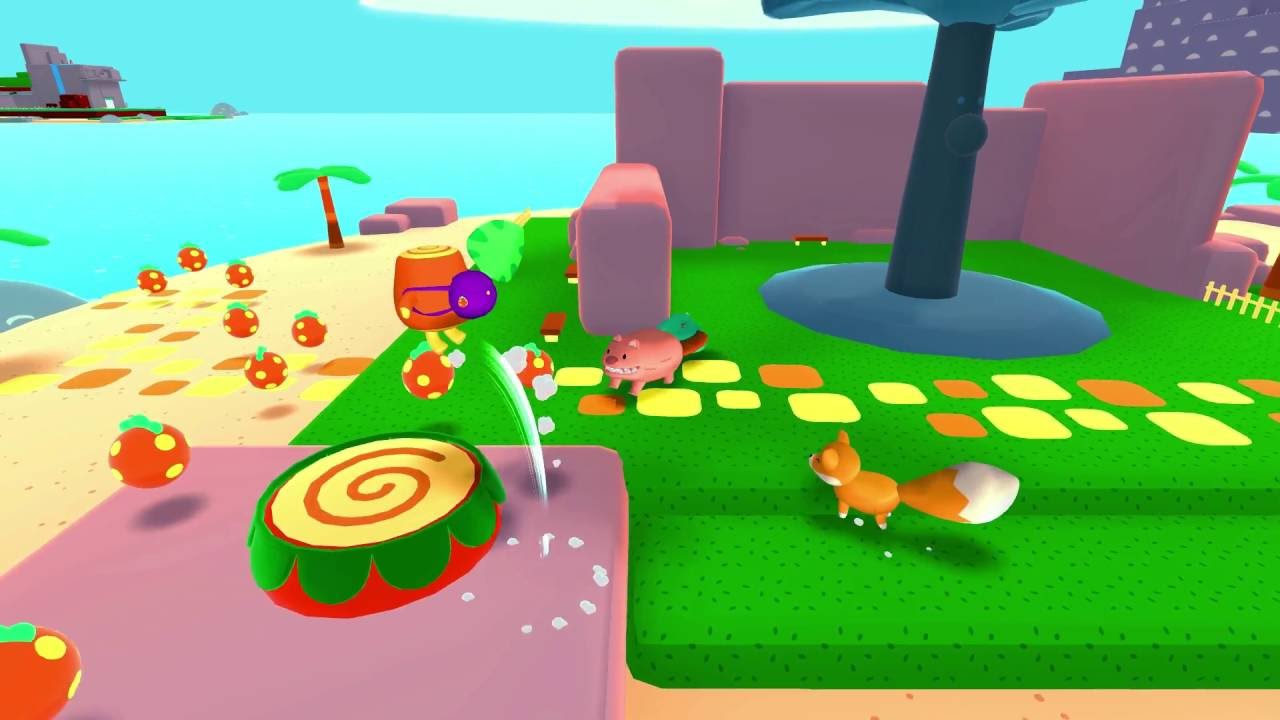 Woodle Tree 2: Worlds is a 3D open-world platform / exploration game set in a very colorful and bright fantasy world, populated with a variety of creatues, including sentient leaves, flying squirrels and others. 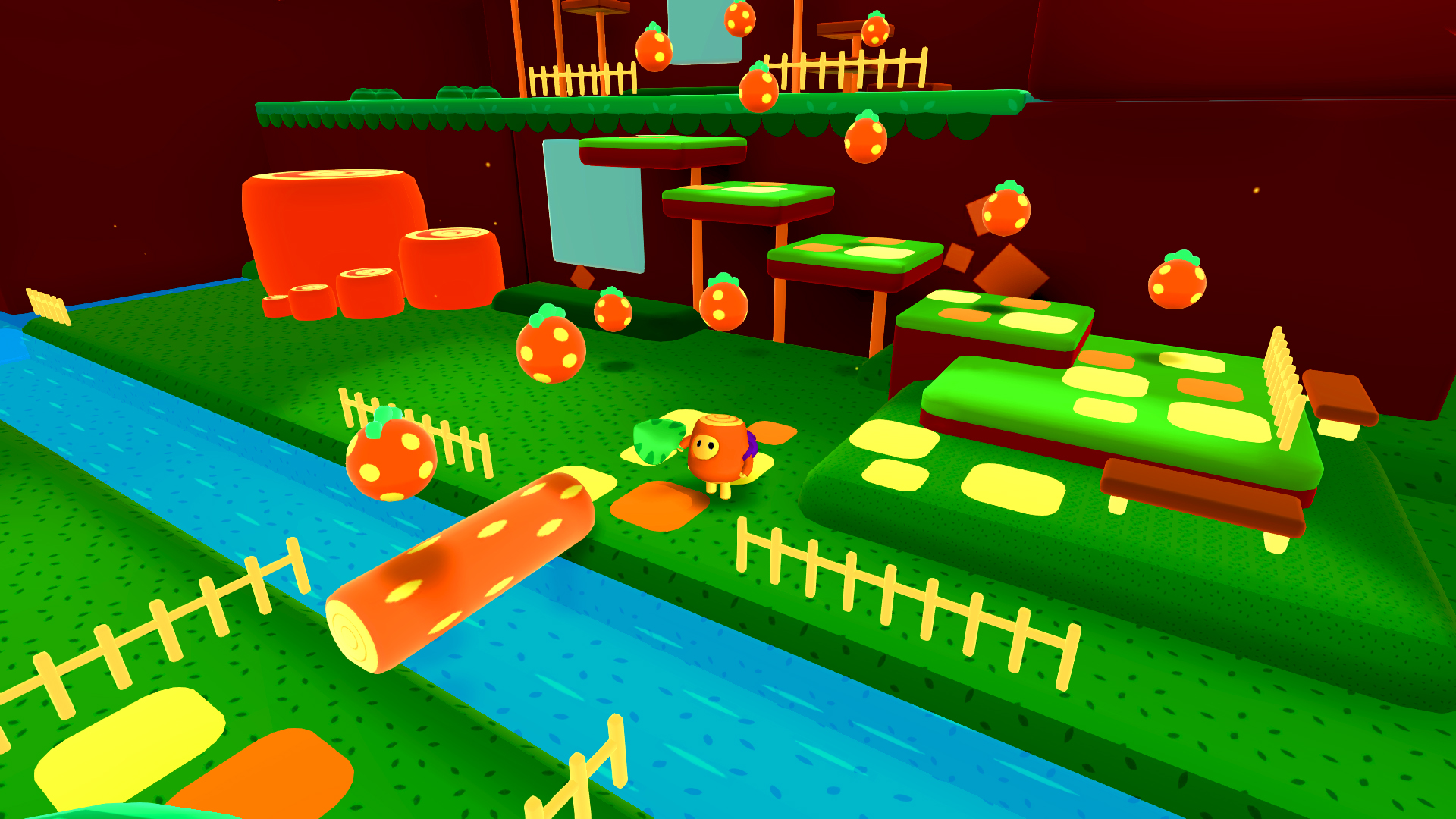 The player, in this game, will impersonate an unnamed, sentient little wooden log, from now on named Woody for convenience. One day Woody, while going about his business like every day, happens to hear a loud bang so he goes out of his house and sees some unknown dark-colored creatures succeeding in stealing some big water drops to bring them to an unknown location. Woody does not lose any time, so he grabs his leaf-sword and sets off to the Elder Tree which tells him the water drops are much needed for the plants around the place and he must retrieve them from the evil dark creatures. And so the quest begins. Note that all these events happen without any narrative, only mute cutscenes: only 3 pictures briefly displayed by the Elder Tree will make us understand what is going on. Not really an exciting start for a quest is it? 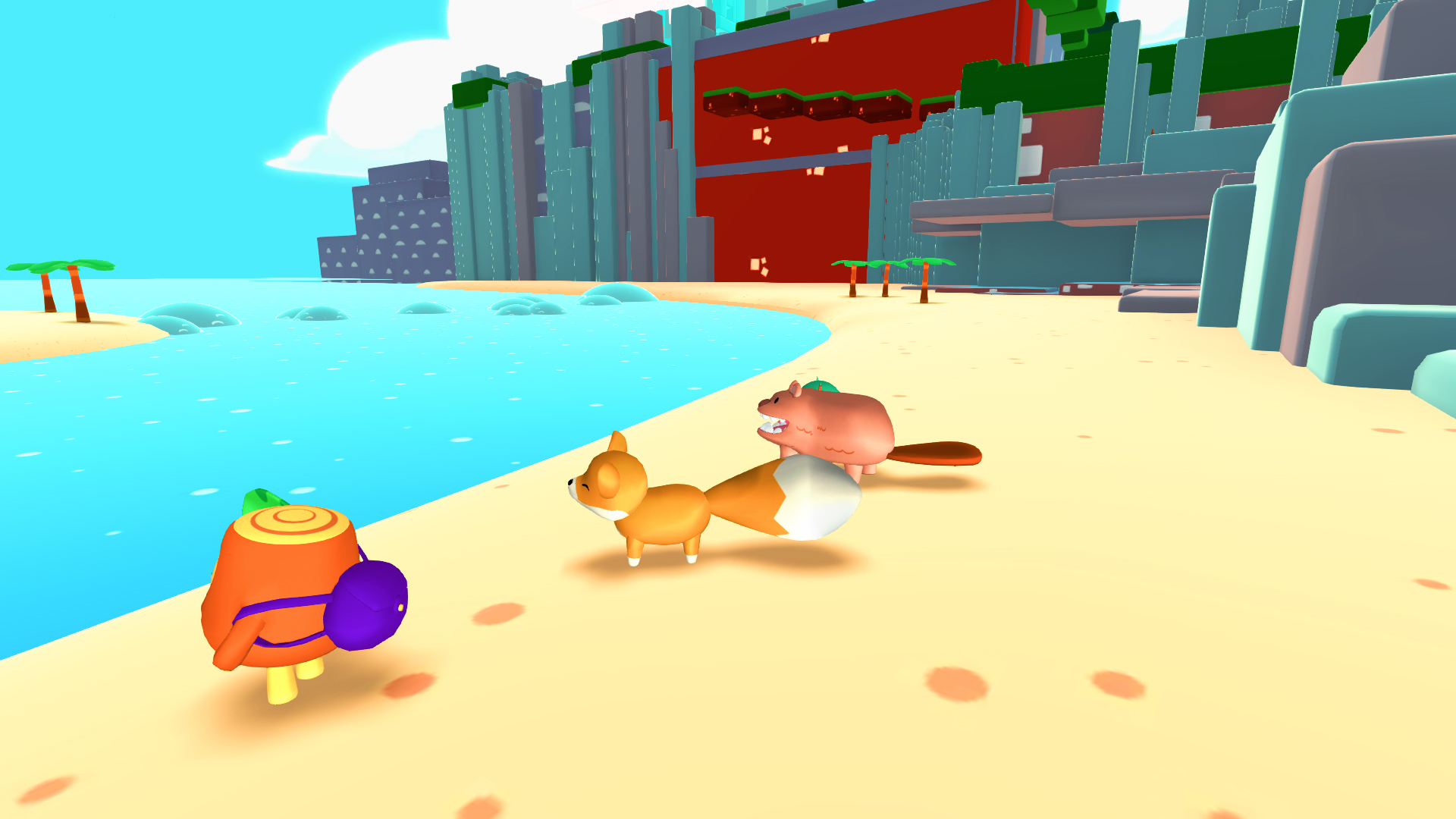 From a graphical and technical standpoint, first thing we notice is that a quite polished but very basic tridimensional graphic is the style chosen for this title. Do not expect shaded textures, complex effects, convoluted polygonal models or advanced animations because in Woodle Tree 2 there is none of that. Still, for the type of game this has to be, the graphics style is actually well suited and fits pretty well. Still there are issues, BIG issues, with the technical part of this game, such as no graphical options, forced fullscreen (unless you ALT+ENTER but that’s a gimmick), screen selection problems in multi-monitor setups. Icing on the cake: the developers had the very questionable idea to set the render distance to an astronomically high level (you can almost see the ENTIRE GAME WORLD at once!), with no chance of modifying it in any way; this leads to MASSIVE framerate drops even for extended periods of time, even on high-end machines. Luckily the Developers did not put Anti-Aliasing, or the game would be unplayable… without it, it’s only drastically crippled, yay! 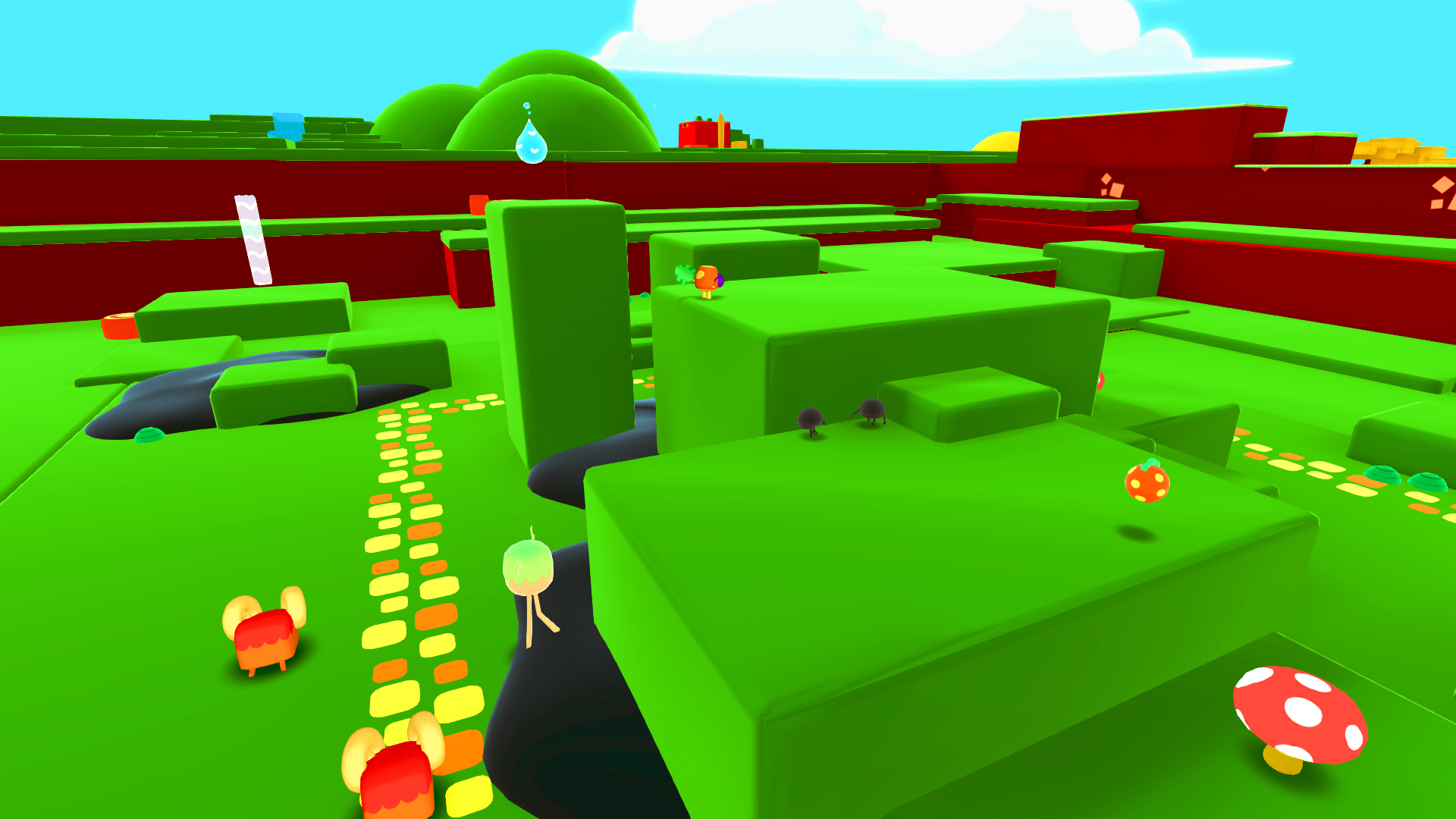 Moving on, let’s analyze the true essence of any decent platformer: the Gameplay. In Woodle Tree 2: Worlds, our fellow Woody has to retrieve all the stolen big water drops, as said before. To do this, he will have to tirelessly travel miles upon miles in a very extensive open-world, defeat enemies and collect some dotted floating berries, lots of berries, for whatever reason. Basically, in the whole game there are 12 biomes, all present in the same worldspace, featuring different colors and enemies: our hero will have to explore them all, conquer their heights or depths, retrieve the 3 stolen drops per area and save the day.

The player will have the following abilities at his disposal: double jump, using his leaf-sword to glide or transport water, using his sword to kill enemies with sweeps or charge an attack to release a water orb. 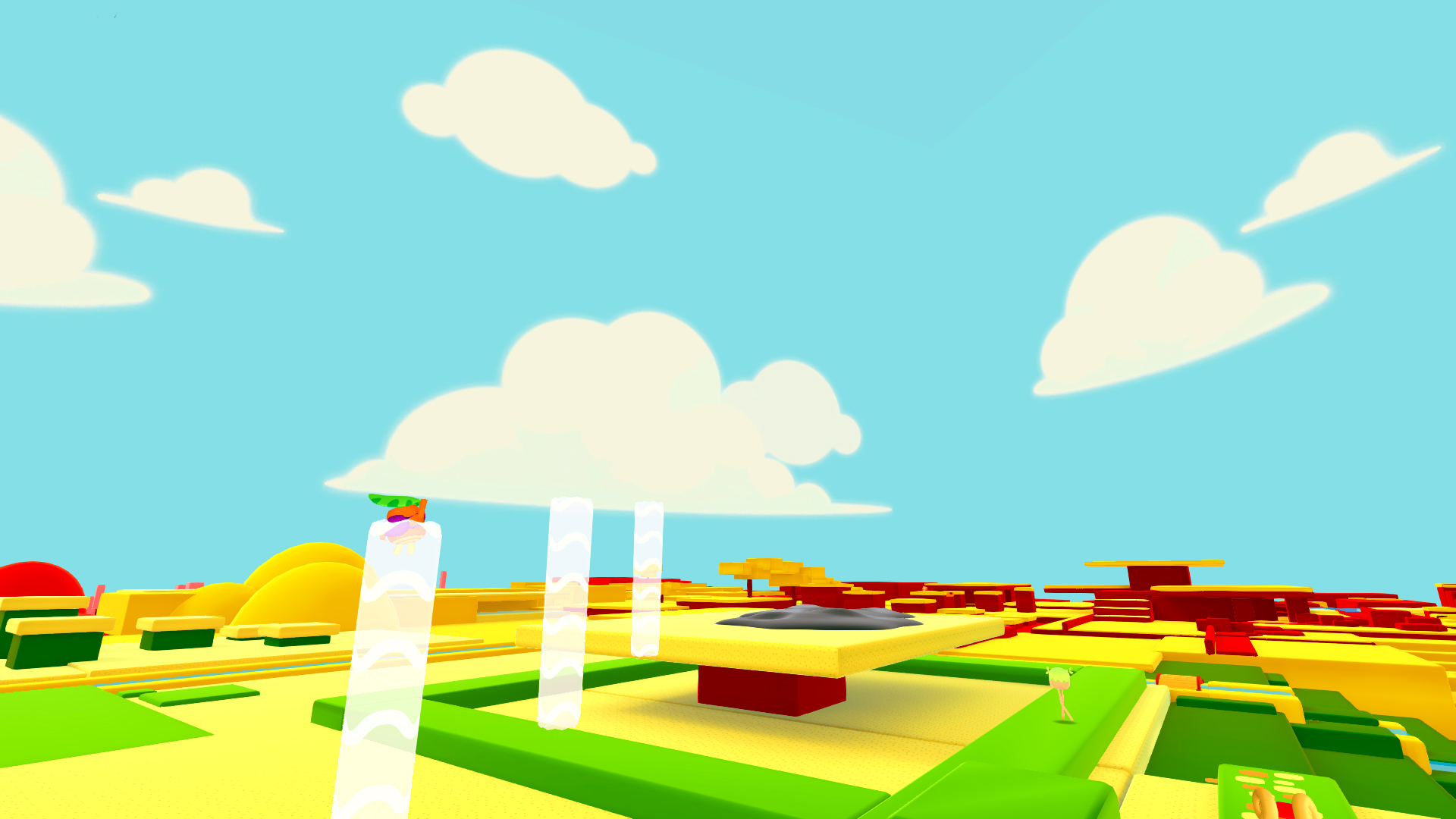 Sadly, that is not as exciting as it might look, because you will not have a single clue about what to do or where to go. Most of the time the players will find themselves going around an empty world full of inert NPCs and the occasional enemy, which by the way is hardly a threat. No secret areas, no collectibles, nothing else to do than wander for kilometers in this immense, empty open world, with practically zero interaction with anything. Even if open-world, the game still has loading times when transitioning from one area to another because it will load all the enemies, NPCs and whatever else in one big sweep. The devs never heard about procedural loading did they?

All the platform sections are very simple and basic, there is nothing new, the title does not try to add anything new to the basic platform formula apart from being Open World and Multiplayer, which are not innovative qualities. In the first case, the open-worldness of this game has been very badly implemented and becomes one of its most downgrading factors. The multiplayer experience adds nothing to the gameplay apart from sharing the boredom and the framerate drops with one or more friends.

The player is theoretically also able to purchase new weapons and stuff, but in the game it is never explained how to do so. 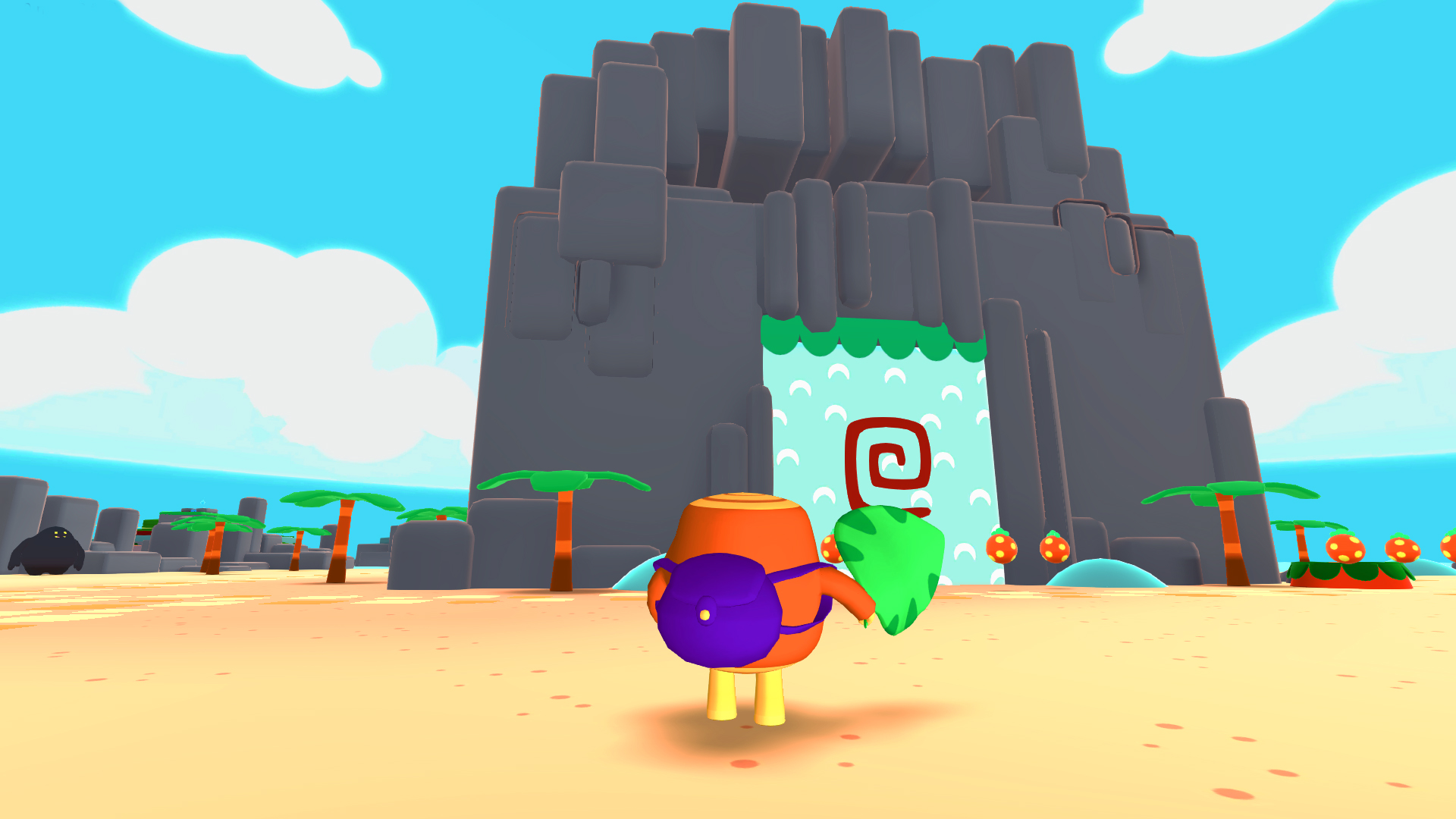 Woodle Tree 2: Worlds is a poor attempt at creating something different from a scripted, close-level platformer. For what it offers in terms of Content and Gameplay, it is absolutely not worth the price tag it has.

The title has flaws both technically and gameplay-wise, even major ones as you have read above.

I suggest NOT to purchase this game for any reason, unless the major technical flaws are solved. If that happens and it is discounted by about 80%, you might give it a shot if you want to waste some hours or maybe if you have some obnoxious little brother/cousin bothering you and you need something to distract him.

Around the World in 8000 Berries