Duo is a minimal 2.5D puzzler. You have an arrangement of squares, some with barriers on one side which prevent a character from moving forward. You start a level with your two characters at opposite ends of the board all dressed up in their wedding attire – boy/girl, boy/boy or girl/girl, it’s your choice, which is a nice touch. Wobbly roses are dotted around the board, the objective is to collect them all and then have your two characters meet up for a kiss. Both characters move at the same time in the same (mirrored) direction and you have to try not to let either of them fall off the edge while navigating the board. The trick is to use the buffers to stop one character while the other moves into the position you want. This is easier said than done. 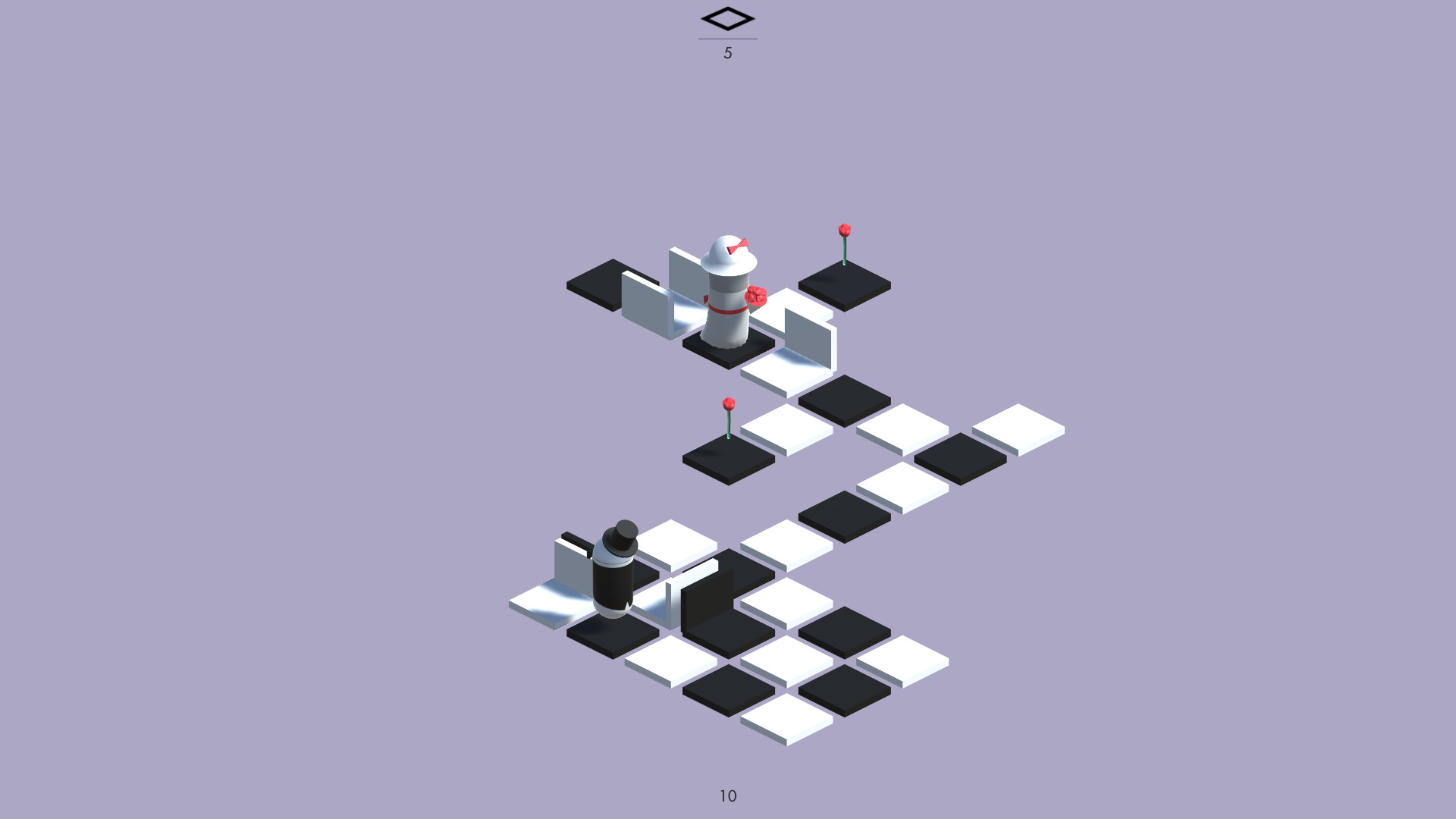 There is no built in controller support and I think it’s needed. It’s WASD, Z to undo, R to restart level, Q/E to rotate the camera. I mapped my Steam controller which works nicely with the game.

I would say medium difficulty in general. It’s the type of puzzler that becomes easier once you’ve worked out a technique. At time of writing I haven’t yet managed to do this so I’m still at the stage of flailing around, using trial and error and repeating the level until I stumble across the solution. The levels become complex quite early on, there are not many easy levels to get you up to speed. The mechanics of the game are obvious and can be picked up immediately on starting the game so there’s no need for much of an introductory phase anyway. 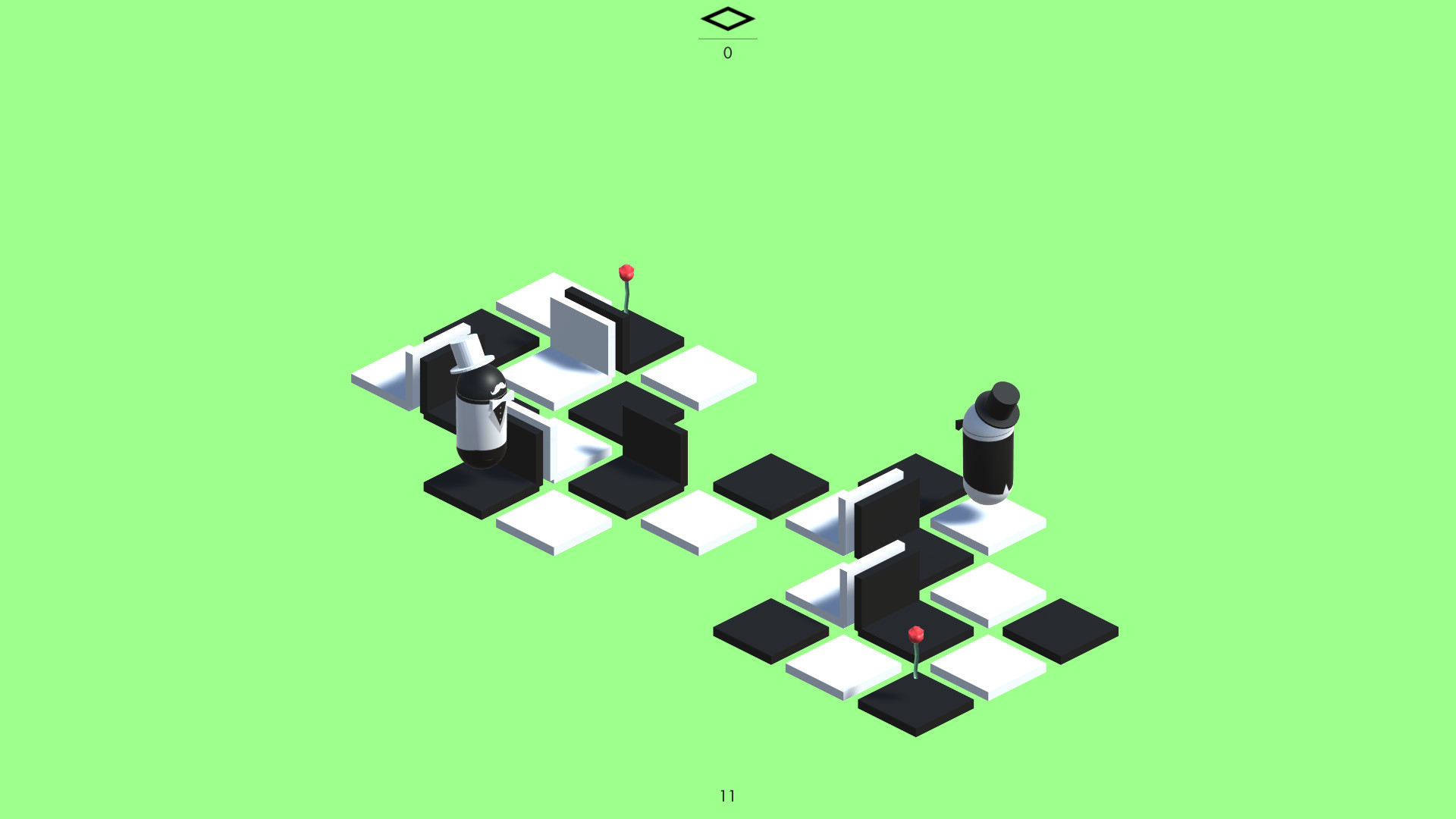 There is a move counter. The achievements (one for each level) are all based on a set number of moves per level, and get this: UNDO COUNTS AS A MOVE! This seems very unfair at first because every other puzzler I’ve ever played lets you undo for free. In fact, this method is harsh but fair and encourages replay of the levels. There’s only one optimal way to solve each level and the achievements are based on that specific number of moves, so the only way to judge your ongoing proficiency is to count how many undos you need to solve the level until you finally manage to do it via the shortest route with zero undos whereupon you get your achievement.

No timers, which is a big plus in my opinion. 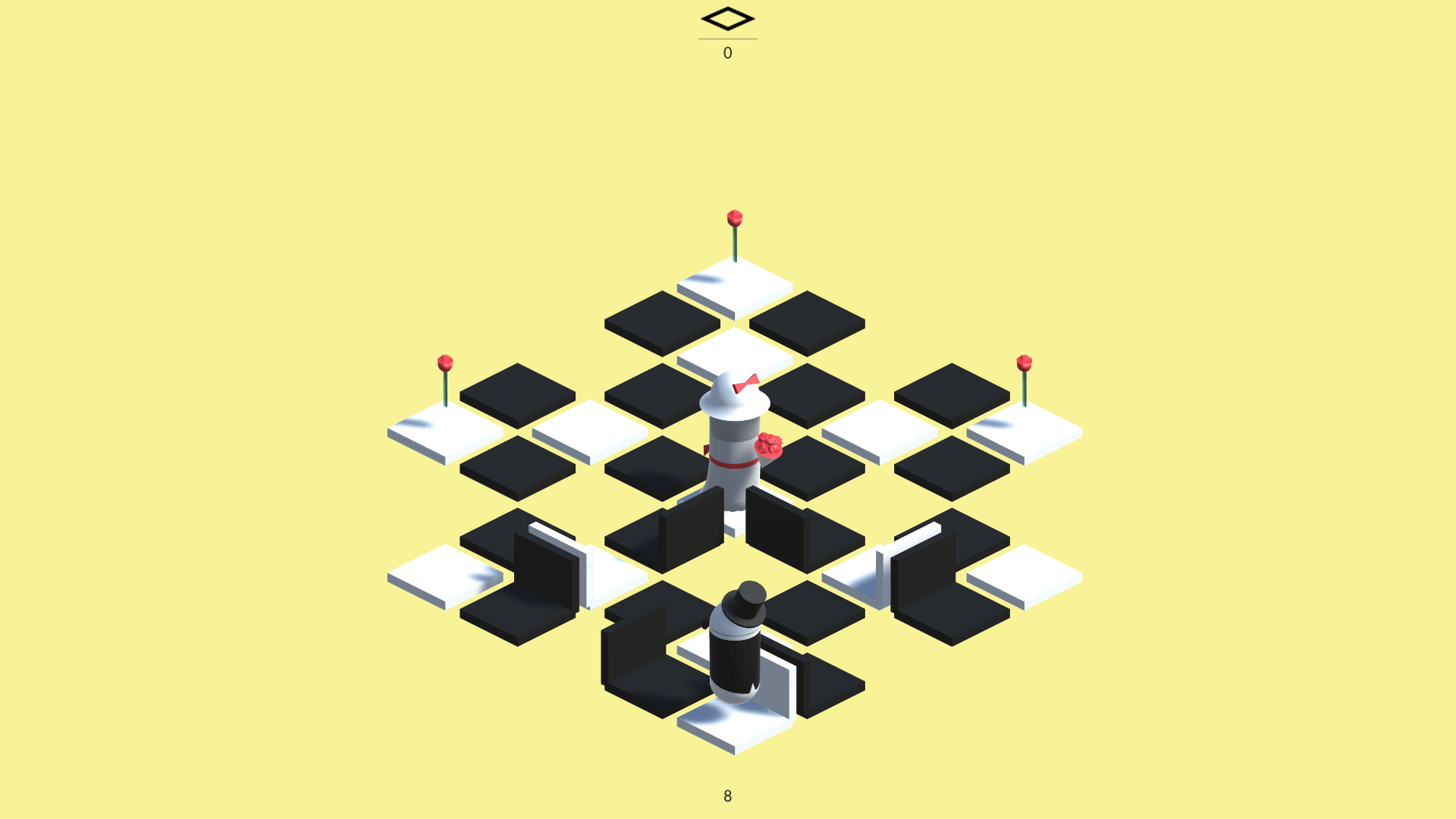 The theme is cute and minimal. If you’ve seen a screenshot that’s all you need to know. Ambient, generic music like most puzzlers, pleasant and forgettable.

Very low system requirements. No glitches or irritations found on Win or Linux. Character movement is nice and smooth.

It has achievements and trading cards. I would like to see Steam Cloud support – it’s the type of game that you might sneak off to play while visiting the mother-in-law (just a completely random example there you understand).

30 levels and plenty of (necessary for achievements) replay value. Certainly worth full price. 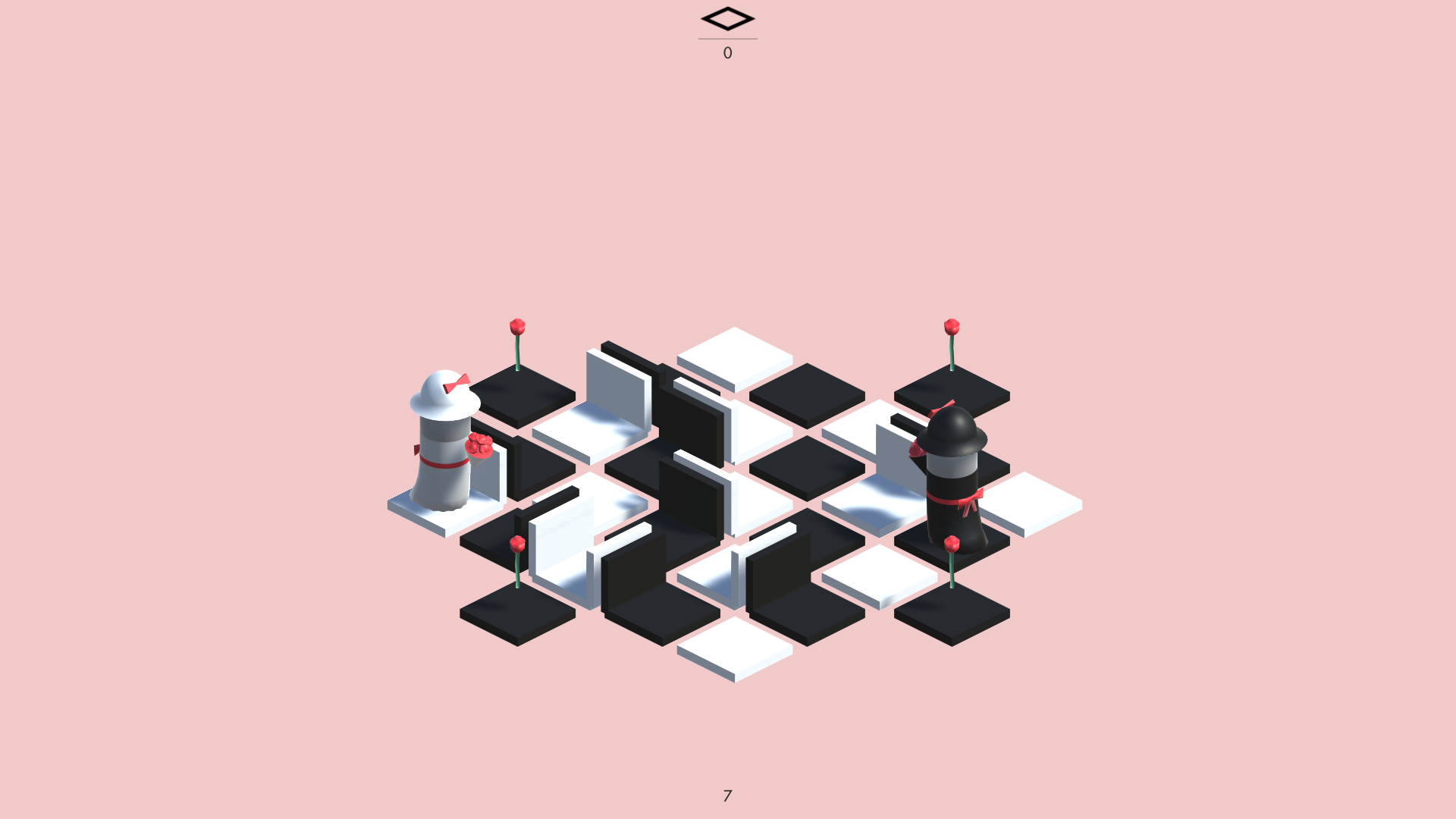 An original, clever concept. Nicely presented, good challenge and a worthy addition to your puzzler collection.