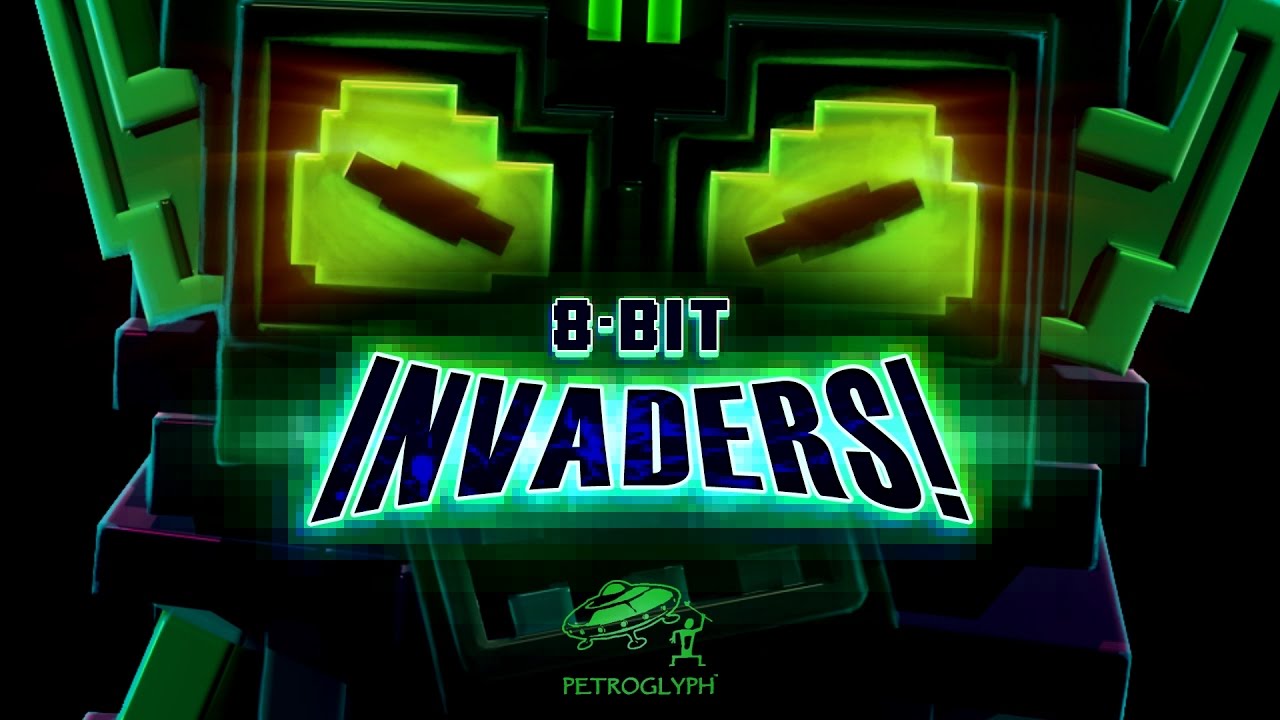 by Dead Parrot7 January 20175 min readAdd comment
Petroglyph can be regarded as a veteran team of game developers that have tended to specialize in the classic strategy genre, while still offering some fresh elements and perspectives. Apart from the 8-Bit trilogy (as of 2016), they also created Grey Goo and Star Wars: Empire at War, two RTS games that I am very fond of. So yeah, I might be a bit biased towards liking their style and approach to strategy, but I still played Invaders! through both SP and MP modes to make sure they are are as good as so many other reviewers pointed out on Steam. 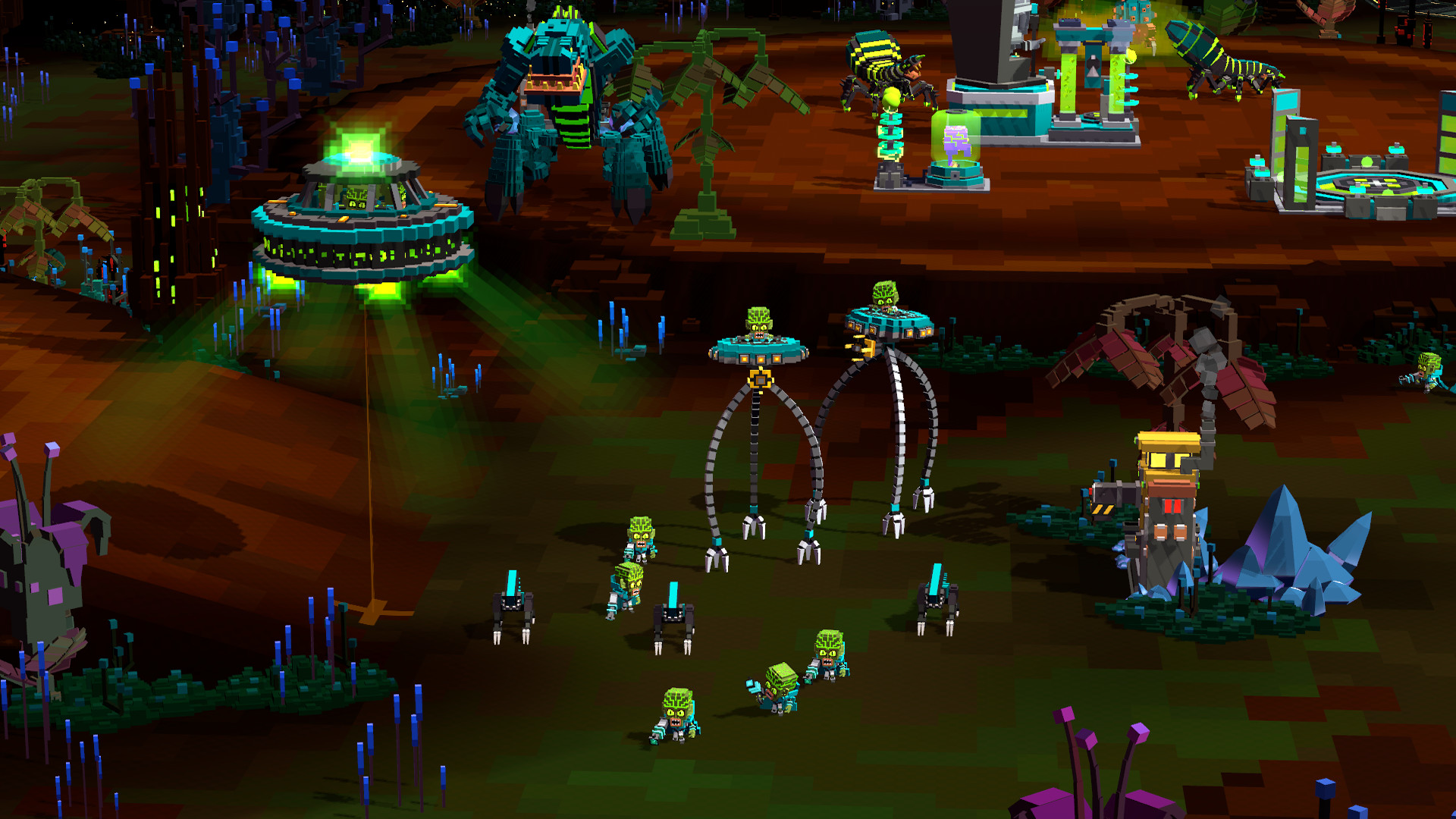 8-Bit Invaders! is a dynamic RTS, as I like to call all those that share the DNA and heritage of the gameplay mechanics made popular by the Command & Conquer franchise. Base management, resource gathering and quick reflexes (as far as issuing commands through the mouse/keyboard peripherals allow) are important features and a mission or scenario can be won or lost based on how fast you can adapt your army to greet and destroy your enemy. Such real time strategies have no tolerance for “turtling” since defense comes second to your required offensive skills. It is true that protecting your base still matters, as well as guarding the resource harvesters, but in the end you either get swarmed by your foe or you apply this tactic (also known as a “Zerg rush”) upon them. 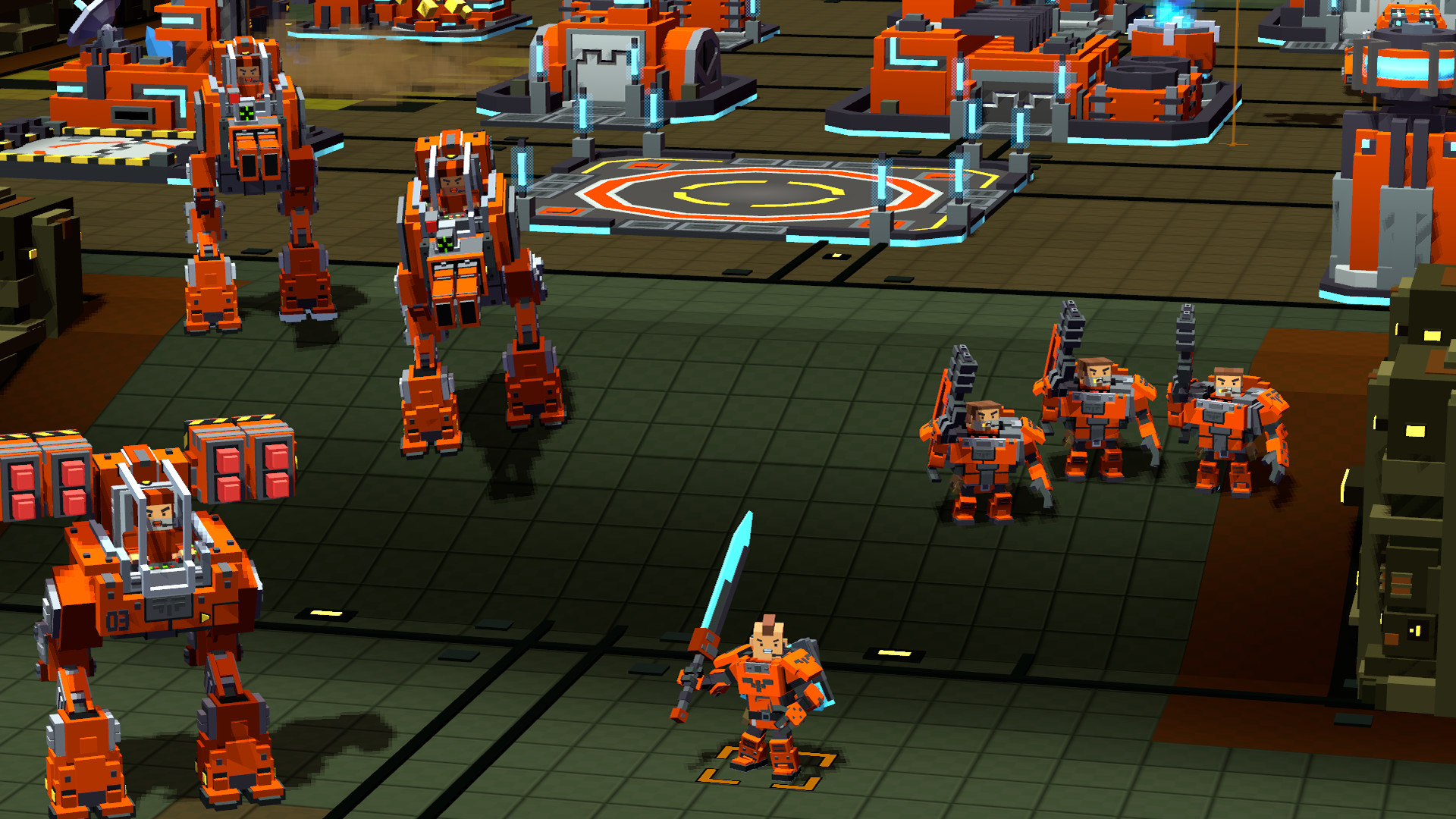 I may not be an avid player of this particular type of strategy but I can appreciate its similarity to real life blitz chess, since it takes great skill and knowledge of the gameplay mechanics to fully dominate your opponent within the timeframe of a few minutes. Discipline as well, since losing many units or even entire armies (no matter how quickly they can be replenished) does take a toll upon your self-restraint. The Co-Op campaign, at just 10 mission-long, is a prime example of patience paying off as well as a test of willpower eventually, I kid you not. The AI most likely has an unfair advantage as far as resource and unit recruitment goes, as even two human players have difficulty accomplishing all the mission objectives. 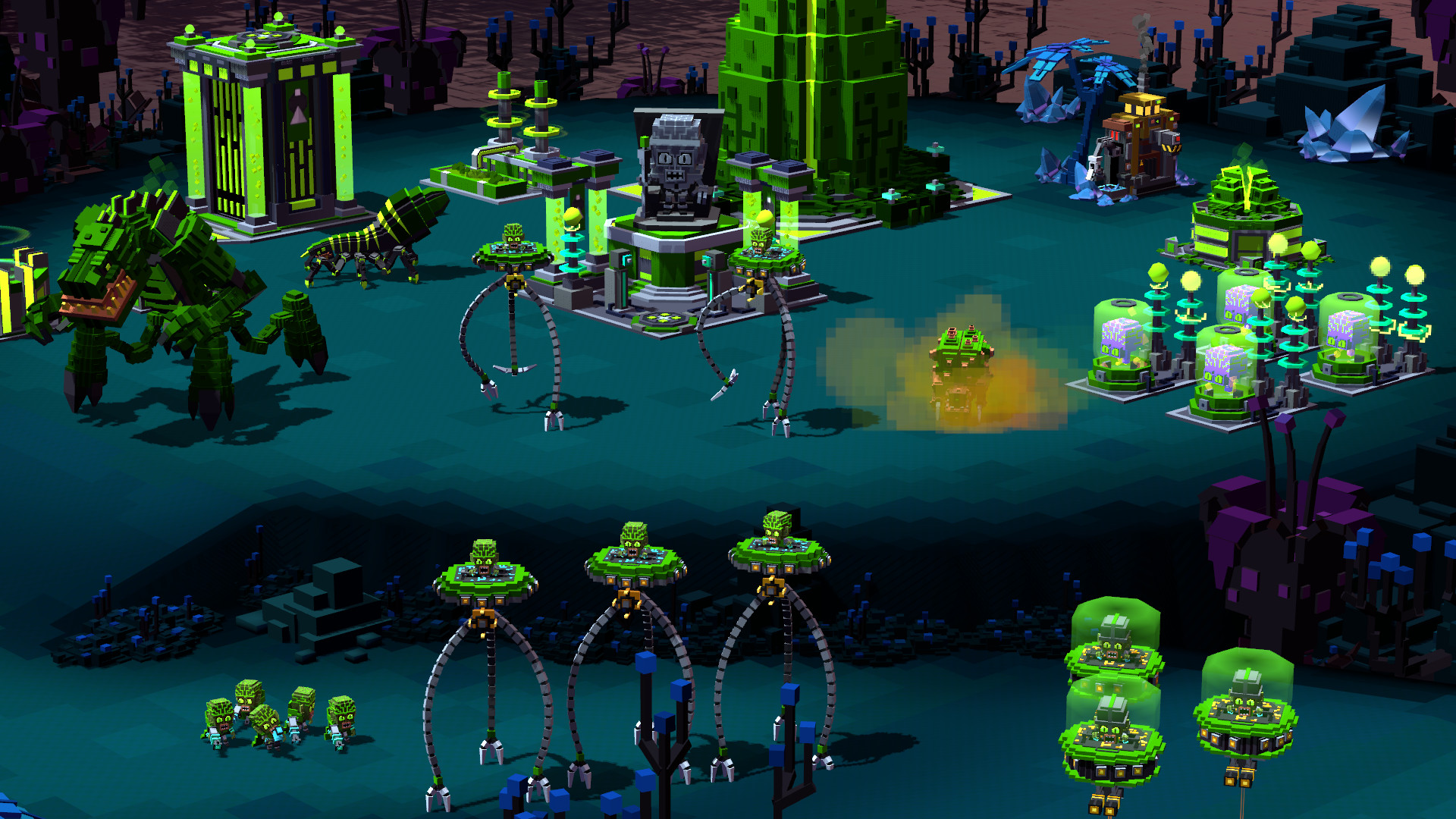 The single player campaign is fortunately more forgiving with units, tactics pacing and even a less aggressive Artificial Intelligence that manages to offer a more stable experience while presenting the different new troops and building over the course of 24 missions. There are two distinct factions and subsequently gaming experiences in which you can either control the Galactic Marines or the alien Cranioids. Both factions have similar troop and building types, but the balance seems to tip in favor of the Marines. “Conquer The Multiverse” is a very nice game mode similar to the planetary conquest from Empire at War, minus the epic outer space battles. Completing secondary objectives represents a perk system that allows players to use a bigger unit roster from one mission to the next one. As far as incentives go, it is a far better implementation than just a highscore to show off. The bread and butter of any strategy game will always remain the multiplayer component where you can test your mettle against other human strategists. I was indeed pleased by the fact that you don’t have to “grind” in any certain game mode in order to fully enjoy the entire unit roster for either in-game faction. You can always train yourself in the skirmish mode against the AI before fighting against your fellow Steam players of this game. 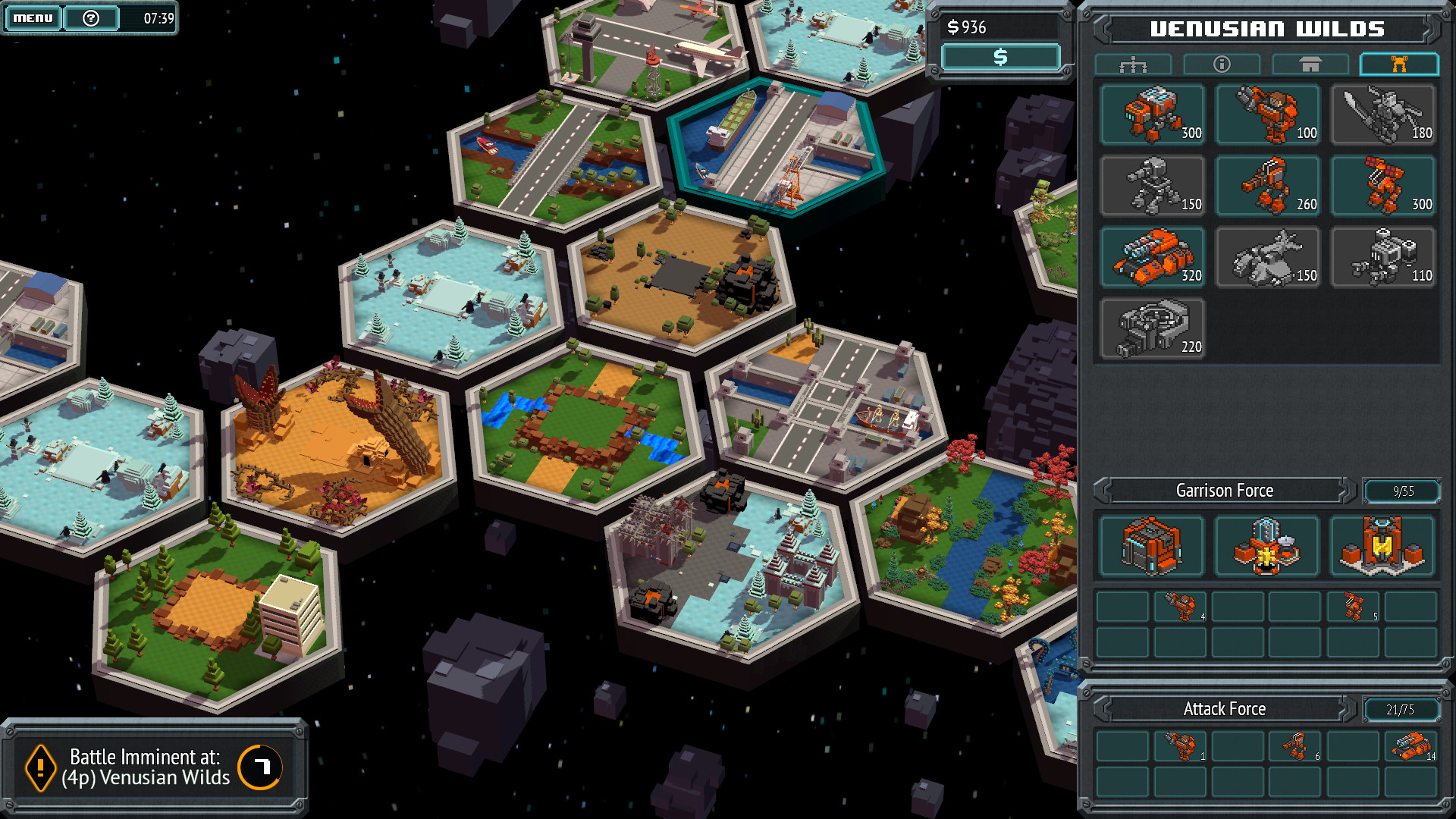 As it is expected from this developer, Invaders! looks great (emulating an almost retro-like pixelated style) and the ability to zoom in or out on the battlefield truly highlights the well-thought-out level design on each distinct stage. Do not mistake this game for Starcraft with visible pixels, as it has a charm of its own. Sounds felt repetitive but, ironically, quite sparse. Some units offered no audio feedback upon selection or when a command had been issued. In the end, one thing is certain: the 8-Bit series has managed to revive the old school feel of Real Time Strategies from a long passed gaming era. What is even more fascinating is that it managed this difficult feat while also adding its own spice and flavor into the mix, ensuring an RTS that can stand on its own even without the homage it addresses to its many genre predecessors. 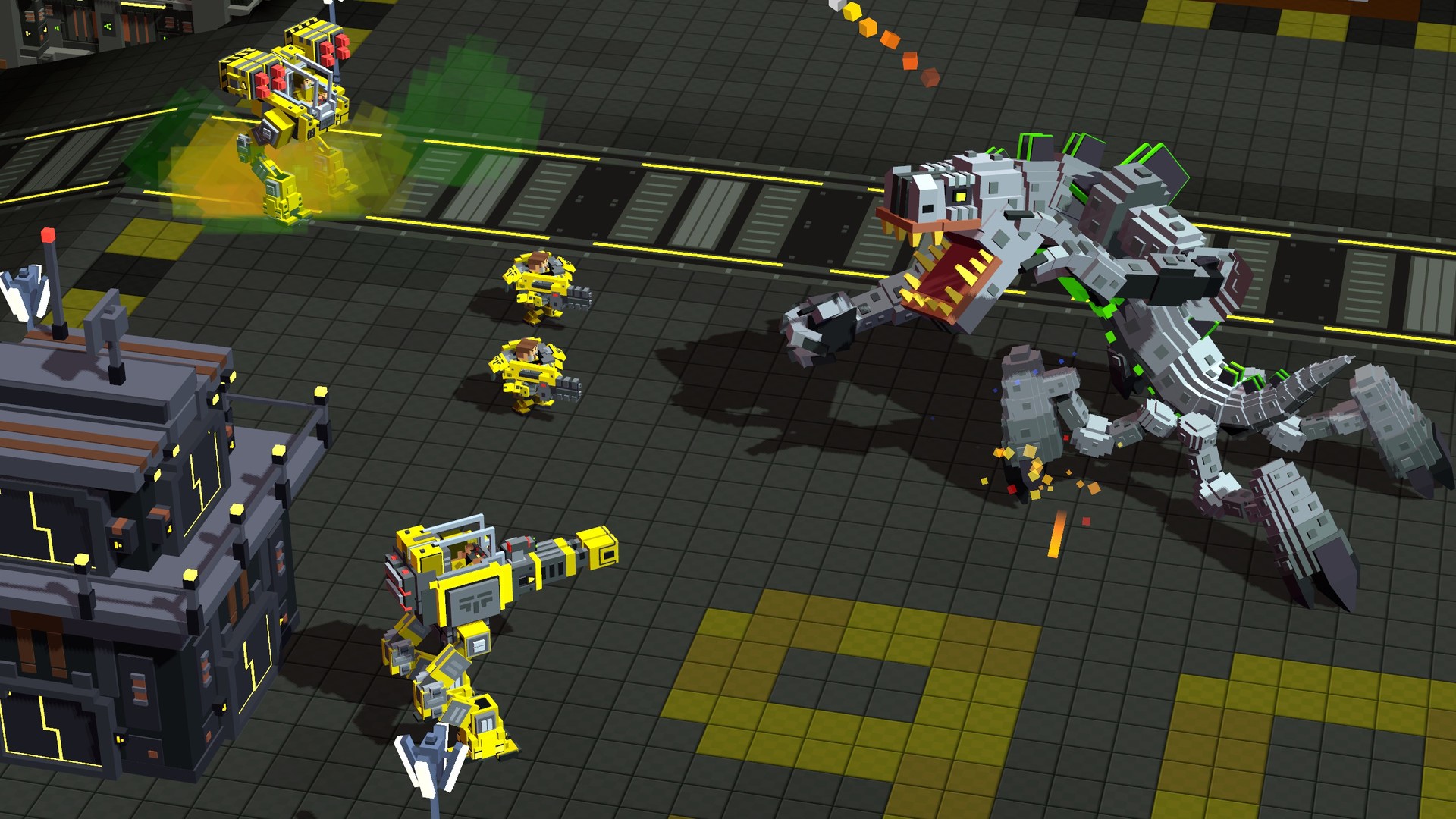