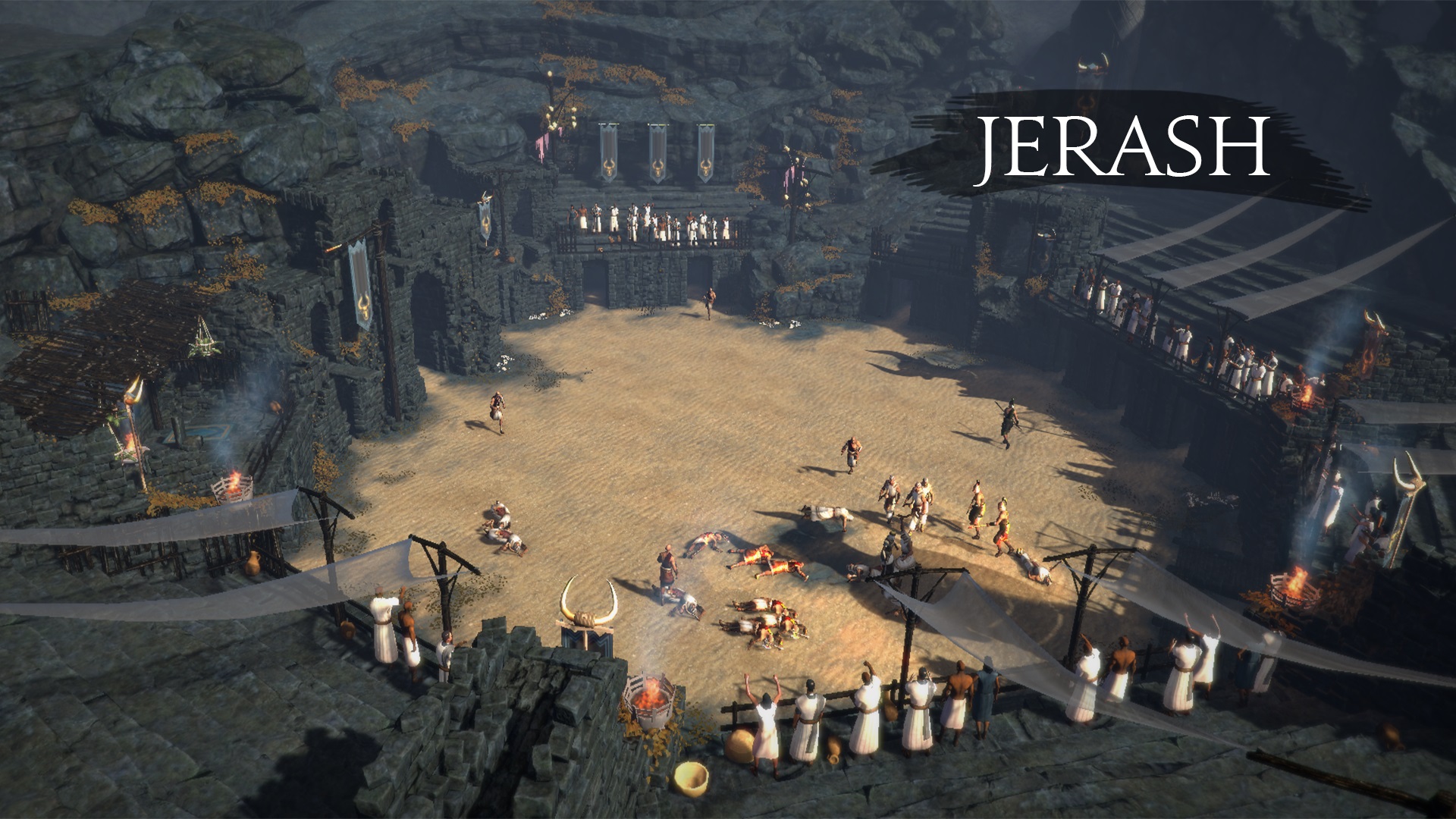 The game takes place in an unusual setting: Canaan before the birth of Jesus Christ during the reign of David. You must fight in the arena and discover what the commander of your enemies is thinking of. A simple story that also features completely optional story told as comics books that explore the lore a bit more. 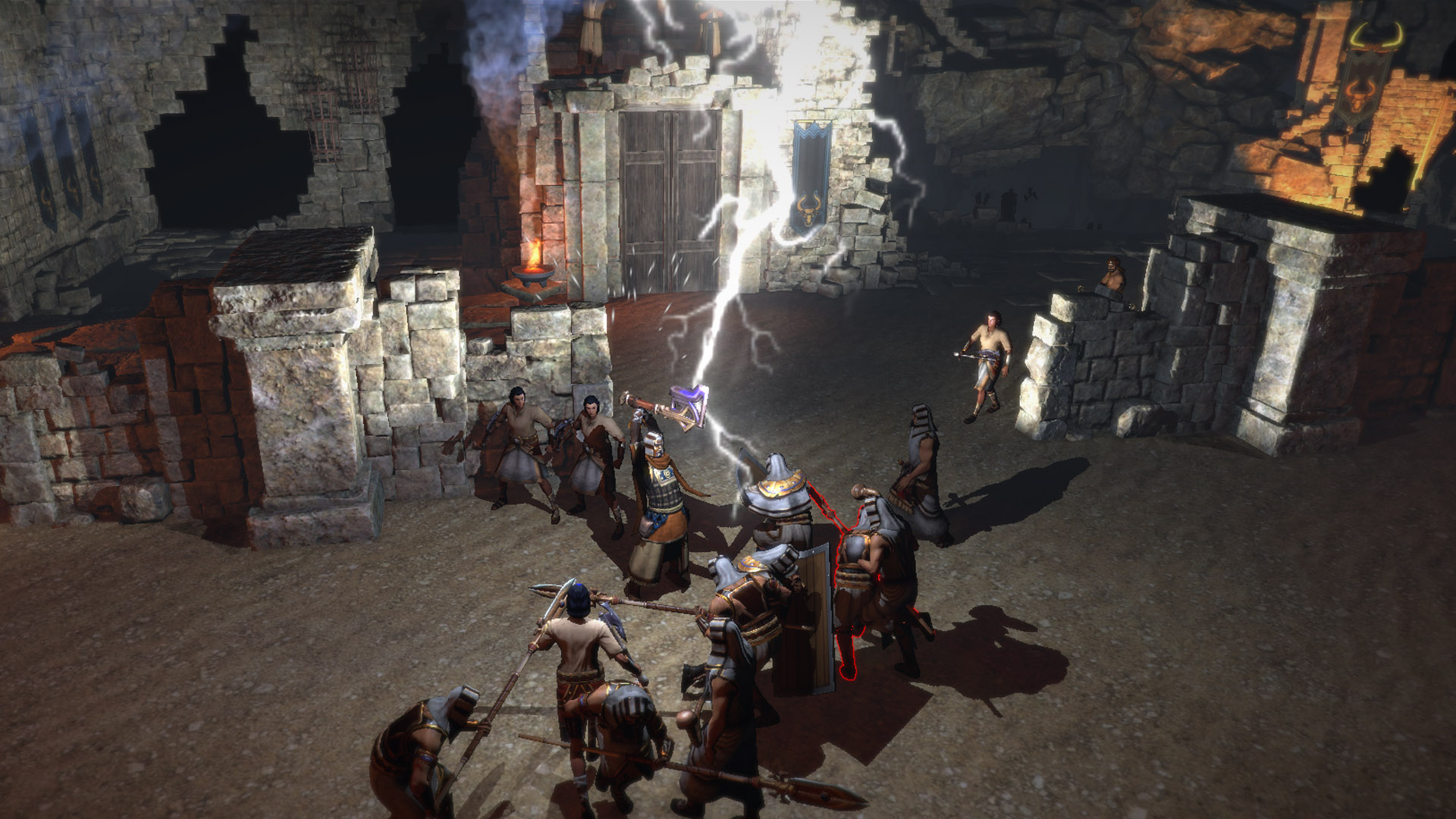 The game looks pretty decent, and there are multiple options to enable. However, there are also plenty of bugs mostly related to ragdolls flying to the other side of the map, or getting stuck when near some walls. There is good variety in the look of enemies, even though the mini-bosses are practically identical.

The game is an arena action game. After you have created your character by choosing alliances and what not, you can play in multiple arenas or complete story missions (which are nothing more than playing in a different arena). You can equip one among multiple weapons that you can either buy at the marketplace or loot at the end of each round. Each weapon type is unique with its own set of attacks, and you need to change your playstyle since newer weapons are usually better.
The game plays very well with a controller, but it’s a little clunky with K/M. Fighting in the arena will get very tiring after a while, making this a great game to play in bursts of 30-40 minutes at a time. 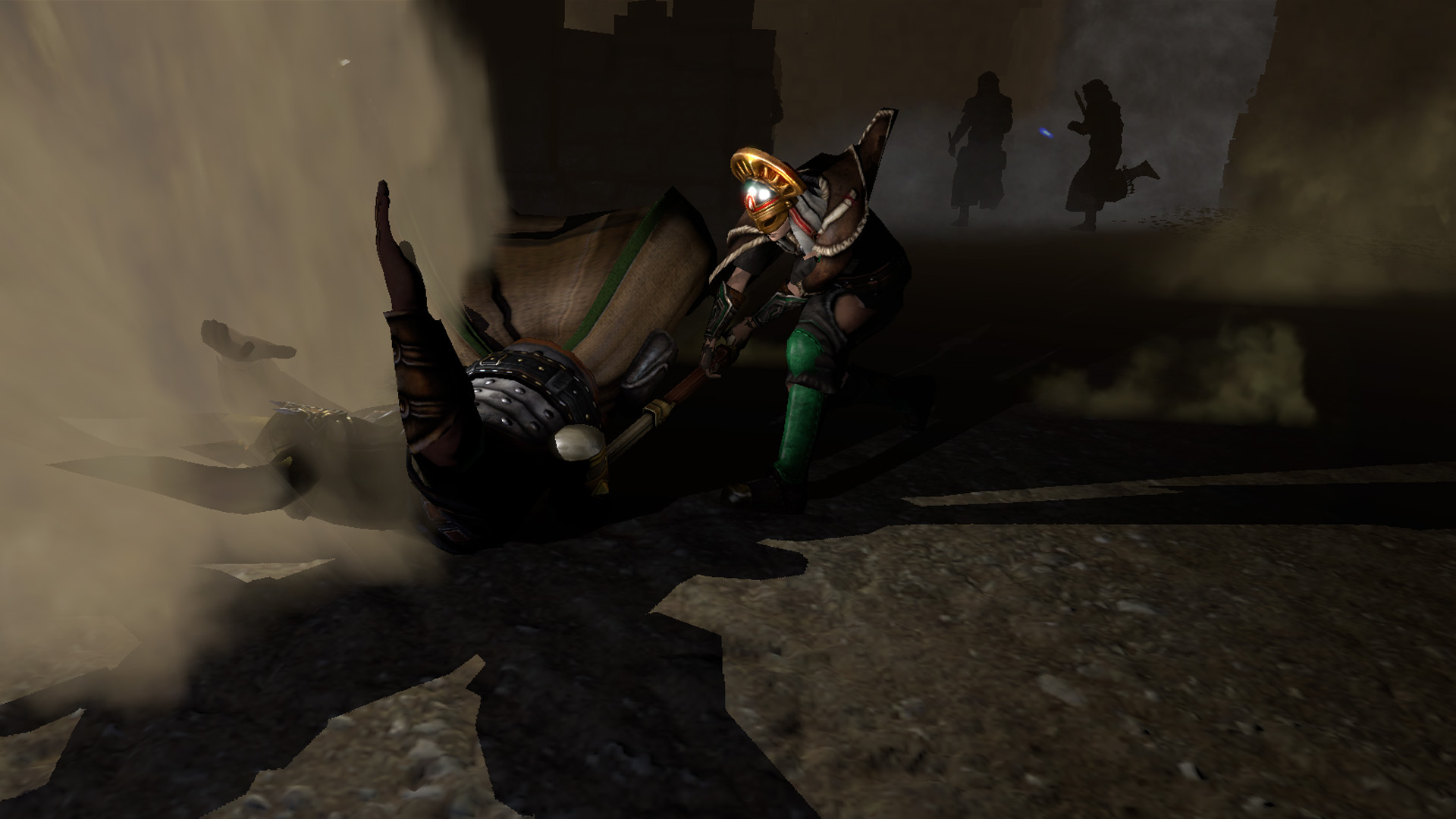 The game usually requires you to spam your special abilities in order to win. Some enemies (mostly archers) force you to roll in order to avoid their painful attacks, and the mini-bosses can be quite challenging when there is more than one in the arena.

The soundtrack is pretty good (even though a tad repetitive if you stay too long in one arena), the sound effects are not effective and don’t pack a punch, and the voice acting ranges from decent to laughable (especially when someone is getting hit).

Each arena consists of 100 rounds, making this 5$ game last quite a lot. Plus, there are 49 achievements to unlock and story missions to beat. 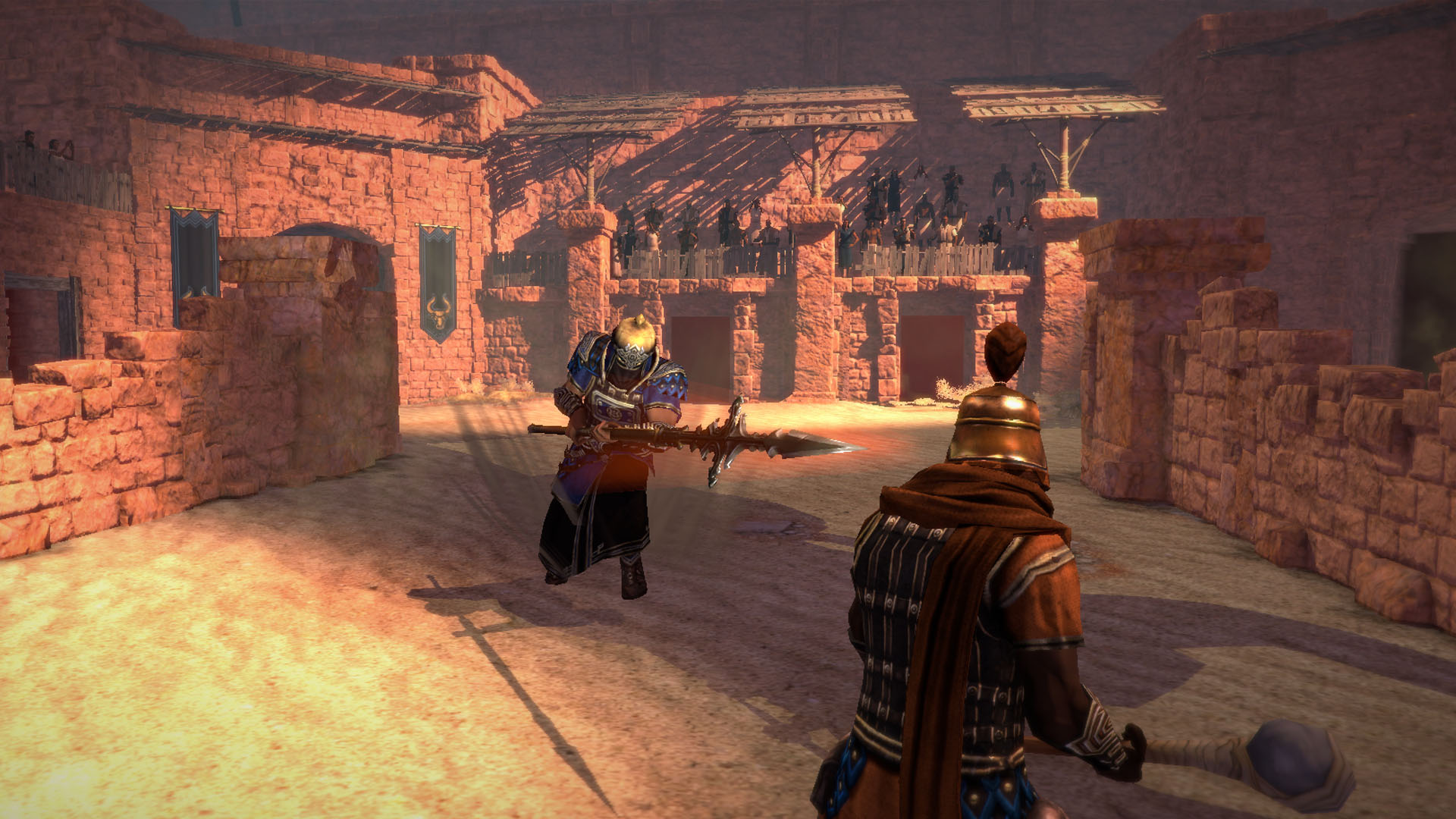 Overall, FIVE: Champions of Canaan is a fun and highly replayable (albeit repetitive) arena game. Worth at full price!