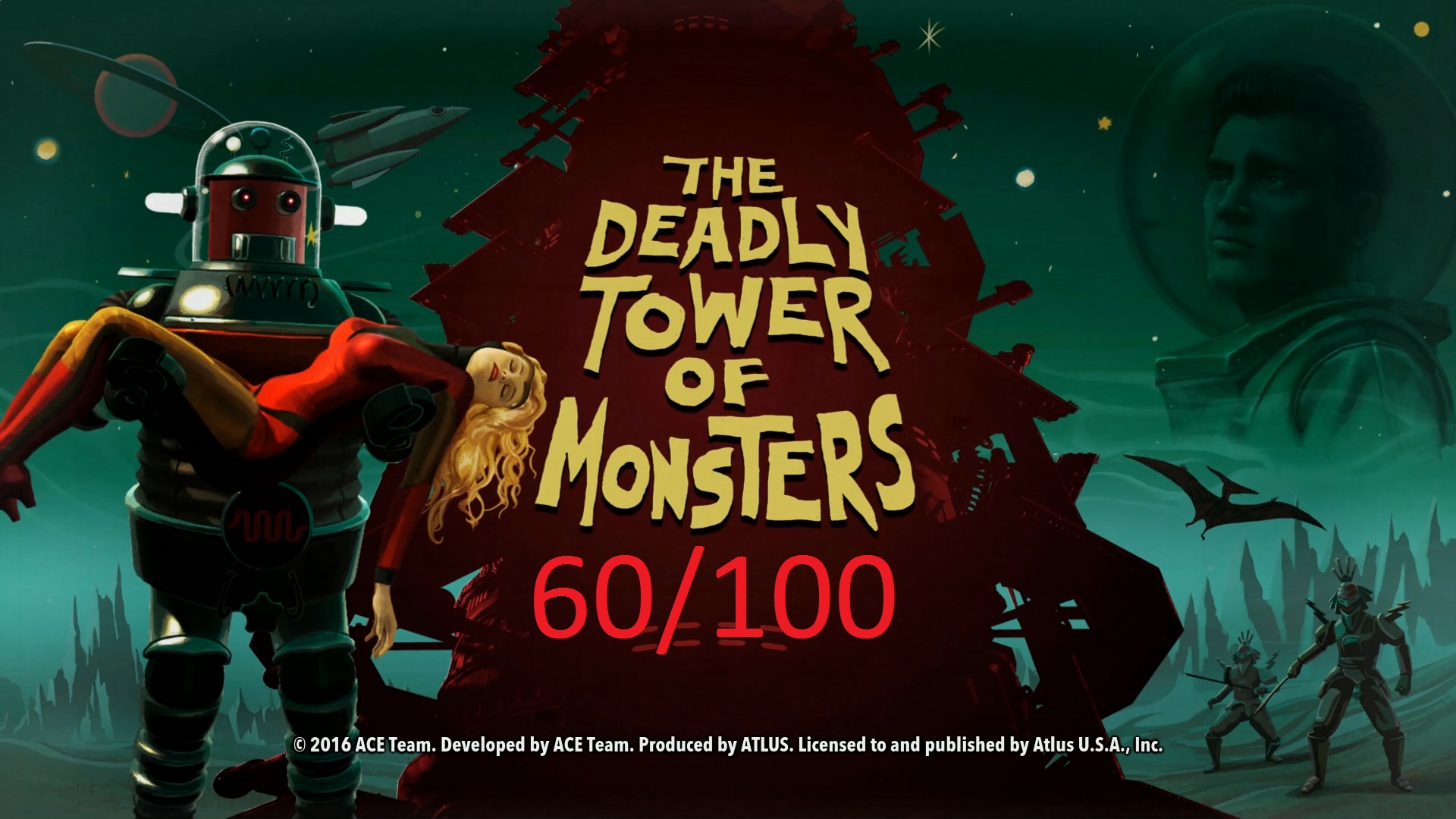 REVIEW: The Deadly Tower of Monsters 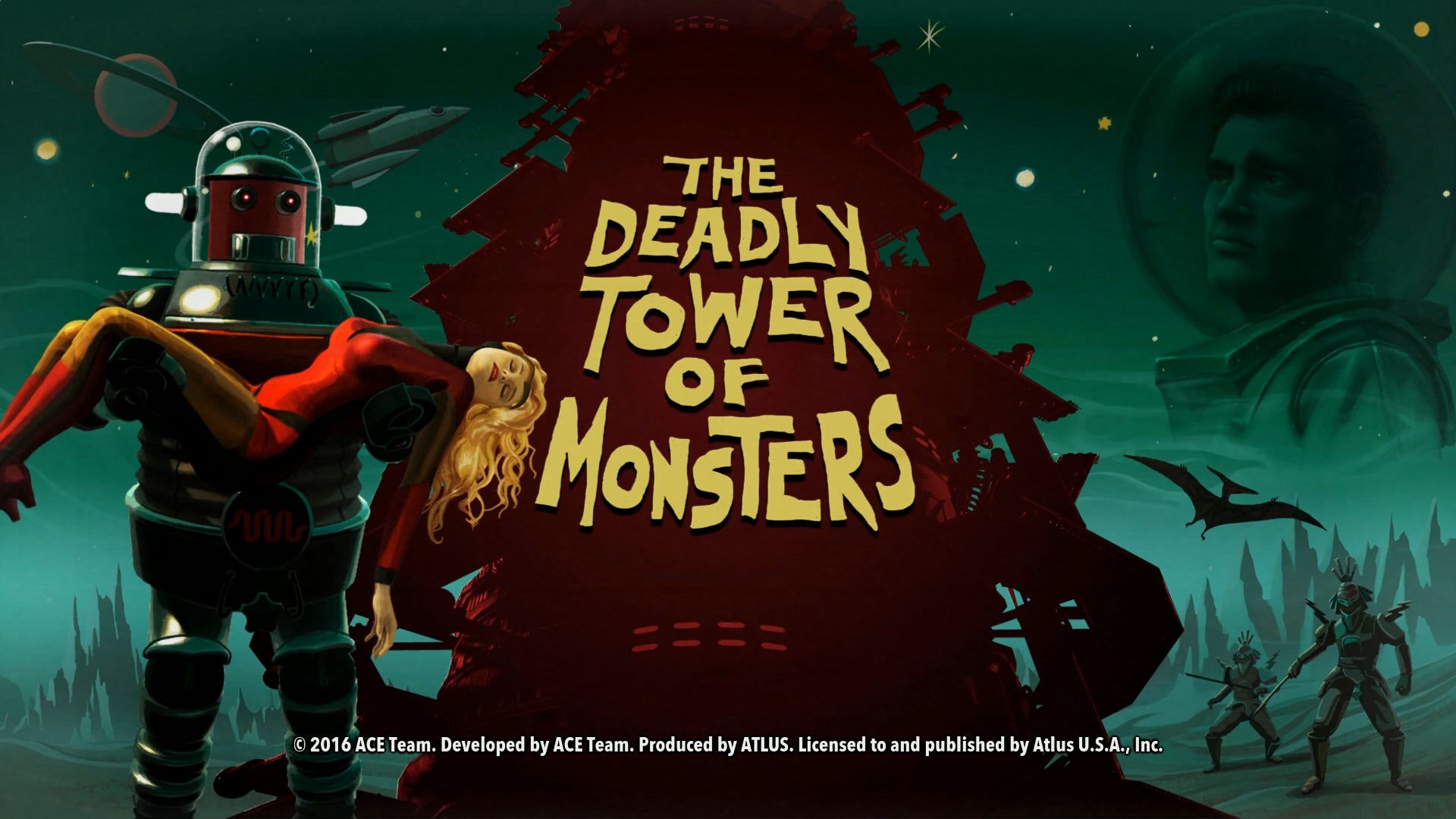 The Deadly Tower of Monsters is a parody of Hollywood B movies from 70s. That’s the main reason why I have chosen this game. I like playing parodies and I like games with retro setting. 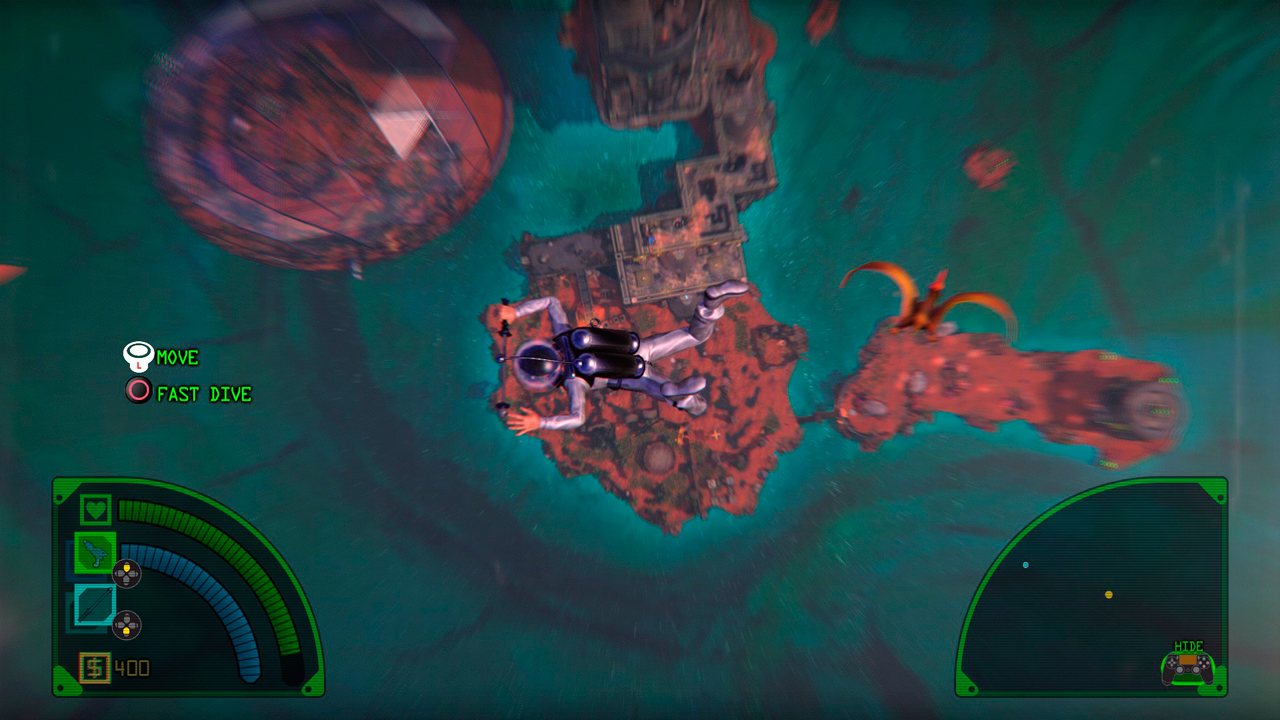 The illustrious space explorer Dick Starspeed has crash landed onto the mysterious planet Gravoria. With his rocket ship out of commission and his trusty companion Robot nowhere to be found, he sets out to explore this new world and its hostile inhabitants. That’s the story of this game/movie, because you are playing inside a movie, with movie director giving his comments. Dan Smith is the movie director that will talk throughout the whole game. I managed to finish this game in 4 hours, so prepare to listen someone most of the time. I really petty this guy, because he thinks he made a great movie, but we all know the truth. Just for the record: The Deadly Tower of Monsters isn’t a real movie, I searched. 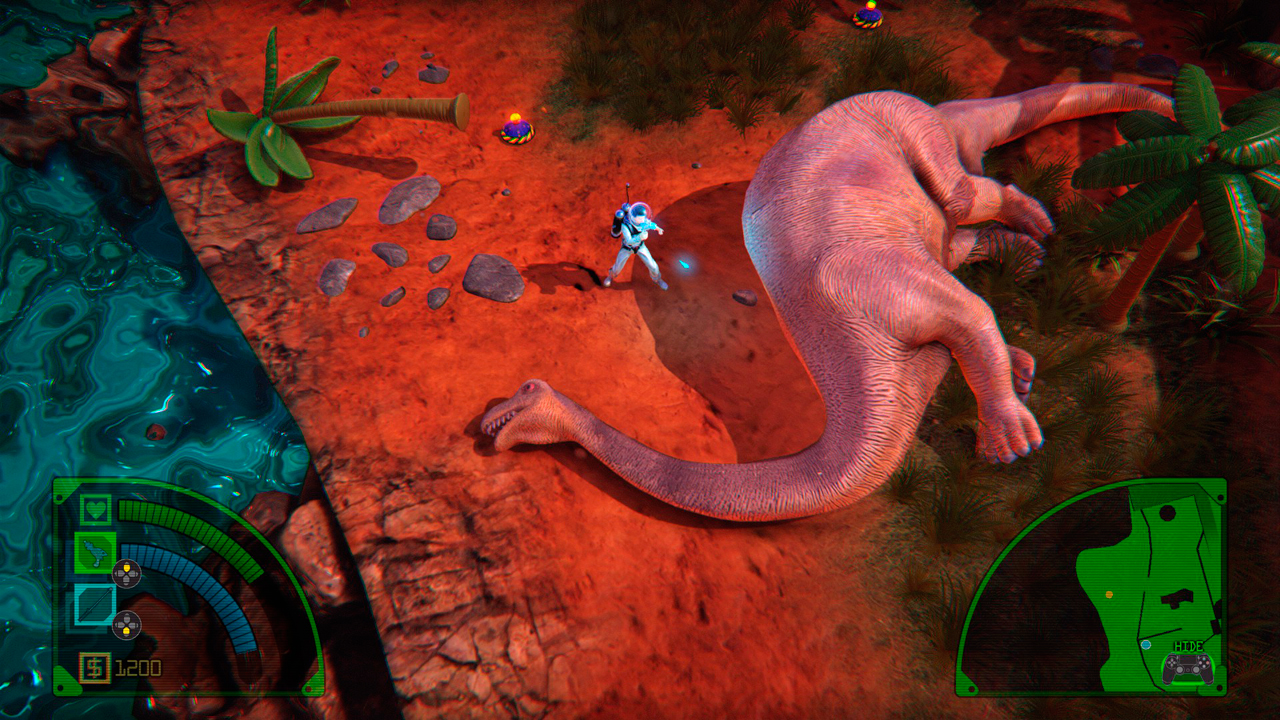 This is a 2.5D sci-fi action adventure game, with a lot of everything. You will find robot monkeys, aliens, giant octopus, nuclear ants. It seems that some stuff was taken even from earlier sci-fi movies, like from 60s, maybe even from 50s. The developers really hard worked to make an authentic atmosphere. From graphics, sounds, music, costumes, just everything. You just have that real feel of the time that game is in. Also you can always change the sound in the option, do you want a VHS sound or DVD sound, same is for graphics. If you want the game to be as authentic as it can be, then you should choose VHS for both sound and graphics.

Since this is a 2.5D or a top down camera, but not completely top-down, you could have some camera problems, because camera is fixed, you can’t press and hold the middle mouse to rotate the camera, also you can’t zoom in or out, the game do it itself, but only in some occasions. I wanted to tell you that first, because I will talk about battle system. It’s not bad, I mean for a top down view and third-person, it’s ok. You will not or you shouldn’t have problems with enemies. There is an option to play in a hard mode, I guess it makes enemies harder? In 3.5 hours of playing I found around 10 of both ranged and melee weapons. You will find sabers, swords, whips, radio wave gun, tesla gun, rifle and others. Your characters can carry two ranged and two melee weapons and you can use one of each, but not in the same time. In the beginning you will have some light weapons, but since enemies aren’t tough, it doesn’t matter really. Each character has their own power ups and sometimes you will need to switch characters in order to go further. For example, at one point you will need to slow time, so you could go through the moving fan. With left click you do a melee attack, if you spam the left click you can do standard combos and if you press and hold the left click for 2-3 seconds you can do the stronger attack. With right-click you shoot from ranged weapon. Ranged weapons don’t have ammo at all, instead, the game have an energy system for ranged weapons. Overall the battle isn’t bad, but it’s not something that will blow your mind and you can’t really expect that from this game. Moving and navigating in the game is good and easy, but sometimes you could have problems, because of camera angle. 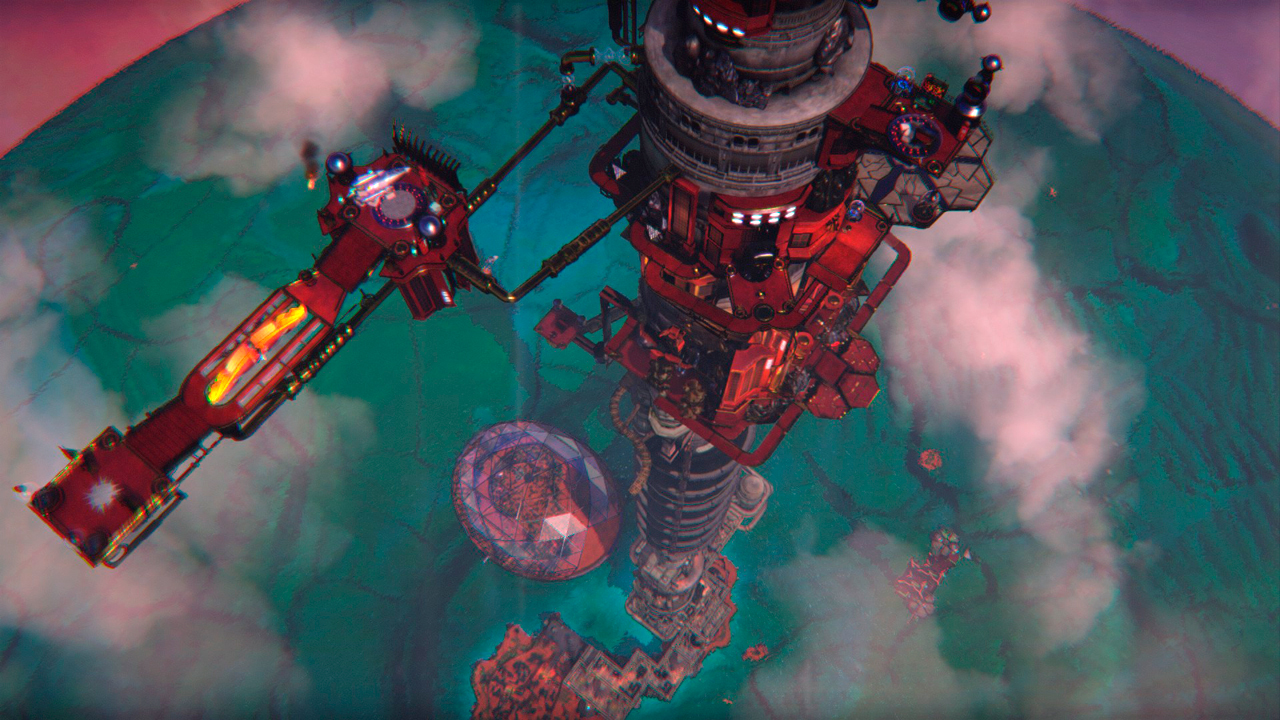 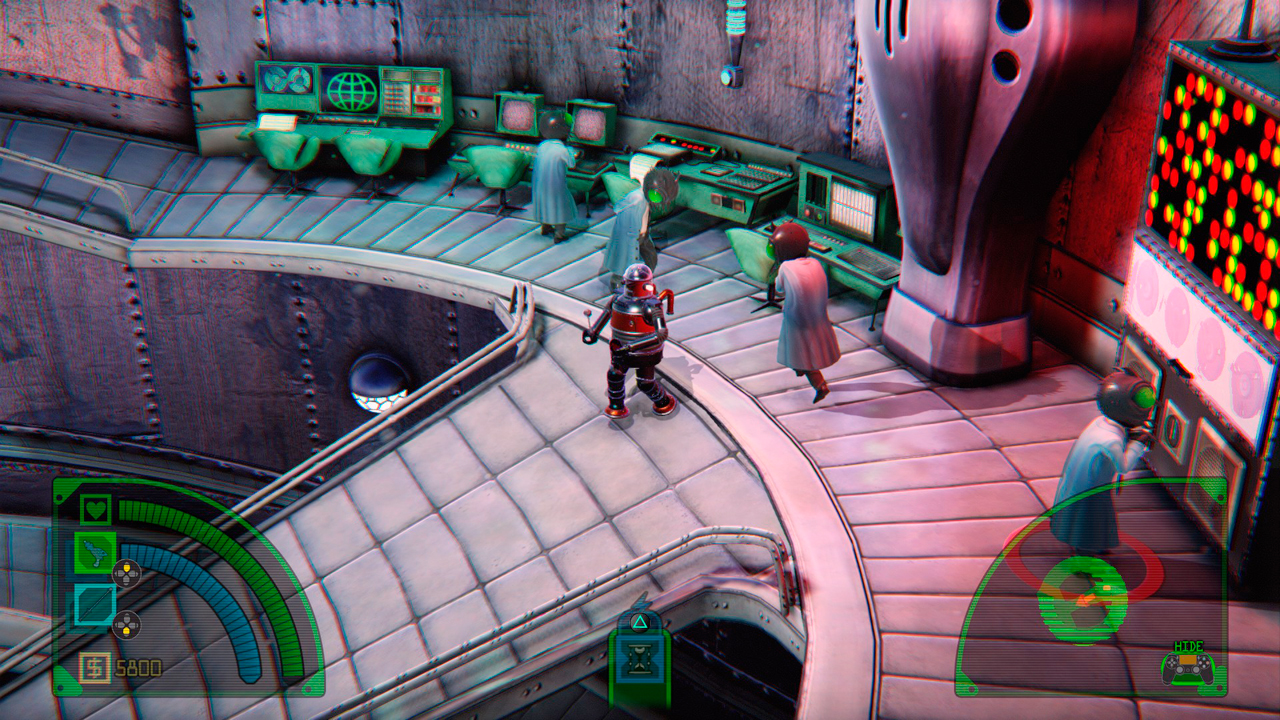 I said that game’s atmosphere is great, but one thing with which I am disappointed is the map. The whole game is happening on one map, you have one big and very high tower that reaches the space and in the ground you have some areas, but the whole game is happening on the tower and how you move up higher. That’s what makes this game a little bit boring, because looking at the same buildings, colors, enemies, I mean, where is the creativity. I know that developers are making fun of 70s sci-fi movies, but still. Another problem, well if we can call it a problem is trying to make this game as humoristic as it can be. Parodies should be funny? Yeah, but developers tried too much in this game, especially with movie director jokes and some in-game stuff that should have been 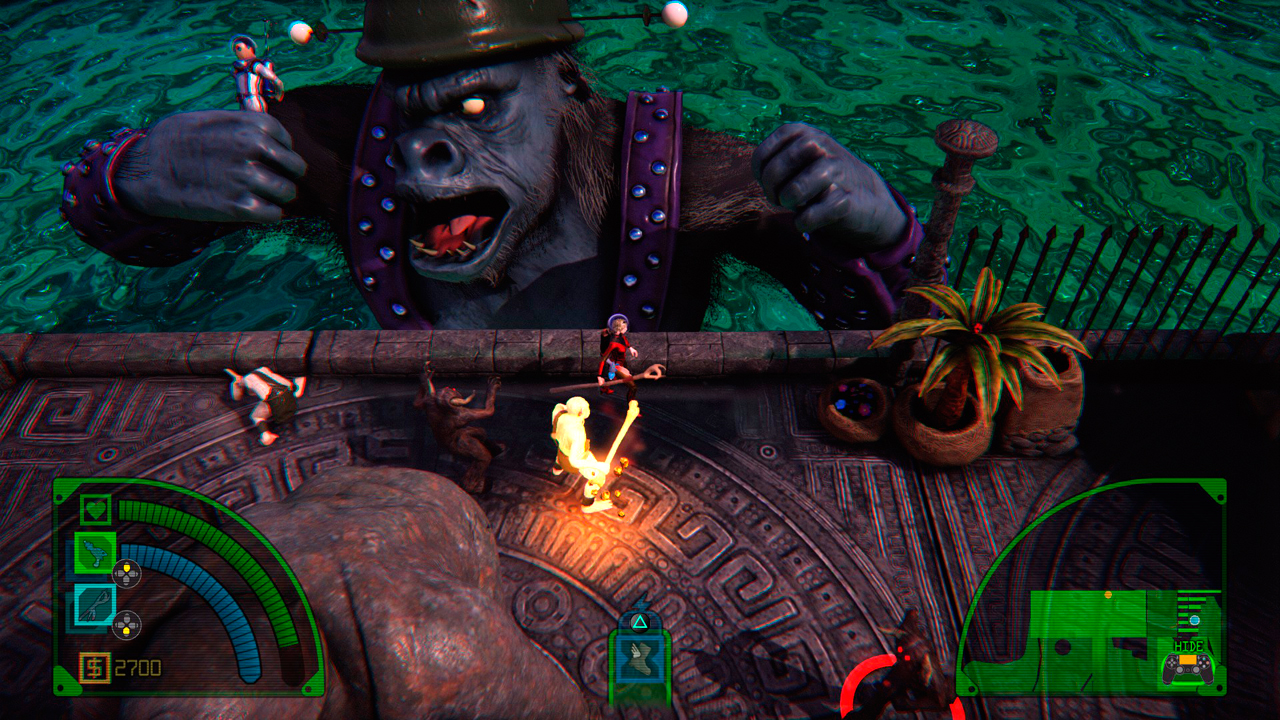 Since this is a game parody about Hollywood B movies from 70s, the game itself is almost of the same quality. This game isn’t AAA and I think it was never announced as AAA game, but still, it’s only above average. My rating for this game is 60 and there are few reasons I can’t give this game higher ratings. The game happens in one place, so it gets very boring after some time. No changing of worlds, planets. You will always see the same colors, buildings, just everything. Choice of third-person and top-down view, makes the battle and moving sometime annoying, plus you don’t have any control over the camera. The story of the game is standard, with movie director talking throughout the whole game. All in all, this game is just a little bit above the average. Price tag is €15 at the moment and for 3-4 hours of gameplay that’s a little bit too much? If you like playing game parodies, if you like those Hollywood B movies or just that retro setting, then you should try this game, if not, well, I really don’t recommend it.