Imagine if your chess pieces could EXPLODE.

We’re back at it again with another chess game. It’ll become my brand at this rate, and maybe that’s not a bad thing. Not if games like this are what keep gracing me. Chessplosion is fun, fast-paced, and daunting. I used to think I was good at chess, and then changes to the classic game continue to prove to me otherwise.

There is not a story in Chessplosion. Who needs one, really, when you’re here for the portmanteau? Playing this game means you’re here for chess concepts with a whole lot of explosions. The player character stand-in appears to be a bird of some sort, and I automatically assumed some kind of baby chicken. It’s adorable watching the piece move around and set things down, and I believe it’s also beneficial for the player piece to assume that form. I didn’t want to blow up even more knowing there was an adorably little bird that would fall on its butt and die due to my incompetence. 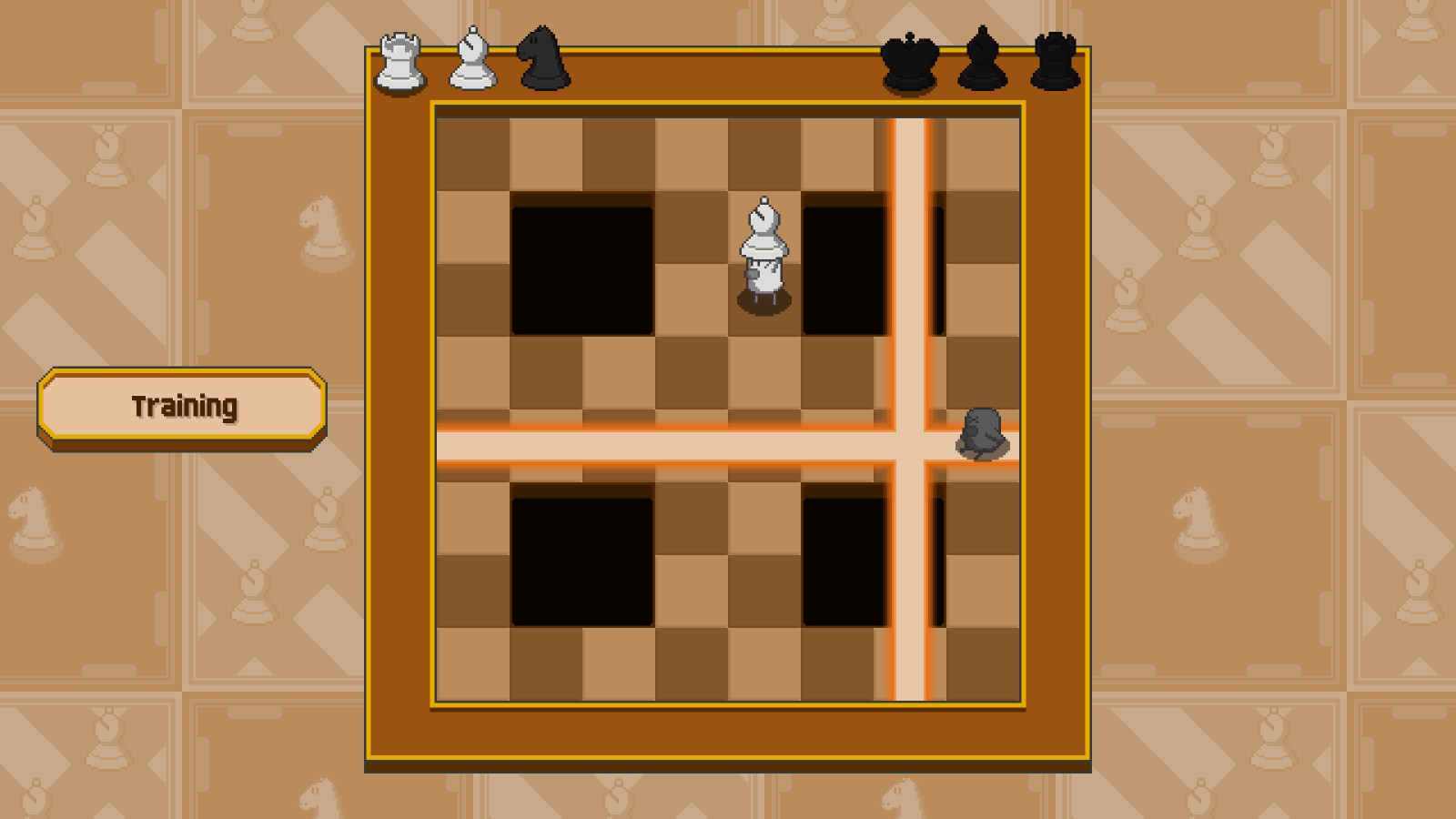 Of course, that doesn’t mean I was good at the game, but I certainly tried harder.

Pixelated, contrasting, and absolutely adorable. Levels take place on a chess board every time, but in adventure mode the colour palettes vary. Between core worlds after you beat levels, colours shift and change, and I felt this a welcome shift. It felt like I was making tangible progress after all, something I saw with every movement I messed up and died to. Which, y’know, happened a lot. 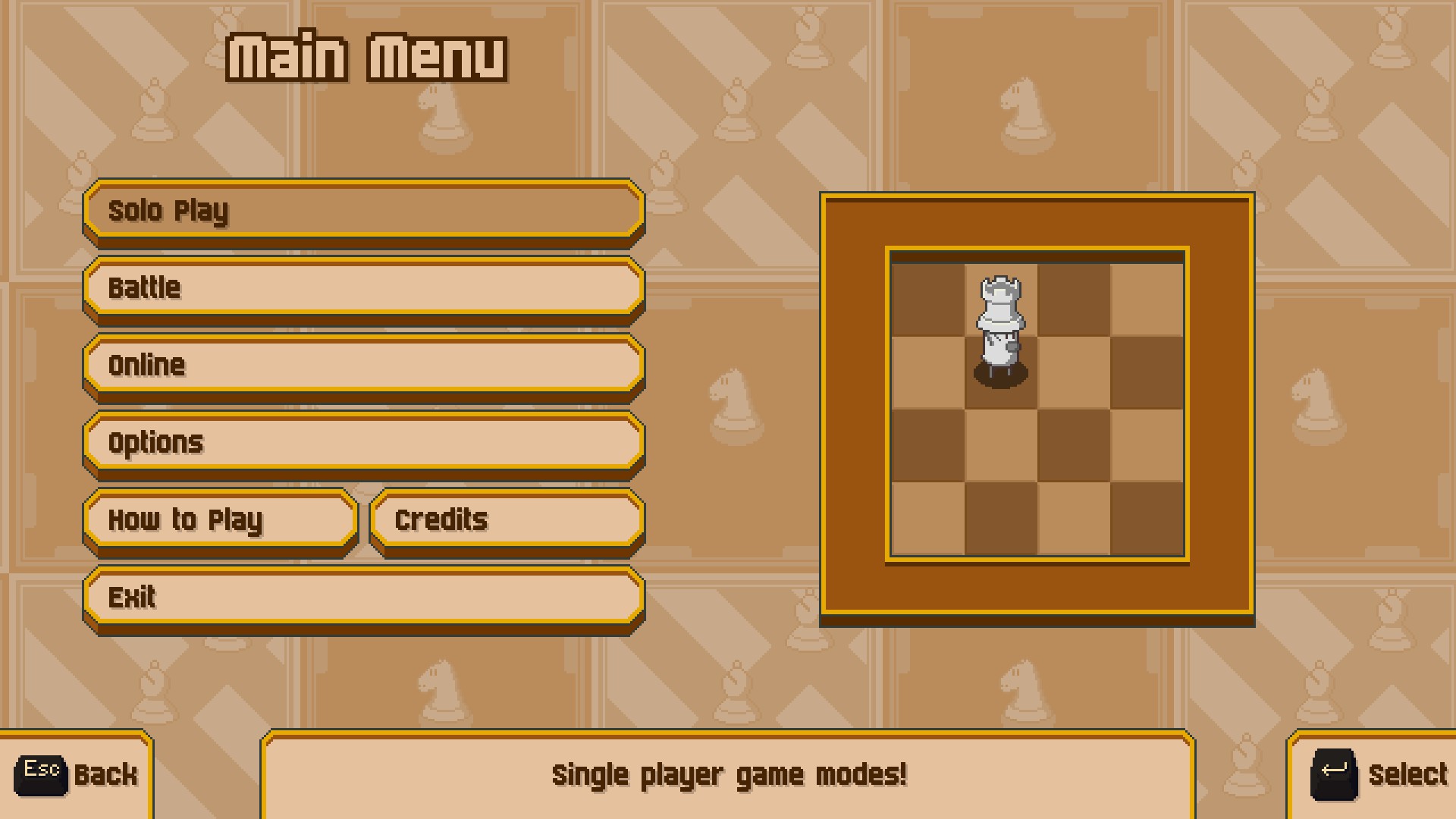 This is the most important part of the game, where chess meets explosions. That’s why we’re all here, right? The game has multiple options for gameplay modes, allowing a generous amount of replayability. There’s an online mode to play against other players of course, but also a battle for local play, and a solo play option. I played the game entirely in solo mode, which gives us even further options. Adventure, puzzle, survival, arcade, and training are all sub-options within the solo category. Adventure allows the game to play out through multiple levels in ‘worlds’, starting from 1-1, then 1-2, and so on until you get to 2-1. Every puzzle is different, and there are optional levels as well as survival options available once you defeat the boss of the region. 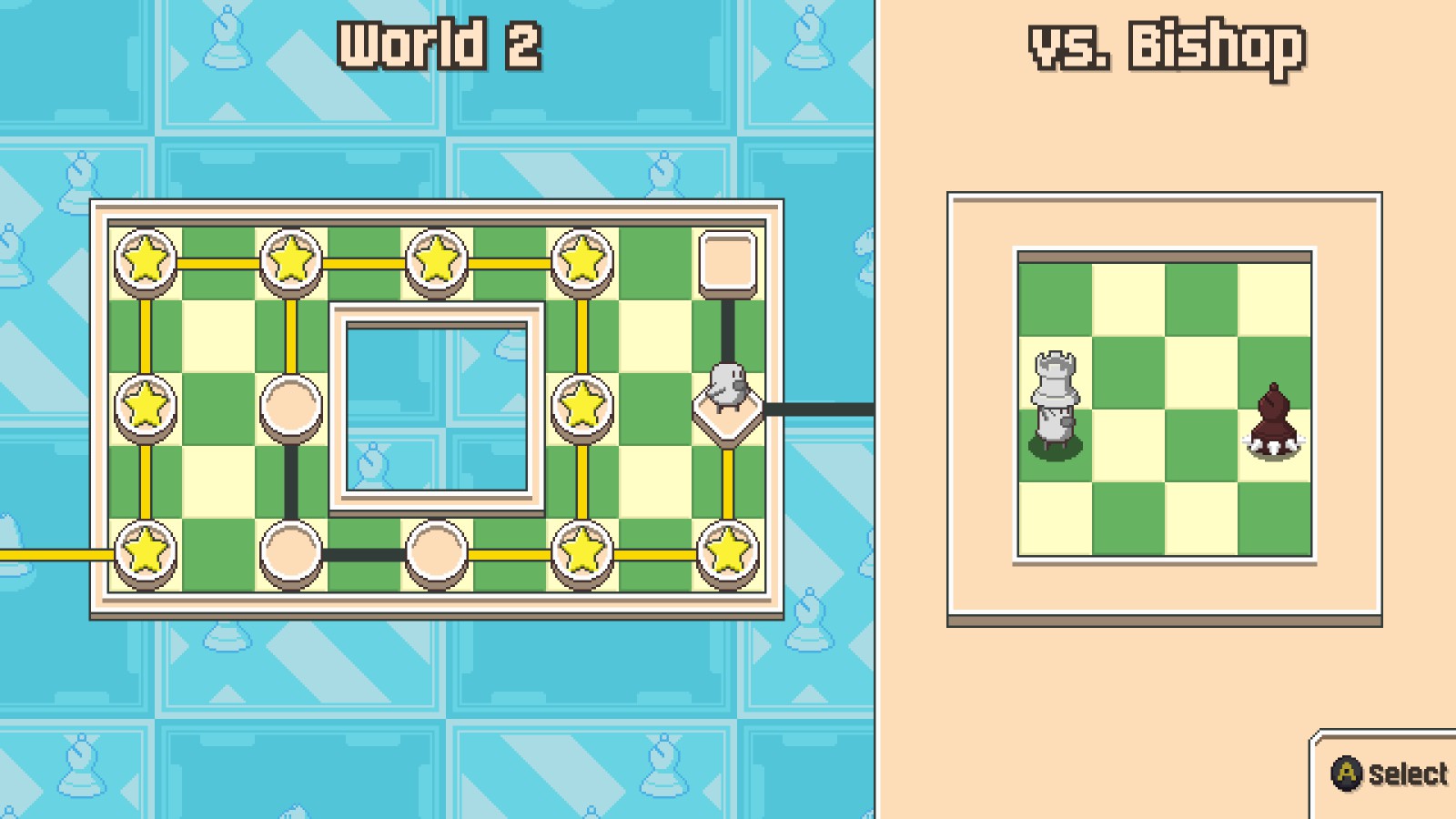 The silly little chicken player character always has a piece over their head when you begin a level. This will show which piece you’re about to set down when you hit either enter or your x button, if you play with a (Playstation) controller like me. Multiple pieces can be placed in quick succession, though this becomes increasingly difficult to control as your pieces all explode outwards after a few seconds (or after they’re hit by a projectile from an enemy piece). The types of explosions do adhere to typical chess rules for each piece, at least, though there are some unexpected variables. The rook shoots a straight line laser in the directions that it can move- left, right, up, and down. The king explodes in a square space radius one block around him in all directions- but it’s a solid square rather than lines of any sort. The knight will hit any square in an L shape away from where it’s currently positioned, though these are all projectile orbs that land a second after the piece is placed. Mastering the pieces was a difficult part of the game- but not the hardest part. 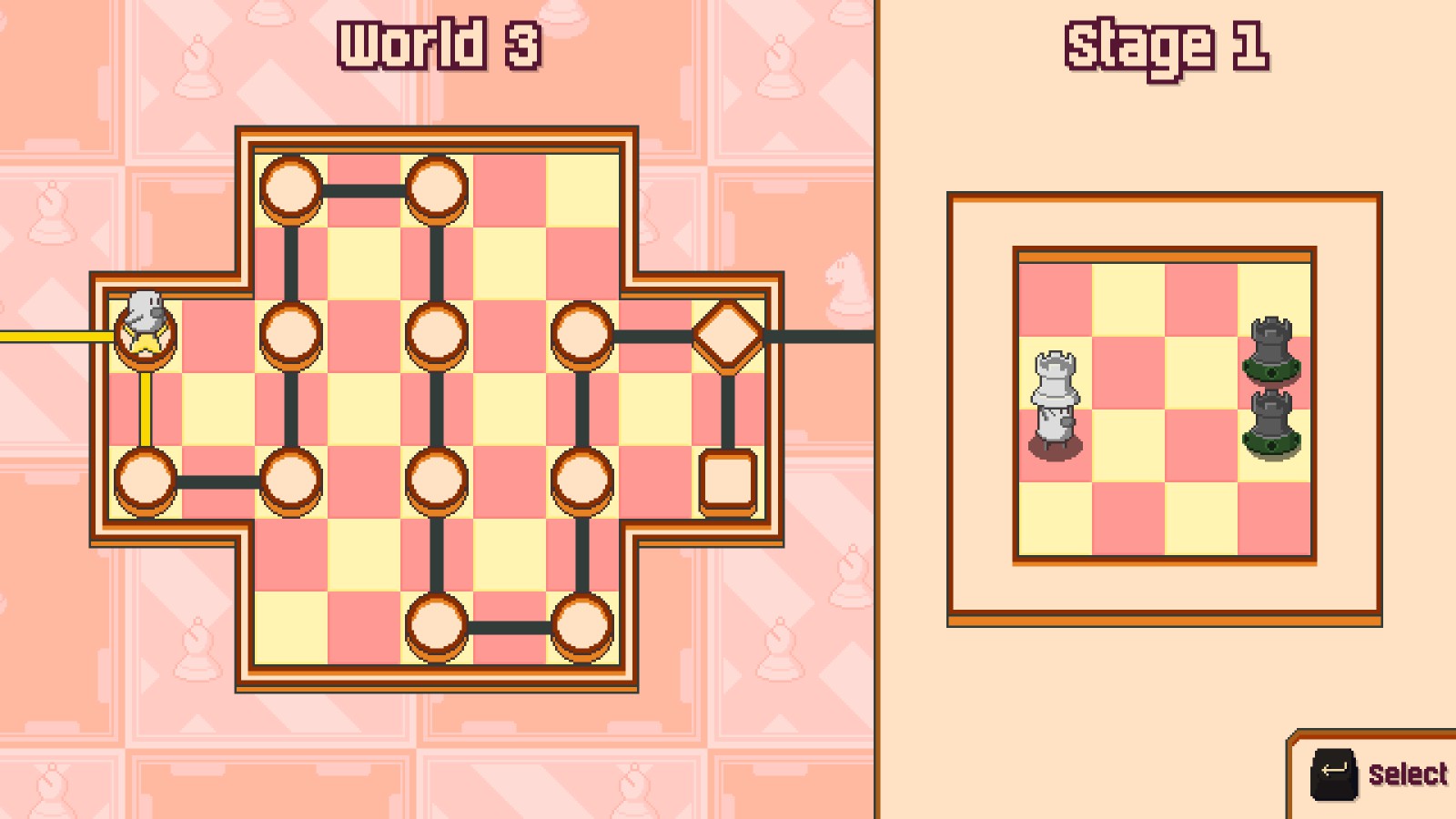 Instead, the hardest part of Chessplosion is dealing with the AI. If you were simply trying to blow up stationary pieces- as is the case in training- that would be easy. Instead, you’re up against pieces that perform the same functions as the ones you’re laying down, sometimes multiple instances of the same piece. When you’ve got four rooks all trying to run into you and touching them also kills you, things get hectic fast. The game then sometimes mixes the pieces up, meaning you’ll be facing down a bishop, two rooks, and maybe a knight…and then comes the boss levels. These are at the end of each “world”, and these pieces have health levels that determine how many times you must kill them to truly win the level. On top of that, they spawn allies that cause damage around the map, leaving far fewer safe zones than there would be from minor enemies.

If you like chess and you’re looking for a game that puts a spin on it, then this might be a good pick for you. This game, especially, embraces the puzzle aspect of the genre, and with additional game modes, there’s plenty of options. Blow up AI! Blow up your friends! Solve puzzles (by blowing them up)! So long as you’re ready to blow things up, you’ll have a great time.