When washing your clothes turns into your worst nightmare.

First-person horror games are booming on PC, and my favorite subgenre is the “PS1-era” aesthetic, with low-poly models and chunky pixels. Not only are the graphics creepy and surreal in and of themselves, but they are an excellent support for our imagination to fill in the gaps. While my favorite representative of this subgenre is MOTHER, most people are more familiar with Paratopic. Let’s see what Bloodwash has to offer.

We follow the journey of Sara, a Bachelor’s student trying to balance life, school, and job hunting. She has a job interview the following day, and she needs fresh clothes to put on. She soon learns that the building’s washing machine is out of order, which brings her to a laundromat outside of town. If that wasn’t enough bad luck, a serial killer is on the loose… 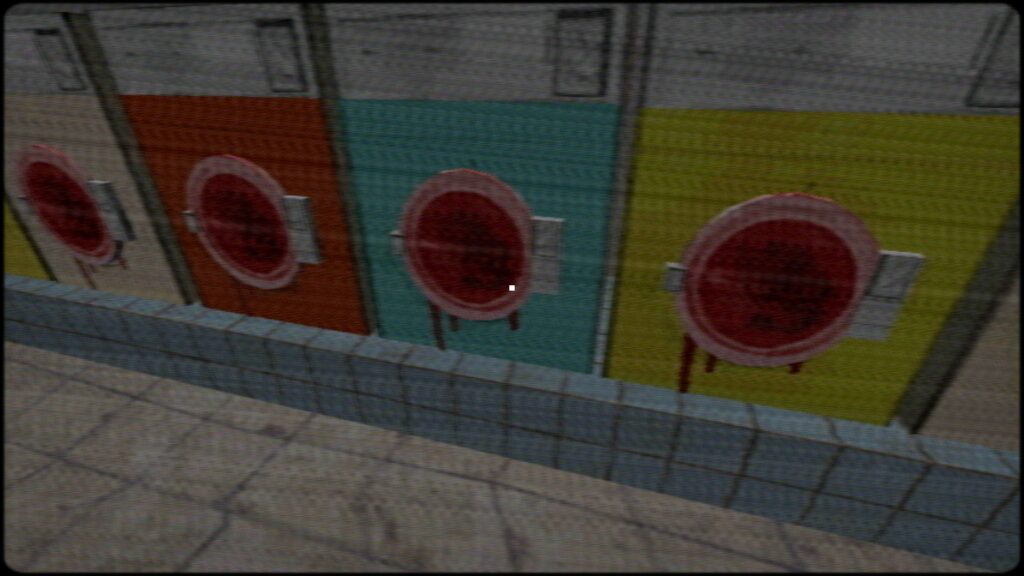 How Does It Play

The gameplay is rather simple: you walk around and interact with people or objects. This is not a “haunted house” in which you need to pick up X items before you die, nor an escape room with imbricated puzzles to solve, but rather a story to follow. Except that it is not strictly linear like a movie, rather than being stuck in a corridor you have a small area to explore and truly live your life as Sara. For example, once at the laundromat, you can visit the stores around and talk to the clerks. Most actions are done automatically by pressing E or the mouse next to a point of interest, there is nothing complicated nor annoying like an inventory system that goes in the way of playing. In other words, anyone can play this game and expect minimal friction to be able to enjoy the story. 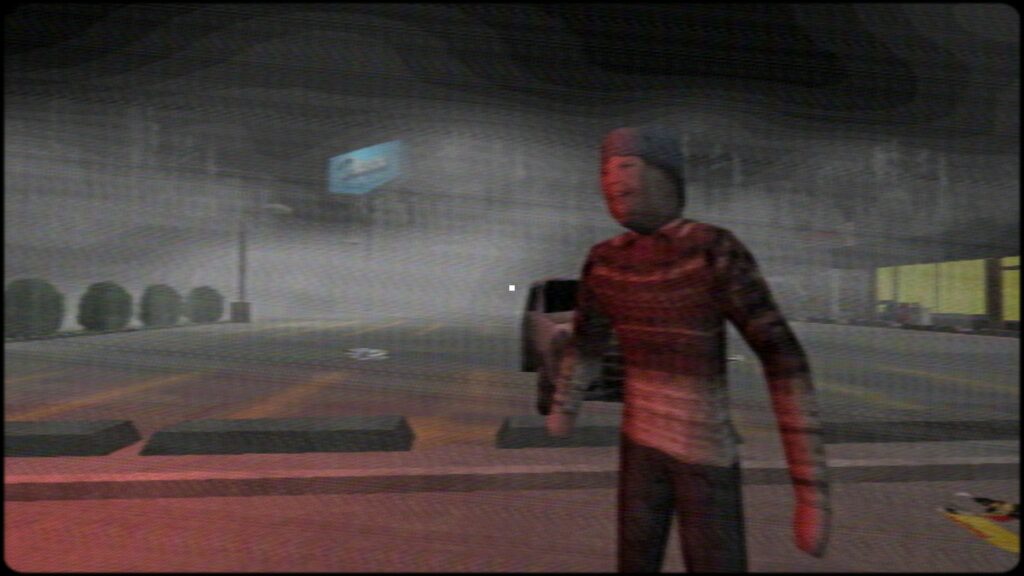 Except for the rare occurrences at the start of the game when the chain of events wasn’t exactly clear. For example, after learning that I had to take a bus I kept trying to find a way out of the building, while in reality, I had to get back inside the apartment to grab my purse first. A line of dialogue to mention the purse would have made directing the player smoother. This is not a big deal since these omissions are rare and the areas to explore area small enough that you will quickly do the right step for the story to progress. In truth, it’s hard to get lost or miss anything important. 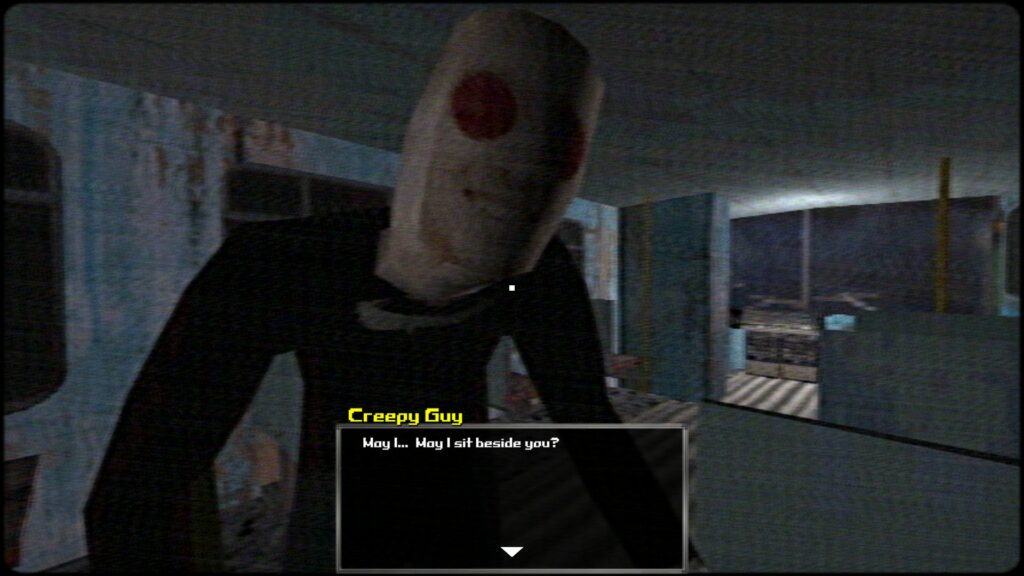 Now that we established that this game is simple to play and you just explore small self-contained areas rather than scripted corridors, let’s talk about what you are here for: the horror. The choice of plot is excellent to anchor both the scares and gameplay elements to a familiar everyday-life scenario. The immersion works wonders; the dilapidated atmosphere of the locales as well as the presence of their suspicious denizens are immediately creepy. You can expect some well-crafted and well-timed jump scares to put you on the edge of your seat, and a clear ramp-up in horror and adrenaline as the events unfold. In my opinion, this was a perfectly crafted ride. Not too linear that you feel on rails, but not too open that you don’t know what to do or get lost. A good balance between building up the tension and scares (although real danger is too rare). A story (with a twist!) that is fully explained rather than left vague. The length of the game is just right, it doesn’t overstay its welcome, clocking at between 2 to 3 hours depending on whether you let yourself be distracted while you wait for your laundry to finish. 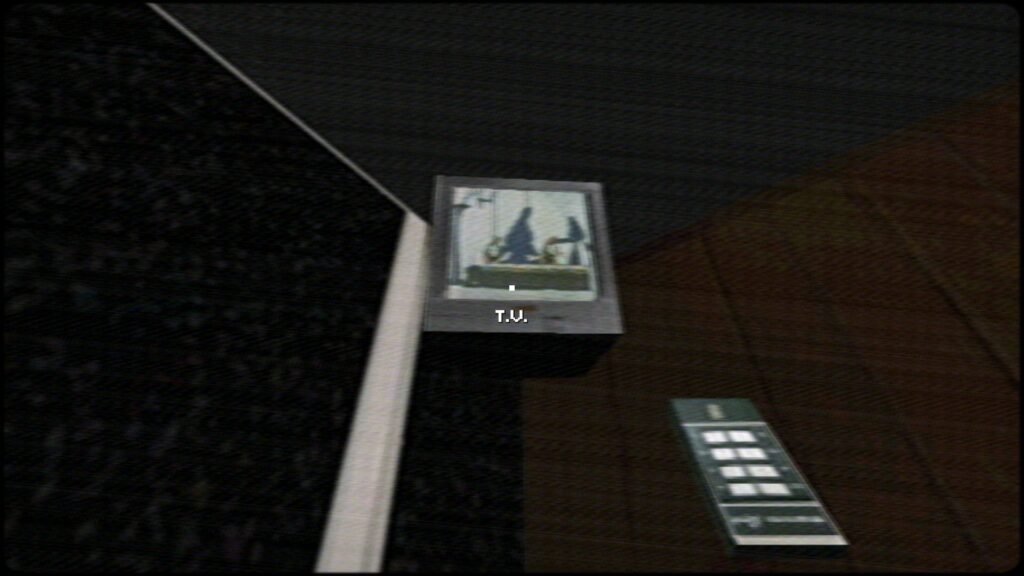 There are many optional activities that you can pursue for achievements or for your own enjoyment. If you like to snoop around, you will find clues that you can then present to the various characters to extract more information from them. There are entire horror comics issues for you to read! There are two (rather basic) arcade games to play! Provided you find the remote, there is a TV in the laundromat that can keep you entertained during your wash cycle! This game is incredibly generous in its in-game content. Therefore, you can choose to limit yourself to the main interactions, or you can investigate further and discover all the many details of this world, or you can role-play a bored Sara consuming any nearby entertainment. 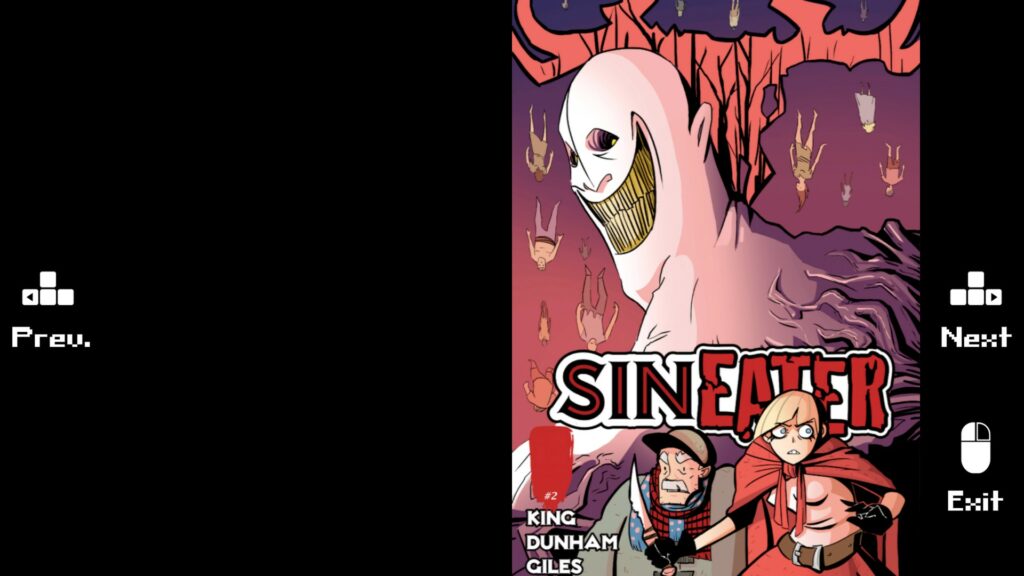 The only downside to this plethora of activities is that each new item grabbed adds to the long list of items to scroll through. While scrolling to a key, you might have to cycle through a bunch of comics, newspaper clippings, and a gaming console. This is not detrimental to the game, as the lack of an inventory menu also works in the game’s favor as it makes the game simple and accessible, but also ensures better immersion if there are not a dozen sub-menus and button presses separating the player from the action. This is just a minor annoyance. 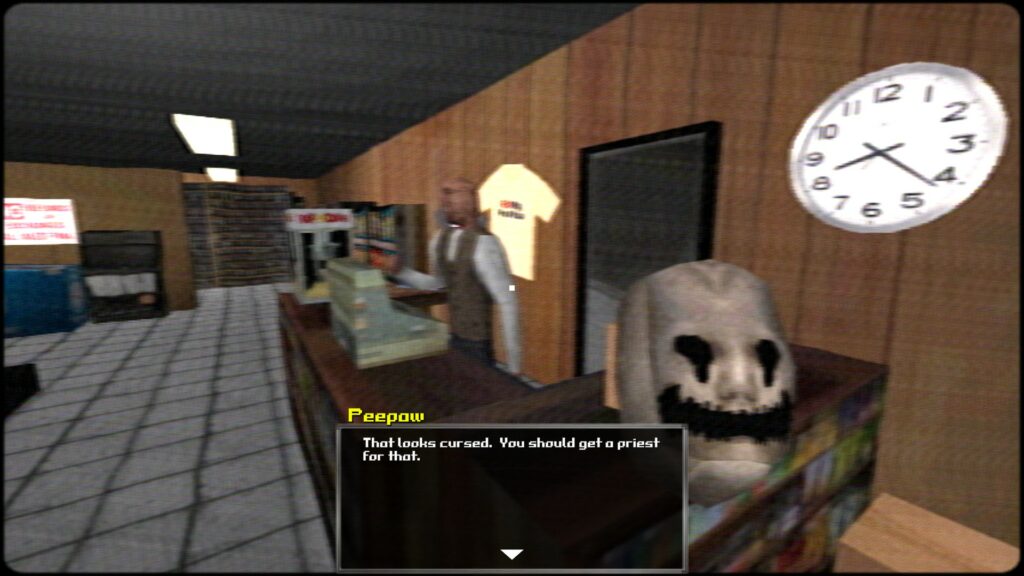 I already explained why I love the retro graphics, and the art direction is impeccable throughout the game, including the gore. I will just add that you can deactivate the VHS and CRT filters. Both add grain and distortions that enhance the atmosphere, but the VHS parasites (green lines tearing the screen) were too frequent so I disabled that while keeping the CRT filter. And despite the basic graphics, the game did occasionally stutter in some scenes.
The music is suitably eerie, and I was impressed by the voice acting. Not only is it rare for these games to be fully voice-acted, but Bloodwash’s voice actors did a pretty good job! My only regret is that there were occasional moments without ambient sounds, I even thought that I had muted the game because I didn’t hear anything at all. 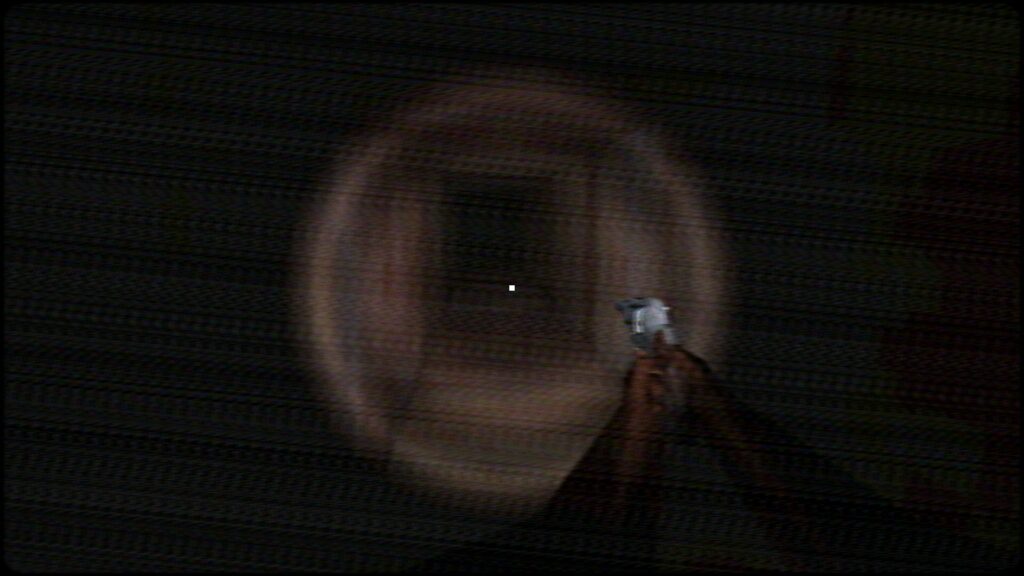 This everyday horror is immersive to play, and surprisingly well crafted. Bloodwash sits nicely in-between the games that are so linear that you don’t feel any agency, the games with so many chases that you quickly see them as frustrating obstacles rather than scares, and the games that lose themselves in puzzles that hinder your progress. Bloodwash has the right dosage of all its elements to build up tension and deliver effective scares. If you enjoy horror B-movies, and that type of graphics, this game ins unmissable. Bloodwash is one of the best entries in the modern “PS1-era” horror scene, and likely the most streamlined.