A mediocre, turn-based RPG Maker game that is riddled with bugs to soft lock you.

Path of the Martyrs is a turn-based RPG Maker game with a non-linear story. You’ll travel back and forth between past and present as you uncover the truth about what’s happening.

The visuals look similar to games made in RPG Maker VX at first glance. It uses the combination of 2D and 3D assets to portray each area perfectly. Everything blends well together – each area looks unique despite them using similar assets. However, the body proportions of one character tend to be different in every cutscene, making me wonder whether they are the same character or not.

As I said before, the story is non-linear. It will switch back and forth between the past and present, telling about what was happening in the past to the event that leads to the present. Although some parts might be hard to understand at first, the game does a good job of reminding us about it. A lot of files are available for you to read to let you know what was happening. Unfortunately, I couldn’t seem to resonate well with the characters and story. Characters tend to be bland with the same characteristic, and the time that I spent with the one that feels different is just too short.

The gameplay is quite repetitive. It divides itself into two parts: past and present. In the past, you’ll focus on doing various errands, from simply going to an area to clear an area of enemies. However, the present always revolves around finding codes, whether to unlock optional safes or proceed to the next area. It can be repetitive to do this, especially since the game always changes the perspective from past to present after each rotation.

Combat focuses on three elements: fire, ice, and lightning. You can change your elements and stats by equipping different weapons, which is doable in battle. It might be overwhelming to remember the weapon types at first, although the game is kind enough to help you by putting the weakness and resistance chart in the top-left corner and informing you of the enemy’s element type whenever you attack them. Most combat will revolve around switching weapons to defeat enemies with their weaknesses. 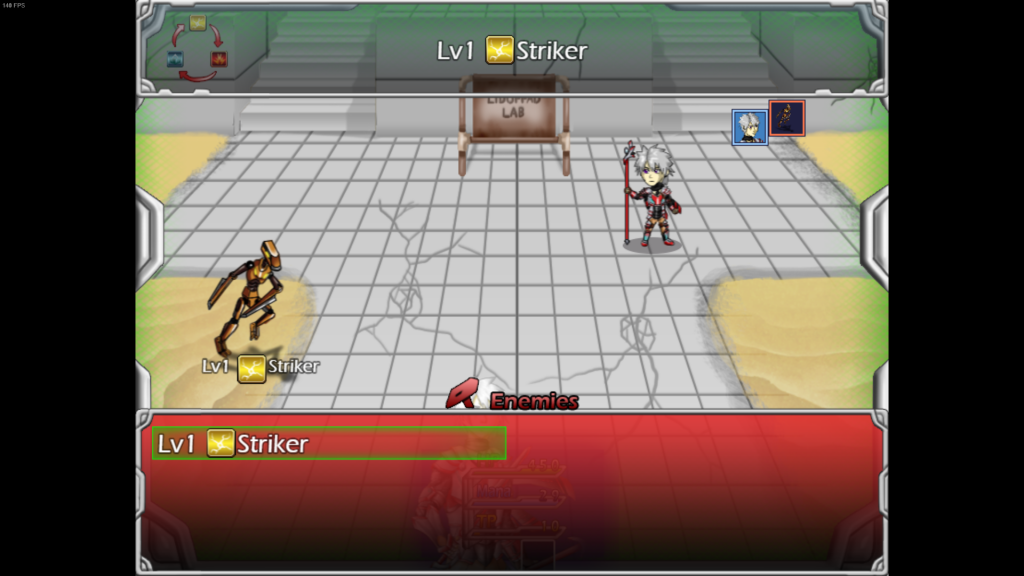 Most enemies feel similar. Not only do they have the same color, but they also can be defeated in the same way as other enemies. The design choice to scale the enemies’ level based on your level also doesn’t help to make them unique from each other. The only exception is boss fights since you need to be wary of your MP and HP, but you can always try to kill them before you got killed, which works most of the time.

The game offers a feature to learn skills, but it’s a bit lacking. First of all, it’s hard to collect skill points, and every weapon has different skills that you can learn. Since you need to switch weapons based on the enemy’s type and equip the right weapon to use the skills, they will be useless if you are not using the right weapon, which is bound to happen due to the variance of enemies. Second, skills tend to require a lot of MP to cast, which can be problematic since your MP regeneration is limited. Luckily, you don’t need to learn any skills to finish the game, which brings us to the last point – the game never encourages you to try it at all.

There are some puzzles in the game. Most of them revolve around figuring out codes based on the available hints, although there are other two in the form of block-pushing and quiz. However, the first one is lacking in explanation – I assumed that I had to push the block somewhere else, making the puzzle to be harder than it should be. The quiz one, on the other hand, requires you to type the answer that is intended by the developer. It took me several tries to figure out how to type the answer even though I already know what it was supposed to be. Once you put both concerns out of the equation, all “puzzles” are just too easy to solve. 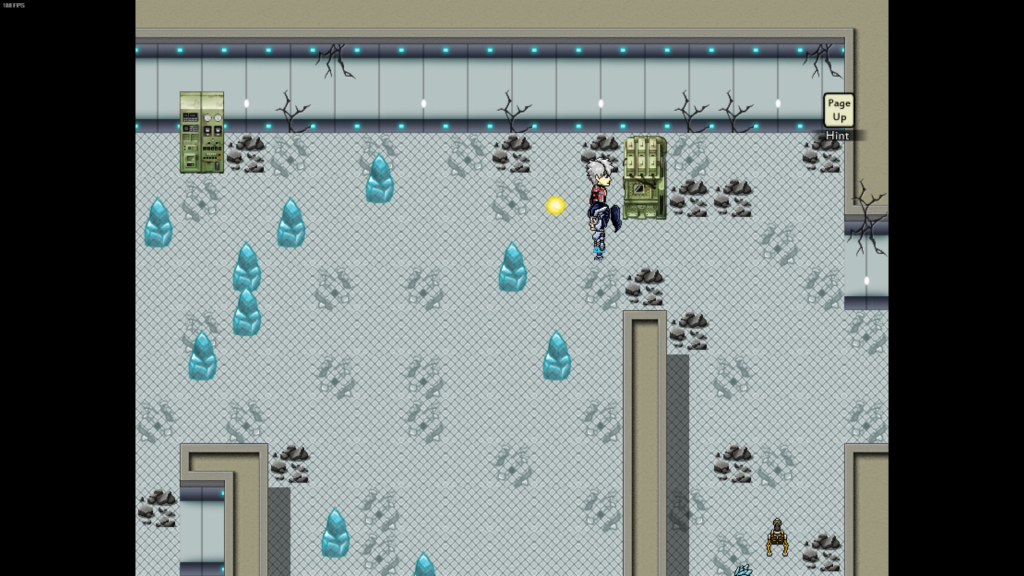 I finished the game in 6.8h. It lets you select between some choices as you progress the game, although I’m not sure whether it will lead to different endings or not. However, it allows me to experience 2 endings at the end, and the game is kind enough to let me save beforehand to experience both at once.

As for the difficulty, the game is easy. Some fights might be difficult at first glance, although you can just blast all of your strongest skills to the enemies. Healing points are abundant and enemies won’t respawn unless if you move to other screens, so you won’t find healing to be an issue if you always head back to heal whenever you run out of MP.

I got softlocked 5 times (6 if you include the ones that I got after the ending) as I played the game. Considering my playtime of 6.8 hours, it also means that I experienced it around once per hour.

It’s hard to rate this game. At first, I liked the concept – the decision to focus on three elements and the addition of QTE whenever you cast a skill are a nice addition to the combat. However, enemies are starting to get bulky once you level up due to the level scaling. It was boring to wait for battles to end, and there is no challenge in beating them at all. The repetitiveness of the code-hunting outside the fights also doesn’t help in this regard.

Although the game is still bearable until this point, the final hammer that hit me is the bugs. There are just too many times when I got softlocked in the game, forcing me to restart. I wouldn’t mind recommending it if there are no bugs due to its mediocre quality, but with the game being as buggy as it is, I decided not to recommend it for now, at least until the game-breaking bugs are fixed.