“Love is the extremely difficult realization that something other than oneself is real.” – Iris Murdoch

This is one of the first notes you can find, lazily jotted on a post-it sticky, taped to the inside of a car visor. It belongs to a warm and amicable raisin farmer, whose ride you hitched through expanses of rural America. In the golden brown fields covered in puffy, rolling white clouds is where your search for yourself and your lost memories begins.

You don’t really know how you found yourself here. Stuck in a car with a farmer named Vern who’s more than willing to chat about existential questions, raisin farming and your life which he seems to know more about than you, quickly opens up more questions than answers. The events that start unfolding are best left unsaid and something you should discover yourself. Let’s just say Hitchhiker owes a lot to the likes of David Lynch, Twin Peaks, Twilight Zone and a few games that came before it, like Firewatch and Kentucky Route Zero. 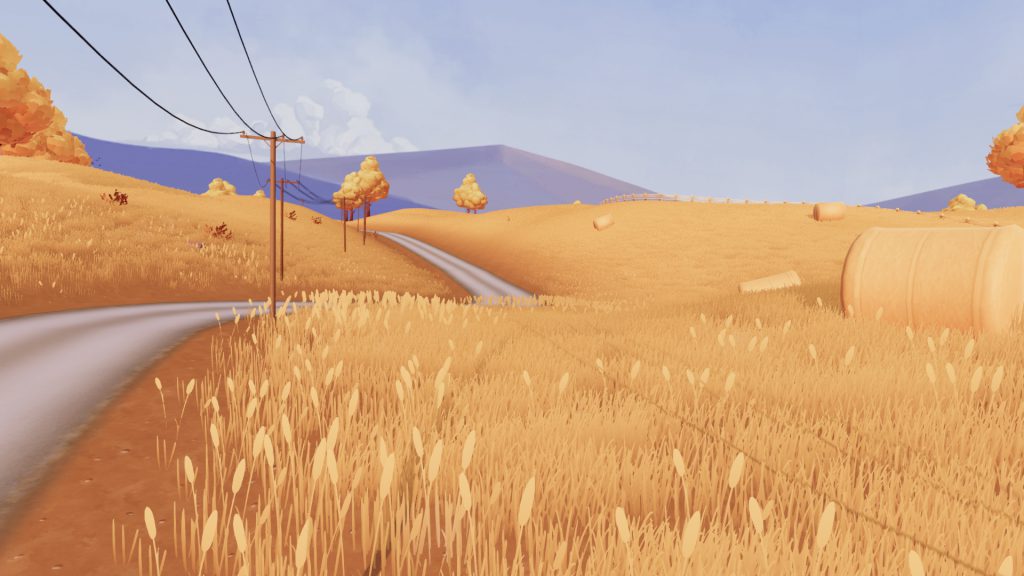 It’s a wholly narrative experience, a walking simulator which you have no control over. You’re just here for the ride, trying your best to listen to the five drivers you’ll be hitching a ride with. And it’s a great ride. The cast performances are terrific, characters are brilliant and the writing is of a much higher standard than similar fares. You need to want to listen to the characters even when they appear boring and Mad About Pandas did a great job here. The soundtrack, what little of it there is, is odd and offbeat, not really memorable, but I have a feeling that’s intentional. If you’re not particularly fond of story and narrative devices, you won’t find much to enjoy in the Hitchhiker. 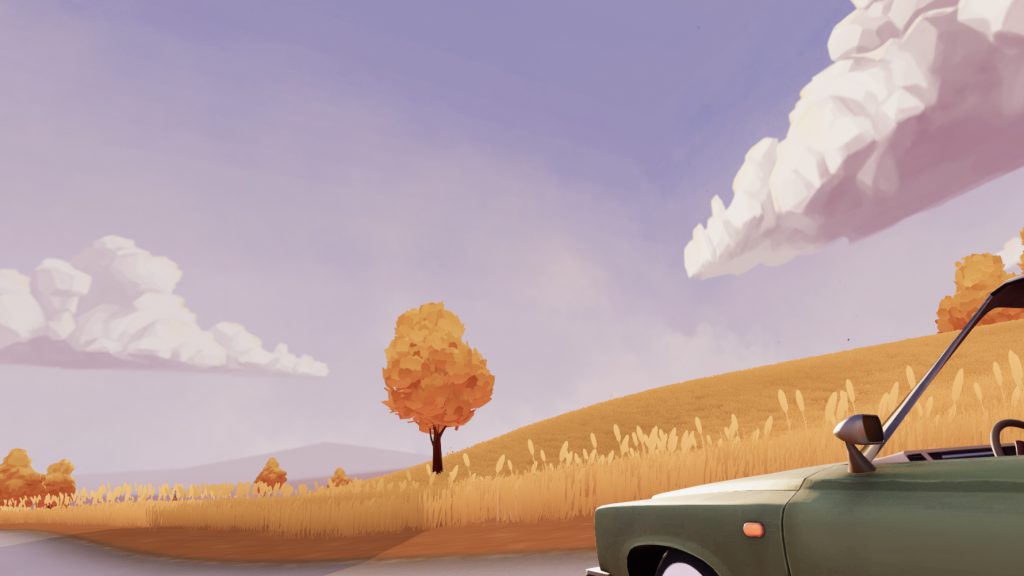 Mechanically, Hitchhiker is very simple. You can’t move and your only way of interaction with the world is inspecting objects around the cars, choosing dialogue responses and solving some very light puzzles a few times. It might feel limiting and not superbly exciting gameplay but that’s not the point and the puzzles are different and slightly more innovative than you might expect. It’s also not a technical marvel, suffering a few akward animations and some slight glitching in one chapter. But, that can all be ascribed to the weirdness of the entire game. The oil painting visuals are splendid, especially drawing breaths when the game serves you magnificent vistas.

The narrative is really good and not even slightly straightforward. Twisting and turning like the roads you’re travelling, sometimes droning in the monologues of drivers, laced with creative allegories, living memories, lucid dreams and slight sinister undertones. It breathes surreal and metaphysical, helped along by a dreamlike state of repeating scenery, occasional on the nose road signs with warnings, philosophical meanderings and improbable Lynchian occurences. 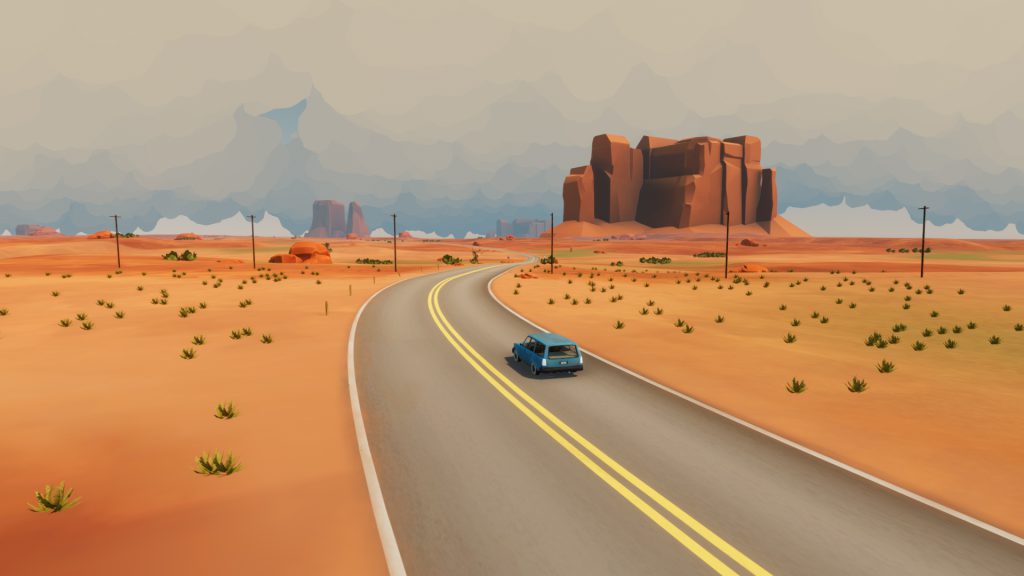 Every driver has a story to tell. Their own story, woven into the overarching narrative of your own search for life, love, death and everything else in between our own irrefutably lonely existence. They’re almost intermissions, brilliantly realized ones, using different artistic and visual mediums to tell some really imaginative stories. The scenery you’re driving through changes as well, depending on the driver and you’re not always in the car while pondering why life is a like a box of raisins. The narrative concludes subtly, with many more questions than answers. There are no sparkling revelations or readings at the end. Just a story, a road in life. It could be anyone’s and that’s the brilliance of Hitchhiker.

It’s a short game, a few hours, a lazy afternoon experience. I know the price seems a lot for an afternoon, but if you’re looking for a weird, well written and engaging narrative, superb cast of characters and don’t mind potentially opening your eyes a bit wider and delving through some existential conundrums, you won’t be disappointed getting this even at full price. In the words of Robert Hass, “Ah, love, this is fear. This is fear and syllables and the beginnings of beauty.”