DONTNOD forged a worthy sequel for the Life is Strange series with this chapter. However, the instrumentation of some actions to promote real-world political views, really drags the game down in some parts, as they appear blatantly unrealistic in their unfolding.

Life is Strange 2 (LIS 2) is a third-person narrative adventure set in the USA during 2016-2017. This is a tale about the Diaz brothers (Daniel and Sean), forced to abruptly escape their normal lives after a terrible tragedy – and set out for a harsh road trip across the USA to return to Mexico: the homeland of their ancestors.

1. High quality, consistent art direction.
The environments depicted in LIS 2 are very well made, especially natural ones like wilderness or deserts. The light effects and chromaticity of each place are distinct, and give off the right atmosphere each time. Character models are usually rich in distinctive details such as tattoos, clothes and similar apparel – not only the important ones but also side NPCs. overall, despite not having latest gen textures or details, the game successfully delivers a vibrant world.

2. Excellent character growth as the story unfolds.
The growth of both Sean and Daniel throughout the five chapters is extremely well represented. As the older brother, Sean will have to set an example of conduct and morality for his sibling through his actions and choices. The way players decide to make Sean act will have major consequences on Daniel’s psychological growth and line of thought. Not only that, but the relation between the two can deteriorate or become stronger depending on such choices, while Daniel may outright refuse to follow his brother on some ventures depending on his attitude so far.

3. Overall solid writing, despite some blunders.
The writing of narration, characters and general script is of good quality, globally. Most of the represented situations, reactions and behaviors by the people surrounding the duo, is plausible and fairly realistic in its unfolding. This however is not true at all times, as some exaggerations or impossibilities are present from time to time.

4. Good variety of situations faced by the protagonists.
Sean and Daniel will face a lot on their journey. Between fanatics, criminals and the dangers of the wild, there is a good amount of action and suspense throughout LIS 2. Most of these “enemies” can be overcome id different ways, depending on the protagonists’ approach. Sometimes however, the outcome will be set in stone. 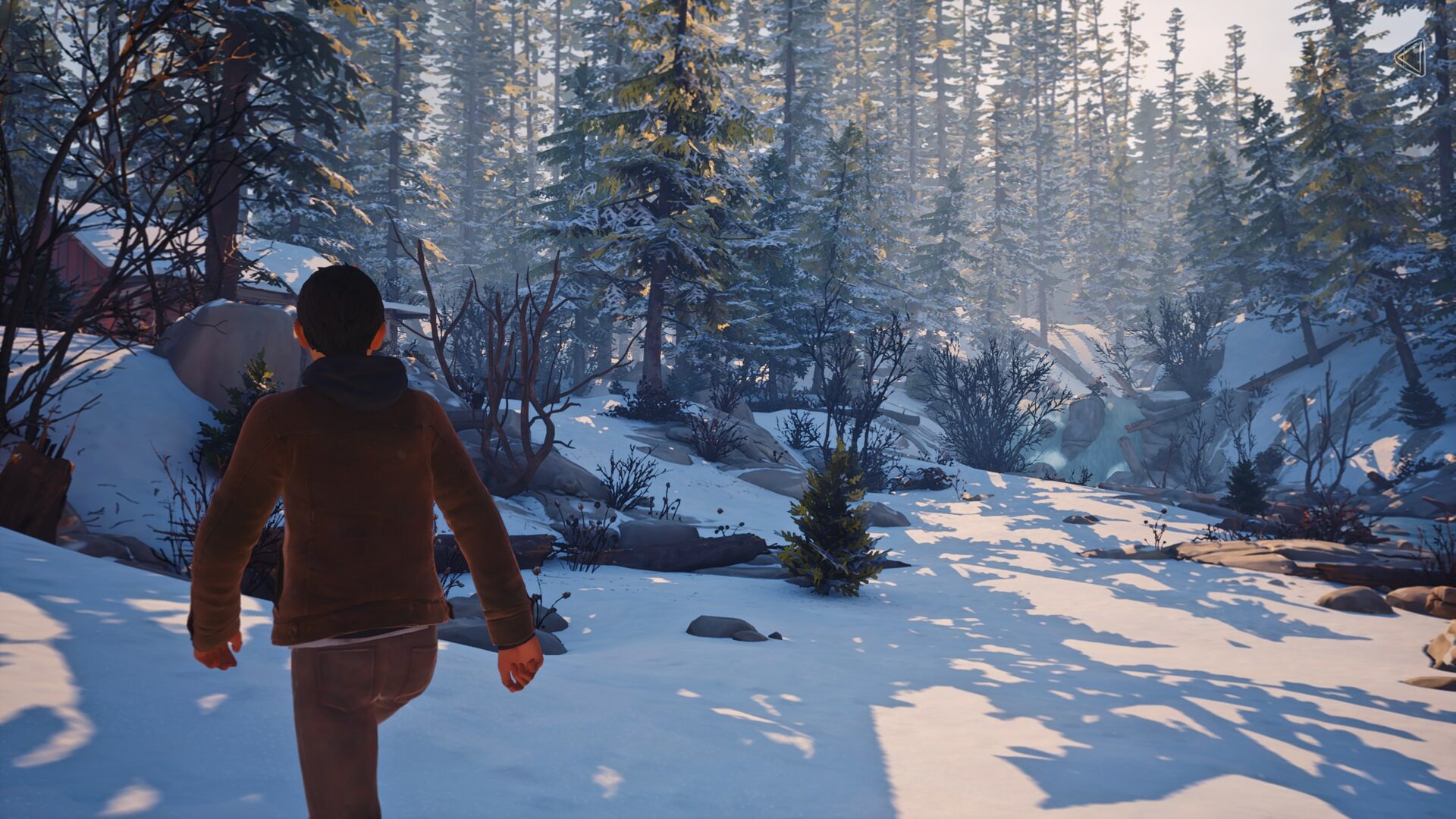 1. Forced, implausible situations in some parts, made to promote certain political agendas.
In some occasions, the behaviors and actions of certain individuals on the brothers’ path will be very extreme or even totally implausible in a real-world context. I don’t want to make spoilers, let’s just say certain politics-related actions are overblown, distorted to an unrealistic extreme in order to promote the opposite political side’s points. Games can be political by all means – however, especially for a game based on our real-world as a reference, there should not be such a distortion and implicit bias towards or against certain agendas. Games are an entertainment medium, not a propaganda tool.

2. Lack of choice in some situations, where the protagonists could have a major impact.
Sean and Daniel, in some cases, could have the means to radically change the outcome of some situations, and they do, but not always. In fact there are some sequences where they are not given the chance to act, or they do but with far too limited options, in relation to their capabilities. This, to an extent, makes the narration fell artificially driven in such instances. 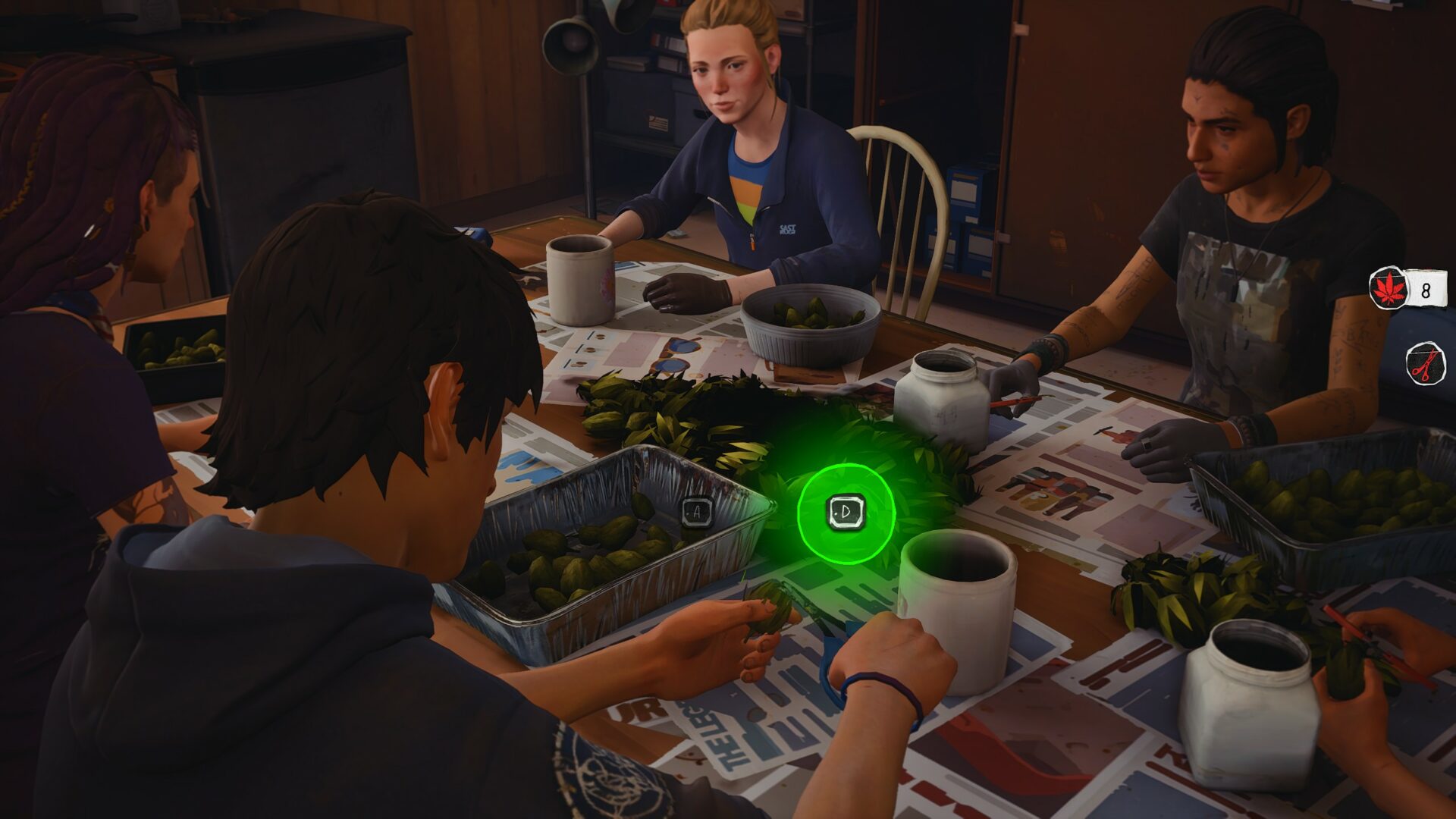 Exploration
Is performed by controlling Sean, the older brother, in third person view. The environments have great variety as they range from urban areas to complete wilderness. While exploring, the main thing to look for are interactive objects, which can be anything from drawers or some memorabilia, to doors, tree branches and of course, also NPCs. Some of these items can be picked up as Collectibles, which have many related achievements. Witnessing some events or finding certain items may, in some cases, influence or expand the dialogue options in future situations – or open new possibilities of interaction with the environment.

Interactions
Are done with a contextual menu that may change based on the object in question, and the situation. For instance, the possibility to open a door using a key will only be displayed if Sean has a key in his inventory. In the case of people, dialogue menus often have a range of questions or discussion topics, while certain items may be discussed or shown to Daniel, the younger brother, to ask his opinion and such. In some more action-oriented situations, certain special actions can be performed on people or objects, such as for example ambushing someone with a blunt weapon.

Minigames
Depend on the context, but most of them are about throwing certain objects to a specific target or drawing a scenario using Sean’s sketchbook. There are however some unique minigames in certain chapters, that use each a unique system not found in any other, such as pressing buttons at the right timing to name one. The outcome of these sections may influence the story, albeit never in a massive way.

Puzzles
In some cases, Sean and Daniel will find themselves in front of logic-based puzzles, which can be either succeeded or failed. For example, infiltrating a location without being seen by cameras or guards, or sneaking into private propriety without making noise. These segments have usually a precise order of objects to collect and use correctly, otherwise they will fail or partially fail, with significant story consequences. 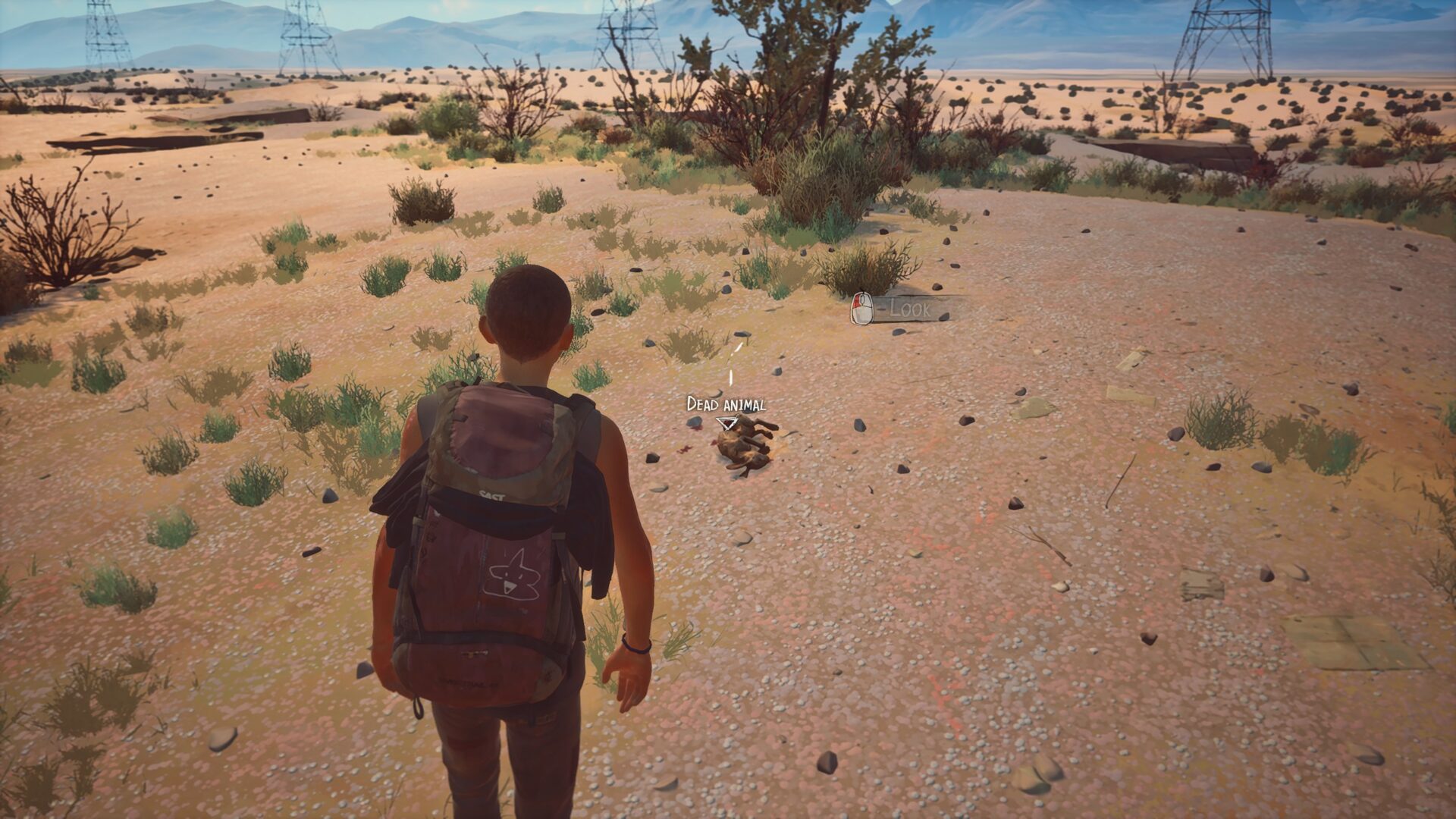 Bugs & Other Issues
– Rarely, quests can get stuck. Reloading the last save fixes the issue.
– DoF, Blur and Aberration can only be disabled with manual file editing.

It took me around 18 hours to finish all five episodes of LIS 2, taking some extra time to try out most interactions or minigames as well. The current total price of 32€ for episodes 2 to 5 is fair for this amount of content, also considering the decent replay value to see different choices. I can recommend buying for full price to Narrative Adventure fans, provided one is not too bothered with occasional excessive politicization.