Glyph starts right at your awakening. You play as a mechanical scarab, named Glyph, that spends most of its time curled up into a ball. Awakened by another named Anobi, you soon learn that your civilization has fallen and, of course, it’s up to you to try and bring it back. At least, enough to start rebuilding. You learn that something went terribly wrong, causing the Heart of Creation and the sand filling this vast desert to be corrupted. Your ultimate goal is to cleanse them and restore The Temple City of Aaru (which serves as your hub).

After playing the tutorial, you’ll be put in the hub area where you’ll be able to play the available levels in any order as well as unlocking the other areas, which rebuilds the Temple in the progress, in any order you want. Anobi also stays around, giving you some lore about the area you’re in, like what it was used for. 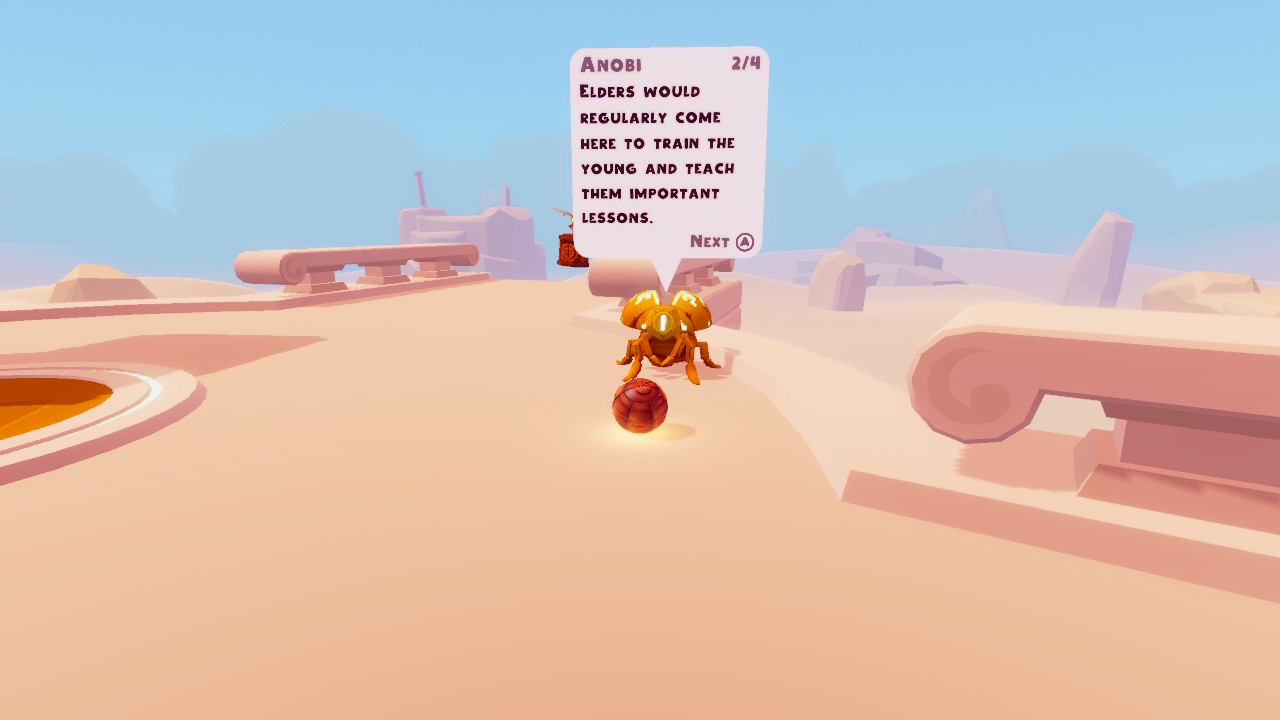 You’ll spend the most time within levels, which all are uniquely designed from one another. You’ll go into and spend the most time within the exploration levels. The goal here is to get all of the keys without falling into the corrupted sand (as they’ll reset if you do) and make it to the exit portal. Traveling around is pretty easy to learn, but takes a while to master. As your default state is a ball, you’ll be rolling around and using your small size to gain momentum. To help you cross to other platforms safely, you have a jump that will charge when you hit a platform; a double jump that is only charged by special green, energized surfaces; a smash that you can use to either gain more height in your jump or quickly fall to the ground; and a temporary glide that will get you out of your ball state, slightly higher, and get you further. There is a circle that appears below you to help you out with telling you whether or not you’re over a platform, which is very helpful. 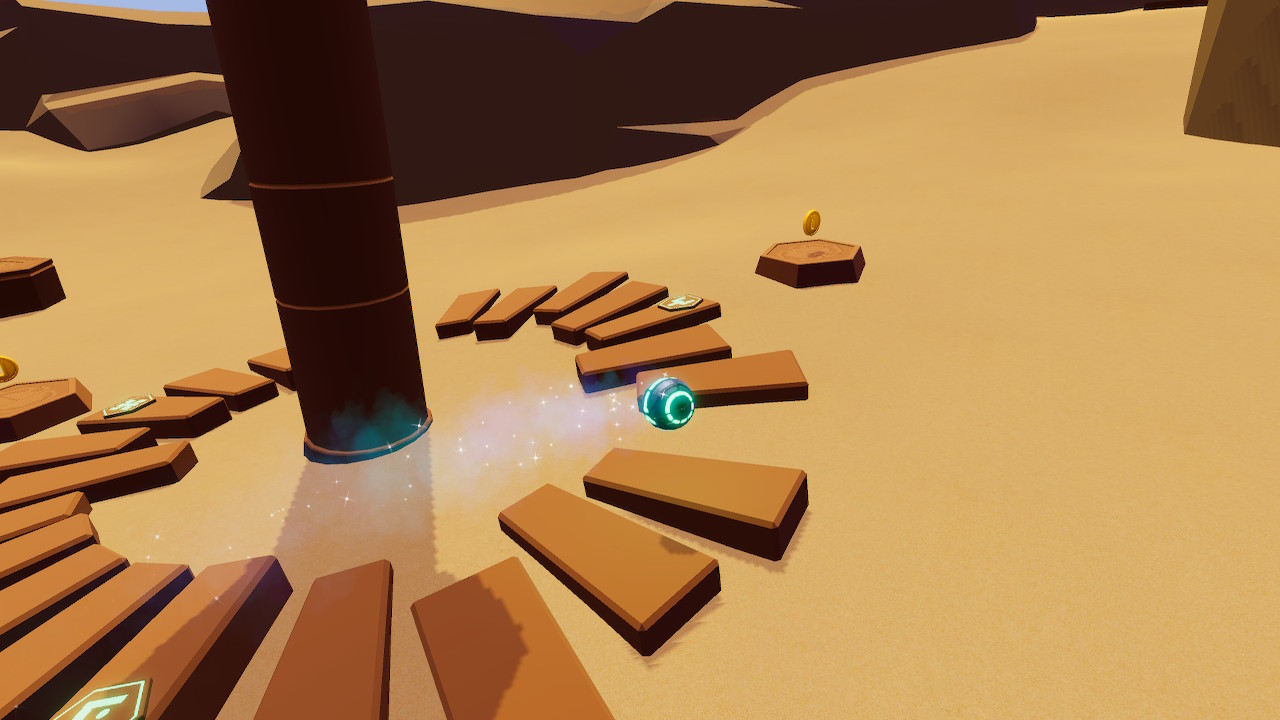 If you do touch the sand or any other hazards that are conveniently glowing red, you’ll die and be brought back to the beginning. There are even enemies that appear later on, where their attacks will send you flying in the opposite direction (which is so annoying). Restarting at the start can be frustrating, especially when the part you’re constantly dying at requires quite a bit of careful traveling, but none of the levels are huge and you do have means to travel quickly across a large distance.

There are various collectibles you can get, which you may want to grab as half of them are required to progress. There are coins, which are littered around where you would most likely go, diamonds which are often placed in out of the way, difficult platforms, Artifacts that can only be obtained when you get all of the coins, and Avatar Capsules. Avatar Capsules in particular require you to find a hidden button (which Anobi does appear and give you a hint, as well as some lore in every exploration level), find what that button added, and get to it. The Avatar Capsules are just if you want to change what Glyph looks like, from a turtle to a bird. Though, I found some of them don’t have a very distinctive lighting and can make it harder to tell if you have any jumps left. 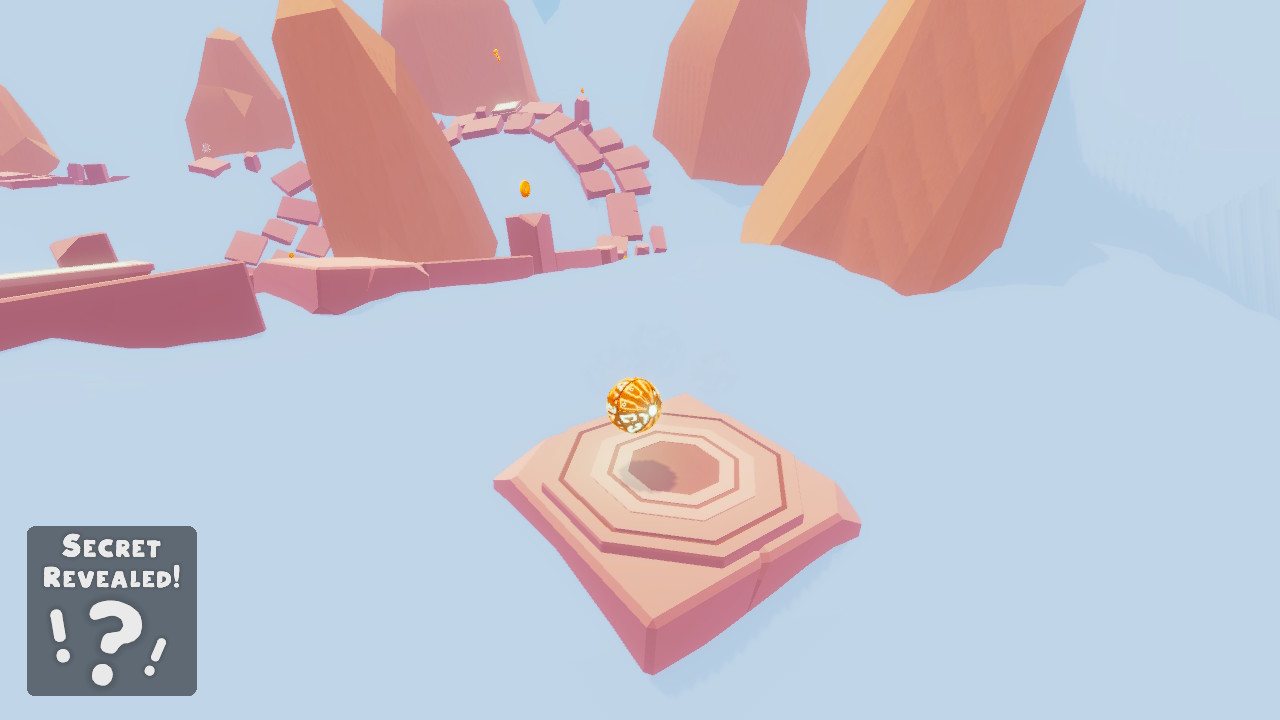 When you die, you do have to collect all of the keys, the Artifact, and the Avatar Capsule again though. Making it harder to 100% a level as some are put in places that are both hard to get to and get out. For this reason, if you want to 100% the level right out the gate, I suggest going for the coins and diamonds first since they don’t reset if you die. Though, don’t try to entirely avoid keys and other collectibles. During this time, you can plot your path, figuring out what you have the most difficulty with and going for those first so you don’t have to constantly redo the easy ones first.

Once you exit through the portal, you’ll get an overview of what you gathered and the time it took you to complete, which would appeal to speedrunners. Though, one downside is that it doesn’t show the full time in it as it seems to reset when you die. So you may have spent an hour or two getting everything, but you’ll find yourself with a time of a minute if you died.

Other than these exploration levels, there are time trials. Each area has at least one time trial level and these are unlocked with the Artifacts you grabbed. Like the name suggests, you’ll be put in a relatively short level where you’ll have to collect all keys and make it to the end in a certain time frame or you’ll automatically be killed and reset. You’ll get a diamond with each milestone, with getting the best time possible, which requires you to be perfect, a new trail. I didn’t enjoy these as much, and admittedly skipped them more often than not. This is partly with me not having much interest in speedrunning and just the frustration of just being a second off (or a particular early one that included enemies).

Don’t let the required collectibles scare you off. While you do need coins and diamonds to unlock more levels and continue on, you don’t need to get everything. Well, maybe only in the beginning. In fact, you can unlock and access the last level, which is a boss battle, without playing all of the other levels. I do quite like this, as there are levels that are harder than others and this lets you skip those if you can’t even get to all the keys to unlock the exit portal or if you can’t get every collectible. In addition, this means that you don’t have to try over and over again in time trials to get the best time. 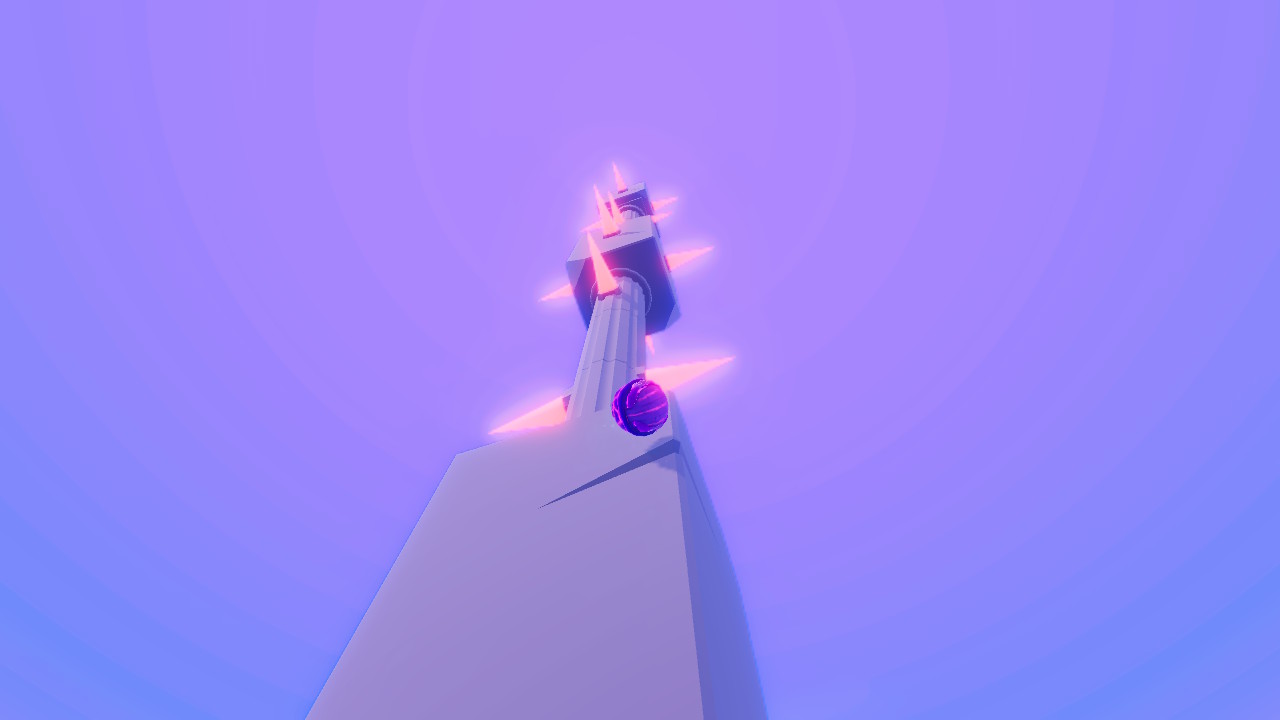 I played mainly in handheld mode, with going into TV mode when I just didn’t want a break or couldn’t when I didn’t when on a particular hard level. For the most part, it played without a hitch. There were a few times it did for a split second within levels, but it didn’t end up killing me, and it did seem to struggle just a bit when I unlocked the top floor of the hub world. 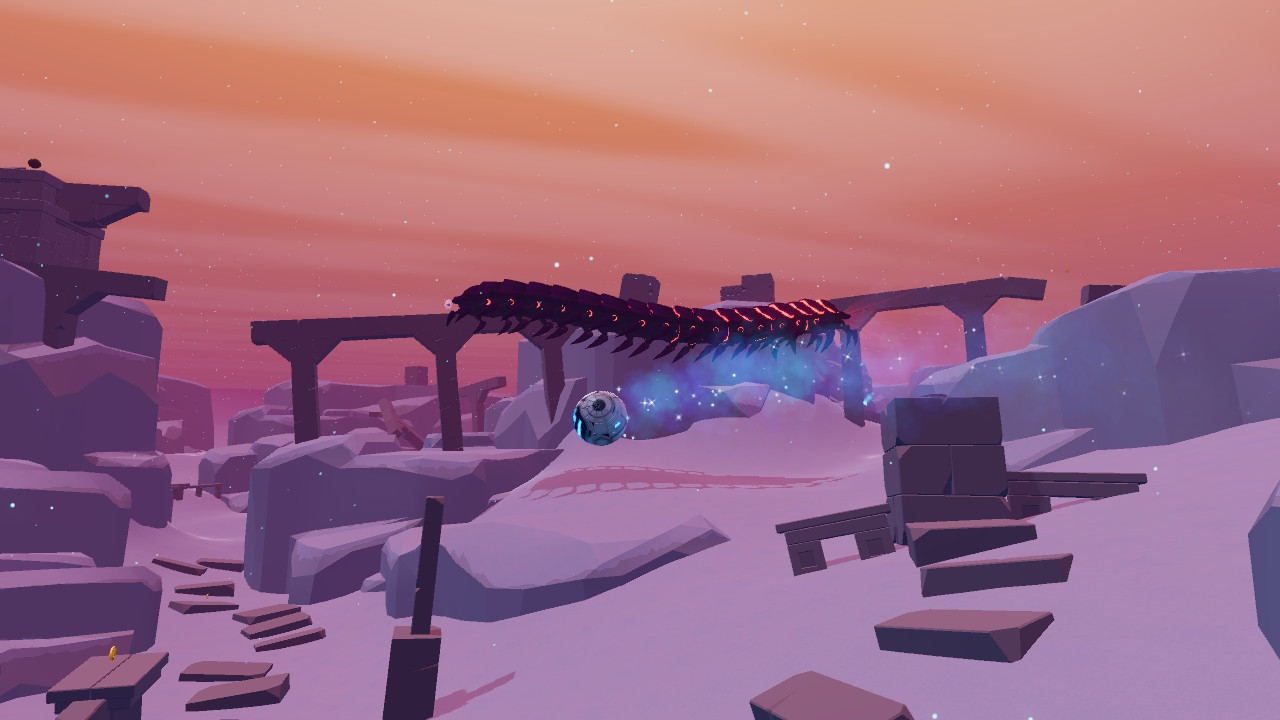 Going in, I had no idea what to expect and luckily I didn’t end up disappointed. There were certainly times that I got frustrated, but admittedly most of the time it was my fault as I stubbornly wouldn’t get out of the level without getting everything (which I soon slapped myself out of it after a certain level) with the rest just being the enemy’s attacks on the odd levels. Plus, it is supposed to be challenging. Despite that, I really enjoyed Glyph as I soared across the map, clutching onto the edge of my seat as I neared a platform, sighing in relief as I managed to make it, holding my breath as I desperately try to do a last minute save before I touch the corrupted sands, and relief as I finally make it to the exit portal with everything I managed to grab. In fact, I only stopped playing Glyph when I needed to give myself a break. I highly recommend picking this hidden gem up and I do hope it attracts speedrunners.

For those that don’t have a Switch, but has a VR headset for their PC, there is a free VR version up; though I’m not too sure how much content it has and it looks like you do have to pay for some cosmetics and levels.