I’ll be the first to say it: I’m a sucker for a good mystery. Even when I was younger I didn’t like surprises, and I was always far too interested in knowing things and hated being left in the dark. My inquisitive nature led me to gobbling up any book I could find, be they fictional or non-fictional, and some of my favourites at a young age were mystery novels. Perhaps the sort I shouldn’t have been reading at 10 or 11, involving murder and lies and layers of deceit.

Sarawak plays out an awful lot like the books I was so excited to read as a child. The game certainly isn’t nearly as long as one of those novels, but it had the same magnetic quality. I found myself wanting to keep playing to find out what was going to happen to our protagonist, and what she was about to uncover. 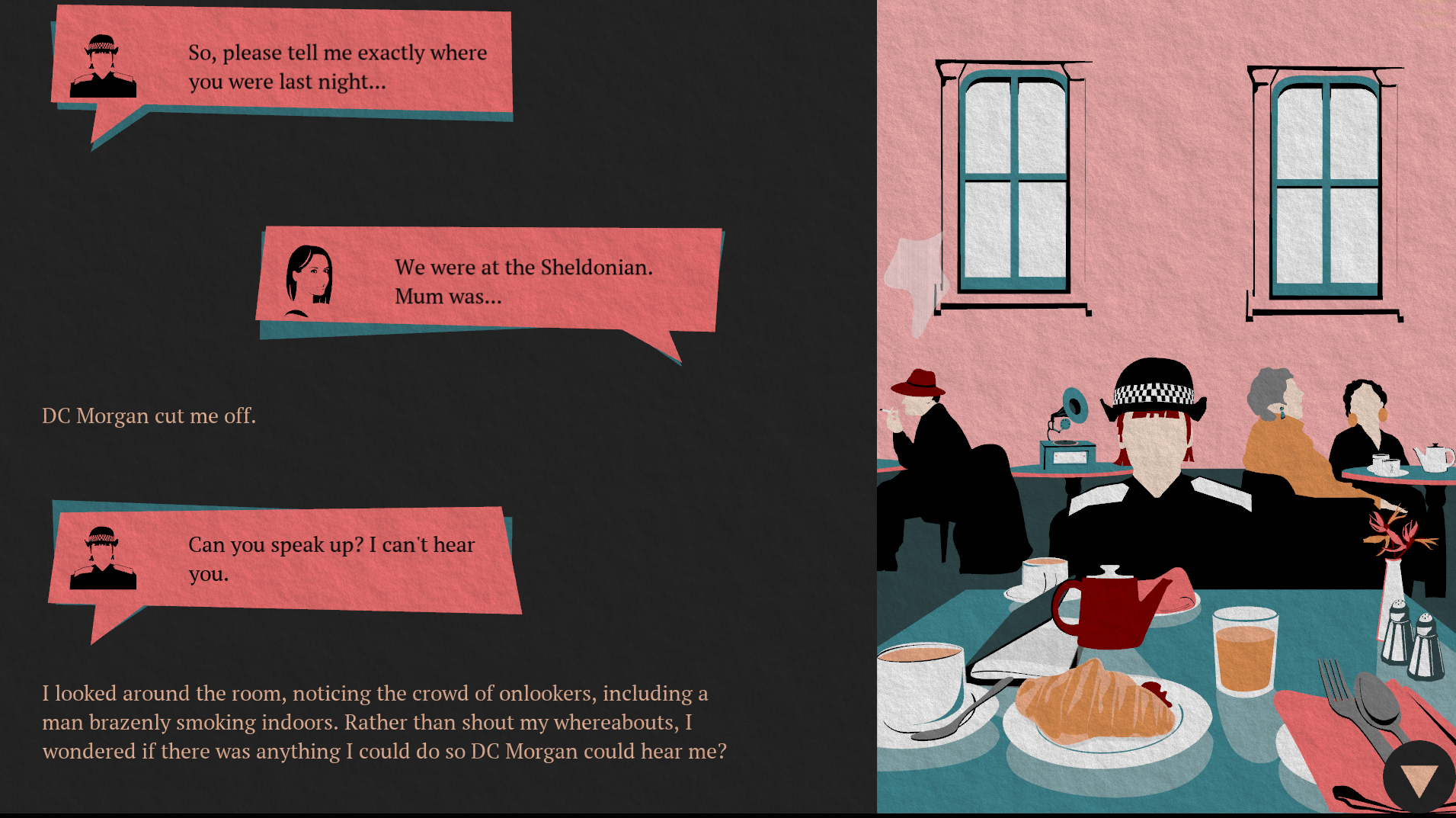 As a completely story-driven game, there’s only so much I can share about it without getting into spoiler territory. That being said, let’s share the basis: there’s a mystery at the center of Sarawak, one that our main character, Mia Green, is at the center of. The first chapter opens with you speaking to a Constable, one who quickly makes their intentions known: questioning you to understand what it is that your mother was up to, as they believe she’s wrapped up in the recent death of a man. A professor, more precisely. This entire first conversation takes place in a restaurant, and gives us our first sort of interactive element to the game when Mia admits it’s too loud to hear the Constable.

While each chapter is decently short, I never, personally, had much of an issue with pacing. I thought each chapter resolved in just the right place to make me want to click through, and often times even when I knew I should stop, I’d find myself “just-one-more-ing” the narrative. While I wasn’t necessarily personally invested in Mia at first, the methods she uses to solve her issues and the options we get to approach NPC’s and be soft with them genuinely made me like her. Likability, I find, is very important in a mystery protagonist. Why would I want them to solve their issues if they were an actively bad person? 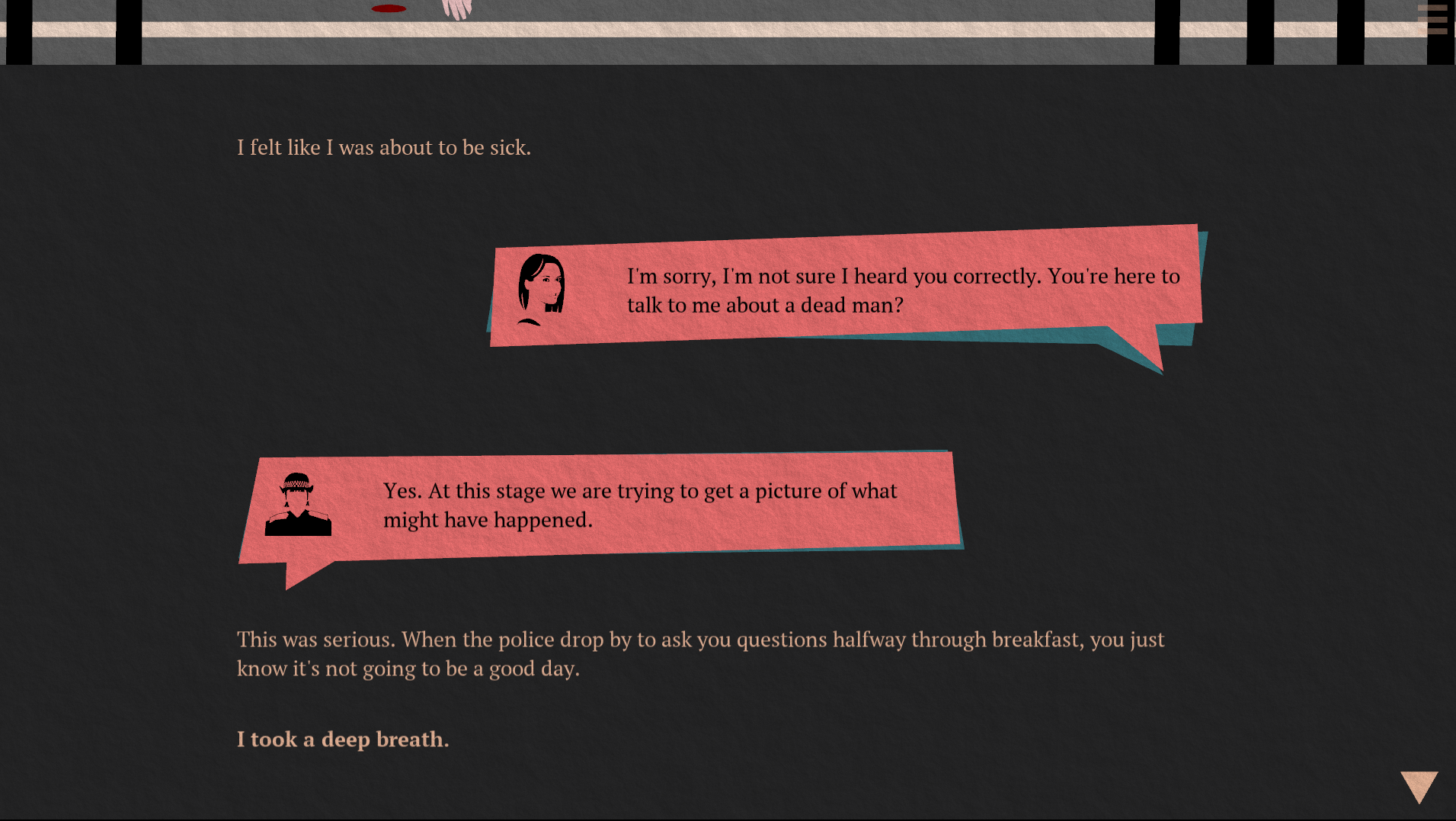 This is a spot where Sarawak shines in particular. Even on the Steam page before you get in to play the game, you can see how stylized the narrative is. Colours are bold, vibrant, and popping. There are no hard lines for character models or anything of the sort- the colours are all shapes, almost like some sort of intriguing pop-up book. Honestly, the entire game relies very little on character designs and more on backgrounds, items, and silhouettes. It’s a conscious choice, I feel, to make a game about characters show them so admittedly little, and when you do get to see them it’s something that hits harder for it. Identity is a key aspect of the game, after all.

I played the entirety of Sarawak with mouse and keyboard. It was nice, being able to read at my own pace and clicking to progress. There’s more than just reading to further the story. You get narrative choices, naturally, but there are also a number of puzzles Mia must face in order to progress, and a number of them play out in an intriguing way. Sure, there are the obvious crossword puzzle sorts, but there’s also movement interactions around a map, gear-doors to work out, keys to assemble, and so on. There are also more than a few elements of the gameplay and scrolling themselves that get stylized, and I loved each one. Early on in that restaurant with the Constable, you have to turn the radio off before the game will let you continue. More of those moments pop up throughout the narrative, throwing off the usual point-and-click style and keeping things fresh. 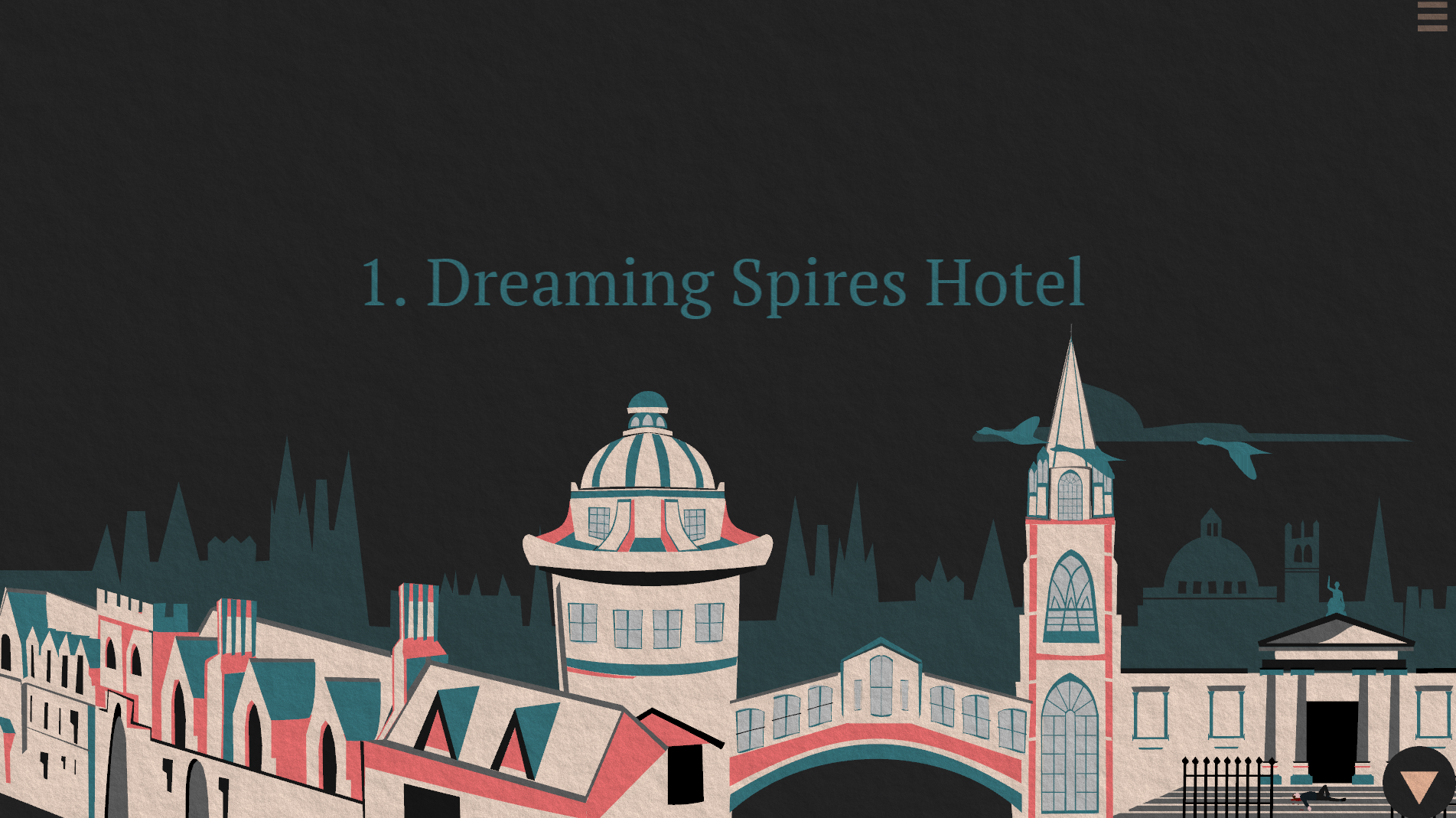 Sarawak is gorgeous, kept my attention, and throws just enough curveballs to make each chapter fun. While the ending was just a touch odd, I still didn’t necessarily find it particularly lack luster in any way. Every puzzle I could solve fairly quickly, but that’s not necessarily a bad thing. They didn’t overstay their welcome, and while the game was somewhat fast to beat, I enjoyed the rhythm of progression and the unravelling of Mia’s story, and her mother’s involvement in what may or may not have happened.