Humanity has survived the apocalypse. It’s now time to wake them up from cryo sleep and start anew.

The civilisation ended by an apocalypse caused by nuclear war. Most of humanity got wiped out, and only a few were chosen to be saved in underground bunkers. They were put to cryo sleep, to wait till Earth can be habitable again. A few centuries later, these survivors began building a new society from the ashes of the old one. The game starts with two men gaining entry into ARK 01, the only bunker remaining which housed the descendants of mankind, with a simple task to wake up all these descendants from cryo sleep. 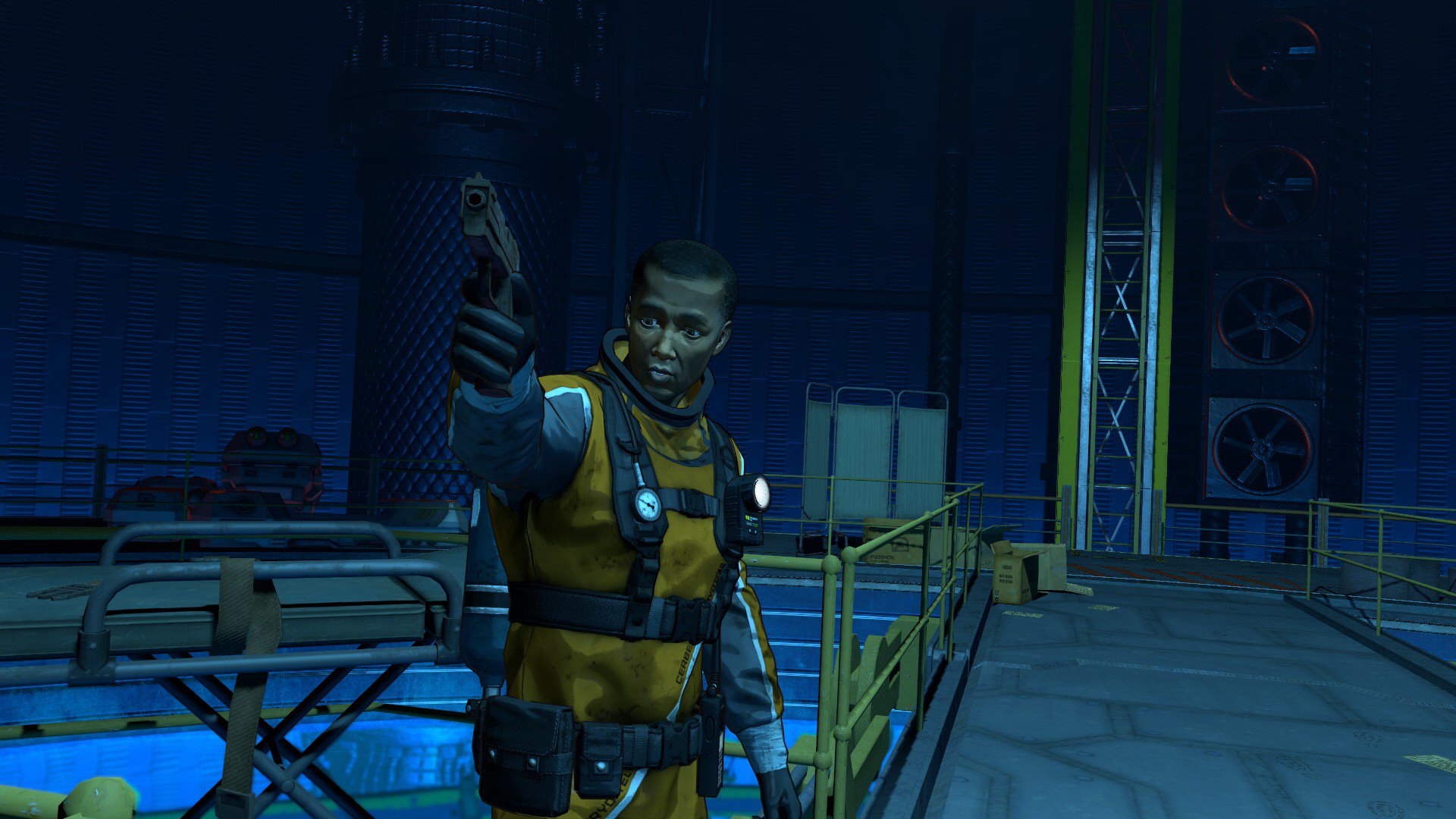 The story is split between the events of the present and those of the past and we are shown the developments of those almost in parallel to each other. In the present, we see how Donnie and Randolph enter the vault ARK 01 and attempt to find a way to power it up and locate the descendants housed within in cryostasis. In the past, we follow Mia and Sylas as they began to watch over ARK 01 and the various problems that started to occur there. 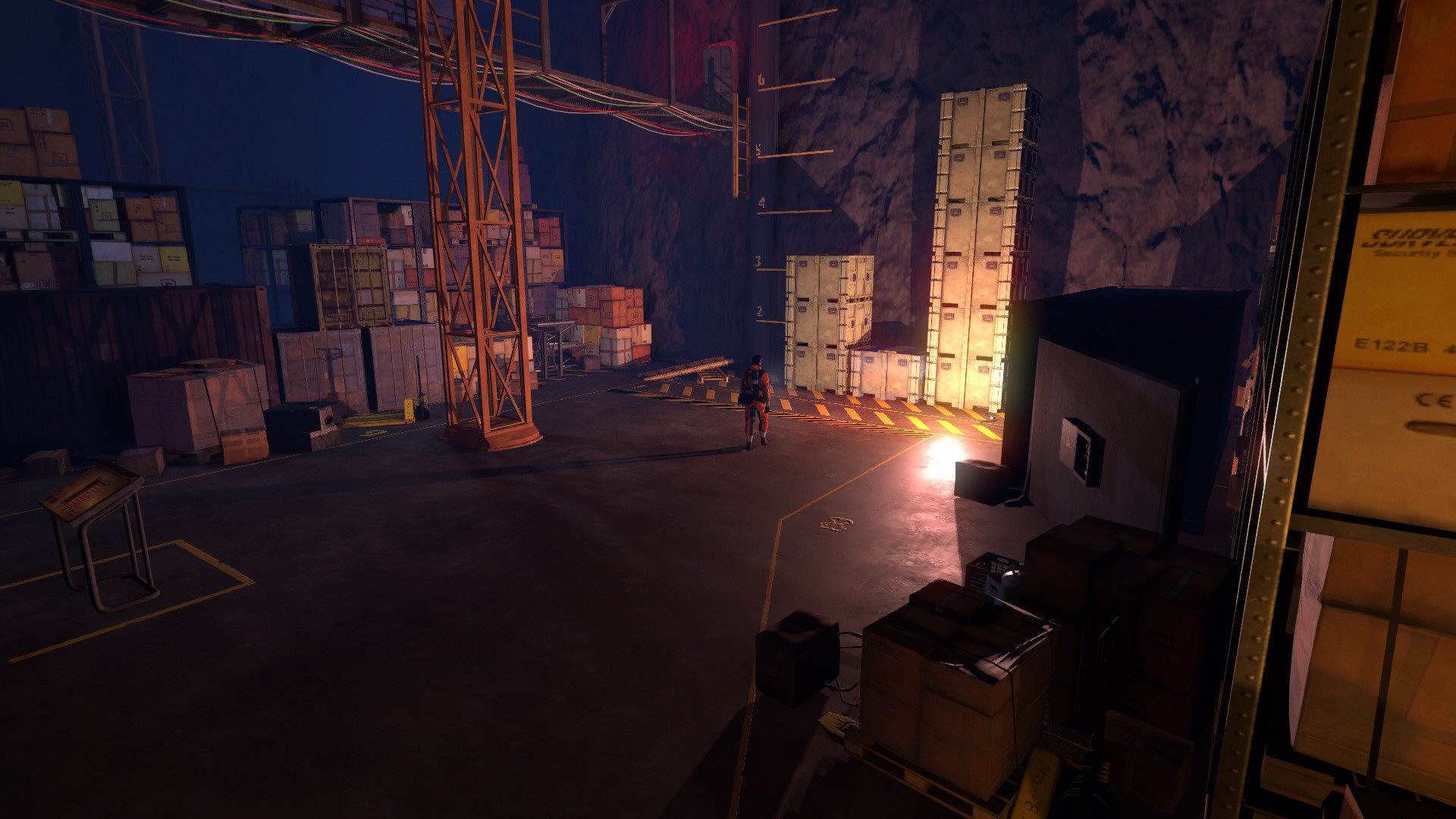 The story doesn’t involve many characters or locations. It’s all contained within ARK 01 as characters both in the present and past go about their tasks. It takes form of an episodic nature, consisting of 5 episodes, akin to Telltale Games, each of which lasts about 1 – 1.5 hours. The pacing is relatively good and characters are believable. The overall plot is not something I found to be mindblowing, but it is relatively decent. I think the twists and big developments could’ve gotten more of a build up perhaps rather than just happening as a matter-of-factly.

The game has some choice and consequence and multiple endings, although I personally felt that many of those were a bit underwhelming and could’ve been expanded on some more.

As mentioned earlier, this game has a very similar formula to Telltale Games. Most of the gameplay involves point and click interactions with the environment, puzzle solving, and dialogues with characters.

Most of the point and click is relatively simple and happens within confines of a room or a small area. Most times it just requires us to find something in a room or to get something activated. At times this has us solve puzzles, such as fixing broken devices and crafting things. Sometimes this can feel quite repetitive, as more often than not, we go on mini fetch quest chains – find how to open/fix A, object B can do it but it won’t work unless we find object C first, which might require an action D. 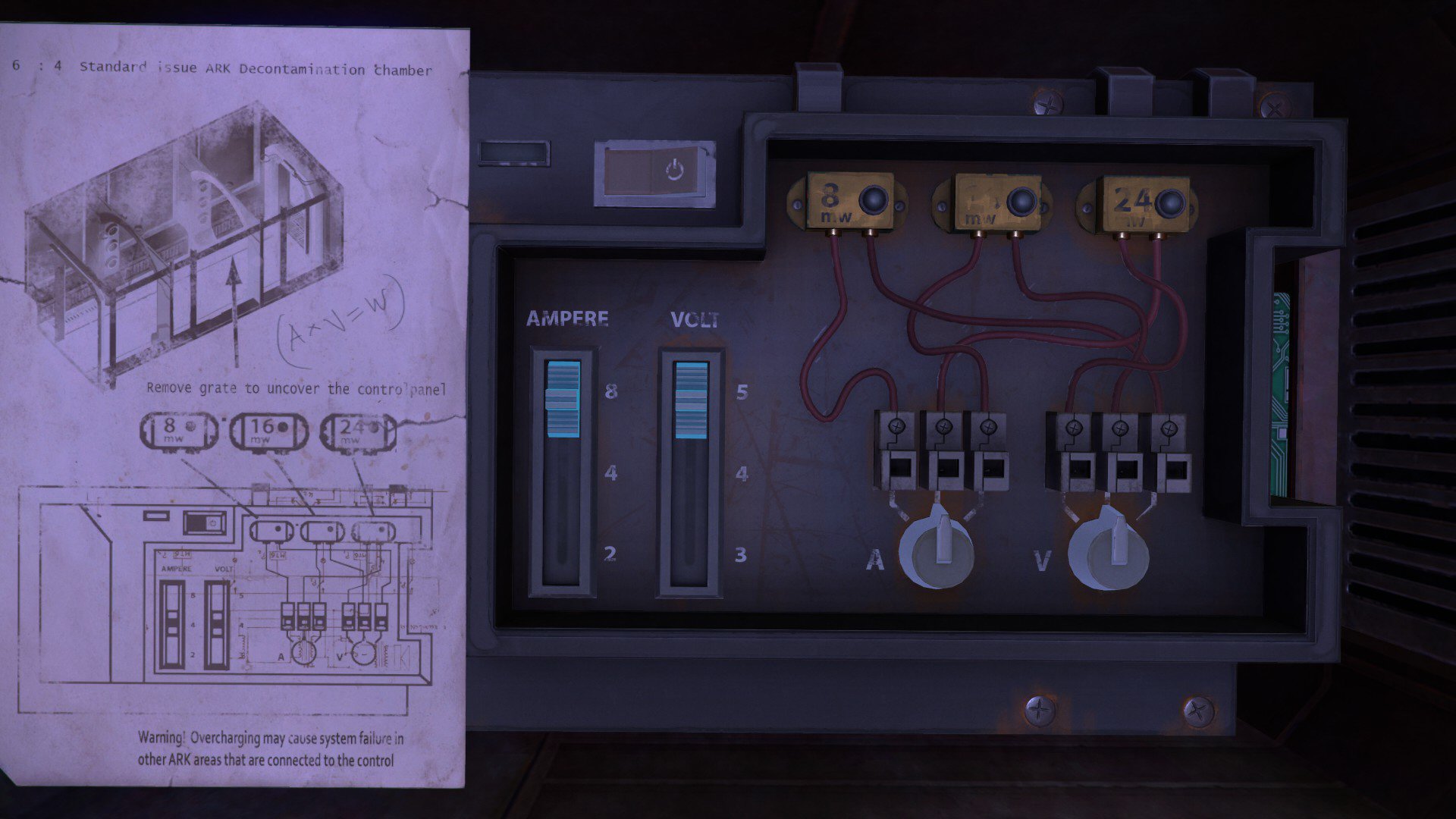 Dialogues often let us make choices of what to say and how to respond. Most times these don’t change much in the story, but some of these do affect outcomes. Just as with Telltale Games, each time we have to make a dialogue choice, it’s timed, so we don’t get a chance to think about our answer and have to decide quickly.

There are some action sequences and quick-time events present too, though much less than in Telltale Games. Generally it’s a slower-paced game and is suitable for people looking for a casual experience.

A few mild annoyances I had were mainly in controls. The static camera angles were at times annoying as they changed suddenly when moving about big areas. At times pathfinding was also pretty bad, particularly when getting characters to interact with something that was not directly next to them, and on many occasions they simply walked to some point and stopped short of where I wanted them to be. Lastly, after acquiring the map of the area, clicking on the map HUD on the screen also caused the character to walk to where on the screen the mouse was clicking on, which seemed like a small bug. 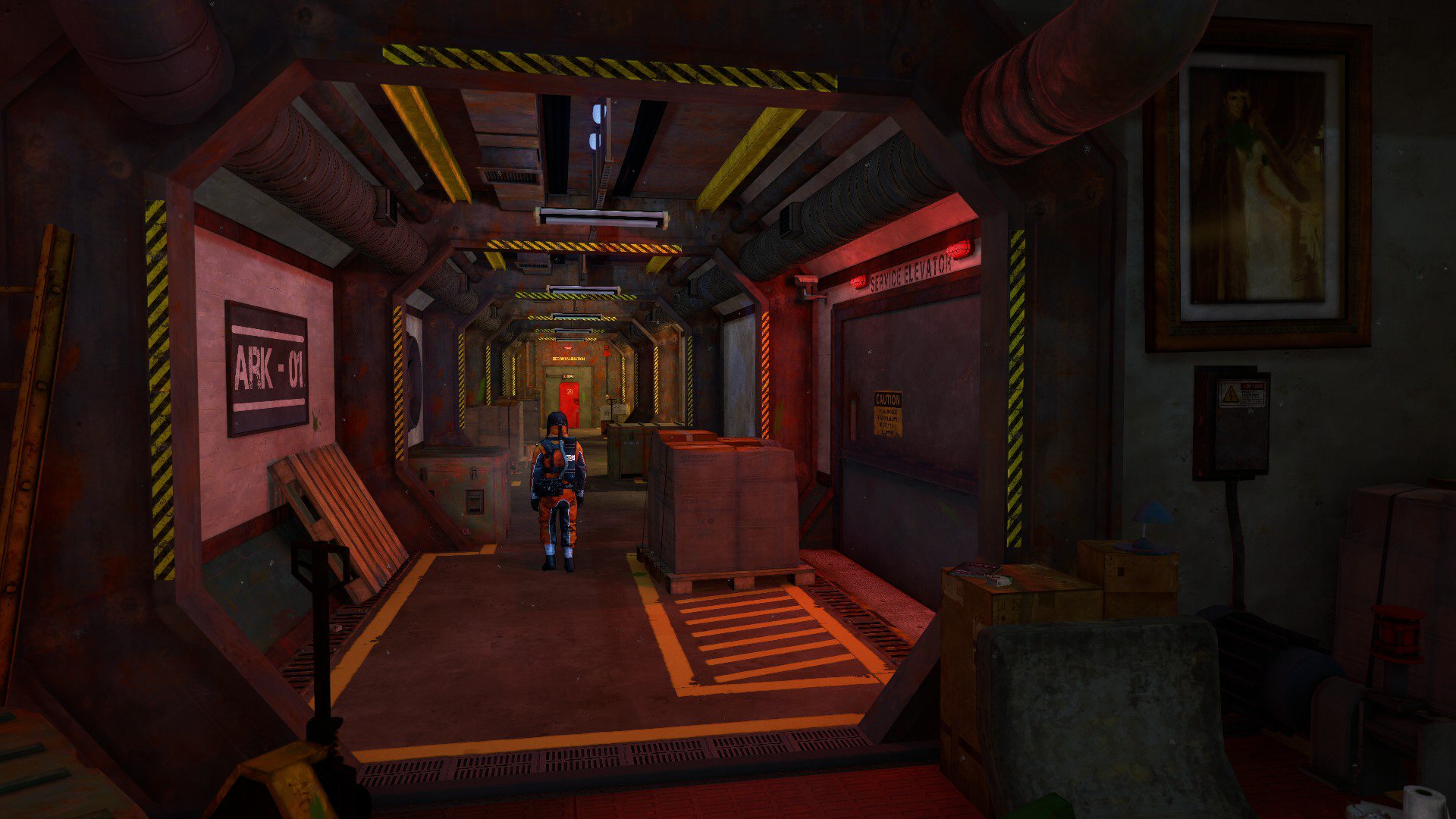 The game plays in third person with fixed camera angles as we move from one location to another. All the navigating is done with a mouse. The visuals are pretty decent. Character expressions are done nicely and environments all look believable for the setting. The interface is reasonably good too, with interactable parts of the environment getting marked with an icon when we approach them.

The music is mainly low key and ambient. It helps the tension, though not particularly memorable. The voice acting is really good and helps each character to convey the right emotion.

I enjoyed the style in how transitions in the story between the past and the present were done and how seamless the narrative time jumps felt. 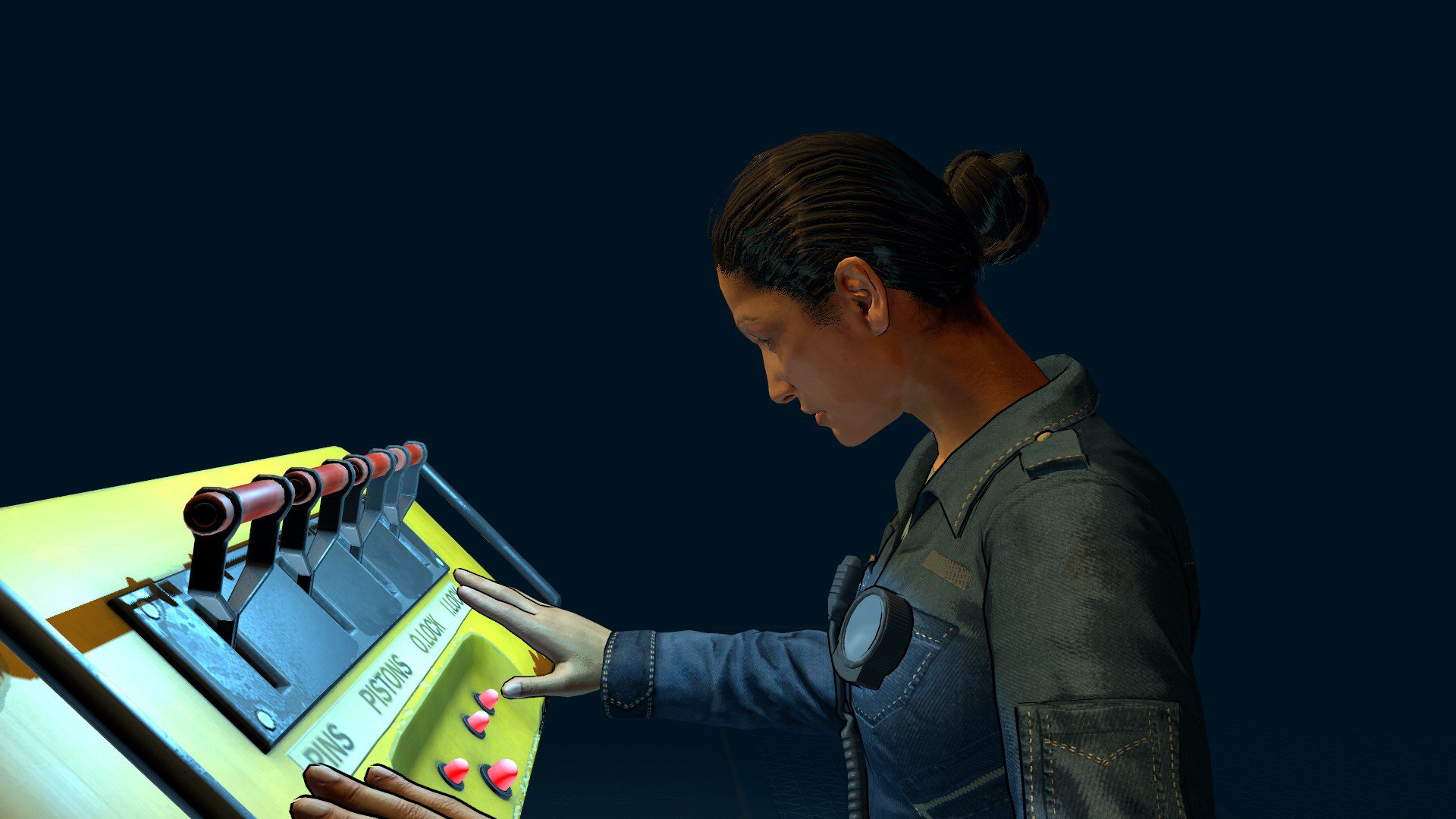 Generally, this is a reasonably nice story-driven point and click game. It might not be excelling at anything, but it is a nice story to delve into for those who enjoy these types of post-apocalyptic and sci-fi settings. I didn’t find it to be particularly replayable, even despite some choices and consequences, but it’s worth a playthrough once for sure.