The iconic STALKER series returns in this prequel to Shadow of Chernobyl. Clear Sky delivers once again everything that made the first chapter great, while also improving gameplay. However, some design choices weren’t thought out so well and along with other issues, draw it back a bit.

STALKER Clear Sky (CLS) is a post-apocalyptic FPS set in “The Zone”, a large area that was contaminated after the Chernobyl disaster. In this prequel to STALKER Shadow of Chernobyl players impersonate Scar, a veteran Stalker that get caught into an Emission, an anomalous event usually lethal to all those near it. After surviving the protagonist makes an alliance with Clear Sky, one of the several factions fighting in the area, and sets upon a journey to find the truth about the Zone’s nature.

The Zone (un)Welcomes you
Clear Sky manages yet again to deliver the iconic, dark and unforgiving atmosphere of the Zone. Remnants of industrial buildings eroded by time, makeshift encampments and fortified positions litter what is increasingly turning into a war zone because of the tensions between factions. Packs of mutants roam the untamed areas, preying on the weak or lonely while lethal anomalies, radiation and crime reap every day great numbers of lives. Each environment, building and location feels desolate, eerie, tense consistently: as it should be in a place where any moment could be one’s last.

Creative tinkering
One of the major gameplay innovations this second chapter introduces, is the possibility of upgrading weapons and armor with unique modifications depending on each type. Skilled weapons and armor-smiths are present in every major settlement to take any regular gun or vest to a whole new level… for the right price. This mechanic allows players to customize their favorite weapons to perfection and suit different approaches, for instance long-range enthusiasts can mod for precision, while close-combat fans instead have better rate of fire. The same goes for armor of course.

Everyone needs a friend, right?
The system encompassing alliances and factions has been overhauled in this chapter, as it proposes a completely new Faction Wars system alongside specific missions for each one. Unique rewards, merchants and NPCs are as well available and will vary depending on player choices about who to oppose or help. Of course, one may also choose to stay neutral, but doing so will prevent unlocking most high-grade traders, gear and rewards. 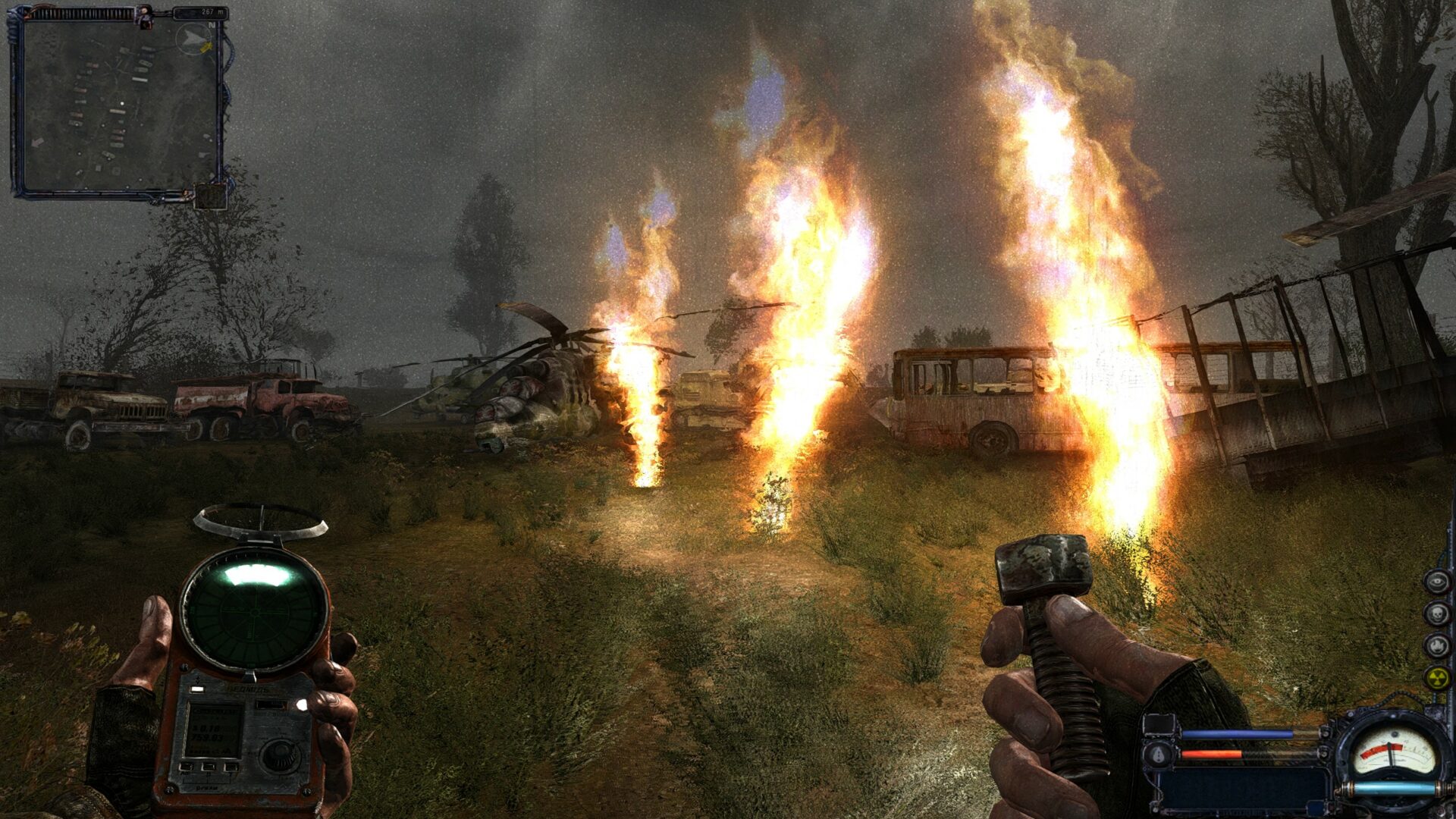 Deja-vu, I have been in this place before
One of the biggest issues with Clear Sky, is that it heavily recycles many locations from Shadow of Chernobyl (even if some are modified to a certain extent). This results, especially for people coming from SoC, very dull and repetitive as the really unique locations of CLS are only a small handful in total. Moreover apart from Clear Sky (faction), the game doesn’t really introduce any new one, while new monsters and anomalies are very few.

War never changes… it’s always a mess!
The Faction War system on paper seems like a good concept, and it would be if it worked properly and wasn’t a terribly annoying chore. Between having to wait forever for allied squads to come and capture vital points to the seemingly endless spam of enemy forces, this system soon becomes a boring slog other than a huge expenditure of ammo for comparatively meager rewards. The fact players cannot capture points of interest alone is crippling, while there are many logical inconsistencies such as factions keeping up the fight even with their leaders dead and bases destroyed. 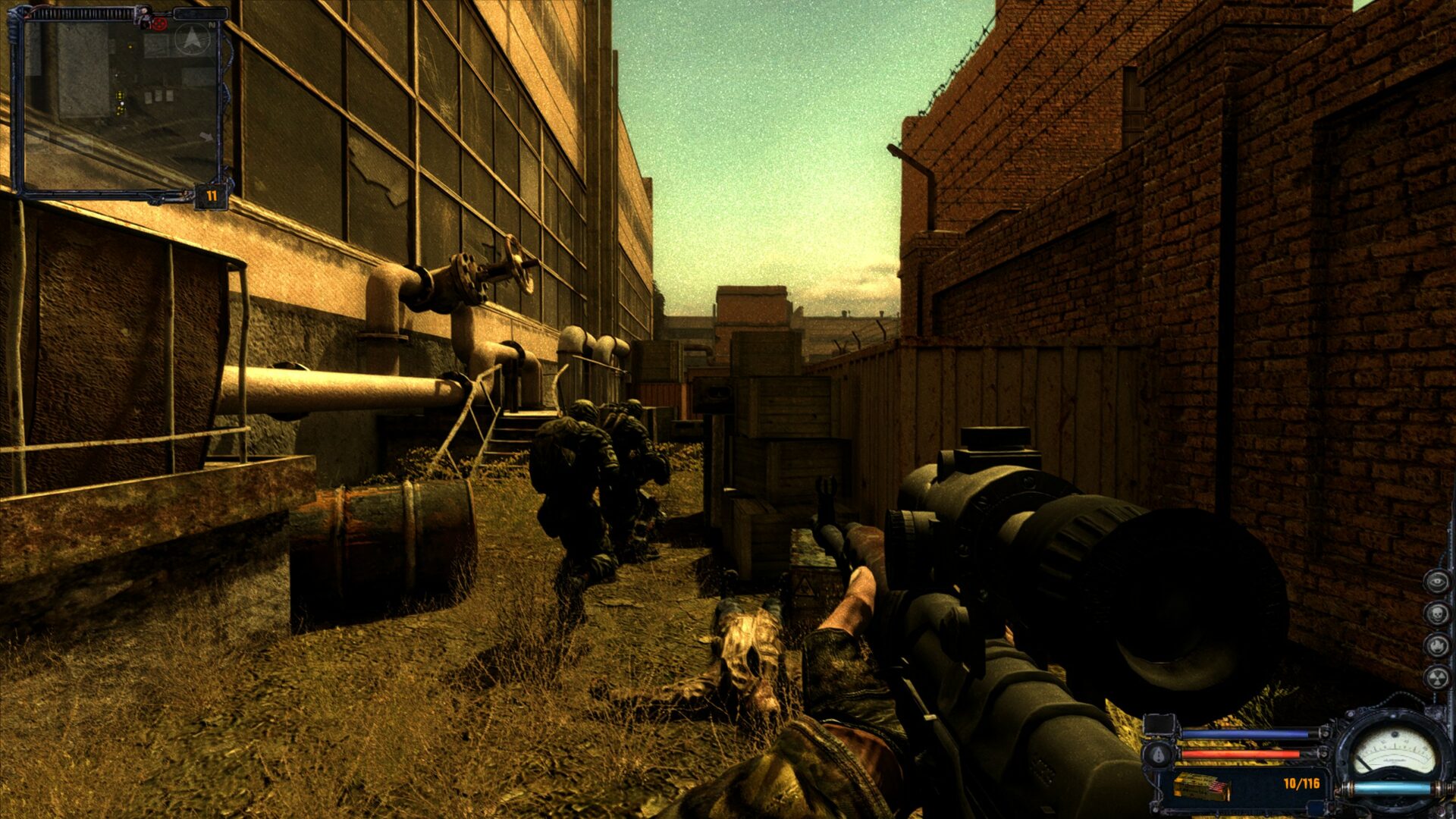 Exploration
Is performed on foot, through diverse areas ranging from ruined industrial complexes to forest and underground tunnels. The Zone is highly lethal, as anomalies causing different effects litter every place, but also are house to precious artifacts for those brave enough to go inside them. Guides are special Stalkers allowing players to fast travel between already visited locations, but for a premium that becomes higher with distance.

Scar’s PDA shows the main and up to three side objectives on the map, squad movements, points of interest and secret stashes if the coordinates are known. Usually most locations have hidden supply caches not listed as Stashes, but still containing many useful items. Accurate exploration is always rewarded with such resources, and definitely worth it especially early on. Generally most map zones are open but some will need certain events to happen before being explorable.

Combat
Plays out in first person, with an emphasis on realism, ballistics and usage of cover. Weapons range from pistols to shotguns, assault rifles and even heavy machineguns, and they also have multiple ammo types each suited for diverse applications. Stealth is possible although very difficult even with darkness and silencers, as enemies are quite aware of their surroundings. Grenades and explosives usually insta-kill anything in their explosion radius, but are expensive or rare.

Quests
Are usually given by unique named NPCs and involve completing tasks to receive rewards. Some quests called Events instead can be random and appear while exploring the world, and often involve escorting, protection or helping someone in a fight. Most of these assignments result in improvement with faction relations and a reward of money or items.

Faction Wars
Play out with points of interest being highlighted on the global map, and factions fighting for each. Depending on allegiance, players will help a faction’s squads to conquer these locations until the final fight for the Enemy Base is available. Too bad this system is prone to bugs, annoying and dramatically badly paced. Completing a faction war gives access to better traders and substantial rewards, that however won’t reintegrate the expended resources. 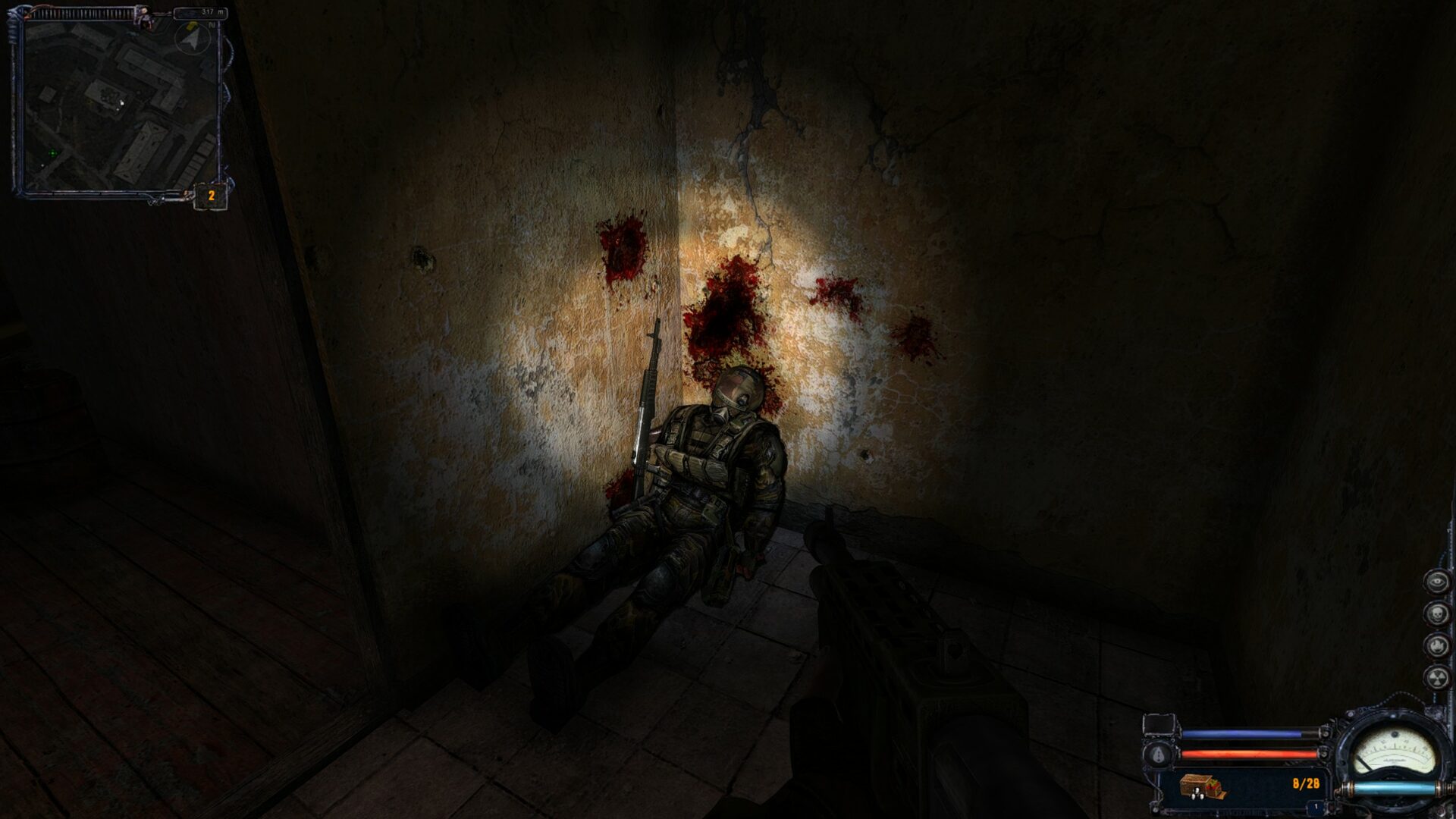 Bugs & Other Issues
– Secondary quests or random events may rarely not progress and become stuck forever.
– Faction squads to capture points of interest take a very long time to arrive, and often go the wrong way.

STALKER Clear Sky is successful in being a solid entry for the series, and in delivering a diverse perspective upon the events that led to the first game’s events. However, the Faction Wars system is honestly terribly thought-out while the repeated environments, bugs and reduced amount of unique side-quests don’t make this entry as good as its predecessor. Still a definitely worthy game to purchase for fans of the series, just don’t expect it to be as good as SOC or COP.