Command heroes to kill an awful lot of Goblins for you.

While I’m sure it’s not a big surprise, I am a fan of Dungeons and Dragons. Tabletops in general are something I partake in weekly, from running games to being a player in them. That said, I love fantasy settings, and really, any sliver of RPG elements in games. Guildmaster is a pretty traditional sort of fantasy setting, with Goblins, Druids, typical magical elements, and a whole lot of sarcasm. 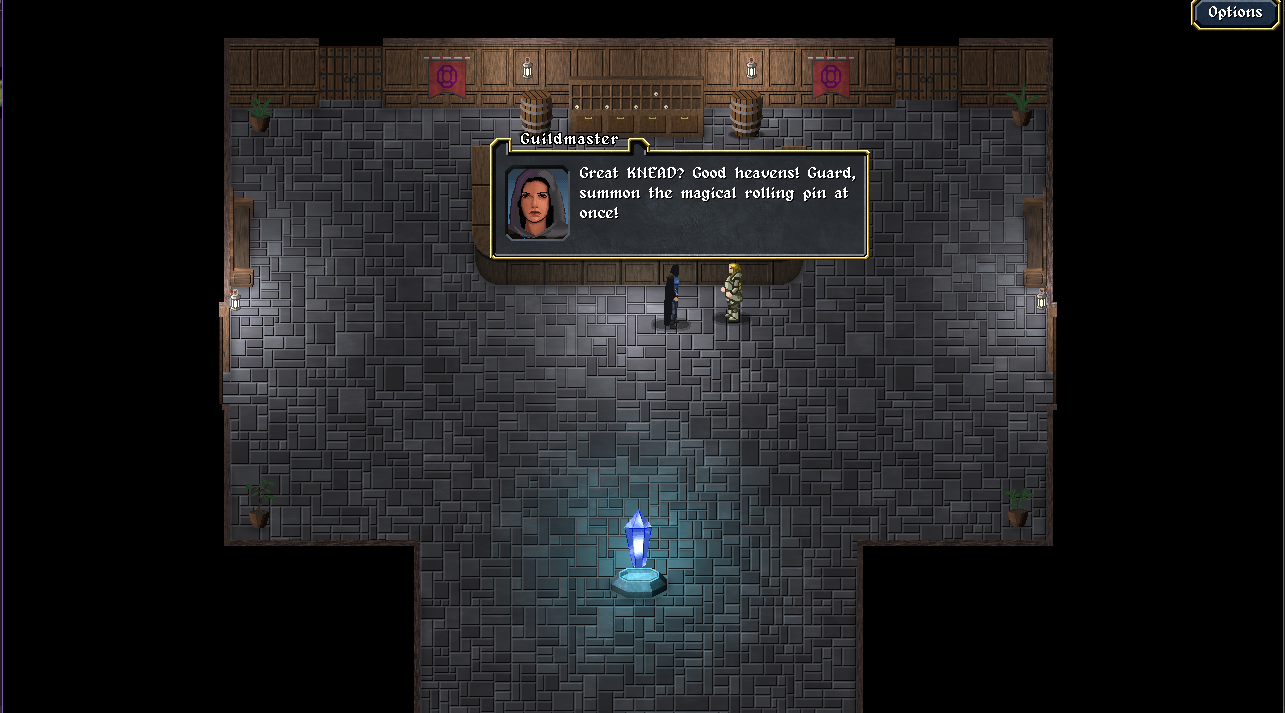 During the intro, your heroes, Halea and Gwennel, have received a cryptic letter. They meet in the middle of a forest and sling questions and confused statements at each other. Halea appears to be a knight or a warrior of some sort, with axe and shield. Gwennel is most certainly an Elven ranger, clad in green and bow-decked (like being bedecked but with bow in hand). While our heroes are chatting, Goblin 37 approaches, stating that he also received a letter. Traditionally, Goblins are enemies in this world, and the characters are understandably confused. Things don’t exactly get clearer when a wizard named Elmar appears. He insists, quite enthusiastically, that the group kills the Goblin, and the tutorial begins.

Elmar quickly introduces himself as a bit of a dork, and tries to convince the heroes to join a guild of his. Despite initial agitation, he convinces the others to come to their organization, and we’re met with a character creation screen. You must create the guildmaster you will be playing throughout the game that guides the heroes you control during different guild missions. It’s the guildmaster’s responsibility to aid the heroes in their growth, and in assisting various individuals with tasks that get dropped at your feet as you progress through the game. 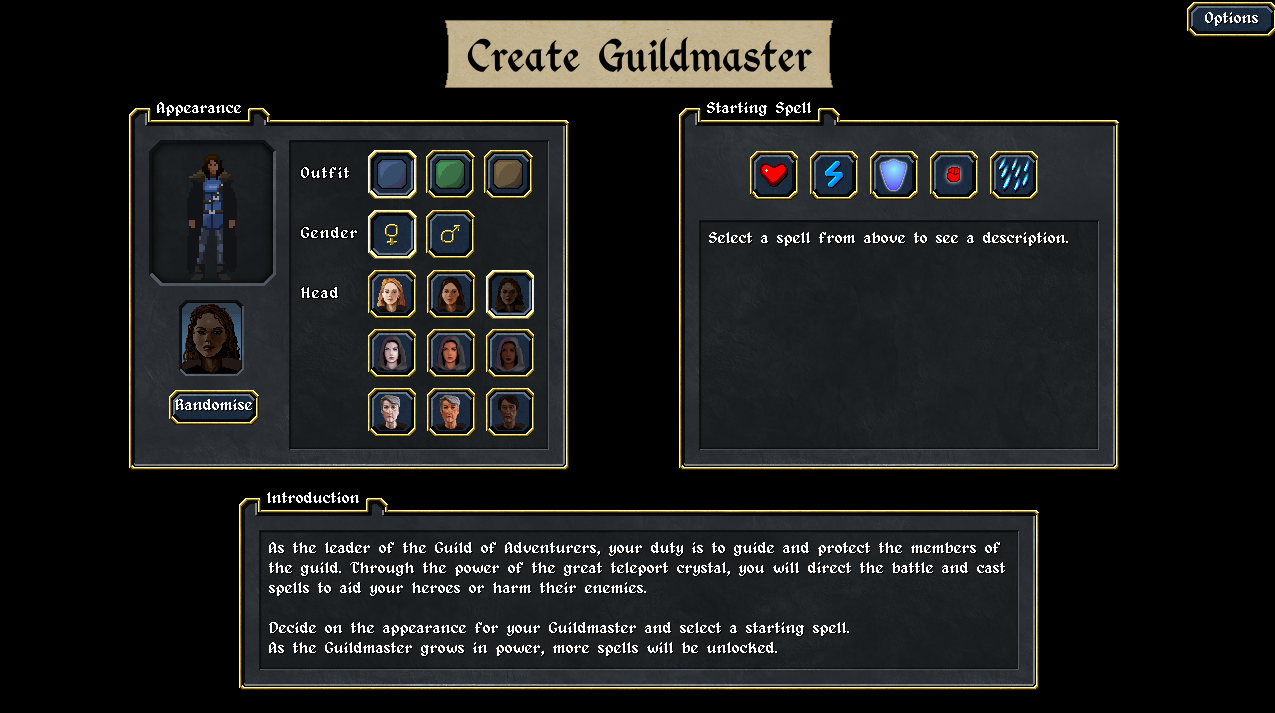 There is, technically, an overall “villain” to the story, but I would say that the plot isn’t necessarily one that enthralled me. The gameplay itself and the various jokes and general rapport the guildmaster has with their team was what kept me engaged. There are jokes a-plenty scattered throughout each and every dialogue option, keeping things light and entertaining along your journey.

Everything here is pixelated! If that’s a style you enjoy, you might like this. It’s simplistic for the most part, but things are colourful and engaging enough to look at. Character customization is present, as previously mentioned, though there’s not a ton of variety. Still, I love having the opportunity to be darker-skinned, and also female, and the sprites are pretty enough. 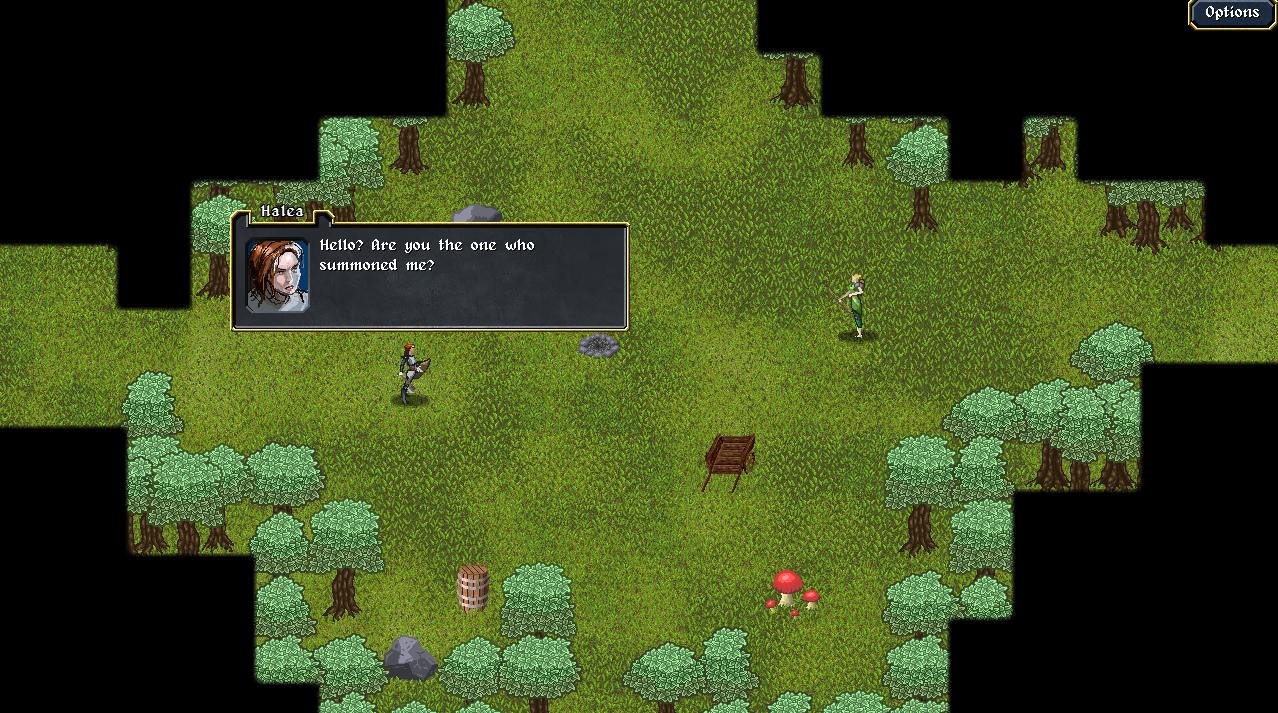 Every character has their own models and some animation flavours available. Armour won’t show on your character models, though new weapons and equipment will, and various spells have different animations associated with them. Most of the game takes place in forested areas, though there’s variety in the landscapes as well, from caves, to jails, to outposts. There are unique enemy models as well, and while I found some of the Goblins to be difficult at a glance at times to differentiate- since there only difference is often their equipment- the variety is usually easy to distinguish. You get the chance to choose your team before each quest- though some have only one required member-

Overall, the visuals really do a great job of harkening back to old-style tactical RPG graphics I might’ve enjoyed as a child, and I found it to be something charming that didn’t overstay its welcome for me, personally. 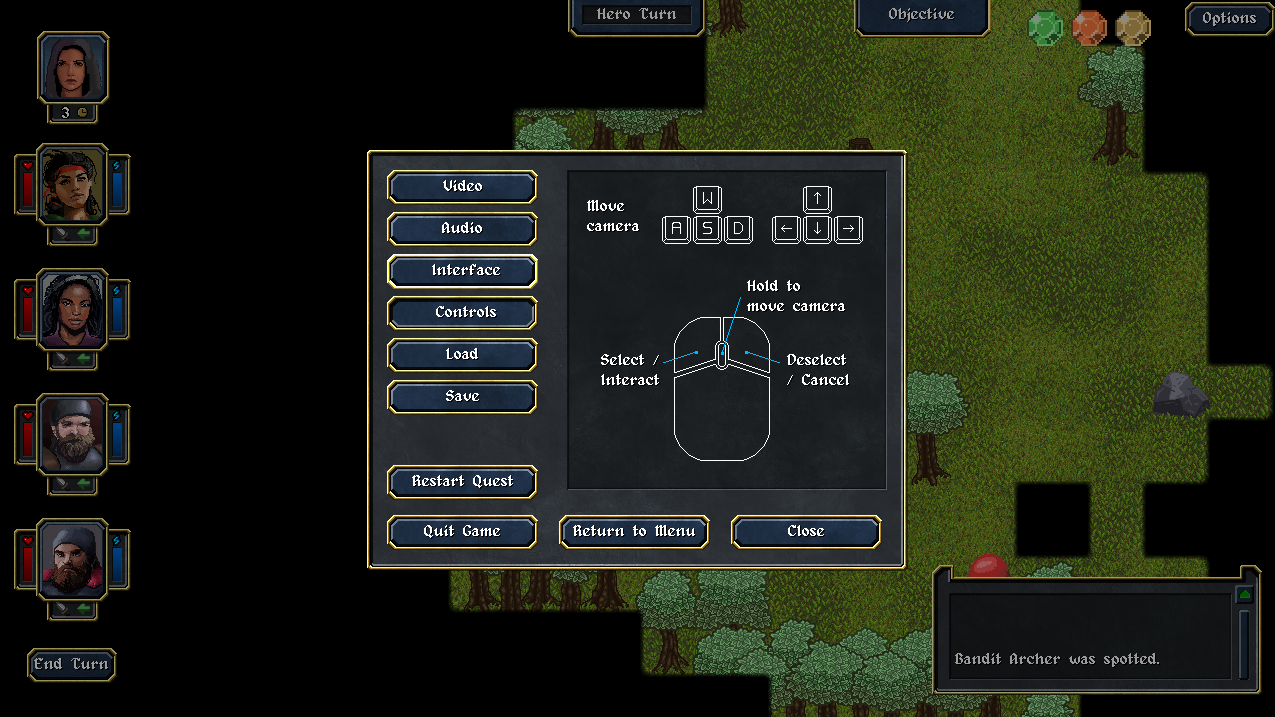 At its core, Guildmaster is a strategy RPG. Everything is turn-based, and your team will normally consist of a total of four players when you’re in missions. Players move along a grid, and even out of combat the guildmaster does the same. In your guild, you can equip your party, read up on lore at the library, and get general buffs to aid you at the enchanter. The guild is your hub, and you’ve got a steward who helps provide you quests named…Steward.

The game is point and click, and you’ve got a variety of skills your party is capable of, with passives particular to each character and skills determined by their equipment. Character archetypes include warriors, your mages, and your archers. There is an auto-equip button before missions to outfit your characters with the best gear you have for their class, and after buying new things, I found myself using it frequently. After each mission- which range from killing goblins to rescuing cans of beans to slaying slimes- your characters will level. You can allot three skill points to make them better at various skills, and then move on to the next quest on your list. After each mission, however, your prior active party has to rest. Difficulty in game isn’t too bad, though there were a few moments I came in with a team ill-fitted for their quest and had to reload a safe to switch out my party. Outside of that, if you play tactically, heal up and don’t rush your squishy characters into the fray, you shouldn’t have much issue. 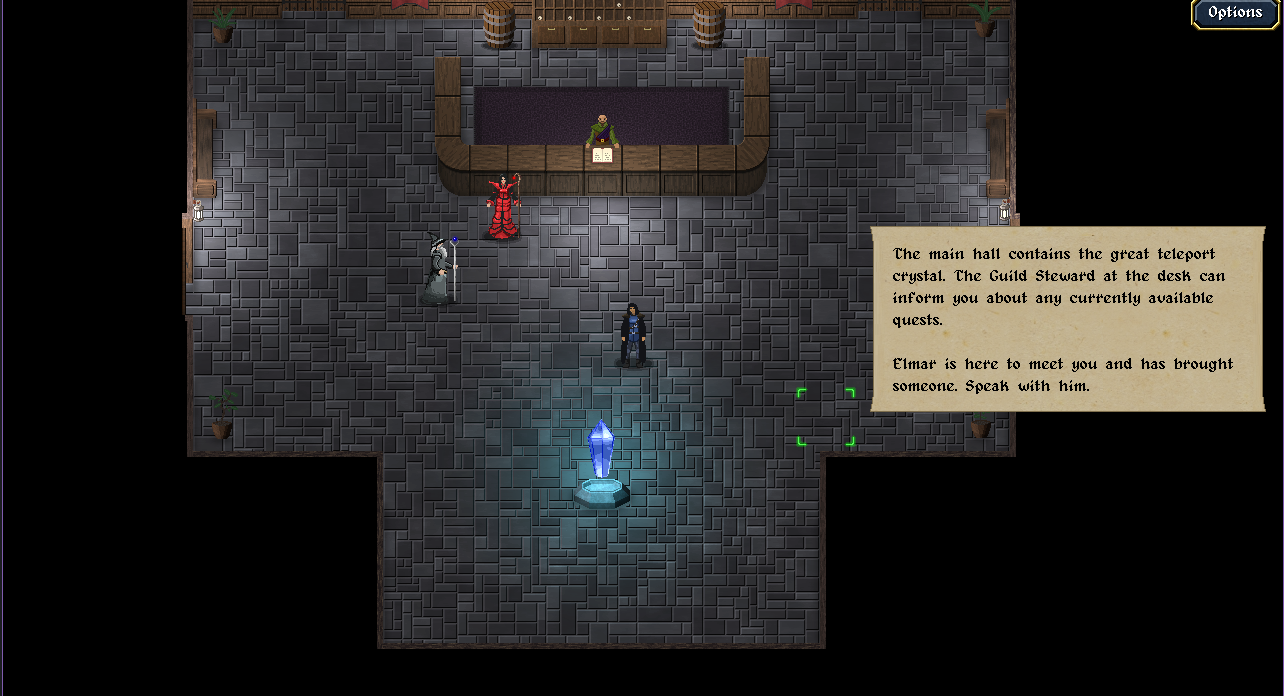 While I typically do my best to not spoil anything in a game, I will offer a warning: I know it is easy in party games to pick favourites and only level them. I RECOMMEND AGAINST THIS STRONGLY. It might be a good idea to try to keep your party levels rounded out, for the most part, for no particular reason at all.

Guildmaster scratches a particular humorous itch in the turn-based tactical RPG genre for me. Multiple elements were entertaining enough that I wanted to keep playing, and see what would, eventually happen, and the way they would make things humorous enough to resolve the plot.