A DLC to the highly tactical rogue-like RPG where we continue to take over the mortal lands as the necromancer Iratus.

Earlier this year I reviewed ‘Iratus: Lord of the Dead’, which I found to be an incredibly fun and tactically deep game in a similar vein to Darkest Dungeon, except with more focus on combat. Being the necromancer Iratus, we could create a large variety of different undead minions in order to rise up and destroy the mortals. The first DLC for the game is now out, so let’s have a look at what it adds to the base game. 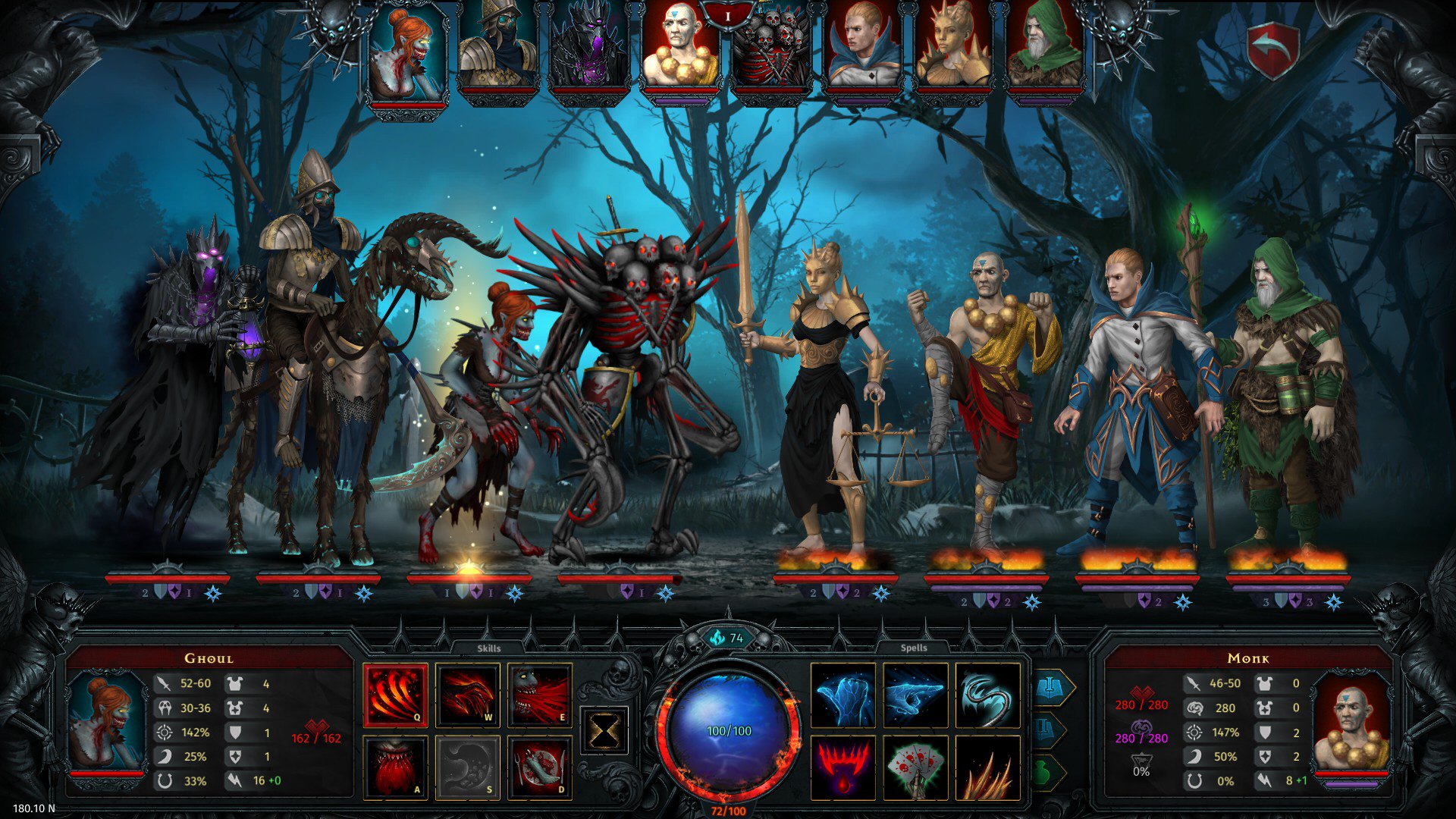 2 New Minions
We have two new minions added to the already impressive roster of monstrosities – Reaper and Abomination. Both are pretty versatile and have clearly been made to fit into a variety of different teams. However, even despite having a very varied skillset, there are some teams where they fit better than in others. In short, Reaper fits better with vigor-damage teams and Abomination fits better with stress-damage teams. They also fit some team roles better than others. Abomination is a very clear tank and debuffer, and Reaper can dish out some very impressive damage and also buff the daylights out of spells for Iratus to use. 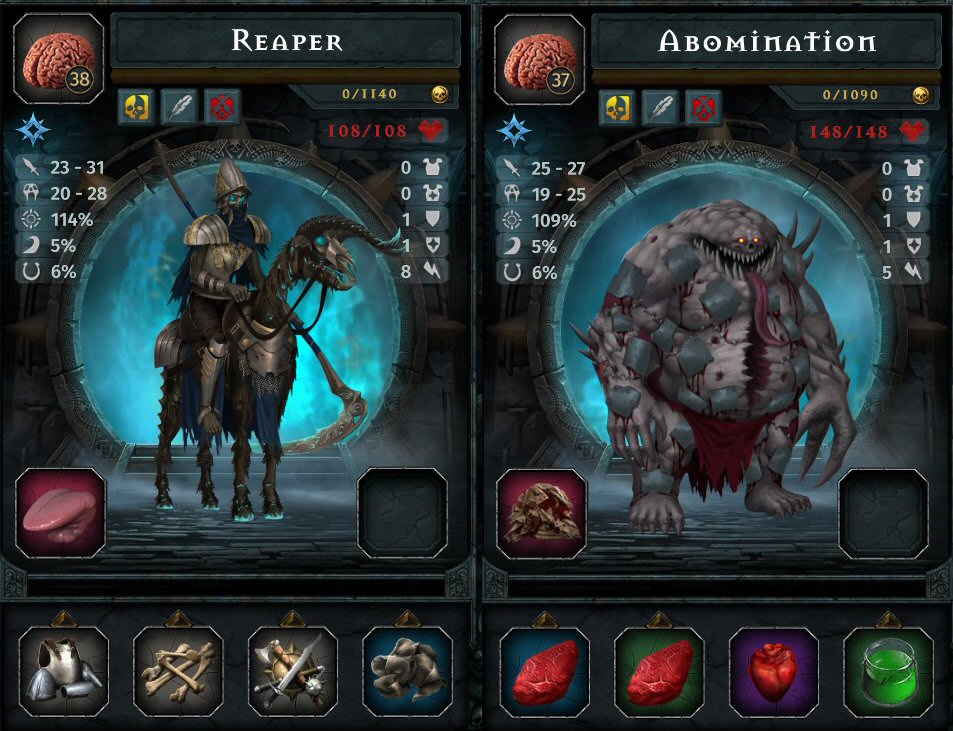 New Dungeon Floor
There’s now one more dungeon floor for us to beat, which starts right after beating the previous 5 floors in the main game. This new floor’s theme is cemetery, where heroes of various specialities and from different cultures have been brought to life in a hope to stop Iratus, ranging from Greek hoplites to Indian monks to Nordic Vikings and so on. Each hero type has its own special features in battle that can drastically affect the strategy that’s needed to win. This new floor also has its own boss at the end. 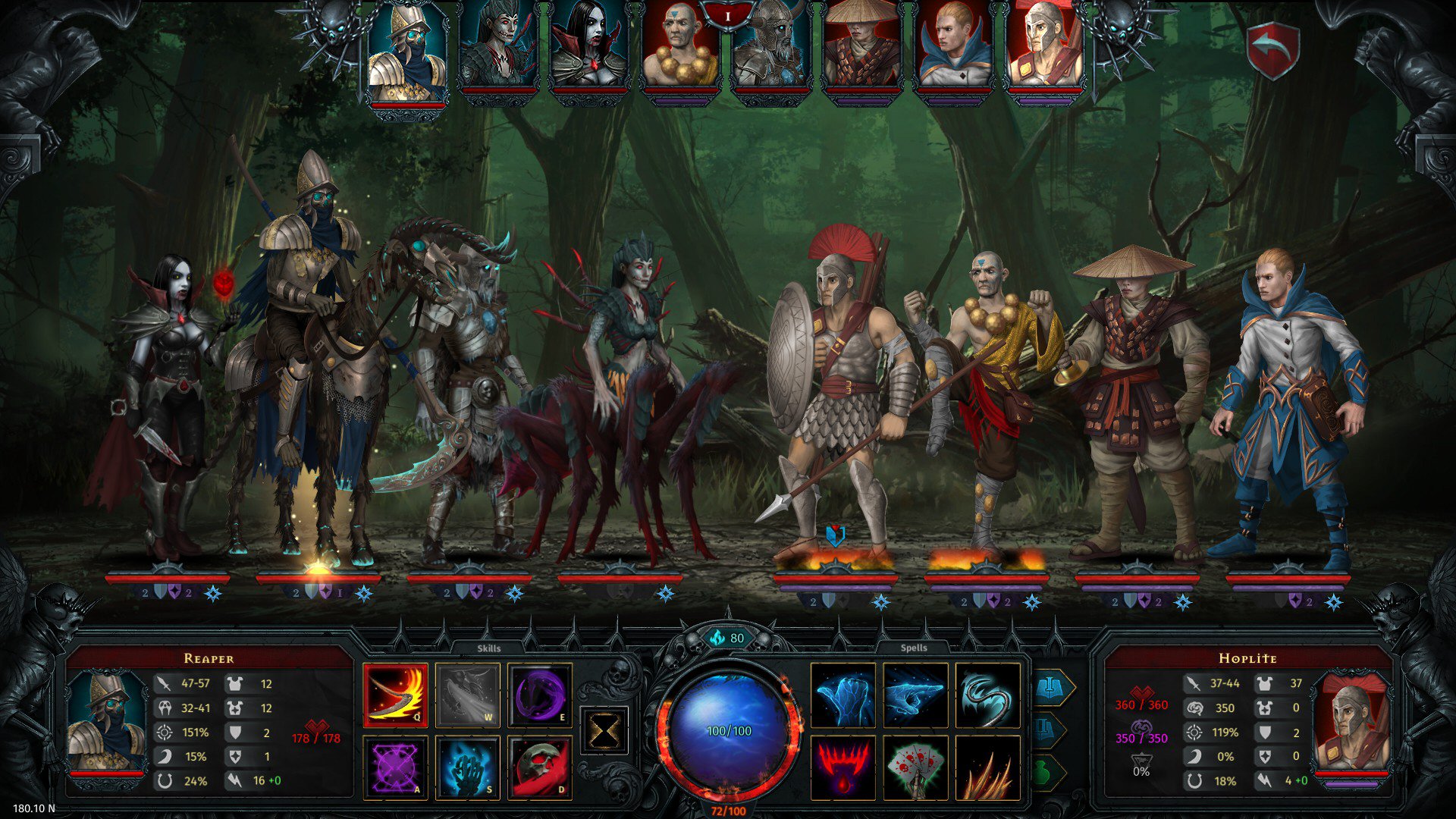 New Enemies and Bosses in old floors
So the first 5 floors of the main game also have a few new additions. Each one of them has 1 new enemy type that can be met in combat encounters. This enemy type occupies two spaces and is generally stronger and more dangerous than other enemies. As far as new bosses, each floor has one new boss, and a new boss may or may not replace an old boss per each playthrough. For example, on Floor 2, the old boss was the Inventor, but now there’s a random chance of either getting the Inventor or the Mek Brothers (a new boss on this floor). According to many players, some of these new bosses were a little out of balance at release, but the devs have patched it up since then. 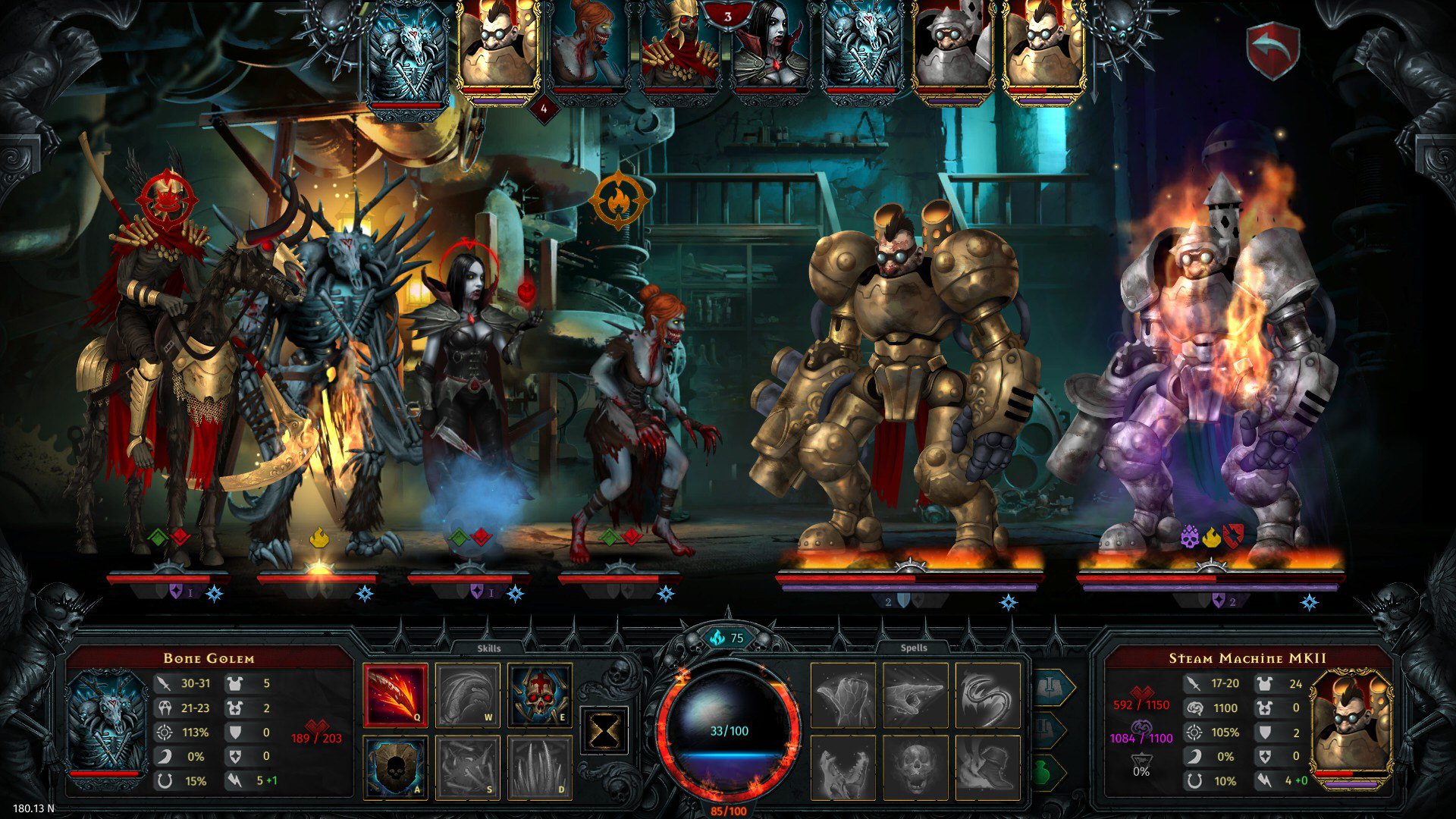 Potion-crafting system
This DLC also adds a new mechanic to the game – the potion crafting. Now, by using body parts and flasks, we can craft specific potions, all with various effects. Some heal or buff allies, others debuff enemies, all can be used during battles. In the beginning we don’t know the formula to any potion, but through experimentation (or using an online guide if you prefer) we can discover the recipes. The experimentation tells us right away if a successful potion can be made from a certain combination of body parts, so the body parts are not used up if the combination we’ve chosen yields no potion. Moreover, each potion type can have a stronger potency if uncommon or rare body parts are used instead of the common ones. With the potion-crafting, we have some new ways of approaching the challenges the game provides. 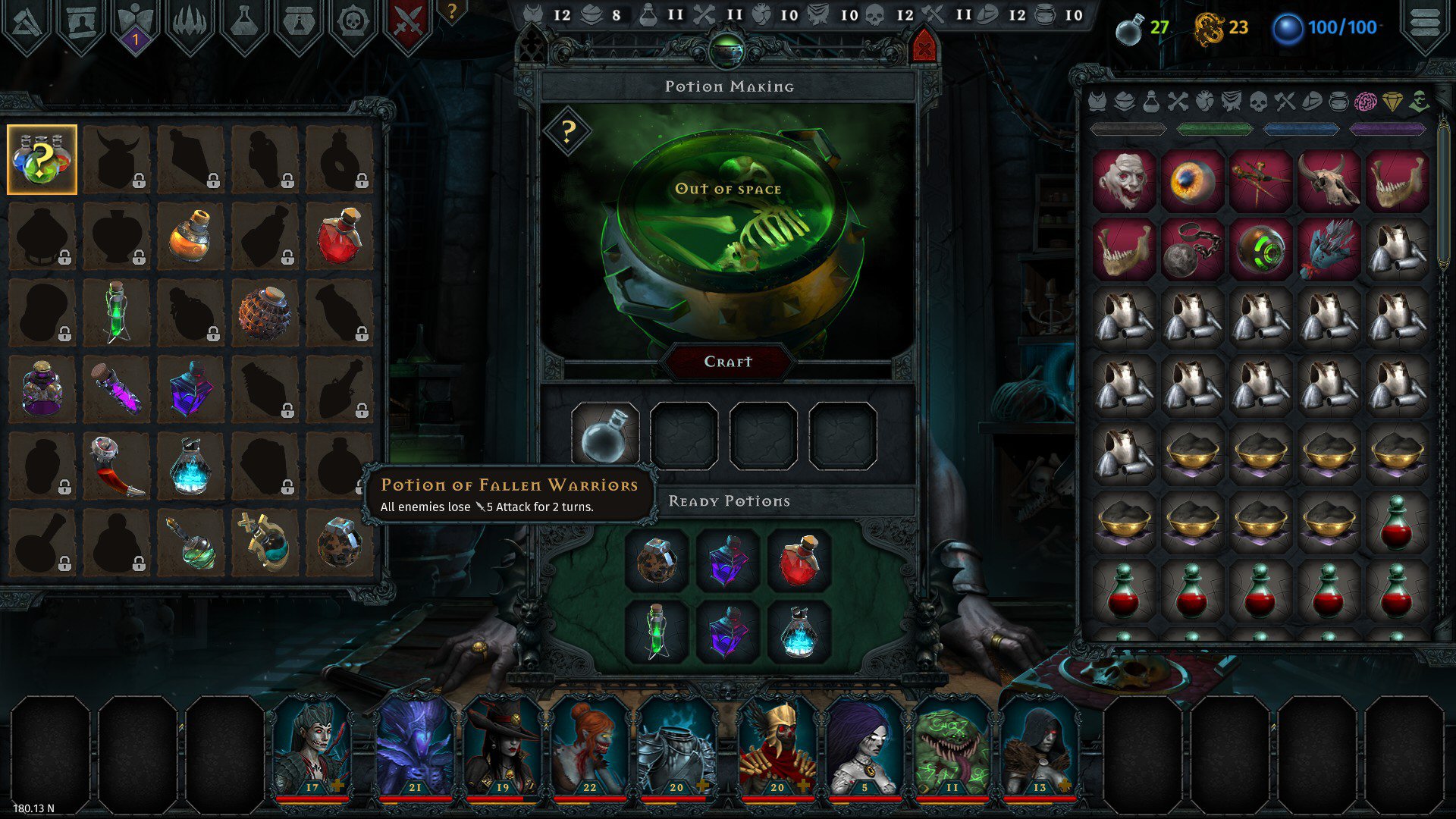 New Skins
Last but not least, each of the existing minions of Iratus gets one new skin from this DLC, which is great for spicing up their look. 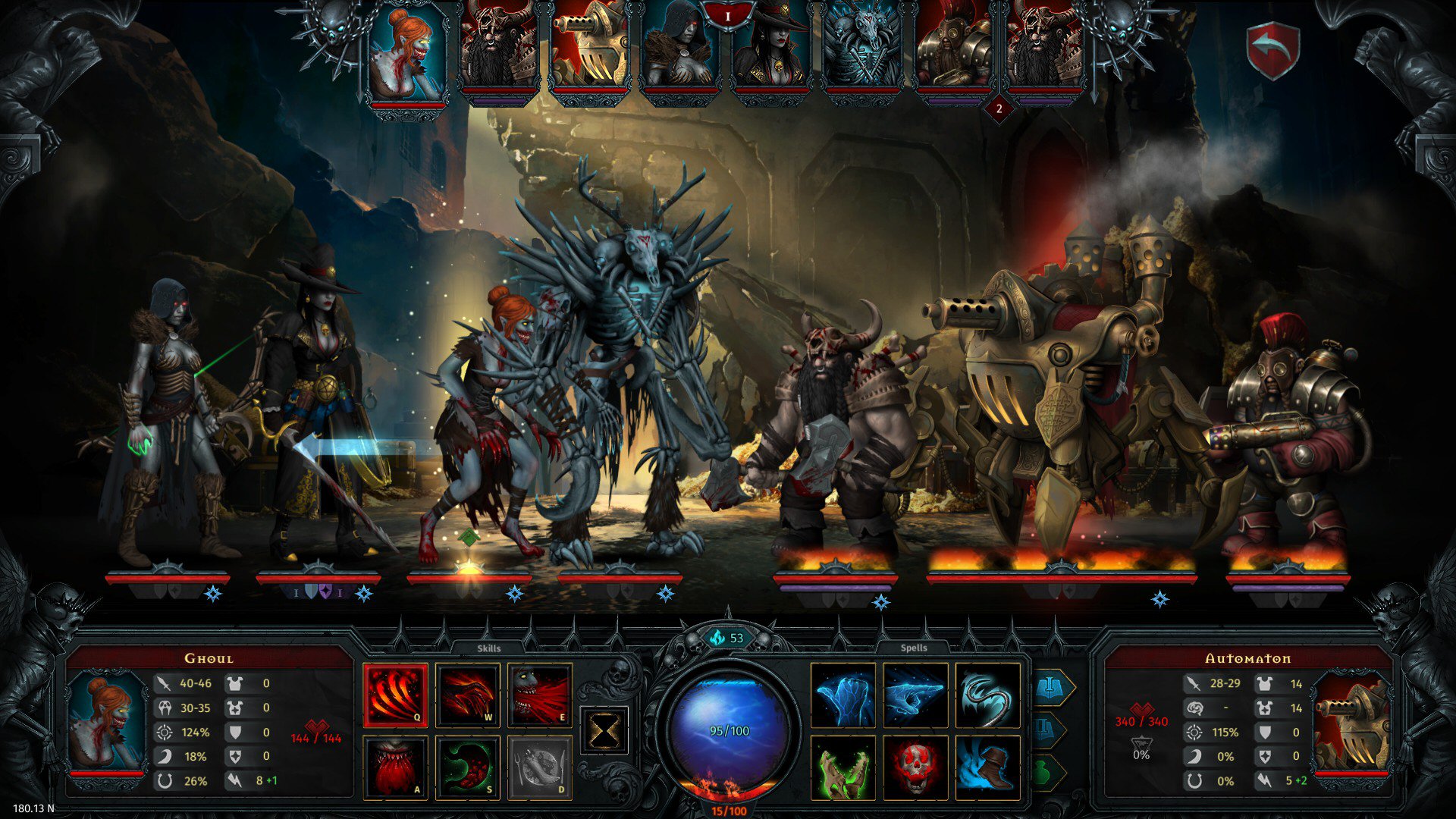 This is a worthy DLC that adds a bit of everything to the base game – new minions, new enemies, new dungeon floor, a new game mechanic, and new skins. For anyone new to the game, I’d recommend to try out the base game first (this DLC costs about half as much as the main game, so could be too much for anyone who ends up not enjoying the main game). To anyone who has a blast with the main game or had enjoyed it during the Early Access, I’d highly recommend this DLC as it adds a lot of new stuff to it and makes it better than before.