A short and easy arcade puzzle game that lacks features but is mildly entertaining nonetheless.

Fill All instantly reminded me of Amidar which was an arcade favourite of mine when I was younger. Although not as good as Amidar it’s still charming but ultimately, it’s just far too easy.

The game is very short at around an hour and it won’t pose too many difficulties.

There are one hundred levels to tackle and you have to achieve twelve stars on each level to progress. You will be awarded one to three stars per grid until you get the twelve and move on to the next level.

The idea of the game is to collect all the tokens on the grid but movement is limited to up, down, left and right and once you move you will travel the whole length until you hit a wall. You can’t stop or move once you are in motion.

The first half of the game is absurdly easy. They are extremely basic and almost impossible to fail. It is only when obstacles start to appear at around level fifty that the game begins to feel a little more interesting.

Unfortunately, there are only three obstacles to cause you minor difficulties and these appear randomly on the grid.

The three obstacles are a whirlwind which transports you to another part of the grid; a latent ghost which once touched will follow you around and kill you if touched again; and a bomb which will detonate a small area around it after a small countdown and destroy you if nearby.

The whirlwind is a minor irritation. It rarely causes you any trouble apart from sometimes it will teleport you on to the ghost.

The ghost is another minor hassle as he moves very slowly and only moves every few seconds. Mostly he is easy to dodge but sometimes he will catch you in a corner.

The bomb again is very easy to avoid and seemed pointless.

Even with the three combined it was still far too easy to complete.

Achievement hunters will earn an easy 100% on this game.

The grids themselves are very basic and quite small. The grid does not scroll and fits on one screen. I have played similar puzzle games before where the difficulty lies in navigating the grid to reach certain squares. You have to use the walls as brakes and work out paths. It can be quite complicated and that is the sort of difficulty level I was expecting in Fill All. Disappointingly however, it really is easy and only a few grids proved slightly difficult.

I didn’t feel that the difficulty level increased as I progressed either. The first fifty levels were a carbon copy of each other and posed no threat, and the second half was slightly more difficult but again were very similar to each other. The grids should have got more treacherous as I progressed introducing new baddies and features, but this just didn’t happen. Surely the levels could have had a bit more variety! I think they are lacking some imagination.

The scoring mechanics are slightly confusing. You are awarded one to three stars per grid but there is no criteria. I presume it is down to time but there is no clock and no key telling you the parameters for each star group.

Overall though the game has a lot of charm.

There are twenty-four different characters to collect and use throughout the game and they are all colourful, cute and inject a bit of personality into the title. The grid and the collectibles resemble the character. i.e. The bee character travels around a yellow grid collecting honey combs. That part of the game was done very well but again it could have been elaborated on with cut scenes for each new character or a comical interlude like Pacman had. 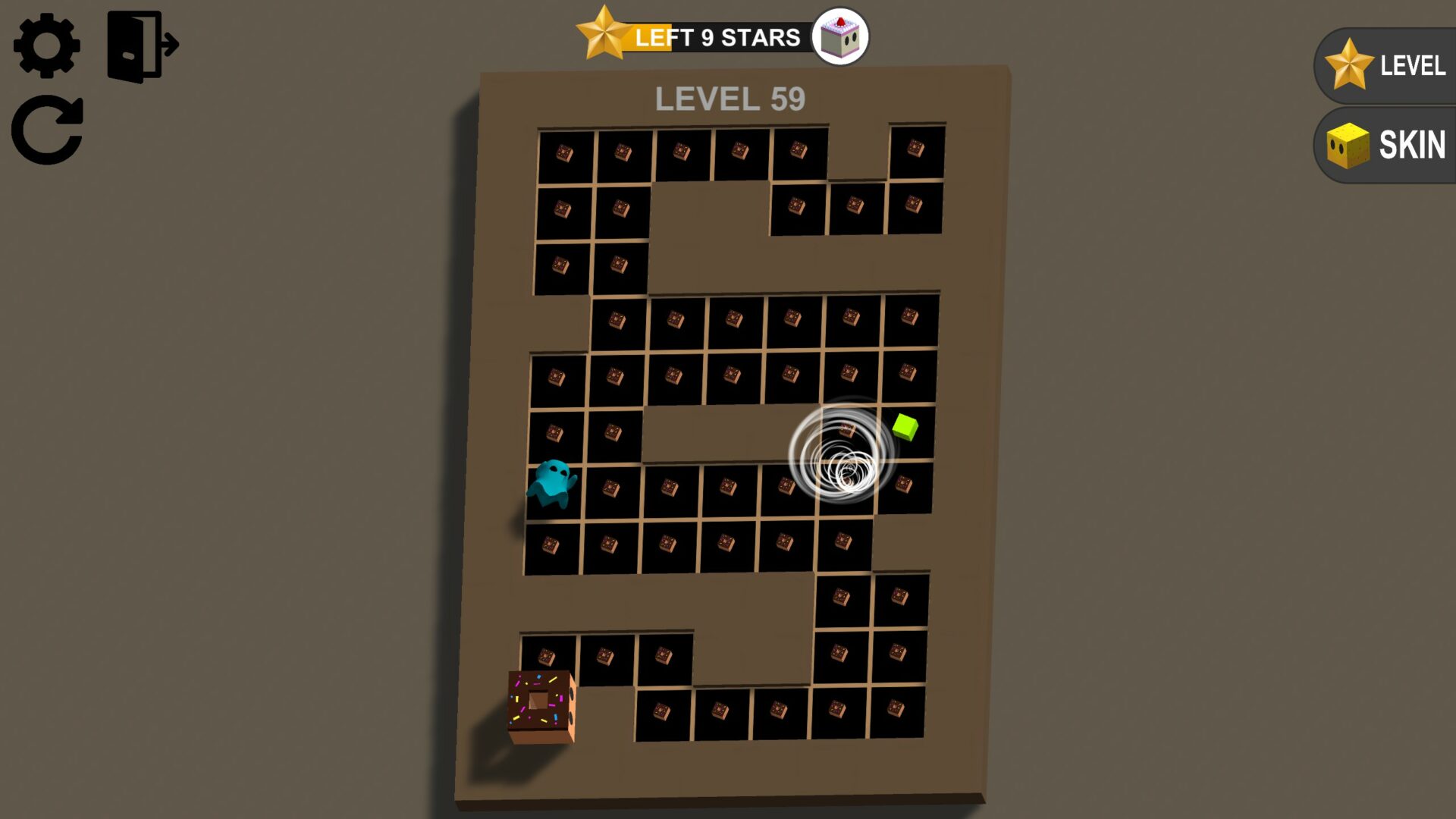 Visuals are quite basic but charming, with colourful grids and themes relating to one of the twenty-four collectible characters. It fits perfectly into the retro style arcade aesthetic.

There is no music in the game which was a bit disappointing and not even a menu tune. The sound effects are quite punchy however and have a good retro feel. I’m sure a jaunty tune would have made proceedings more entertaining even if it was just a brief introduction to the level.

Fill all will only distract you for an hour but it is strangely entertaining with its charming characters and arcade style sound effects. Sometimes a simple game to pass some time is all you need and Fill All meets that requirement.

It won’t provide adults with any challenge but I think it would really appeal to a younger audience. I would have liked to have seen more obstacles and baddies to spice up gameplay and more of a difficulty progression or various difficulty levels to choose from.

The title is cheap enough however and I was happy with what I paid for an hour’s entertainment.