Well, I moved here at the wrong time.

Welcome to Elk follows a woman named Frigg who has left their life in the city to take up a carpentry apprenticeship in a small town named Elk located on an island. Upon accepting this apprenticeship position, she expects this part of her life to be calm and boring, however this is not the case. It’s not long after she arrives that she learns that this small community has its own problems, colorful characters, and stories to tell. For better or for worse, she gets quickly involved like she always lived there. 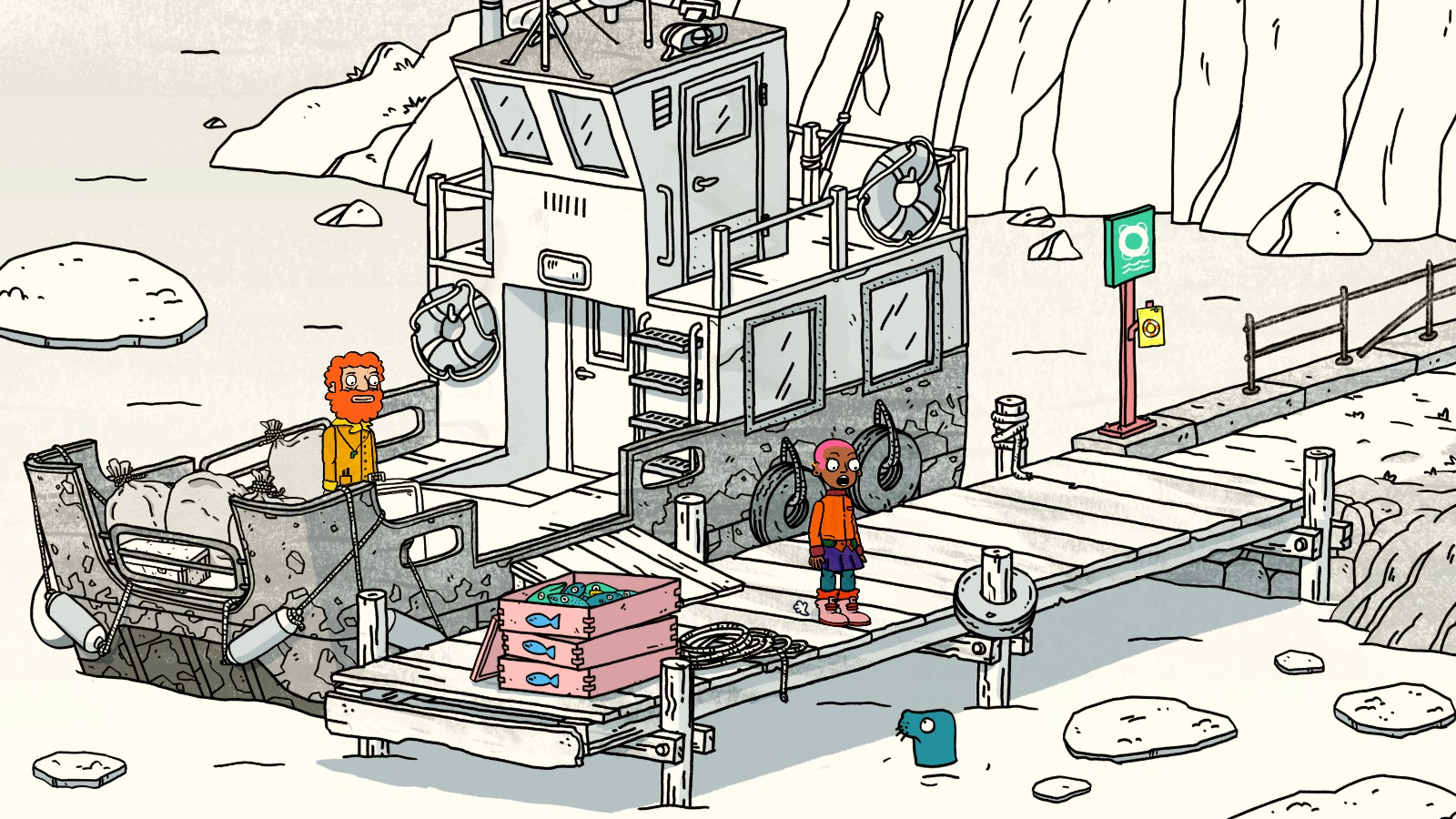 Taking place a little bit over a week, you’ll be traveling across the island, exploring everything Elk has to offer, hanging out with and getting to know your new neighbors, and totally not doing carpentry despite a boat being in the progress of being built. As Elk is hand-drawn with many things hanging out in the open, the developers have luckily predicted that there will be players looking for any and all interactive items. Thus, all the characters and items that Frigg can interact with will be colored in to contrast all the black and white outlined items and scenery. Which certainly helps as some will switch between interactive and not. Every day you’ll run into a story being played out and a minigame. The minigames here were pretty good though some of them did leave me wanting to play them more. Minigames can help lighten the mood, like the dance competition you have at the beginning, playing golf, or even building your own contraption. Though, there are also minigames that brings us right back to the horrible reality and compliments the story it’s with. Like trying to help Anders remember his parents by pasting facial features on balloons ransom note style or beautifully sending off a man that newly died. 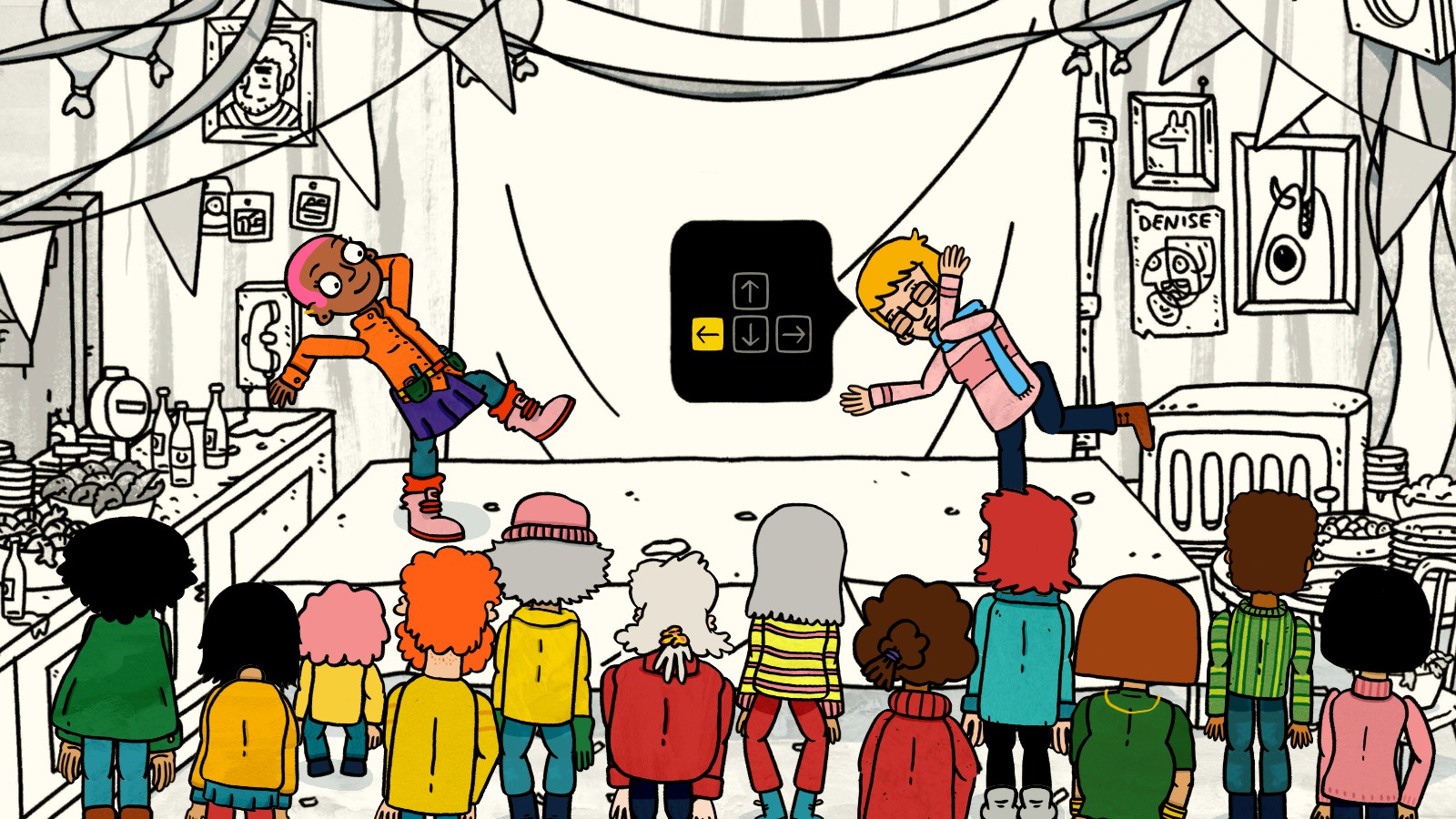 If you somehow missed the main selling point, the stories told in Welcome to Elk are true stories that happened to the people that the team knows or were somehow involved. To fit into the game alongside others, each story is rewritten to better fit, but the impact is still there. The themes range from death and alcoholism to uncomfortable situations. Depending on what story that is being incorporated, it can be a brief mention, part of a character, and/or gets a spotlight as the featured story that day.

At the end of the day, Frigg returns to her new home and sleeps to have some strange dreams on a boat and wakes up to a new message in a bottle sitting on her living room table. Who is leaving these and why is unknown. Once your curiosity gets the best of you, it turns out that they contain stories that strangely somewhat correlates with what happened days before. In addition, Frigg is sometimes visited by strangers (well, strangers in a sense that they don’t live at Elk) that once she walks up to them, we’re treated to an actual person being recorded telling a story that they experienced. Making it more charged than it would have been if you were just reading or quickly scanning the story. 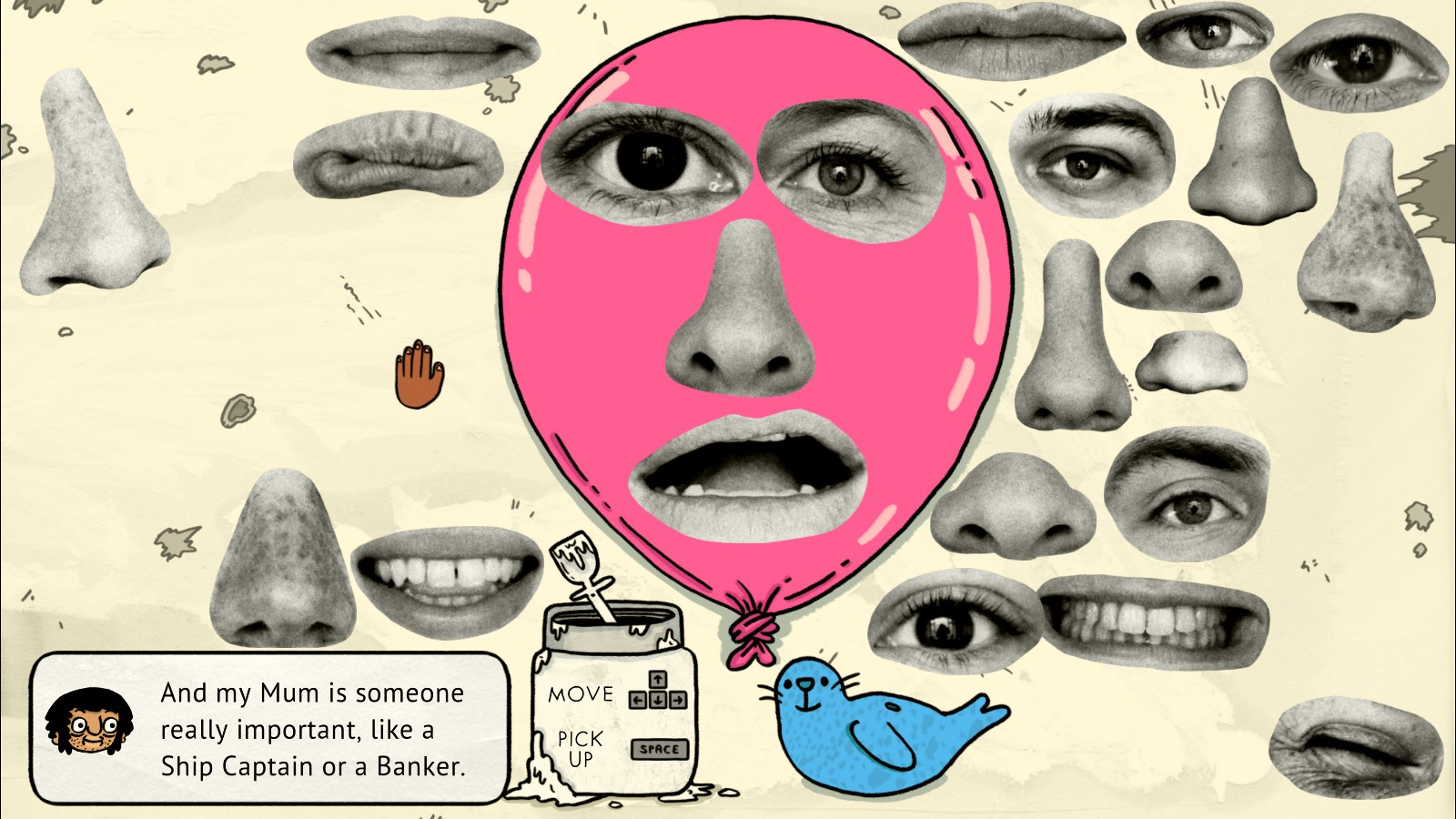 Before going in, the game does autosave your game only with no option to save your game manually. Since Welcome to Elk silently saves, meaning it doesn’t give a sign saying it’s saving like other games, I don’t doubt some people will be wondering what’s up. This game can honestly be completed in one go and you may not even want to stop (like me which told myself I would to savour this game, but I didn’t end up doing it). If you do need to step away, try to exit the game after Frigg wakes up or try to guess where the game would autosave. However, this also means that the game autosaves right at the credits which isn’t bad unless you want to go back and read the stories placed on Frigg’s table.

Though, there is good news in regards to this. If you want to read all of the stories the developers gathered without playing the game again, or just don’t want to open the game just to read one, the developers have listed all of them on the game’s website ready for anyone to read (though it seems that two only appear in the game during the fmv style retellings). There is also a bonus story, called “Lauge and the Diamond Smugglers” that didn’t end up fitting into the game.

I will also like to mention that I appreciate how the missable achievements are easy to find. They all become available at different times, and some can only be caught during that day, but the game puts you on a path that will have you right there or pass right by it. Considering that interactable items are colored in as well, you can easily spot them too. There is only one achievement that is hard to figure out, but there is a hint on the game’s website. 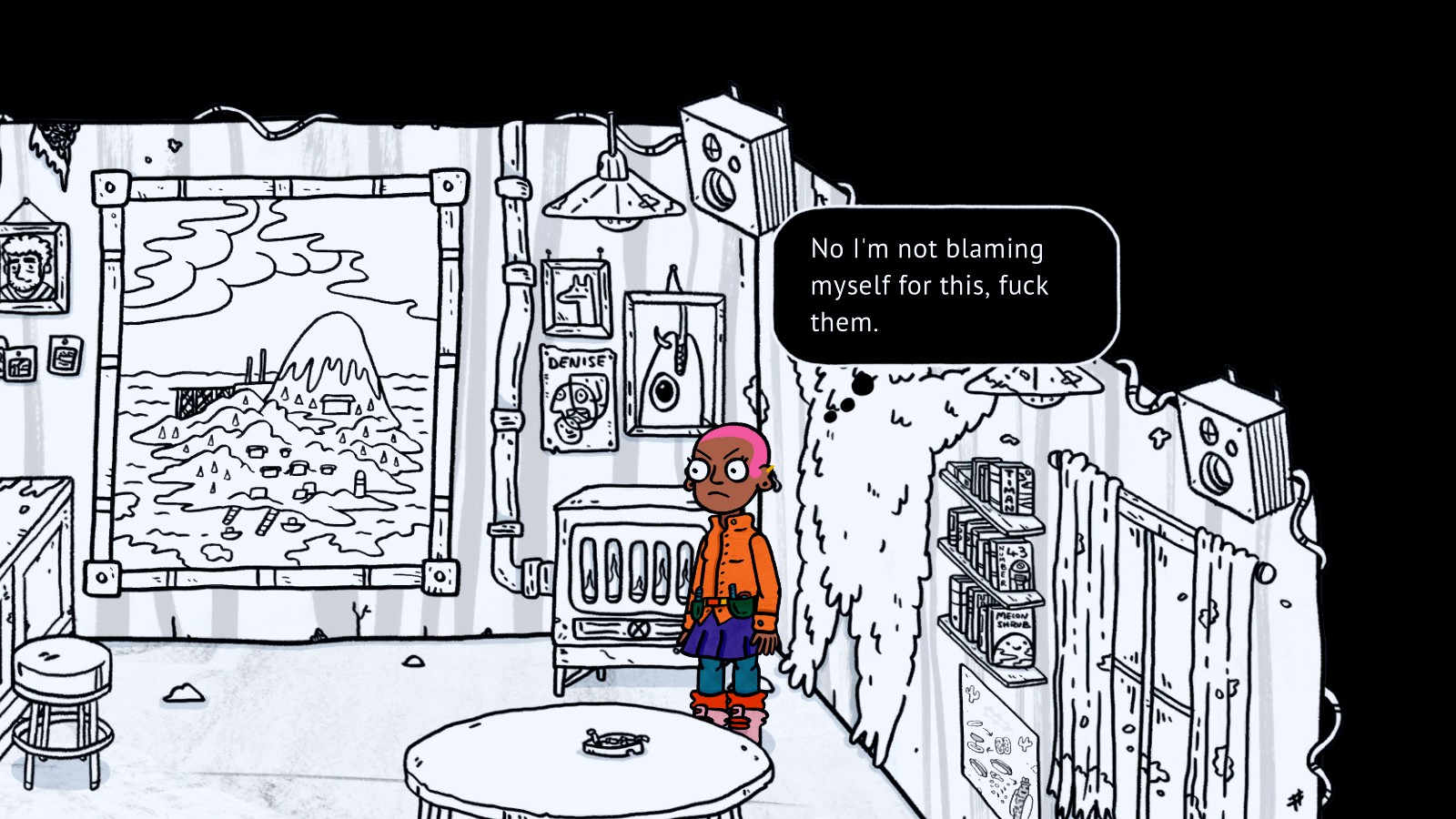 Welcome to Elk is truly like no other game and I highly recommend picking this gem up. Even if you’re someone that takes a while to connect and sympathize with characters, this is written in a way that encourages you to. Everyone will connect with at least one of these stories and feel for those that had to experience the others (or for one particular story impressed). I also love how the developers didn’t shy away from topics such as death no matter how difficult it will be, but rest assured that they are handled with care. With this all packaged with a lovely art direction and great music that both gives you a feel on Elk and matches whatever scenario Frigg finds herself in at the same time makes this a game you shouldn’t pass on. 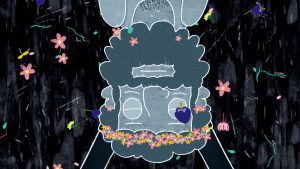