An FMV game about an experimental biotechnology going out of control.

The Complex is a full-motion video (FMV) game, although in my opinion it’s closer to an interactive movie with occasional choices to make. In either case, we have fully-filmed scenes with real actors and choices given throughout that require player input. It’s about 1.5 hours long, but due to some different endings and outcomes, it has some replay value. 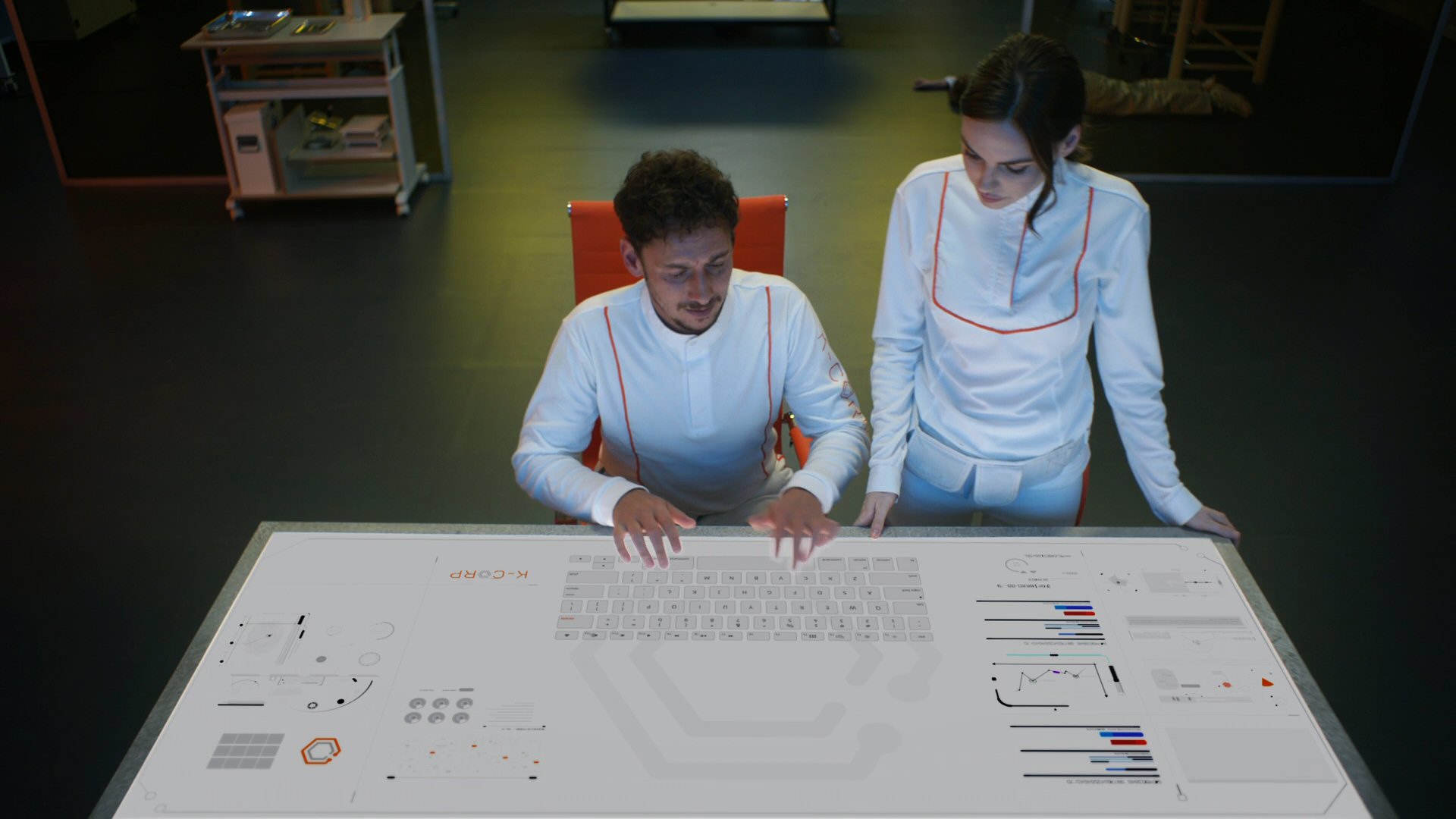 The story takes place in what appears to be a modern day London and revolves around the use of new biotechnology and how it goes out of control. We take on the role of a young scientist Dr Amy Tenant who was involved in the creation of this biotechnology in a large lab complex. She is summoned to an incident involving this experimental technology getting out of the lab and into the public. Together with another colleague, Dr Rees Wakefield, whom she knows from the past, she is tasked to find out what exactly happened and how the experimental biotech got out.

Although at the start we go between several different locations, most of the story eventually takes place inside the lab complex itself, which is mainly underground and protected by reinforced doors and a vacuum. As the two scientists try to get to the bottom of what exactly happened, more problems start to occur, and the main characters need to start making decisions on what to do and how to get out of the complex alive. 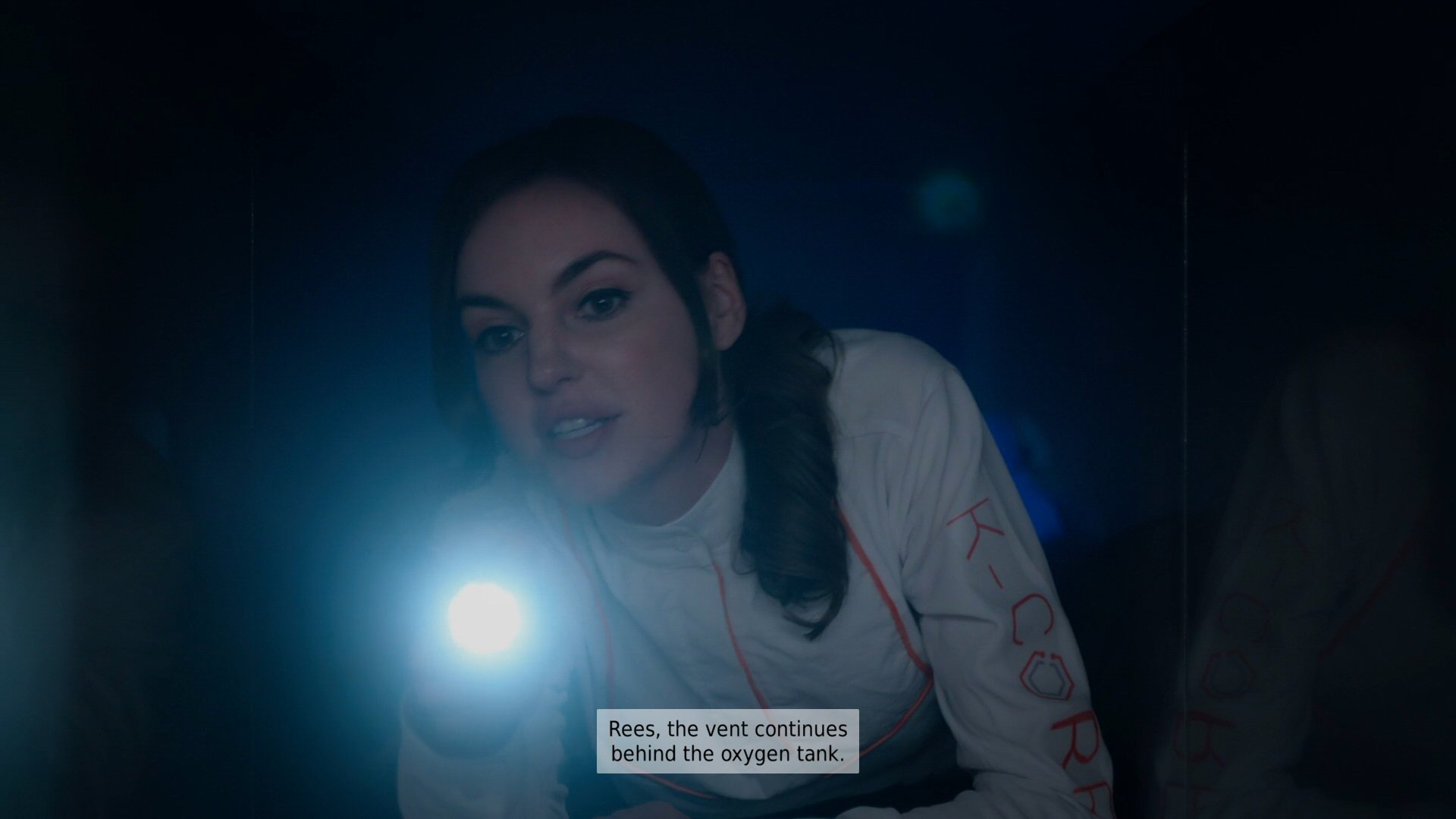 This story revolves only around a handful of characters, but it gives each of them plenty of screen time and develops their personalities well, allowing us to get a good idea of what kind of people they are and what motivates them.

The plot is something that can be relatable to modern day and near future – the uses and misuses of new technology, as well as how corrupt politics can get in the way and cost the lives of many. It’s a nicely paced and finely interwoven plot with some interesting twists and turns along the way. It doesn’t try to blow itself out into overly ambitious and overly heroic proportions but still manages to create tension and convey a sense of real danger to the world.

Since it’s an interactive movie, there isn’t a whole lot of gameplay. Most of it mainly has us make choices in some scenes and during key moments in the story, and most times we need to make those choices quickly as we’re timed. Some of those choices are small while others are important. From what I’ve tried out, most of the choices do not have a huge effect on the plot and mostly just change some minor things in the scene, such as some lines of dialogue and a few actions being shown differently. Ultimately they still lead towards the same outcomes and the plot continues on the same path regardless. 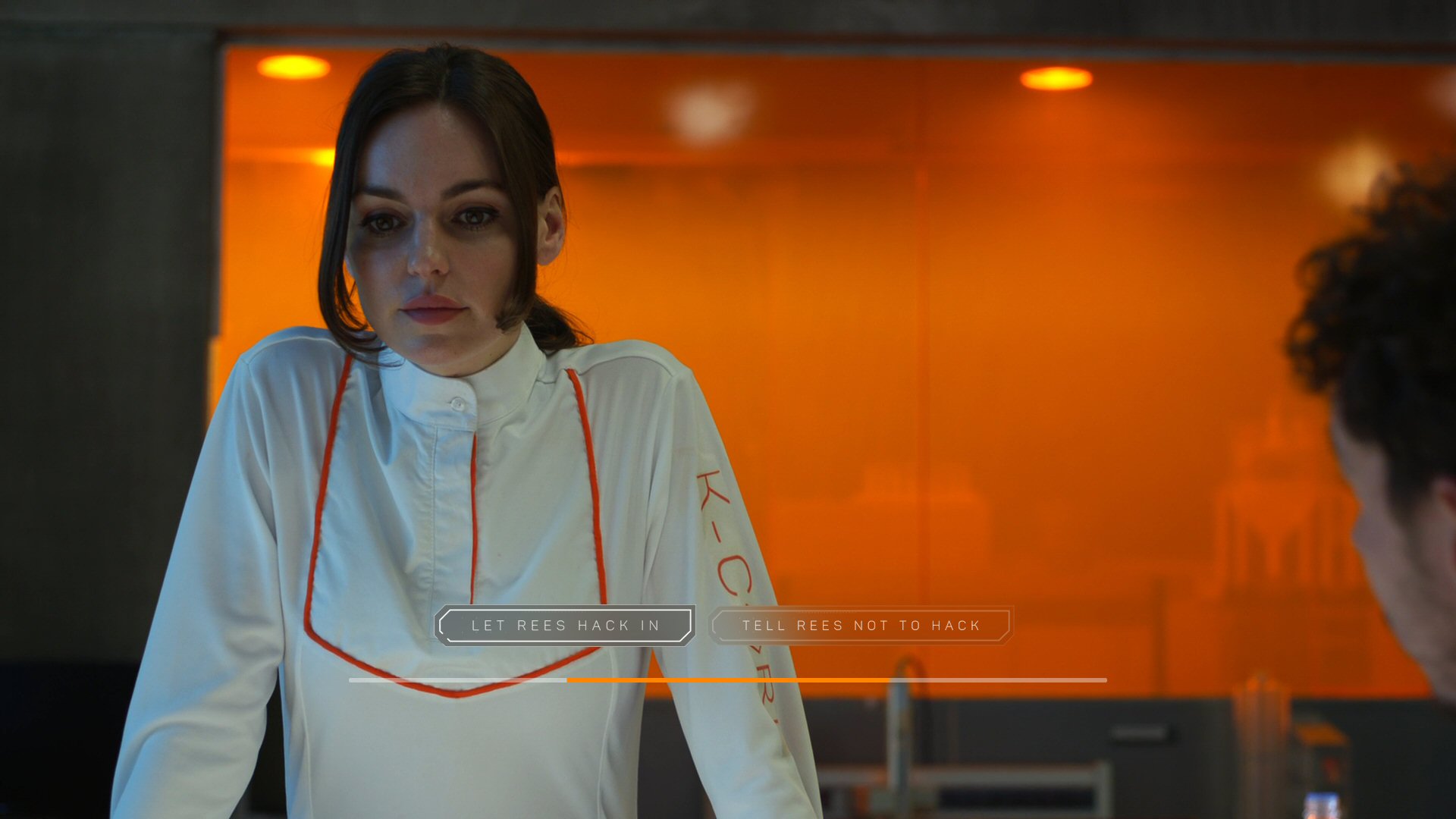 A few of the choices near the end do have a big effect on the outcome and the ending we get. So it’s worth replaying the whole movie to check them out. After going through it once, it unlocks a function to skip the scenes that we’ve already seen, which lets us go through it quicker. The scenes we’re watching for the first time can’t be skipped, and at times this also means the same scenes we’ve seen before but with one line of dialogue different.

In general, the game description says that there are 8 different endings, although some of them are very much alike and show the same outcome. A couple or so also feel more like a game over scenario than an actual ending. However, it is worth checking out the different endings so to see how the story could’ve ended, and some of those endings are pretty satisfying.

We’re also given some stats at the end, such as our relationship percentage with different characters and also our personality profile, though neither of them seem to play much of a role in the outcomes and are simply just statistics given at the end. A handful of them unlock Steam achievements, but that’s about it.

So as far as choice and consequence, the story is for the most part linear, which is fine of course, as it’s a gripping story that is pulled off well and it does make us feel that we have some influence over it. But it could disappoint some people when they find out that many of their choices aren’t that important at all, and there are a couple or so that are completely pointless as they don’t even change any dialogue in the scene, such as being given a choice to answer or reject a video call, but before your character can even speak, another character interrupts her and rejects the call anyway. 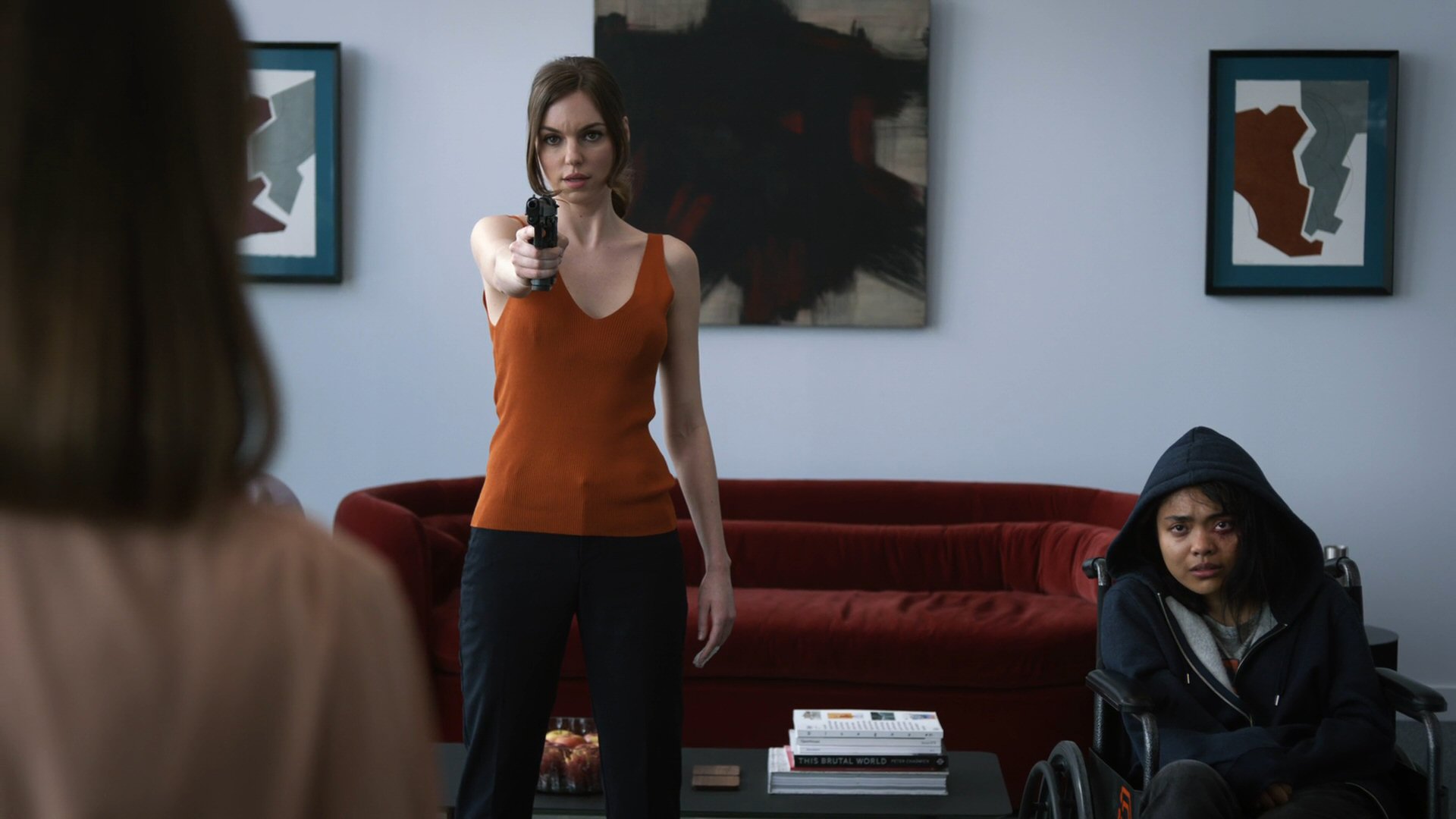 Well, it’s as you’d expect an interactive live-action movie to be like. Every scene is filmed and has actors, and at times the main character is given a choice, which we see displayed on the screen. As mentioned above, there is a time limit and we only have a few seconds to decide on the choice. If we don’t, it just goes with whatever the default choice is, such as choosing not to respond to a character that’s talking to us.

It does feel like a B-movie, but a good one. The acting is good by everyone involved and they all got into their characters well. The set of the lab complex itself is believable and gives a sense of main characters being trapped in it. The special effects and the action are also done well and do not feel cheap. The moral dilemma behind some of the choices is pulled off well and would make you think about it afterwards, as well as learning more about yourself and why you made one choice over another.

This game does have some compatibility issues with some computers and graphics cards, though most of these can be gotten around, and there are posts on the Steam forums that help out with these. Most times it’s simply a matter of downloading a missing codec, or disabling Steam overlay in-game, or temporarily disabling one of the graphics cards (if the computer has two). 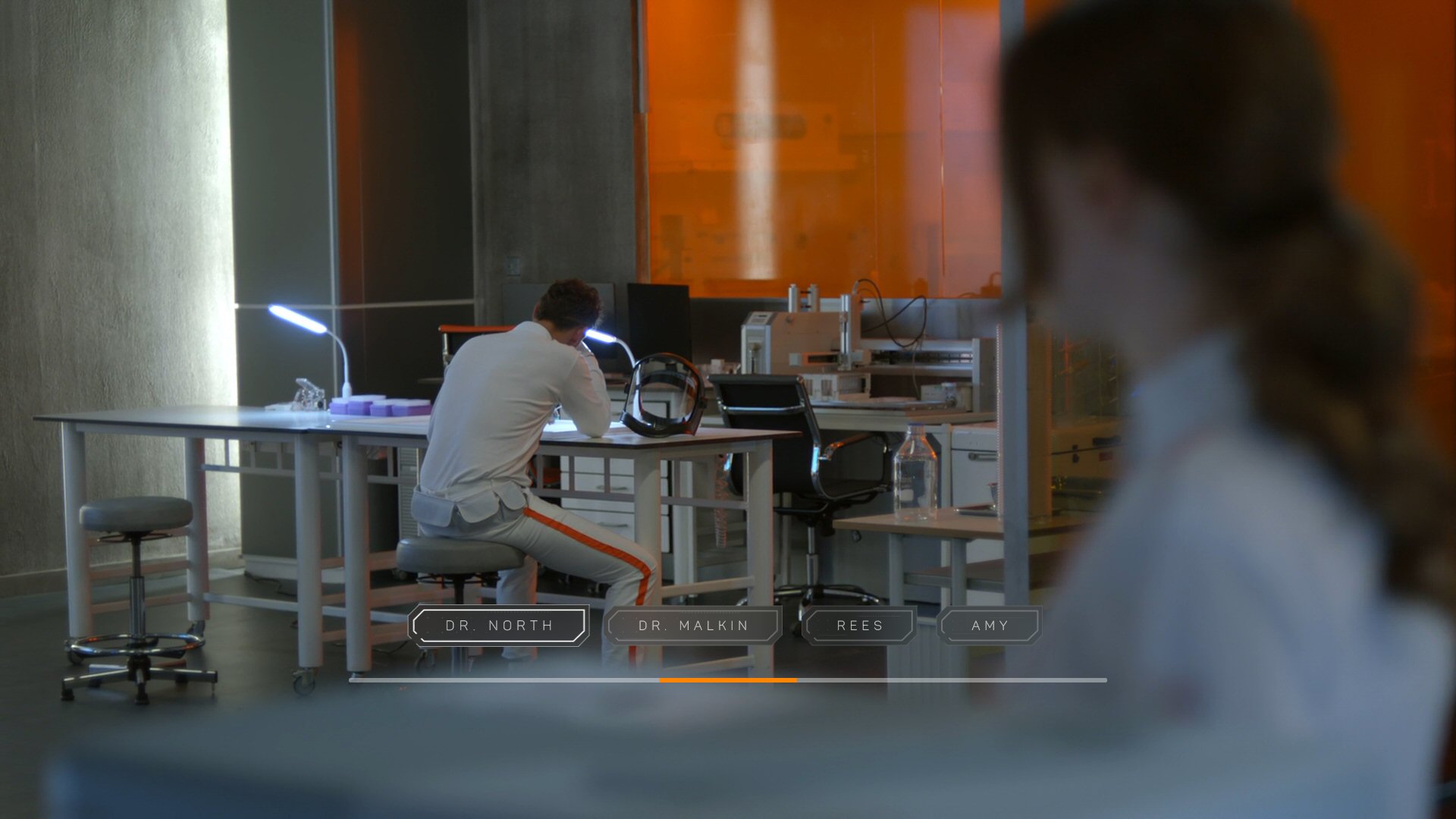 This is a very good interactive movie that is gripping and well-designed. Merging the interactivity of games with the medium of movies is still something that hasn’t been done a lot, and so interactive movies such as this provide a nice, fresh experience. There isn’t a lot of gameplay, but the choices we’re given do make us think and can be tough at times. So, if you enjoy interactive movies and FMV games or are curious to try them out, then The Complex is well worth checking out.