I can’t believe I’m becoming what I hate: a reality tv star.

We all have watched reality TV at some point whether it was a show that you personally was interested in or enjoyed, someone else was in charge of what everyone watched, or there was nothing else on. While there are many people that go through casting calls to hopefully achieve fame or compete for a prize, there have been video games for those that want to be in one without being in the mercy of the editing team and dealing with the struggles of that particular show or worrying about what the public will think of you once it airs. Whether they’re good or not seems to depend on if it’s based on a real show (shout out to the Survivor game). Well, Ministry of Broadcast is coming in with a cinematic platformer take. 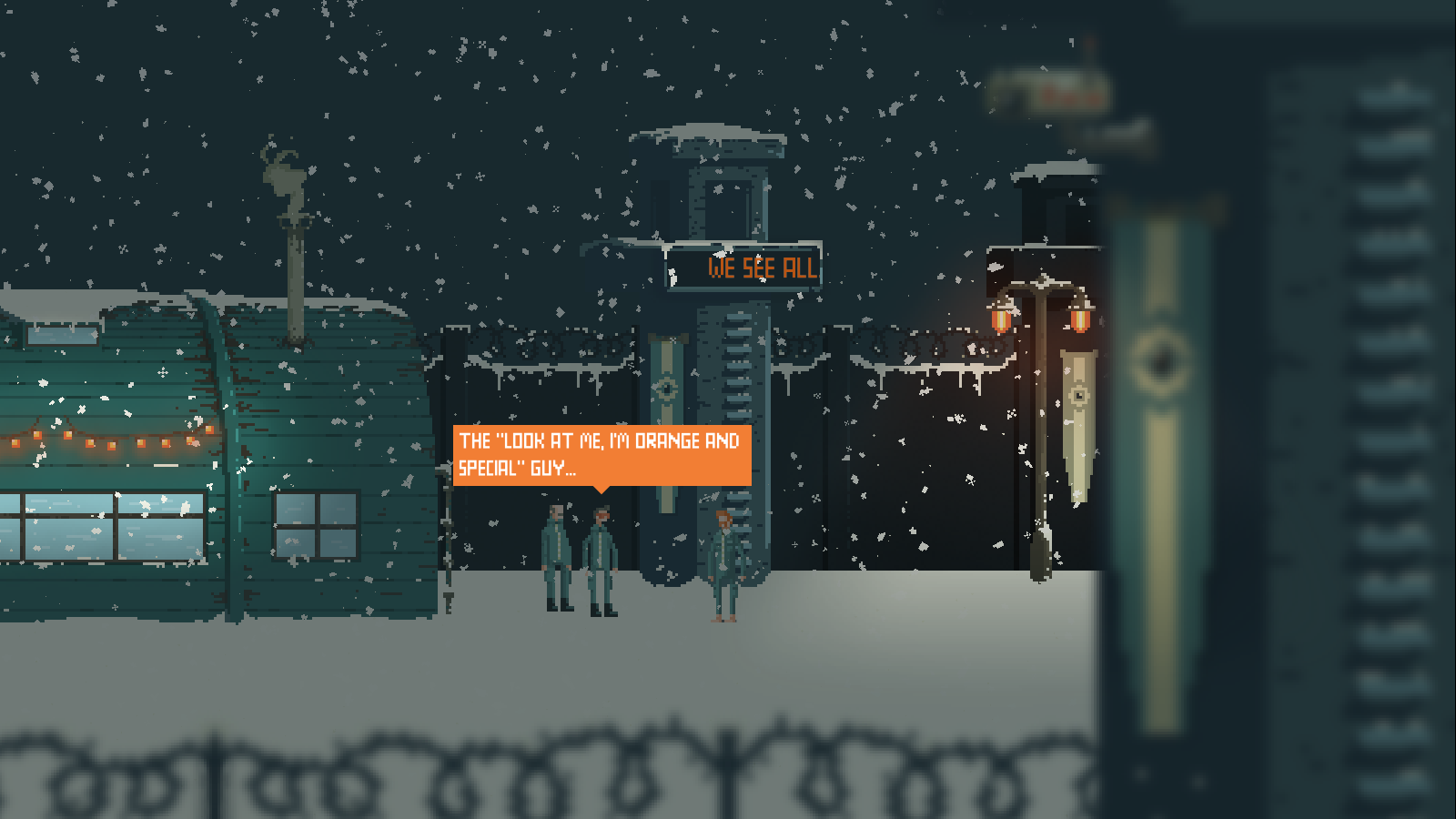 Welcome to the Wall Show! While the country may be divided by a wall, it has brought their citizens years of entertainment as they watch each contestant struggle through each obstacle as they wonder if this one will end up winning. This season, you take up the role of a nameless ginger-haired character (most commonly known as “Shoeless” or “Orange” by the other contestants) who just wants to go see his family. The wall tragically separated them and the only chance he has of ever seeing them again is competing. If he manages to win, he’ll be granted the freedom to go on the other side. 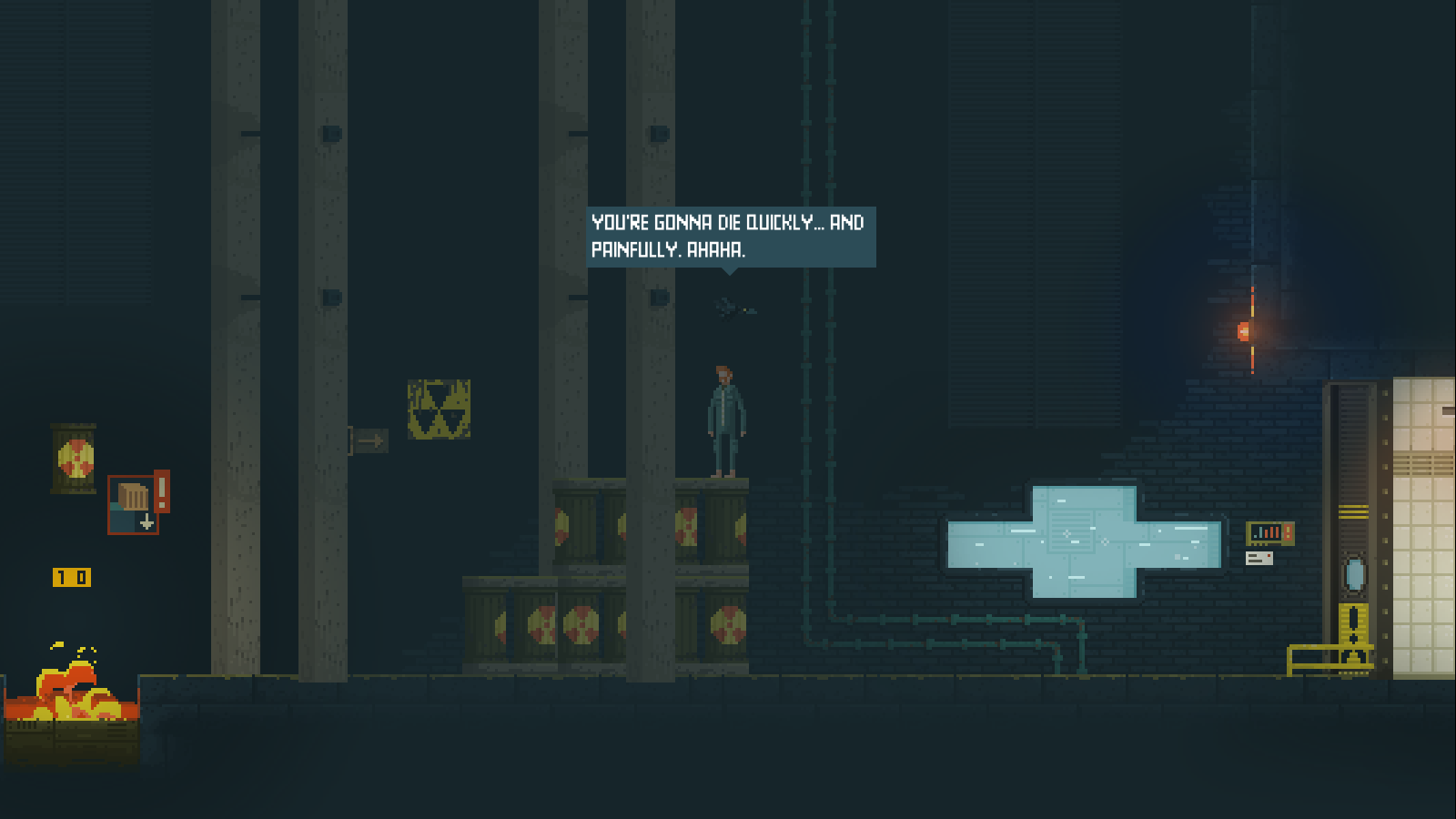 During the five days, Orange will be competing in the Wall Show, you’ll have to get him through multiple arenas rife with obstacles that will kill him. You not only have to be careful of how far you’ll fall will be, but also careful of enemies (like cops and dogs) and other hazards like floor spikes. To get around this, you’ll have to do some platforming and solve some puzzles. Personally, I didn’t have much trouble with the controls when platforming, but the fact that Orange does slide a bit when he stops running and you’ll have to remember to point Orange in the direction of a ledge does become annoying during certain areas, even for me. The timed areas are those certain areas, namely the two radiation rooms which will kill you if you’re not quick enough. The radiation rooms were the rooms I was the most annoyed at considering that despite knowing what to do to get to the end, you can still die because you took too long grabbing a ledge or turning around. I had many deaths where I was just outside the door to the next area. Otherwise, there are also some jumps that require you to jump at the last second to make it (which funnily enough I remember happening more in timed areas). 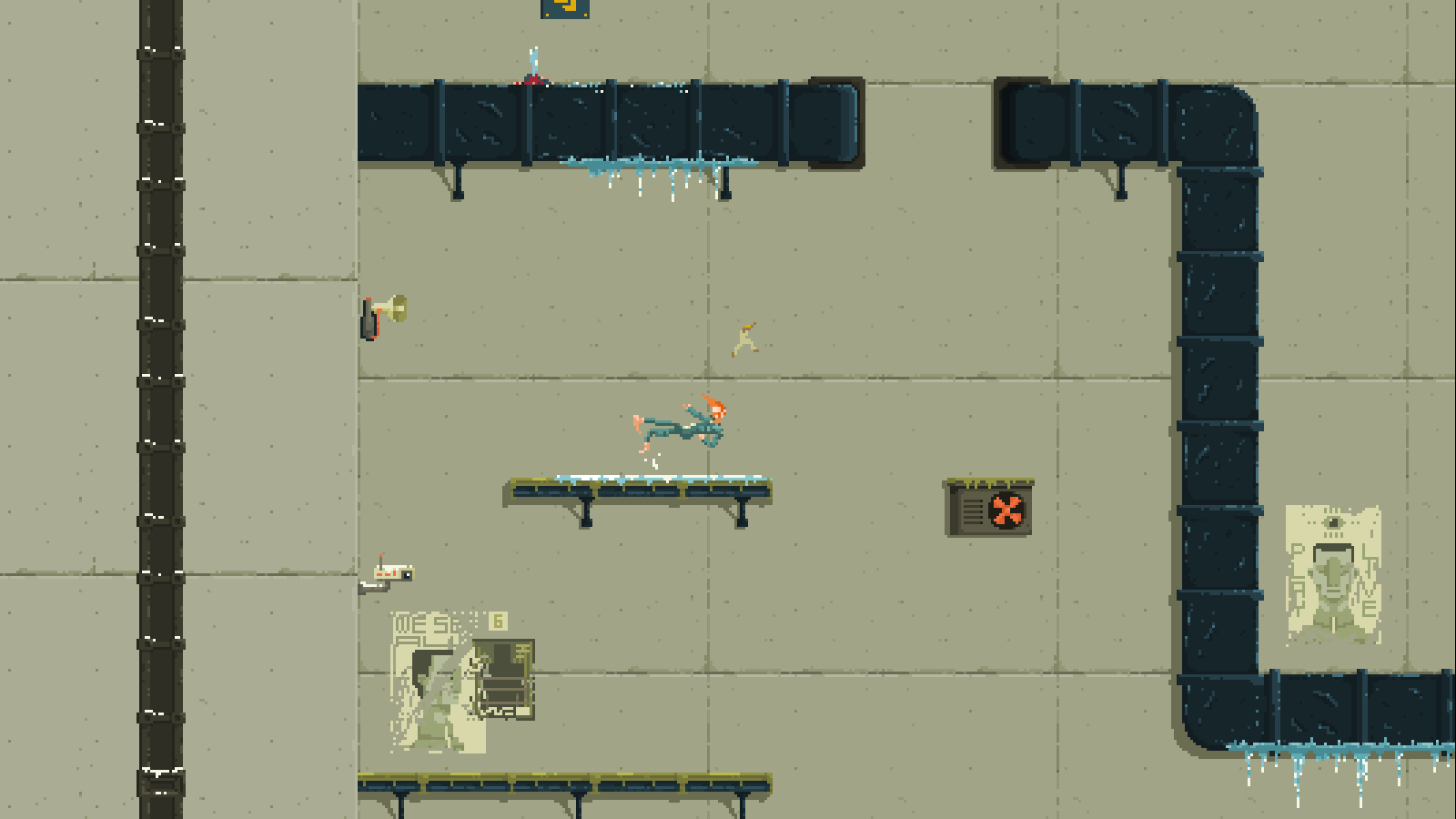 The puzzles themselves range in difficulty depending on which day or section you’re on, but Ministry of Broadcast takes a different take that I liked. Every time you’re stuck, you’re already halfway there. You’re either not realizing what you need to do yet or the order you’re doing it in is wrong. There was really only one puzzle towards the very end that I got stuck on that I don’t think I would have correctly figured it out. 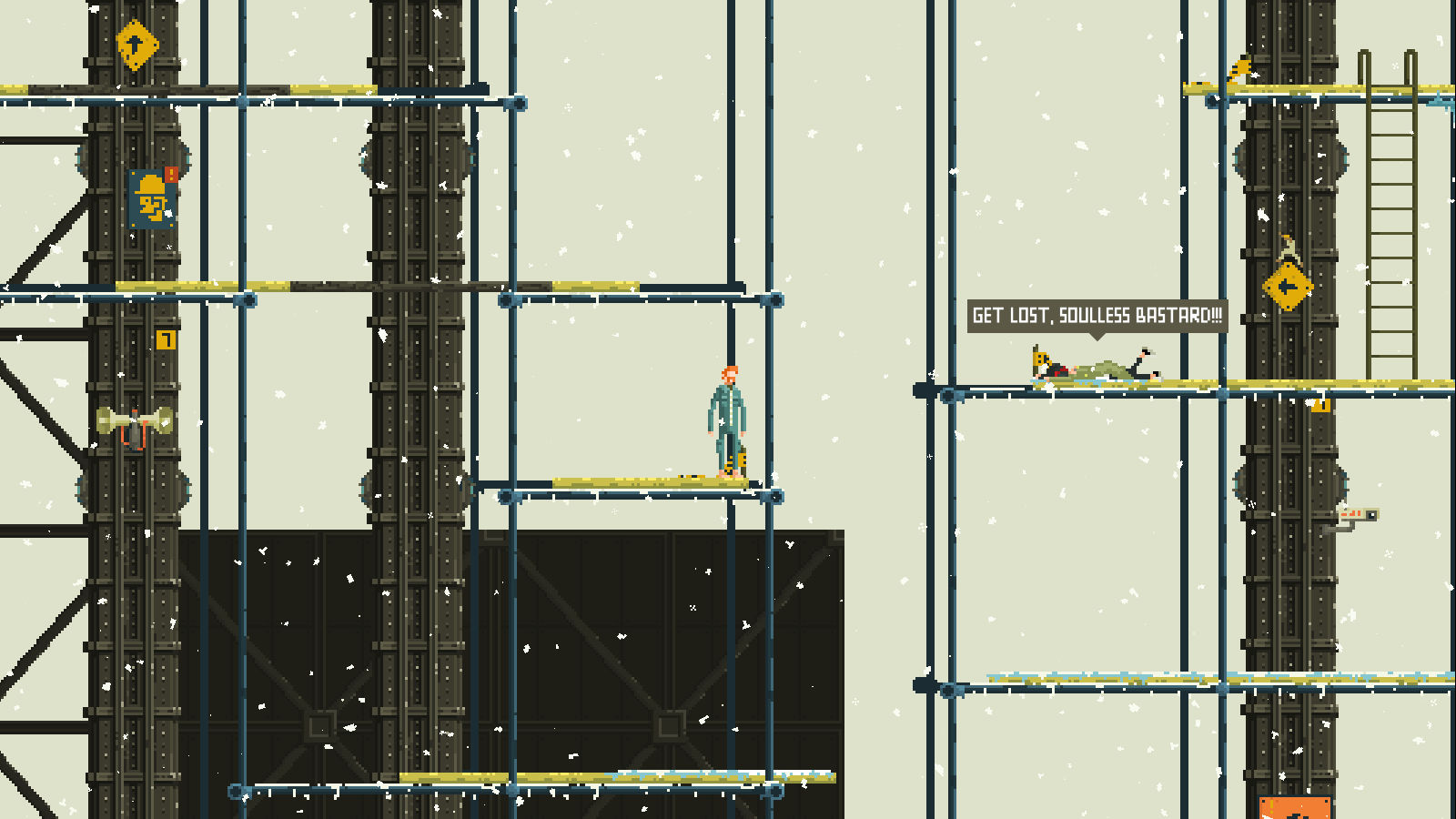 There are also collectables (well, kind of) in the form of boots. Why? Well, when Orange woke up for his first day on the Wall Show, his shoes were stolen. Whether it was his roommate (goddammit Joe) or someone that snuck in, Orange will never know. All Orange knows is that his feet are turning into icicles and he needs some new boots. So 18 boots are scattered around the Wall Show and are either hidden away in areas that you would normally not go into or require you to do some quick platforming. Though, Orange won’t wear these for multiple reasons (which most that I’ve found are understandable). 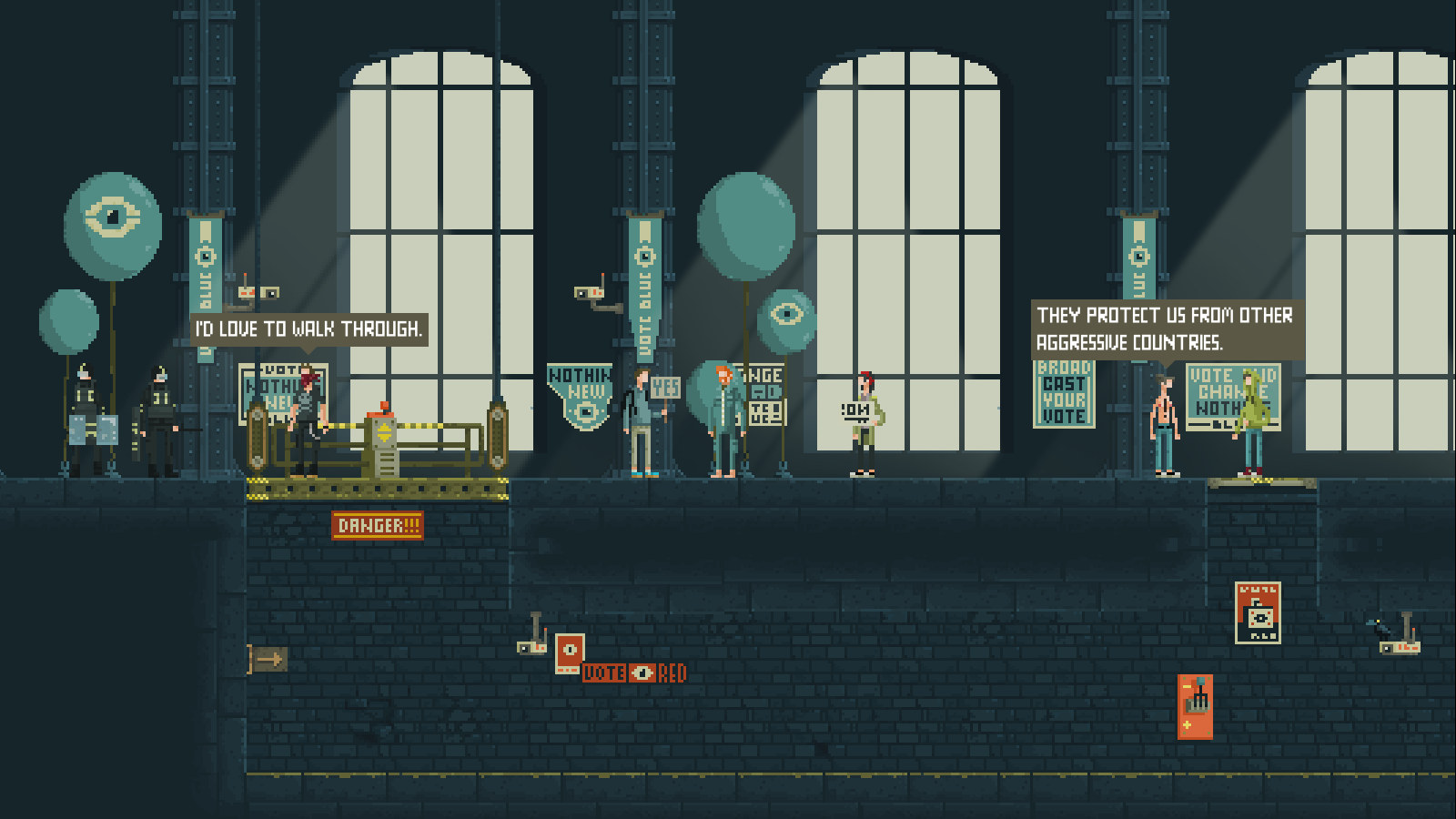 While I may not be the best person to discuss this, I do really have to commend Ministry of Broadcast for handling its political side surprisingly well. I’d be lying if I said I wasn’t getting ready for another game with overdone and in-your-face politics despite being interested in the Orwell’s 1984 meets reality TV angle. The game handles it more in parallels and a way to frame the backstory of why this reality TV show exists.

It also seems to take inspiration from the Stanford Prison Experiment that isn’t noticeable at first until you listen to some optional dialogue. Long speculation short, the fact that other contestants are given roles like the “cop” role, the one cop that is name-dropped is specifically said to have changed since, and how it’s hinted that there are hidden roles that get specific instructions on how to act, I couldn’t help but draw the comparisons whether or not it was intentional. For all I know, it was supposed to only comment on police brutality and how the regime has overall affected everyone. 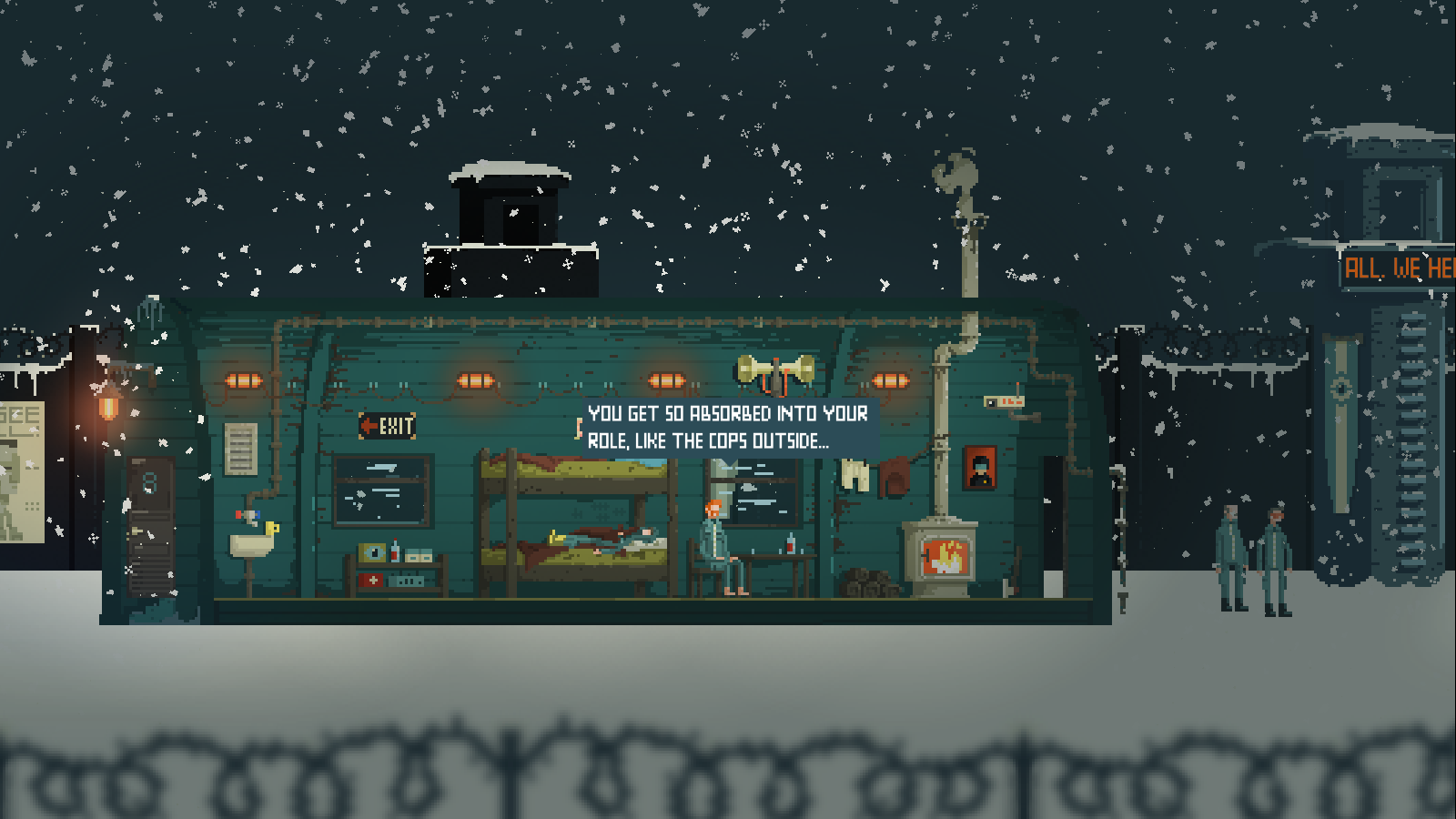 Other than my gripes with the radiation rooms and the precise jumps that pop up a few times, I also didn’t like how the murals on Day 3 were unskippable. I get that it’s important backstory, but it would have been great for those that are before a checkpoint so that you won’t have to sit through it each time you died.

There are four endings you can get, with three of them being achievable on your first playthrough no matter what. The fourth one involves the boot collectables as you’ll have to examine 12 boots and find your pair (which won’t show up unless you find at least 12 pairs beforehand). The three I have seen are good endings and make sense once you learn what’s really happening with the Wall Show. 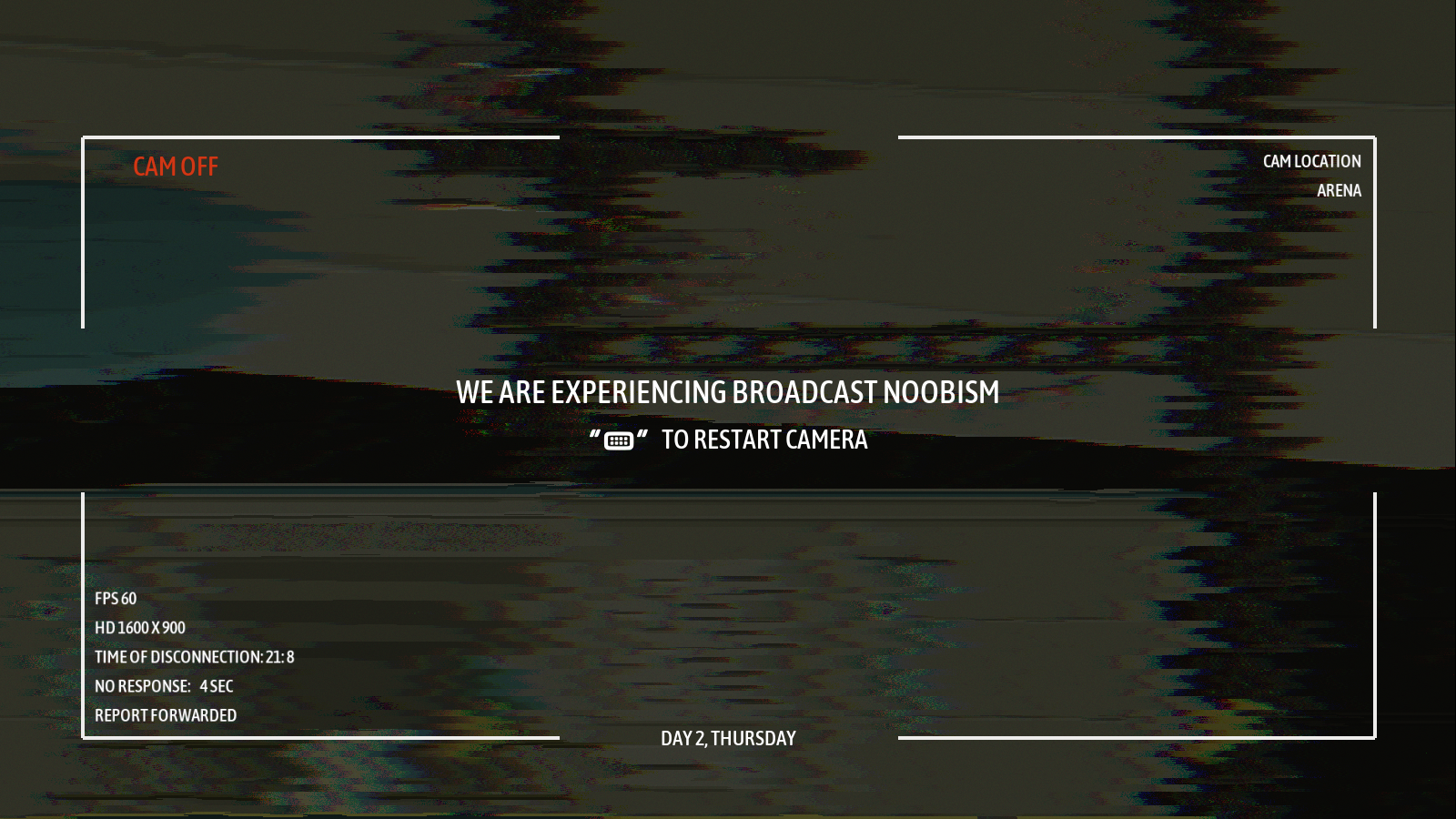 While Ministry of Broadcast falls short in timed platforming areas, precise jumps, and could have let the mural monologues be skippable, there’s a lot to like here. The puzzles are well done and I liked how you’re already halfway to solving it; how well they handled the political side; how they even tried to immerse you through the pause menu to make you feel like you’re watching the Wall Show; and the wonderful humor that I enjoyed throughout from Orange jumping out the truck like a rockstar to the beginning part of Day 3 that I will not spoil for anyone going in. For that, I do recommend checking out Ministry of Broadcast if you’re interested in puzzle platformers and don’t mind the political aspects no matter if it was handled well or not.