Piece together the story by watching through the database of video footage of private conversations.

Telling Lies has an interesting idea, where we witness the events of several people through leaked video footage, mainly of online conversations between them. Every video clip is fully acted out by professional actors and delivers a small piece of the overall puzzle. What we need to do is to navigate through them and try to understand how all the events fit together.

The developer has done a game of this style before, called Her Story. I’ve personally never played that one, and therefore won’t be able to make any comparisons to it.

Before I go into the main part of this review, I’d like to mention that it is possible that you’d be greeted with a black screen upon launching the game. It happened to me and also seems to have happened to a number of other people, many of whom mentioned that in the game’s community forum on Steam. There is an easy solution mentioned there, so if you also have this issue when launching the game, simply do this. Right-click on the game’s name in your Steam library, go to ‘Properties’, and in the ‘General’ tab, untick ‘Enable Steam overlay while in-game’. 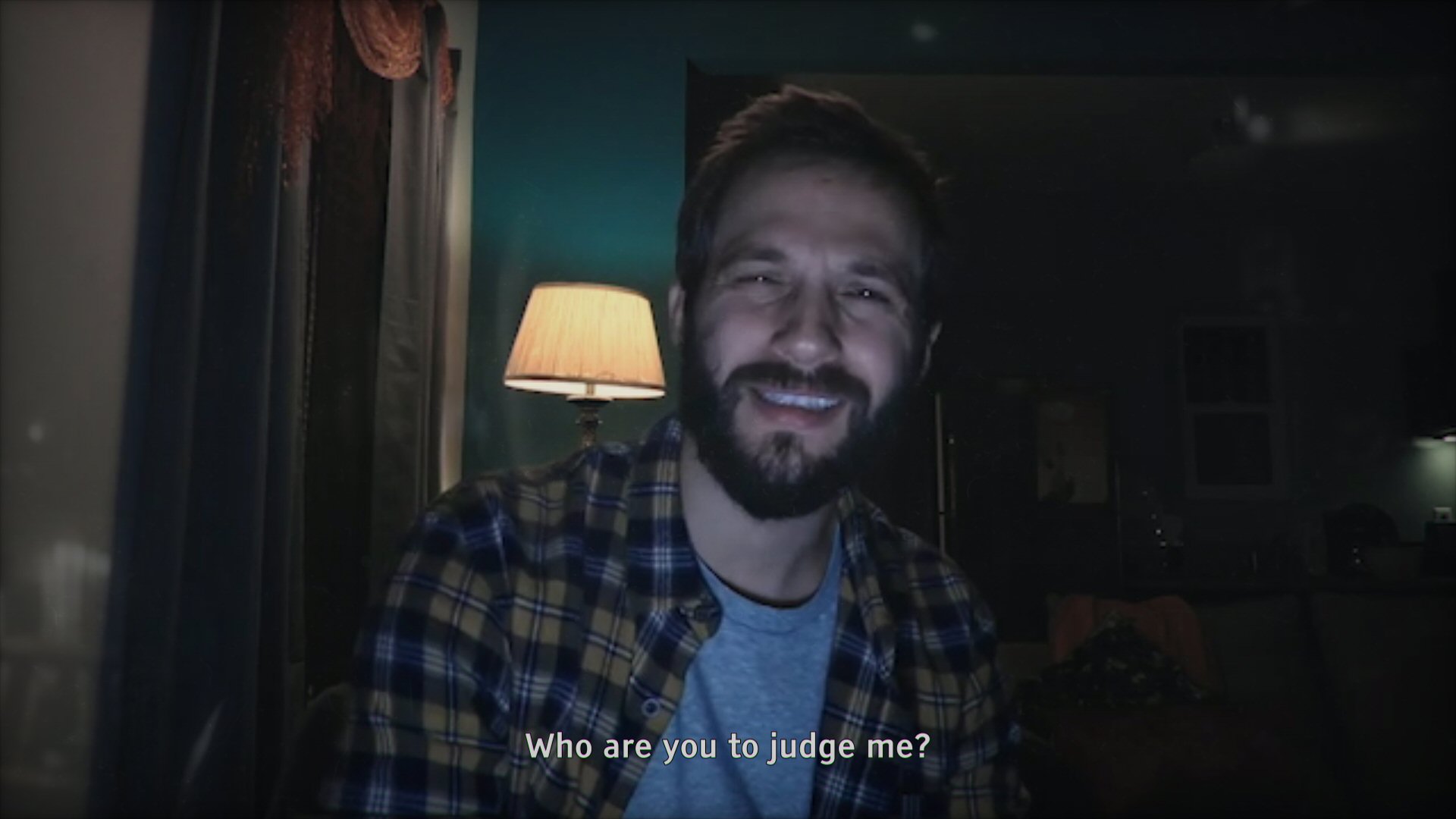 At the heart, this game has a very good story. For the sake of spoilers, I won’t say much about it, because the majority of it we have to discover on our own by watching the videos. In brief, it spans a number of months and focuses on several characters and how they’re all affected by the events happening throughout the story. At the centre of it is our main protagonist, David, trying to balance his work, his family, and his social life, and how little by little troubles start to mount up for him and those he is close to.

The story itself is really great and captivating and its characters are well fleshed out and act like real people. The idea of discovering the story and character relations through numerous videos in a non-linear fashion is also great. In some ways it resembles interactive movies, such as Black Mirror: Bandersnatch.

However, the overall delivery leaves much to be desired. The reason I say this is because the majority of the videos we look through are online conversations between characters, and each video only shows us one side of the conversation. So, we only get to hear half of the conversation, with many very long, tedious gaps where the character in the video is listening to what the other character is saying. Strangely enough we can’t hear the other character’s voice at all, even though in a footage like this, you would hear the audio feedback coming from their device. 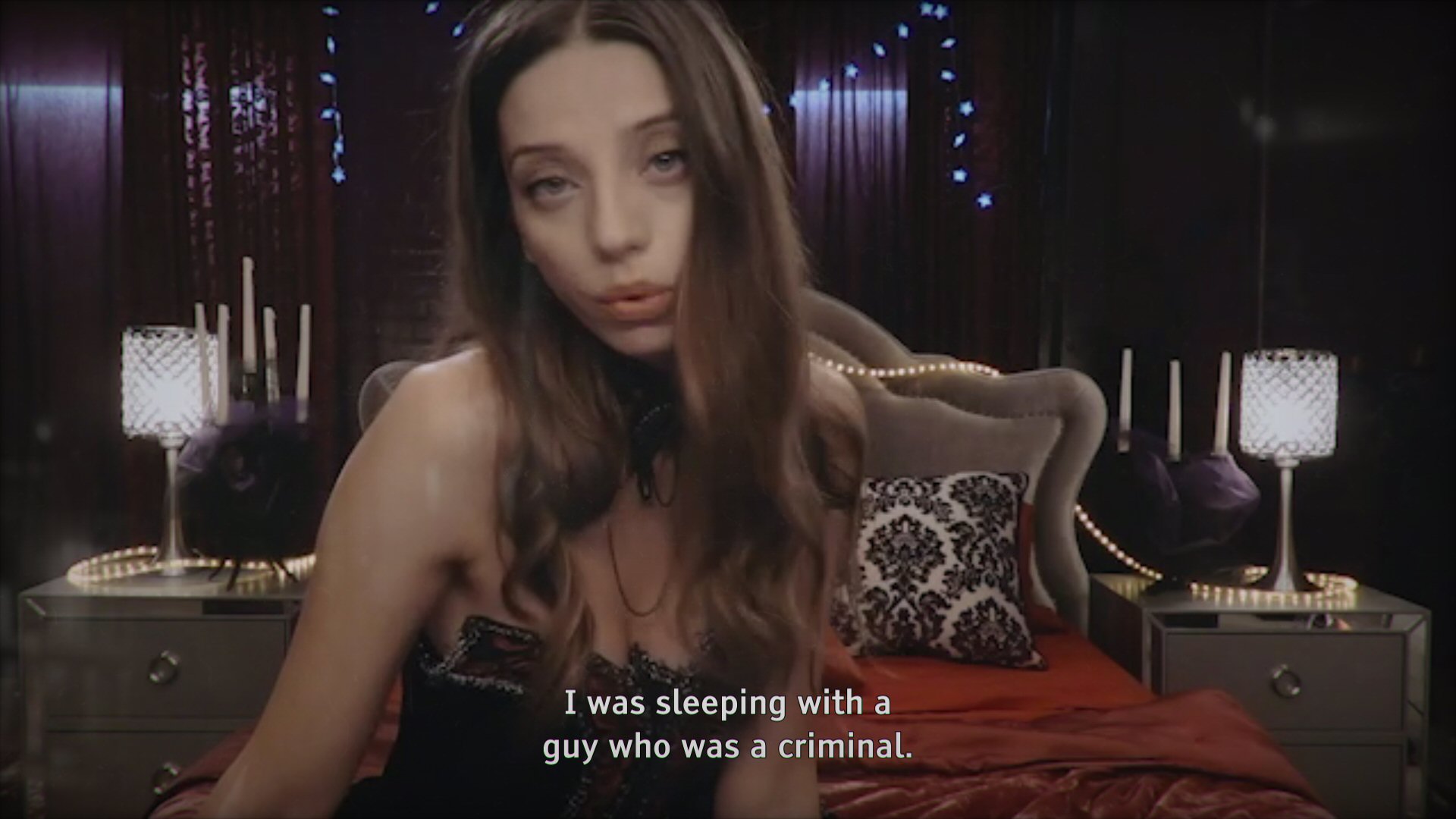 This means we have to then search for the other half of the conversation in another video, and even when we do find it, watching through that doesn’t have the same impact. We never get to put the two halves of the conversation side by side, and so any of the heated and emotional moments lose their impact, because instead of witnessing them all at once, we see one side of them, and then another, completely separately.

A few of the video clips, however, are much better at plot delivery. Those are the ones where one of the characters would put the camera somewhere in the room without anyone else knowing it and recording a conversation unfold between members in that room all in one go. That way you get to see the whole conversation playing out without parts of it missing, and any shocking and emotional moments do have their intended impact. Sadly, only about a quarter or a third of all clips are done this way. The majority of the clips are online chats where we only see one half of the conversation. 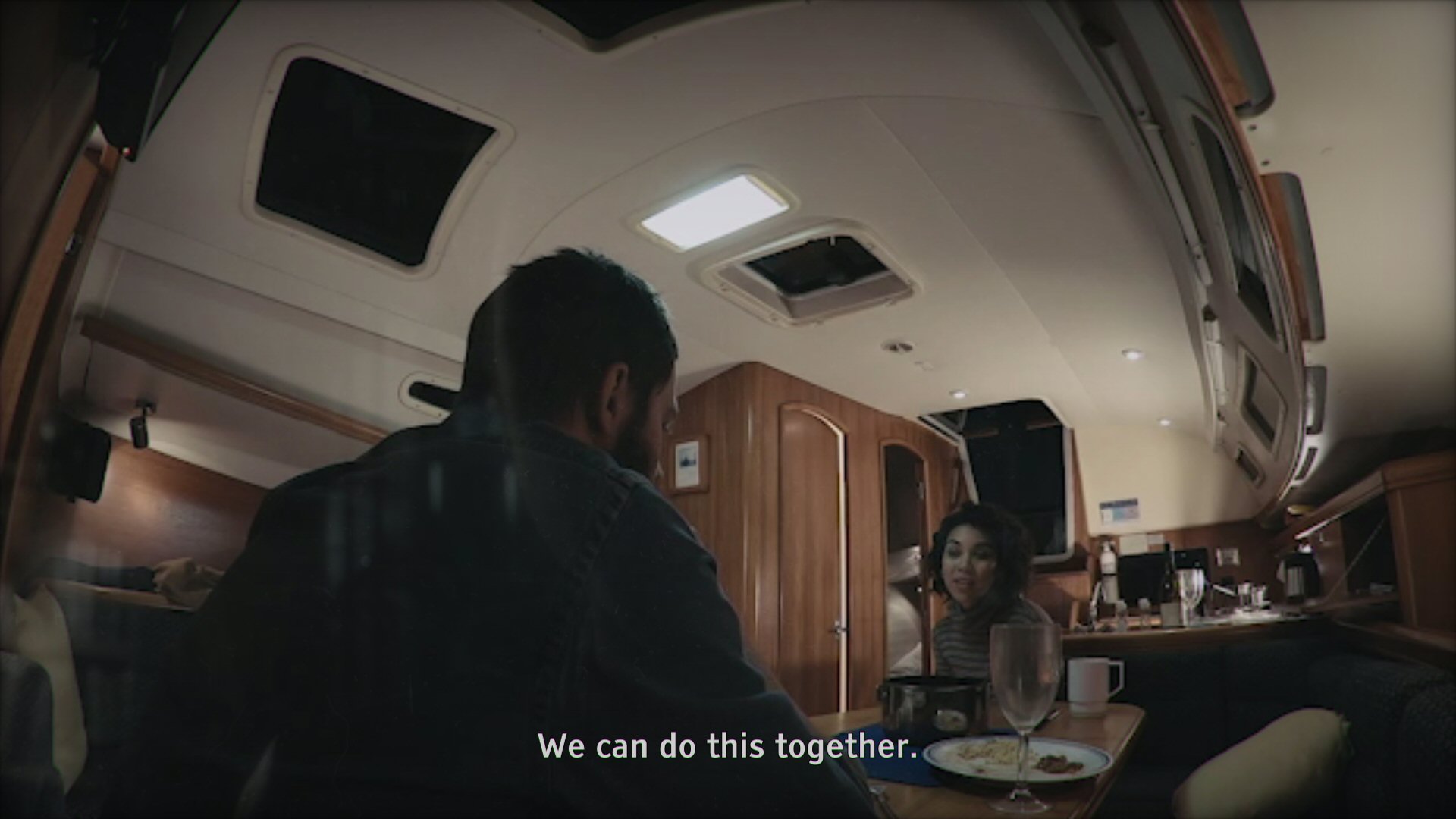 So, as mentioned previously, the whole story is broken down into many video clips. We don’t have access to all of the video clips at once, however. They’re all located on a top secret hard drive in-game, and the only way we can find all the video clips is to input keywords. Each keyword will give us a number of clips where that word is spoken. By watching the videos and picking up on new keywords, we can then discover other videos. Some of those keywords would lead to dead ends, others can reveal a new video we’ve not seen yet and unlock a new piece of the puzzle for us.

The game also offers us a possibility to rewind and fast forward through the video clips. These, however, are generally quite slow and a bit difficult to handle. Sometimes it would let you rewind faster, and other times that doesn’t seem to work. 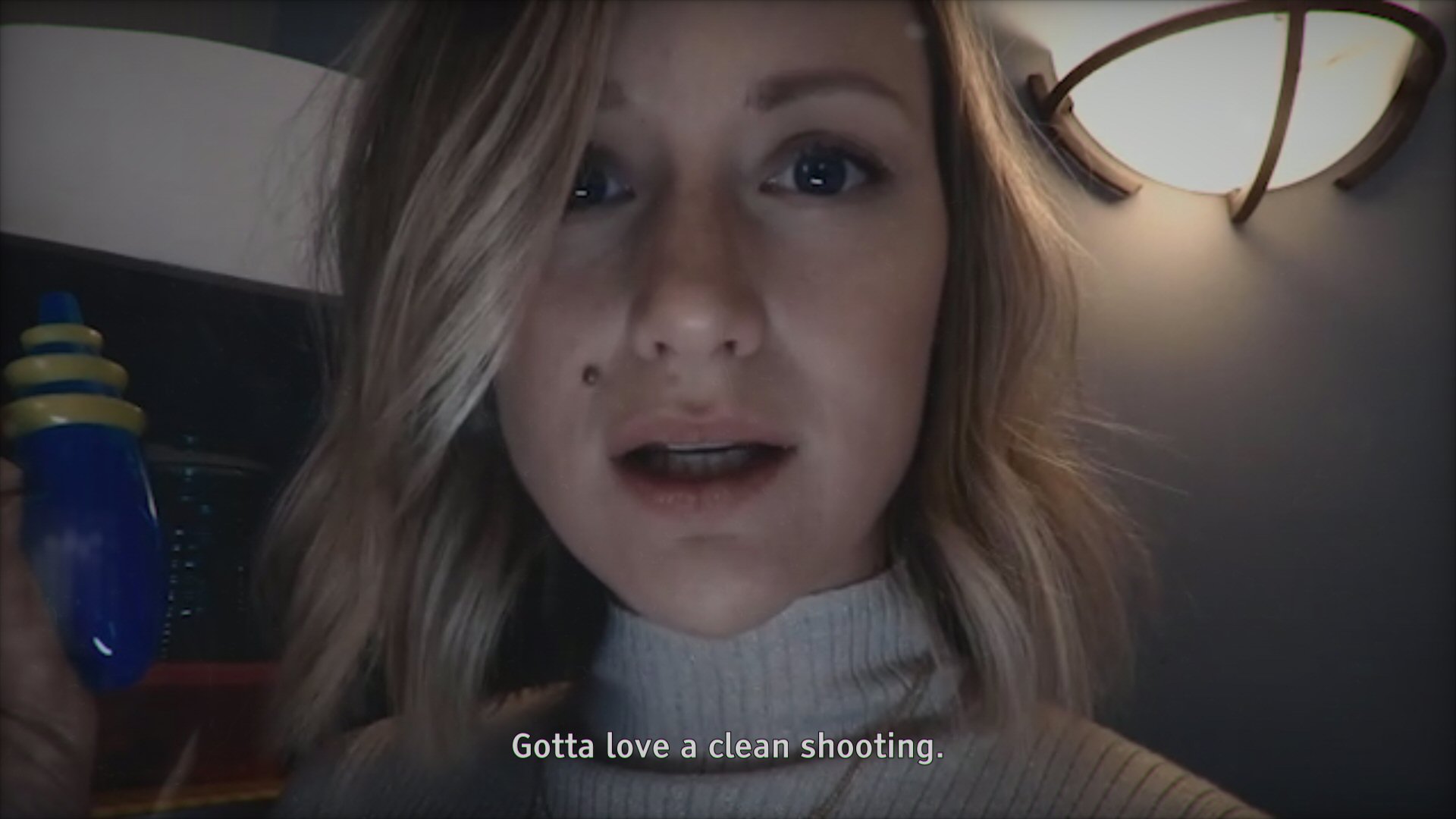 In addition to that, when we access a video clip through a keyword, the video always starts at the place where that keyword is spoken rather than from the very beginning of the clip, and there’s no quick way to let us start it at the beginning. We have to manually rewind the whole clip. Some of those clips are 4 or 5 minutes long. Some are even up to 7 minutes long, and if the keyword lands you at the last 10 seconds of the clip, you’ll have to manually rewind the whole thing to the beginning, which is no fun at all.

Another aspect of gameplay that bothered me a lot is that, well, there really is barely any gameplay. The game never tells us what the end goal is, and in fact, you wouldn’t be blamed for thinking that the game offers nothing other than simply watching video clips. The game, however, does keep track of how many video clips you watched and which ones, where it generates a report at the end on what you’ve apparently discovered (with no input from you, by the way), and that is all there is to it. I think a bit of direction, interactivity, and background on what we’re doing would’ve gone a long way and could’ve made the gameplay experience much more meaningful and enjoyable. 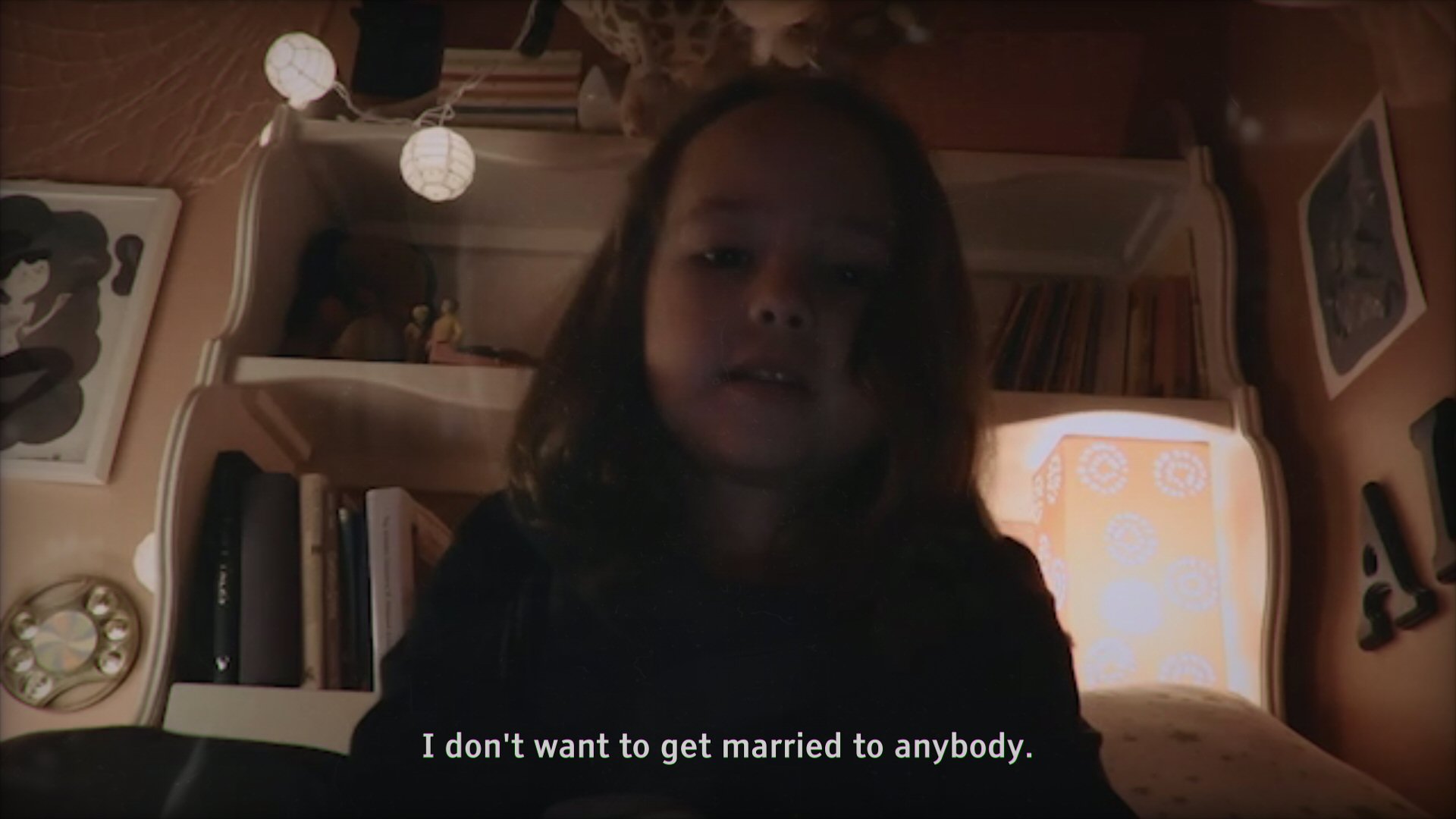 The game has some of the most realistic graphics ever! Ha! Well, of course it does. It’s all real footage. Every video clip is filmed, so it’s perhaps a lot more like an interactive movie than a game.

This brings us to the acting, because in a game like this, acting is everything. Gladly, the acting is very good by everyone involved, especially the 4 leading characters who the story revolves around. The tension in the dialogue and the emotions can be felt on their faces, even if half the time we have no idea what they’re reacting to as we can’t hear the other side of the conversation in the clip we’re watching! 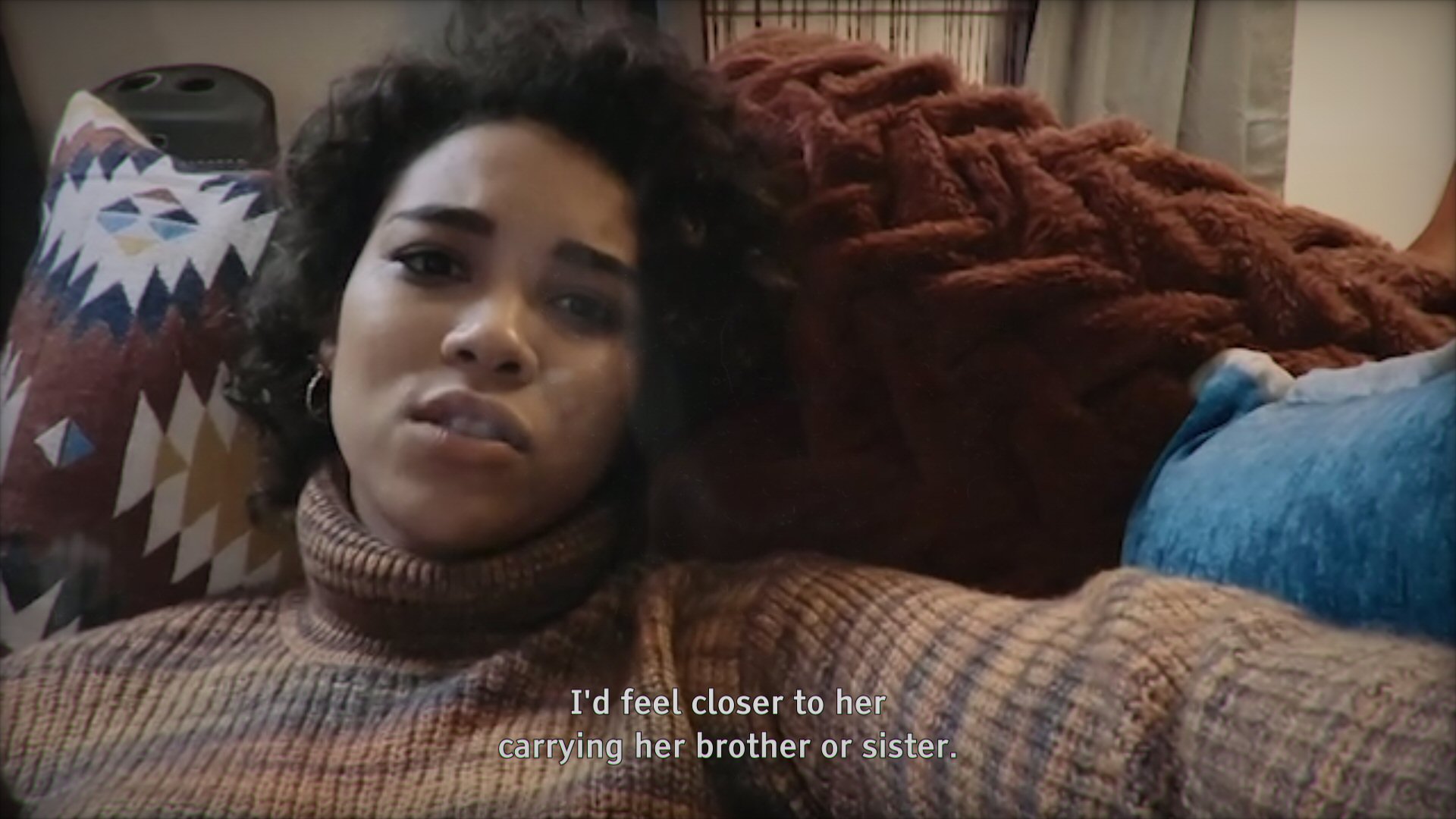 A lot of the presentation of the video clips was very life-like and believable, shown as regular home-made videos of characters spontaneously and at times clumsily switching their cameras on and off. Some of them literally have the characters holding the camera selfie-style and walking around the room while talking. It’s pulled off quite well.

The music is very nice and atmospheric in the whole game. It doesn’t really play in the clips themselves. Rather it just plays on the background, regardless of what you’re doing at the time or which clip you’re watching. It helped to make the whole things feel like one continuous story, with the emotion of each clip flowing to the next one. 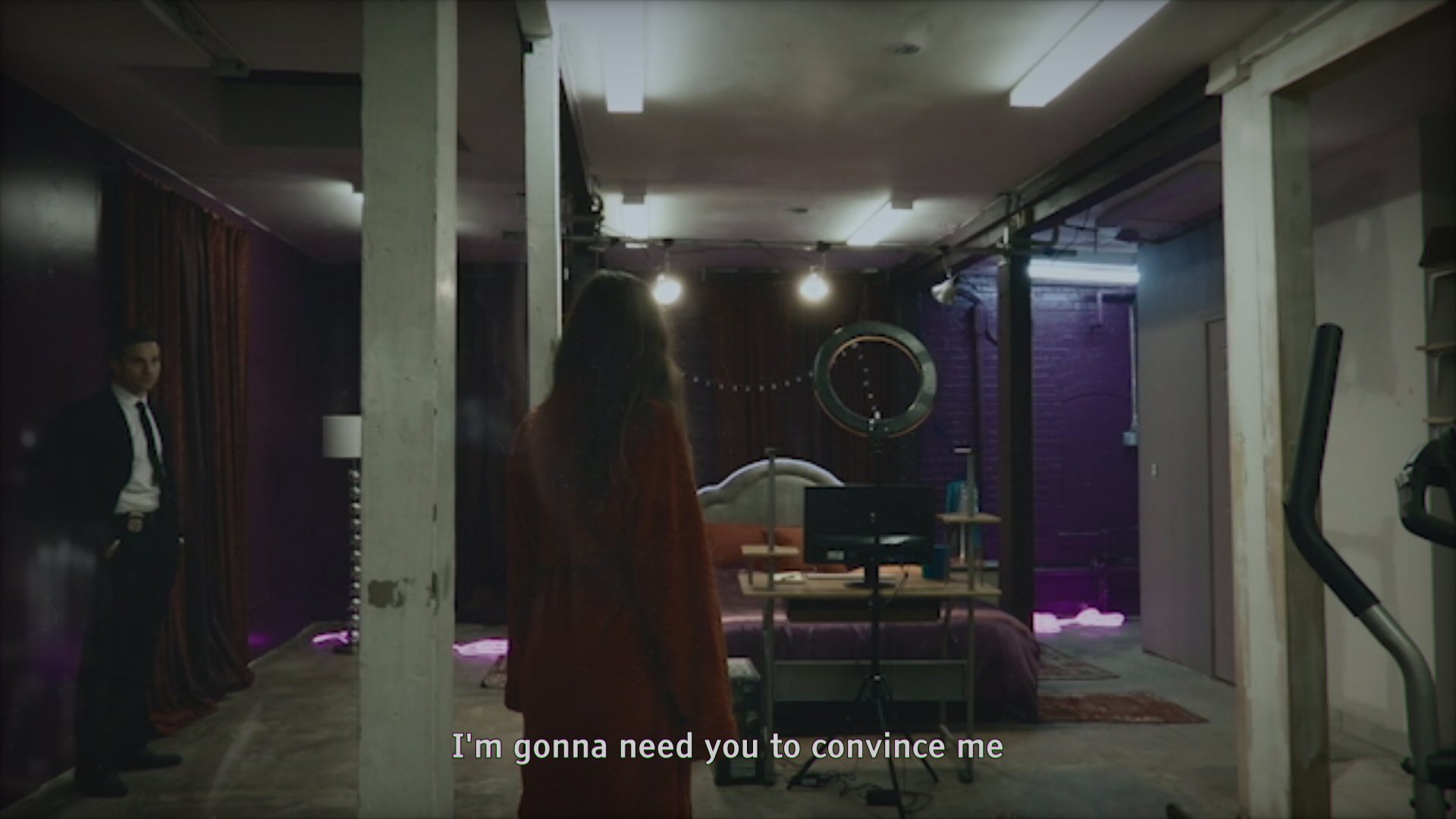 The story in Telling Lies is a very good one, but the gameplay and delivery of that great story has a number of flaws, which dilutes down the overall experience. I think it’s worth getting this game to witness this story and these characters. It does leave you with a lot of thoughts afterwards. However, some aspects of it can leave you disappointed, because some of the key story points can be delivered in a rather anticlimactic manner or not seen at all.

I think the idea of searching for video clips to piece together the whole story is great and I hope we’ll see more games like this in the future, whether from this developer or from any others. However, I hope the delivery of the scenes in future games by this developer will be done in a more impacting manner, such as some of the clips this game had where we could see several characters interact with one another, rather than just one character talking to a screen and then leaving a long pause with nothing going on while they were listening to the other side of the conversation that we don’t hear.