REVIEW: How to Raise a Wolf Girl
1 comment
Share:TwitterFacebookRedditPinterestWhatsAppEmail

REVIEW: How to Raise a Wolf Girl

Even a story about a hot wolf girl who refuses to wear panties can be sweet and endearing.

You’d be easily forgiven for looking at the Steam store page for How to Raise a Wolf Girl — the only Steam game from developers Sweet & Tea, and the latest visual novel published by the prolific Sekai Project — and thinking it was another Nekopara-like harem boobie game about getting into a wolf girl’s panties. If you discarded the store page Nudity and Sexual Content tags, though, along with the free R18+ DLC available from a third-party site, then you’d find that it’s not really much like that at all.

You see, she doesn’t wear panties! 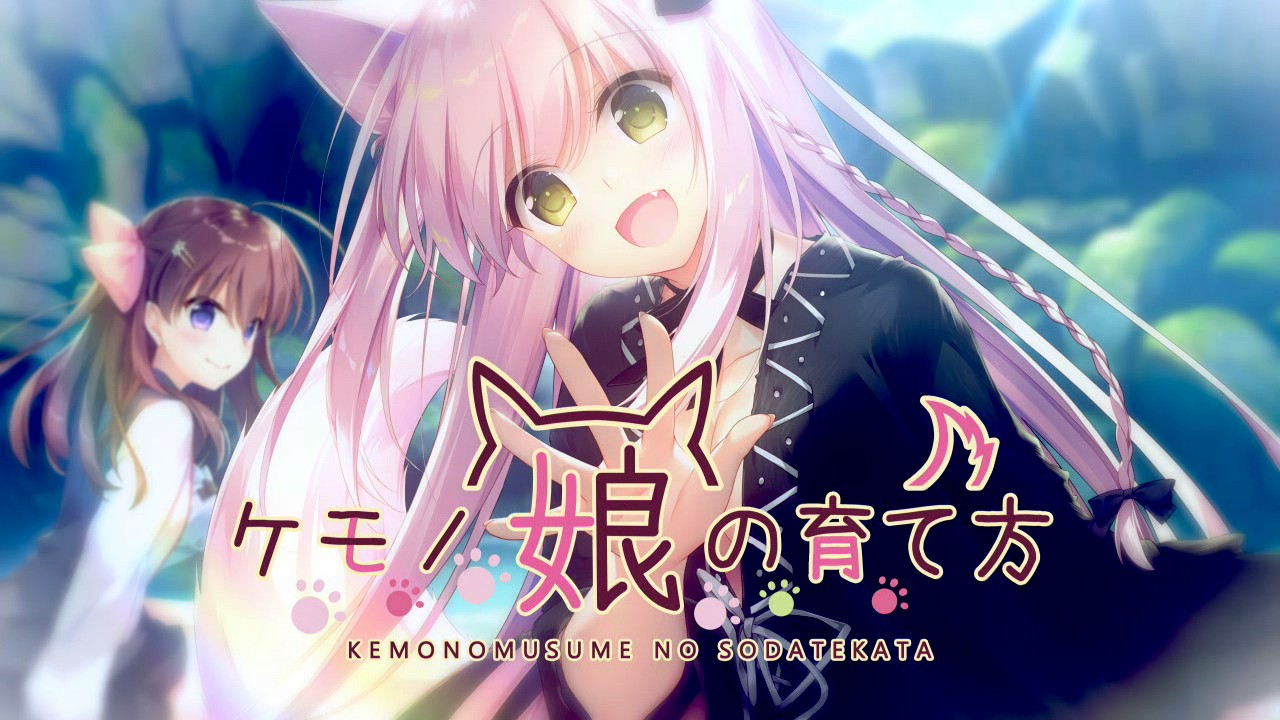 For me to consider a visual novel to be a shining example of the genre, it must involve at least two things: a great story that’s not too badly marred by poor grammar or translation; and art that’s pleasing to behold. They’re the core components of a visual novel to me, and while extras like fancy interfaces, galleries, sprite viewers, voice work, and the like can all add to the experience, if the story or art are rubbish then the game tends to be a failure to my mind.

How to Raise a Wolf Girl tells the story of senior high-schoolers Shuuji and his not-girlfriend Kana, living in a small village in the Japanese countryside. While cleaning a shrine in the nearby mountain forest dedicated to a Mountain God who presides over the area, they find a girl who looks about their age trapped in a boar cage trap placed by Shuuji and his grandfather. They soon notice that the girl, Iroha, has large wolf-like ears and bushy tail, and is unable to talk. Freeing Iroha from the cage, they take her home to care for her.

This simple beginning sets the stage for a short story about friendship, love, and loss, which is written and translated extremely well, as I’ve come to expect from everything published by Sekai Project.

I feel that I should reiterate, though, that it is a short story in the traditional sense: there’s a single idea around which the story is based. The game examines that idea and follows it through to resolution, and then it finishes, all within five to six hours at the default read settings and auto play. It’s pretty emotional, though, and there’s enough character development in that short time to let the player really care about what happens to the characters. 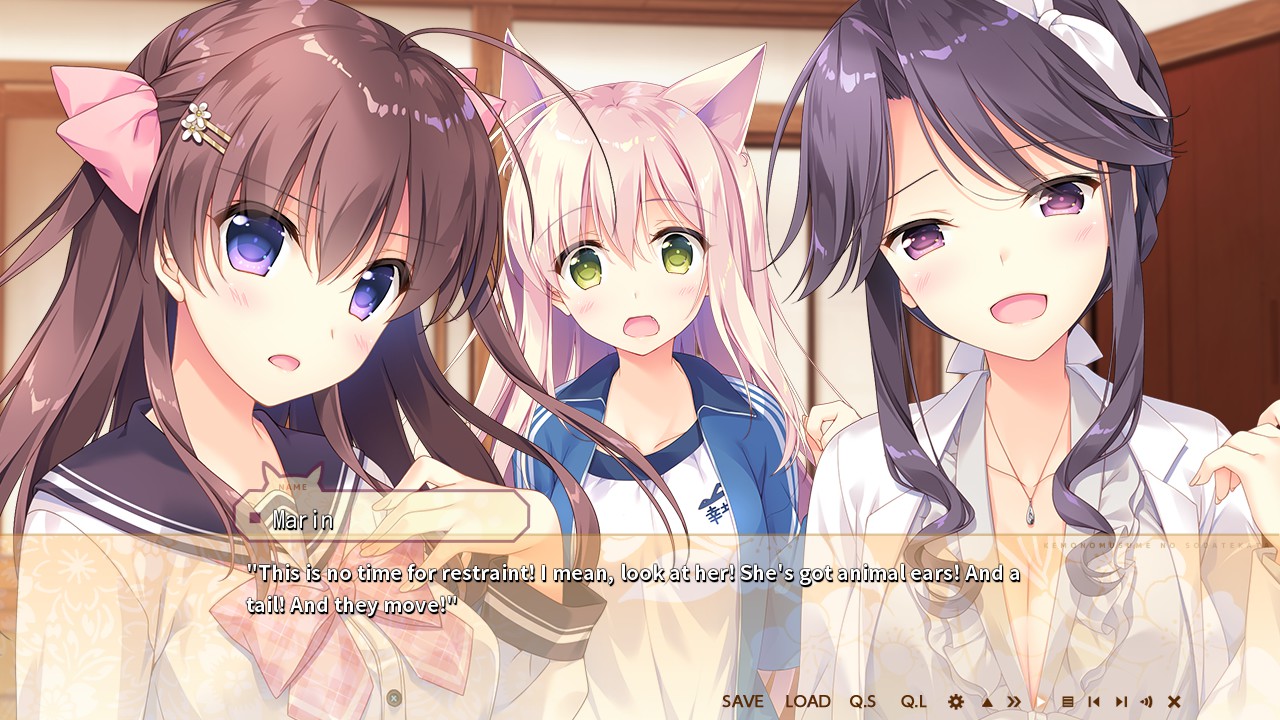 The story includes a handful of choice points where you’re able to choose Shuuji’s response to what’s going on, but their range of effect is very limited: a few different lines from a character or two and everything gets back on the same path no matter which choice you make, so it’s a bit of a token effort; honestly I think most of the choices could probably have been left out entirely without losing much.

So, while short, How to Raise a Wolf Girl passes the story test. But how does its art fare? Like most visual novels it features static backgrounds with large two-dimensional paper-doll character sprites drawn over the top, occasionally interrupted by full-screen “CG” images, usually focused on one or more of the girls in the game.

The first thing I noticed about the art was the quality of the backgrounds; the nature scenes, in particular, are simply superb. The mountain forest scenes are beautifully painted images full of foliage and water and make the whole place seem so tranquil. The images of the more civilised areas perfectly convey the quiet lifestyle of the rural village described in the text, blending into the more fast-paced town where the characters go to school and work. Building internals have just the right amount of detail. Every location is wonderfully drawn. 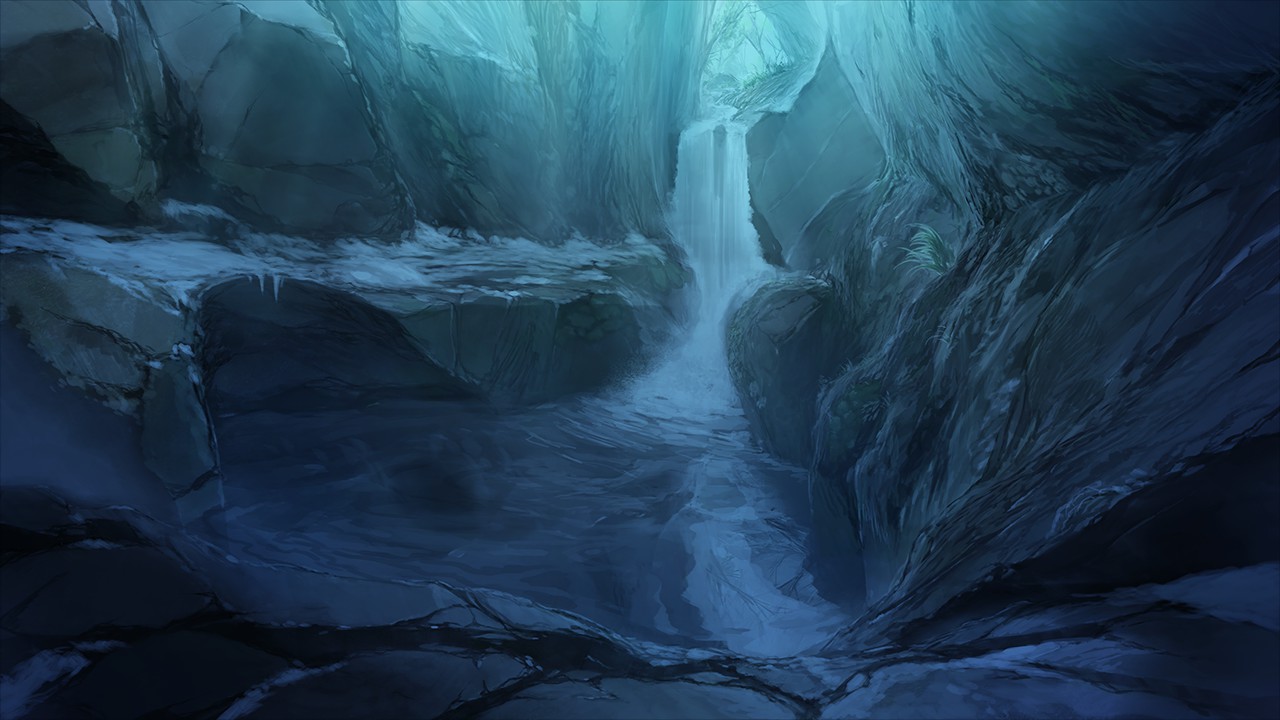 The character art is similarly high quality, with beautiful characters showing only few sprite animations, but a number of emotions that suit the text well. While there’s a degree of stereotyping, the characters look and feel much more fleshed out and individual than in many other visual novels, in large part due to the excellent use of background panning and zooming, and movement of characters sprites about the scenes.

In places, the text will refer to a character and the background will pan and zoom before the character appears, as if it were a proper camera moving to find them. In others, Kana will jump in front of other characters to get Shuuji’s attention. The developers have even included sprites of the characters seen from the back, helping to make scenes in which Shuuji walks behind the other characters or a character turns and walks away seem more lifelike. A better use of an implied “virtual camera” I’ve not ever seen in a VN before, and it’s very impressive.

There’s a gallery available after you’ve completed the game, with each of the CG images and the single opening movie (which if I recall correctly, actually plays an hour or two into the game) available for your viewing pleasure.

The interface art and text are professional looking and suit the game, but don’t otherwise stand out, except for the fancy scene transition animations, which are very well done indeed. 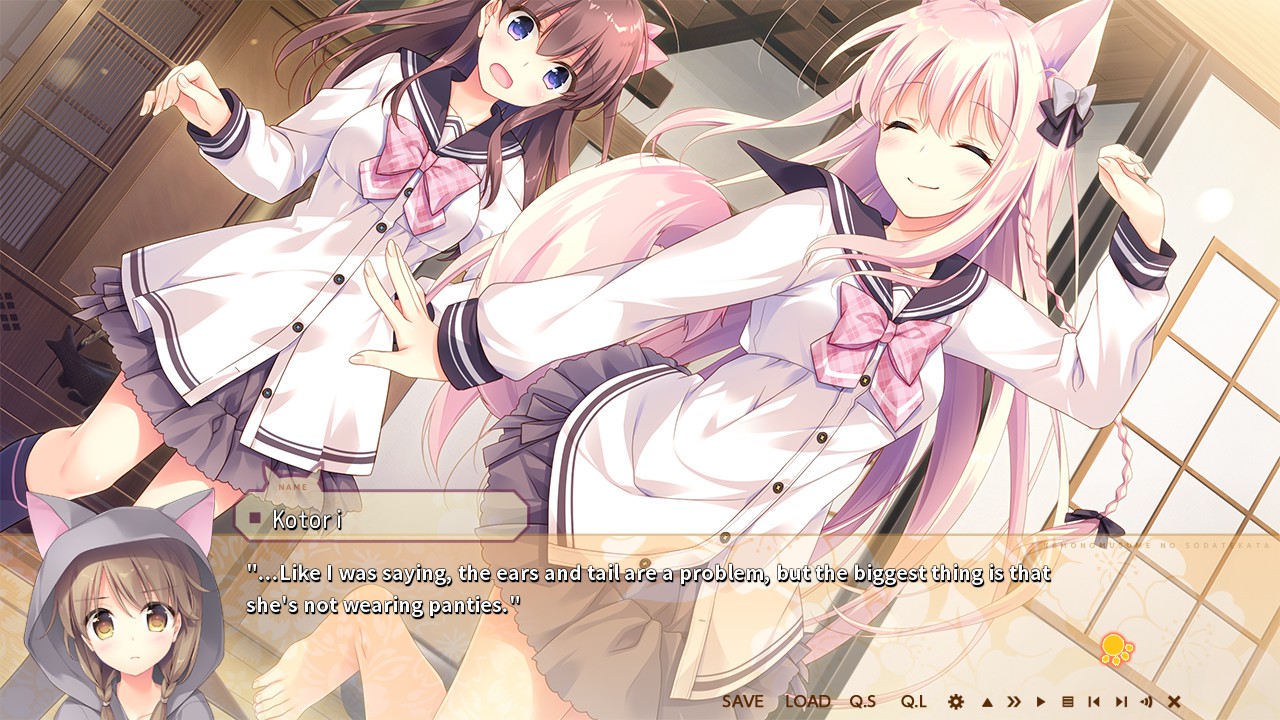 As is the norm with anime-style visual novels, all characters except the protagonist are fully voiced in Japanese. They sound very good for the most part, though I found the Mountain God’s voice to be a little too light hearted for my taste. Iroha’s voice is awesome, particularly the way it develops throughout the game along with her character, even going so far as to change the way she says the game’s name in the splash screens that are shown between major sections of the chapters. It’s another little touch that adds that wow factor to the game; I loved it!

Music and sound are high quality and well selected, but nothing ground breaking for the genre. The music was more classical and less J-pop like than most other VNs I’ve read lately, which I have to say is a welcome change, but while there’s a music player in the extras menu I can’t imagine that I’d ever spend time just listening to it. Sound effects are well placed and properly normalised, but as usual for a VN they didn’t add much to the experience for me.

The interface is full featured with all the bells and whistles I’ve come to expect from a high-quality visual novel. There’s a huge range of options for voices, text speed, skip options, backlog, more saves than you could ever need, and so on. I can’t think of anything missing that I’d want, and there’s a whole lot of stuff that I’d never touch, especially in a game of this length.

Yes, of course there are boobies, just not in the Steam version of the game. The vanilla download includes a fair bit of sexual innuendo and some elegantly obfuscated nudity, but no sex or rude bits. Take a trip to Denpasoft, though, and you’ll find a freely available official R18+ DLC for the game, which transforms it from a really rather sweet story of healing and love into a really rather raunchy story of healing, love, and bonking. 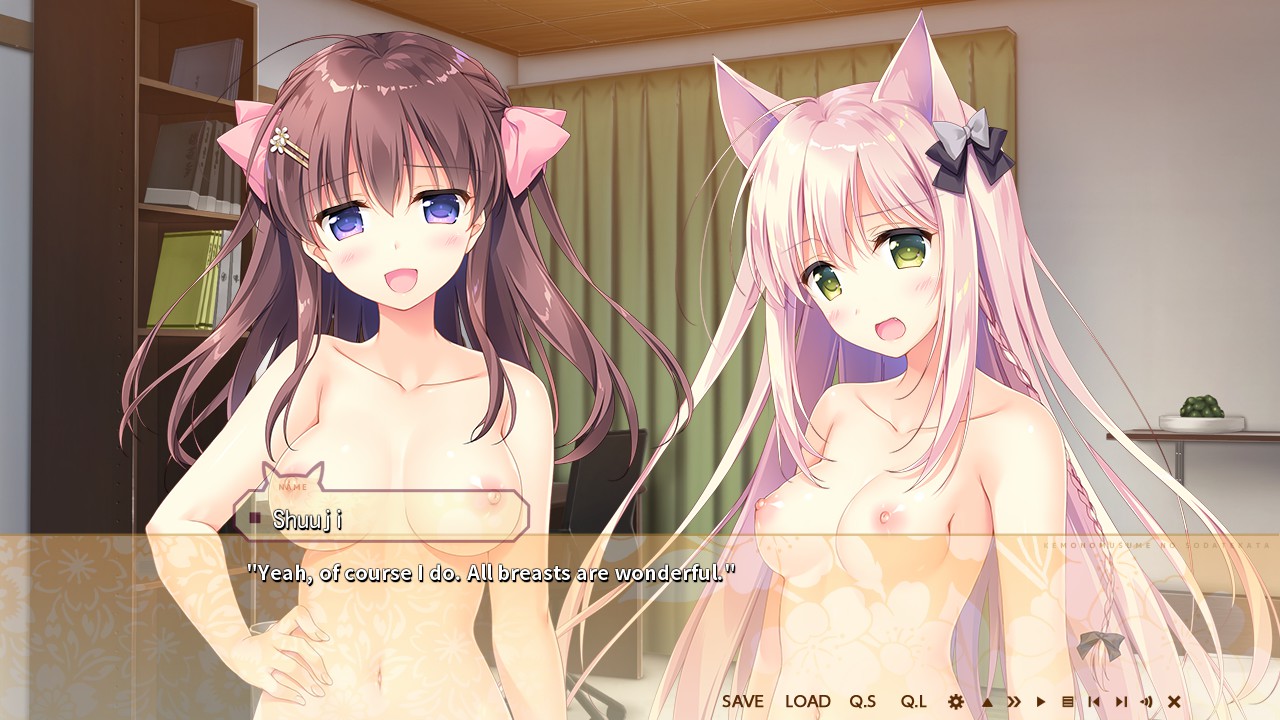 The DLC adds five sex scenes and approximately doubles the available CG gallery images, as well as adding more decision points to the story, though each of these ultimately boils down to “Should Shuuji have sex with this girl now or not?” and doesn’t otherwise significantly alter the story. It does add another 20% or so to the time to play through the game, too, but I’d say that probably half of this extra text and voice content is made up of hot, throbbing rods, moist folds, and dirty talk; the voice actors must have been in tears of laughter in some of these scenes! I found the last one particularly amusing, though it was written better than the others, I think.

It’s also worth pointing out that the genitals are mosaic-censored, but it’s otherwise pretty hardcore. 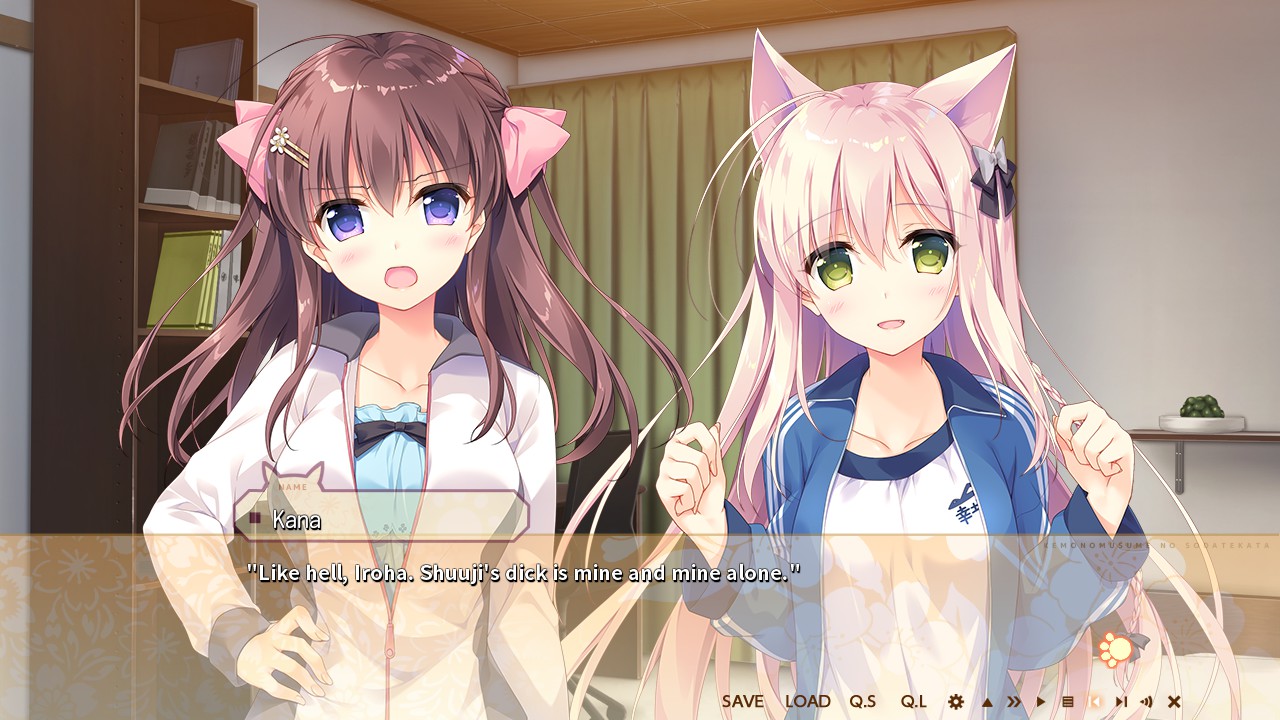 How to Raise a Wolf girl is one of the more beautiful visual novels I’ve played, both in story (without the patch, at least) and in art, with gorgeous backgrounds and delightful character art, and some very clever uses of animation. Add the free adult DLC and the feeling of the story changes dramatically; I think it’s great that it’s optional. It’s a bit of a shame that the game is so short, but at the same time the story it tells doesn’t need to be any longer, and might even be lessened if it were.

I am left wondering about the motivation for the decision that sets the whole story in motion, but perhaps it’s better not knowing. I wonder if there will be a sequel. I hope so!