Step into the shoes of a Hawaiian native as he fights against the odds to rescue his son and liberate his island from the malevolent forces that have corrupted it.

Ashes of Oahu is a game that shows a great deal of promise but doesn’t manage to deliver on it all. In an approach that closely resembles the Far Cry franchise, you are thrust into the role of a reluctant hero who fights against overwhelming odds to rescue his son but ends up stomping out the villains along the way. You’ll be reclaiming territory by liberating outposts from the hands of these raiders and their sorcery using leaders while carrying out a number of tasks to assist the factions that you ally with along the way. The post-apocalyptic setting stands out and further differentiates itself from other entries in the genre by including mythical beings that you’ll encounter and supernatural powers that you’ll gain mastery over.

The game that Wyrmbyte had in mind is a very impressive and ground-breaking title with a number of lofty goals. The world is large enough and most of it feels fleshed out and interesting, even though there are certainly some areas that could use further development. It certainly feels alive with frequent events involving the factions of the island and their relations with the antagonists; sometimes they are hostages needing a hero to rescue them while other times they are actively engaged in a firefight against them and could use a skilled ally for backup. I rarely passed up these opportunities as they offered useful rewards including small faction rating increases and ammunition. Friendly non-player characters are commonplace and exploring the island will often result in a handful of new side quests and lore drops in each region if you go out of your way to speak with them. It’s a nice touch that the game world was constructed to be a not-to-scale model of the actual island of Oahu in Hawaii.

The story is about a Hawaiian native who’s brought back to life with ancient magic after he died attempting to protect his son from being kidnapped. From there, he fights his way across Oahu by siding with (or against) the initially friendly factions as they battle the raiders responsible for the chaos on the island. The lore of the game is fairly in-depth and I found myself interested in discovering more about the history that led to the post-apocalyptic environment as well as the stories of the people and their factions. 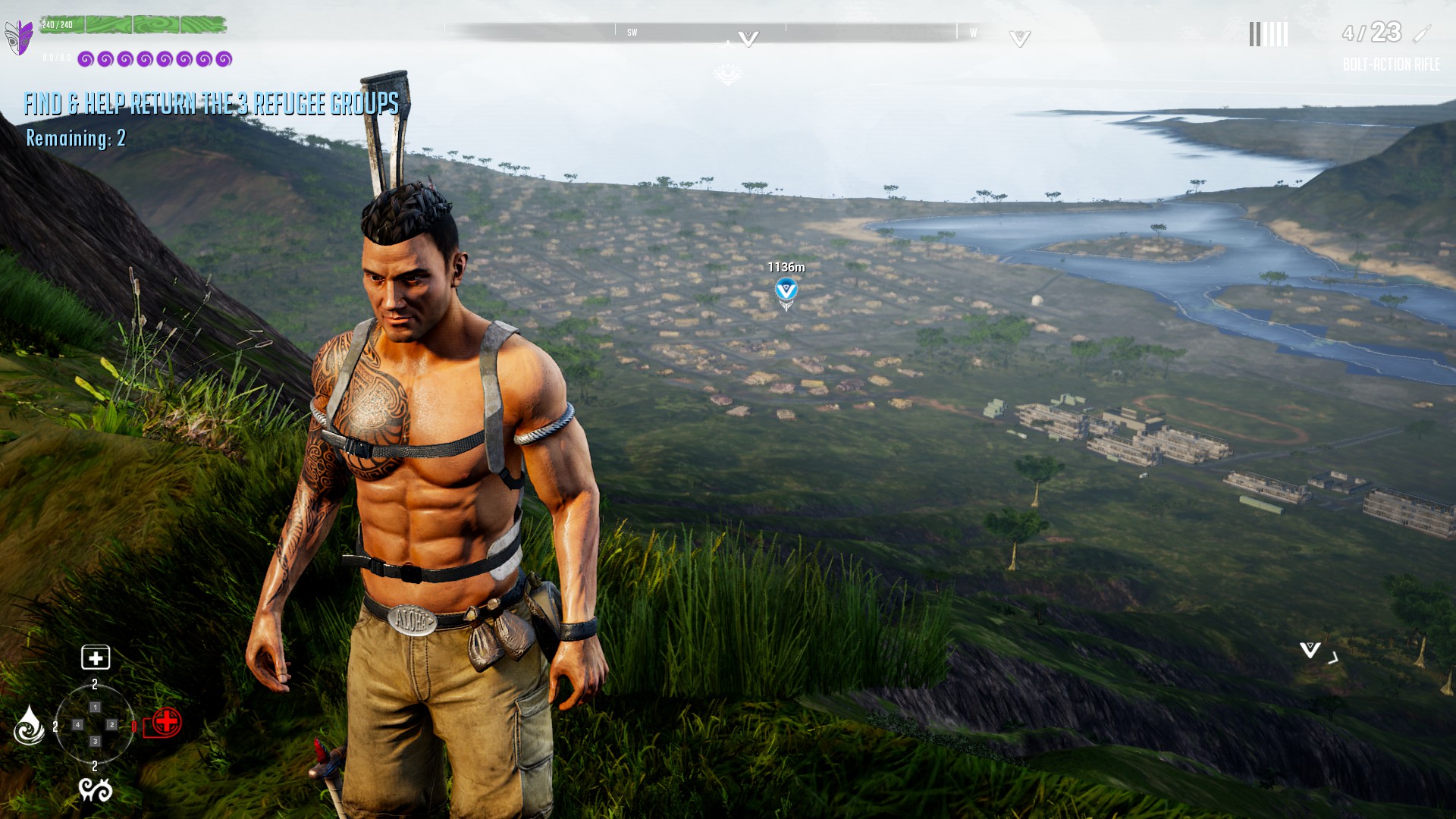 The faction system itself is one of the highlights of the game for me and is the key feature that differentiates itself from others in the genre. There are five factions that can be encountered including the survivalist Islanders, the traditional and mystical Hawaiians, the high-tech Research Institute, the militaristic Lava Dogs, and the savage Raiders. All of these factions have relationship ratings that increase or decrease based on your actions aside from the Raiders and each comes with a unique skill tree that is unlocked by reaching certain milestones with them. This system adds a lot to the game and I’m really into the concept but I would have preferred earlier introductions to each of the factions as my adventures had my relations with the Islanders was very well developed before I ever encountered another faction; this is to be expected in an open-world game and on a second playthrough wouldn’t be an issue, but it certainly was for me due to the lack of clear indicators or even hints on where they may be based out of. I also wish that there had been more direct competition between the friendly factions that made you feel caught in the middle and forced to pick a side at times. The lore suggested situations like these occasionally but I never felt it quite like you would in a deeply narrative, choice-based RPG. 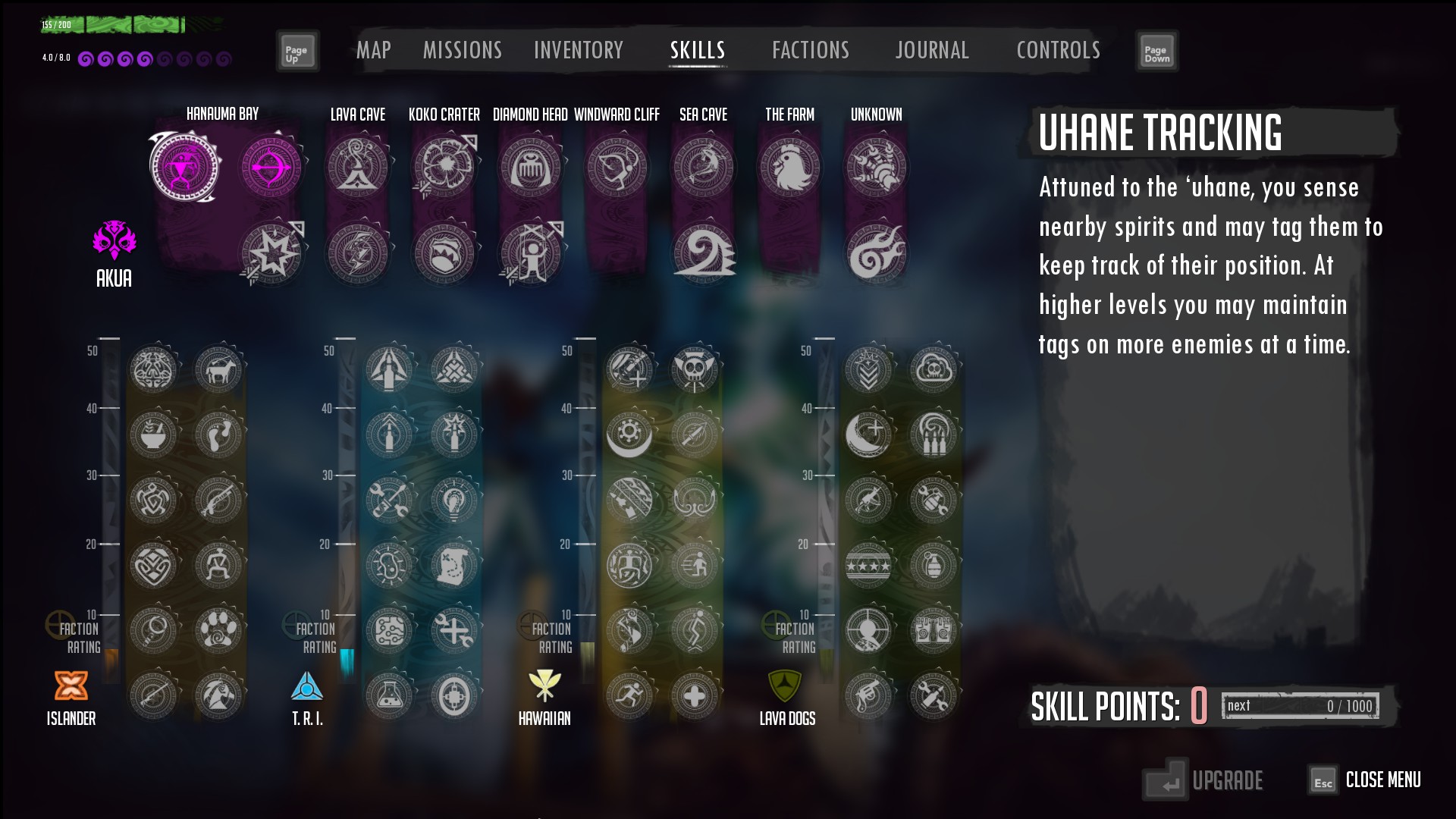 Your inventory is functional but it doesn’t show the same level of innovation as some of the other features. Weapons are mostly divided into their types, such as shotguns or pistols, and there are only a few types of each that can be found. For example, the key difference between one pistol and the next is the level that has been assigned to it; a level two pistol is superior to a level one pistol stat-wise, but there are no further differences. I didn’t feel like this necessarily hindered the experience due to a decently constructed modification system for weapons, but it certainly isn’t Borderlands by any means. The mods at least add to weapon customization by allowing both mundane improvements, like suppressors and scopes, as well as magical ones that add bonuses like fire damage. In addition to firearms, there are a variety of consumable weapons, healing items, and temporary stat boosting items that can be crafted with resources that you gather by looting fallen foes and harvesting nodes that you find on the island. I never found myself hurting for resources due to the frequent respawns of both the natural sort, like vegetation and the stored sort, like dressers in destroyed homes. 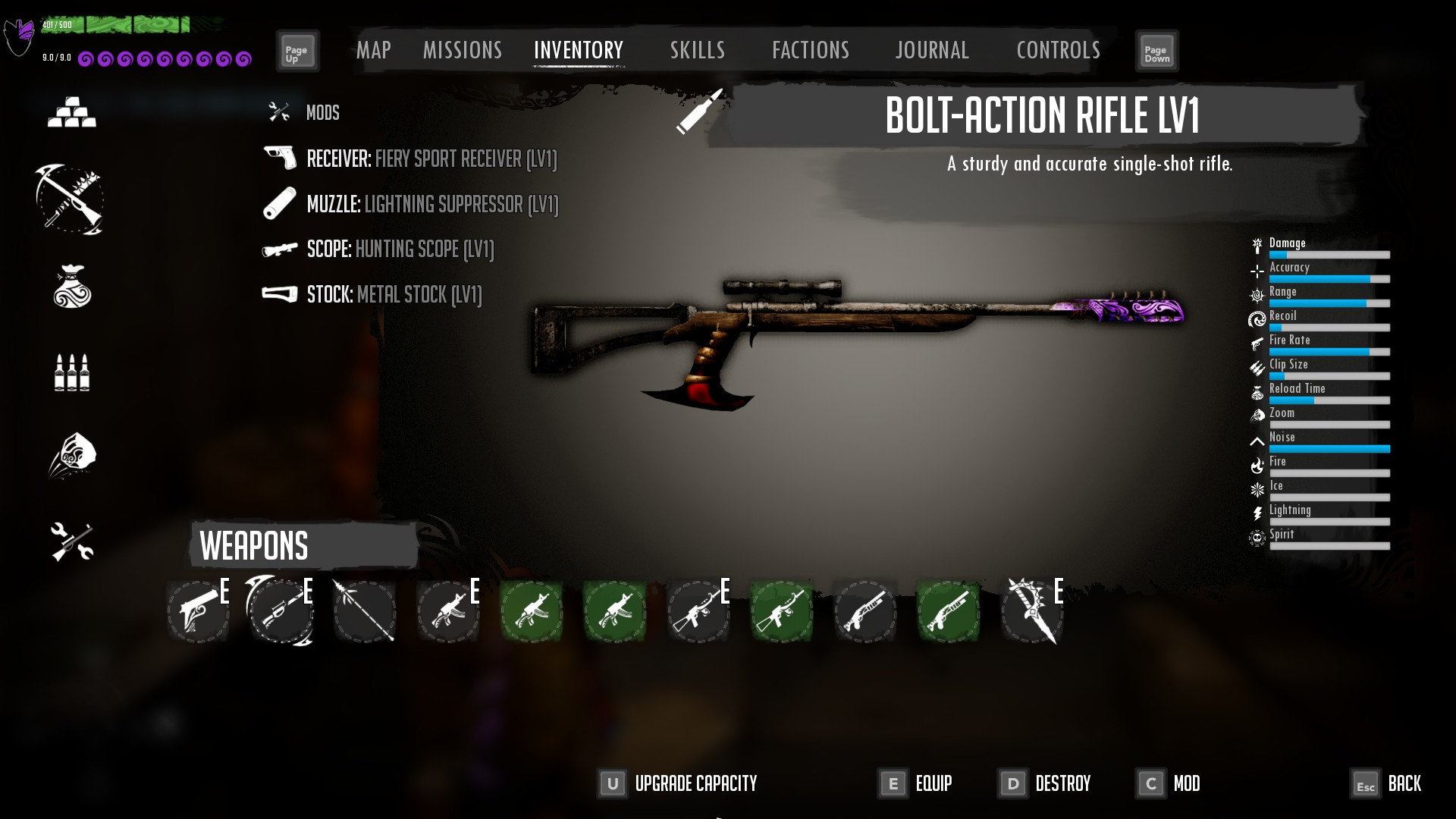 Combat generally feels solid, though I believe that an overall optimization of the game would improve it as well. Weapons work as intended and your enemies have a knack for making you dead if you give them the opportunity; you’ll go from full health to dead in a matter of seconds if you’re not careful. Stealth, on the other hand, is entertaining and functions as it is supposed to most of the time, although I ran into the irritating but rare bug or two along the way. Both systems worked well enough that they built an enjoyable experience with only the occasional hiccup in it along the way. 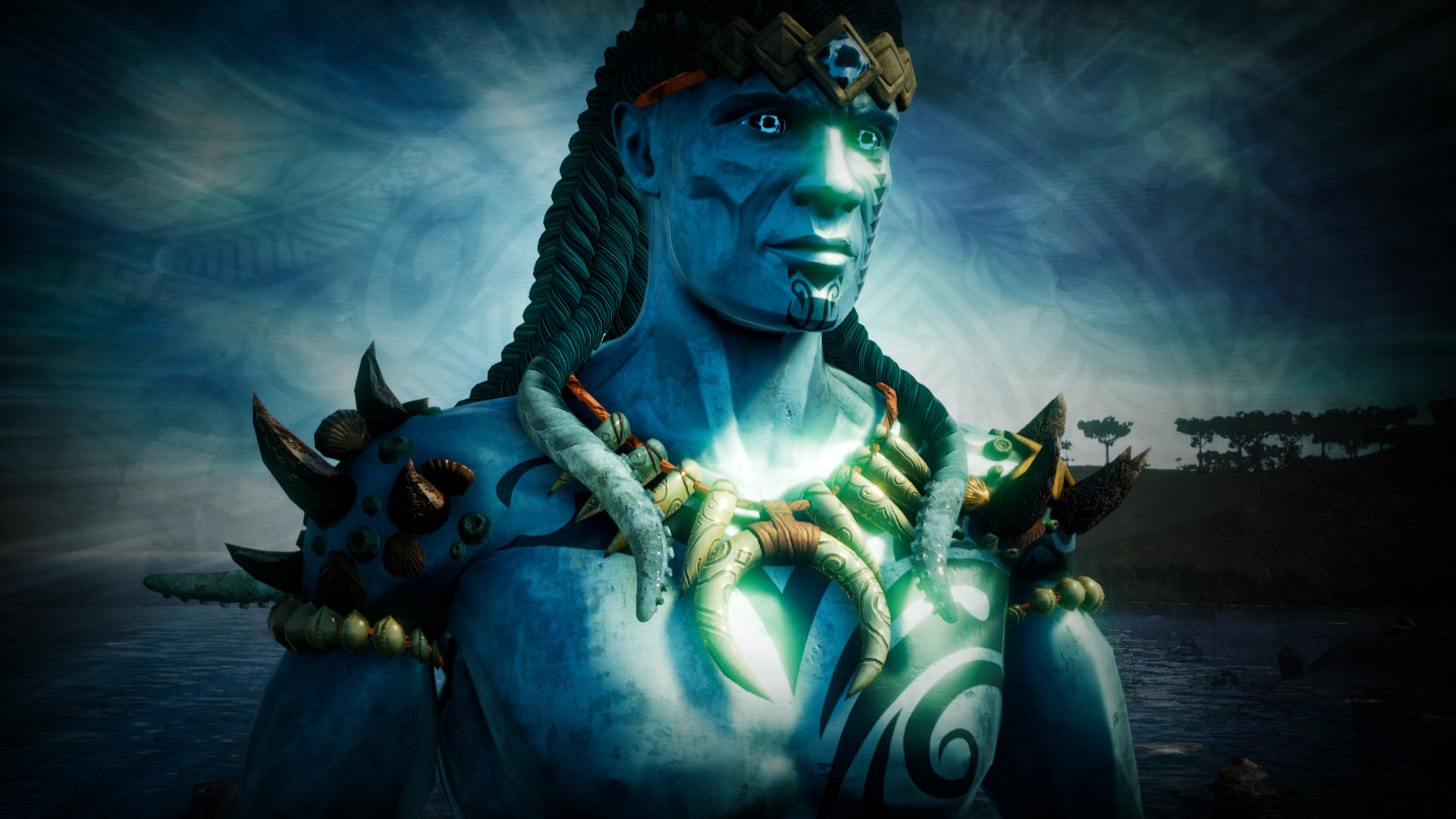 Diamond In The Rough

For all of the impressive content, systems, and innovation of Ashes of Oahu, it falls short of the mark for what it could be due to numerous flaws that it suffers from. This title feels like a very promising Early Access release, but not up to the standards that I expect out of an official release. Within moments of entering the game, you’re met with subtitles and text that seem like they were intended to have voice acting backing them up and as you progress you’re likely to miss some useful information or interesting lore simply because you were distracted with combat or stealth while they were subtly appearing on the screen. The audio itself is underwhelming as it seems that a number of sound effects that should be there simply aren’t in the game, most noticeably when it comes to harvesting resources. The music was the most impressive part of the audio and I would summarize that by saying that I got used to hearing the same tracks repeatedly but that they didn’t help or hinder my enjoyment of the game.

The game mechanics themselves are riddled with bugs that certainly need squashing, though the most egregious offenders seem to rarely show their faces at least. I experienced only one crash while playing and I never lost save data or anything along those lines, but I don’t believe that I ever went more than half an hour without experiencing some small glitch. Optimization overall would go a long way toward improving the experience as well as I had to play on high settings instead of ultra which lagged quite heavily for me even though the graphics are certainly not cutting edge. 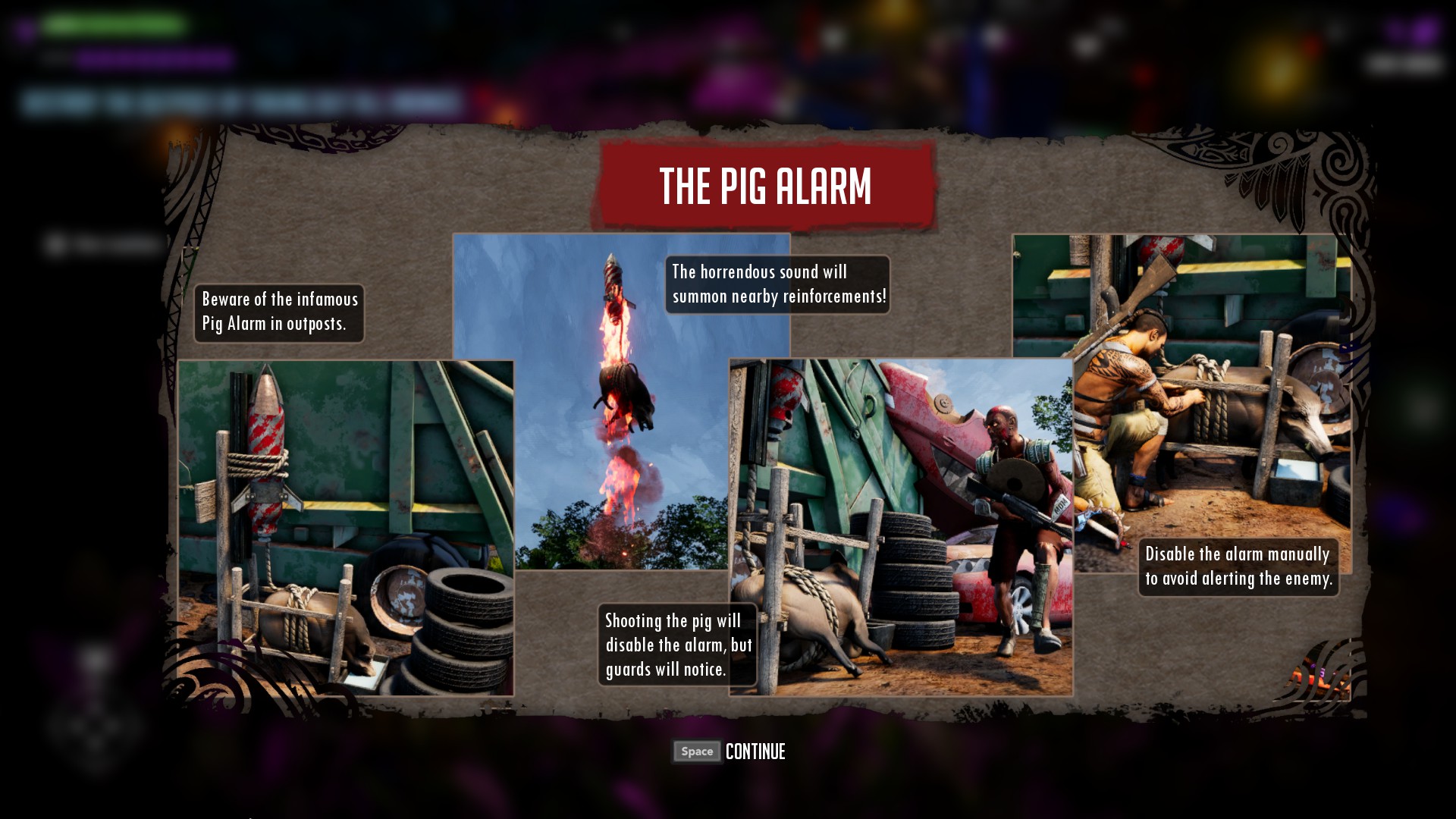 Ashes of Oahu is a game that shoots for the stars, falls short in many regards, but still ends up being an enjoyable experience if you can look past its many flaws. Unfortunately, I can’t openly recommend it in its current state. I can say with certainty that I enjoyed my time with it and that on several occasions I found myself looking forward to my next chance to start it up and play for a few hours. I also stand by the fact that this game could be a true gem if the developers were ready to buckle down and do everything that it takes to make their vision happen, though it seems that they have only bug fixes planned for the future so it seems that this is highly unlikely. Due to the fact that it is an official release and not an Early Access title, I can only recommend this game to those who are dying to get their hands on another open-world, outpost capturing game who are also not particularly picky about there being plenty of minor bugs. I would suggest that everyone else steer clear unless by some miracle the game exists in a more finished state in the future. 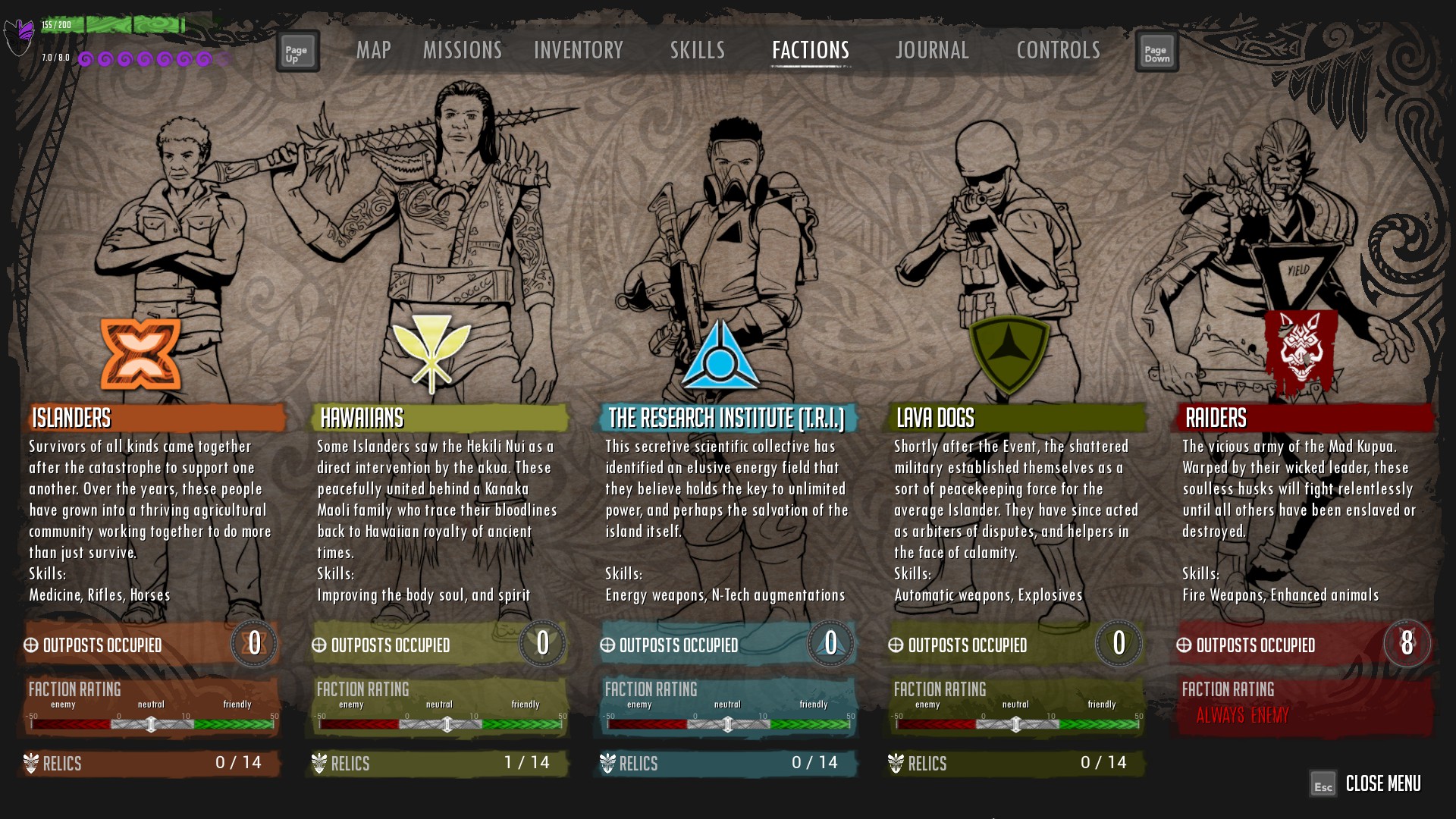