A challenging platformer wrapped in a package of a reality TV show in hell. Ambitious and creative, but with glaring issues.

Welcome to hell, although not the kind of hell you’re used to seeing. Life here seems not to differ from the modern-day world, except with demons, vampires, and talking skeletons instead of people, although there are a few people mixed in with them too. Each one of them has a life of their own, but they all seem to love their reality TV. Catch the Head is about one such reality TV show. In this show, the contestants form teams, and each team goes through a series of challenges in order to come victorious. And in between the challenge stages, the contestants relax in a jazzy lounge, have drinks, and socialize with each other.

The challenge in each stage is mainly presented as a set of obstacles and enemies. The obstacles come in a variety of shapes and sizes, although quite many of them are your standard game tropes – lava pits, spikes, circular saw blades, hydraulic crushers, lasers, and floor sections that open up to make you fall through, as well as plenty of others. It’s a 3D platformer in essence.

Along with all these obstacles, there are also enemies placed in some spots. These enemies are usually either fighters who attempt to punch you to death, or they shoot stuff at you.

So, why do we have to go through all this, you might ask? The goal in each stage is to activate a certain number of ‘sigils’. Each of these sigils is placed behind an obstacle of some kind or guarded by an enemy. Once you’ve activated all the sigils in the stage, a floating head of one of the show’s sponsors enters the stage and you need to catch it. 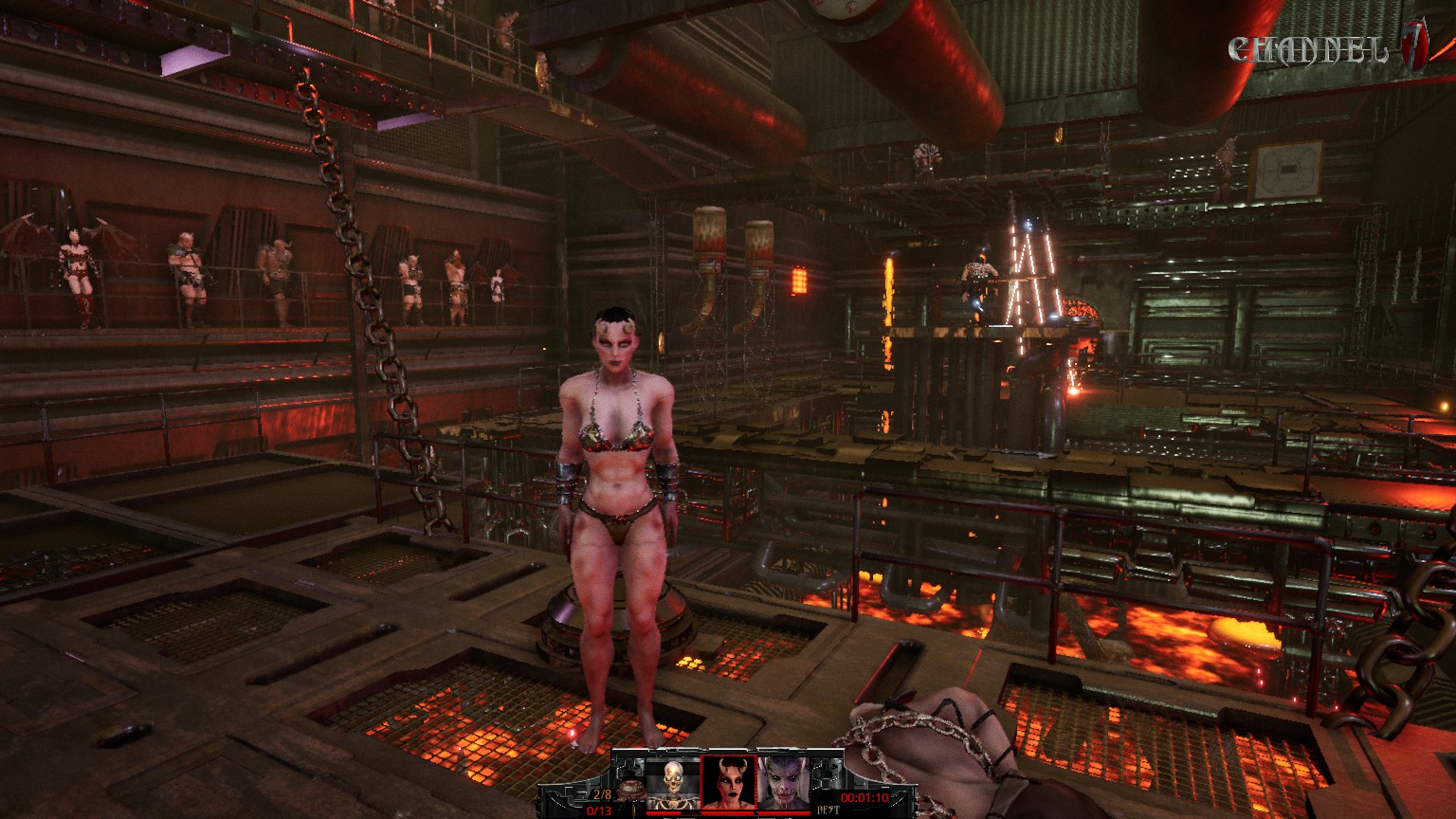 When we start the competition, we get to pick our team of 3 contestants out of a choice of 17. Each of the 3 members of the team has a role to play. One of those 3 is a brawler who is strong physically and can sustain a lot of damage. This character is suitable for fighting the enemies up close. The second team member is the ranger – the one who will be shooting enemies from a distance and is rather fragile if forced to fight up close. And the last one is a support character who is able to become stealthy for some time and sneak past enemies and can’t fight at all in any way.

It’s pretty difficult and relentless, even right from the beginning, from the very first stage. Actually, even before that. The tutorial will already frustrate you in places due to its steep difficulty curve. Much of this challenge can feel quite annoying and somewhat artificial, and the control of the characters could certainly be better.

To add even more of the artificial difficulty, some stages seem to have a completely different camera angle. Instead of the standard view from behind the character, you do all of the above stuff by looking downward at the character. Yes, fighting enemies this way, and doing all the jolly platforming like that too. 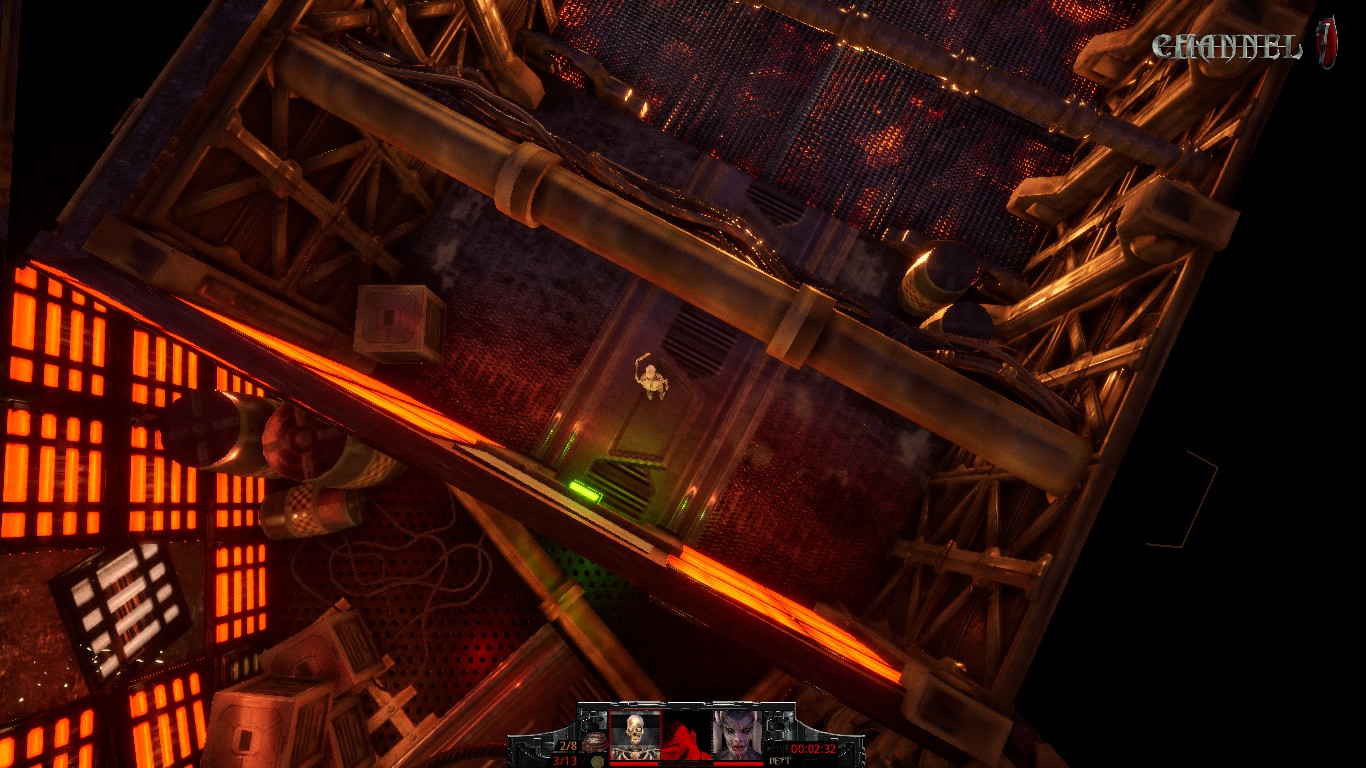 The Characters and Setting

If there is one thing this game pulled off wonderfully, it’s the cast of interesting characters and the setting they’re living in. It’s obvious that a lot of thought and planning went into crafting this world and those who dwell in it. Each of the characters in the game has a distinct personality.

We have: a demon who likes reading books, another demon who is an actor and enjoys the theatre, a tired and cynical military guy, a stereotypical lawyer, a fierce and competitive demon woman, a young angel of some kind who is on a mission to explore hell, a winged vampire woman, an ambitious metalhead, and several others, but perhaps the most noteworthy character is Manny – a skeleton who has a very funny manner of talking and is often a comedy relief in every conversation he’s in. Then there’s also the funny presenter and those whose heads we have to catch, often commentating funny and satirical things while our characters are competing in the stages.

With all these distinct and interesting characters and the well-crafted setting, it feels to me a missed opportunity to turn this game into a clunky platformer rather than into an RPG of some kind with a story and ability to interact with the world and explore more of it. I see this excellent world-building and I desire to know more about it, and I’m sure I can’t be the only one. I hope the developers will consider this possibility in the future. 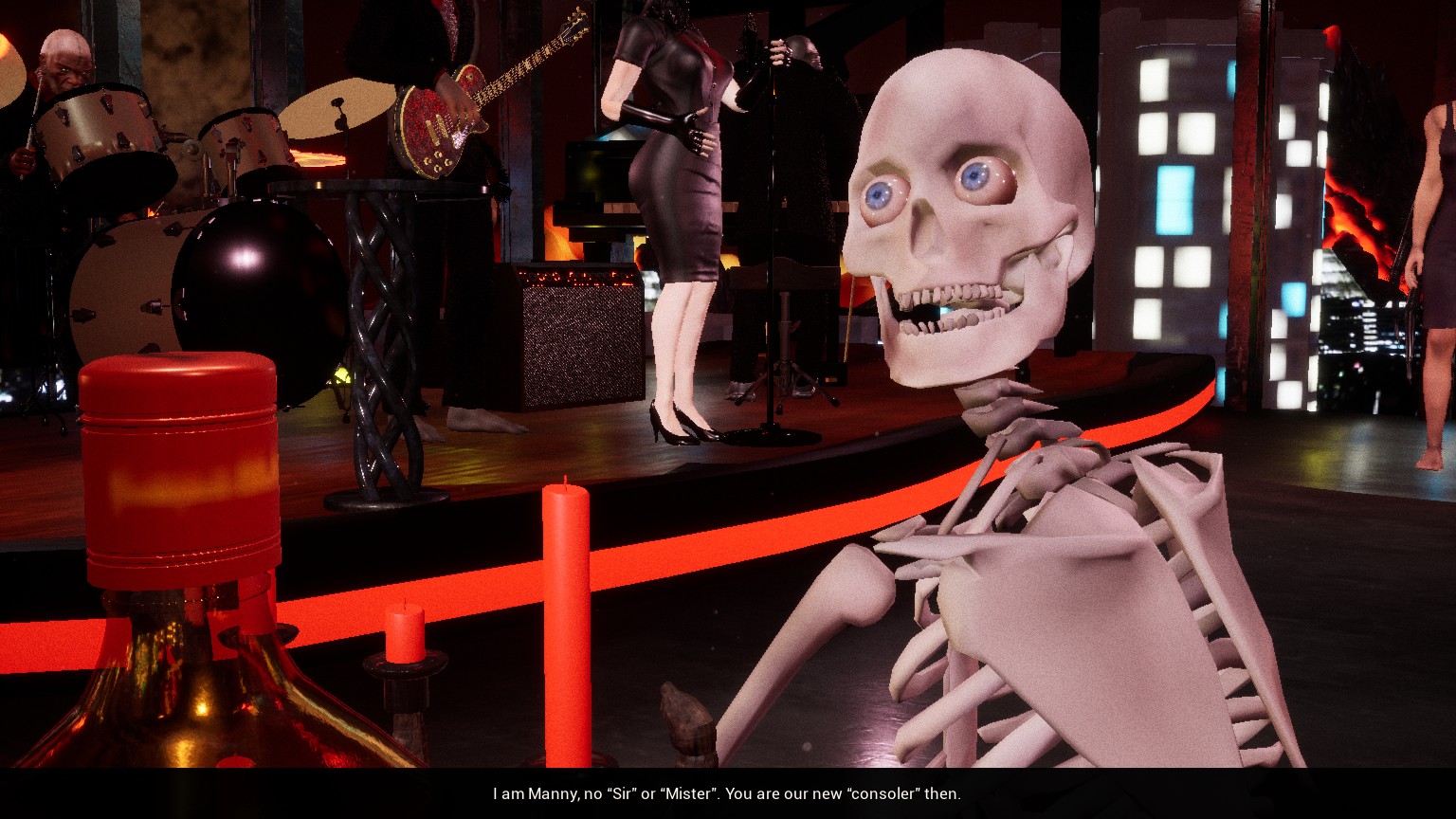 The visuals are pretty decent and colorful. Perhaps some of the demonic characters look a bit too much like stereotypical demons and could use a little spicing up, but overall, a lot of care has been given to the character models. The environments do their bit. I can’t say I’m particularly thrilled about them from what I’ve played of the game. The stage areas just seem like various dungeons full of traps with blades, spikes, and fire.

The music is a bit of a mixed bag. The jazz songs that play in the lounge in between the stages are pretty nice and provide a nice atmosphere, but the tracks that play during the stages are forgettable and a little unpleasant at times.

The voice acting is superb, for every character, and this is perhaps the strongest aspect of presentation that this game has. There are a lot of dialogue lines for each character and they’re all professionally voiced. A huge thumbs up to the devs and voice actors for making these characters come to life with their dialogue. 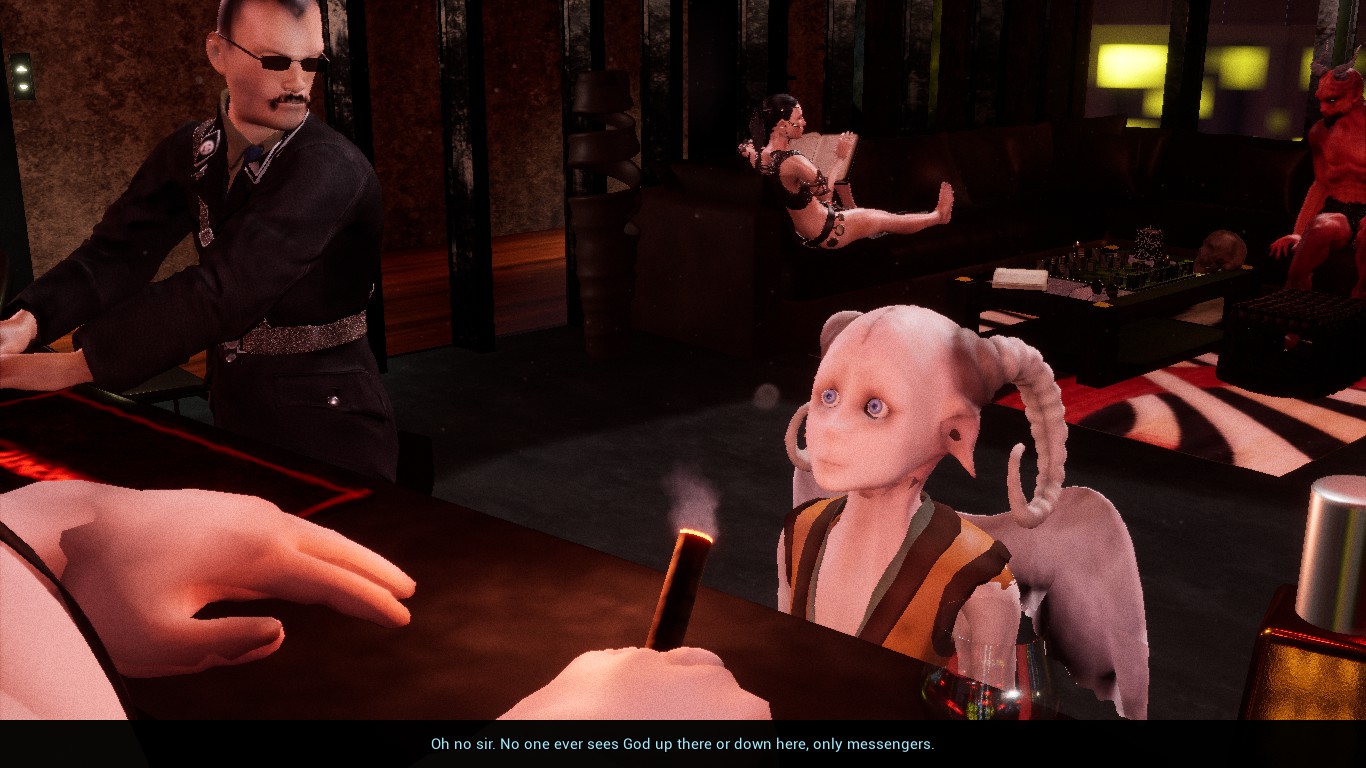 The thing I must criticize very strongly about the presentation, however, is the technical side of things. I think the game is not optimized well enough and I’ve come across many technical issues. The first thing I was greeted with upon launching the game was a black screen that stayed on for some time. At first, I thought the game crashed, but upon checking the community forum on Steam, it turns out someone else also had the same problem and that the black screen was simply the game taking a long time to fully load. So, after you might sit for a good minute or two staring at a black screen, the main menu finally comes on. After that, when creating a new profile or continuing the game from where you left off, you go into another lengthy loading screen.

On some occasions, I had the game crash during these loading screens. And when it crashes, it just stays on the black screen rather than quitting to desktop, and it becomes a real chore to launch task manager and kill the process. Sometimes you have to force restart your computer because it’s impossible to do anything else and the game’s loading screen simply hangs there. Having Fraps on definitely causes the game to crash, and I’ve also had it crash several times when having OBS software on. So, recording the gameplay has been tricky as the game doesn’t seem to like some of the video capture software to be running in parallel. At times I’ve had the game crash even without switching on Fraps or OBS, and it was unclear what else was causing it to crash, whether another application that was running or some other reason. The game’s challenge has nothing on the challenge of trying to get past the loading screens without the game crashing. 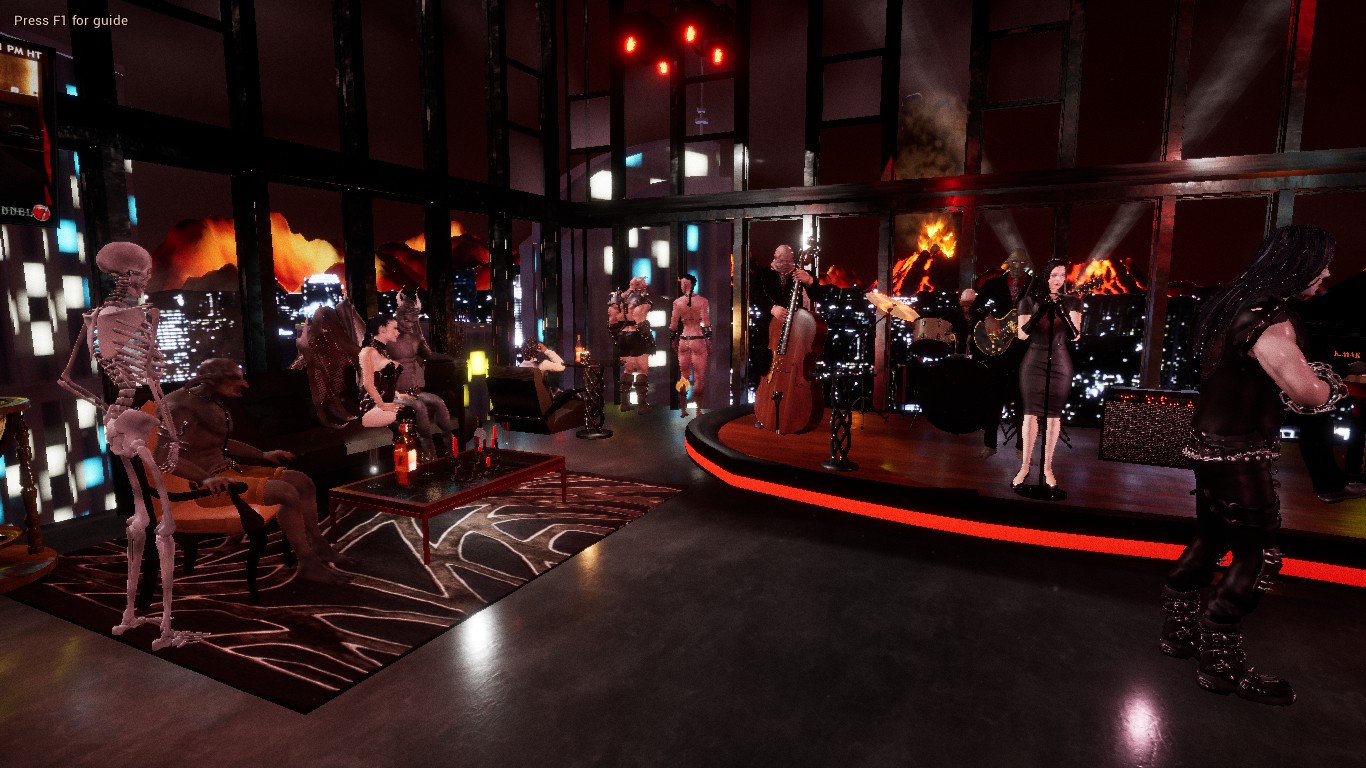 Another thing is a lot of the time the frame rate wasn’t very good for me when running this game even at lowest settings, although this doesn’t exactly use top-end graphics. This is likely due to a lot of effects happening on each stage at the same time, which I think continue happening even when they’re not in player’s sight, and the graphics option for effects doesn’t seem to go lower than medium. In fact, whenever I had the game on, it’s been very demanding on the processor (according to the Task Manager) even though my PC’s processor is well above the minimum requirements. I am not sure why it does that, but I think perhaps a bit more streamlining with how the game runs would be a good idea in the future.

Upon quitting the game, several times Steam continued to register it as still running for a few more minutes afterward, which also made no sense to me.

There have been a few other technical glitches. During the tutorial, my character got stuck within the platform after having climbed up on it, and at that stage I couldn’t do anything else and had to quit the tutorial altogether. At one point during the first stage, I had my support character knocked down by two enemy guards and he never got back up, despite the UI showing he still had HP left.

Lastly, I think some improvement on controls would be nice too. The aiming with ranged characters is really uncomfortable. You have to hold the fire button to make them throw further, but it’s so sensitive, that if you hold for a fraction of a second longer, they overshoot the enemy (the projectiles travel in an arc and are thrown rather than shot in a straight line). 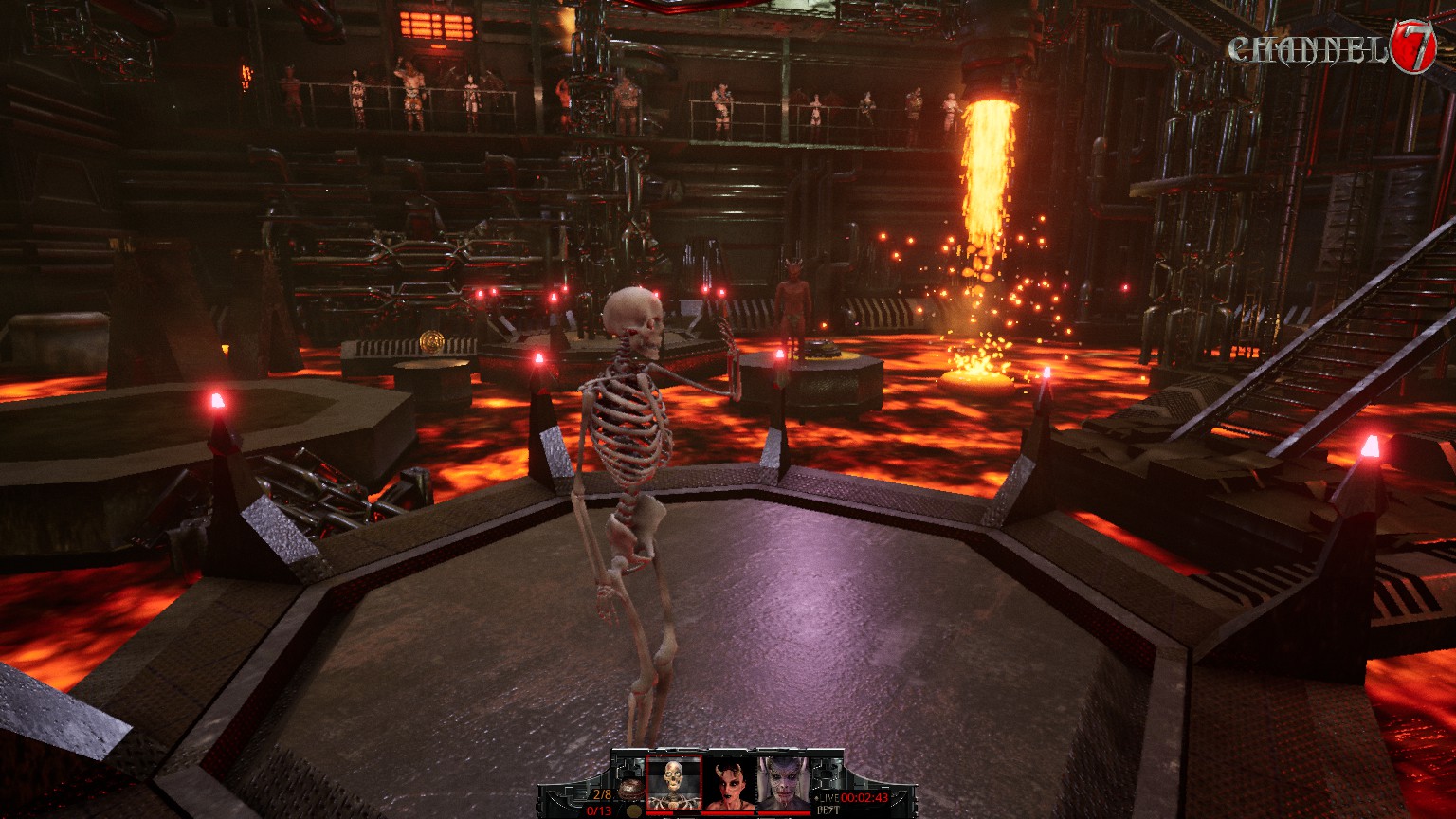 Overall, I think that Catch the Head has a lot of ambitious and creative ideas and a very interesting world-building, but which is undermined by numerous technical problems and rather uninspiring gameplay. In a lot of ways, it feels like a missed opportunity. The game tries to dabble in the story-telling aspect and characterization but ultimately sacrifices it in favor of frustrating obstacle course stages. I think that, if the devs improve the optimization and sort out the technical problems, this game might be a ‘Save for Later’ rating from me. So, at the time of writing this, I have to regretfully give it a ‘Pause’ rating and advise to be aware that this game might cause glitches and crashes on some PCs, and those crashes can be a pain to sort out because they cause the game to hang rather than to quit to desktop.