A thrilling take on the classic formula of survival horror held back only by its unfinished state.

Return to the roots of survival horror with Them & Us as it revisits a time when mowing down your enemies in a hail of bullets was simply not an option and your life depended on your quick wits instead. A mysterious and sinister mansion lies ahead of you waiting for you to solve its puzzles and uncover its secrets while its corridors and rooms are filled with untold dangers and grotesque scenery. 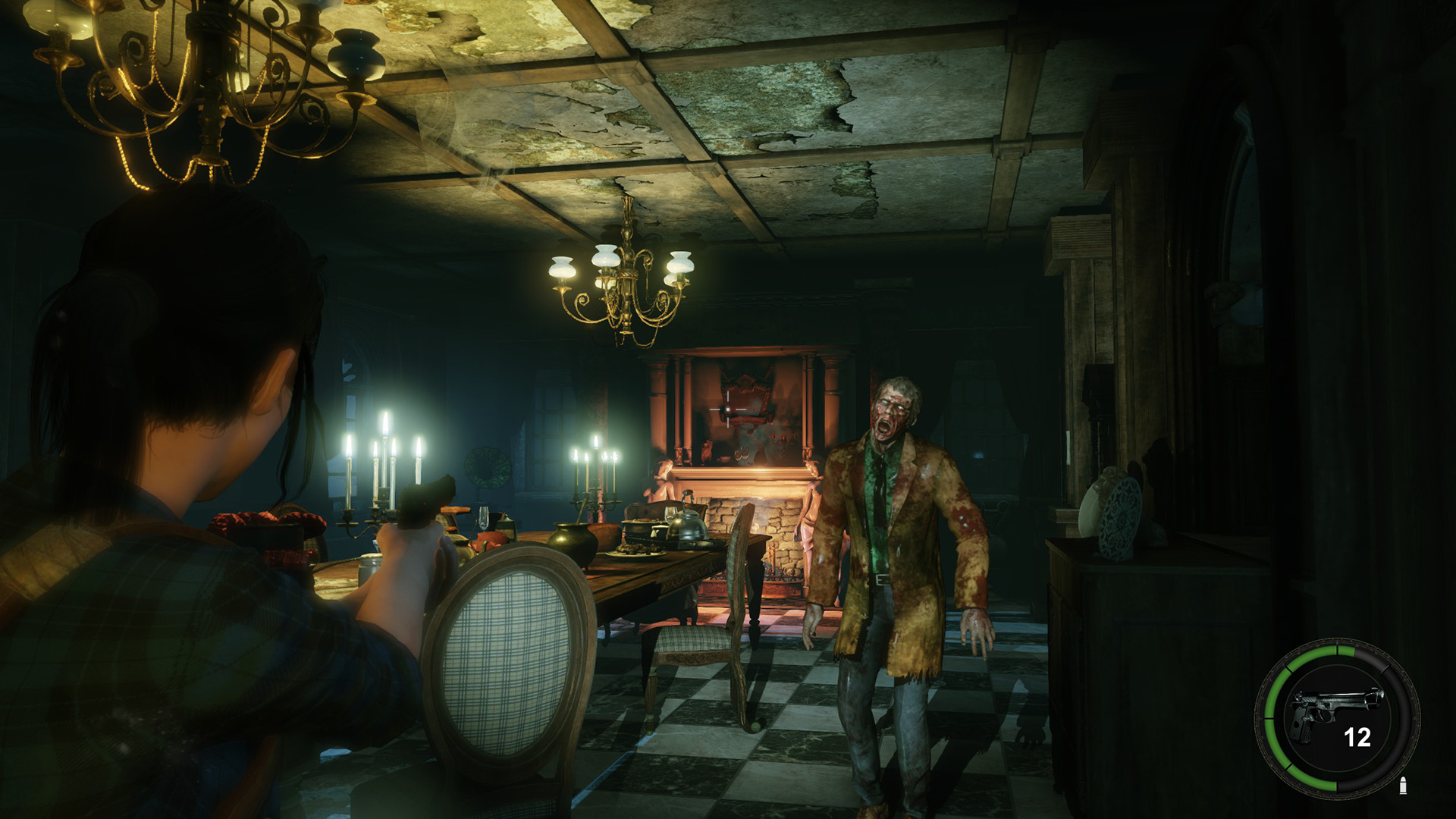 After being introduced to Alicia through her vague but intriguing backstory, she awakens in a bed inside of a small room with only a brief memory of how she got there. Both of the doors in this room seem to prevent her passage but with a little bit of creativity, they are unable to prevent her from exploring the mansion for long.

The zombies soon follow and they are of the same conceptual fabric as those we’ve seen many times before; they stand about idly until they’ve become aware of you, at which point they lumber toward you with the hopes of turning you into a midday snack. They are easy enough to avoid in most cases, but it’s always a judgment call going forward. I found that many of them were in areas where I could preserve my limited ammo and avoid them in relative safety though others were put down immediately as I knew they would pose a danger sooner or later and I chose to expend a few bullets instead of using up precious medical supplies. The dogs, though? They’re worth every bullet.

The puzzles are not particularly challenging compared to some of the other entries in the genre but they were not so simple that they got in the way of the experience for me. I always felt accomplished with each step forward even if it was the norm that I was already ready for the next one; the atmosphere kept me immersed in the game, not the difficulty. 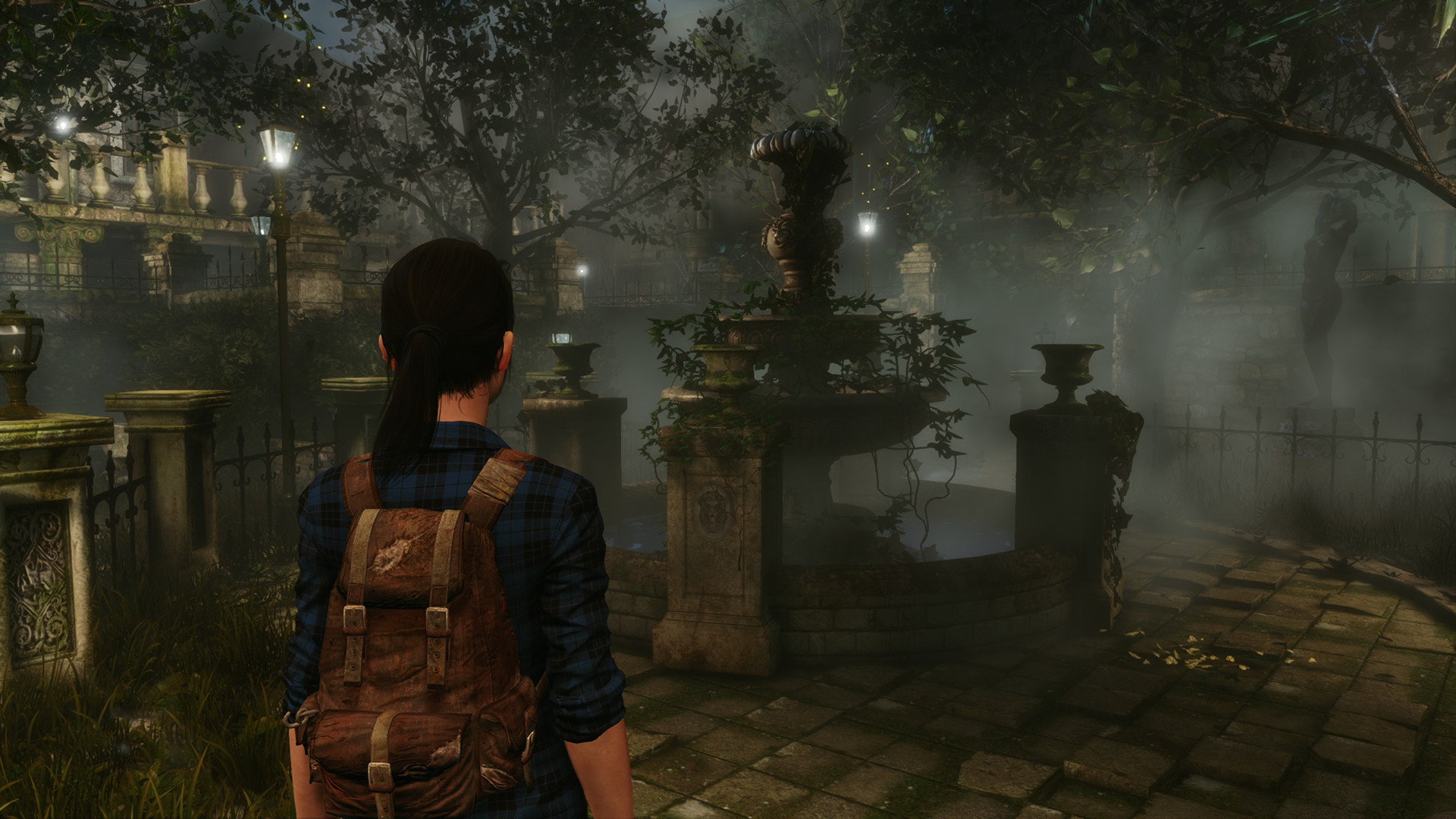 Although the game feels a great deal like the original Resident Evil, I’m very pleased with some of the decisions that have been made for Them & Us so far. I’ve never had much fun with the inventory juggling that survival horror games tend to have, even if they are a necessary evil, but this one at least takes the more modern approach of dropping inventory items to the floor instead of having them vanish from the game entirely. Even if their inventories were separate, I would have liked to have seen storage of some kind in the safe rooms so that their floors weren’t inevitably littered with small items that barely took up any room visually but clogged them up enough that other items could not be stored there.

The atmosphere of the game is on point and is easily within the expectations set by its predecessors, though I do hope that the audio gets a bit more love before release. Currently, it doesn’t set the game back but it doesn’t inspire the same level of uneasiness that it did in games like Resident Evil or Silent Hill. On the other hand, the graphics are excellent and the visuals performed beyond my expectations for building the atmosphere throughout my experience; their high quality paired with the realistic decoration of the mansion were truly impressive. This is only further improved by the fact that player preference is clearly first and foremost on the developer’s agenda, as you can not only choose between the classic fixed or third person over-the-should camera, but also between three separate graphical styles to tailor your experience. 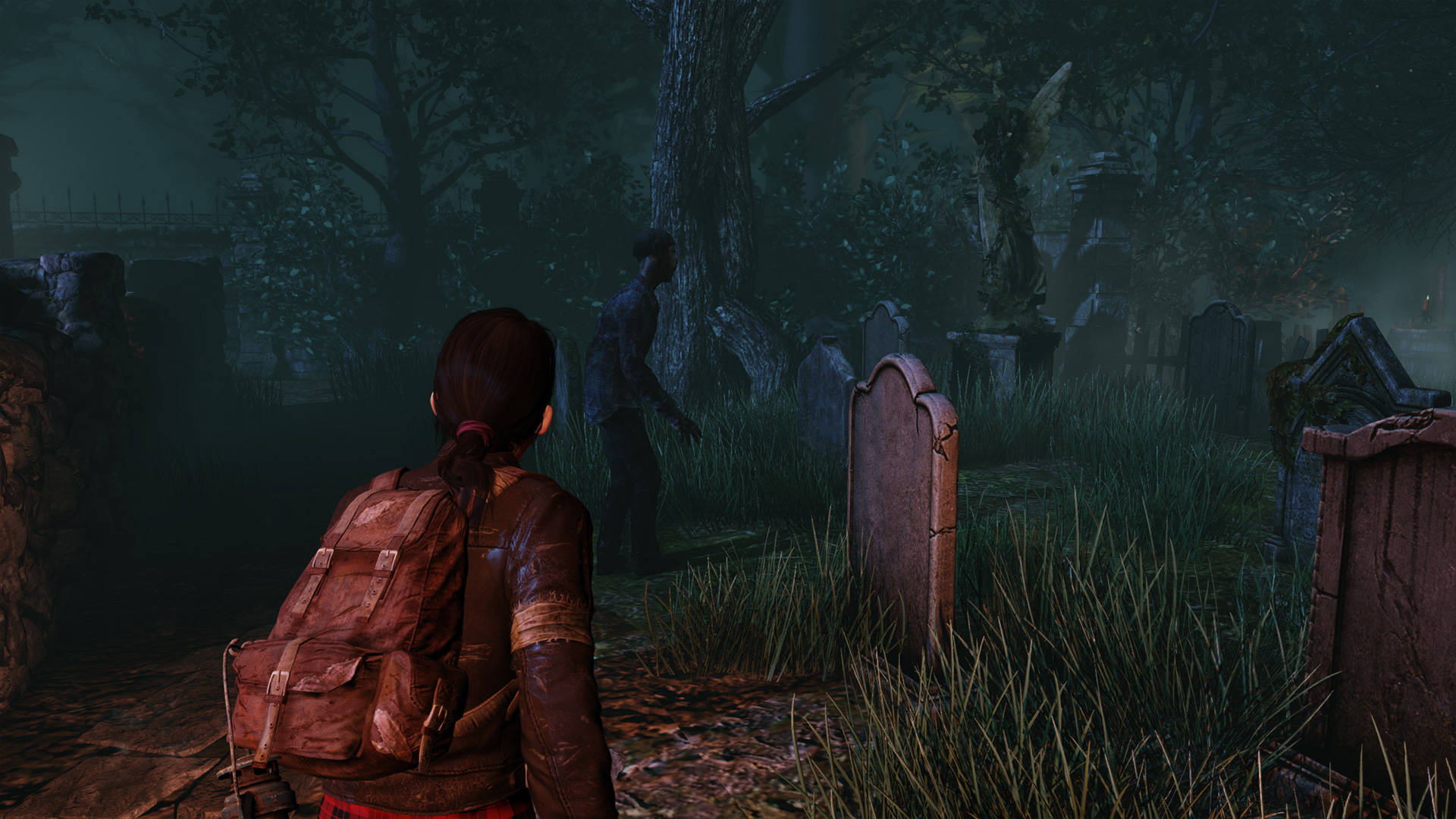 For as impressive as what’s in the game currently, it is really only an extended demo. I played through its entirety in around two hours, three if you choose to include my death from getting just a little too cocky with zombies that I decided to put down my second time through. There is enough story involved to classify it as a teaser, but it doesn’t begin to answer any of the questions that it causes you to ask. On a good note, I’m writing this review very intrigued by what has unfolded so far on Alicia’s terrifying adventure but I’m also left wanting more that I’ll simply have to wait for. It’s also worth mentioning that even the amount that I’ve played was not quite what is intended as a number of doors in the mansion are currently not able to be opened, presumably as the content within has not been added as of yet. 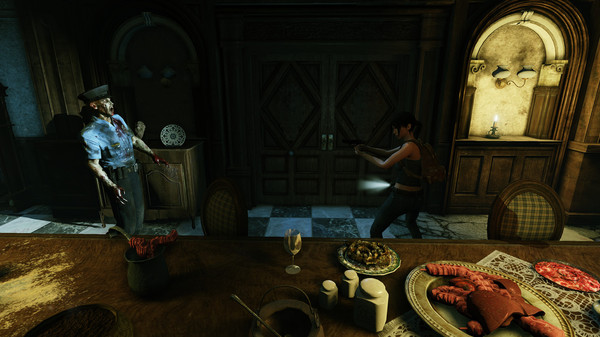 If you love survival horror, particularly Resident Evil 1, and want to support a development of a game that seems to be making all the right choices, you can’t go wrong with purchasing Them & Us. The game may be a short and incomplete teaser but it is already fun to play and I did not feel that my time was wasted, as a matter of fact, I was left wanting much more. However, if you find yourself on the fence, I would highly recommend adding it to your wishlist or following it instead as it has the potential to be a legendary game but it still has a long way to go before it gets there.