Crying Suns is something FTL fans will feel right at home, however, the refreshing combat system, the surprising amount of lore depth and a solid plot to back it all up makes it stand out from the “FTL clone” comparison anyone could throw. It’s one of the best indie games of the year and one of the easiest recommendations I could ever give to sci-fi fans or roguelike fans.

The story is actually… really good. Really, really good. It starts with you, Admiral Idaho, once a great hero, awakened and pulled from a chamber and greeted by an OMNI, Kaliban. OMNI’s are highly functional machines with great intelligence, originated centuries ago which improved quality of life for those who owned them. Upon waking, Kaliban reveals OMNI’s in outer clusters of space have shut down and it’s your task to command a ship and discover who did it, why and reactivate them if possible.

The premise is basic, but interesting, but gets very intriguing as you progress, especially if you manage to face former acquaintances of Idaho’s past and manage to extract information from them. The amount of lore and information about this universe is extraordinary and gives it a huge amount of depth. This depth helps motivate you to keep playing on top of the gameplay, which is usually what makes people come back to roguelites.

The game splits the story into smaller runs (each chapter is a run which, after completion, will make you start the next one as if it was a brand new run), which ultimately made the game feel a bit more split into parts rather than a full, continuous story as it actually turned out to be – it was a jarring decision to split runs to chapters, I feel. The gameplay inside each run you do, however, is pretty great.

The gameplay is ultimately about commanding your ship, which is done in two main ways: random encounters/stories and combat. The former is very similar to FTL, where you are presented with a graph map during each “level” (here called phases), with each vertex being a galaxy you can travel to. These galaxies have 1 or more places to visit inside of them and have multiple interactions, from regular combat encounters, to story bits (like a civilian ship needing help, a space station with birth control issues, to name a few), to more expedition sites. These expeditions are places you can send one of your commanders paired with 3-10 soldiers (the more, the higher survival chances), to get loot/resources: from new commanders, to new weapons, squadrons or scrap (which works as both store currency and upgrade currency) – depending on your commander abilities, you’ll face different chances of survival for the expeditions (those with combat skills will usually fair better and so on). It’s all done in an automated way, playing with probabilities.

The second part of the gameplay is the combat, which is quite simplistic, but quite fun. Combat is done in real-time (with the ability to pause), where you command your fighting squadrons to eliminate the enemy ship, which also has its own squadrons. The fighting ground is represented through a hex grid to which you can move your squadrons and issue commands (use each squadron’s abilities, if they have them, etc.). Outside of the squadron battles, you also can use your ship’s guns (if you have them). These are varied, ranging from creating a blocking path, to a freeze shot, to a laser, to a nuke, etc. The variety is stupendous and allows for a lot of combinations of squadrons and guns, allowing for really great tactical combos to play out and defeat your enemies. Multiple upgrades are present to upgrade the ship’s components and you can even issue your commanders to specific parts of the ship during combat to enhance those ship components – faster weapon reloads, faster-moving squadrons are examples of this.

The gameplay overall is tight and fun: combat doesn’t overstay its welcome as it’s short and sweet, has decent tactical possibilities allowing for players to create their own strategies (though having to adapt to each enemy is recommended depending on the kind of squadrons they have). The random encounters are great and offer not only great amounts of lore but also self-contained stories that are fun to do and find out in multiple playthroughs. A gripe I have with these random encounters is that, while claiming to have over 300 of them, I’ve encountered some really, really frequently (pretty much every single playthrough some repeated), not helping each playthrough feel as fresh and new as it should, but also having some outcomes play exactly the same, so you know always what’s the best answer/choice for a certain encounter (granted, some are based on chance so some outcomes aren’t certain based on the player’s choices) which thins the game’s replayability in a considerable way, in my opinion.

Despite this above-mentioned issue, the gameplay is very solid overall and is a great reason to buy the game, paired with its great lore and story aspects.

A mix of retro 2D and 3D models/animations, Crying Suns is a beautiful game to look at – everything is well animated and has thought put into it. Something as simple as transitioning between a section is done smoothly and you can even see the previous place/planet you visited far away. After winning a combat scenario, the enemy ship slowly blows up and drifts away from your command screen – I sat there for about a full minute watching the whole animation of the ship blowing up and drifting away in the emptiness of the space surrounding you. A lot of attention was put into everything, even something as simple as the expedition screen has a full animation of each combat/loot scenario that the game draws to your adventuring squad. It’s truly great, one of the prettiest and most charming games of the year, visually. 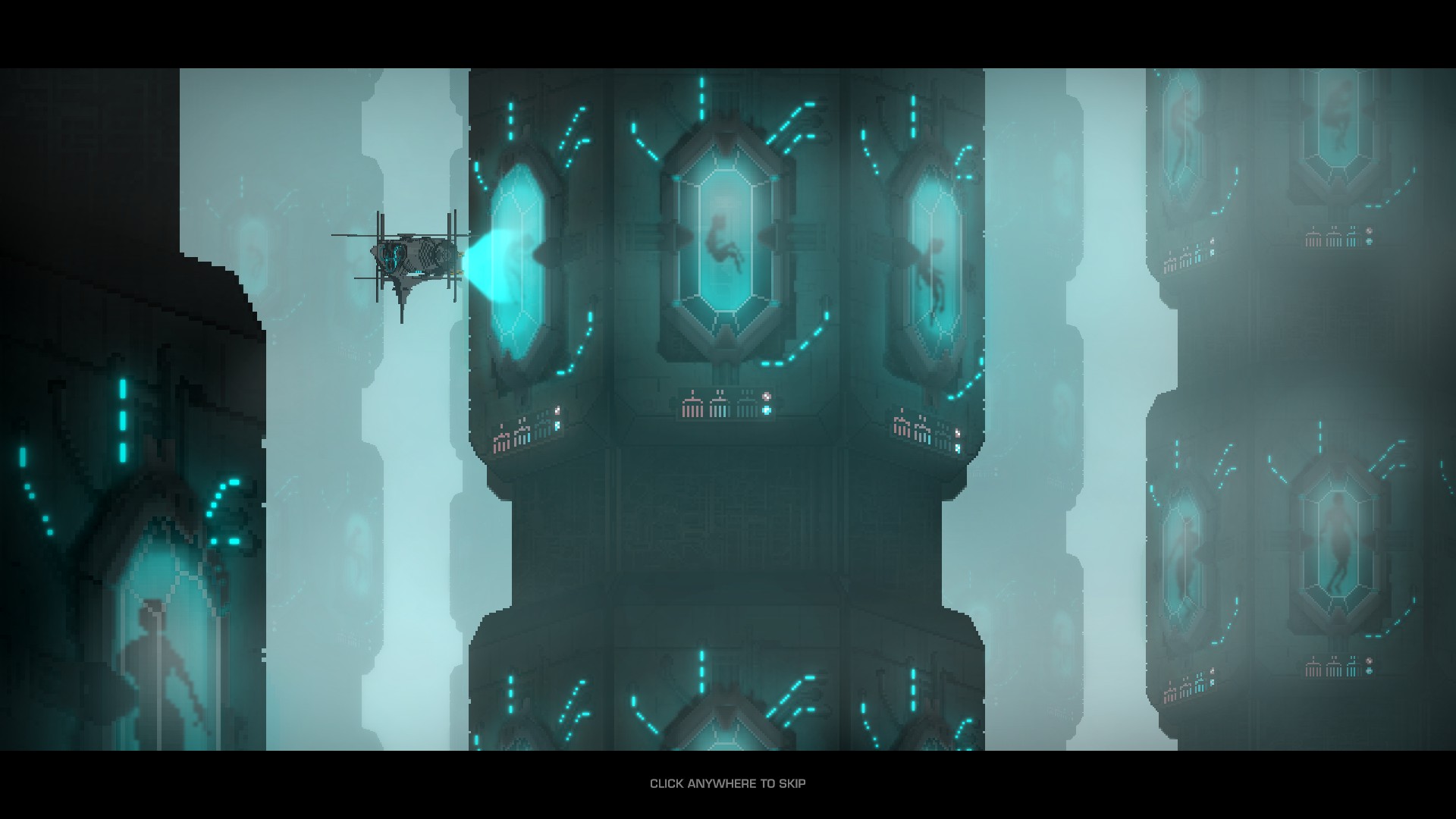 Visuals aren’t everything though, as sound can help immensely in the overall immersion of the game and Crying Suns also nails it, from the bleak, yet soothing sci-fi-esque soundtrack, to overall effects like explosions and weapon fire, expedition encounters or even voices (which are basically mumbles) during conversations. The game is ultimately perfect in its presentation, which is hurt by some odd framerate drops (for no reason, may I add), that are so few and far in between that don’t ruin the experience at all which, on top of the fact that the game is much based on clicking and not much else, results in the performance issues being nothing more than a minor, almost negligible issue I have.

I’m still surprised at how much I enjoyed the game. Despite some random encounters happening far too frequently, and the game being split into chapters you have to start over each time upon unlocking, the gameplay itself and the lore paired with the main plot of the game is just too good to pass up. It’s a great experience I can recommend to sci-fi and strategy fans, especially to roguelite fans (and even more, in particular, FTL fans). Crying Suns is one of my favorite games of the year so far, another great title published by Humble Bundle. A must-have at the asking price of 20,99€.