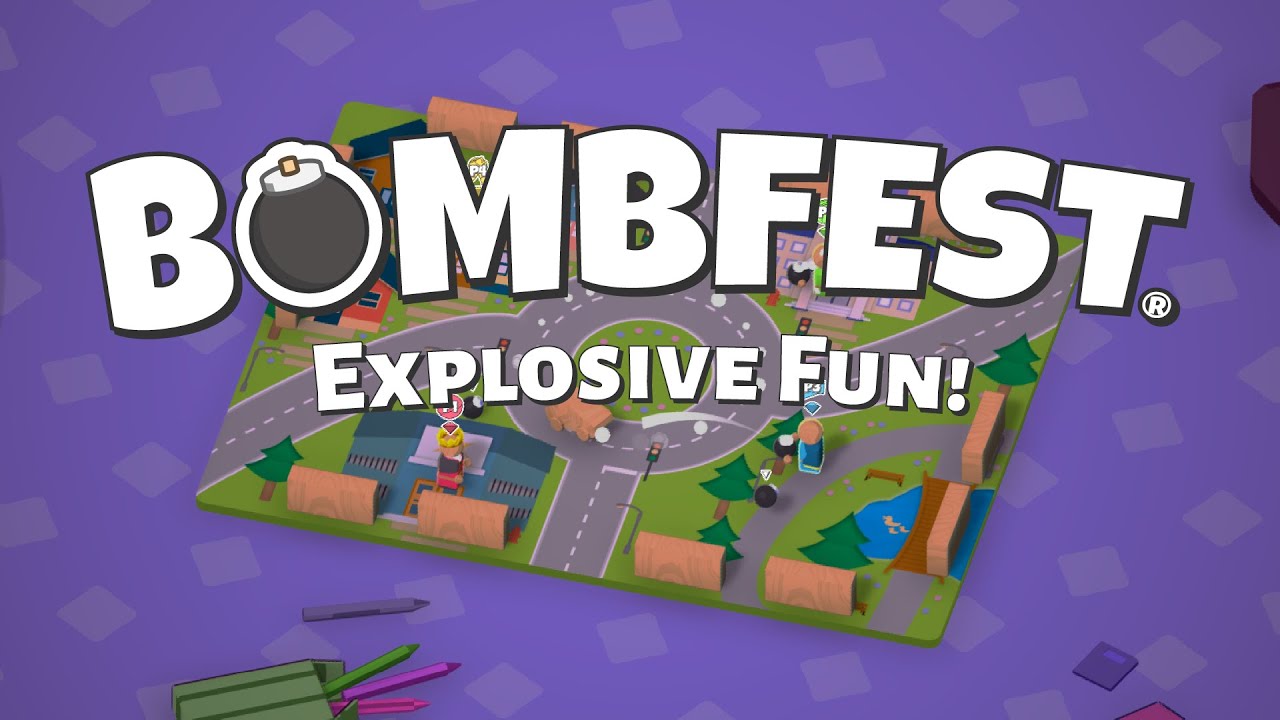 Grab your friends and rain down torrents of bombs on them.

Not a bomberman clone

There are so many Bomberman-inspired party games on Steam that I stopped taking note altogether. It’s always the same, a rectangle filled with a grid of pillars, bombs that explode in the shape of a cross, power-ups to gradually increase the length of the cross. When I read the name BOMBFEST, I first sighed. Then I looked closer and saw that besides the core idea of exploding the opposition with bombs, the rest is completely different and justifies the existence of the game as a unique entity. Let’s see in more detail how it plays and whether it holds up.

As you probably guessed already, it’s a local multiplayer game pitting four players or bots against each other. Each character is a wooden figure capable of picking up a bomb and throwing it with a slight curve, as is displayed on the screen. While this already changes everything, another major difference is that bombs do not kill, they only displace. The aim is to gently push someone outside the boundaries of the level. Finally, it’s in full 3D with the round area of explosion displayed, no crosses to pay attention to. 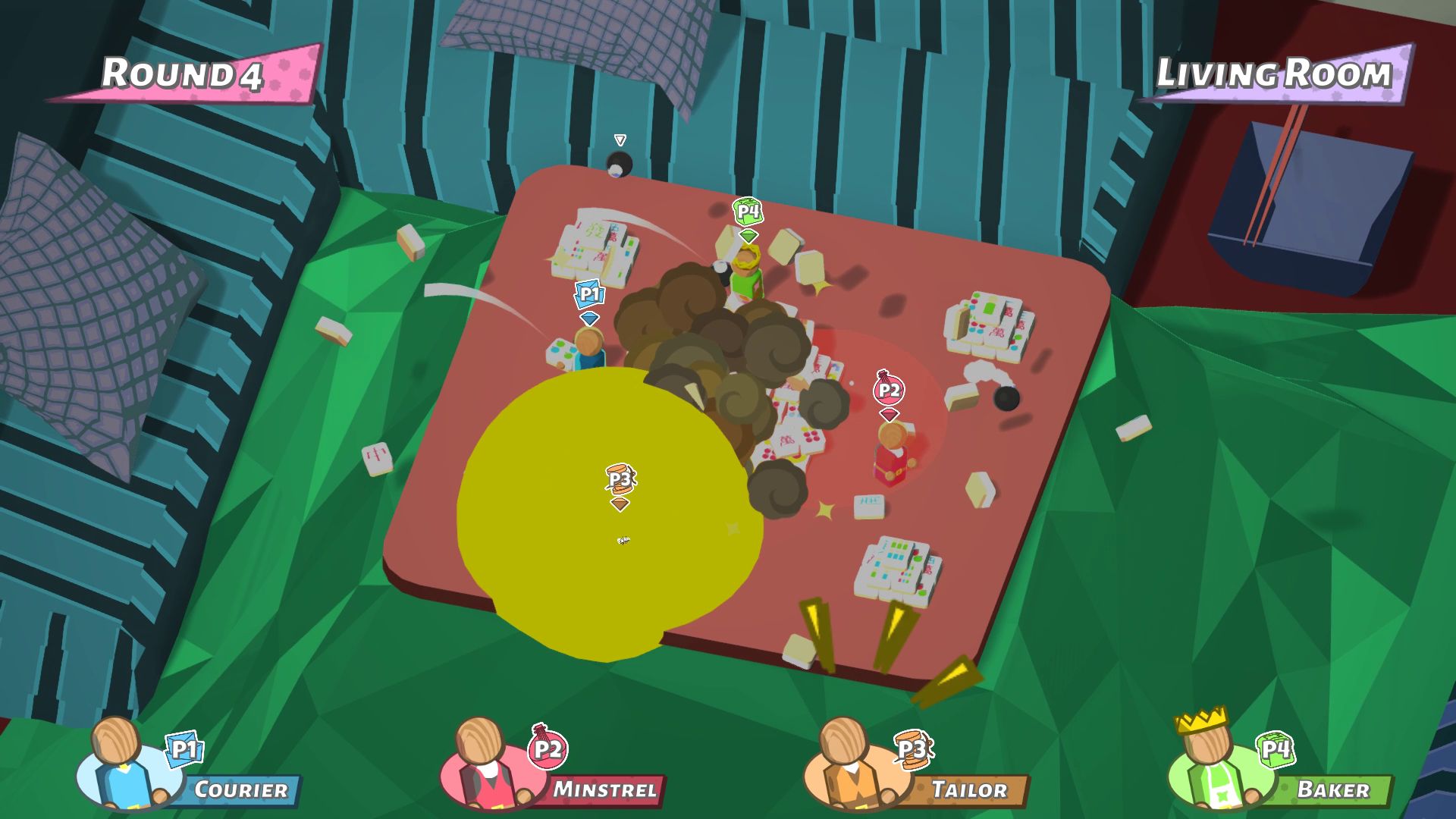 The levels are mostly made out of wooden constructions that collapse as the battle rages. There is a delicious physicality to it all, between the wood that you can almost touch and the crumbling bricks and players that you can displace at your will. This alone made the experience very satisfying. 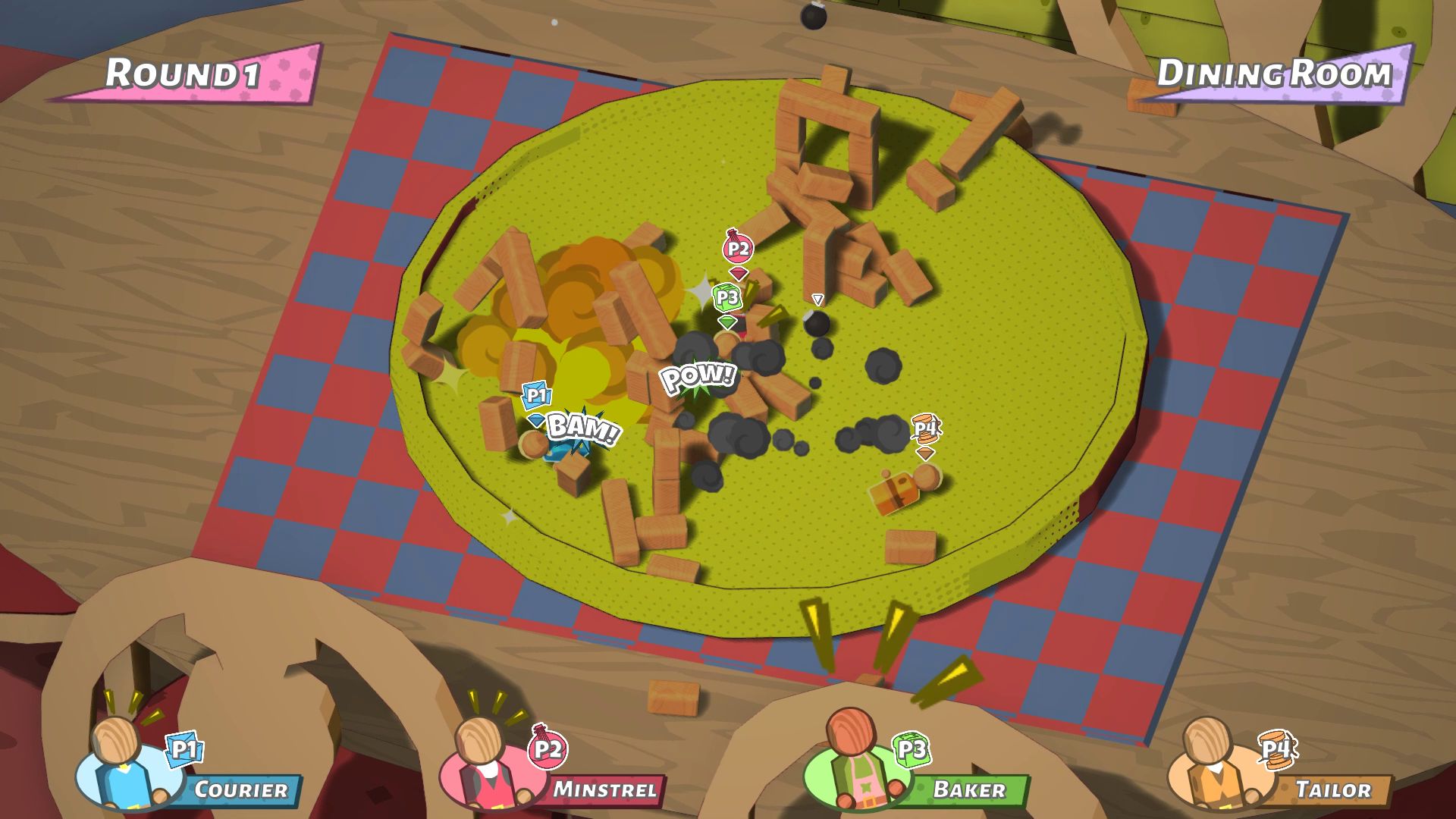 Problem is, even though the basic movements are slow, it doesn’t feel tactical at all. It’s both a curse and a blessing. A blessing because the game is easy to pick up and enjoy, a curse because you don’t feel like you have an impact on the events. You are just spamming bombs over and over, and despite the variety in terms of level layouts, it never plays dramatically different. It’s the same with the bombs, there are frequently new unlocks, but it doesn’t feel like it changes anything. It was a good idea not to drop them all from the beginning and drip-feed them one by one to the players so that they can learn their effects, but at the end of the day, you just throw whatever you find and hope for the best. I would have enjoyed the game more if there was a variant in the vein of Bomberman 64 actually, it also has 3D shaped explosions rather than the usual cross-shaped ones, and it’s a good mix between tactical and action. Still, BOMBFEST remains fun to play as long as it’s for short sessions. 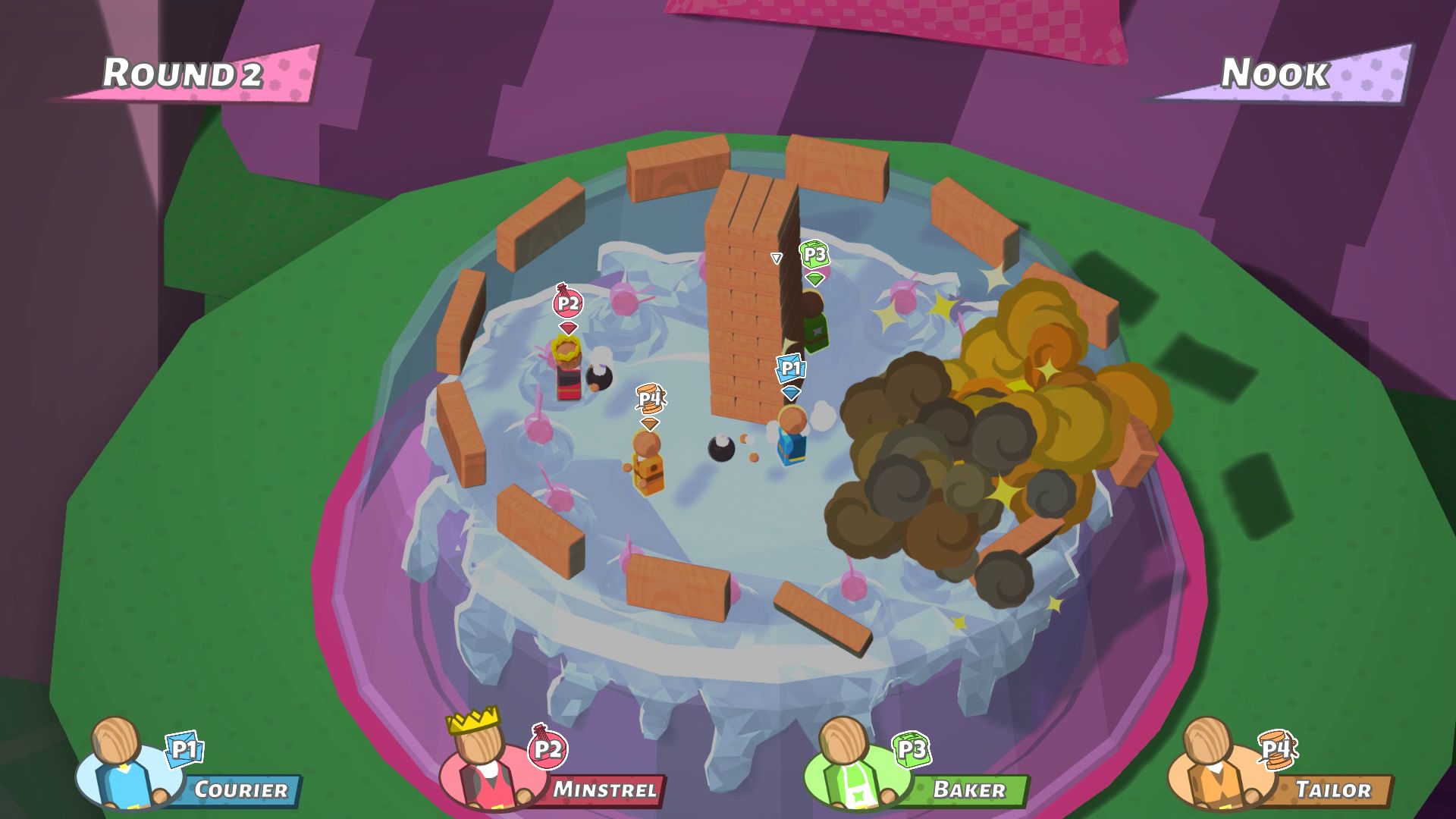 As we have established, BOMBFEST is clearly not another Bomberman-clone, and it also bears a fitting title: it’s a spamming feast of explosions. It’s instantly fun and a perfect game to launch in between two more demanding titles, as it’s very casual and is not demanding of your attention or your skill; which makes longer sessions somewhat redundant as even though the game has a lot of varied content, the moment to moment action always feels the same. Graphically, it’s a treat: every detail is nicely conveyed to the players, and it’s very satisfying to move around these cute wooden pieces.