I will include a disclosure here that in regard to all things related to Bomber Crew and its functional and aesthetic attributes, the actual game review was done by my colleague Zorder. So, if you wish to check out how the overall game is, you can read his review (I personally agree with most of it but would maybe give it a slightly higher rating, so there’s that). The review I am writing here only addresses the DLC itself and nothing more.

So… how is it? It’s a pure expansion on the Bomber Crew experience but with some issues that make me recommend it with far more caution than the original game. It feels like a step back on the formula.

That being said, there’s fun to be had here, and the content is definitely worth the asking price. It’s worth it already just from playing with Hulk Hogan’s theme in the background, brother! (Some classic Vietnam style songs should work too)

The core gameplay, UI, and aesthetics remain the same, so there’s nothing to talk about that already hasn’t already been mentioned. The levels look roughly the same, but they were never the focus as the game plays linearly throughout the levels. While the gameplay is itself the same, there are definitely some new items and content added here: you now use a really big bomber plane (The American B-17), a nine person-crew (that enhances the strategy the original already encouraged) and a couple of new enemy planes and ships. The playable parts (crew and plane) and upgradable like the rest encountered in the main game. 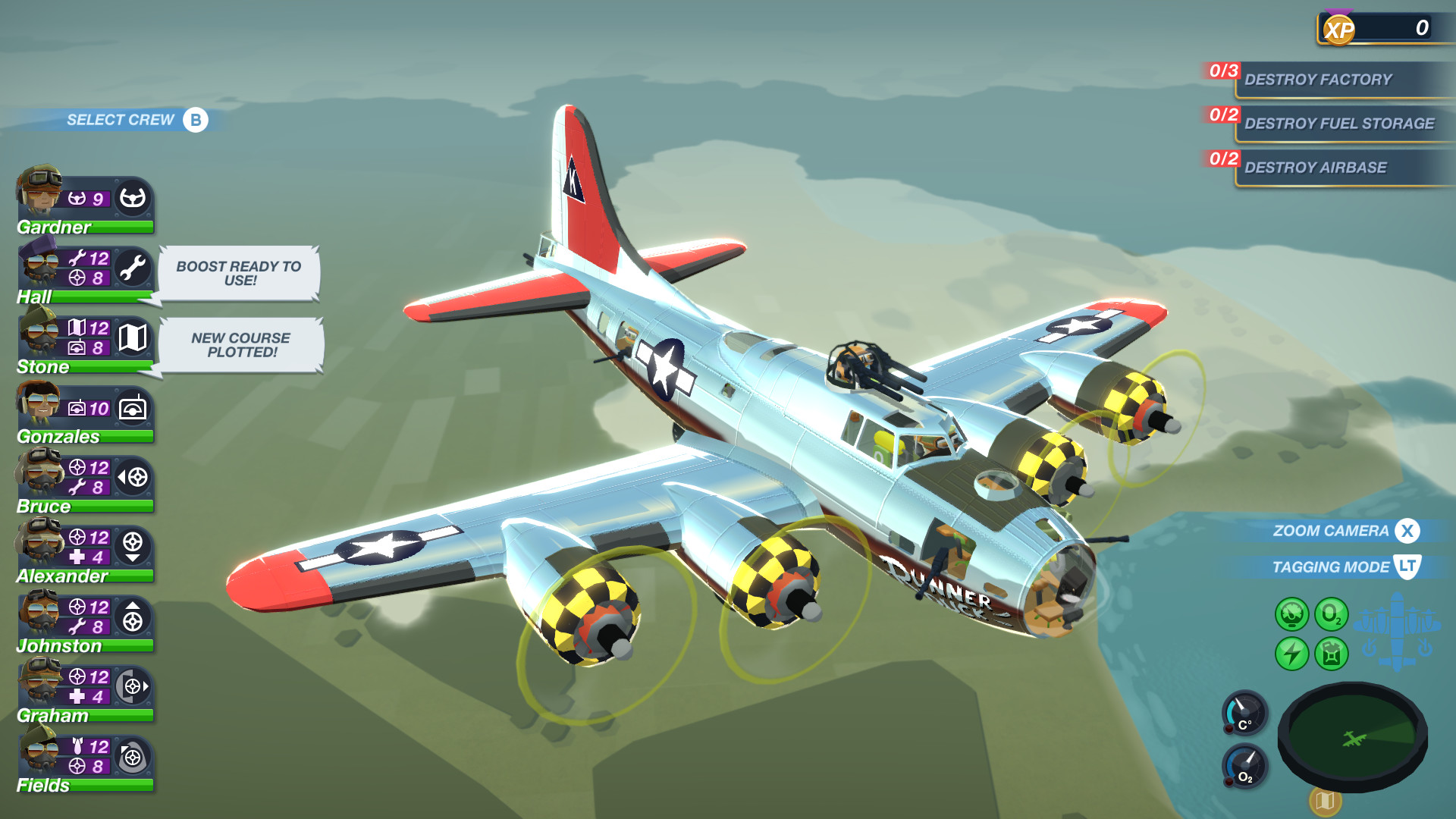 The plane has a substantial amount of gun-power, with seven machine guns that can be manned by one crew member each. The new enemies are a nice change of pace and the new campaign (yep, you heard me, a brand new, surprisingly long campaign was added!) make the game feel fresh at first.

This all sounds great (and to be truthful, it is) but the game lacks direction from the first critical mission (and pretty much after that as well) about how it approaches its difficulty. In the original, there was a decently appropriate rate of enemy spawns and what those enemies were. Here it feels messy and almost infinite, for no reason. It’s hard, but doable, of course. It’s not broken or anything but it hardly feels like there was thought put into it at all. It’s just making it harder by giving us more enemies rather than making you perfect your strategy and tactics. The bigger crew exists for this but it also helps remove the sense of role-playing in the management: you probably have to send more people to the gunning positions than you’d like to be relatively successful, which is unfortunate as this game is very deep in how you can role-play an actual bomber crew squad. Even the added hazards help assert this feel of realism to the whole environment you’ll be playing in. 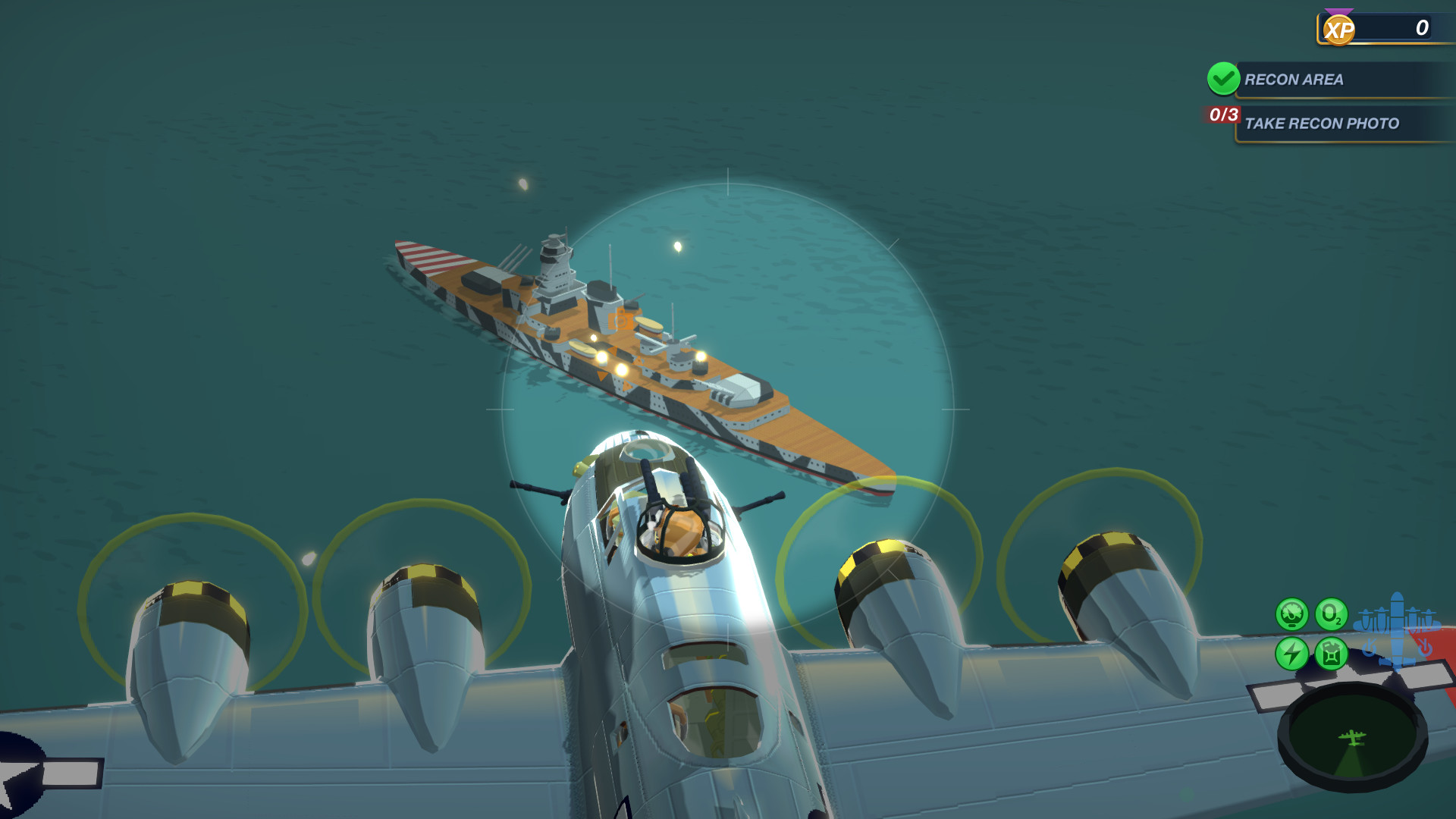 I can handle my hard games fairly well, even the unfair ones and I did the same with this one, but by the end, the fun factor wasn’t that big… at least not even half of the fun I had by the time I finished the original’s Operation Nemesis (and boy, did that push my crew to the limits). I think it’s this lack of pacing or cohesion in the enemy waves in this DLC that ultimately make it feel a bit rushed in the mission design. I say “mission design” because the rest is relatively well done. The crew is made by yourself as is tradition for Bomber Crew, the plane is absolutely gorgeous and a joy to maneuver around and inspect and the upgrades, while maybe a little bit too steep in their prices, are fun to fight for and break a bit of the game’s needlessly fast and illogical mission pacing.

In the end, I have to say that this review ended up a bit too short and it may seem like the negatives outweigh the positives but in all fairness, if you wished for a harder version of Bomber Crew, this is exactly it: the content given is phenomenal, the details in the plane and levels and the campaign itself are pleasant to experience and see the fighting break out around you. That being said, I can’t agree that the difficulty is balanced or it made me keep playing with the same fun I had originally. I’d compare it to maybe XCOM‘s (the most recent ones) Classic/Impossible difficulties vs. Normal: it’s doable but you can’t stop feeling the game is against you in the RNG for the sake of hard instead of actually handing your ass to you and making you realize it was your fault all along and not the game’s. Just keep all this in mind before buying.