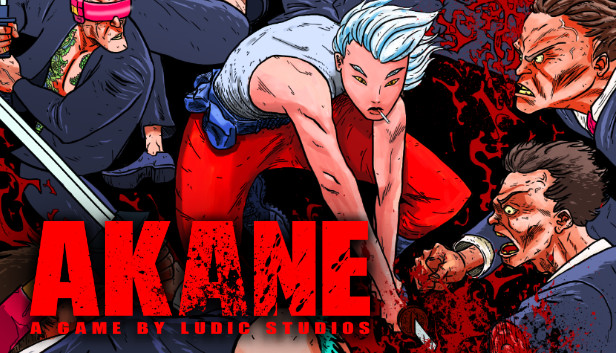 Akira had a long call with Hotline Miami about that baby they made together.

Akira In The Shell

The game takes place in Neo Tokyo with Akira… sorry, I mean in Mega Tokyo with Akane, but the inspiration is clearly obvious. There is some Ghost In The Shell and Blade Runner thrown into the mix as well. The pixel art of this city is gorgeous, full of life and little details, enhanced by great lighting and shadows. The story is only hinted at, Akane is in conflict with the Yakuza, her motorbike crashes on a plaza, she knows she is going to die but she wants to take as many of them out as she can.

The game is played from a top-down perspective, and it’s about as violent and fast-paced as Hotline Miami. Sadly though, it’s just enemy waves in a single environment. Usually, I get bored very quickly in games tasking me to defend an arena until death by pressing the fire button at all times with an occasional power-up sprinkled on top to ward off monotony. 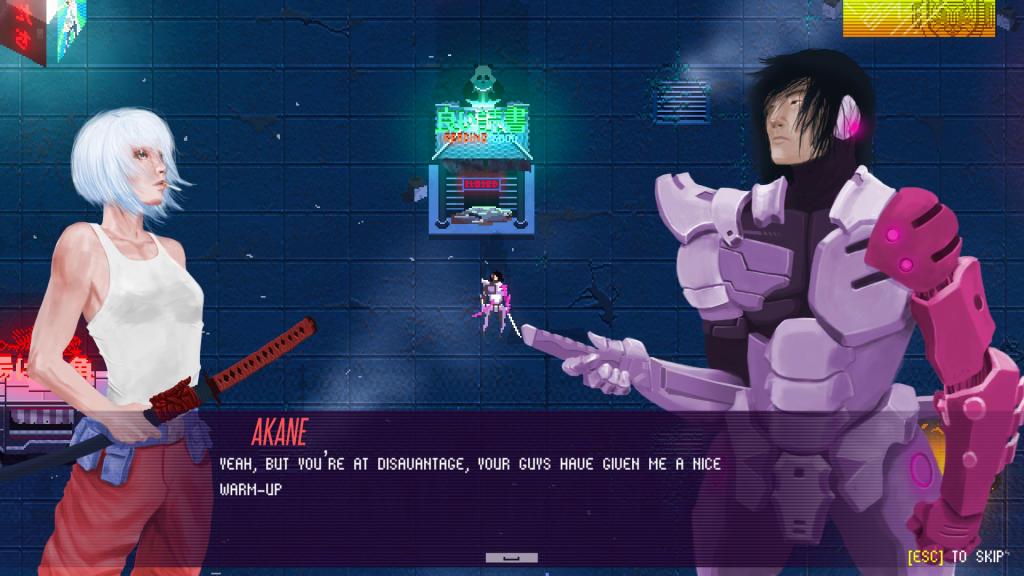 And yet, Akane managed to pull me in, for two main reasons. The first is not unique to this game, it’s just the existence of secondary objectives that unlock gear. This gave me aims such as reaching a combo of 100 or killing 30 people with 100% katana accuracy. What’s interesting is that the unlocks are not just a basic stats boost, they’re weapons that can change how you play the game, such as a shotgun, an Uzi, a Blade Runner’s blaster or Blame’s Gravitational Beam Emitter. 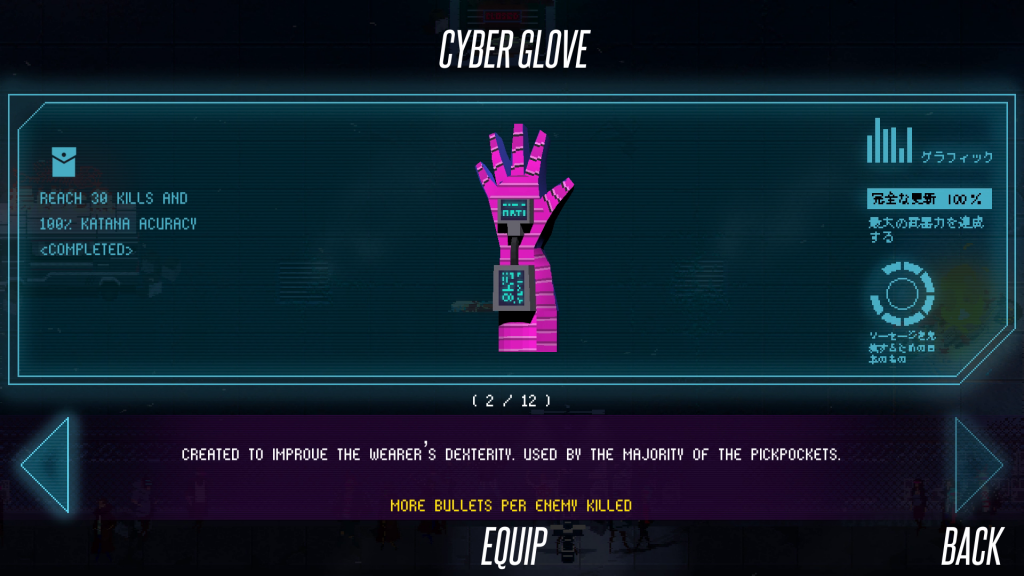 The second reason why I clocked about 10 hours in this game is due to its superb game mechanics. Under the character, there is a stamina bar related to katana usage, but it does not empty within a second and it’s not hindering in any way. It’s only here to prevent players from spamming the attack button, to force them to alternate with the ranged weapon. The ranged weapon has limited ammo, and it reloads when the player slashes enemies. Do you see the subtlety? The game’s systems allow you to avoid falling in the usual pitfall of only maintaining the fire button and doing nothing else, here we are forced to switch between completely different attacks. To report on flaws as well, there is no audio cue to indicate that the weapon is getting reloaded, and right after killing many mobs the game can sometimes lag for a brief moment. 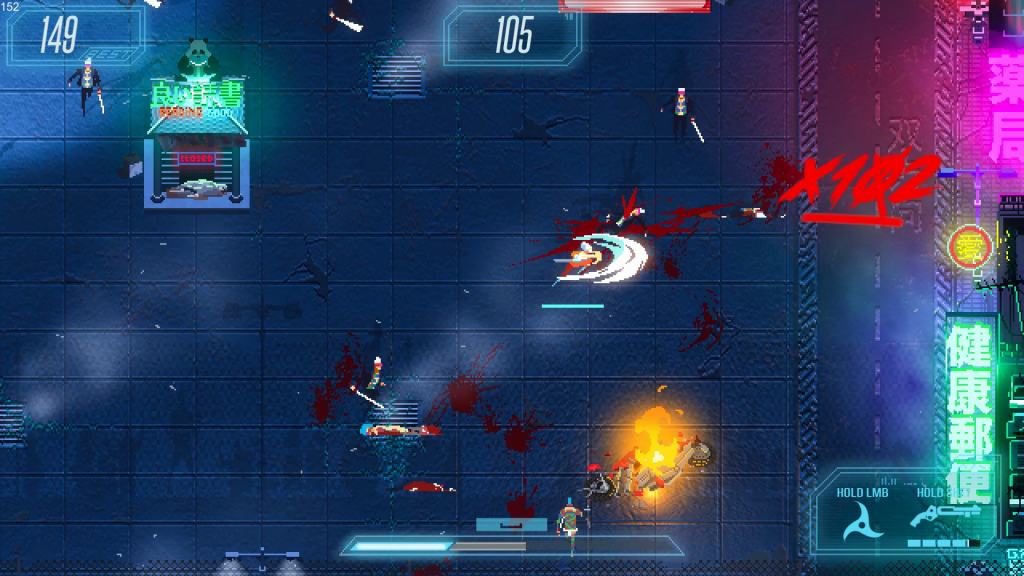 Another subtlety is that it’s not possible to shoot while moving. It’s mandatory to keep pressing SHIFT to stand your ground and pull the gun, effectively replacing the katana on the left mouse button. Considering that Akane dies on a single hit, it’s not advised to stop right in the middle of a pack of enemies, and it’s important to manage the shooting part very carefully while knowing that every single movement matters and every single shot counts. There is no room for mistakes, and it’s not possible to play this with your brain turned off. The game requires your full attention, and it’s a way not to get you bored. 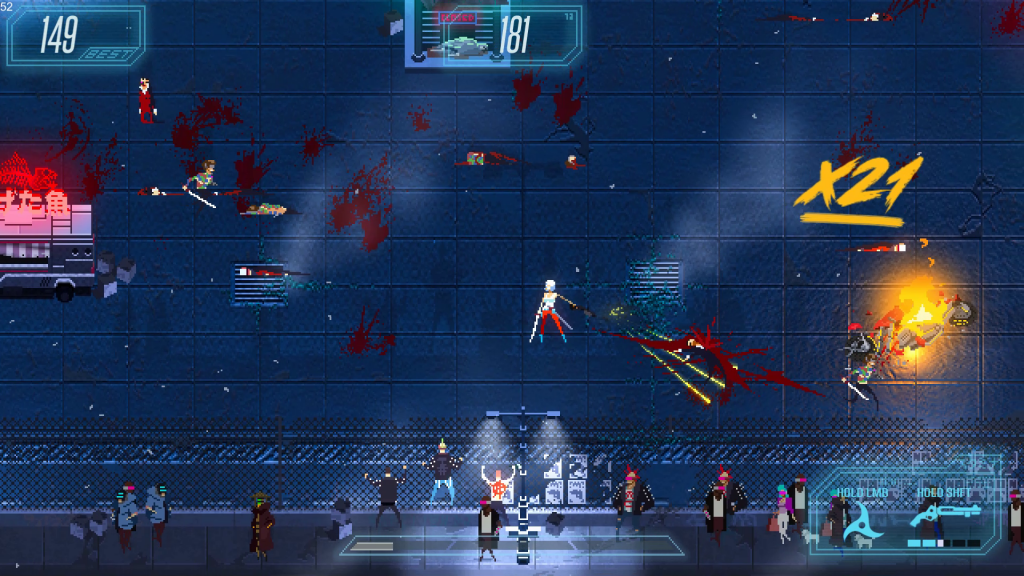 The whole game is a death ballet that requires a lot of precision, and sometimes special enemies show up and make you miss a step and lose your rhythm if you were not perfectly prepared. The assassins require you to anticipate their trajectory, the tanks take a few hits and can offset your combo, the shooters can force you to parry instead of keeping up with your attacks. Their positions can also make you take very dangerous risks when you plan to kill them. 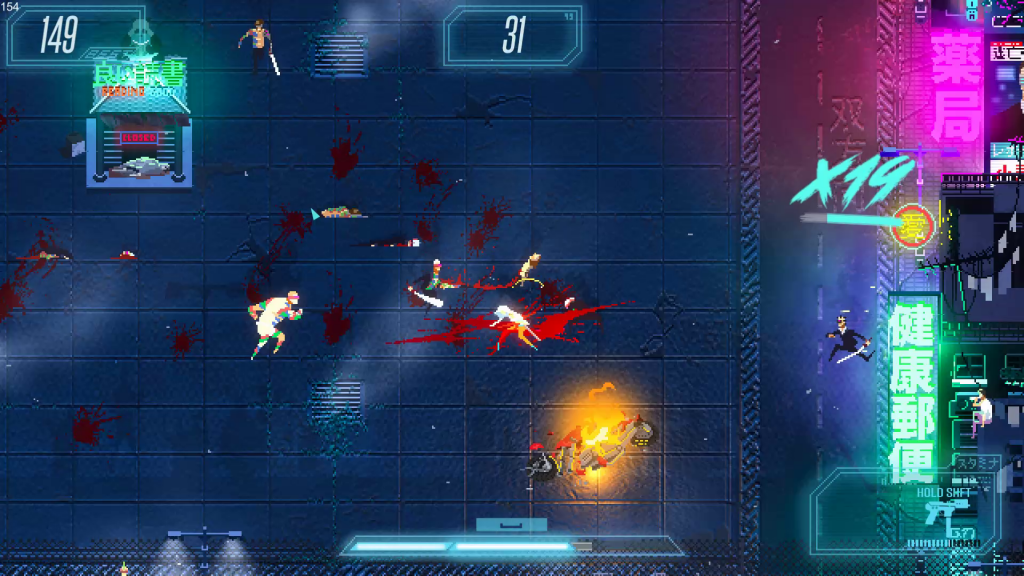 In addition to this extremely solid foundation, there are a few more possibilities such as a dash that does not use stamina on the right mouse button, and a parry on the middle mouse button that reflects bullets. Then there are special katana attacks, such as a spin attack, a lengthy devastating dash or an ultimate power that clears the whole screen. These special attacks are charged by keeping the combo meter up, which forces the player to keep attacking and take risks rather than fall back and defend. The result of all these systems is an ultra-dynamic game, carried to perfection by an ultra-fast character, whose controls respond perfectly. On top of that, with the dark synth music track playing in the background, the player quickly enters that sought-after sense of flow and focus that some great games manage to achieve. 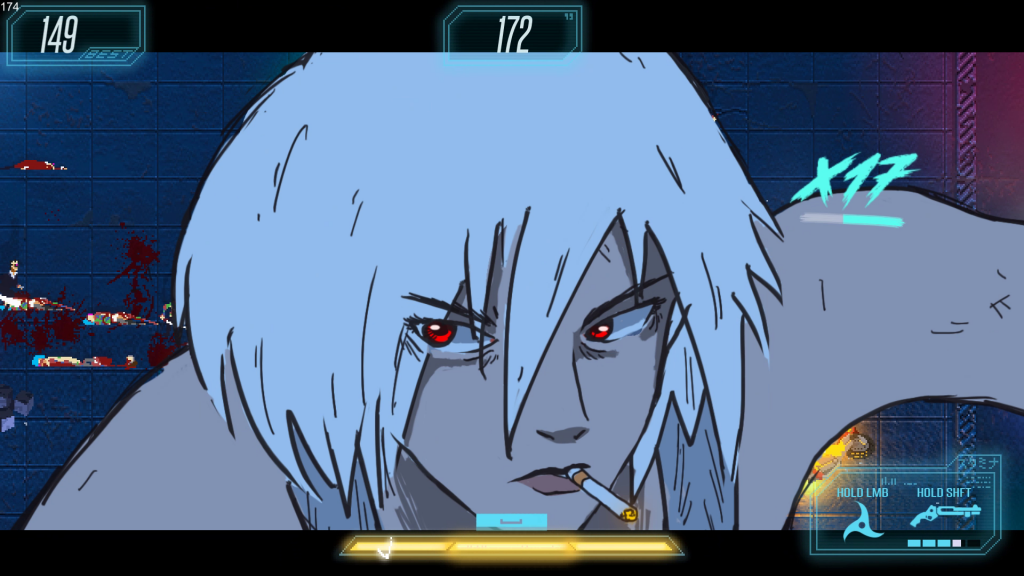 The core of this game is superb, it’s just a shame that it only takes place in one arena rather than a full-fledged adventure. There are special enemies to fight in a different manner each and an increasingly strong boss met every 100 enemies, but it’s too minimalistic for this game to become a popular must-have. I would have loved a complete adventure in this world and with these game mechanics. I hope to see that in a sequel if this game becomes successful. 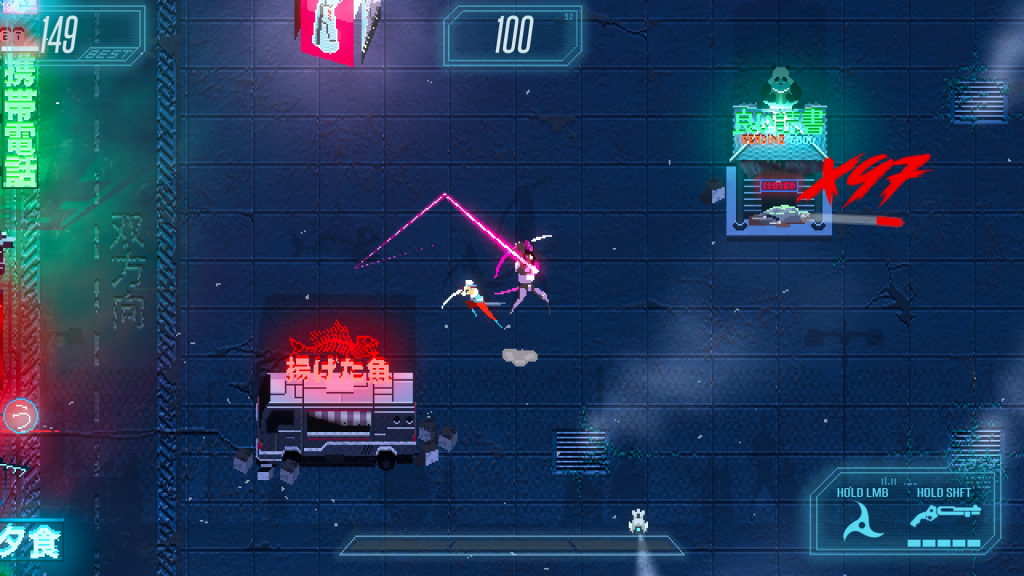 If you enjoy super difficult games and you are not bothered by the fact that there is only one single arena, go for it, Akane is a marvel and at that price it’s a steal. In this game, the killing has to be earned and it’s extremely satisfying to pull it off. Playing this gem is mesmerizing, always between the edge of intense focus and exhilarating violence.