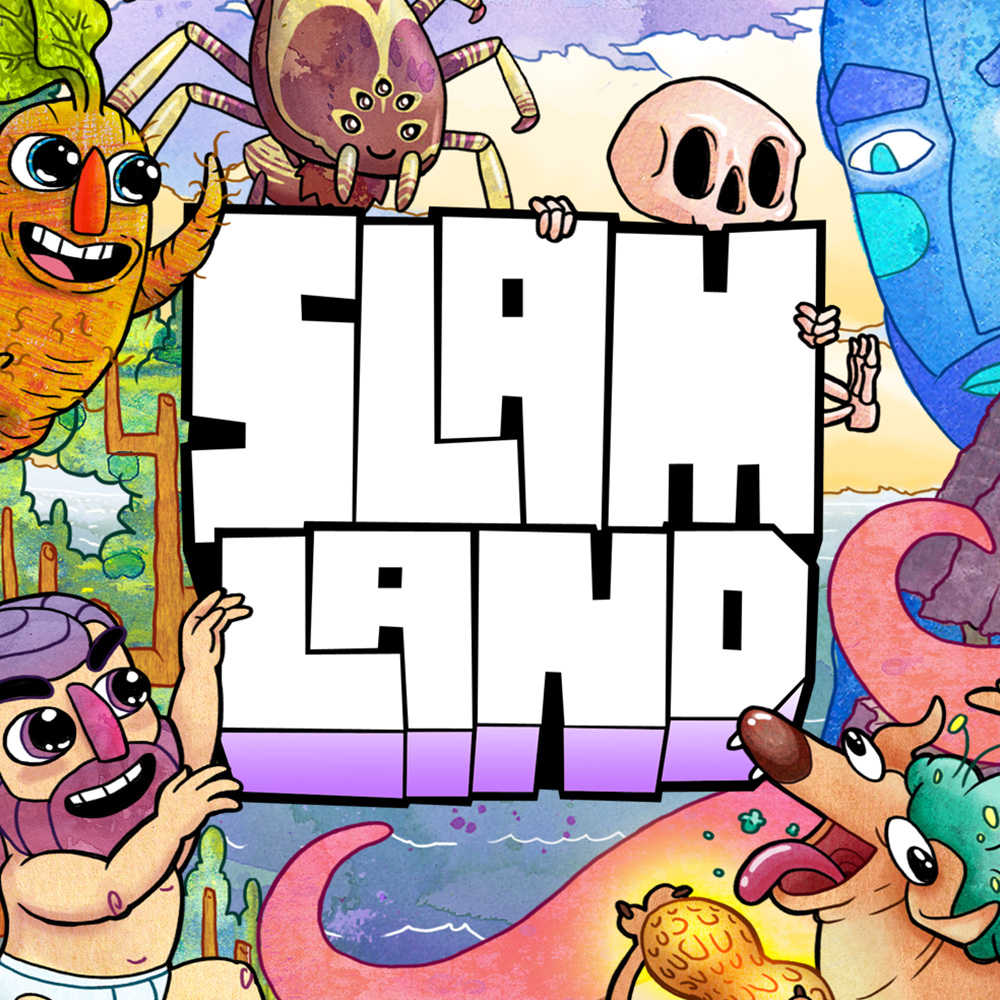 If you can’t find a basketball to play with, just dunk your friends.

Birth of the game

The 4-Player games season is in full swing when a new contender drops onto the field.
“Enough death,” it said. “Let’s settle this with a sports game.”
“But, we don’t have a ball?” I asked while looking at its distorted face suspiciously.
“It does not matter. We can use each other as a ball, or… what are you eating? Peanuts, we can use peanuts. And the garbage here. Let’s use that. We can dunk anything in the black holes that my God provides,” it replied with shiny stars in its eyes.
“Wait, who are you?”
“I am Slam Land. Please to meet you. Are you going to finish these peanuts?” it inquires as its face transforms into a twisted triangle salivating what looks like mud.

Slam Land is a local only multi-player game that can be played from 1 to 4 players, with the possibility to add bots to fill in the ranks. The objective is never to directly kill an enemy player, but rather to score points in several types of game modes. The common thread is that bright holes appear on the level, they are the goals by which to score whatever is required to be thrown in there. 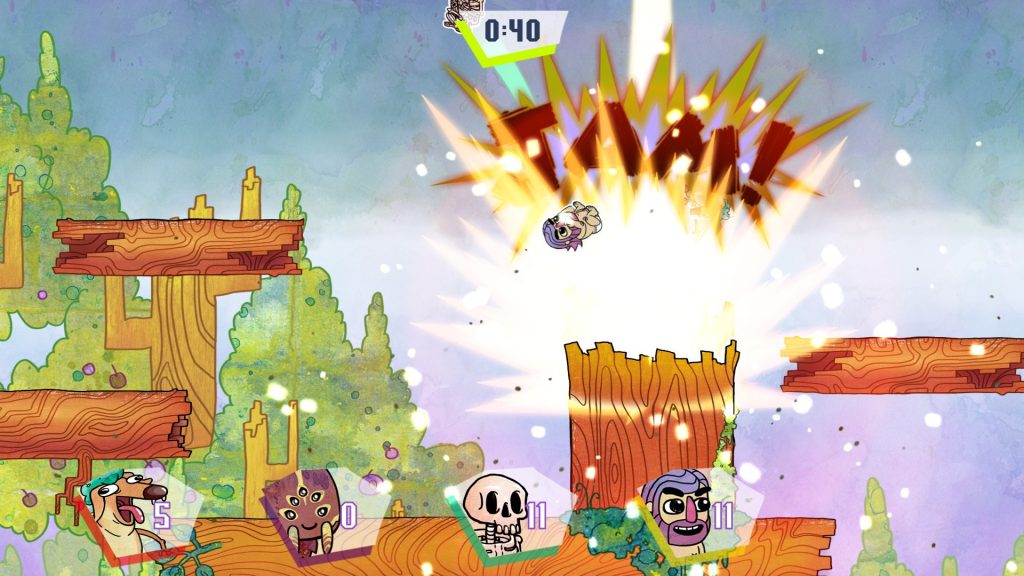 Each time you start the game, a short tutorial will explain that you can jump and double jump with A, pick up and throw stuff with X. I like that, except that it is deceptively simple and fails to show that there exist two more buttons: Y for a punch and the shoulder buttons for a dodge roll. It works well enough, but I was disappointed not to see a whole jump because we sometimes felt helpless when hugging a wall. However, my biggest complaint is that it is hard to get an idea of what the hitbox of the grab move is, and, while grabbing in the air, the character does a small dash and then stops dead in their track. Besides that, sometimes when grabbing something, the character keeps rushing in that direction. These moments when the characters are having a life of their own without mimicking perfectly the input of the players are a bit off-putting and can cause awkward frustrations. This is basically the only gripe that anyone who tried the game with me had, and the only thing that prevents me from giving this game a direct SAVE recommendation. I also wish that it was possible to rebind buttons, at least for the keyboard. 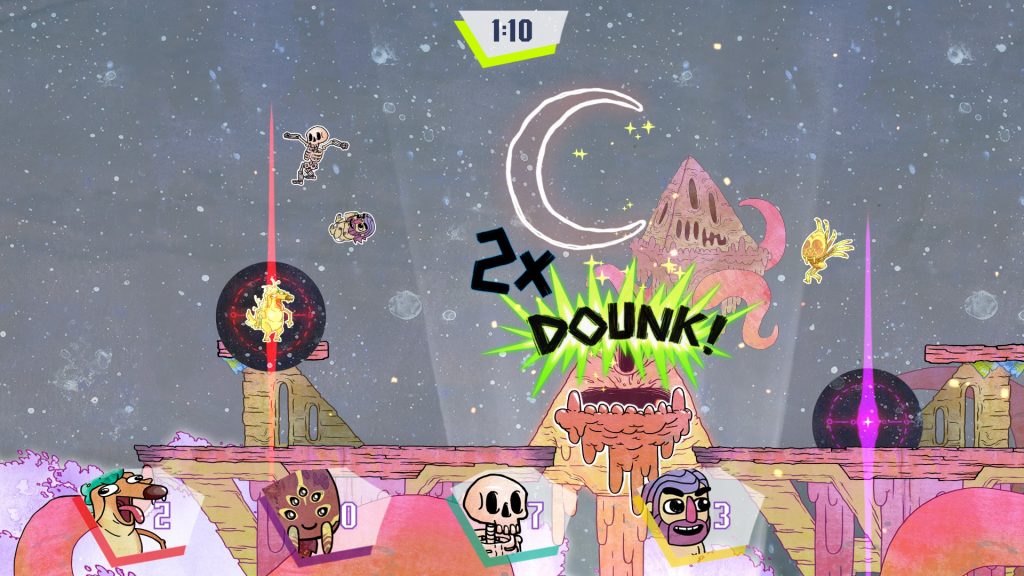 Ten levels are included, and since the scoring portals can sometimes change position, it does not feel that the game is lacking content. The most basic game mode of Slam Land is to catch other players and score them into the goal. Then there is Garbage, which fills the map with garbage, and whoever scores the most wins. Another mode is HORSE mode, with pieces containing a letter of the word HORSE randomly appearing, and the first player to complete the word by throwing pieces in the goal wins. Finally, the craziest of the bunch was Peanuts mode, which requires people to throw a peanut in the bright holes to score points. Holding the peanut increases its points value over time, which adds a layer of tension as players have to decide whether it’s worth holding on to it a little longer or risk another player grabbing the powered-up peanut and scoring it. 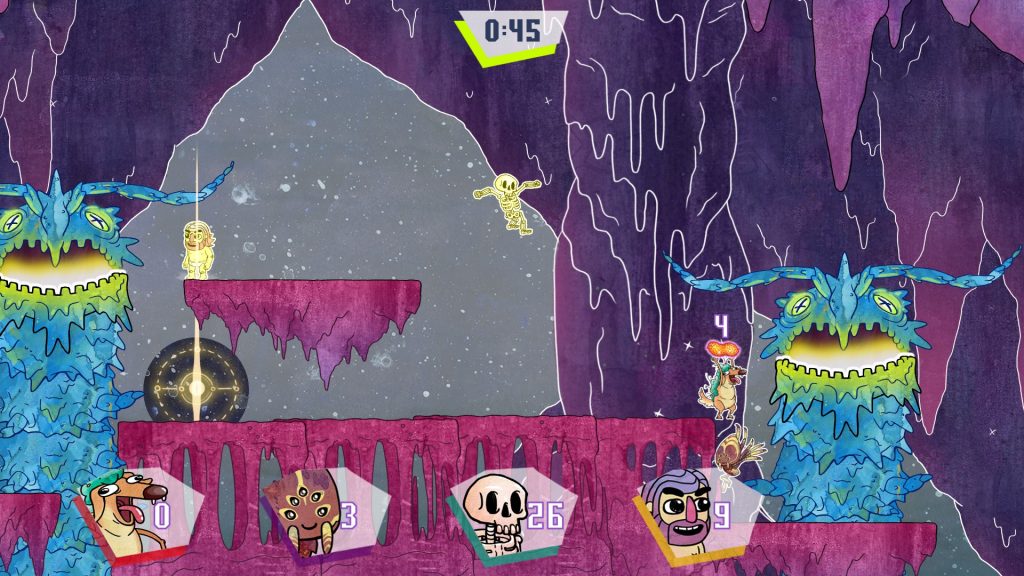 The game determines a winner after several rounds, but the score from each individual level is summed, rather than simply a player gaining a single point per win. This system is a bit unfair, as some game modes give more points than others, making their winner get a lot of points that then can’t always be caught up with. 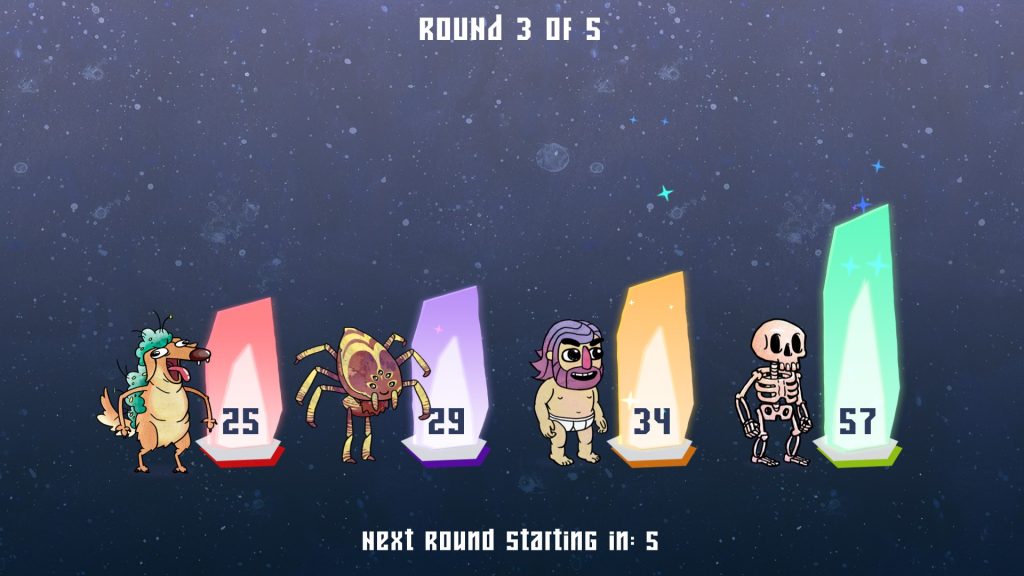 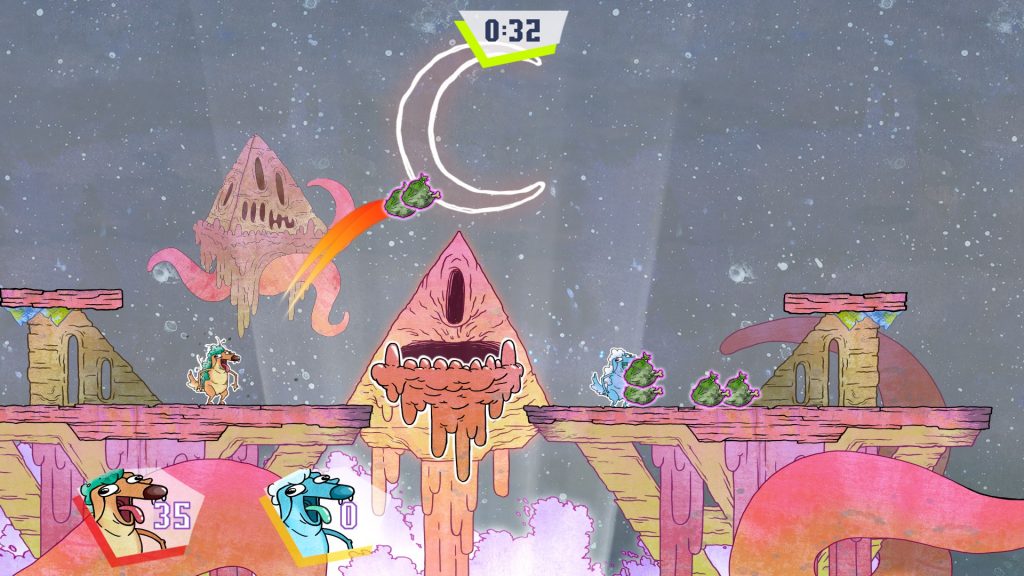 The art style is gorgeously bonkers and well animated, with great additional effects to render the action as dynamic as possible. Just by looking at the game, it’s hard not to be cheerful, a feeling that is even better communicated when the game is in motion. 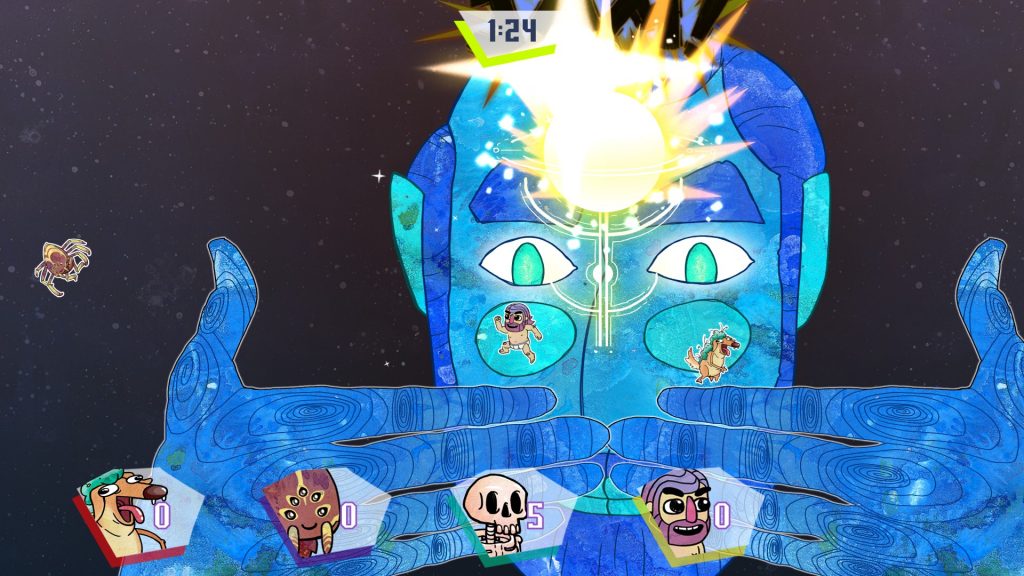 Slam Land falls a little short in the feeling of the movements, but it makes up for it with original and fun game modes that are a refreshing change of pace from all the fighting games. Combined with a beautiful art style, it’s cheerful fun to be played with friends. There is enough variety to keep you busy for quite a few sessions now and then, and the game is cheap.