The real horror is only having frozen lasagna to eat.

If there is one milestone I looked forward to when I was young, it was the day I would be deemed trustworthy and old enough to be home alone. When that day came, the time of having babysitters finally ended. However, this came with a new realization, the usual noises I hear could and would be categorized as scary. The same noises that you hear when someone is with you can suddenly seem more sinister when alone. Is it just regular house noises or is someone trying to get in?

You, as our dear protagonist, are in this same situation. After a long day in class, you come home to an empty house due to your parents visiting your grandparents for the weekend. Shrugging off some lonely feelings, you grab some lasagna, sadly not the good kind, watch some old TV shows and movies as you doze off into sleep. Oh, if only that plan worked out. Startled awake by strange noises that could not possibly be the house settling, you decide to explore and just hope that who – or what – ever caused the noise isn’t trying to murder you. If only you knew what was waiting, perhaps you would have settled for staying over at a friend’s house? You search around your house, trying not look at that painting that gives you headaches (actually do, it’s a save point), and find out that the doors are suddenly locked. Some lights are also not turning on and now even the batteries are mysteriously removed from the TV remote. Well, you might as well find those keys and look for the batteries.

Without Escape does do a surprisingly good job in making you want to see why all this is happening. Even just by playing the demo will rustle up a desire to see what comes next and what this mysterious alternate dimension is all about and find out why this is happening to our dear protagonist. However, story-wise it really falls apart when you look at it more, especially the ending as that honestly comes out of nowhere. Nothing really points to the ending and it really could have worked better if it was hinted throughout.

The puzzles are pretty easy. For the most part, you are just finding keys that lead to the batteries you need to get past the beginning area. Other than perhaps the placements for these, there is one area that just doesn’t make sense, the picklock. You’d think any door would be opened with this picklock, but it just acts like a key that has a one time use. The solution could have just been that only one door has normal locks while the others required weirdly shaped keys. Past this, you have a couple more scattered around that are easy to get past once.

There was one puzzle that is, well, puzzling on why it was implemented the way it was. Later in the game, you will come across a puzzle where one of the steps is to change the water temperature to the same number as an element’s atomic number. However, unless you memorized the periodic table you have to take yourself out of the game to find the solution as there is no periodic table laying around. There really should have been one in game so players would not have to take themselves out of the game just to look up a vital part of a puzzle.

And on this, there really should have been more images that were close ups of notes and such. Just having bare text simply doesn’t cut it sometimes. When you want to have a note with stains that makes it difficult to read, why not show it rather than describing it and using symbols where the stains would be hiding letters. I do kind of see why this so, considering this is a puzzle with a changing element with each playthrough, but it is the only puzzle that changes. If Without Escape also focused on speedrunning, it wouldn’t have made much difference if the element never changed. Weirdly enough, the first clue in the game, being a note with a number on it, does get the treatment of being an image that you can view. I wonder why it wasn’t followed up through the rest of the game. 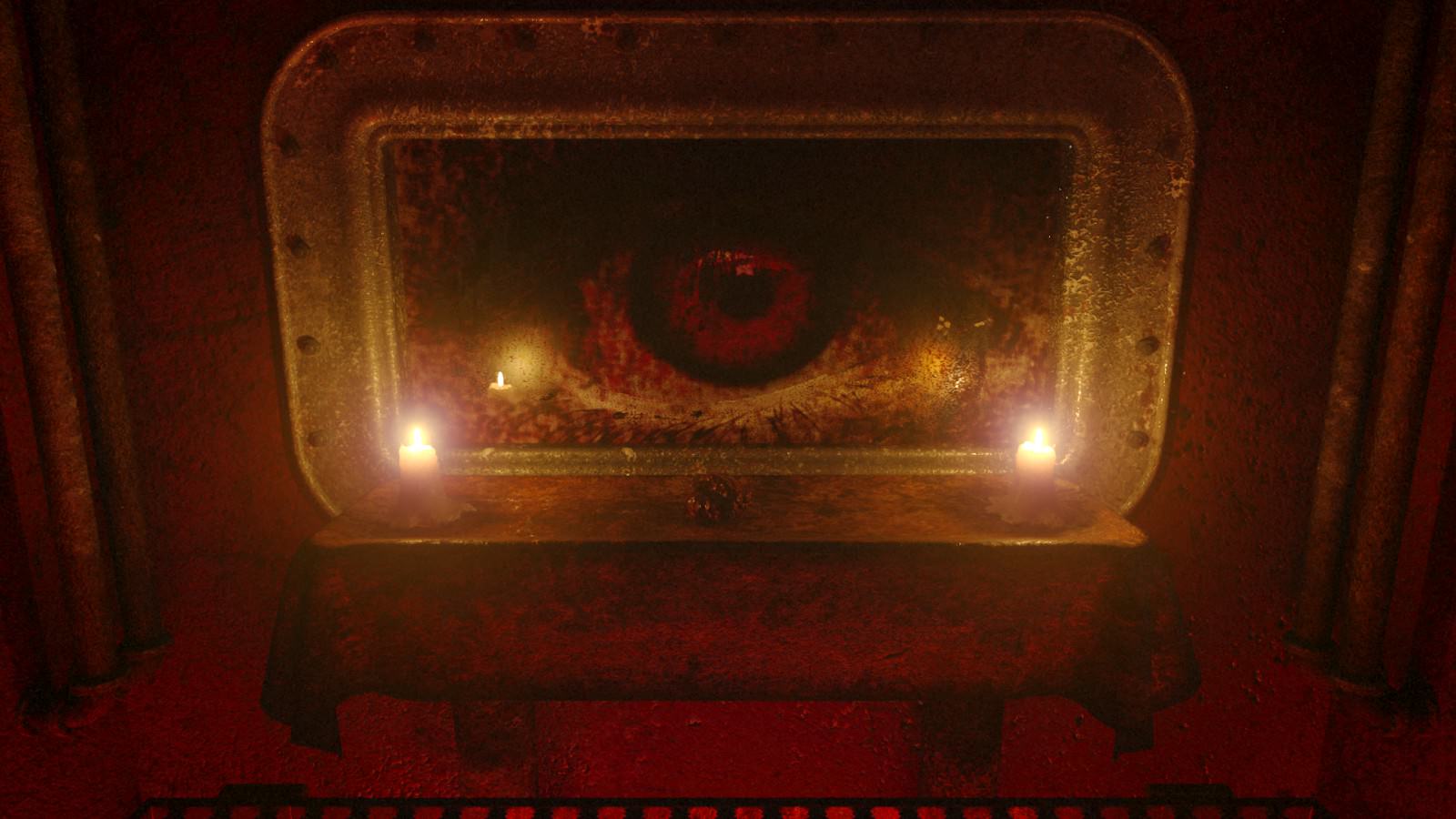 Without Escape does look nice and there are some short cut-scenes implemented. The soundtrack goes along with trying to keep a mysterious, yet sinister, setting as well. If you play for long enough, you might hear some disembodied sound effects. I’m not going to lie, but I totally freaked out over hearing light clapping. Ironically, I was home alone at that time, before I realized it came from the game.

Without Escape is one of those games where it just hits a middle ground. You can’t really get mad as it does succeed in what it set out to do, but at the same time some elements just bring it down. If you enjoy point and click games and don’t want to go through difficult puzzles, I say sure try it out. There are six endings you can try to get and if you like speedrunning, Without Escape has a leaderboard that keeps track of who finished which ending the fastest (which, in hindsight, can explain why the story is weak). I do suggest waiting for a sale though.