This high school RPG is funny, surreal, and unique.

And You Thought Your High School was Weird

A common complaint about games these days is that they’re a bit homogeneous. Even games that aren’t a part of some big established franchise can feel like they’re just trying to cash in on previous successes in some fashion. Truly unique games feel very rare indeed, and now that Steam has gotten big, it can also be hard to find thanks to the dozens of generic games that come out every day.

That’s why I’m so pleasantly surprised by Super Daryl Deluxe, a game that very much does its own thing, and doesn’t care much about following trends. Which is a bit funny, since its setting is a very tired trope indeed: High School. You play as the titular Daryl, a freshman at his local secondary, Water Falls High School, who’s just trying to fit in and make some friends, which is a bit difficult since Daryl is kind of a creepy guy who never says a word. Luckily two of your classmates are all too happy to extend an olive branch, provided Daryl do a few small errands to get their totally legal textbook business off the ground.

He’ll have more than enough time to do that, because classes are cancelled for the moment at school, and have been for about three weeks. Considering classrooms open up into spatial tears or pocket dimensions, giant rats are roaming the vents, and Death is out and about on the grounds. This isn’t the most normal school, or the most normal universe, as you’ll slowly find out going through the game. 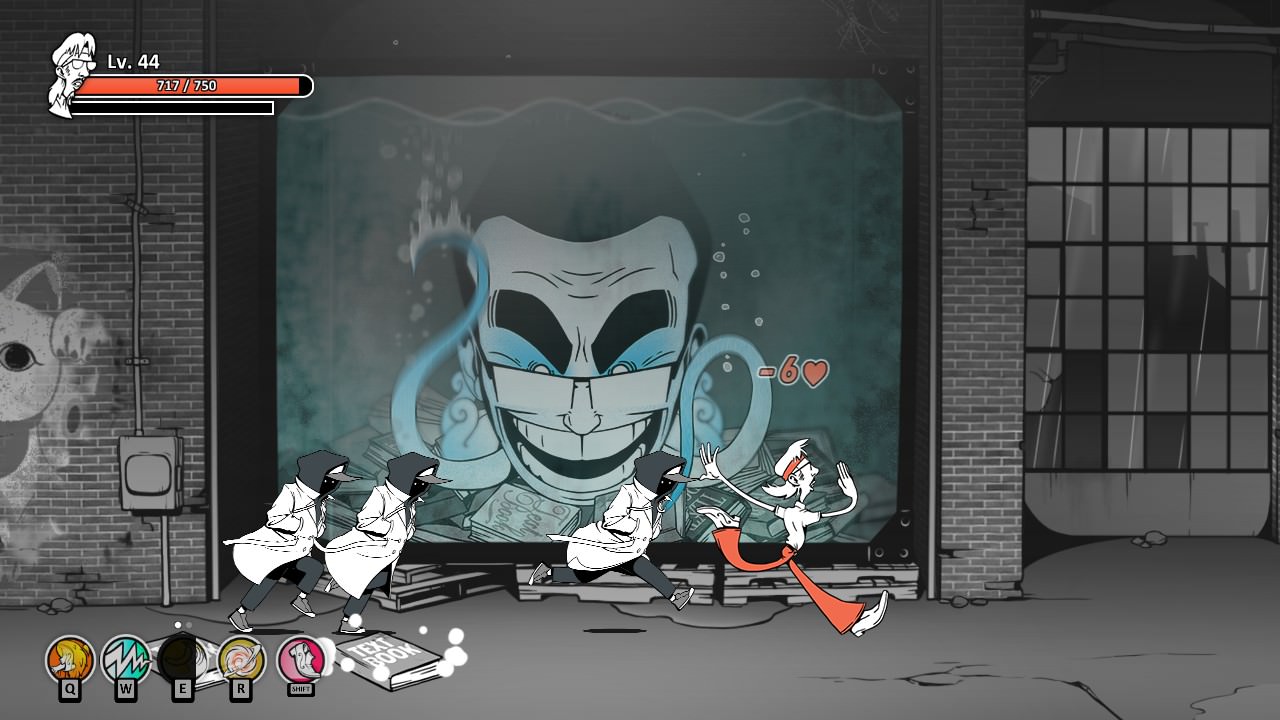 The gameplay in Daryl is a side-scrolling platformer game, with you moving throughout large maps, separated into several specific areas. That might sound familiar, and the creators actually call the game an ‘RPGvania’. The description is fairly accurate: there are optional treasures you can go back for, and a lot of quests you can undertake from your fellow students.

Naturally you’ll run into enemies, and the combat system in Daryl is a good one. You can pick from up to four moves with their own cooldowns that all do different things, from simple combo moves to stronger hits, to putting down traps. Some moves stun foes while others lift them into the air, so there’s a lot of freedom for juggling enemies and chaining attacks. Equipment too has a lot of options, and is fairly balanced. Some items with less stats have passives that help you out a lot, and there are even item sets to find. 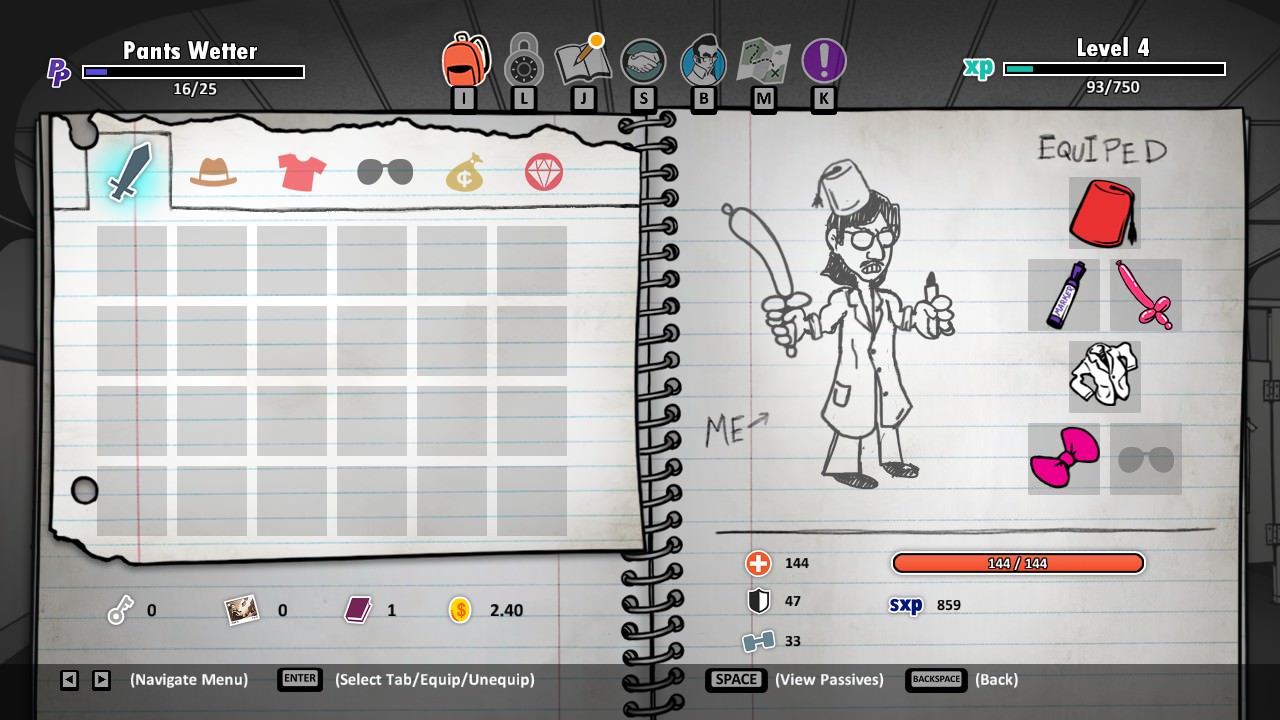 Now all this would make the game pretty fun since it controls well and has some variety, but it maybe wouldn’t be truly memorable. What pushes Super Daryl Deluxe to being a very unique game is the presentation and art style. As you can see everything in the game is hand-drawn, making it stand out among the various pixel-art titles around it, and it’s also presented in a surreal style: faces are exaggerated and there’s a strong emphasis on black and white over other colors, making it look like an independent comic at times.

This fits with the game’s tone, which is comically cynical. The main character is more than a bit of a creep, and only really blunders into the plot rather than trying to seriously investigate it. Your main allies openly call you repulsive and are basically criminals themselves – a common reward from them are combinations to other student’s lockers, which you ransack. That’s the kind of tone you can expect for most of the game. 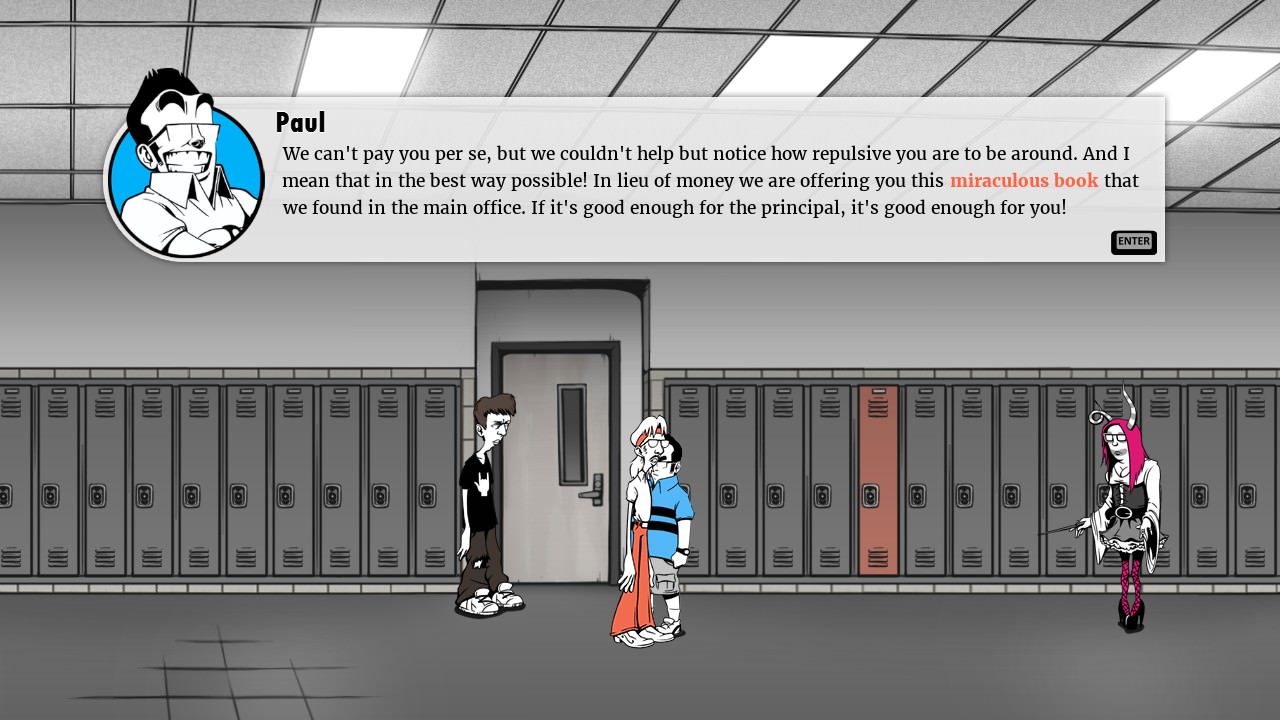 If the game went too far with that I’d find it unpleasant, but balancing this is that Super Daryl Deluxe is an extremely funny game. That’s something games can often struggle with without ending up irritating, but this one nails it. Given the setting, you might think it would do this with a lot of references, and while there are a few it generally just relies on the characters doing or saying funny things. For example, a recurring sidequest in the game is doing various errands for your employers, typically involving finding something or traveling throughout the school. After a few like that you’ll find another that says, verbatim, “Give us a hundred dollars”. 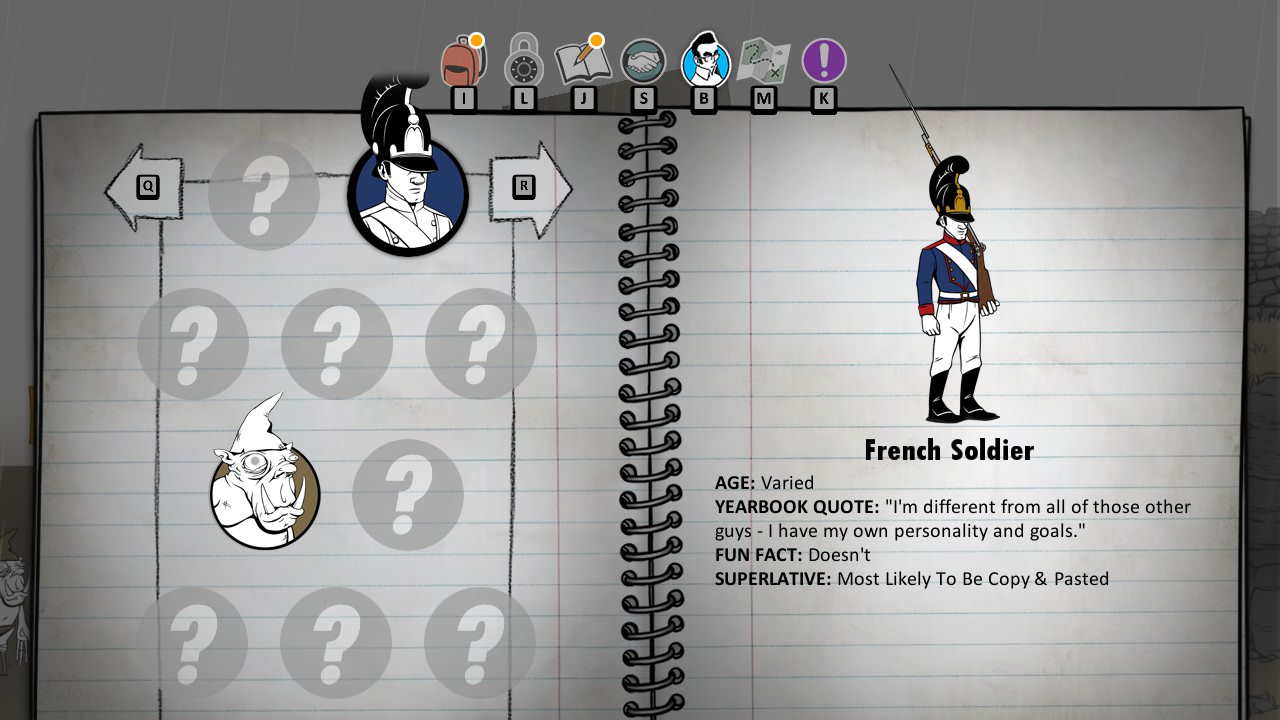 As for potential flaws in the game, I can’t think of many. I did suffer a crash finishing the game’s tutorial, but that didn’t happen a second time and I haven’t found any others. That’s a good thing, as the game doesn’t auto-save, something it tells you right away. Save points (washrooms) are plentiful and restore your health, so as long as you don’t neglect to use them often you’ll never lose too much progress, but it’s something that could trip people up if they’re used to not having to worry about that.

Super Daryl Deluxe has been a real pleasure to play, and shows that even these days it’s still possible to find a game that feels unique. For that, and just being a very fun game to play in general, I have to give it a Auto Save.