It’s just one big VR IN THE SKY, MAN.

Imagine waking up one day and not remembering anything from your past. Everyone and everything you knew is gone and foreign. Your whole history and accomplishments tied to you are only known by others. You can’t rely on yourself on remembering who or what to trust as others can easily manipulate you. Did you really know this person? Can they really be trusted? Who can you trust? Jonathan Campbell, the very man we play, is in this exact position.

We don’t jump in right after Jonathan lost his memory, instead we get to see a small memory to get a sense of his character. Despite their major advancements in technology, there is this mysterious sickness that is not detectable till it is too late, dubbed The Sickness. Anyone can get The Sickness, and sadly Jonathan’s wife suffered from it. As a scientist, Jonathan sought to find a cure before his wife became one of the many victims, but before long she died in the middle of testing a cure. Now she is dead and gone, like she was never part of the living in the first place. 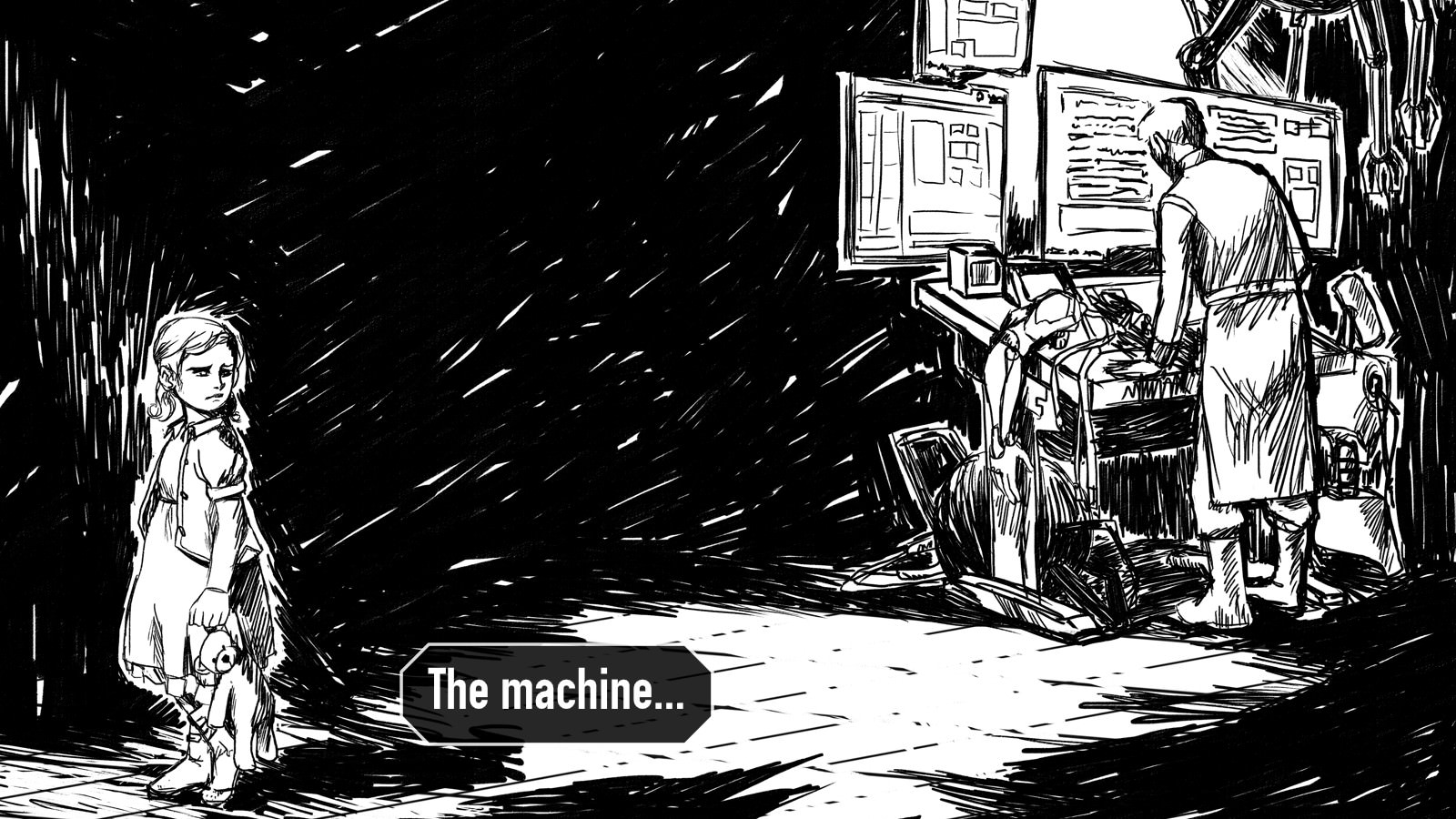 With a basic understanding of Jonathan’s character and motivations, we suddenly get a rude awakening. Blinded with no memory of what happened, Jonathan is quickly approached by someone that quickly restores his vision. The person who helped him? A nurse AI named L whose main objective is to help those in need…or that’s what she claims. On top of his lost memory, the utopia he lived in is weirdly deserted with many people dead and nanites buzzing wherever they are wildly clustered. 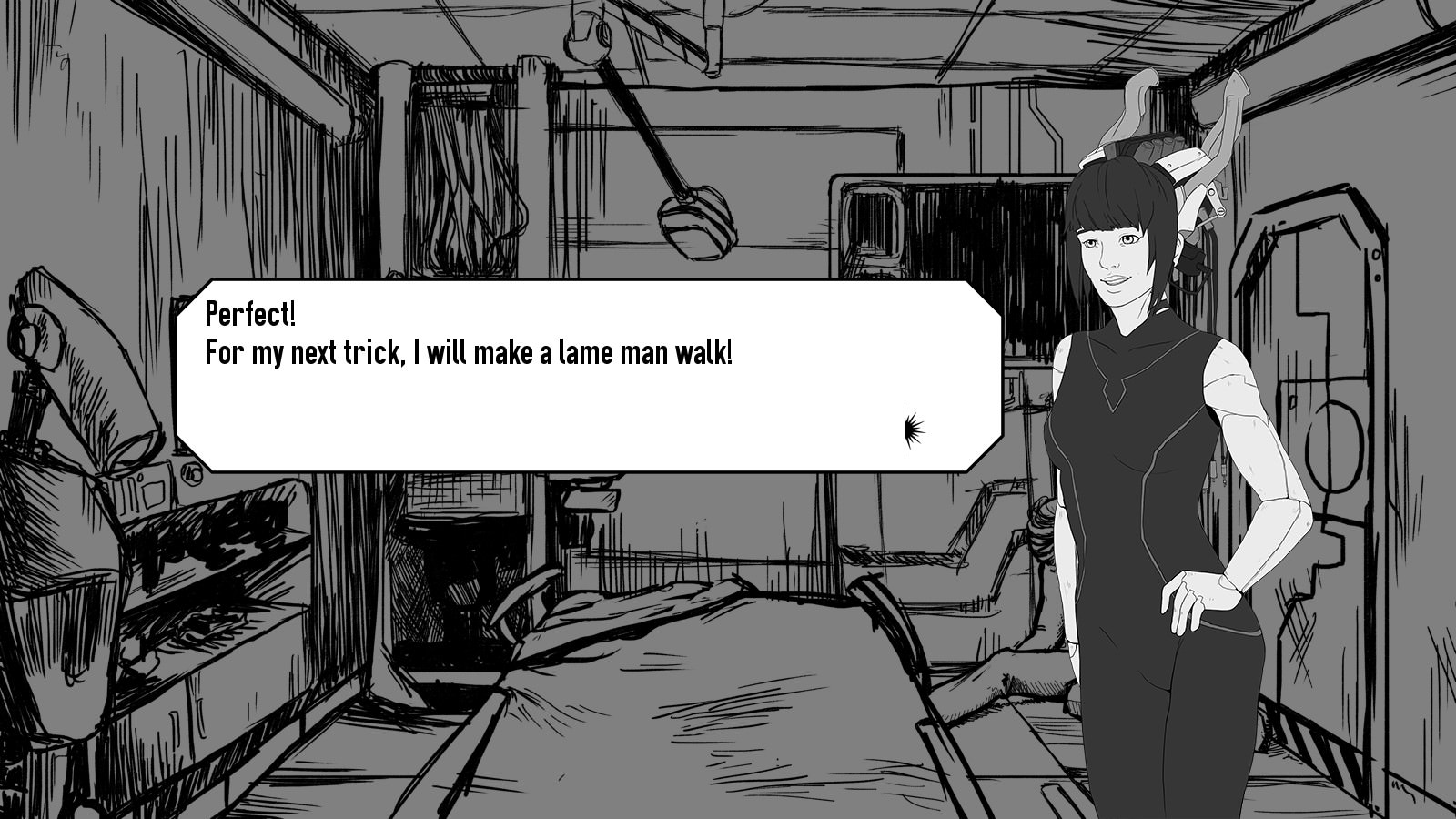 As you explore, you will come across numerous bodies and tablets you will be able to interact with. Each having a select amount of logs other people wrote or sent to each other as they were originally emails or messages between one another. Everything is all confusing and jumbled, but as you continue to explore, gather more logs, and get more bits of memories back, everything becomes clearer. These logs are the only lifeline that is 100% truthful as there are even logs written by you, which is how you originally figure out that you are Jonathan Campbell and it is the year 2352. Though, with them scattered and filled with questions about why everyone is either gone or dead still hanging in the air, L becomes invaluable as a guide through the city. And if you can’t put some sort of trust in her after she had the best intentions, trying to keep you alive when you first met her, perhaps it is worth trusting her for now. 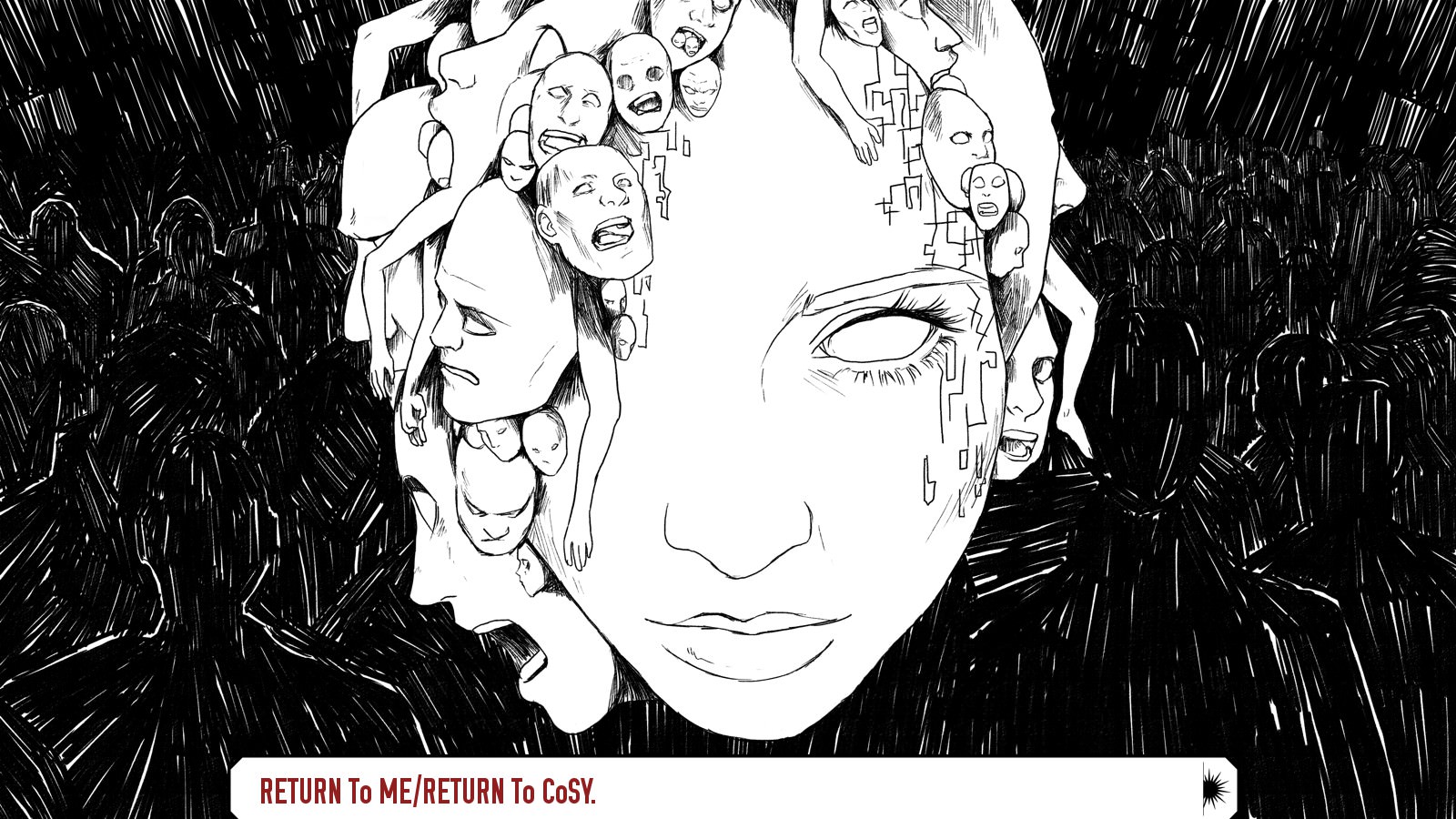 There also seems to be another AI dubbed COSy whose main goal is to draw Jonathan to to her. Overriding Jonathan’s nanites so she can appear and speak to only him. Spreading doubt over who to trust. Who is COSy? Why does she look drastically different compared to L? And how does she factor in to everything?

Much Of this story is spoiler heavy, as this is meant to be a mystery you slowly piece together over the course of your journey. With the “this character has amnesia” being a well known cliché, I wouldn’t blame you for being cautious about the writing, however, The Mind’s Eclipse uses it well. Not outright starting the game with having amnesia helped the most to break the cliché. Starting with Jonathan trying to cure his wife lets you get invested in what exactly happened and who he is. So when we do get to where Jonathan has amnesia, it worked better than what it would have been if we started there to begin with. 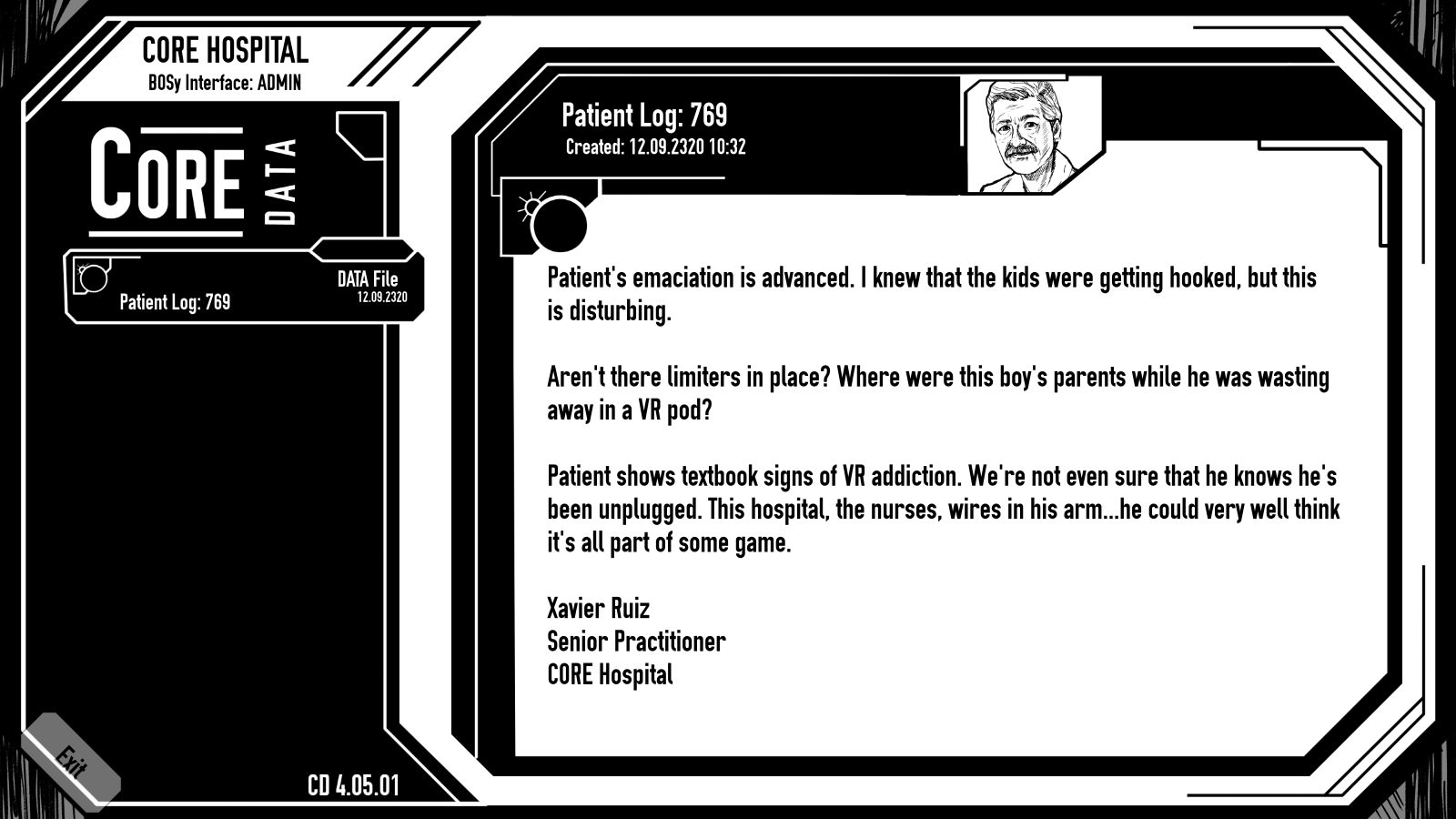 Without t much information on Jonathan, you can connect more with what he must be feeling and thinking as well. You and Jonathan get to work out this mystery together and the flip flopping of what you think about Jonathan’s actions throughout the years happen juxtapose Jonathan’s as well. The writing is just so well done that I couldn’t see how it could have been written better. It certainly kept me hooked to the very end, wanting to know every question that was brought up, with all of them more or less being answered. There are two different endings that I do recommend getting both of, with each having a satisfying ending (and somewhat open ended). 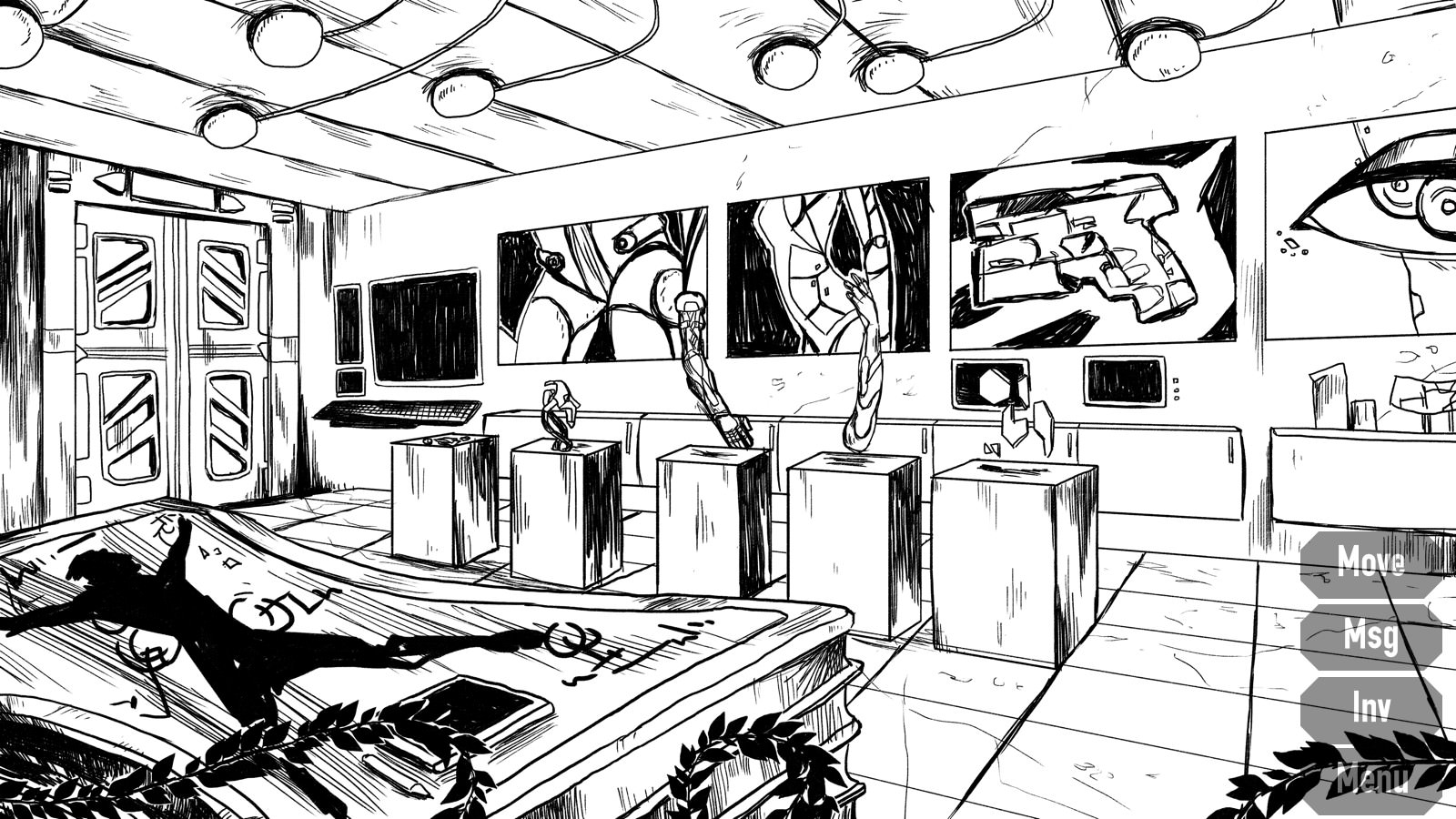 The artwork is spectacular as it reminds me of the artwork you might find in manga. Each area is detailed and brings to light that this city is not what it used to be. A once populated and bright area now is lifeless and barren. It holds some history, yet Jonathan can’t seem to remember. It feels like there should be other people, heck even some AI NPC’s walking around, as you travel. I also liked the look of the characters, especially COSy, and the faces are expressive. There is even some fun that happens with L’s unique appearance which does give her some character as you first interact with her. In addition, countless posters and photographs are able to be viewed up close, though some of them do look different than what it does in the background. 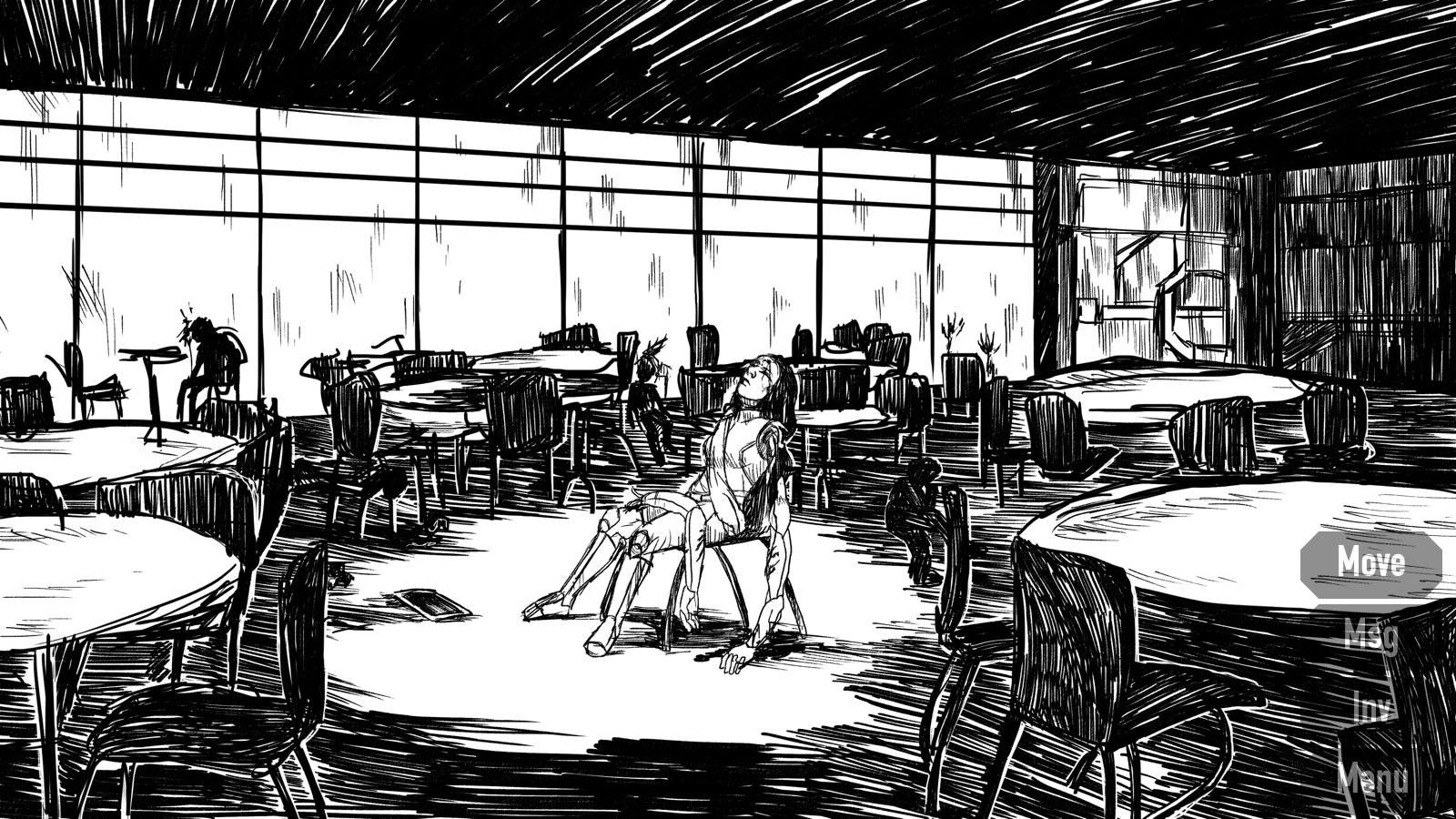 The soundtrack is just as great as it further cements the sci-fi atmosphere. It doesn’t outright bring attention to the soundtrack, but it does give a nice ambience to every scene. I would say watch out for COSy’s soundtrack, it was the one that gave me an unintentional scare after reading what she had to say to me.

The Mind’s Eclipse is a wonderful science fiction visual novel that I’m certainly glad that I ended up playing. The writing grabs you and keeps you interested all throughout with great art and music to accompany it. The game does well by introducing this foreign time period without having the history simply recounted to the player too much. If you are interested in the story, I would highly suggest getting this as it is well worth it.