Dude, look, I’m busy today. Can we reschedule the day you come and try to kill me? Maybe when I have a bunch of finals?

I’m sure that all of us at least have thought about what we would do if someone broke into our home. If someone dared to try and murder you one day in the one place you thought was safe. Concocting plans and placing helpful objects hidden around the house so no matter where you are, they won’t take you by surprise. Though will you ever be ready? Thinking of the situation beforehand is way different than actually being in it. Such as practicing for a presentation will not definitely cause you to not be nervous the day of, actually being in the situation of a killer after you will most likely not be a calm experience. 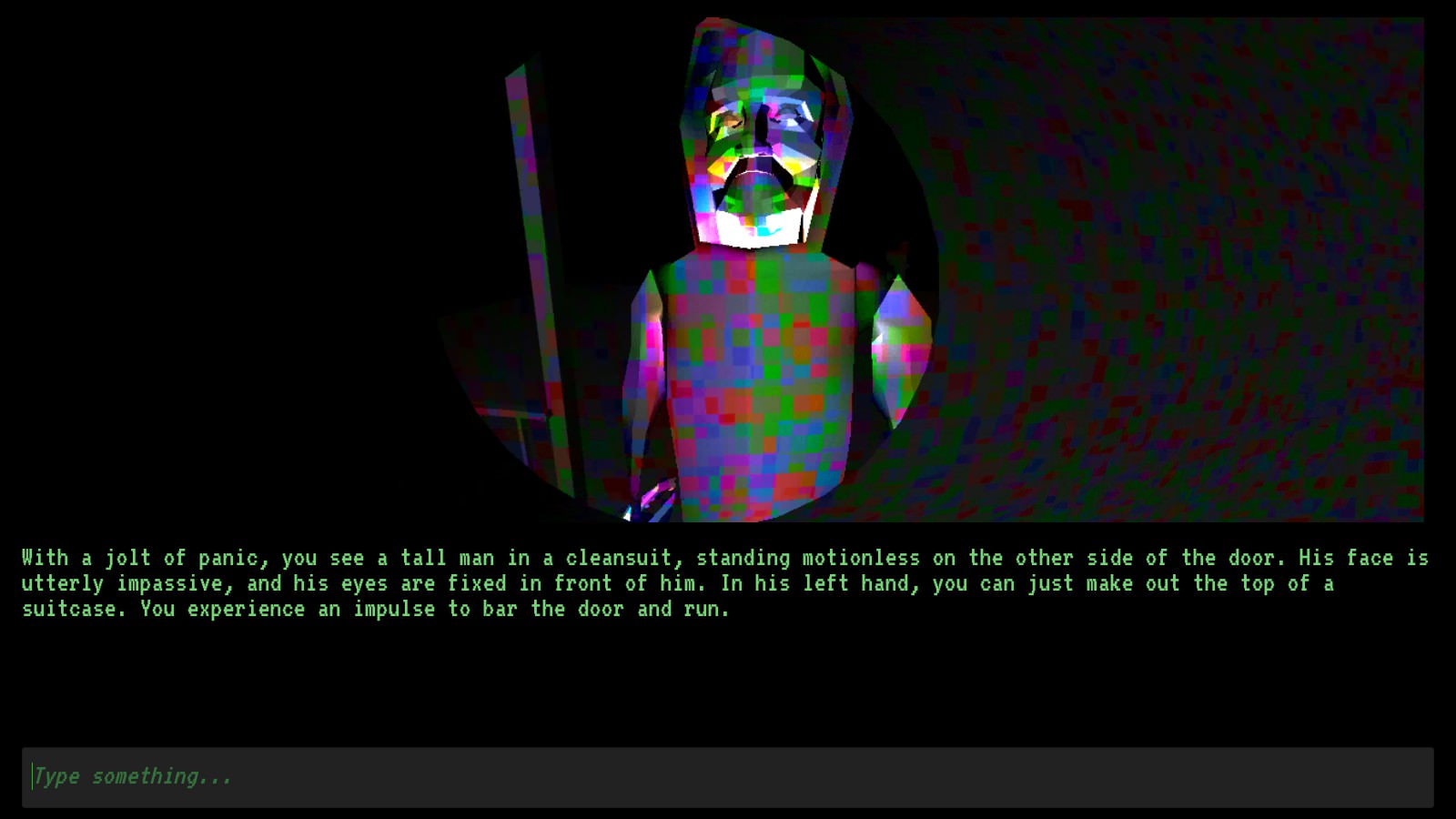 Relaxing at home one day, finally having time to just do nothing, and well someone knocks on the door. The problem is that they came at the dead of night. Your gut telling you that the person on the other side does not have good intentions and as you peek through the peephole their appearance further confirms it. A guy dressed in a Cleansuit starin’ straight ahead…that totally doesn’t look suspicious at all being here this late. What will you do to protect yourself? What will work and what will cause you to be killed by the Cleansuit? 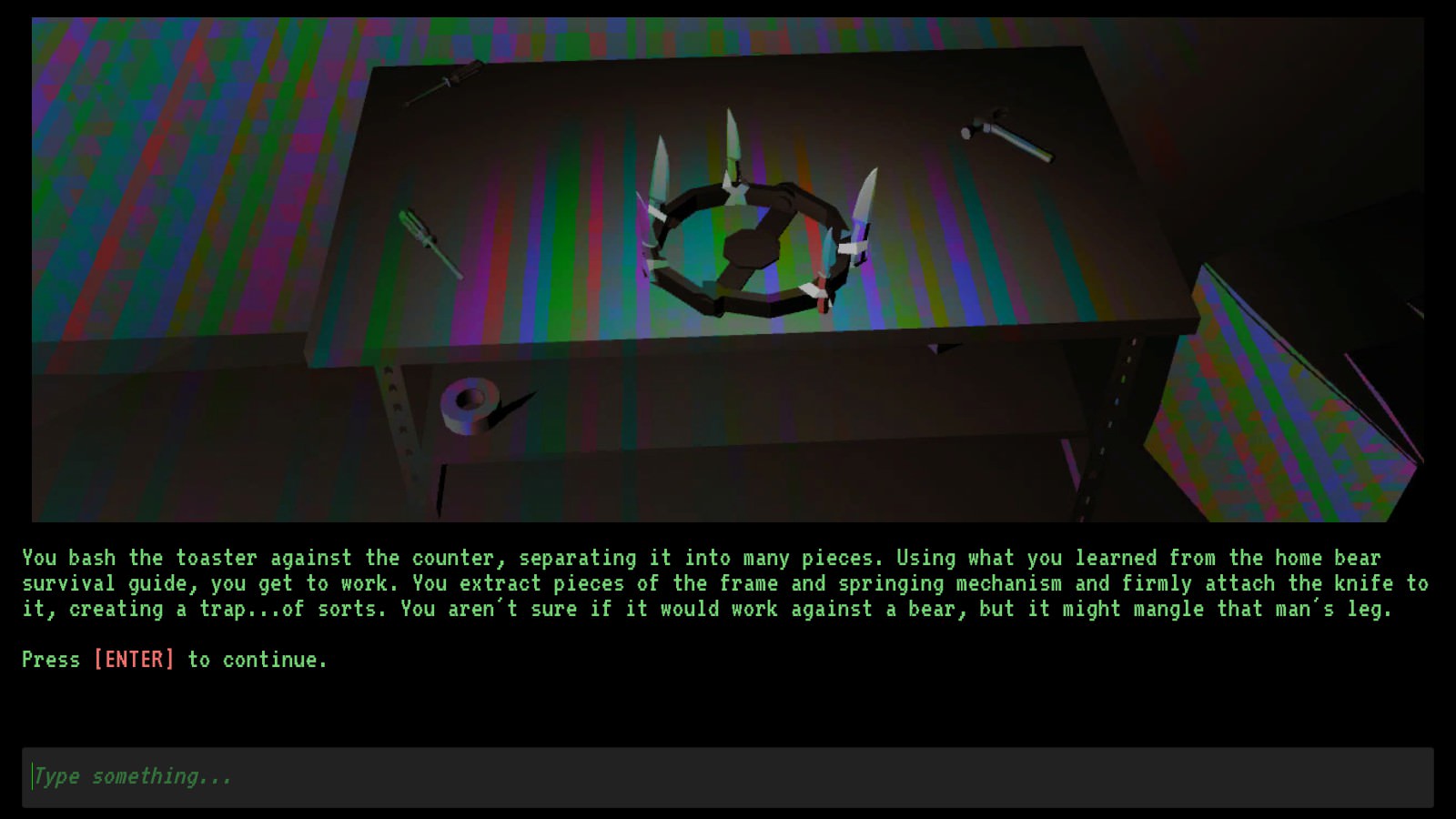 As a text adventure, the commands you will put in will consist of “go __”, “take ___”, “use __” and “use __ with __”  to interact with the world. Be sure to know what rooms connect to which, using the map to get the hang of where the rooms are, as you can’t go from the kitchen to your bedroom upstairs. Otherwise, with a huge dependence on the text, is the writing is good? Cleansuit easily sets aside this worry with the great writing in every situation and screen. Easily bringing the feel of uneasiness while also keeping hints of comedy through the quirky way the character is. Having the right amount of detail in every situation without feeling as if you need more or could have been less. Using a “look __” command gives you a description of what you’re looking at, as well as if there is any history behind it or perhaps what your character is thinking, while situations more involving what’s happening goes into more detail. There are various instances where humor was laced in as well, so be ready to have a few laughs before the Cleansuit returns to your mind. This certainly does a good job in having funny moments despite what’s happening to the character. 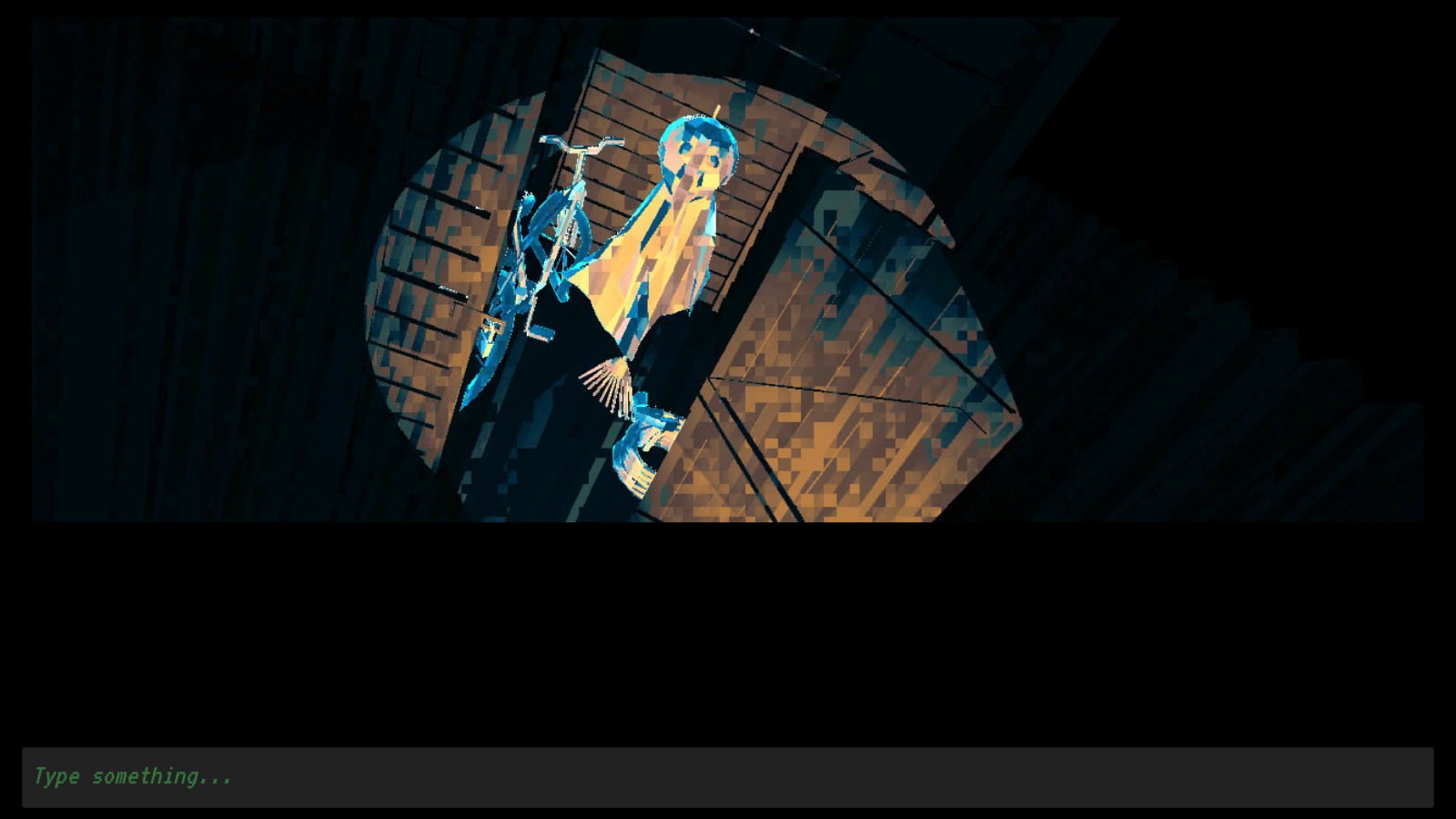 In addition to the text, you also have visuals to go along with it. These visuals are definitely weird but it works in the situation you are put in. Helping the text to set up the atmosphere through the glitched out visuals. Despite mostly showing what’s in a room and the occasional Cleansuit, it’s very unique in the way it decided the represent itself. It never gets old to look at. 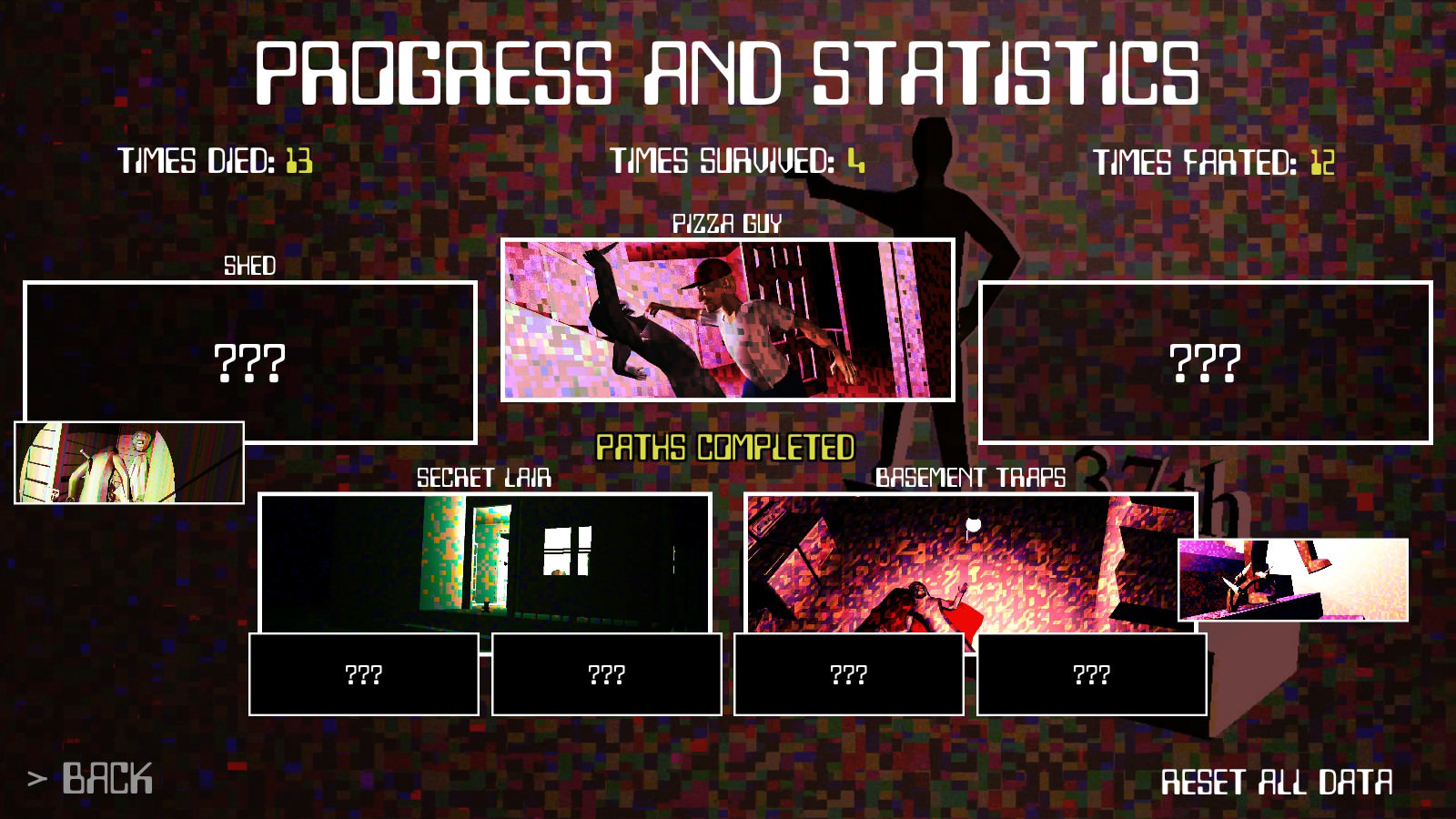 There are many ways to kill the Cleansuit and survive, 13 to be exact, which gives the player a lot to work with instead of having one predetermined way. There are five main ways to survive while some have different ways you could have done it, all you need to do is figure it out. If you’re worried about figuring out what you need to do, it really isn’t that hard once you find it. Each path has some sort of hint with it and even then once you figure out what you can use with what you have, everything clicks into place. There are some objects that are hard to find, but if you go into each room and search everywhere you will be able to find every item required. There are some paths that have you do a combination of picking the right items and your actions as well. Some paths that lead you to survive are harder to figure out than others, but don’t worry as trial and error is very much a part of the game. 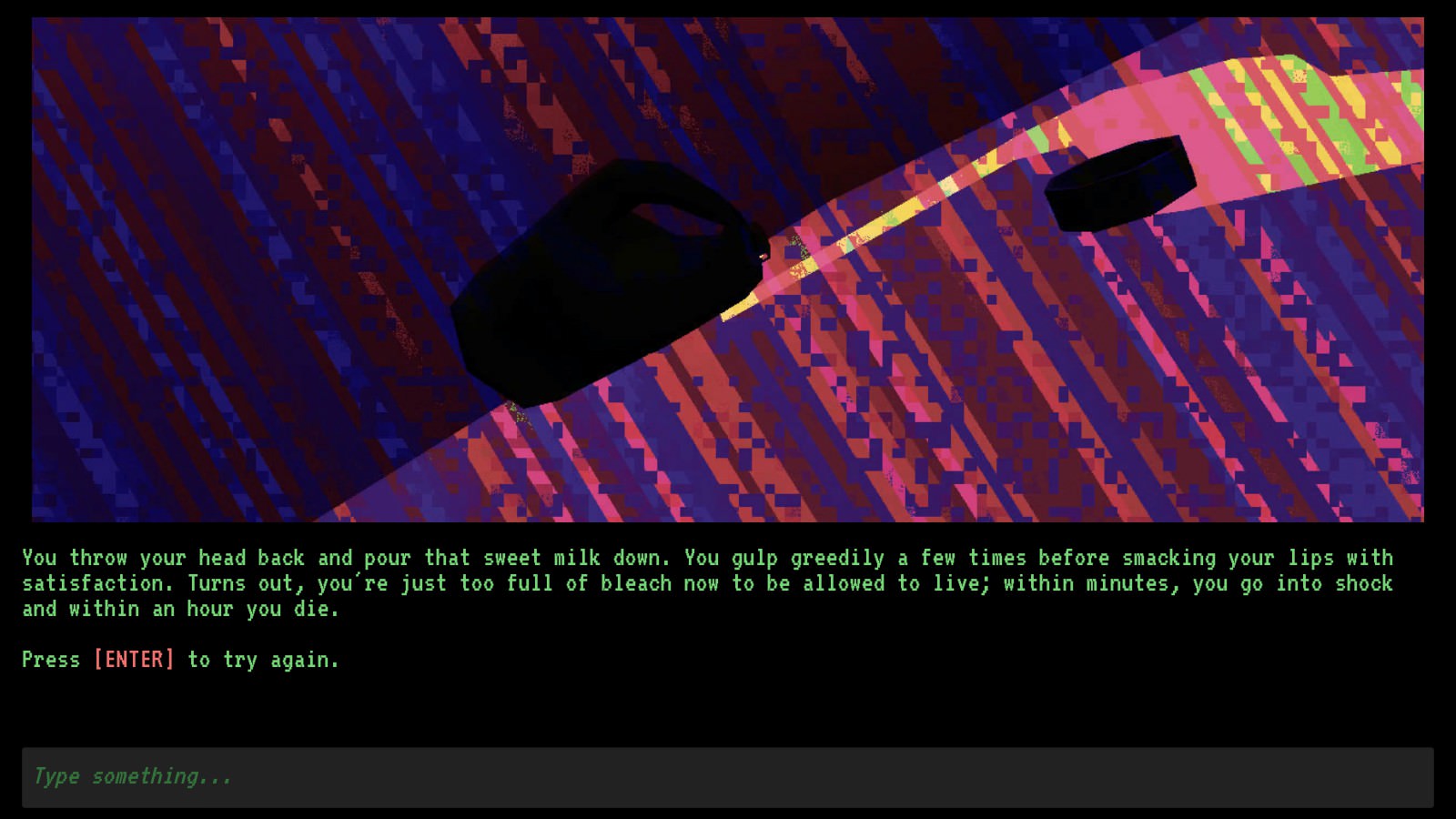 With so many ways to survive, there are so many ways to die. The Cleansuit is relentless and will not leave you alone unless you make him. One wrong move or you take too long and you are as good as dead. You will undoubtedly die a lot compared to surviving, but you will be armed with more information to survive. You will know which actions will kill you, where items are at, and be closer to surviving. Funnily enough, the Cleansuit is not your only enemy, but you are your own enemy as well. There are various, and hilarious, ways you can kill yourself if you choose so. That’ll show the Cleansuit! 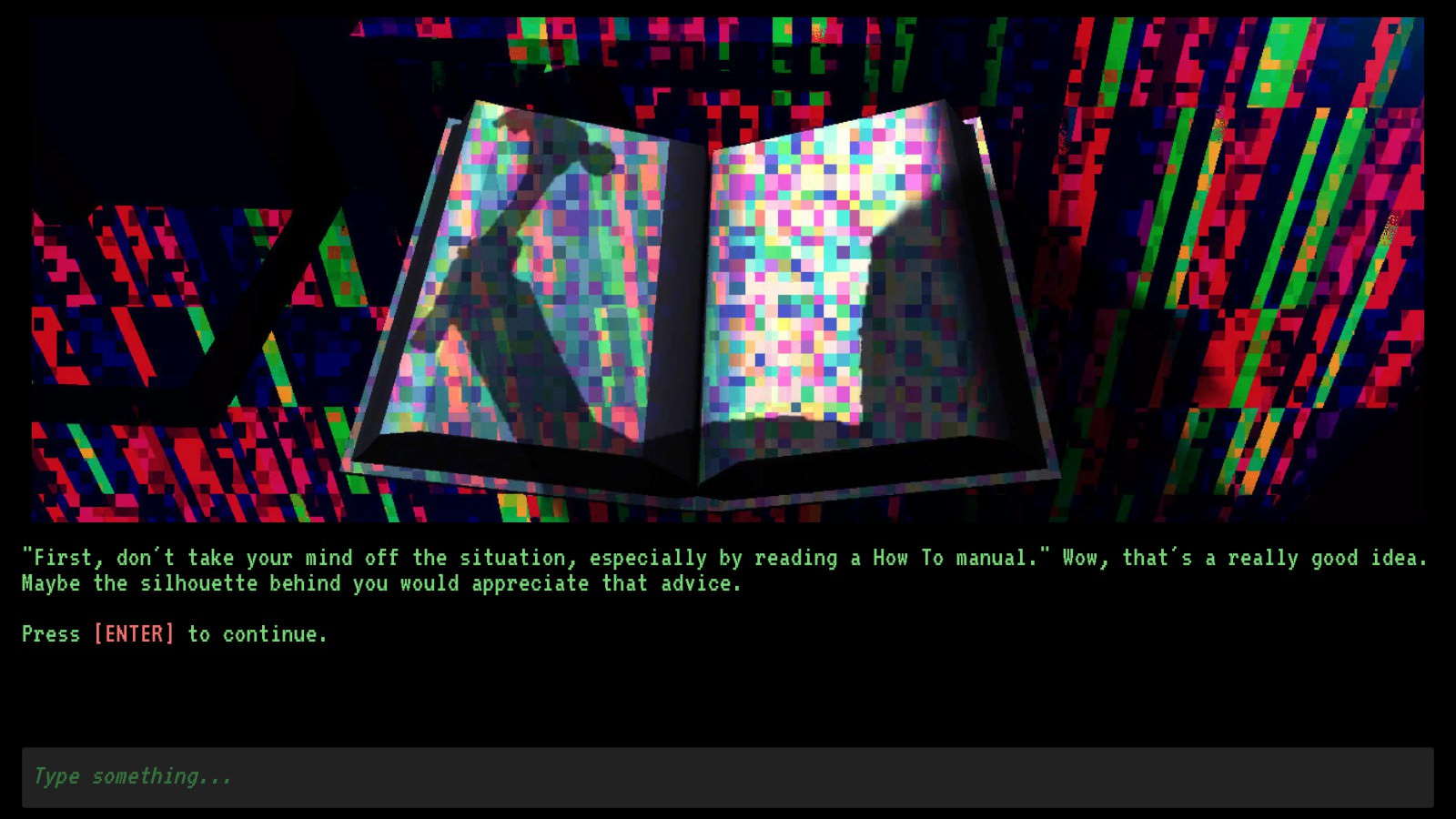 There was also interesting music added in that really brought the feeling of being in a horror movie or music that you would hear in old games. Definitely not letting you forget the situation you’re in with the creepy feel it gives off. Various sound effects also accompany what you do, or what the Cleansuit does, such as taking an item, hearing the creak of a door you opened, your own footsteps while traveling up or down stairs, or the thuds of the Cleansuit looking for you. If you go too fast these sound effects will likely be out of sync. 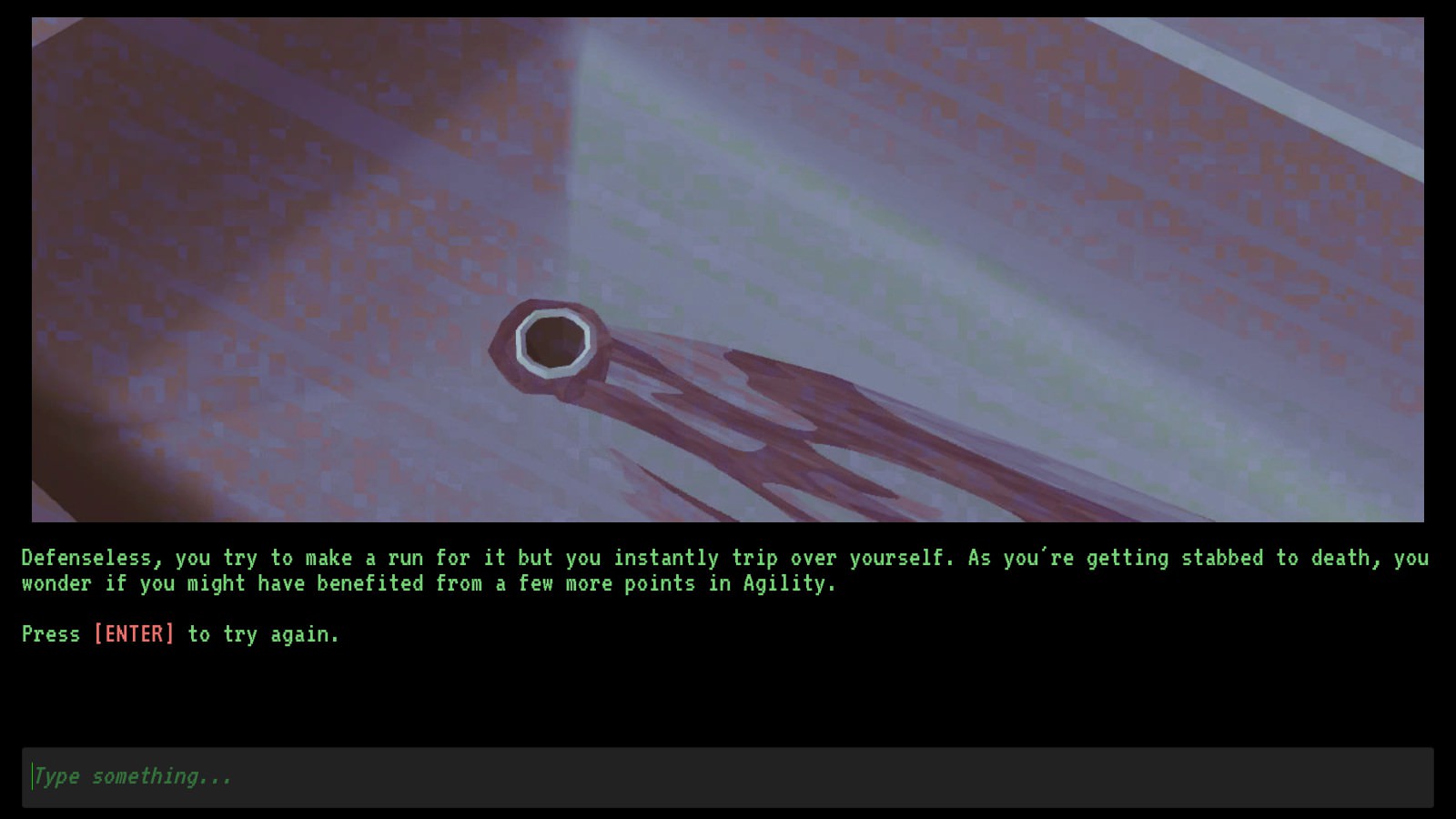 I absolutely loved Cleansuit despite how short it actually is. The length and the trial and error works well and it honestly doesn’t take away from the game. If you die, you can quickly get to where you were before. I do recommend not looking up the other paths unless you are absolutely stuck. The only thing that I can see people being turned off is the weird visuals, but if you like them it pairs well with the well written text and music to create its atmosphere.