Morphite describes itself as a “casual atmospheric FPS, inspired by the classics”.  While I agree with that assertion for the most part, I can also safely say that this is a perfect case of a missed opportunity to make something really compelling.

The game puts you in the shoes of Myrah Kale, a woman who accidentally runs into a piece of morphite during one of her planetary expeditions. In this world, morphite was once an extremely valuable resource, but for many years it was thought to have been completely depleted. This is how the player’s adventure pretty much starts, and the plot of the game essentially tries to focus on this.

With such a predictable introduction to the story, the main character’s life takes a sharp turn.  I must admit that I was expecting something more engaging to keep me going, unfortunately, that never happened. From the uninspired characters to the, at best, serviceable voice acting, the narrative isn’t really engaging in the slightest. It mirrors the nicely done yet minimalist low-poly art style.  The characters are pretty much devoid of emotion during the dialogue scenes, and the animations are also pretty stiff. This wasn’t really the game’s main problem for me, but I’ll get to that later. 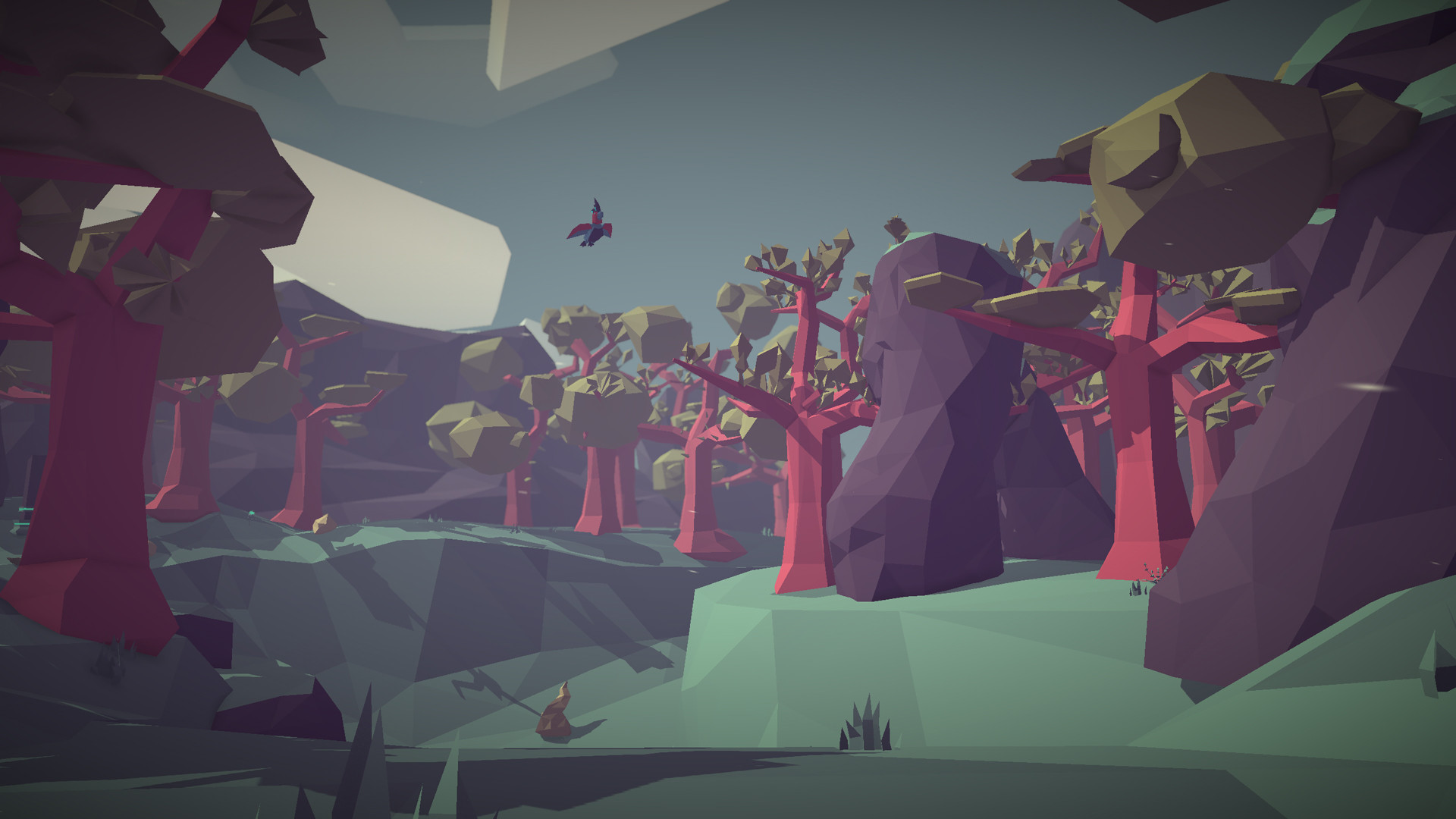 The game features a procedurally generated universe, filled with a multitude of planets and solar systems that you can visit and explore, but don’t expect anything super crazy like No Man’s Sky, even though the game seems to be heavily inspired by it. With that in mind, while the game features some light platforming and puzzle solving, the core experience of Morphite revolves around exploration and scanning different fauna and flora in different planets. Once you scan any life form, you can then visit a space station to sell those scans, or use rare scans to upgrade your suit in certain planets. The credits that you gain by selling scans, called “chunks”, can then be used to upgrade your ship systems, which grant you things such as increased weapon efficiency, extra fuel capacity, stronger shields, and so on. Now, the thing is, while there are quite a fair amount of upgrades that you can get, you can easily play the game without buying a single one of them, which pretty much renders the whole resource gathering and selling scans process pointless.

With that out of the way, I must say that, while the whole exploration and scanning gimmicks were fun for the first hour, shortly after that it became quite boring. In itself, scanning is a repetitive process, as all you have to do is aim your scanner at the life form that you want to scan and hold the mouse button. Unless you’re trying to scan a hostile creature, there’s no challenge to it. Likewise, both ground and space combat are extremely easy and, in the former, the same strategy works for every single enemy, run in circles and shoot until they’re dead. With that said, while traveling across the cosmos, you’re bound to run into certain encounters, like getting into a fight, dodging your way out of an asteroid field, or simply losing cargo thanks to some malfunction. Now, this again shows that there is really no point to most of it these things that are in the game, as they seem to be in the game just for the sake of getting in the way of the player that is trying to explore at their own pace. For instance, during space combat your ship doesn’t move, you just operate what seems like a turret with a wide angle and shoot anything that comes towards you. 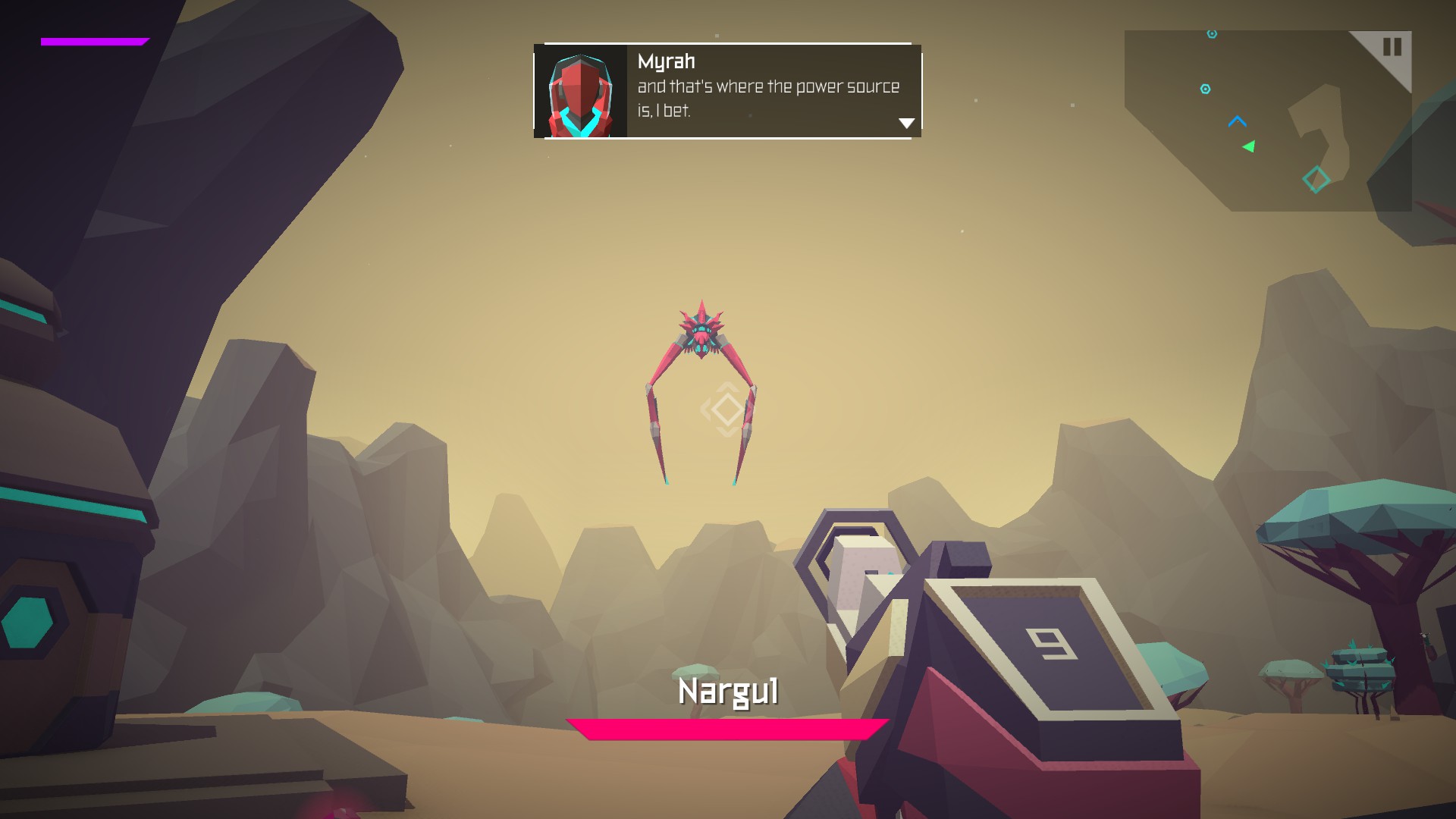 I feel like now is the proper time to address the elephant in the room, and it is something that will most likely vary from person to person. When going into this, I knew that this was originally a mobile game, but I didn’t expect it to affect me so much like it did. For example, in the first few minutes of the game, during the tutorial section, the game introduces you to its aim “mechanic”, in which you essentially lock onto enemies and are able to shoot without missing the target, at least assuming you’re close enough to them. I believe this is the first time that I ever encountered this in an FPS game. Sure you can still play the game like a “normal” FPS, but the issue for me here lies on another thing entirely.

Thanks to the “lock onto” mechanic, your weapon waves as you move in order to keep tracking your target. Yet this occurs even if you’re not in combat, even when you’re just exploring, running around and whatnot, the weapon still waves left and right, and there’s also some noticeable camera wobble. This took me quite a while to get used to, but I still can’t play the game for long periods of time before I start feeling some sort of motion sickness. This is the first time that I’ve ever experienced something like this, and I’ve been playing games since 1999.  Even when I tried VR for the first time, I did not experience anything like this.  Consider yourself warned if you tend to have these issues when playing first-person shooters. 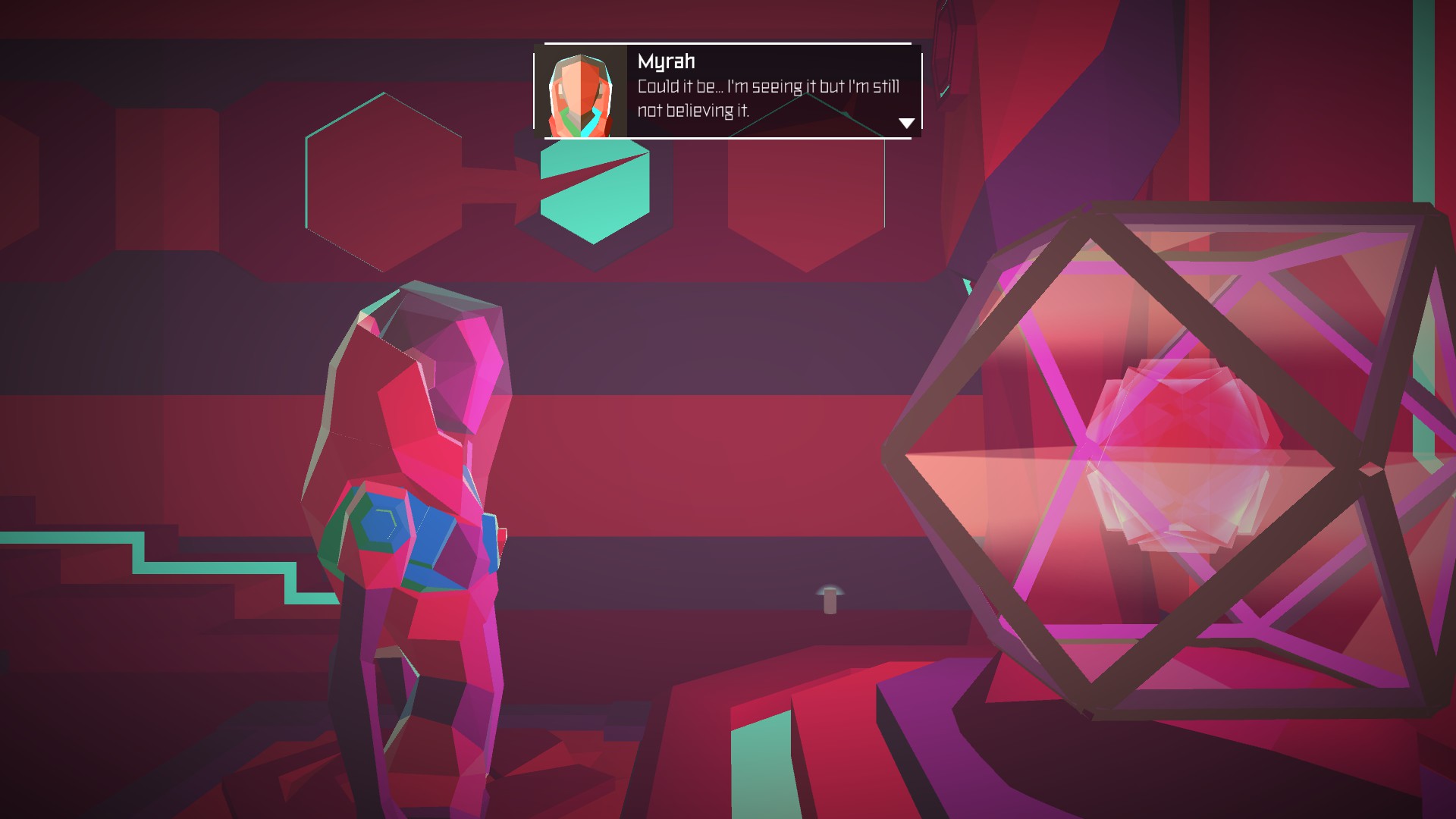 In any case, what really kills this game is the fact that it’s broken. I’ve lost items that I had to carry to a specific location by falling off the map, and after going back to the last random checkpoint that the game decided to save, the times were just gone, thus forcing me to go back to the menu and repeat the entire mission all over again.

I also ran into another game-breaking bug in which the game could not provide me with a waypoint for my next mission location. What this meant was that I had to find a specific planet on the star map, amongst all the other procedurally generated maps, and somehow locate it.  I was able to find it after a few minutes of frustration, but the lack of a manual save option leads to countless mission restarts and a considerable loss of progress because checkpoints are extremely scarce. Finally, the enemy AI is pretty much non-existent, with both basic enemies and bosses getting stuck on terrain or simply staring at you while you kill them.

While I fear that my judgment of Morphite might have been affected due to my personal issues, I believe that I’m doing my best to give it a fair assessment. If it wasn’t for the issues that I’ve already mentioned, the long unskippable animation sequences whenever you’re travelling to another place, the game’s simplistic systems that don’t really have much depth to them, and if the narrative was more captivating, this game might have been somewhat decent, as it stands, it’s wasted potential and you’re not really missing out on anything.