Oh, they all laughed at me when I was preparing for the cornpocolyse, well WHO’S LAUGHING NOW!

I still remember when Maize was first announced and I did not go a week without hearing about the game at least once. Of course, everything has died down since then, but the overall talk still stands when you rediscover it again or new people find out about it. Who wouldn’t talk about a game that is about sentient corn? Though even with this new and interesting concept, it takes more than funny corn to make a great game if all of the other elements are lackluster.

We simply start at the beginning of a cornfield, with a path already sculpted before you. The only thing you have to do is to explore and take in the scenery, occasionally bumping into the corn stalks and suspiciously eyeing someone tall and lanky or objects moving in the corner of your eyes. You may see a cornstalk planted weirdly away from the others. Sooner or later, you will come across a locked door requiring three specifically shaped items to open it and shortly after you go to a house in this area. 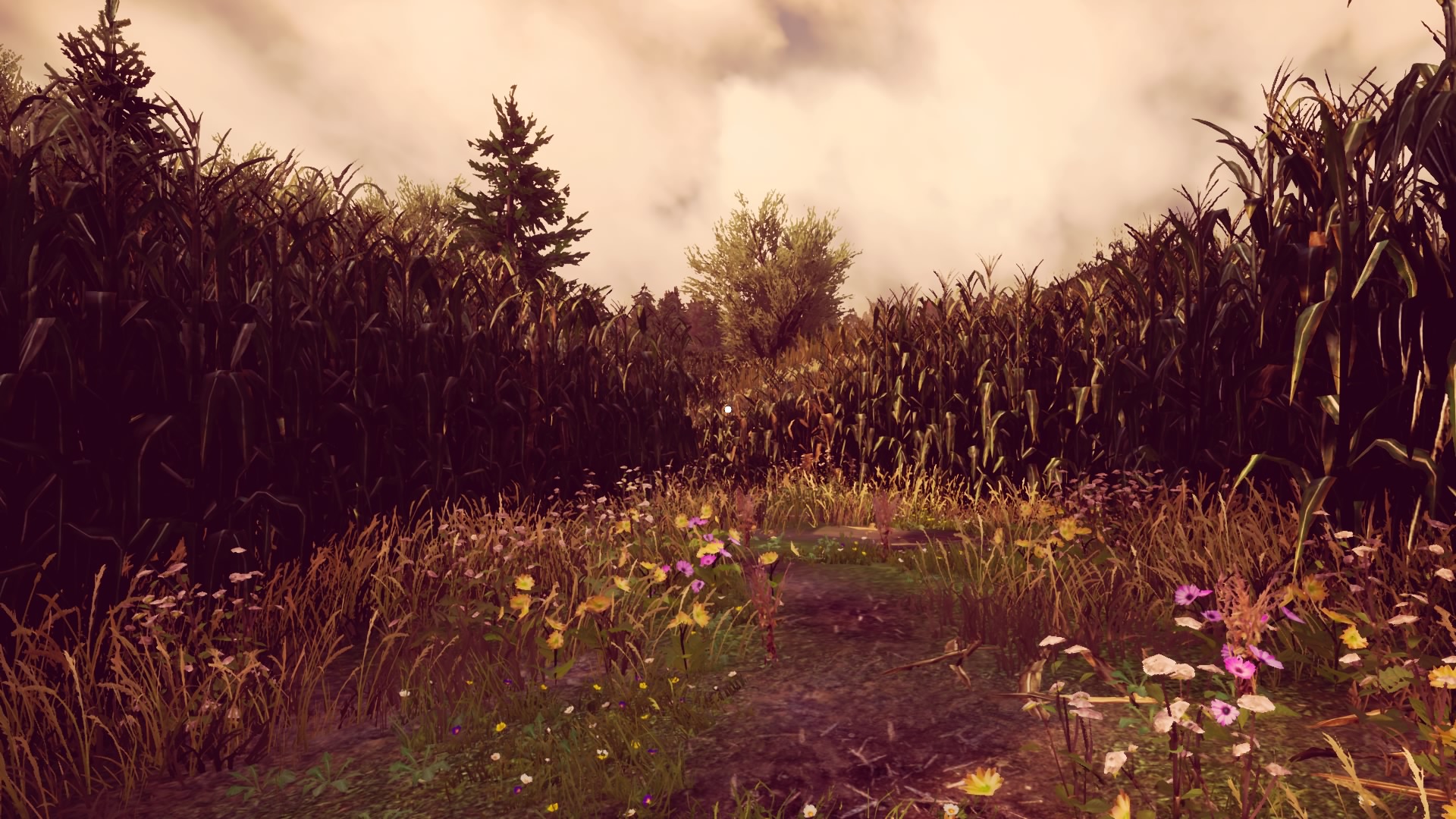 The gameplay for the entire game will revolve around this.  While not bad in and of itself, it does come off as a difficult way to keep people invested enough to actually watch something happen. You do not simply roam around, but pick up items that are highlighted when you are close enough. These items, in turn, fall into one of two categories: folio or inventory items. Items that directly go into your inventory are used to continue the story as you use them to figure out how to solve the various puzzles. Folio items, on the other hand, are more like mementos, only serving the purpose of bringing information through a couple lines of text. This information either revolves around involves some character development backstory.

What you came for, the sentient corn, does not come into frame until you solve the first overarching puzzle, and this might be after a couple of hours. For someone to go through these areas to pick up necessary items and solve the puzzles there without knowing exactly why, other than opening a mysterious door, can be asking a bit much. I can see the strong possibility of a lot of people leaving the game after a while in the first area, thinking that the whole game is a tease. While the game does pick up shortly after you get three objects that can unlock the door in the field, this assumption that players are willing to wander for hours looking about without too much of an idea of where they are headed puts a strain on the gameplay. 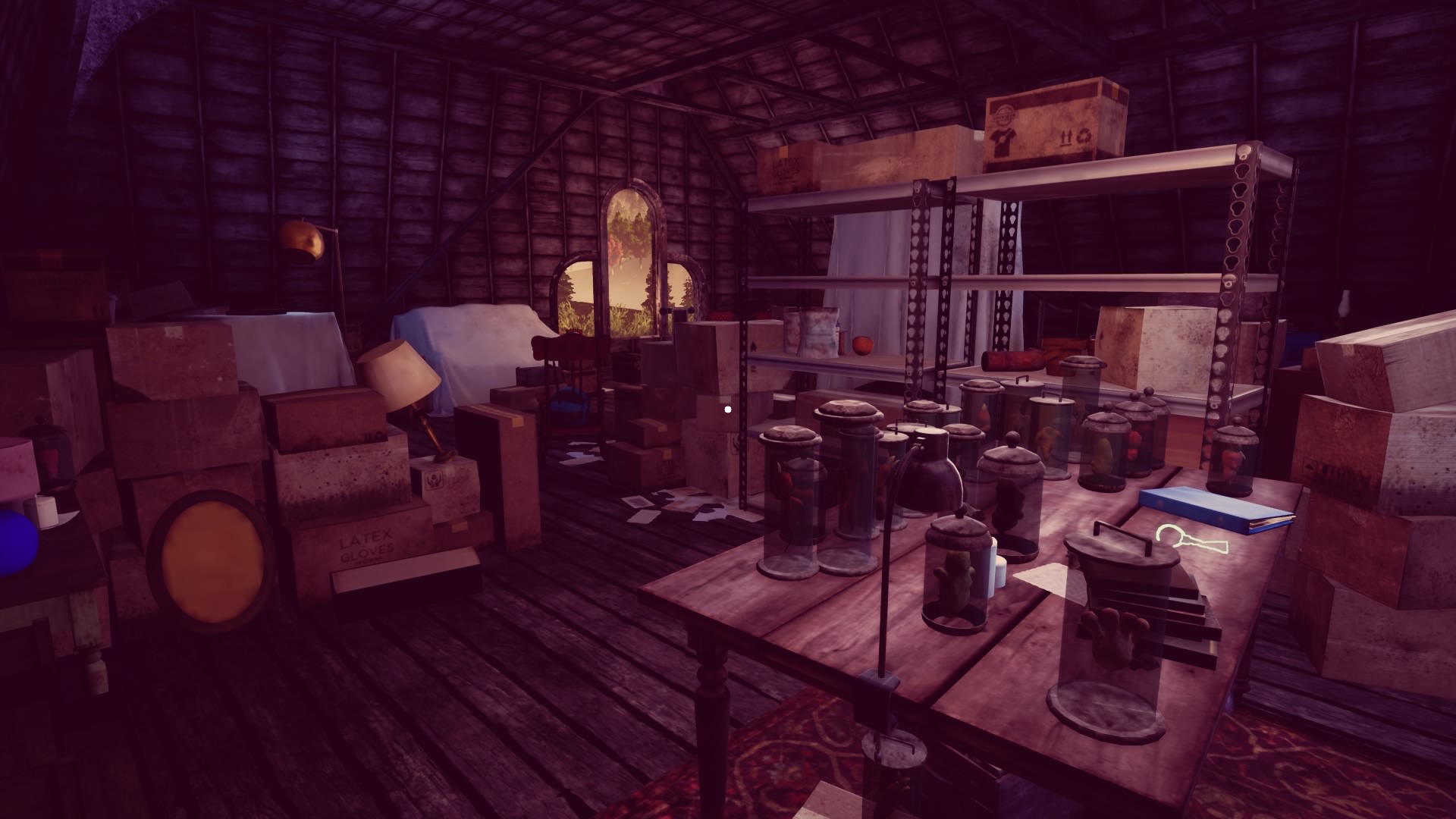 After this huge hurdle, everything is more or less smooth sailing as the story beats continue to hit with puzzle solving. The puzzles do not deviate from the ones in the beginning too much. The most you will get stuck on is if you are missing an item that you accidentally looked over or just did not stumble upon yet and are trying to solve a puzzle too soon. You will more likely run into a bind where the items need to be assembled or used before you get all the items needed, so it is also important to remember where they are located at. It is even easier as orange boxes will block your path to areas you do not need to go to until later. One of the puzzles will have you assemble your cornpanion, Vladdy, who will follow you and help you along the way. However, his humor revolving around insulting you can get a little old. 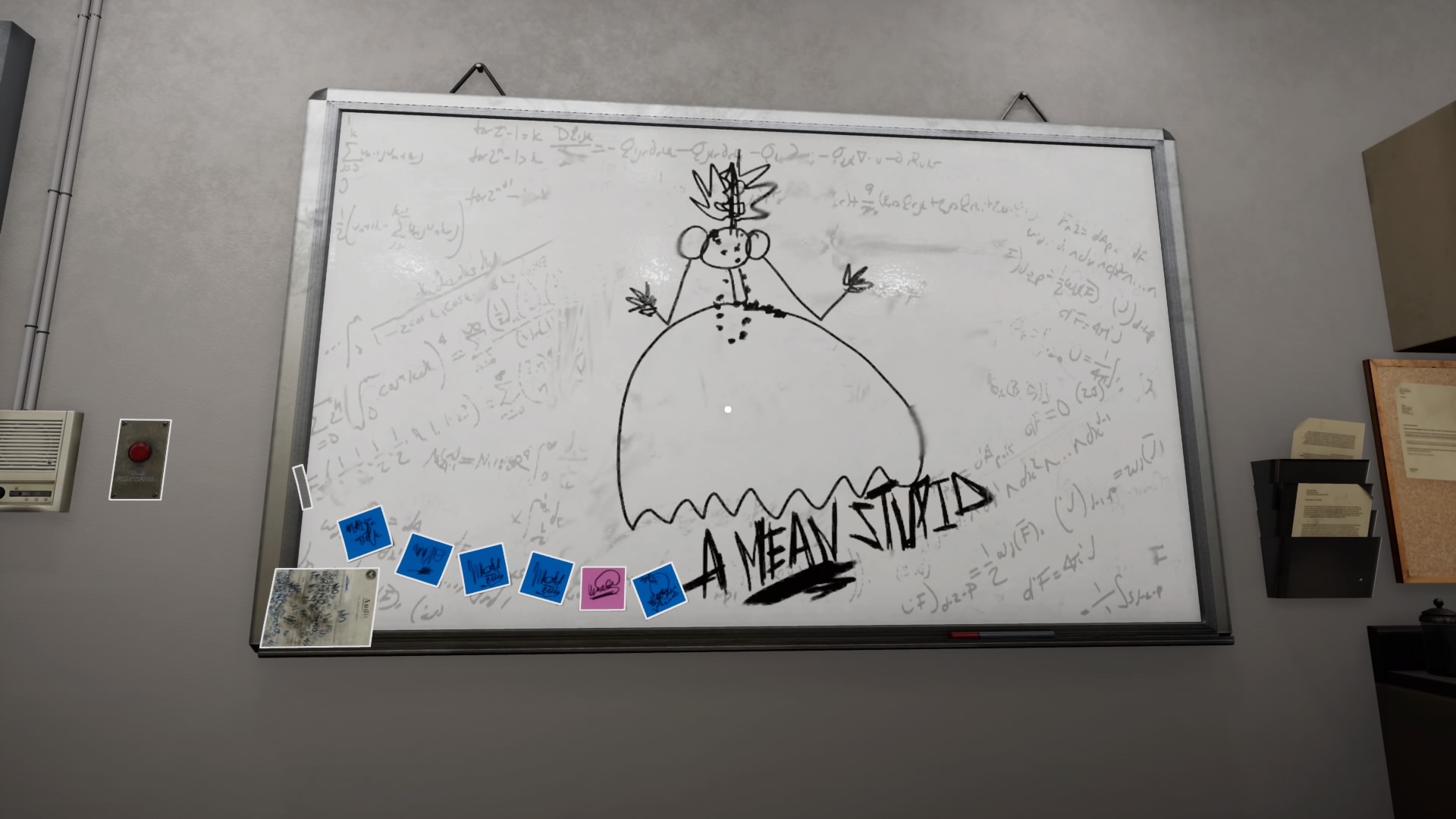 Maize’s story is pretty vague and a lot of things are either barely touched upon or completely omitted. You are only provided with a general idea of what happened before you arrived, with only some of it revealed in the hidden facility that you just unlocked. Once you get right into it, you will see a ton of sticky notes scattered around and on close inspection, they are from two different people rather than one person using two different colored sticky notes. Two scientists, Bob and Ted, who are exact opposites and one of which barely cares to do any work. It’s a wonder how they even became partners as much as you see Ted hating Bob in his sticky notes. Ted is more focused on working while Bob is focused on making this super secret corncility a tourist attraction and recklessly spending all of the money. Towards the end, there is another scientist that is briefly brought up named Helen, but she is not explored as much as Bob and Ted.  Helen was more inclined to speak with the corn, which Ted did not like one bit, and is connected to the ending. I do wish that Helen did get more time in the limelight as most of the things that were just remnants are connected to her in some way. This is also where the folio items come in. They are not just ways for you to know how your character thinks and acts, but they also have some of the story packed in their description. You will not be able to read what the papers you picked up say, but you are provided with the main point of it. 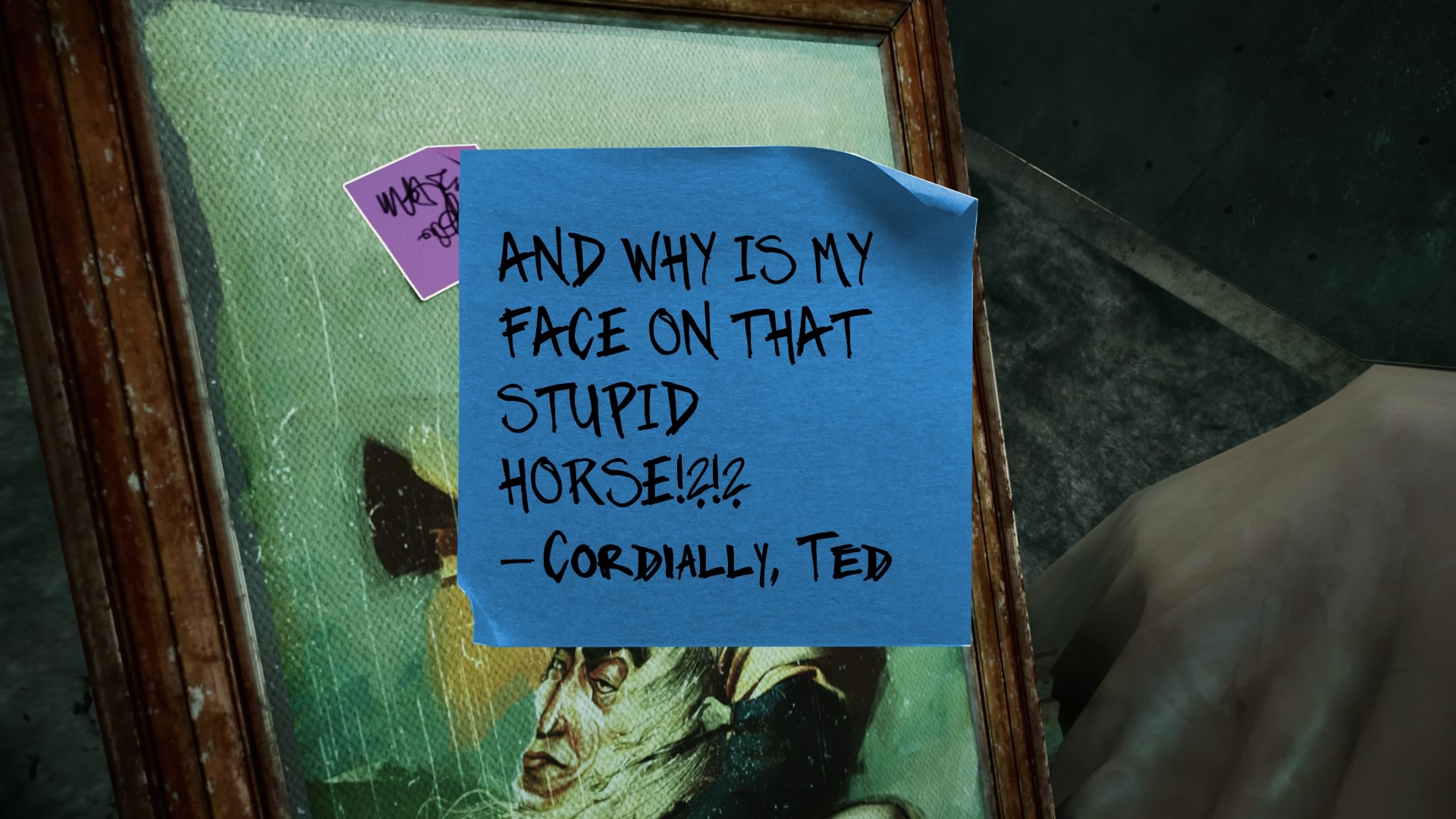 What is happening right now directly stems from the past. The corn, who are not so smart, are basically running amok without supervision. Luckily they are dumb since if they were smart they might have already escaped long before you arrived. You do see them occasionally as you explore, but you will not have any other interactions with them other than in cutscenes as they will pretend you are not standing in front of them because they freeze in place till you go out of the room. The only one that is not dumb is their leader, Ruby Queen. Though why she was waiting on you to do the heavy lifting in the game is barely touched on. I’m sure she could have done everything herself and tricked her cornidents to help. While there is another corn character, going by Cornacabra, he is more comedic and acts as an antagonist in the story. Once you get close to the ending, everything ties together with the last few pieces of information you receive. 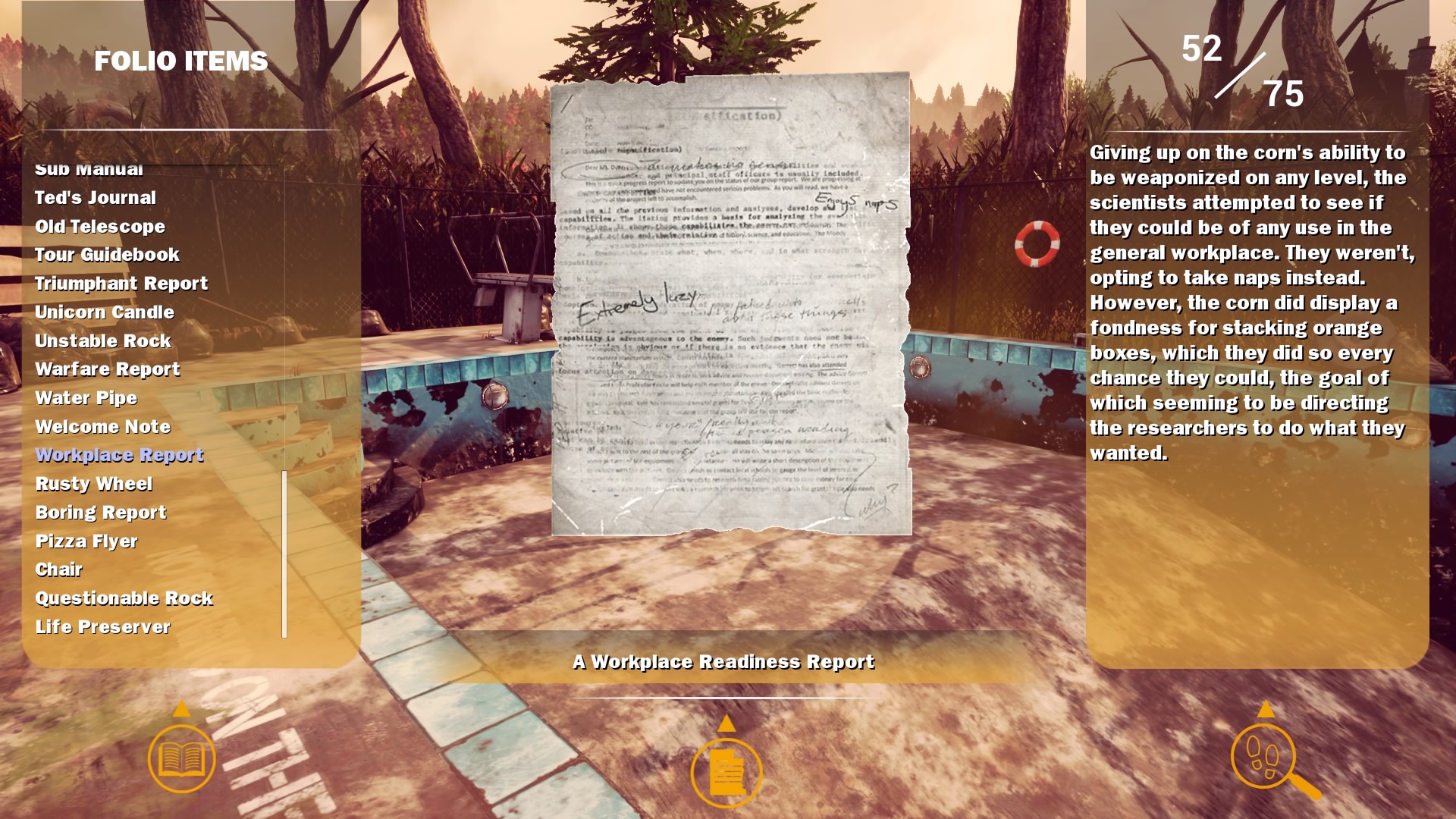 The voice acting is great. All of the voices work with their respected characters and fit perfectly. They could have easily gone wrong, but it didn’t. It made me want the characters to be there more, especially the voice that accompanies Cornacabra. In turn, the background music more or less is the same throughout as it repeats and repeats. Luckily, it is one of those tracks that you can easily bring it to the back of your mind as it does match well with the other ambient or miscellaneous sounds. Nonetheless, the ending credits music is definitely the best in both the music and ending for this weird game.

I really loved the humor. It is subtle enough to not get on your nerves, but not too subtle that it can be interpreted as not trying to be funny. Though, with everyone having different humor gauges, this is a really hit or miss. Maize seems to tow the line between annoying and funny, and if the humor does not work for you, you will be graced with it till you finish the game. 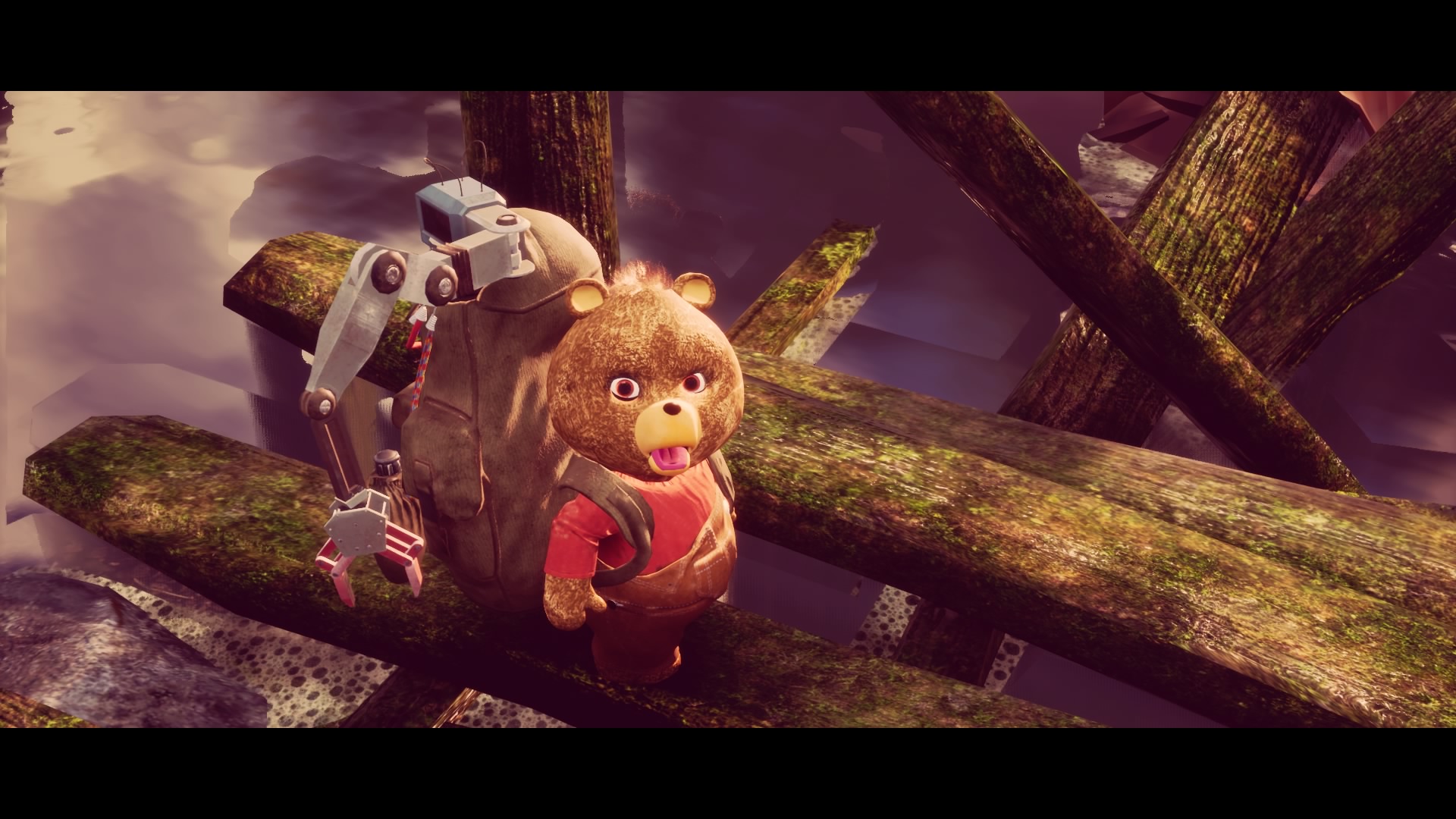 Maize is an overall decent game. Sure, the humor may or may not hit your funny bone, but the voice acting is great. The usual beautiful and detailed visuals expected of walking simulators, which fans of the genre will like enjoy, is there as well. However, if you are looking forward to putting on your thinking cap to solve the puzzles, you may be disappointed on this front as the only challenge you will have is trying to find the necessary item you need. It is also a toss-up with the story. There are a lot of story points that are brought up once but never touched upon again, especially ones that show up late in the game. I have to say, I do love the way they showed the relationship between the two scientists, Bob and Ted, who are undoubtedly tied to everything in some way from the post-it insights. Maize is definitely a mixed bag, and if you can get past the huge hurdle of a slow build you will have a game that can be used to relax after a stressful day, though not so much if you are on the verge of passing out due to staying up all night. So with everything in mind, I do recommend picking Maize up but perhaps wait for a discount.