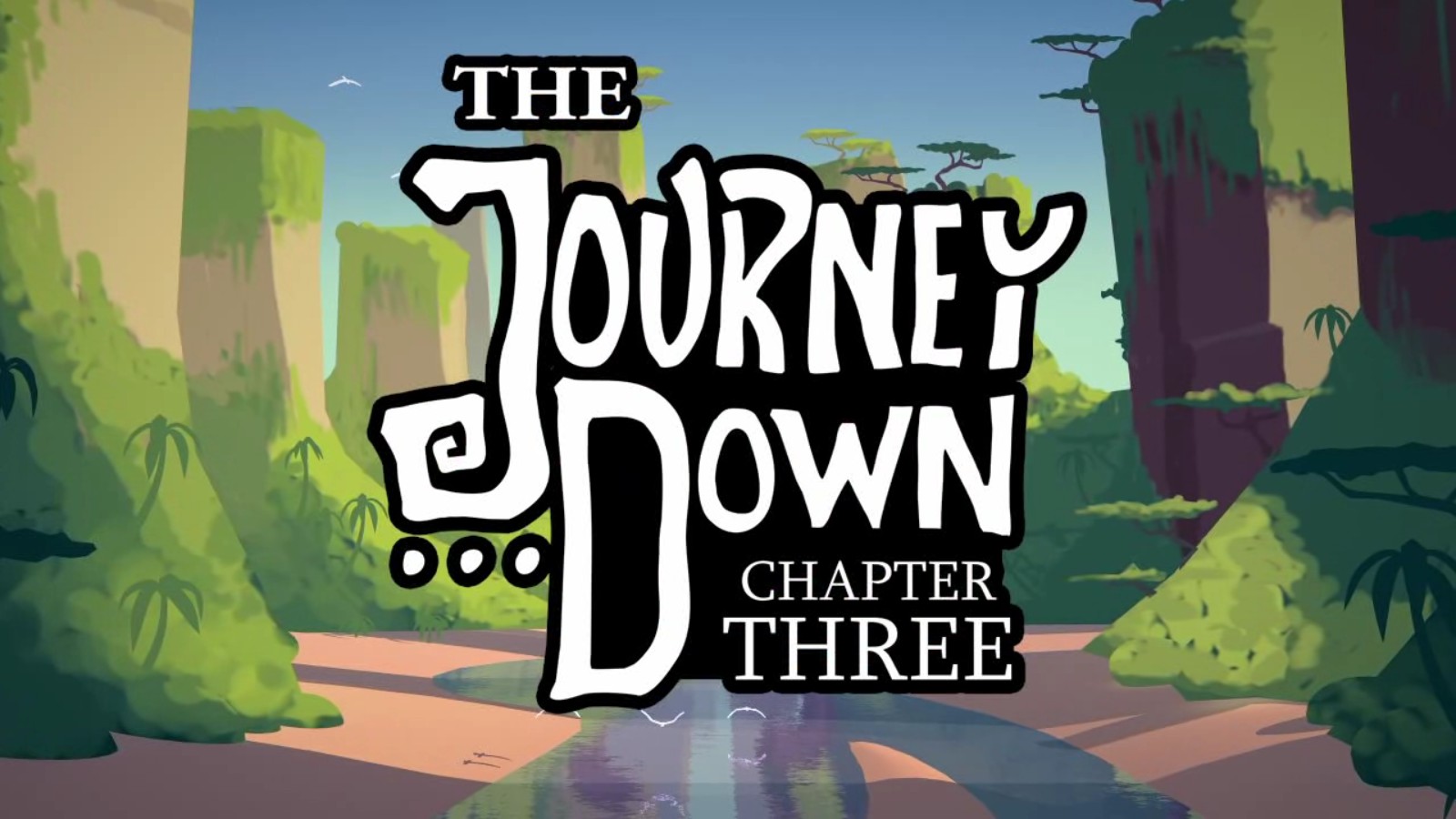 REVIEW: The Journey Down: Chapter Three

The third, and last, chapter to The Journey Down has finally been released! After four to six years since the first chapter was released as freeware and later onto Steam, and with the wait for the last chapter spanning three years, the epic conclusion of The Journey Down is finally upon us!

Like before, we come in a little bit after the events of the last chapter. Bwana, Kito, and Lina just arrived at the Underland and sailed in after opening the entrance. It has been quite a while as we see all the various locations they sailed, hiked, and climbed through. Later, coming across a temple that reveals an ancient society which lived in the Underland and, sadly, they come across mining areas set up by the Armando Power Company. Before going into this installment, I do recommend either replaying the previous chapters or looking up what happened as there is no recap. 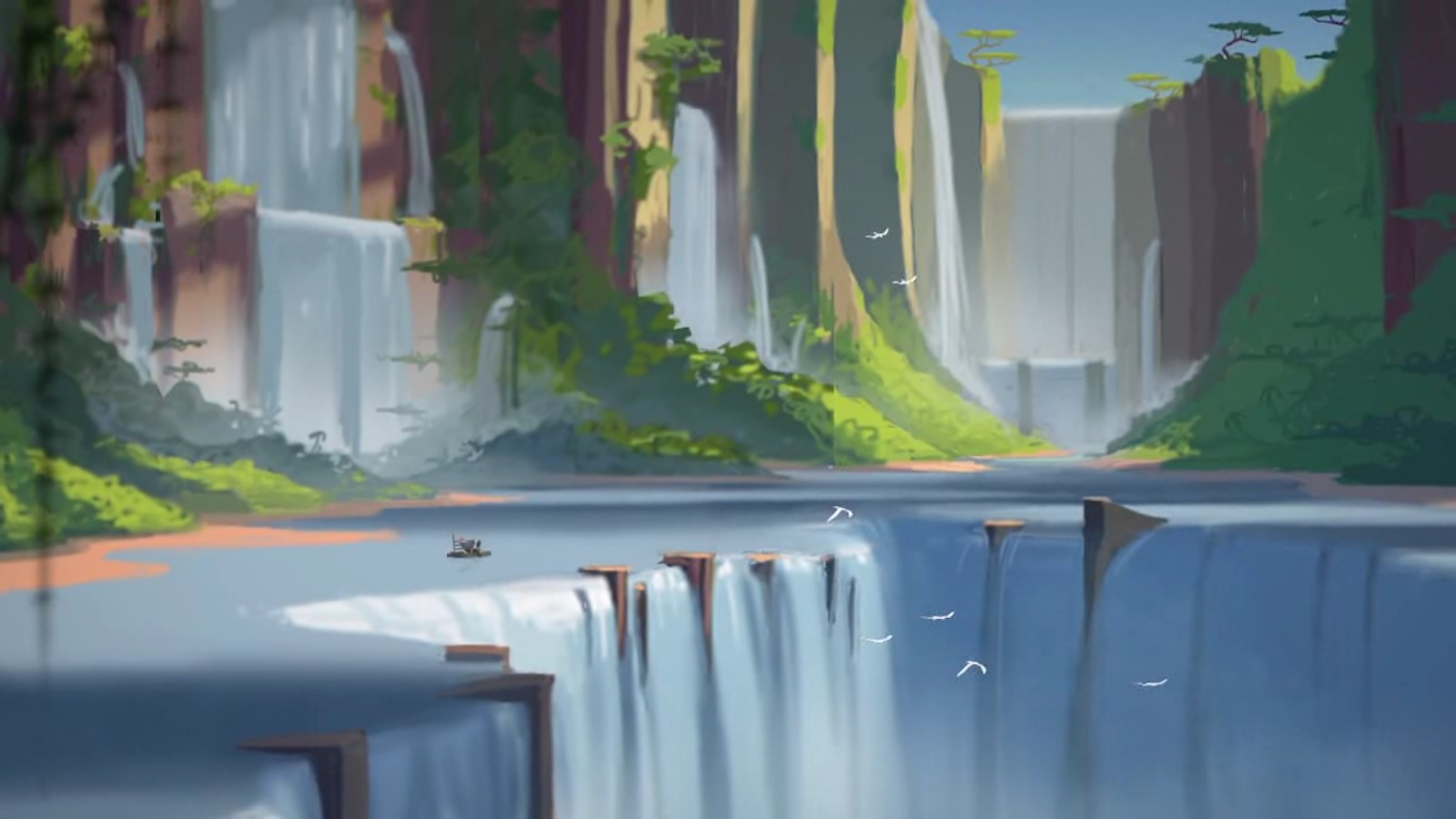 Most of the mining areas are abandoned just so they can mine one part faster. Lina, suspecting that this will spell disaster, sends Bwana and Kito off  to travel up by the bucket chain while she stays behind in the Underland. Once you get ready and jump onto the bucket chain, you arrive at St. Armando, more specifically the very place Bwana and Kito grew up in. There, you see how the situation has escalated. In the previous chapter, corruption was obvious to everyone at Port Artue; here everyone in the working class either has been evicted or threatened to be evicted with many areas having their electricity turned off. Many are protesting, but that is not stopping anything. As always, it is up to Bwana and Kito to help one of the groups prominent in rebelling: The Resistance Rockers. 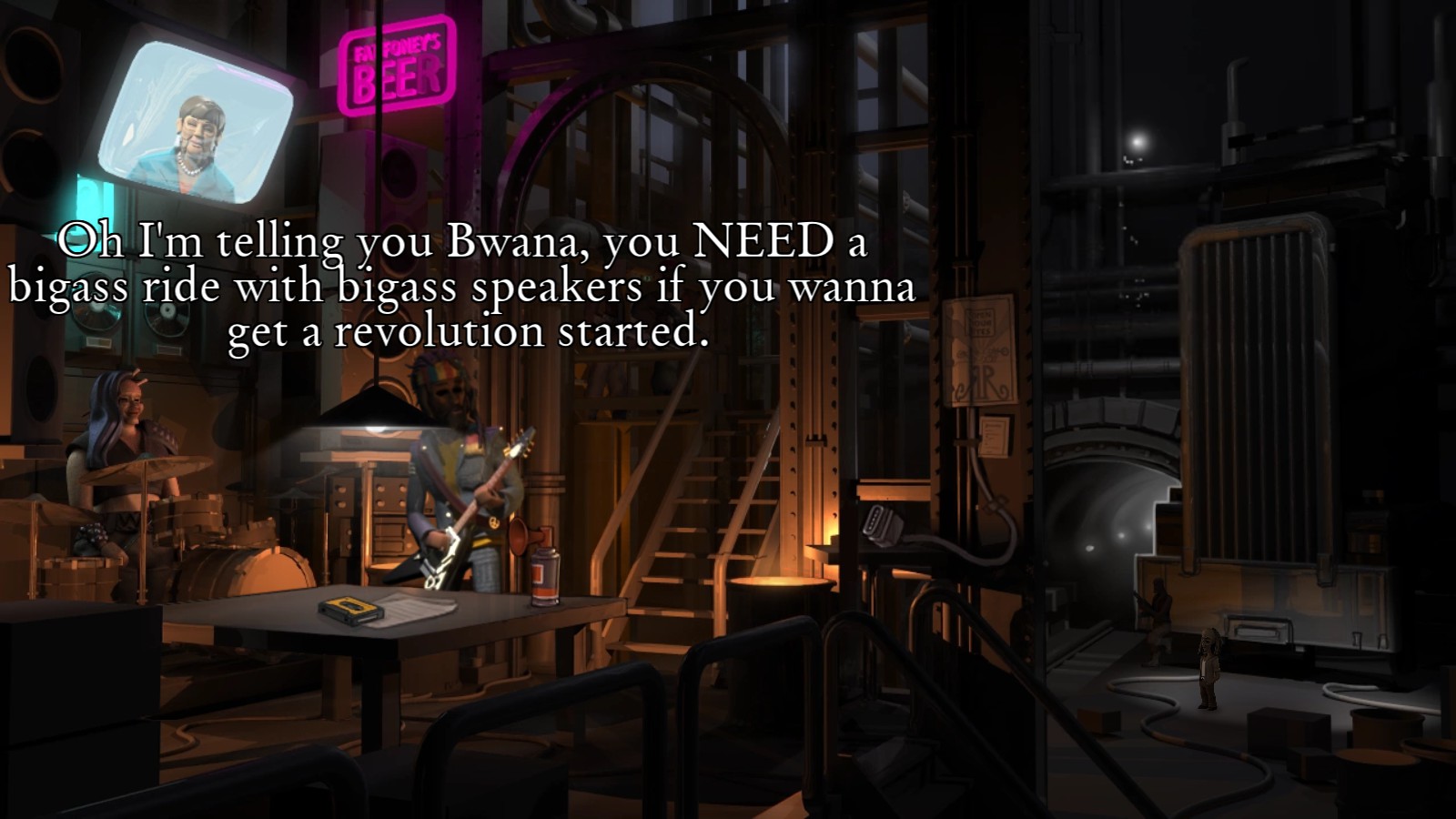 We also get to play as Lina, who is at the Underland. I rather not ruin anything that happens here, as it is towards the end of the game, other than there is a major reveal.

This time around, the puzzles were not the main focus, as the story took most of it. The downside is that most of the puzzles come off as very easy. None of them make you scratch your head, or at least for long, as the solution is obvious. The only time you will get stumped is if you are missing an item. This understandably brings the playtime down as the puzzles are so obvious that the story goes by fast. In terms of puzzles, this last chapter is weakest.

We get a mix of new characters and old characters. So of course, how is the new talent compared to the returning talent? They all bring in the same quality that has been present, some bringing in more comedy. The sound quality throughout is better, except in one area. A returning character in Lina’s section yells at one point, and it sounds like they tried to make her sound like she’s yelling without trying to kill headphone users…it made it worse. 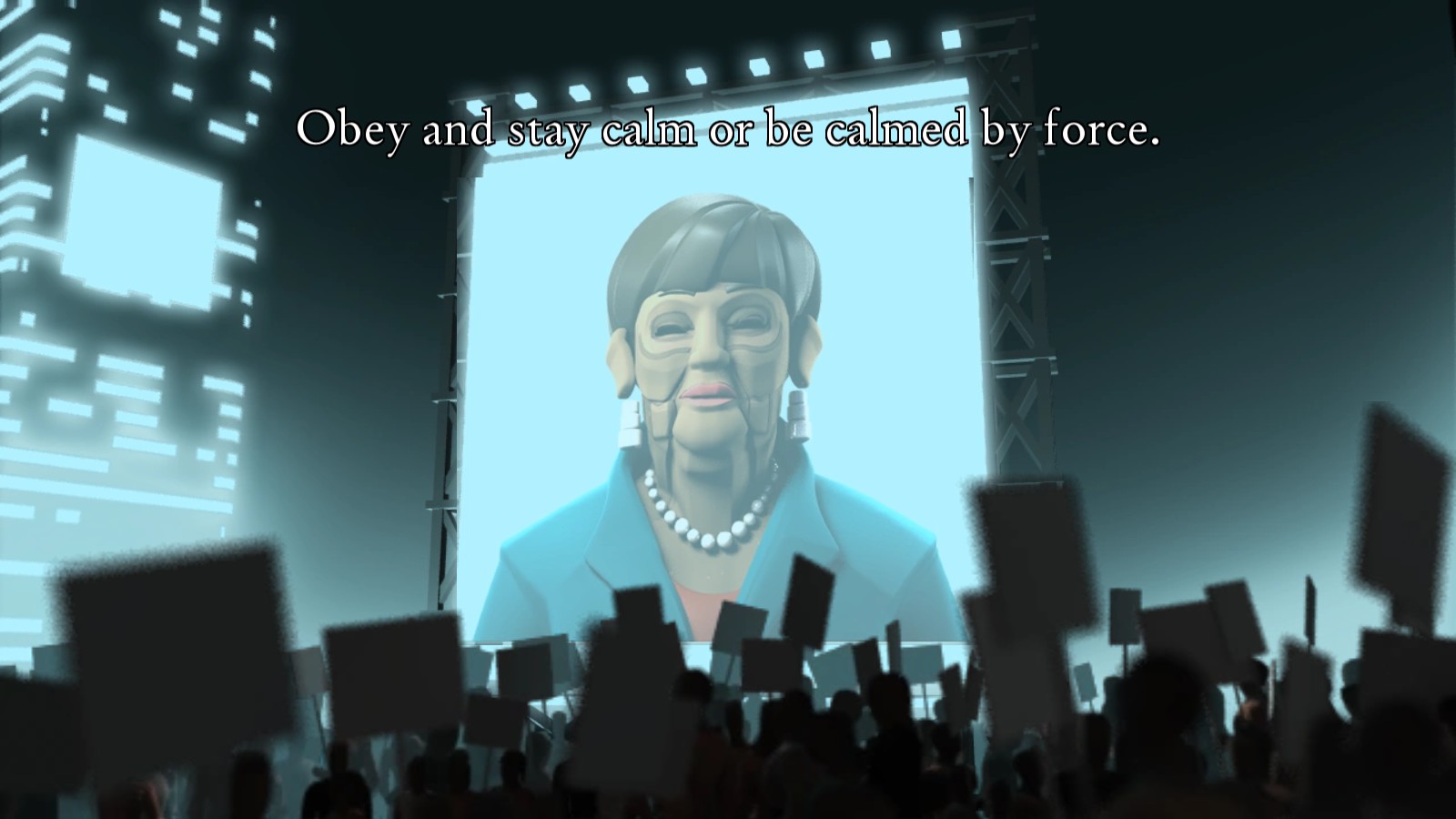 The Journal of the Journey Down does not seem too important. Lina seems to already know everything that was in the book. And even then, it was not really needed to infiltrate the Underland as, by the time we get there, we see that the Armando Company already built equipment and started mining areas. There is also a scene where the Armando Power Company boss somehow got the book but did not show a scene that explained this. Though Lina carried on like the journal was not needed, so maybe they should have copied the pages with the map and hid the journal somewhere. It really just seemed to only be helpful in terms of bringing back Deities and the maps it provides if you decide to enter without an aircraft.

This also goes into how little we actually are in the Underland. We spent two chapters building up to this, but we only stay for two chapters of the story. It felt like there was more they wanted to show us that was not just in cutscenes. It does go in the same pattern of still mostly playing in a civilization, but there is a reveal that happens later with Lina that could have worked better if Bwana and Kito did not leave. Though with the direction that it took, this might not have been possible as most of the plan to bring down Armando Power Company was made on Bwana’s and Kito’s side of the story.

One of the weird changes was the soundtrack. Here, it seems to be going for more of a rock and roll sound, with the Resistant Rockers group and only a hint of Jazz here and there. This seems like a random change considering the first two chapters predominantly showcased Jazz. Though this does not mean the soundtrack is bad by any means. It still was mostly pleasing and really only one cliche track that played twice towards the end that sounded out of place from the other tracks. 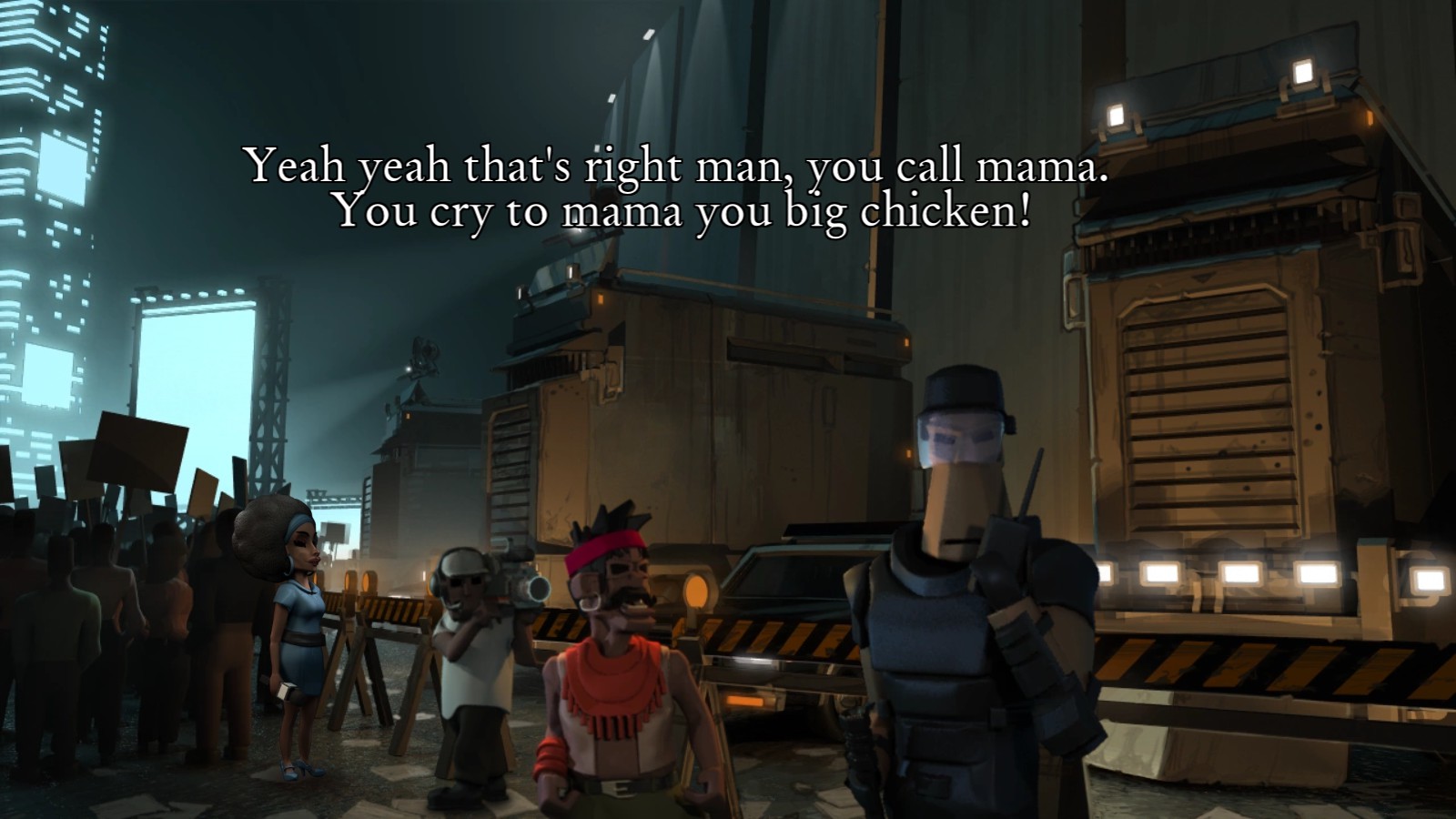 The trilogy has finally been completed after many years in the making. The Journey Down: Chapter Three concluded the series in a way that was great. Despite some rushed parts and not focusing much on puzzles, the ending scene is unforgettable. Even bringing in some callbacks to chapter one that was included pretty well. Overall, I loved the series even though it may not have been perfect all the time. I do recommend this, but only if you liked the previous chapters because it is those really need to be played in order to understand how everything escalated.