Many patches and DLC later, we’re finally back (mostly) where we were with Blood Bowl 1 Legendary Edition, is it worth your money?

Well, it took Cyanide long enough, but we’re back where we finished Blood Bowl 1 at.

I’m not totally sure if I should applaud them or go “WELL IT TOOK YOU LONG ENOUGH”, but at last, we’re here. Blood Bowl 2 has finally got to the point where it’s a like for like comparison to BB1CE (the last iteration before the new game came out). Those with long memories will recall that BB2 started with a measly eight teams with two more tied to pre-orders. It took gradual additions of more DLC teams (free to those who bought in early but paid for those who didn’t) along with the recently released expansion to bring us to near parity. The only differences are that BB2LE has Brettonian and Kislev teams and lacks the Khorne team from BB1CE (an omission I fully expect them to fix in due course). 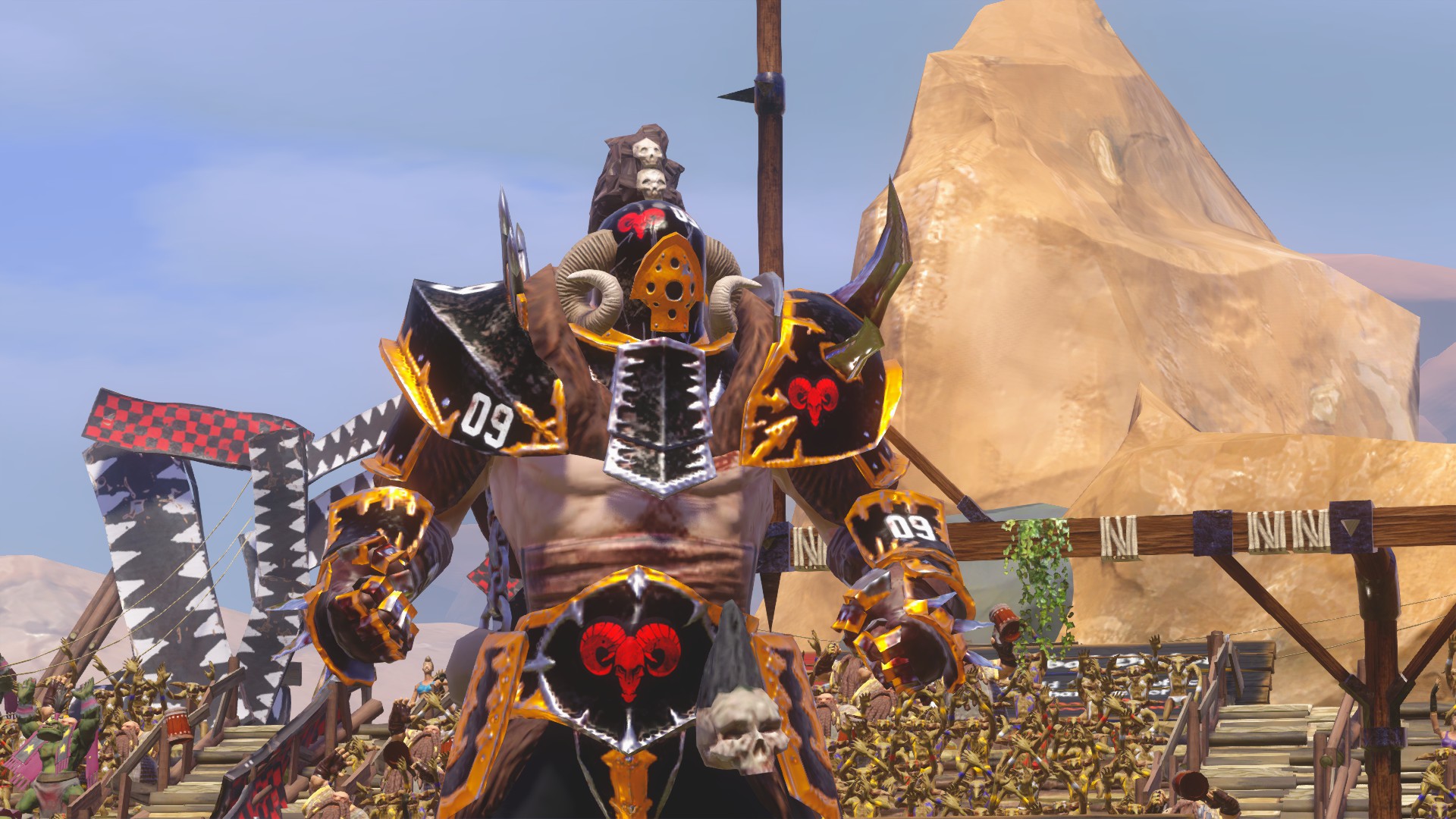 The twenty-two other teams are represented in their full glory from Chaos Edition (sans the visual changes as they level, again, one of those other omissions that could do with a content fix in the future) and the bump in visual fidelity from the first game is a welcome addition. The stadiums, the players, and everything in between have had a welcome coat of spit and shine that has ensured that the game should remain relevant for some time to come. The additional stadium (suitable for eastern flavoured teams such as the Khemri) is a welcome addition, along with Orc Cheerleaders (which is an image I will never be able to unsee) again adds welcome variety, we could benefit from Undead Cheerleaders, Elf Cheerleaders, and Dwarf Cheerleaders along with a Daemonic Stadium and a Tribal/Norse/Amazonian Stadium to give us enough variety that teams do not feel quite so indistinct though. 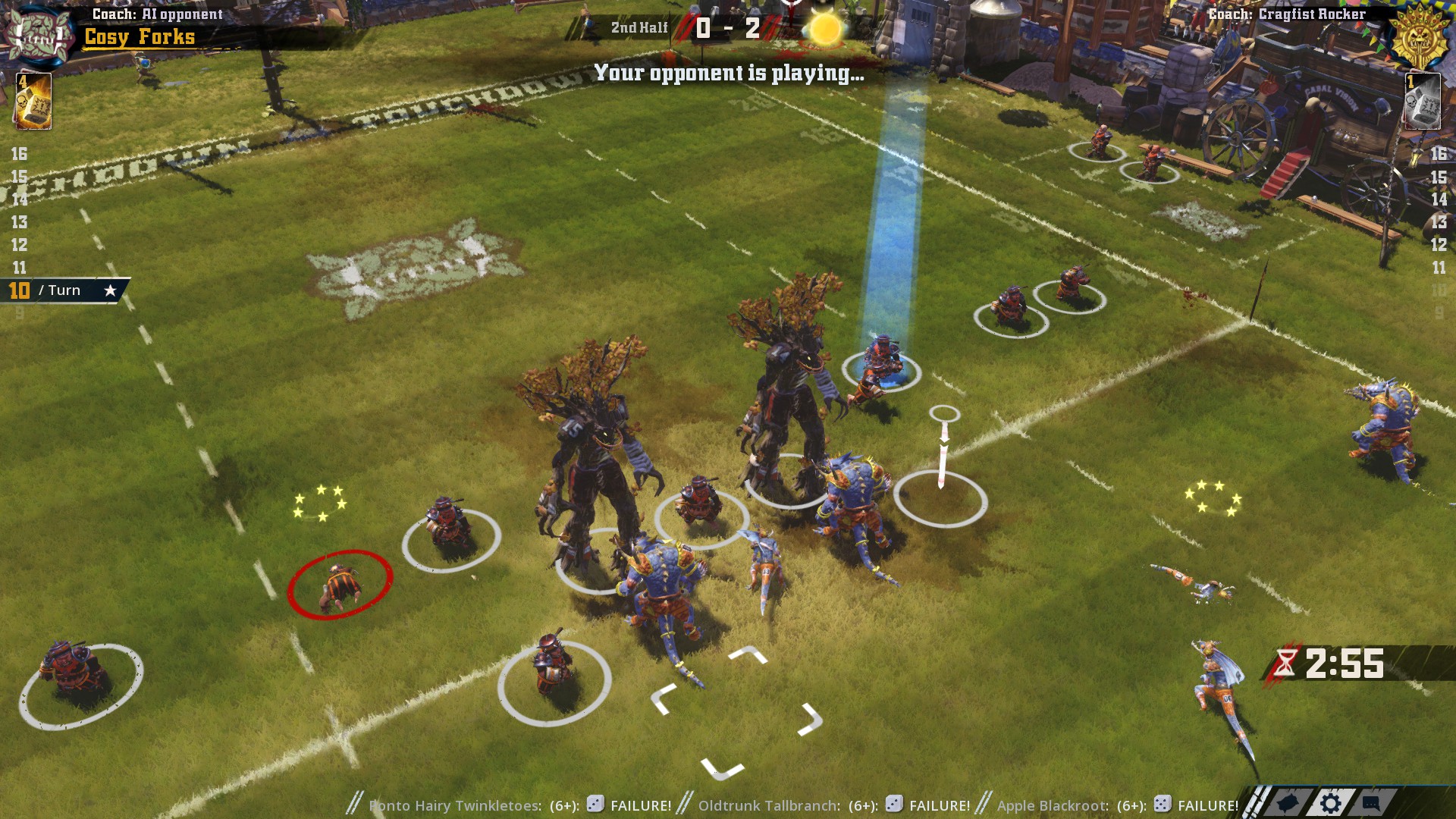 A less welcome return is the commentary which still remains very shallow and is missing a lot of variety and depth that would be expected from sports games as a whole. Generally, there are a few racial specific speeches, some race “pair” speeches at the start, and a handful of more generic speeches and you will have heard the lot within a dozen games and by the second dozen, you’ll be considering muting the commentators. The rest of the audio is “forgettable” and if there’s anywhere where Cyanide could also pour a bit more into the budget for a final expansion to complete the BB2 experience, the sound is one of the areas I’d suggest more investment in.

As for the teams themselves, the twenty-two that carries over from BB1CE are carbon copies or very close matches so there’s really little to add there, the two “Original” teams we see in BB2 are the Bretonnians (Nobles and Peasants) and Kislev (A cross between Norse and a Circus act). Kislev is -by far- the more interesting of the two with a far more tricky playstyle and a need for good positioning and off-ball play determining the ability to succeed, the Bretonnians function as a “slightly different” human team with lots of Wrestle thrown in to help cover for their linemen being a bit below par. Having Khorne return would add another genuinely interesting team back in. 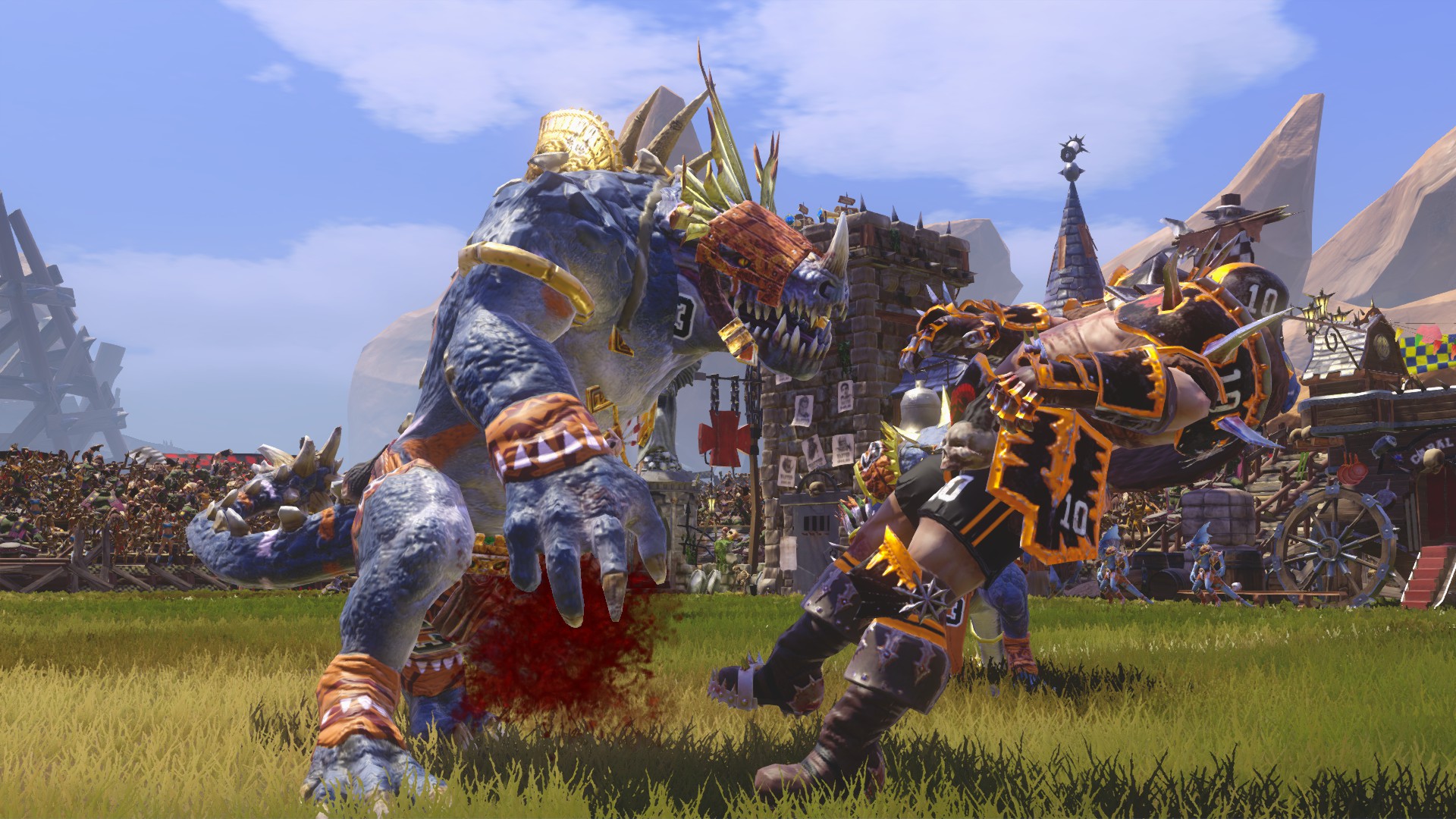 As for the gameplay, my focus is on the single-player side, not the multiplayer (as yet) since that would take too long to get a proper handle on within the scope of this review. Suffice to say the AI now puts up a much more respectable fight, though once again the AI is still making some wonderfully silly decisions such as blitzing a target who the blitzer is right next to, or not targeting the ball carrier even when the runner is within TD distance. However, on the positive, it’s now ensuring that it does stack up, cage, and force block targets into the crowd reliably, as well as use secret weapons without wrecking their own team in the process, so hey! The AI is certainly enough to give you an acceptable run for the money now. It even uses the petty cash properly as well. It will need multiple patches before it gives BB2 veterans a real challenge but there’s definite hope there.

Speaking of the Singleplayer, there’s a new addition which makes a welcome return from the original – Eternal League – Which is essentially where you draft your own team and then play through seasons of a constantly evolving league with a pool of AI teams who you run into playing actual competitions which can involve conditions and rules being applied, as well as tournaments for trophies, both minor and major, but without the constraints of campaign mode. This “sandbox” league mode was an omission back at the release of BB2 and the return corrects something that was sorely lacking, and with its return, gives Single-player Blood Bowlers the chance to throw themselves into something meaningful outside of the Campaign. 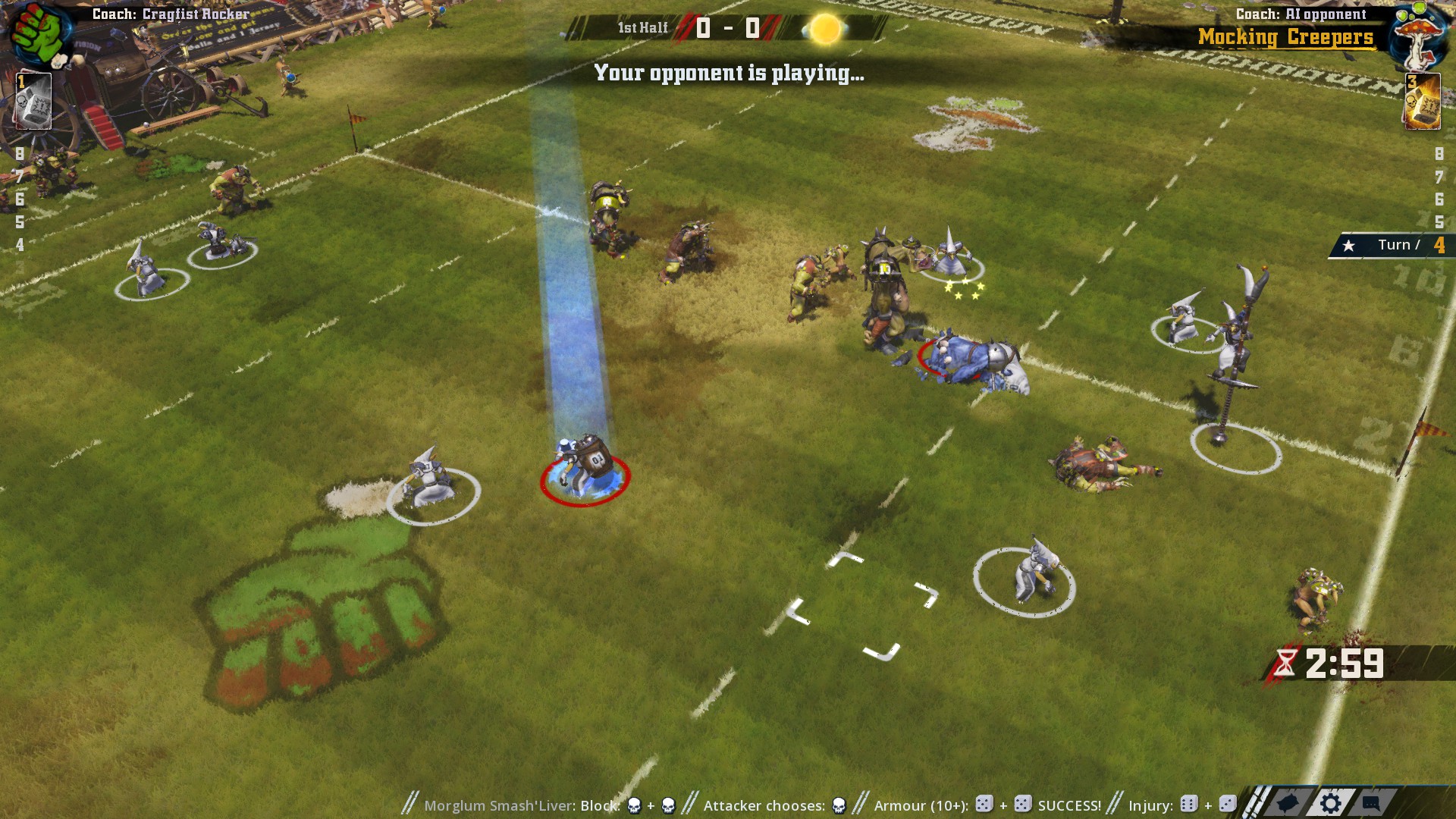 So. Where does this leave BB2? Actually, in a pretty decent place, the AI is far from perfect and there’s still stuff that needs to be added to get the game into the place it needs to be before it’s fully polished and something I can classify as a game I’d recommend without caveats. But it’s good enough to warrant investigation, and if you’re a fan of Blood Bowl, it’s possibly worth looking for on a mild discount for certain. I’m not sure I’d pay £40 for the Legendary edition as is, £30, yes, absolutely, but this is one of those edge cases where you pay what you feel it’s worth.

Verdict: Whilst not without flaw or bug, and there’s still a good number of those to solve, particularly in the single-player AI, the game is now at a point where it’s a relatively safe “buy when ready” position, it’s back to where it should be, and that’s a great relief to many BB2 fans who when BB2 first came out, were rightfully upset at the fact the game had relatively few teams and stadiums. Add a bit more content Cyanide, and we’ll be up from Save to Auto-save.

You know what to do.