Pixel Sand is a classic 2D platformer which introduces new and interesting mechanics to the usual formula.

Pixel Sand is a classic 2D platformer which introduces new and interesting mechanics to the usual formula. In this game, you will control a character who is able to wield different Elements found around the levels. These elements will interact both with each other and with the environment, creating unique combinations required to solve the proposed puzzles.

General Gameplay
In Pixel Sand, you will solve various puzzles and overcome obstacles in order to find the Exit Door and get to the next level. To do so, you will have to gather and use various Elements, such as Fire, Steam, Air and many others.  These are then used to cause unique interactions between said Element or with the environment. This fresh mechanic opens the possibility for some good puzzles. However, even with this potential, much more could have been done as far as level complexity and puzzle challenges are concerned. There are no enemies in this game, which is quite unusual for a platformer, and you have unlimited lives with checkpoints in each level, so dying is not a real issue, you just respawn and try again immediately, taking away from the challenge. Level design is pretty straightforward and a bit claustrophobic, but sufficient. There are some coins scattered through levels that will require some extra thinking to collect, but those are just there for the sake of being collected.

Content
There are 8 levels in the campaign, a level editor, sandbox mode and multiplayer, which we have not been able to test. Overall, the main campaign can take you up to 4-5 hours to complete if you really want to get all those coins and secret stuff. This is not a long game but for the price range we are talking about, it’s good content. 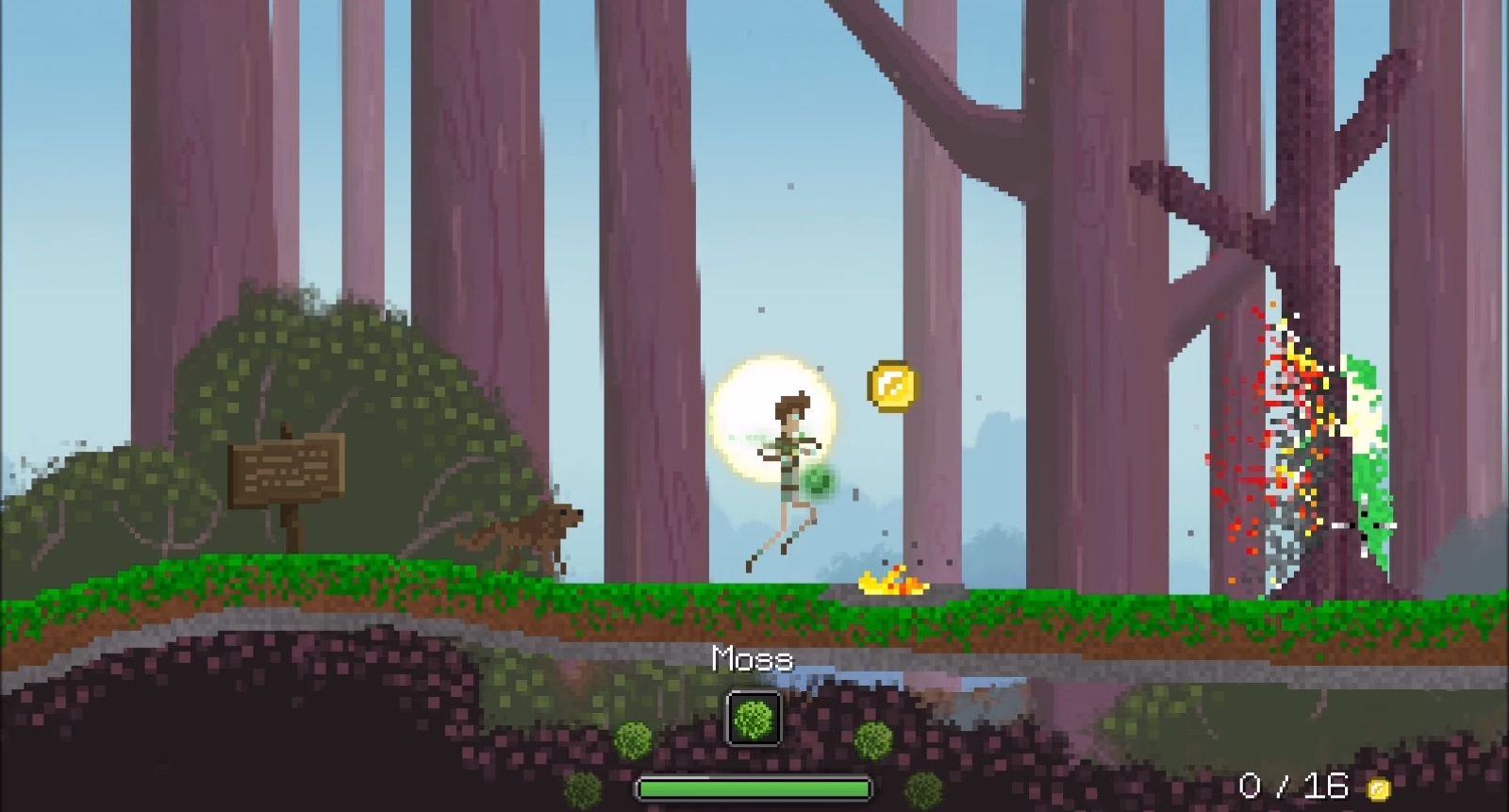 Challenge
Aside from the coins and puzzles, there are unlimited lives, checkpoints, and no enemies. This game is not much of a challenge, and apart from solving some puzzles, it won’t offer much else along the way.

Graphics
The graphics and art style are visibly retro, a reference to the platformers of old from the 8-bit an16-bit era for sure. Still, we can see some modern effects here and there, added just to make some things look better, but still keeping the retro taste. The art style, especially the backgrounds are good, but levels could do with some more detail.

Sound
Here, we encounter some pretty retro standards, which is not a bad thing considering the game’s style and target. The soundtrack is fine, as are effects, however, nothing really stands out. 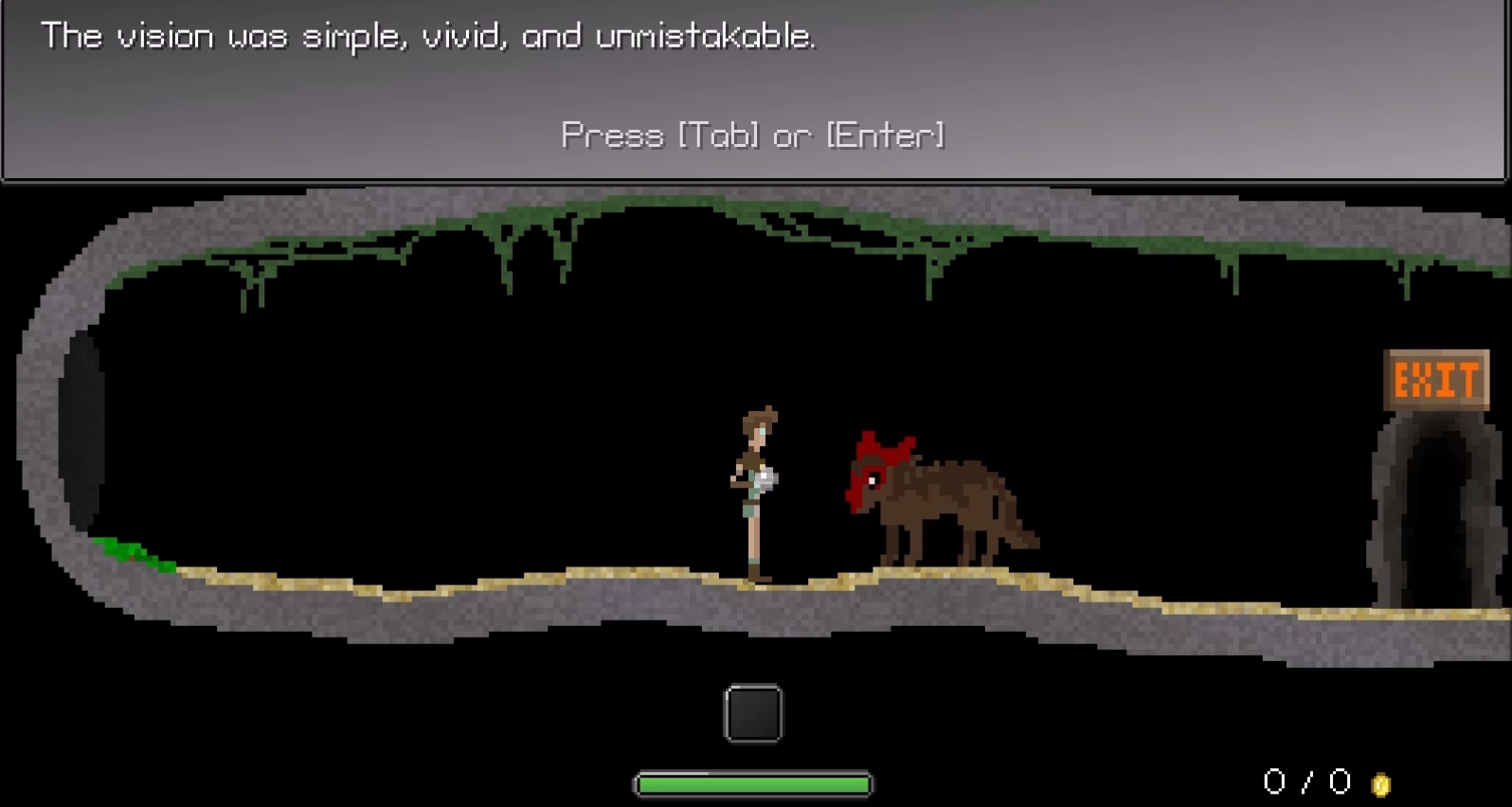 Performance
This could probably run on a potato with some wires on it.

Bugs / Issues
In some instances, I managed to get outside of the map and fall indefinitely just to respawn myself, but aside from that, i saw no other bugs apart from some “holes” in level design.

For the price, this is a decent platformer with some fresh ideas to pass a few hours. Poor longevity and insufficient complexity of levels, combined with a reduced challenge with unlimited lives, do take away much from this game, which could have been much better with the potential of the mechanics in it.