A Steampunk multiplayer survival game, clearly inspired by Life is Feudal and perhaps even Rust. But does it manage to be fun?

Steamhammer claims its spot as the “first ever Steampunk-themed survival multiplayer game”, featuring a sandbox game alongside steam machinery. It not only claims to be a pioneer in such a niche, but its mechanics are also referred to as “hardcore”. Players are thrown in an alternative timeline, at the end of the 19th century, where they can take roles as industrialists, explorers, artisans, and so on. The game does not present gamers with objectives, instead leaving them to their own creativity on a mysterious island populated with other players. Once there, they can partner up with others, become enemies, or just ignore players for a PvE experience.

One of Steamhammer‘s major features is the possibility of founding a village, colonizing the area with friends, and developing its industry with big factories, which are used to further in-game technology progression. For example, a steel-manipulation factory is used to create special resources for higher-tier items such as weaponry, jetpacks, and airships. Those airships are also steampunk themed, and players familiar with Guns of Icarus will surely enjoy building their very own airship in a persistent world. The flying vessels are required for quick in-game movement between distant locations and are a valuable asset during PvP raids, allowing players to rain death from above.

Surely Steamhammer sounds very entertaining, there is no doubt about that, but is there a player base large enough to make PvP worth our time? What about grinding? How much is grinding necessary to recover from a devilish raid? How do I equip tools? What are those inventory icons for? The action icons on the toolbar, what are those? Steamhammer looks interesting, but what about these problems? A tutorial, other than a field manual, would surely come in handy, making the game easier to play and may even get new players to come back for more. SaveOrQuit reviewer JimDeadLock agrees with me that the game looks like it was made specifically for those who already know how to play it.

Steamhammer had its release recently on May 12, an important point to keep in mind when judging the player base of a new indie MMO targeting a niche. According to SteamCharts, in the last 30 days as of this writing, the average number of players online at the same time was 88, a 17.1% positive increase when compared to May (12-31). So the player base has not been shrinking since release and the game seems to be gaining players. But do they come back? And if they do, are they spread thinly across multiple servers? MMOs that do not manage to keep an active player base end up losing their momentum, and, really, what’s the fun in PvP on a small server? 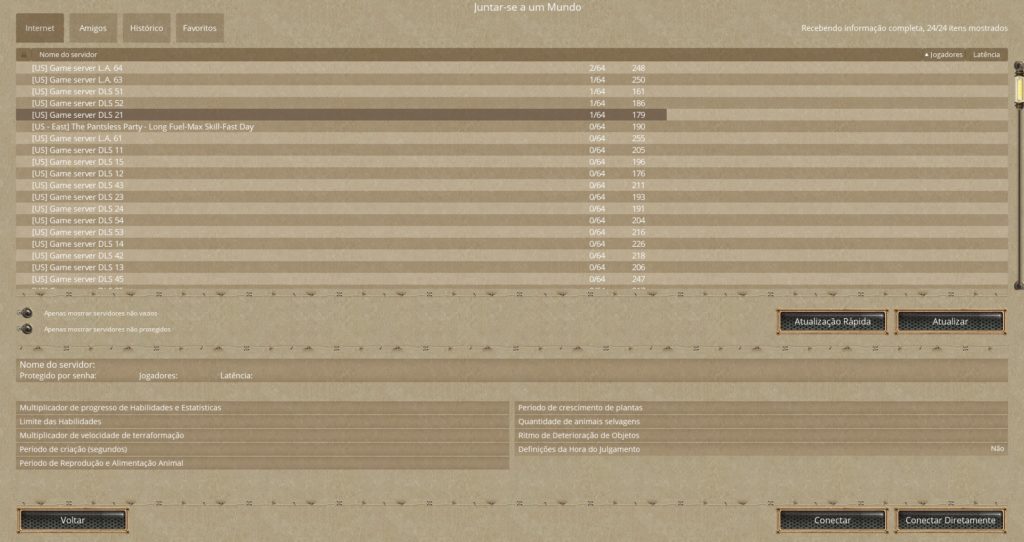 While Steamhammer is based on the Life is Feudal engine, its concept of survival is, in a sense, more similar to Rust‘s. Here gamers are thrown on an unknown island with the sole goal of surviving, starting from scratch and fending off vicious animals and human raiders. In both games, base building and mutual cooperation, with the eventual risk of betrayal, are crucial to setting up raiding parties or alliances, which seem to be a major concept in the game after obtaining airships, combat jetpacks, and some sweet weaponry. It is sad that the game does not flow as smoothly as Rust. This is mainly because of Steamhammer‘s steeper learning curve, due to machinery and a lack of instructions in game on how to work with the tier progression system. 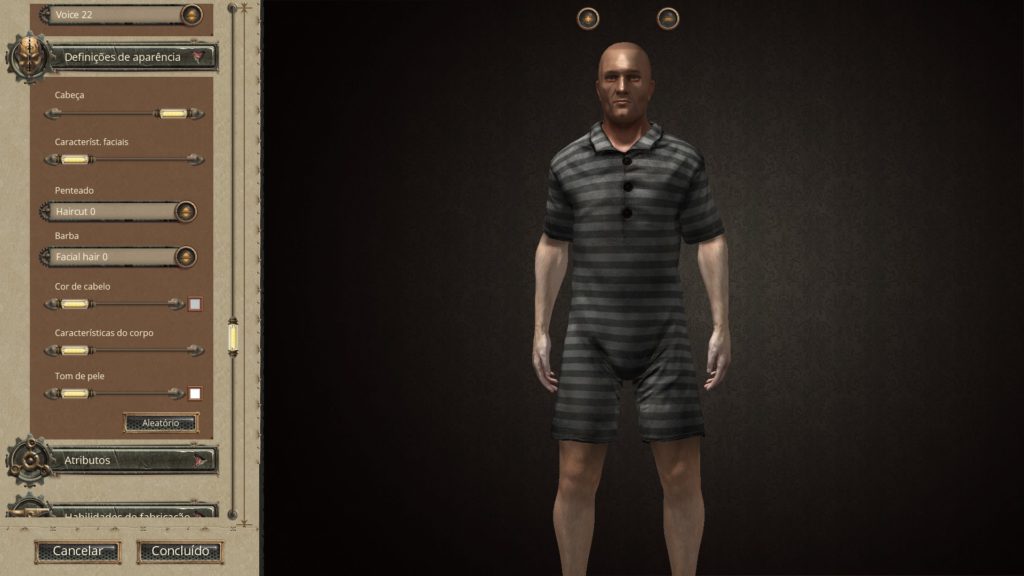 The game has no single player at all, forcing players to create their own private servers or join an existing public server. After picking a server, players are presented with the character creator that has configurable heads, facial characteristics, hair cuts and colors, skin tones, RPG-ish ability points, and voice selection. While the server browser isn’t a complete wasteland, players are likely to end up on servers with only small pockets of players (1-10), which can be unappealing for many.

In game, characters are randomly placed somewhere on the island, where they may contact other players and start gathering resources. As a first step, players must gather wood from nearby trees. While it isn’t possible to punch them, trees can be harvested for their branches. This works as a low-tier alternative to logs and charcoal, and enables players to fuel furnaces and smelters. Branches are not only useful for crafting but cooking too: fuelling fireplaces and allowing for delicious cooked meals.

I recommend that after you gather some very useful branches, you create a fireplace for some much-needed illumination during the light, and for sustenance. Hunger is an in-game factor, represented by the nameless green label at the bottom-left — at least it is probably related to hunger as it increases when eating food. There are no labels, so it’s hard to be sure. In the following days, you may decide to move to better terrain or start building your very own village right there, with the possibility of building roads using shovels for terrain manipulation. This is a very interesting mechanic that allows for digging, height increases or decreases, road building, and the like. The same goes for a pickaxe, depending on the terrain. And yes, digging does gather materials, but nothing very useful apart from dirt and stones.

Before creating your own factories, getting individual machinery is crucial. As I said before, the game works on a tier progression system, where technology is structured into tiers and certain resources cannot be manipulated if the Smith is at a low level in that art. Remember those ability points shown during character creation? Depending on the distribution, they may make it easier to progress from one tier to another as Smithies practice. This is one of the things that makes Steamhammer so intensively grindy: there is a large amount of repetition and time to get to the next tier level and unlock smithing goodies. Those goodies might be needed items or metal for a task, with each bit of the recipe having its own repetitive crafting required.

A quick example of such repetitive grinding is my first experience with Steamhammer. Shortly after spawning, perhaps half an hour later, I arrived at a pretty, abandoned house with some smaller wooden structures around it. To my surprise, I was able to claim it as my own. Near one of the steamhammers — in-game machines — I found some baskets filled with materials, such as copper. After taking the copper, I decided I should try out the machines.

It was a bit repetitive, having to use a furnace to make the copper into copper ingots, followed by using the steamhammer to turn those copper ingots into tools. It might seem like a simple two-step process, but it also takes time for the furnace to convert the ore into an ingot, and I’m sure whoever collected the copper I stole had a very boring time getting to it in the first place. In the end, I crafted a hatchet of sorts and a shovel. Interestingly enough, the hatchet could not be used to take down a tree whereas my scrap machete could, and the shovel could be used for terrain manipulation. I don’t know what ability a copper shovel has compared to lower-tier shovels, as they both likely do the same thing, but I did not get ahold of another shovel for comparison.

Below is the crafting workshop next to my pretty house. My house even had an elevator; how fancy! If not for the glitchy grass coming out of the floor, it would have been even more fancy. 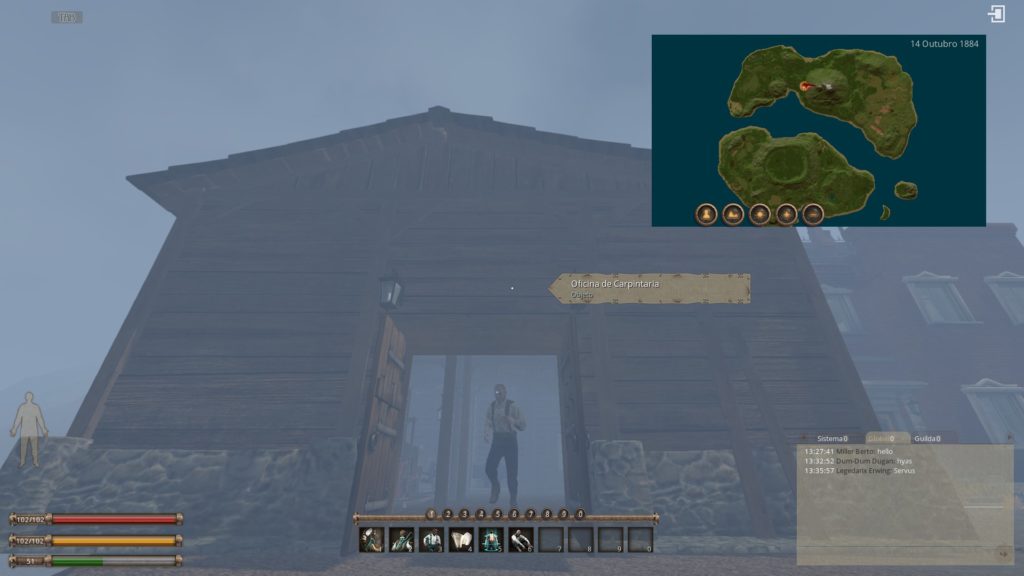 The game is heavily tier based, and this is immediately noticeable as players start gathering materials. A copper tool likely behaves better than a scrap tool, creating technology progression. Players who dominate higher-tier technology have an upper hand against all other players and are an attractive pick for an alliance. 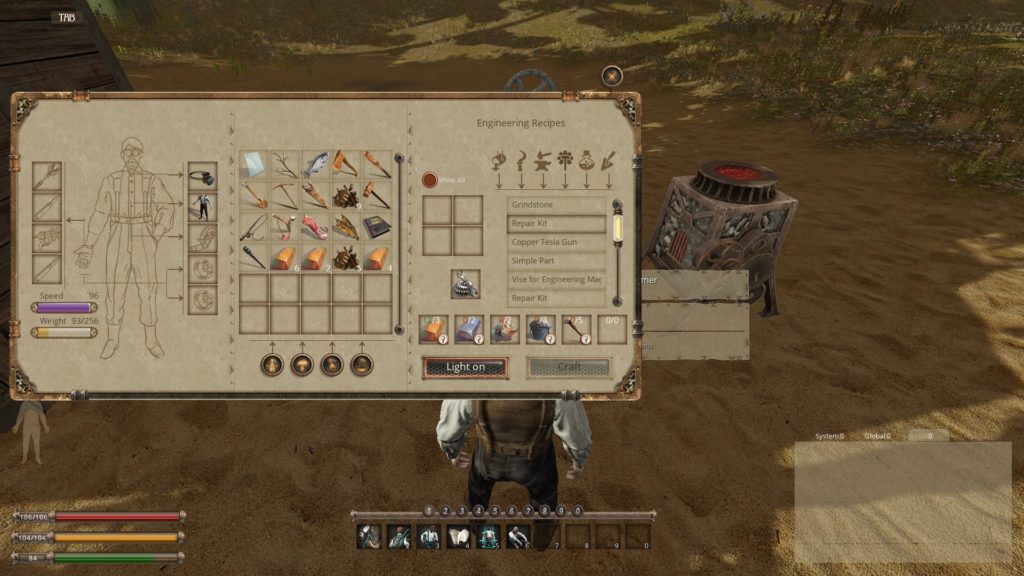 Not all available options were tried for this preview, but it does seem like the game tries to create a false sense of content by using multiple tiers of tools that, in the end, do the same things with perhaps increased speed. Nevertheless, it’s a nice factor when encountering other players, making it easier to categorize how technologically advanced they currently are in the game. The extra complexity contributes towards Steamhammer‘s grinding nature.

I don’t feel confident in giving Steamhammer a rating yet, as it recently released under Early Access and shows a lot of promise for improvement. Unfortunately, the game’s grinding nature makes it hard to showcase all of the content and mechanics included, requiring dozens of hours of somewhat lonely gameplay. A better field manual — the game’s only tutorial book — would help players to understand the mechanics better. The lack of players also makes some things redundant. Why spend hours crafting airships if there is no one to fight? Or weaponry, for that matter.

The game shows promise and it would be likely a “Pause”, if I were to rate it. Players interested in the game should keep an active eye out for sales, which may increase the player base. This should make it worthwhile to dig deeper into this survival steampunk title. With the Steam Summer Sale near, Steamhammer might seem very tempting to steampunk fans.