From the minds behind Rex Rocket comes another retro homage.

Blossom Tales is the second game released by Castle Pixel, the people who made the Mega Manish Metroidvania Rex Rocket back in 2014. I remember seeing it on Greenlight around that time, so it’s been in development quite a while, and looks pretty different from the original pitch now. But even taking that into account, it’s not too hard to look at the game see where its inspiration lies: The Legend of Zelda series. I don’t feel too bad about pointing that out, since even the game itself does in the opening cutscene by almost mentioning Link by name. That shows some confidence in the game, but is it warranted?

The framing device for Blossom Tales is a couple of kids heading over to their grandpa’s house asking for a story. After turning down one about L- up there, he proceeds to weave a tale starring the girl where she becomes a knight. Right after that, it turns out the king’s brother, a wizard, has been plotting to conquer the kingdom, and he casts a spell that puts the king into a deep slumber. She has to acquire the ingredients to get him out. I like this idea for a narrative, particularly compared to Rex Rocket which I remember getting a bit too ‘heh, video games, am I right?’. The kids interject regularly to make commentary or ask questions, and there are even little introductions when you resume the game depending on where you were in the story. Oddly though, only the girl actually seems to be in the game so far, so I guess that says which of the two is granddad’s favorite. 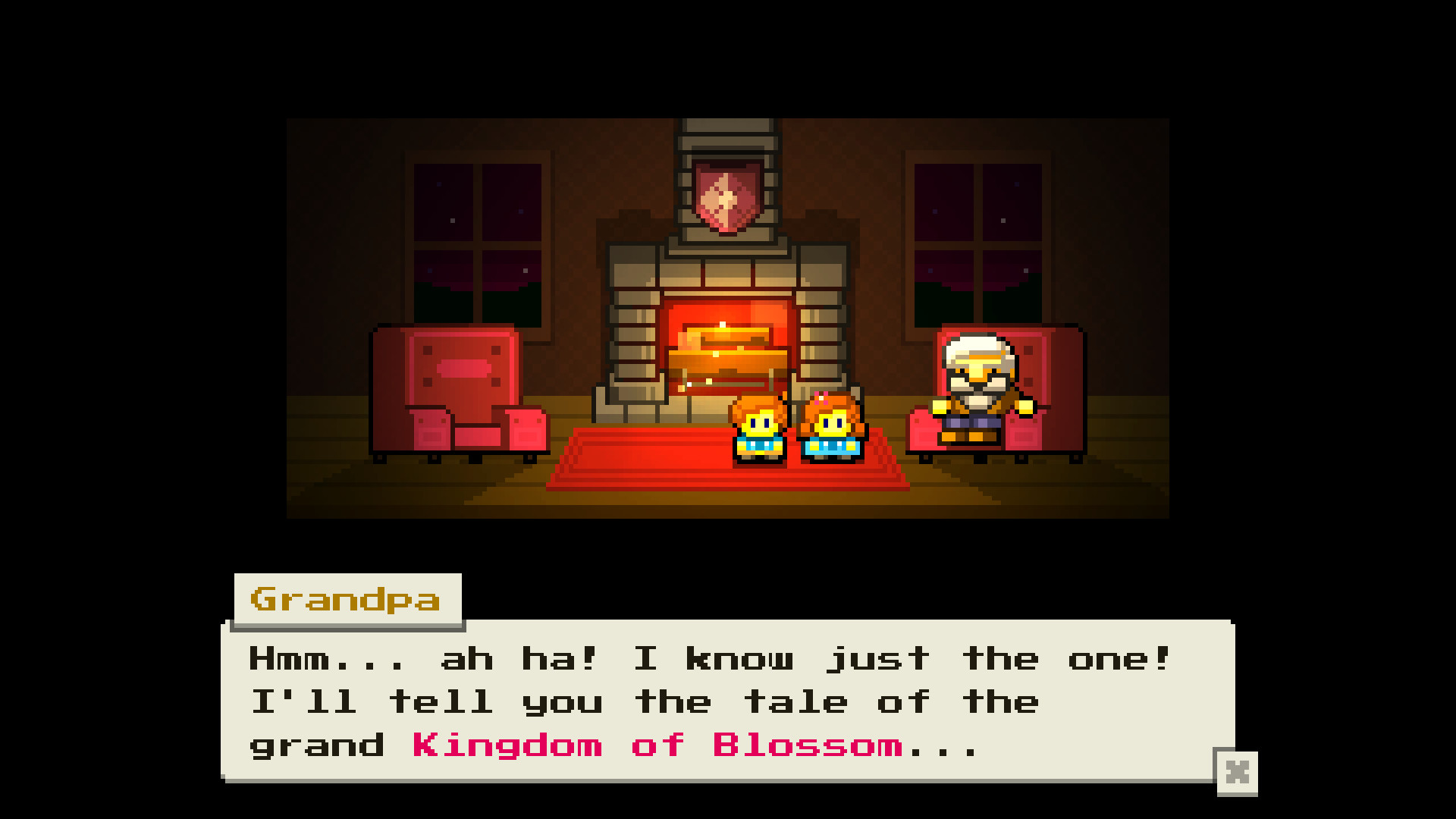 If you’ve played any of the conventional 2D Zelda games, that’s essentially what you’re getting as far as gameplay is concerned, but the general feel of the graphics and the map remind me a lot of Link to the Past. You start with a sword and shield and get various extra tools, all of which you have three slots to equip in. There are various secrets to find and quests to undertake, and dungeons which mix combat and puzzle-solving. So far I have bombs and a bow and arrow from the first and second dungeons respectively. They’re generally used for what you’d expect: if you see a crack in the wall you select the bombs, if you see a bulls-eye or a faraway switch you pick the bow.

Instead of having ammo for stuff that would take it and a magic bar for everything else though, like Link to the Past did, Blossom Tales has them all use up an energy bar. I feel like they were thinking that way you wouldn’t run out of bombs, arrows and whatnot and have to go grind more – the first boss required using two things that would have taken ammo in a Zelda game, and maybe him dropping items was tricky to code. But having everything take energy from one source means a lot of the time I found myself standing around waiting for it to recharge, since there were a lot of puzzles that needed your items. On the flipside though, this does mean you can freely use them on normal enemies without worrying about needing ammo later, which is more interesting than just using your sword. You can also find extensions to the bar, much like you can your health. 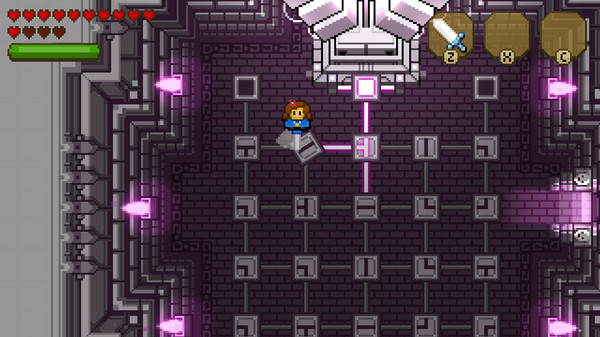 There’s also another thing Blossom Tales doesn’t do (to the best of my knowledge, I could be wrong) that Zelda typically does these days: having all your sidequests listed somewhere. As I said above Blossom Tales has numerous errands you can perform, like gathering materials for a sword upgrade to delivering letters. But the game seems to expect you to remember where you got these quests and what you have to do for them, as there’s no convenient way to check that. There is a text log, but it clears itself every time you turn the game off, and even then scrolling through everything that’s been said is a bit clunky for that purpose. There are teleport pads you can find for fast travel, but you still need to remember where the character you’re looking for is, since the map doesn’t help with that.

The game is also pretty easy. Not that Zelda titles are ever really hard, and Rex Rocket was hard enough in a bad way to make me appreciate a game that takes it easier, but by the time I got to the second dungeon I had seven hearts on my lifebar and was halfway to an eighth, just from exploring a bit. That would be unheard of in a Zelda game, and none of the pieces for them were difficult to get. Hearts are also plentiful, and you find full-heal potions somewhat consistently. That’s not necessarily a bad thing, but it means some screens or even bosses can just be blundered through when you can take at least fourteen, which seems like a shame since they were well-made. 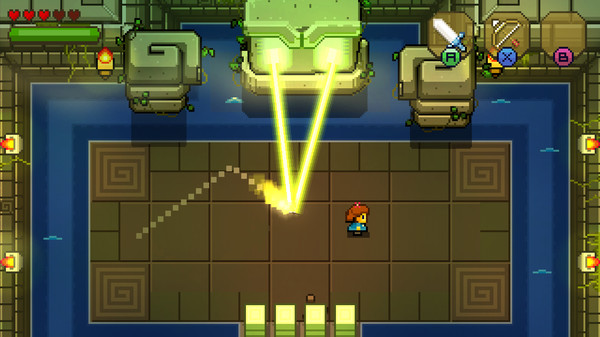 Overall I’ve had some fun with Blossom Tales. It’s unabashedly Zelda, but I found it a good recreation, one with effort put into it. If you’re looking for something new in that area, I think it’s a good purchase at fifteen dollars if you don’t mind the issues I mentioned.