WARTILE is the work of Playwood Project, and it has been in development for a period of three years. Despite only just being released in Steam Early Access, it had a free demo and closed alpha tests before that allowed to shape the development cycle of the game and impact the product that’s available right now.

Essentially WARTILE is a real-time strategy game with party customization and collectible card mechanics with an emphasis on unit placement. It’s a game where you’ll lead a group of Vikings through a series of beautifully handcrafted diorama battle boards as you attempt to complete a series of objectives in order to succeed. Currently the game offers a one versus one multiplayer mode and four single player missions which supposedly correspond to a quarter of the final campaign but there isn’t really any kind of storyline integrated into the game as of yet, other than some minor mission descriptions. With that said, I have yet to find a multiplayer match, probably due to the fact that there just isn’t enough people playing it. In regards to the missions, these take place in open battle boards and each of them can be played in three different difficulty modes but you must beat a mission on the easiest difficulty in order to unlock the next difficulty mode.

The game handles fairly well by allowing you to move the camera around by either using the mouse or the keyboard. WASD or left click and drag will move the camera around, while Q and E or right click and drag will rotate the camera. In the same sense, you can also zoom in and out by pressing R and F or by using the scroll wheel. In terms of the actual pace of the game, it plays out in real time but you need to individually drag your units to the tile you want them to move to. With that said, after moving a unit you’ll have to wait for a movement cooldown to wear off before being able to move that unit again. Sometimes you’ll find yourself surrounded or with the need to control multiple units in a short time span and that’s when I’m glad the spacebar exists because it allows you to slow down time, even though I would’ve just preferred a pause button. Still, the movement cooldown helps mitigate the overwhelming task that controlling every single unit at the same time would otherwise be. 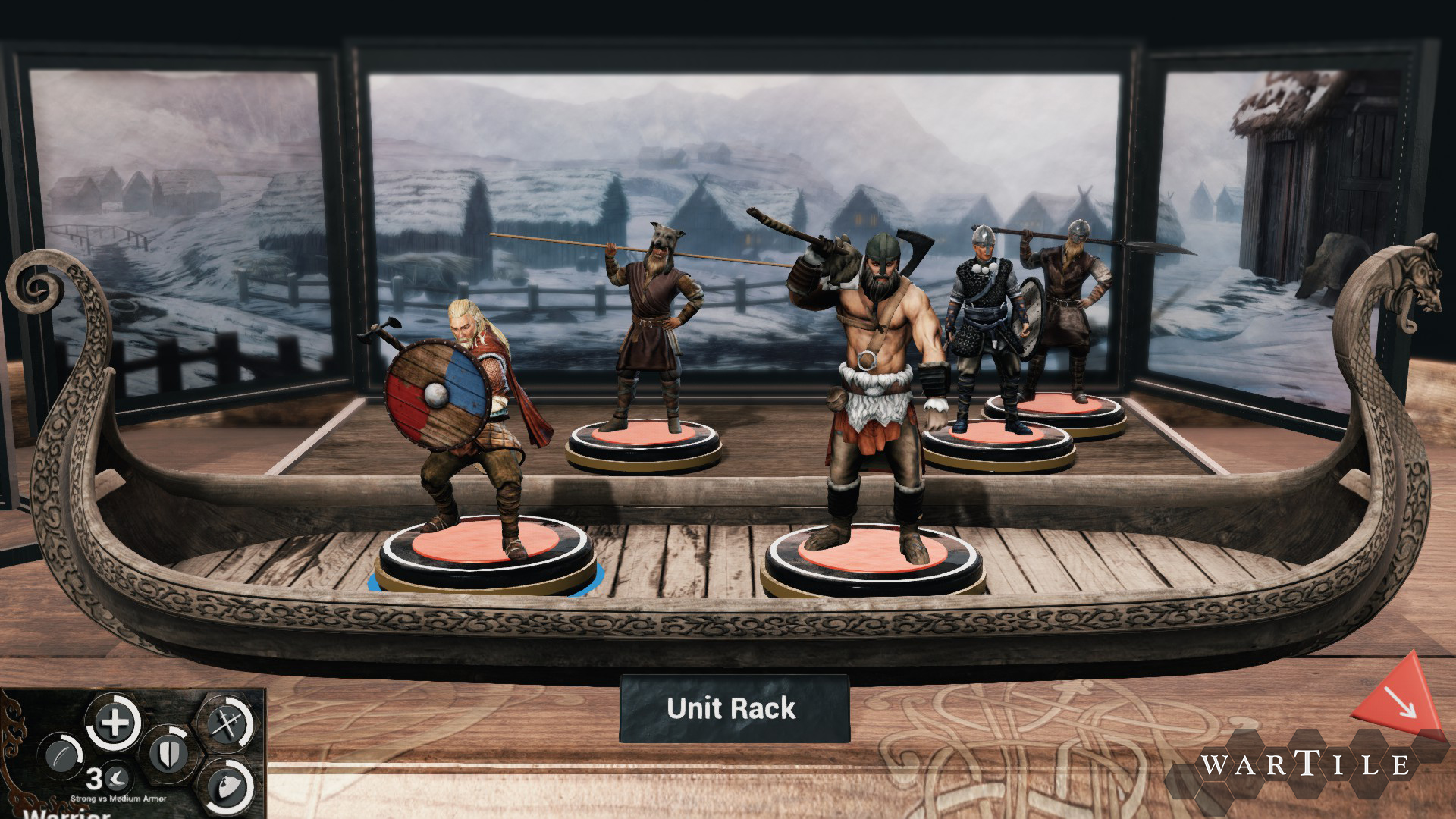 As far as combat goes it’s fairly simple to get a grasp off and is very intuitive since units will automatically attack any enemy within range and, in the same way as movement, attacking also has a cooldown to it. The outcome of each attack is the result of a unit’s attack and defense skill, armor, damage, equipment, position and potentially other variables. For example, attacking from an elevated position gives you a defense bonus and, in the same way, so does flanking provide an attack bonus. Customization is vital in order to succeed as you progress and you can customize your characters by equipping them with gear that can provide either defensive or offensive bonuses. Besides that, each unit can also carry with them cards and tokens, which also provide passive stat bonuses.

Cards are special abilities that you can use during battle and require battle points in order to be activated, they are a big part of the combat system. By consulting the deck manager you can choose which cards you can take to battle from your roster. The abilities provided by these cards range from simple healing to increases in damage and defense capabilities. You can also buy new units from the shop, which there are currently 4 total and 3 different classes. However you can’t take them all to missions, as missions tend to have a limit of units. 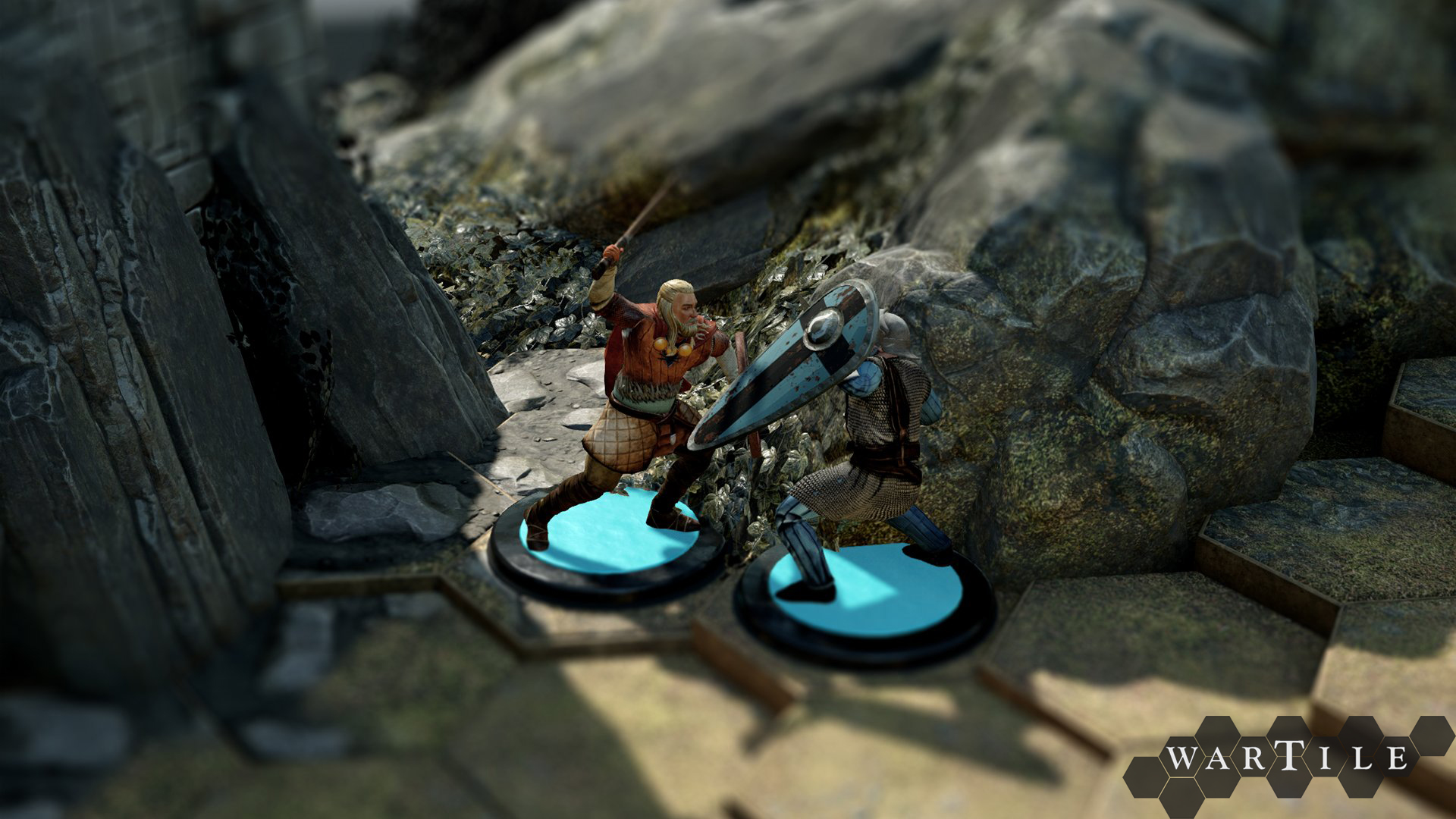 Each battle board represents different environments and settings and, despite the fact that most of the game takes place outdoors, there are also indoors locations which you may or may not need to traverse in order to succeed. The level design is fairly well done, with boards having more than a path that you can use in order to get to an enemy position, thus allowing to set up ambushes and flanking maneuvers, especially with the use of elevated ground. In any case, to complete a mission, you must complete the main objective, but some missions offer optional ones which provide a greater challenge but also make your overall reward greater. Levels sometimes have obstacles blocking certain paths such as bushes and barricades, which need to be removed by your units. In the same sense, you can also find various chests spread across the levels which can contain gear or gold and relics, which fully heal your party.

One thing I do like about the game is that the UI is rather minimalistic, in the sense that it doesn’t cover half of your screen but, instead, it implements elements that, usually are in the UI but, in this case, are incorporated into the game itself. My favorite one is how health is displayed, it is represented at the base of each unit figurine by a red circle, meaning that the smaller the circle is, the closer that unit is to dying. The graphic style also contributes to this as information is exposed in a rather clean way and, overall, the scenery looks pretty good, but units could use some more animation variety and improved textures. However, the music, which consists in a few orchestral tracks, is extremely pleasant and enjoyable as it does provide a nice ambiance to the game. 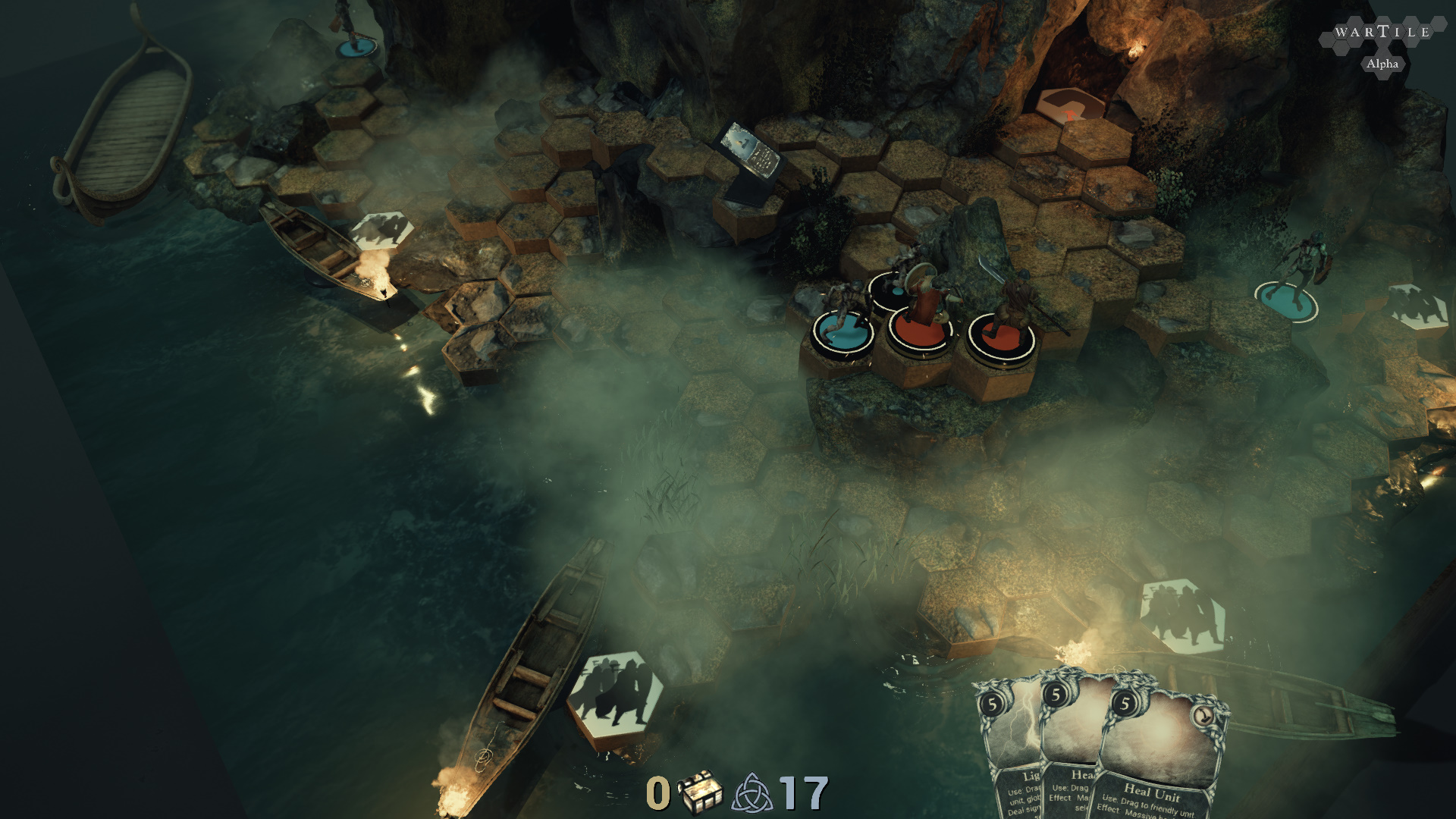 One thing that does trouble me, and which I’d like to see removed or changed, is the movement cooldown when you’re not in combat. While the cooldown is relatively small, I think you could save a good amount of time if you could move freely, without any cooldown restraints, when not in combat. Other than that, as I played I got the feeling that the game forces you to replay previous missions in harder difficulties in order to unlock more token slots so that you can take on enemies on more challenging missions. In a way I can understand that this is done so that it adds a little bit more playtime to the game but, nevertheless, I would’ve liked to see the actual mission difficulty toned down, as opposed to being forced to play missions I’ve already beaten in order to get more tokens.

Overall, from what I’ve seen so far, WARTILE has the potential to be a favorite for many people, but as of right now it lacks in content, it needs more weapon, character and mission variety. The 4 missions that are currently in the game can probably provide you 2-3 hours of entertainment, assuming you don’t replay any of the levels, and considering the current price of the game I’d say that’s a pretty hefty investment. Still, I do think it’s worth keeping an eye on, if you’re not yet fully convinced.