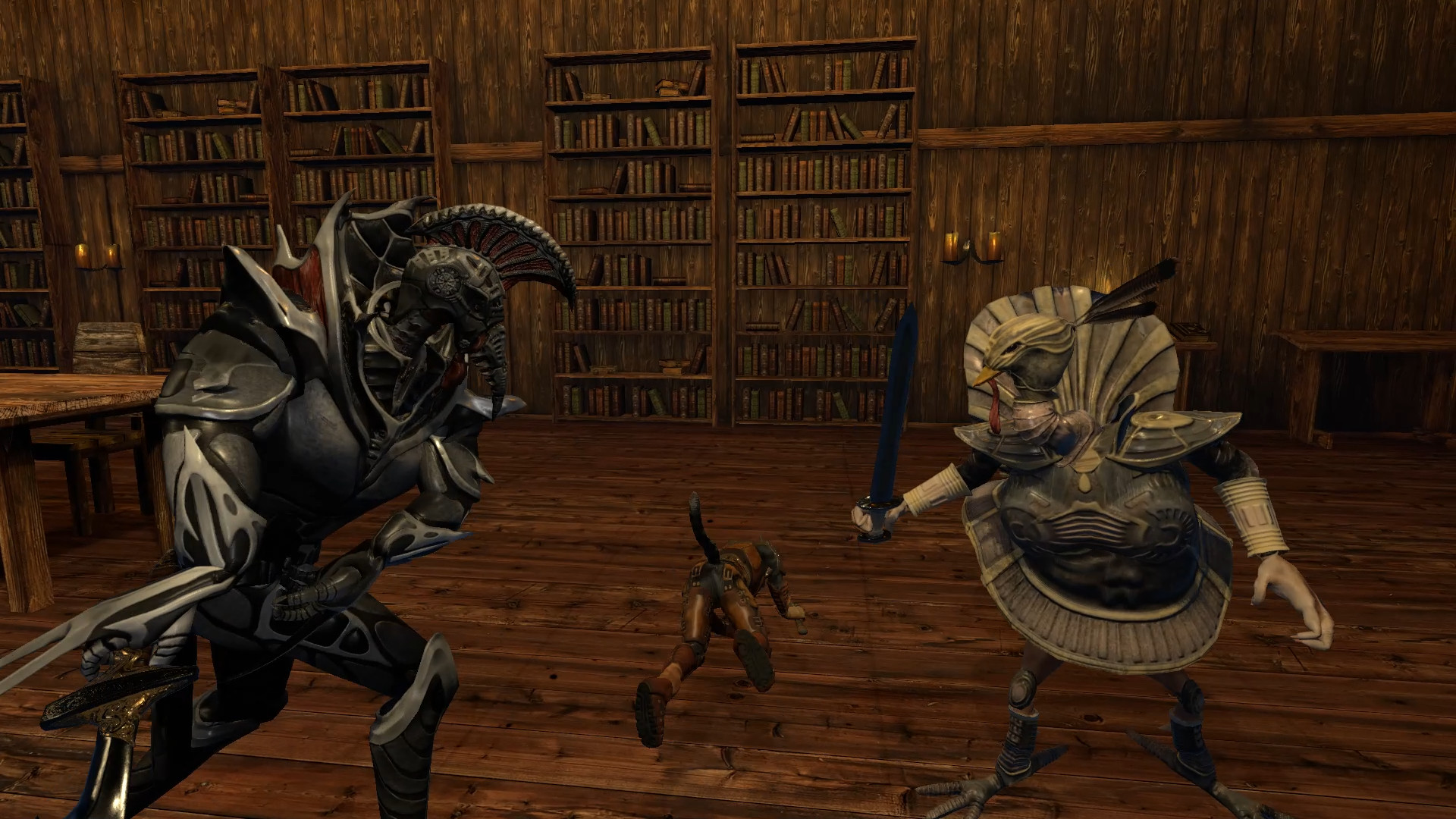 Beyond Despair is an open-world survivial game set on a remote island in an alternative reality, possibly in Russia since most of the signs around said island are Russian. You, among many others, are one of the Volunteers, troops of an organization known only as The Conglomerate, and tasked with investigating what happened on the mysterious, secluded island of Ansora. From the first moments there, you get that something went very wrong, signs of catastrophe and havoc are all around you. You will have to endure many difficulties, complete the mission, and most importantly, try to make it out alive. 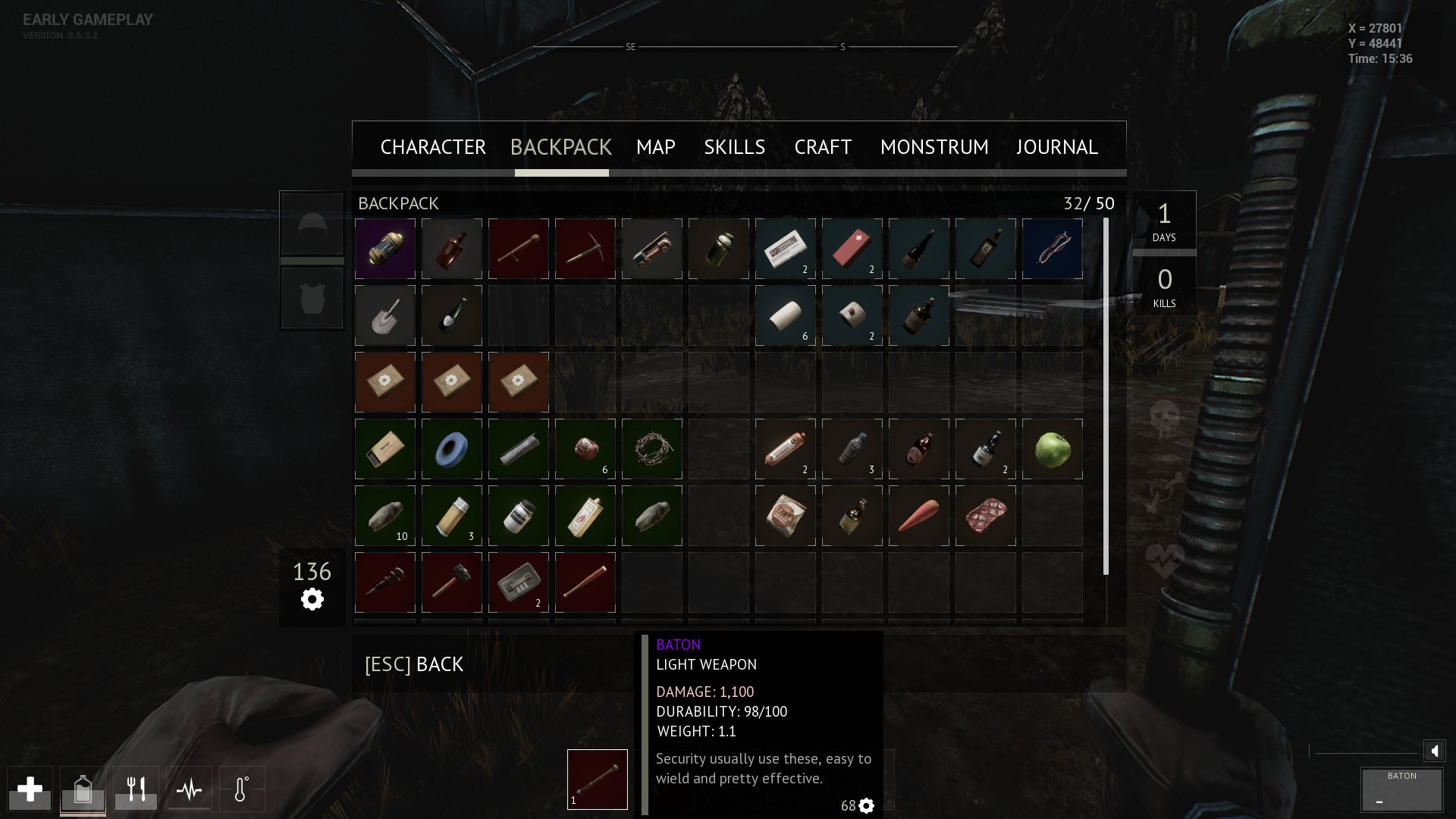 At the very beginning of the story, you will be placed somewhere around Ansora, mostly in its bottom-right part, ready to start exploring. Not a moment too late, a radio transmission from Agent 400, which apparently is your commander, will dictate your next task to complete for the Conglomerate. The nature of these missions will vary: kill a specific type of enemy, collect a particular item or reach determinate locations, and so on. Other than the main mission given by the Agent, also other missions will appear randomly in your Journal, usually asking for specific items to be dropped inside the Pneumatic Mail and sent to unknown places. All these tasks will reward you with generous amounts of Experience Points and some random items to help you survive, which are most welcome. From exploration you will find a fair number of glowing furniture, which indicates they may cotnain something useful, open them and you may find random stuff ranging from broken bottles to guns and bullets, all these things will be stored in a rather large inventory, which limit is mostly weight and not space.

You will be able to craft new items from those you already found. In the Crafting section of your inventory, you will find several useful recipes like homemade bandages, melee weapon upgrades like barbed wire coils or nailed bats, alcohol from liquors and many other things. To craft anything you will need both the required items and a certain number of Components, which are obtained by scrapping items you do not need, and are stored in a special box in your inventory. Other than these two screens, there also is the Journal, which logs all the aactive and completed quests, and also stores the eventually found diary fragments from the various people living on Ansora, to shed more light upon the mysteries of the place…

Next we have the Character panel, on the right, which lists all your eventual conditions like illnesses, broken bones, hemorrages… while on the bottom left you will find indicators that will depict your Thirst, Hunger, Mental health (yeah you can actually go mad) and Health Points. Last but not least is the Skill panel which will alow you to see your current level of progress towards the next Level, that will award you a shiny Skill Point to spend in one of the three branches. Once you reach levels 10 and 20 you will unlock other sets of skills to spend points in.

The main activities in Beyond Despair remain Looting and Exploration, with the storyline and side missions being only a contour to what the true experience at this point is. During your journey you will encounter many different enemies, which can be even other fellow Volunteers eager to rob you of your possessions, or mutated creatures of unspeakable nature and horror. Even the environment will be your enemy, with cliffs and caves sprawling all around, freezing cold surges and deadly anomalies, dying for an accident is much more likely than you think. If you die, you will respawn at a random location, near if you are lucky, and have 15 minutes to get your stuff back, after that… bye bye!

You will also have to fight. There is both ranged and melee combat, with parry system. So far i seen just a basic melee combat and basic ranged combat, aim and shoot or just parry then strike, nothing fancy about it but does the job. Animations

But how does all this actually work? Is it a good experience or not? Follwing up, technical analysis with all the answers to these rather important questions! 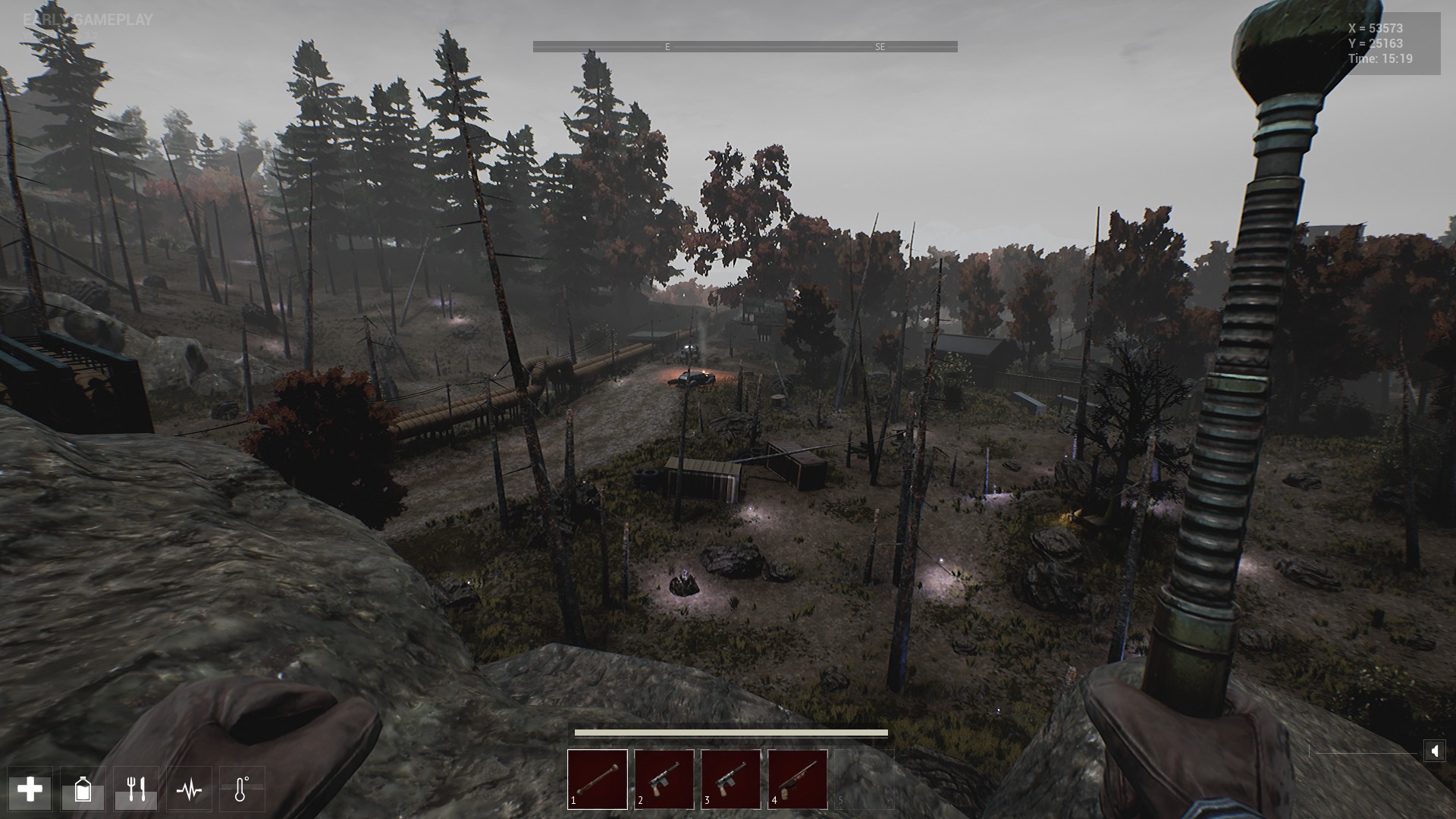 Visuallly, Beyond Despair is pretty good, probably thanks to the Unreal Engine 4’s amazing graphics, but also the developers did a good job in creating the environment. expect to find the larest generation graphics, so a lot of eye candy, but still not well optimized, so also expect performance drops even on high-end configurations.

Sound design is fine, but could do with more ambient sounds and effects, as it is now it sounds a bit spoiled and not very alive as far as dynamic ambients go.

The artistic direction for this game is a step up from the average, they did a really good job in depicting a post-catastrophe island and giving it that sense of despair, ruin and anxiety that is really the fulcrum of games based heavily on environment and immersion like this one. In this part, Beyond Despair makes up to its name, granting the player an anxiogen survival experience with constant dangers from all sides.

About game balance, i have to say this experience seems to have been designed with servers full of players at one time, because by playing solo i found tons upon tons of supplies lying around and ended up with diverse guns and melee weapons and a good stock of supplies, too much stuff for one man? Yeah probably. Weapon damage and overall difficulty is fair enough, go reckless and you will surely die, a stealthy, careful approach will get you out with skin still attached.

Enemy artificial intelligence is not particullary brilliant, will get stuck sometimes, stop following you after a short run, and generally does not sport any feature of significance, after all they are either zombies or wild animals… or are they?

Now, bugs. This is early access so this game surely is riddled with game breaking bugs right? Well i seen worse, there are some graphical glitches here and there, some items get bugged and can’t be used properly, but the worst part of the problems lies in the Netcode and Servers, because as of now there are huge rubber-banding issues so player-with-player synchronization is not top notch, not at all, so for now multiplayer is ahrdly a good option.

Another bad bug i encountered is the Teleport Bug, which teleports you randomly back to where you first spawned. Maybe it is some anomaly, maybe a bug, i am not really sure but probably the latter. 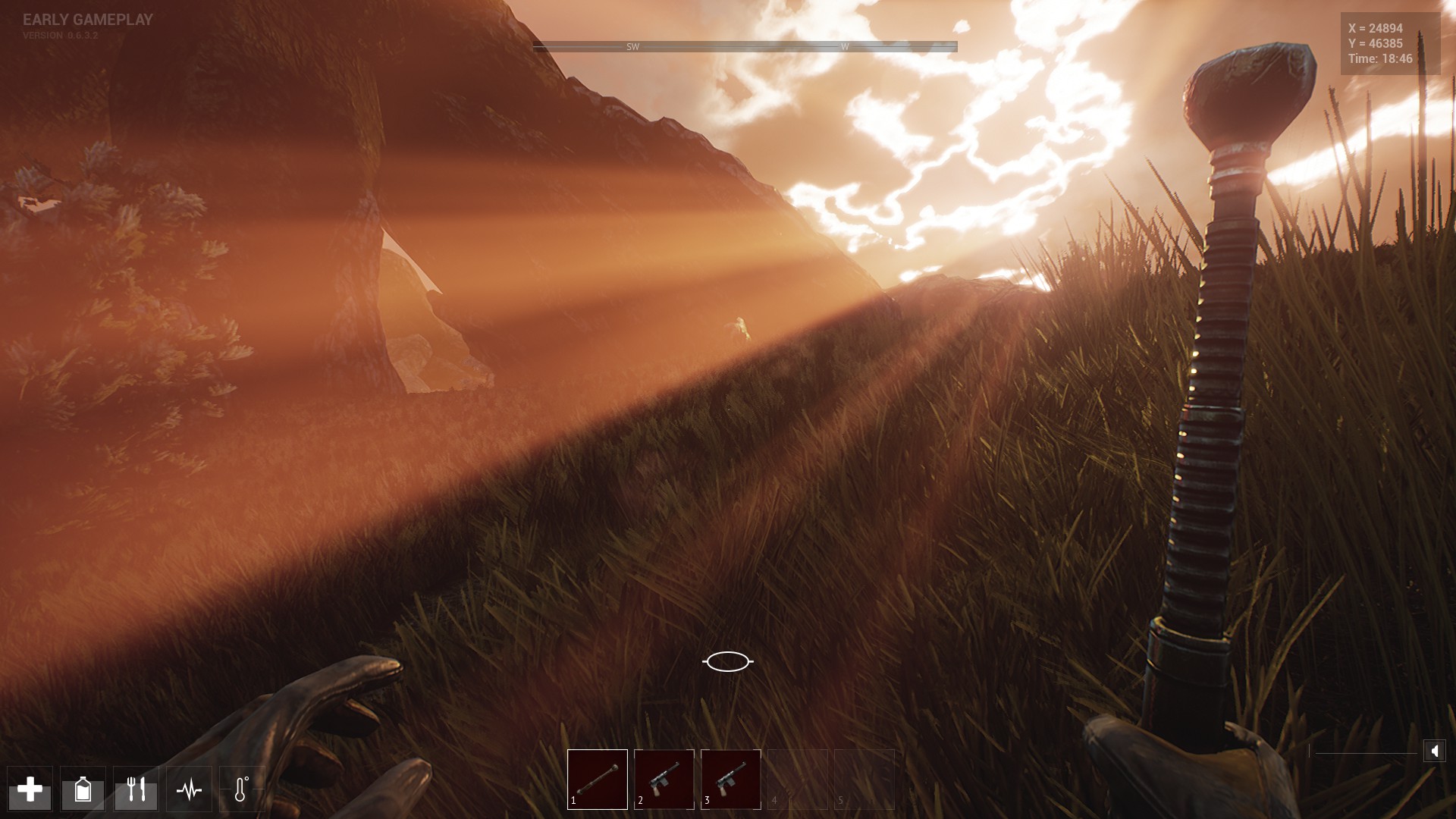 Beyond Despair is an Early Access game with already a lot of content, but lacks optimization and working multiplayer features. If the bugs are fixed and multiplayer gets done right, with some optimization i can see this game easily become a really decent open world survival.