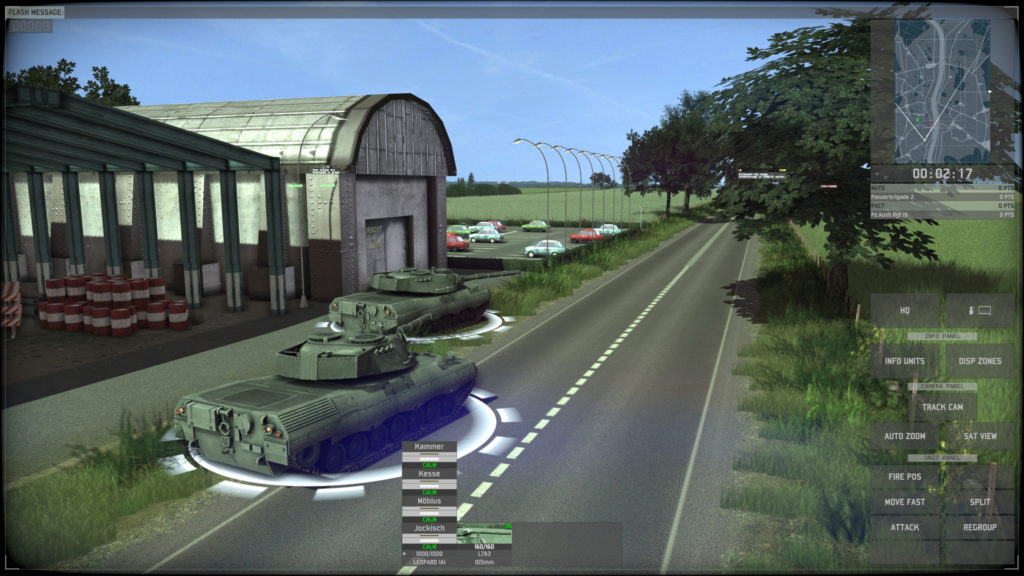 The first part in the Wargame series of tactical RTS’ had to leave a good impression. Fortunately for it, the dev team behind the game I’m reviewing today are industry veterans who specialize in the Real Time Strategy genre and particularly the subgenre I’m most found of, when strategic titles come into discussion. The type of strategy that eschews traditional base building and management, for pure unit combat. This subgenre relies however on a lot more patience, studying of the terrain and even your foes, to know precisely which weapons or tactics to use. It’s a lot more static than the fast-paced RTS’ so popular today. Starcraft, C&C, Dawn of War, Cossacks, Age of Empires and many other franchises, are as dynamic as they come, with players scrambling to meet their opponents in the open as soon as possible, and the infrastructure needed to sustain your army has to be built fast and efficiently while being maintained at all times with various degrees of attention. 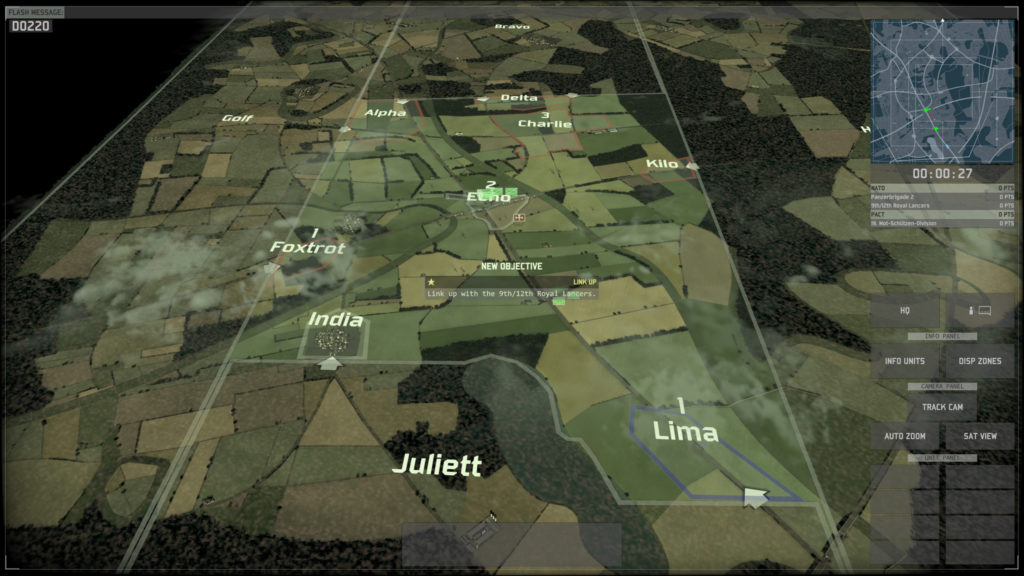 By contrast, franchises like: Sudden Strike, Blitzkrieg, Men of War, World in Conflict and Wargame, all focus on the skill of your unit placement, use and knowledge of the battlefield. There is no emphasis placed on a base since you rely on a steady (or less) supply of reinforcements. Many times, you even get to choose those new units to enter the fray. It is far more realistic than building a barracks and watching troops march from it. And when you can no longer count on a near infinite number of units recruited through resource gathering, you begin to appreciate them far more and do your best to limit the casualties sustained by your army. 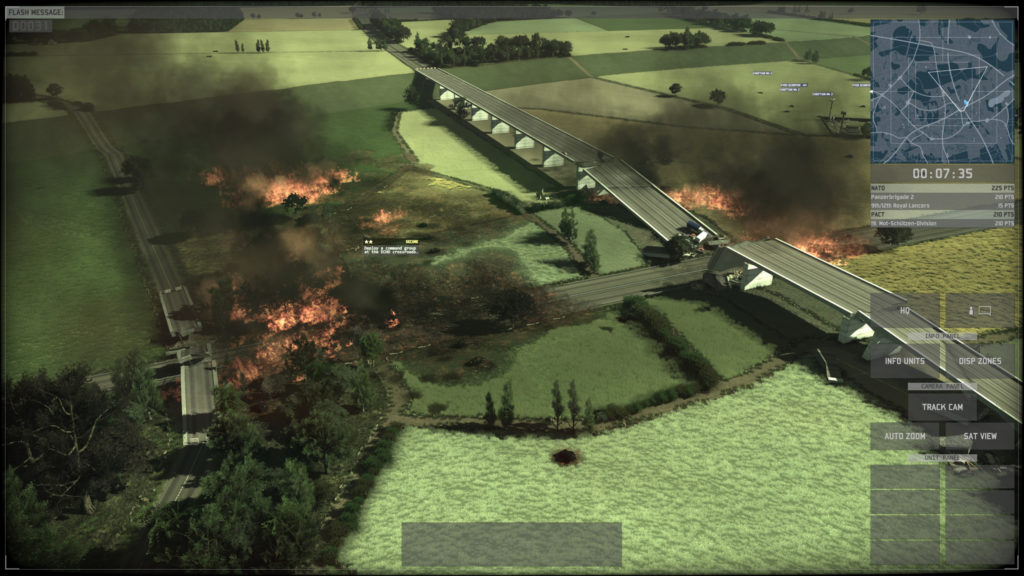 Wargame: European Escalation is, by no means, an easy game. For some new players to this type of RTS it may come as a nasty surprise, but even your most advanced tanks can fall prey to a well placed squad of rocket launcher-carrying infantry, hidden in a forest. Scouting ahead and before you send your mechanized units is paramount. Even the falsely portrayed in the media, “death from above” type of assault helicopters, seem fragile and vulnerable if you don’t plan ahead accordingly. There is no “Rock Paper Scissors” ruleset in Wargame. This potential vulnerability of your units can also tip the odds in your favor since the enemy is also subject to the same tactics he might use against you. Alas, the Artificial Intelligence in this game is quite capable and will not hesitate to flank you instead of just rushing towards the center of the battle. During some missions it demonstrates full defensive skills and taking over sectors from the enemy shall not prove an easy task. 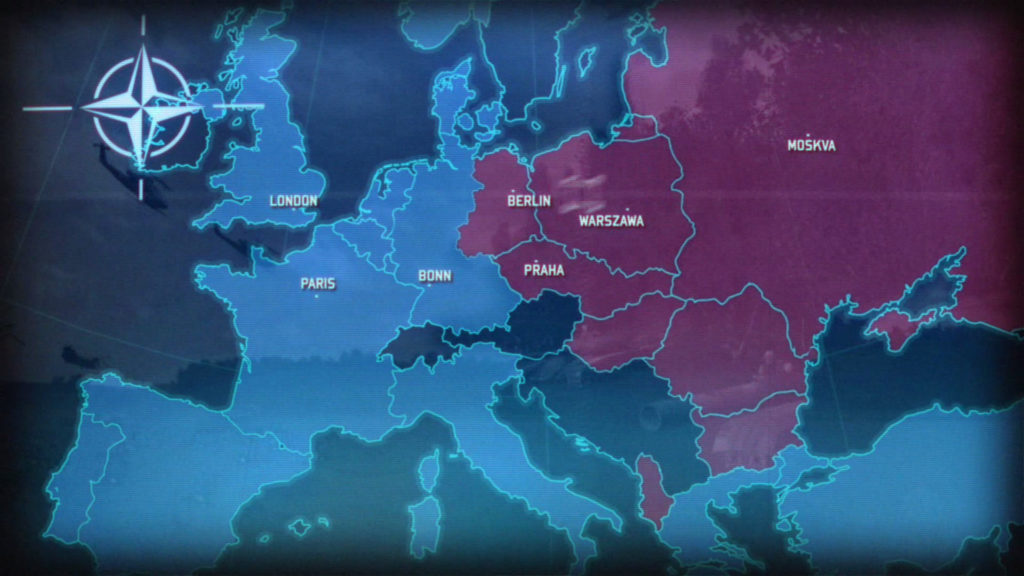 I will not spoil details regarding the single player campaigns, even if I was pleased by the use of an alternative Cold War era in which the conflicts heat up faster than an ICBM heading for a capital city. That’s an abbreviation for “Intercontinental ballistic missile” by the way. The true “city busters” of our contemporary times. 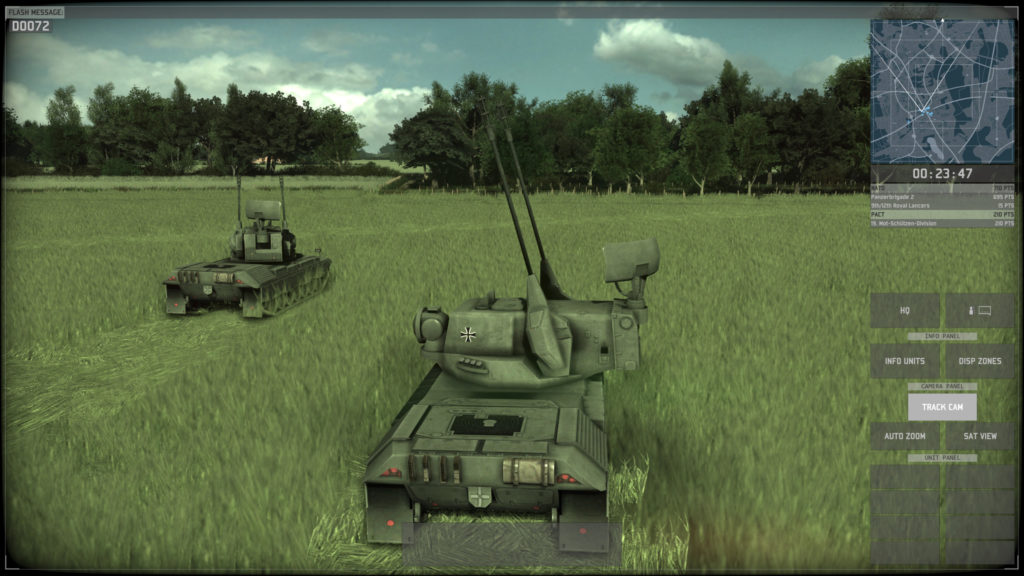 Unto the gameplay aspects I didn’t enjoy as much (and which ultimately stopped me from giving this title a perfect 10 rating). Besides being a difficult strategic game, you also have to babysit your units a lot more than in the aforementioned dynamic RTS types. Also, you can’t afford to lose too many units since they have a finite number for the entire campaign and unlocking new ones requires a lot of grinding (multiplayer matches are a must, in this case). You won’t be able to unlock all the units for both the NATO and the Warsaw Pact factions, just by completing the single player campaigns, no matter how many secondary objectives you might accomplish. I understand that far better than the already tough AI, would be a real mind, a human player to spar within an MP mode. I just don’t appreciate being forced down this road in order to unlock a full roster of troops I might actually need during the SP missions. 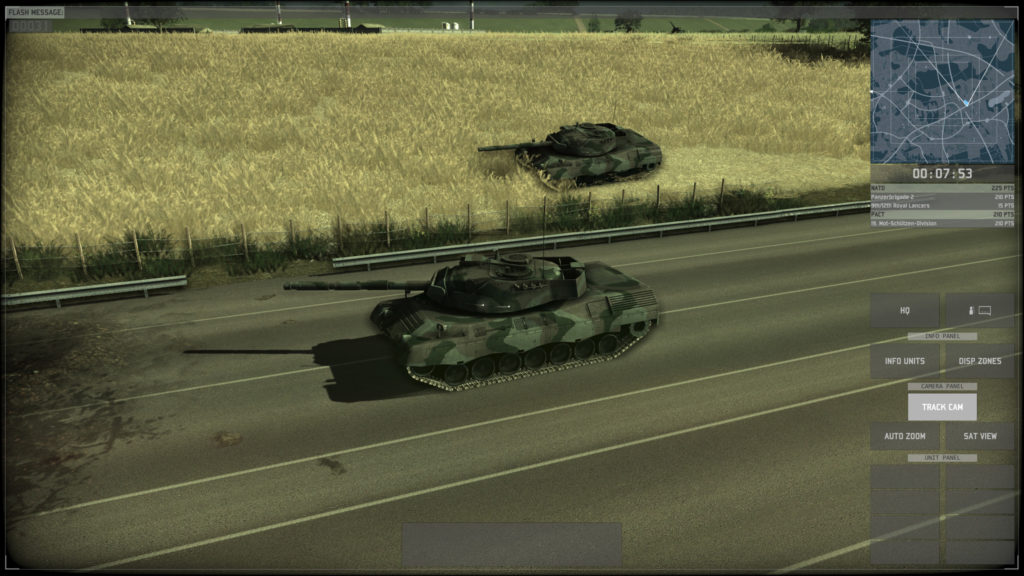 All things considered, European Escalation is the start of a great strategic series, in the vein of old school classics that can’t be found on the Steam Store (I’m looking at you, Sudden Strike!). And if you are searching for a derivative Cold War scenario about to get warmer than Hell itself, you’re in for a treat. Wargame doesn’t fail to provide a most challenging and fun experience. Once you’re used to the turtle pacing and battlefield unpredictability, you will really feel like an armchair general! 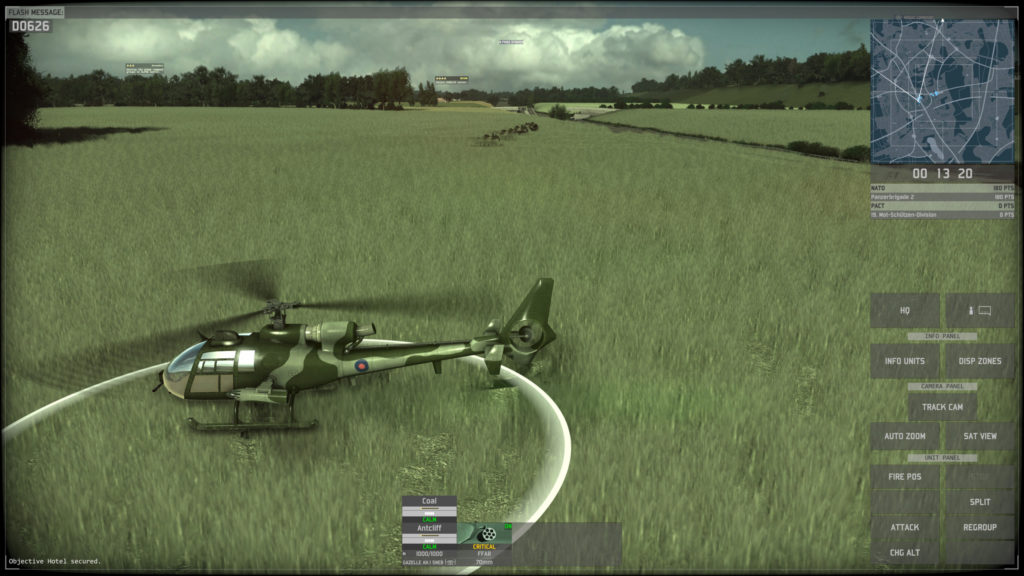 Weak Points
– Micromanaging the entire battlefield is a necessity.
– No Steam Trading Cards.
– Unlocking all the units requires too much grinding.

Reviewer’s Note: All the screenshots you see within this article have been taken by me, in-game. I find it far more honest than to upload the “official” doctored pictures, made by the developer to promote his project.