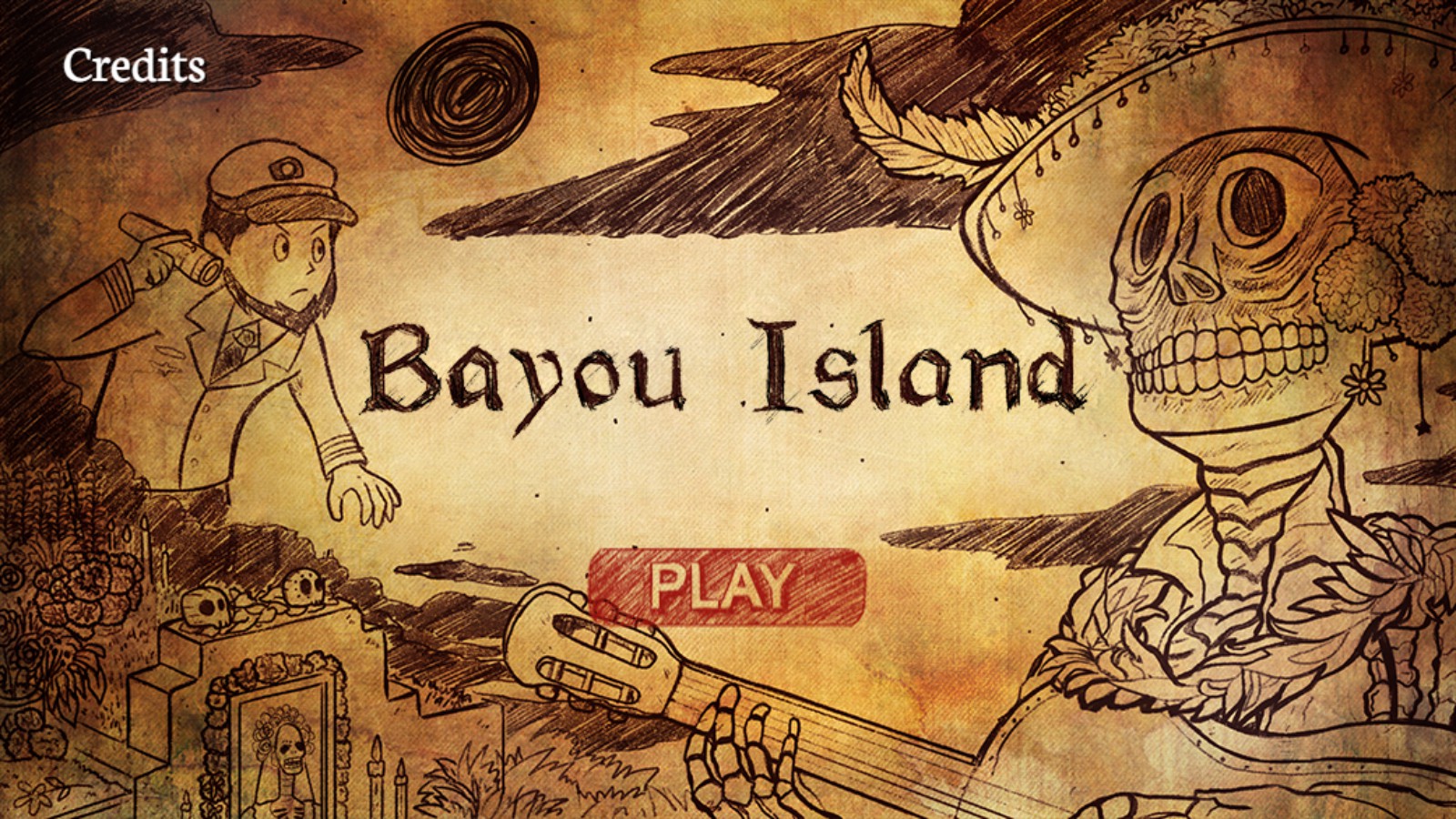 No boats were harmed in the making of this review.

You play a cruise ship captain named Chris that somehow arrived at this mysterious island. How did you get here? Where is your boat? Explore to find various odd ball characters and items to find out.

As you talk to the other residents, learning that this island is named Bayou Island, you learn what goes on in the first area. Everyone here seemed to have washed up on the shore not knowing how they could have. There is also a correlation with boats disappearing as well. However Chris is a different story, having another passenger with him.

There is not much ways to grab hold onto the plot, as a lot is mysterious and questioning, especially the ending twist. As the price tag suggests, Bayou Island is a short. But the second half seems rushed compared to the first half, especially how the ending is so abrupt. There are a lot of questions other than the main mystery that was not fully addressed or assumed the player will pick it up. With the ease of point and click mechanics, it is very easy to play. A wheel of options shows what you can possibly do. The only thing you might have to get used to is selecting the “use item” before clicking on an item. With the game’s short stay I was not able to remember to use it every time, but I do see why it was made like that. Combining items is used by dragging an item to another so perhaps it was to not confuse the game.

On the puzzle side most of them were easy, taking no time at all. Some requiring you to just talk with the residents as the others needs items that are just lying around for anyone to steal. One had you playing an instrument, but it did not make sense what the character did in result of it. I do know that if you play an instrument behind someone inside a building, it will sound like it’s inside the building. Not outside, especially when the person saw you coming inside. Other than this, another puzzle did not make sense at all. It is a combination but getting it is full of red herrings. It’s not something obvious, it’s not something based on the amount of certain items (which I initially thought), but based on time. With the descriptions of the objects not being useful till now, it’s very weird considering the clue you get. The main red herring seems to be for something else that was originally planned but was scrapped. The music accompanying each area goes well with the surroundings. The music in the Day of the Dead store, and the area behind it, has a Latin flair to it. Making it seem like Chris did get washed up on the Day of the Dead, which is possible but no decorations are shown outside of the shop.

The voice acting can be better. There are some that did well, such as the bartender, but the one for Chris is not as much. Sometimes it gives off a sarcastic tone while other times he pauses where it seems it should not. There are parts where it works of course, but not throughout the whole piece.

The art style is pleasant to look at, with the Day of the Dead area is the best. Backgrounds having some sort of color palette depending where the area might be. While they do tell you boats disappeared, why can one be seen in the background? Some areas have weird proportions in the backgrounds, such as the bar’s counter looking taller than Chris even though the bartender is the same height as you.

The characters do seem to have time put into them to make them unique. However one design is not on the store page, which also only has the side perspective. How can you not see that boat Chris?

Bayou Island runs well, not putting pressure onto your computer. The only options you do get is volume and you can go into windowed mode by hitting escape. Though I could not find a way to exit out of the game without going to windowed mode and closing out of that.

Of course with point and clickers, the only reason to really replay is for achievements or seeing the different choices you could have made if able to. Bayou Island currently has no achievements and no trading cards so replayability might not be there. You can go back and see all the hints towards the ending twist, but that’s about it.

Looking more into it, I do see that this is the developer’s first game. Originally going to be a two parter, with the first part having a different system in interacting. I will recommend a few things. The subtitles may work better on the bottom of the screen, and perhaps being able to skip by just clicking than having to press a skip button. Putting in a few animations can help, such as putting a ‘waking up’ animation instead of having the drunk man sit up and go to sleep immediately. Is Bayou Island so horrible that you shouldn’t buy it? No. With the problems it has, it still has all the aspects of being a good point and clicker. There are things to learn from and I hope this developer continues making games.