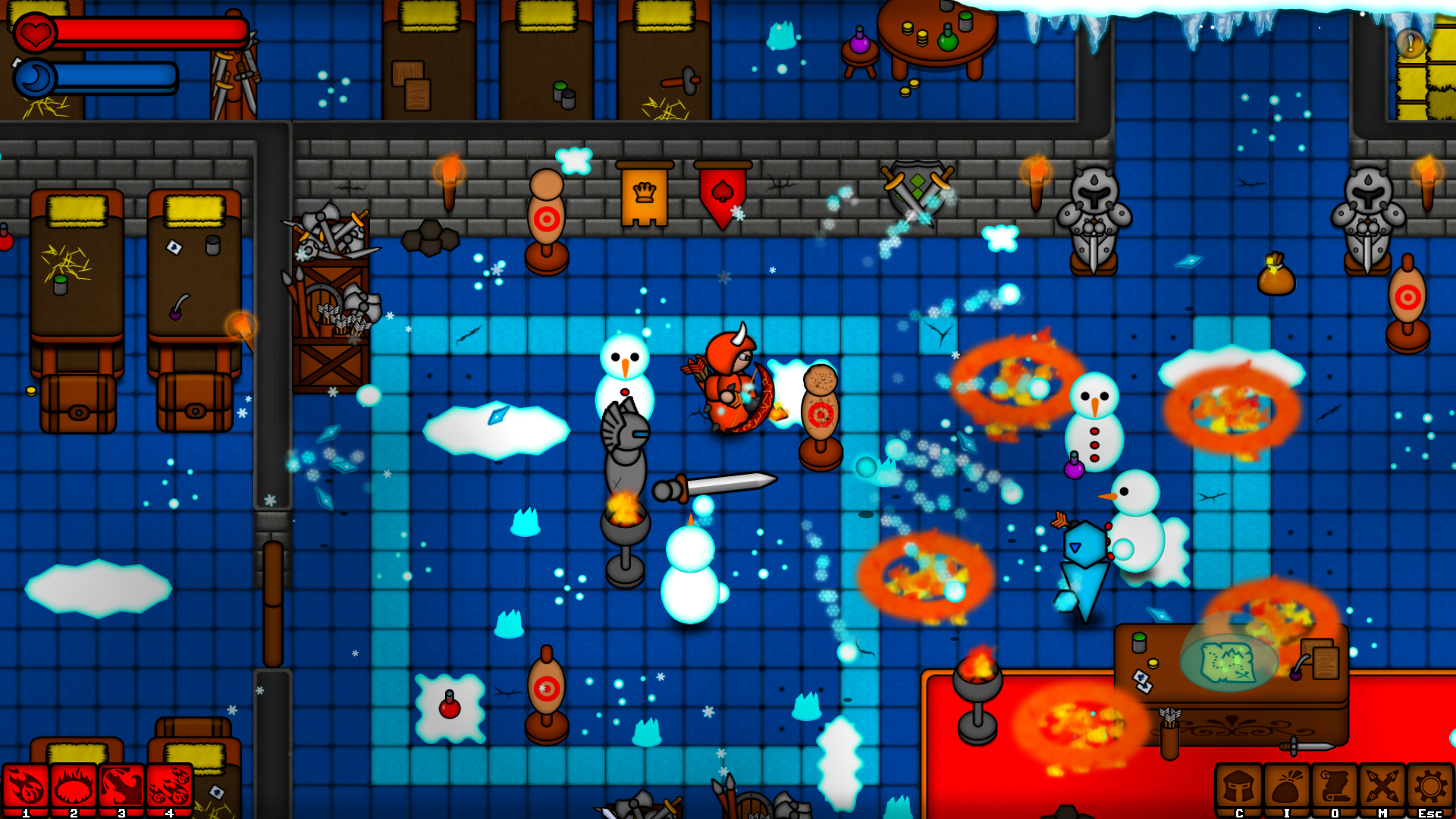 Kronos is essentially a top-down, 2D hack ‘n slash game with RPG elements. You will find yourself impersonating the son of a great alchemist who recently disappeared while performing a dangerous experiment: with his last ritual, he wanted to save his son from the terrible things the breach created by the experiment unleashed. 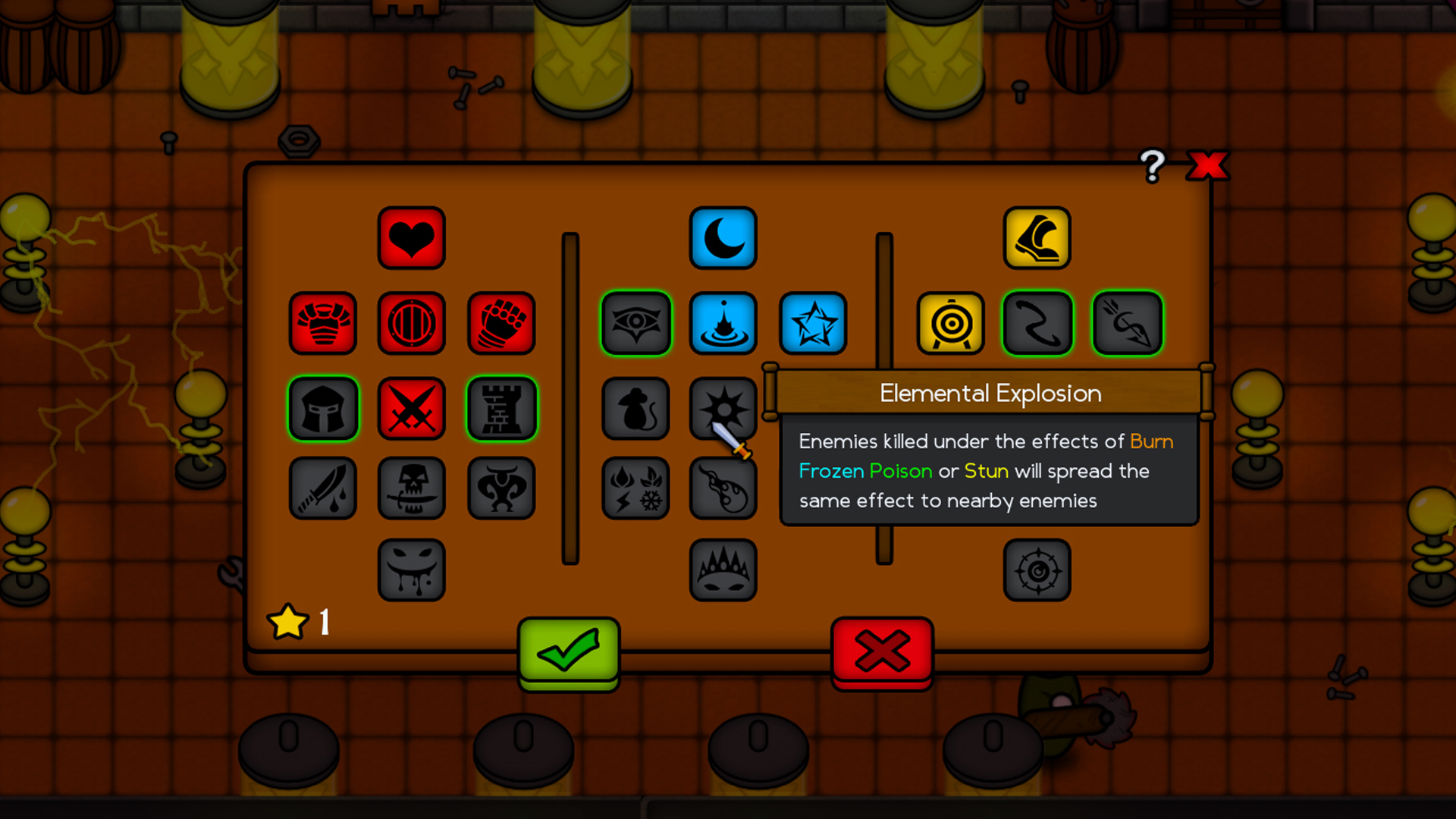 You will soon find yourself stranded in what a short time before was the huge castle of the Nightingale dynasty, which you and your father always served with honor, now transformed into a living hell, infested by hundreds of monsters and corrupted soldiers alike, all tainted by the darkness released from the experiment. It will be up to you, and you alone, to find a way to stop the horror and banish the evil back to where it came from.

Narrative wise, the game is pretty simple and straightforward, as you can understand by the totally unoriginal and kind of stereotyped incipit. As for the rest of the game, from what I have seen, there will be very few dialogues, and other than some collectible tomes with some lore written in them, informing about the castle activities and other informations, there will generally be very little on the side of the story. You are there, go and stop the evil guys, not much else to say. This could be either a good or bad thing depending what kind of game you like. 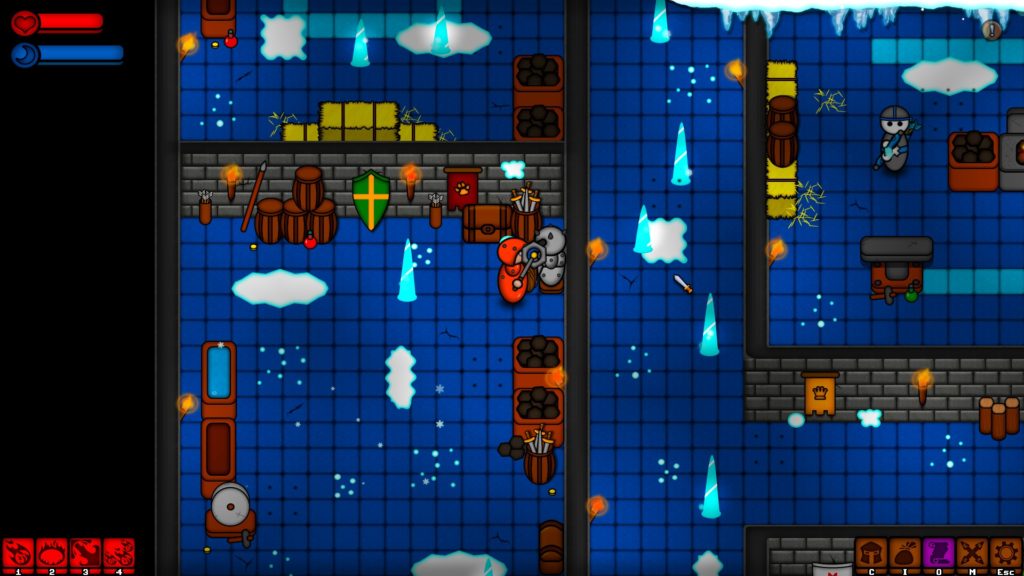 You will start your adventure with a short tutorial to teach you the game basics, then you will be “free” to do whatever you want. The first thing I noticed after some time playing was that the game doesn’t really allow you to go wherever you want. For example, there are four different areas you need to complete in order to retrieve certain items and progress the story, well the game decides for you what area you are starting from, but then where you go from there is up to you. 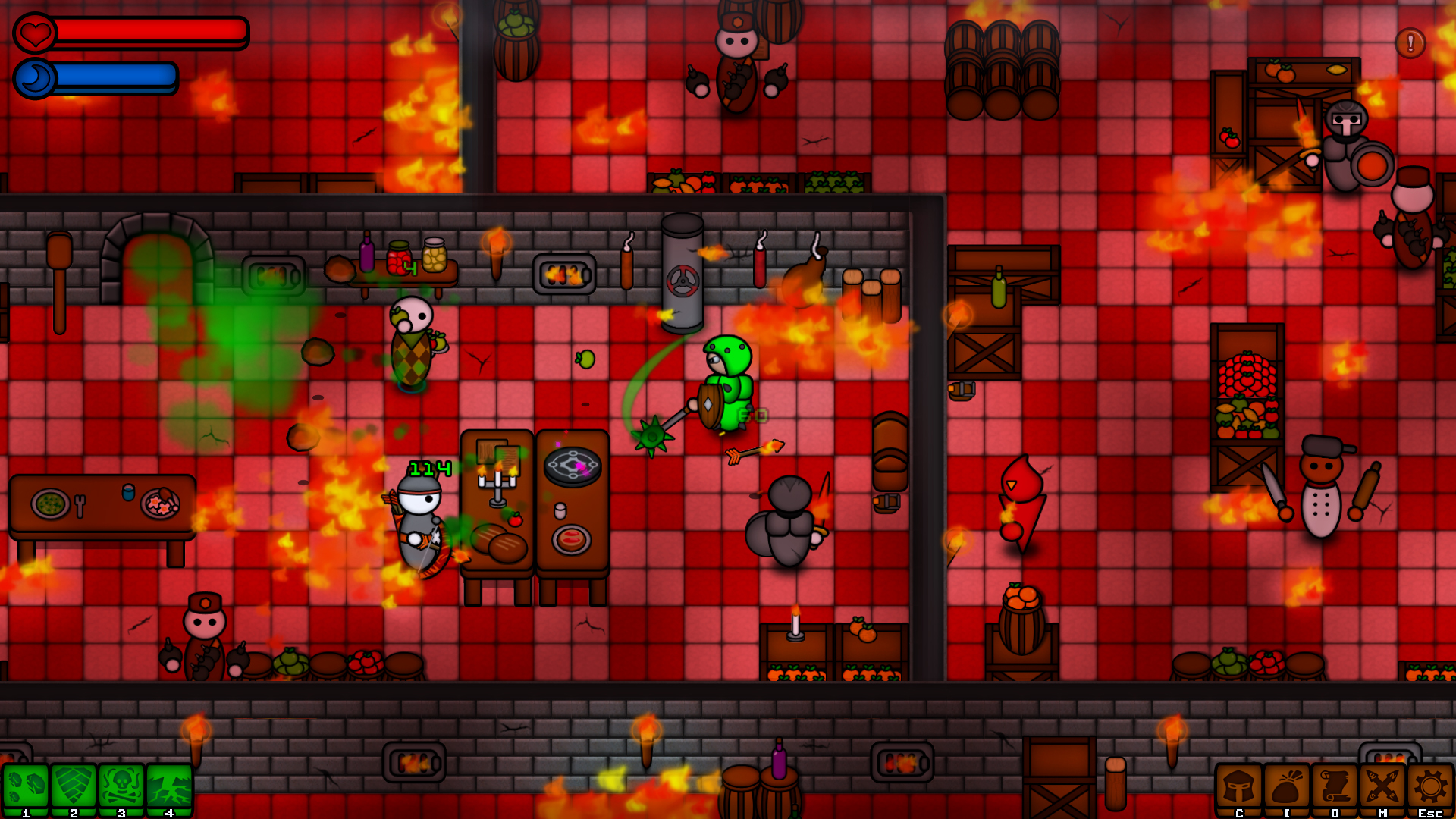 The combat system, which is obviously important for this type of game, is very basic. You can choose between melee weapons (sword, mace, axe), ranged weapons (bow), and magic spells. The character will obviously level up and be able to collect loot around the world, each level will grant you a point to spend in one of the three very basic and short skill trees, each featuring ten skills.

Melee combat is very simplistic, with an idle standard attack type for all weapons, differing only in range and speed depending on what weapon you use, no dodge, no parry, no counter systems, no backstabs, forget all of this, you just bash enemies, and that is not necessarily bad, but might leave disappointed players who look for a deeper experience.

Ranged combat with bows is alright, it is what you would expect from it, you can use special arrows to change your shots’ effects, you can either find or craft them at an alchemy table. 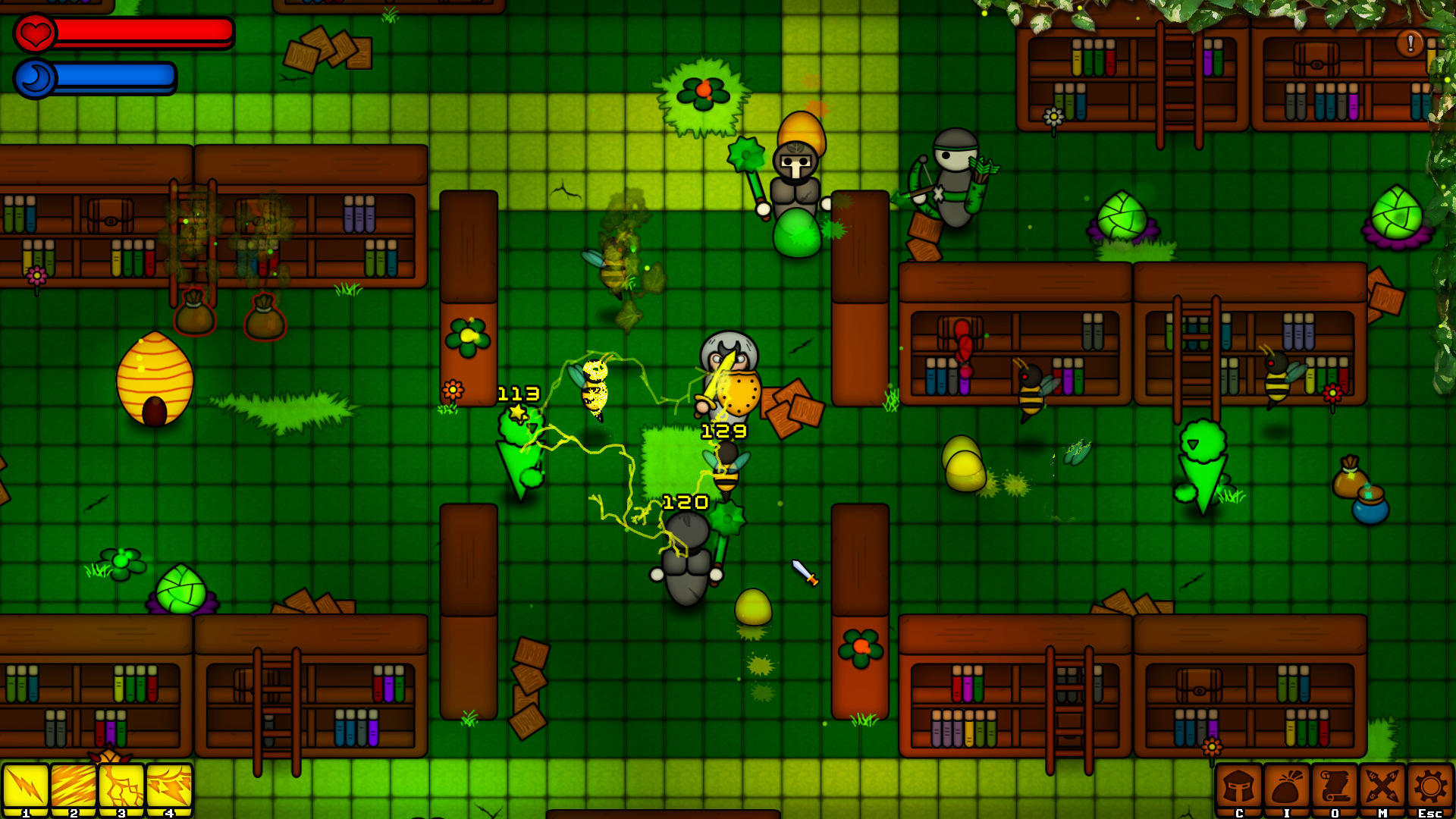 Magic combat is what I found the worst, with the mana regen rate being very low and spells having to be used in large quantities to defeat all the enemies present. Also, spells can be click-spammed, most of them anyway, and this is never good for balance reasons.

Skill trees are very simplistic too, giving out basic bonuses like X more percentage of health, speed, mana, or at most some additional effects to our hits like the chance of transmitting a negative effect to all surrounding enemies near the one we hit. On this side, Kronos does not impress and stays on basic levels, the minimum. This could be good if you look for a simple experience or are new to action RPGs, but will probably disappoint if you already are in the genre. 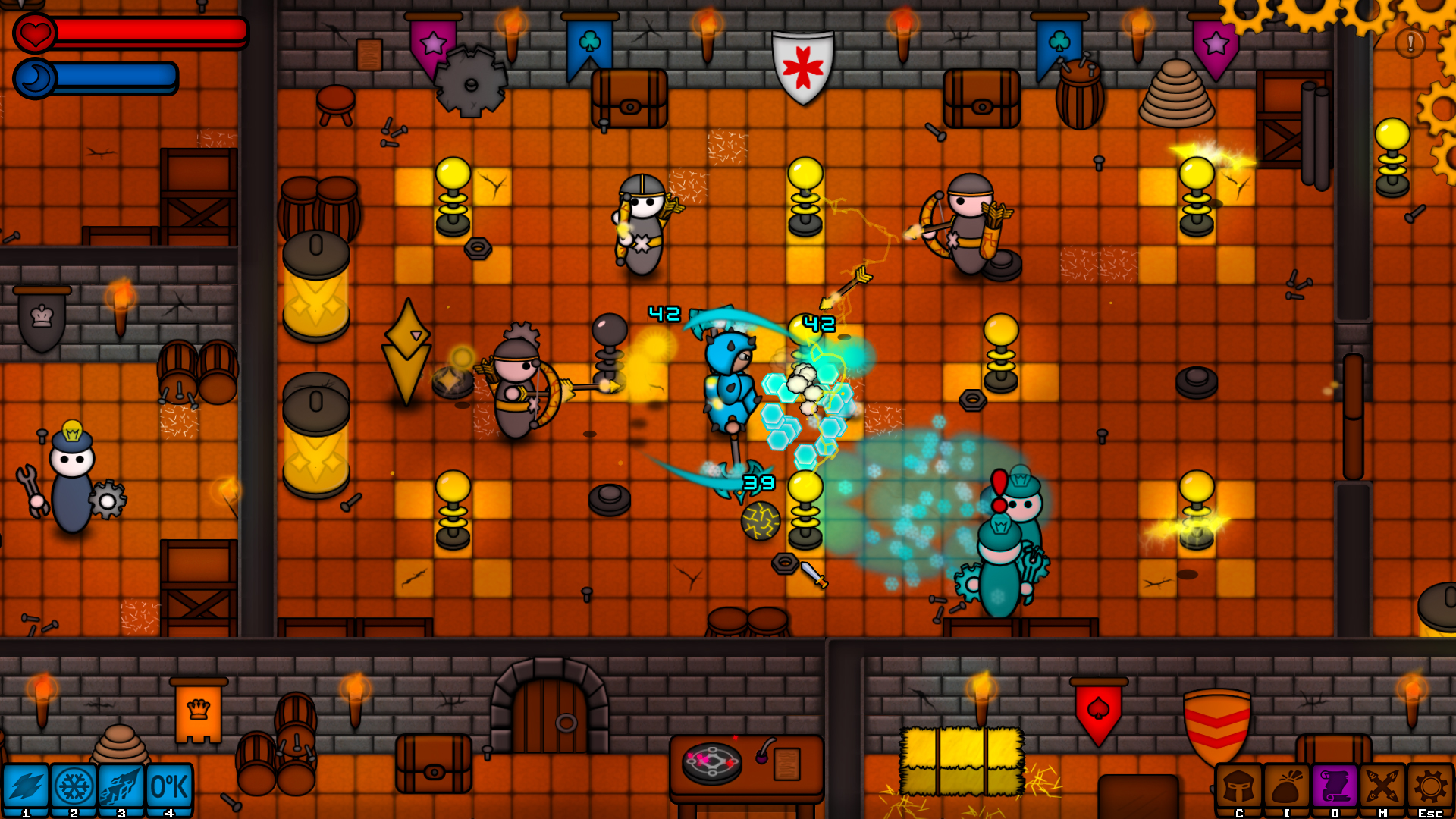 One special mention has to be made to whoever made the level design, he really liked traps, because literally every inch of the whole map is clustered with them! You need to be very careful at all times or you will be damaged by all sorts of traps, both hidden or in sight, with no way to disable or destroy them, this is really really bad because you will constantly be harassed by traps everywhere you go. A bad game design choice for sure.

If you happen to die, the game will load the last save you made and you will continue from there. Saving is possible only in specified locations with magic books in them. Dying also, for some reason, makes all the enemies on the map respawn again, problem is some enemy spawns are where save books are, so what happens if you save with very few hit points, then die, and respawn in a room filled with enemies? This is exactly what happened to me, and it is not good at all. Another bad game design choice. 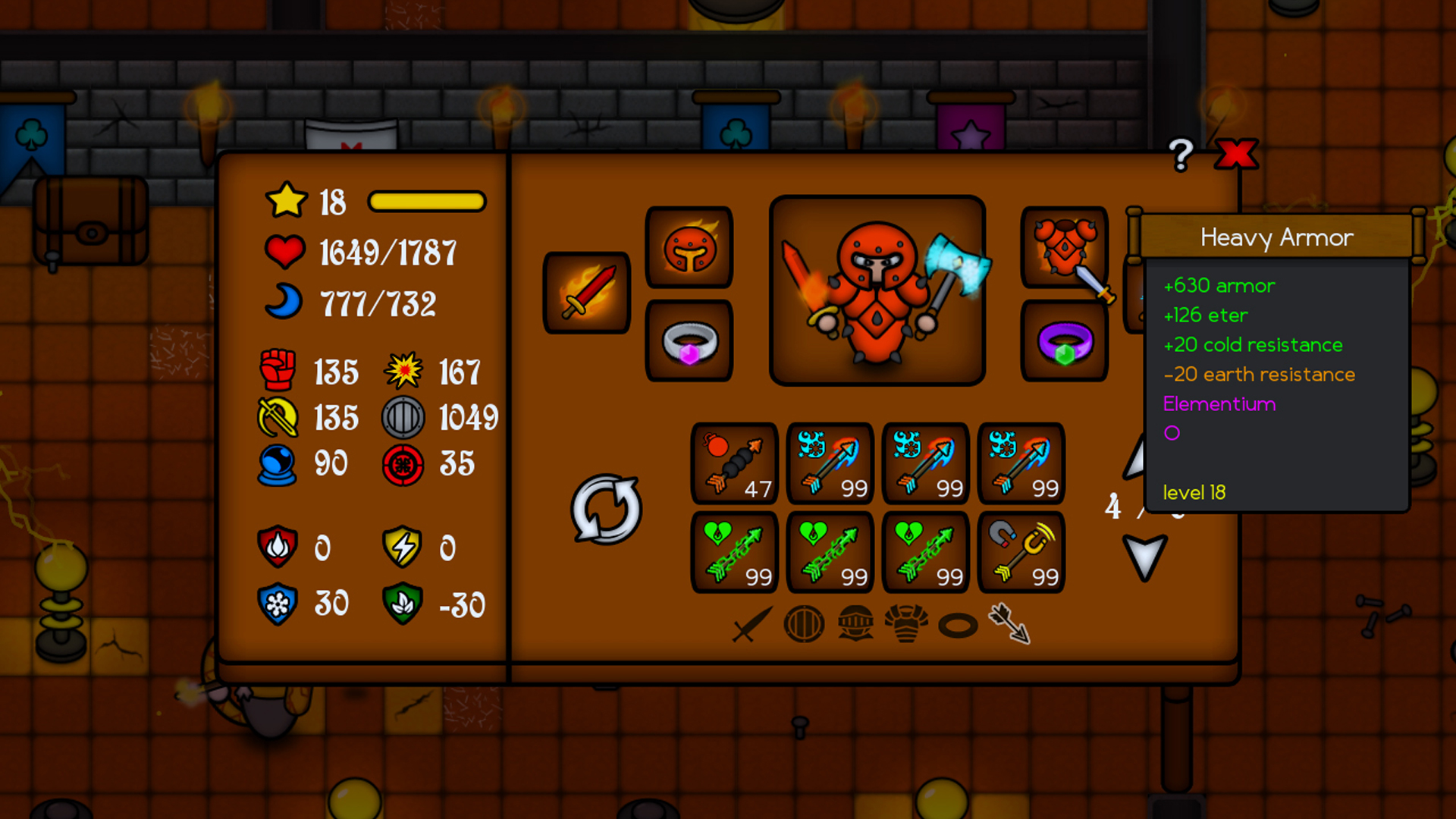 You also will have the chance of collecting various ingredients from enemies and loot crates, and use them in alchemical tables, found around the map. Here you will be able to create special arrows, potions and other useful items for your adventure.

Main problem with the gameplay is the lack of depth, everything is too simplistic, there is no stat leveling, no skill synergy, no definite class-building, no specializations of any relevance, skills are very basic, it is not recommended to anyone looking for a deeper experience. 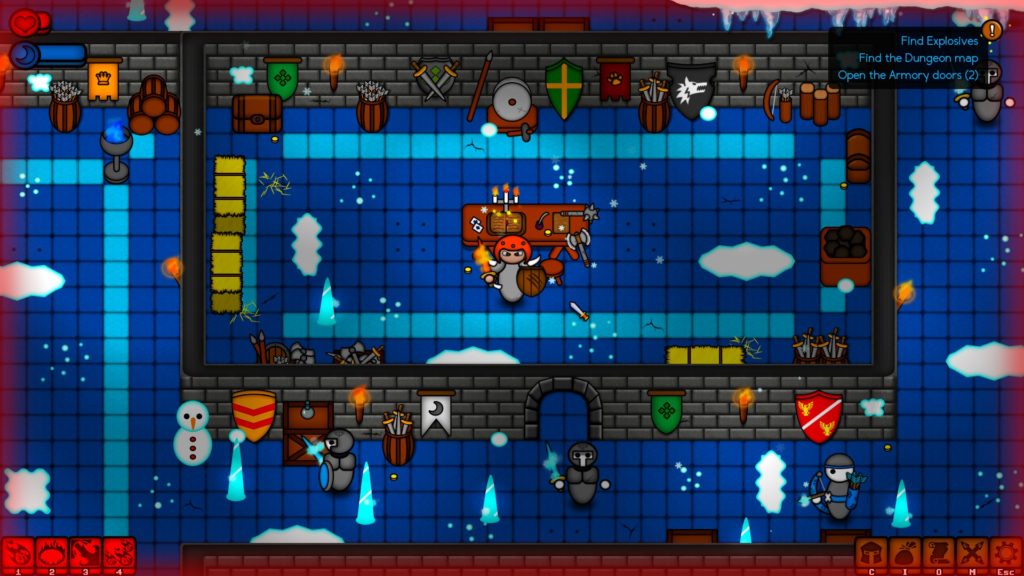 The game uses a basic 2D engine, featuring hand drawn sprites and effects. The art style is well, very simplistic mostly, people are portrayed as elliptic shapes with a circular head and two circle-shaped hands, the decor and environments are drawn alright but again look very simple, there is no real artistic depth in anything, nothing is ugly either it’s just… basic, I don’t find a better adjective.

The engine is alright, runs well, does the job, but has problems with collisions and hitboxes, especially on narrow passages and doors, enemy hit detection is uncertain, the absence of any enemy hitting effect really takes away the “feeling” of hitting something, you simply see the enemy stagger away a little with no visible consequences apart from damage numbers popping.

A major technical issue is that enemies probably use a basic AI follow script, therefore you can literally aggro and kite around huge mobs of enemies, only to dispatch them all with a few well placed spells or special arrows. If you don’t die in the traps before. 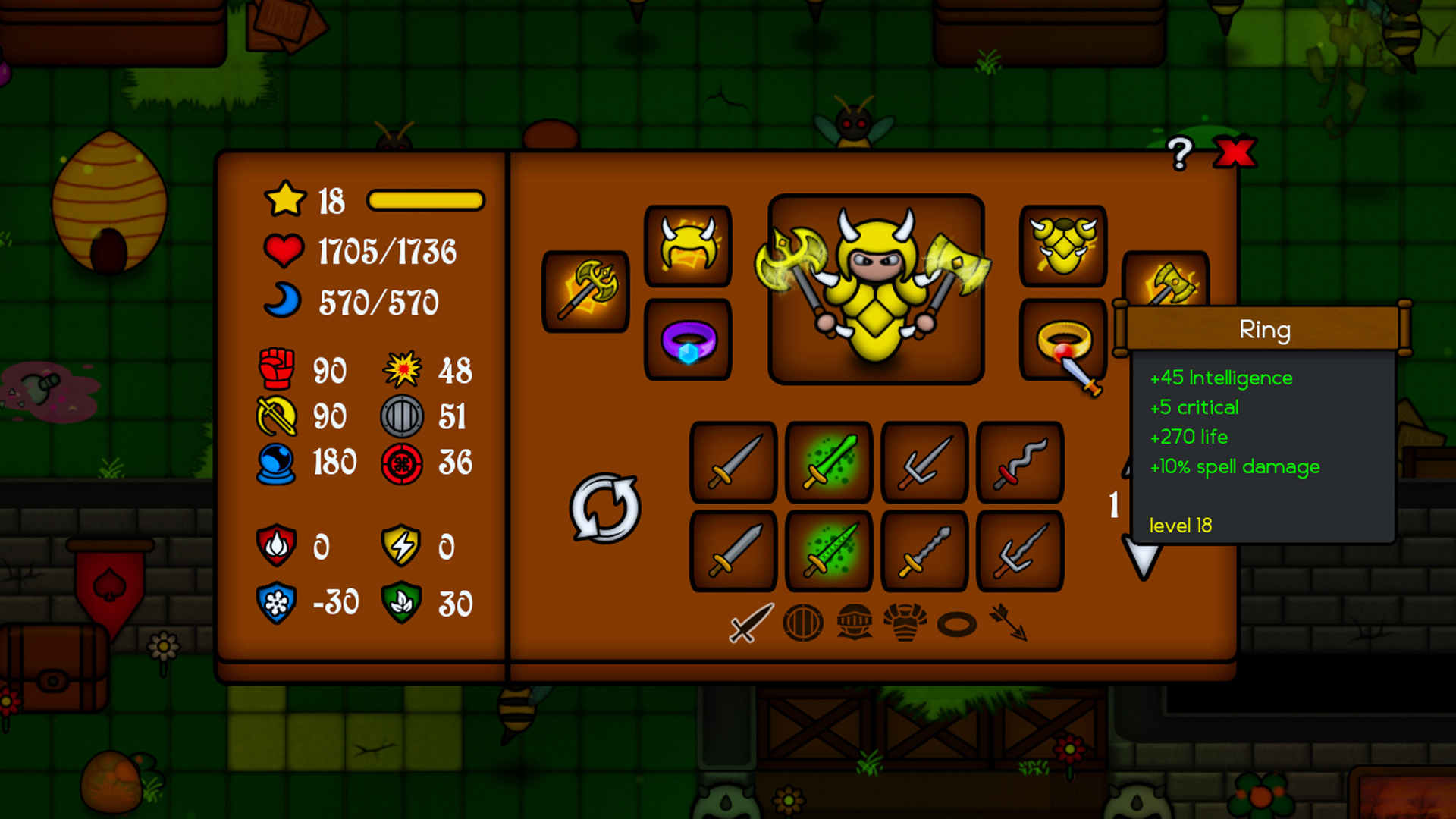 Talking of balance, I played the highest difficulty and there is more than enough challenge that’s for sure, enemies will stomp you if you are not very careful in what you do. Absence of passive Hp regen adds to the challenge, but may be crippling since there is a finite number of potions that can be crafted or found, and the enemies respawn on every death, so do the math and you will soon know that if you die too much there won’t be enough resources for you to get by and advance in the game. This WILL likely happen.

UI is not so good either, I found it very clunky to have different menus for equipment, character status and skills, instead of a single menu maybe with divided tabs, inventory management is sufficient but could have been done in a better way, you will find yourself scrolling a lot since the view space is limited but the inventory is, presumably, bottomless. Also there are no vendors so why pile all the loot? 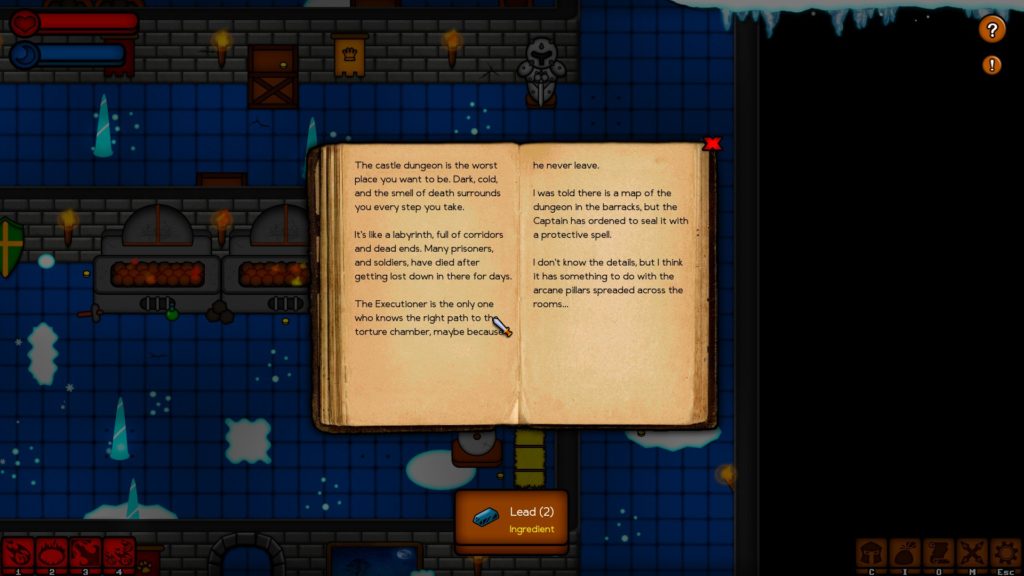 Kronos is a sub-par, barely sufficent action RPG in all fields. Delivers the basic core experience of ARPGs but has many lackings and most of all a lack of DEPTH. For the price range we talk about, it is suggested if discounted and if you want something very basic, or maybe if you are new to the ARPG genre this may be a nice start, but otherwise I suggest moving on to more complex products. 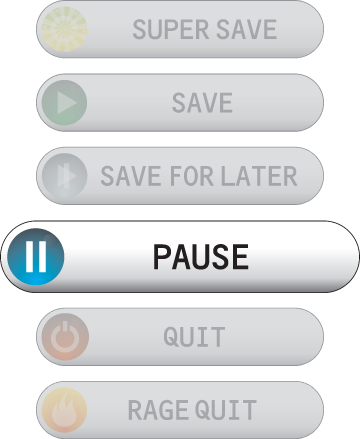