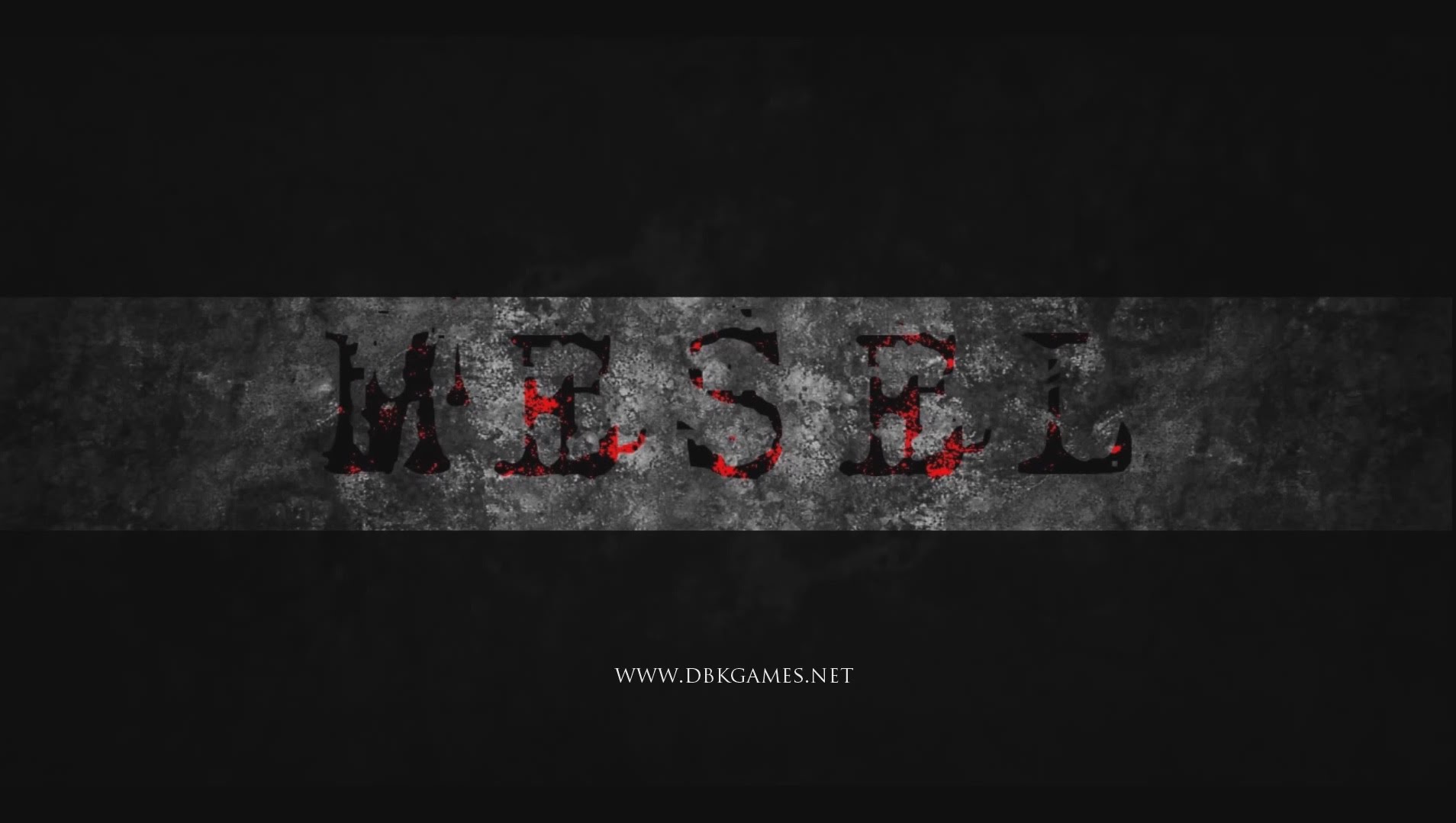 My apologies if the review below looks more like a rant to you than an actual analysis of the game I was given the chance to try out. Some things I really can’t overlook. “Minor” issues like erasing my entire game progress, for instance. After half an hour of playing Mesel and advancing enough through the first two chapters, I received a CTD (crash to desktop) and, upon relaunching the game, I could not continue from my last checkpoint save. Every time I clicked on “Continue”, the game would load for a few seconds and crash again. I refuse to restart from the very beginning through “New Game”. That explains my short gameplay duration that has been registered by the Steam client. I normally wouldn’t write and submit a review for a game that I have played for less than an hour and a half, but “special” titles demand “special treatment”. After playing hundreds of games on Steam (out of which two thirds have been indie titles) I never thought I’d find one that would hinder my in-game progress to such an extent. 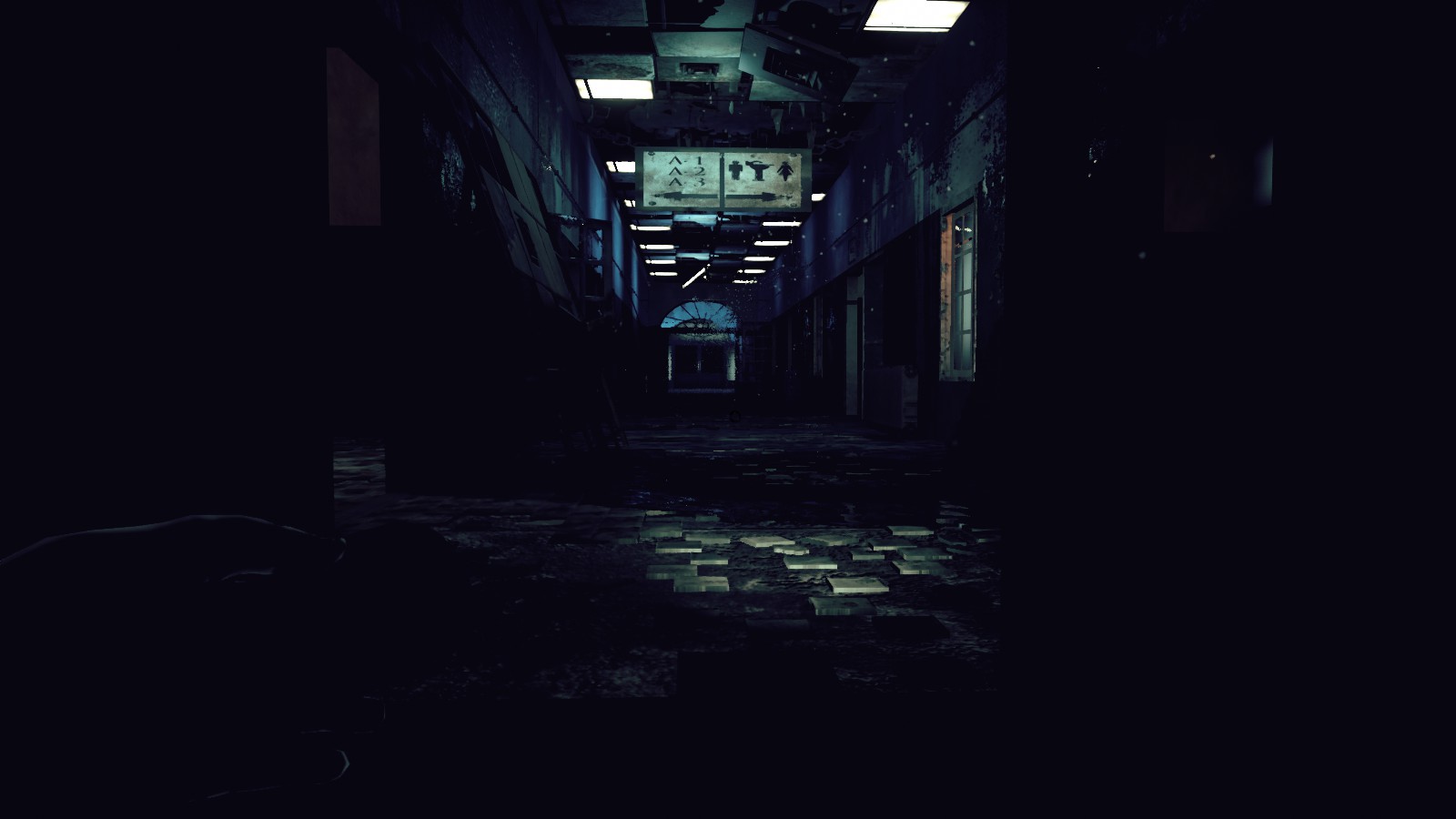 Some context to my recent plight, I’m certain would interest you. After all, I don’t make a habit of criticizing a subject without proper argument. I had all the best intentions in regards to Mesel: an indie, allegedly atmospheric 3D horror game that combines non-combat situations with an equally intriguing narrative experience. I won’t deny that Mesel did look more than decent during the period I could actually play it. It would be really hard to mess up a title if you have some development skill on Unreal Engine 4. The game’s sole developer and publisher can at least brag about that, even if basic notions of game design and proper testing of a title before launching it on Steam seem to have left him at a clear disadvantage. I would have shown more leniency if Mesel had at least been labeled as an Early Access title. That wouldn’t have excused the fact that I cannot continue playing it, but it would have at least signaled that it’s still a work in progress, from a developer who admits his game is far from finished or even polished. 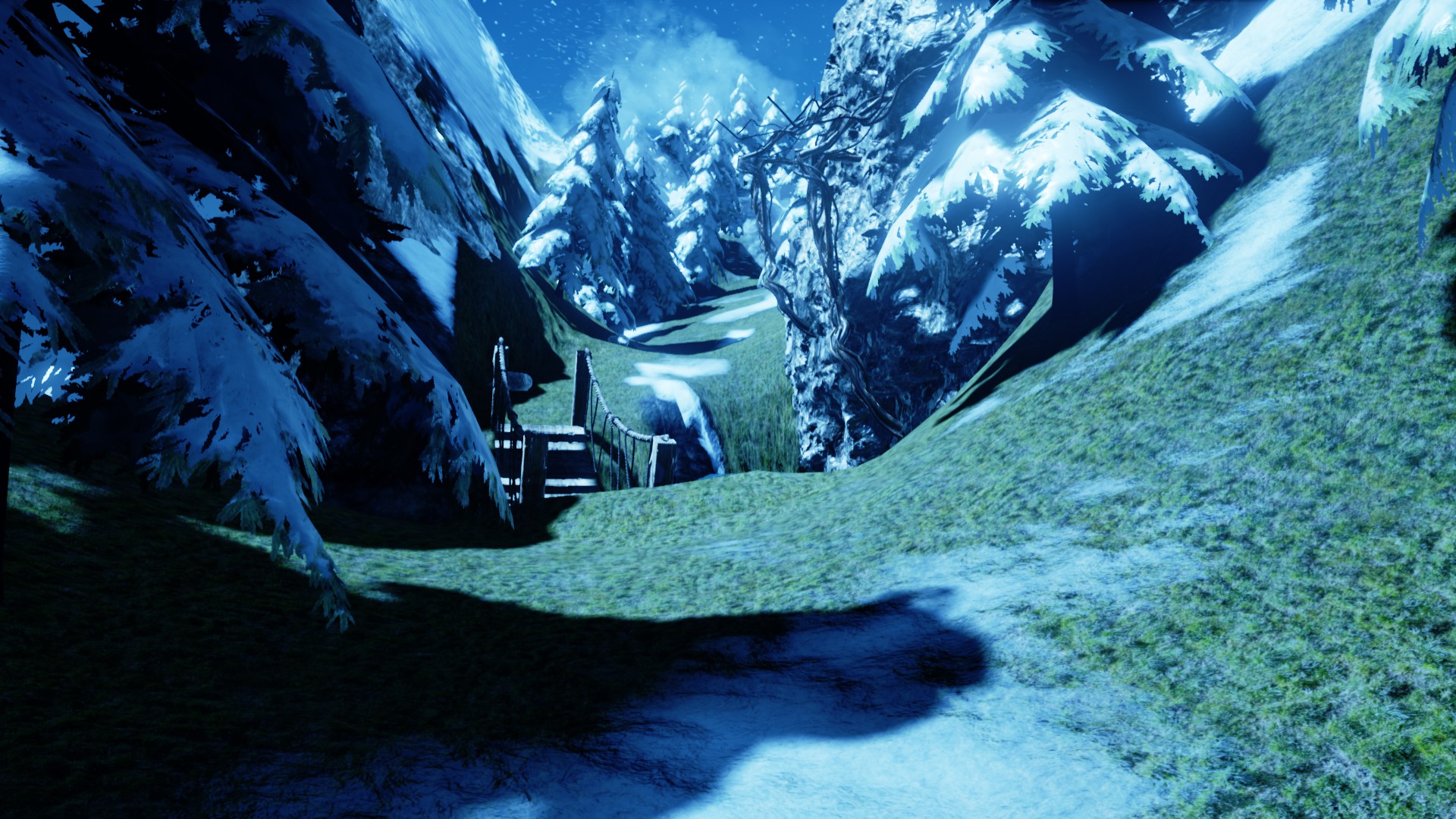 During the brief timeframe in which I could actually run it, I did find its story interesting. I wasn’t even bothered by the game’s Turkish dubs (at least properly subtitled in English, no typos whatsoever) and political references (an abandoned hospital that looks more like a ruin, somehow still has portraits of Mustafa Kemal Atatürk hanging on the walls). I tried giving it a chance to unravel its tale of a failed novelist looking for a new direction in his career. I knew this game wouldn’t be Alan Wake by any margin, but still wanted to play for a few good chapters upon reading in other (inexplicably positive) reviews that the game is rather short but fun.

Mesel has a rewind-like kind of gameplay element in which you can see the rooms and corridors of the aforementioned hospital, as it was before its apparent abandonment. Blurry visions contribute to the eerie atmosphere and combined with random noises and pitch black rooms that require the usage of a flashlight, did confirm that the game wishes to belong to the horror genre. It fails at that in the end, mainly because of its broken gameplay and abysmal save system that uses a checkpoint autosave instead of at least allowing me to manually save and perhaps give me the chance to advance the storyline. 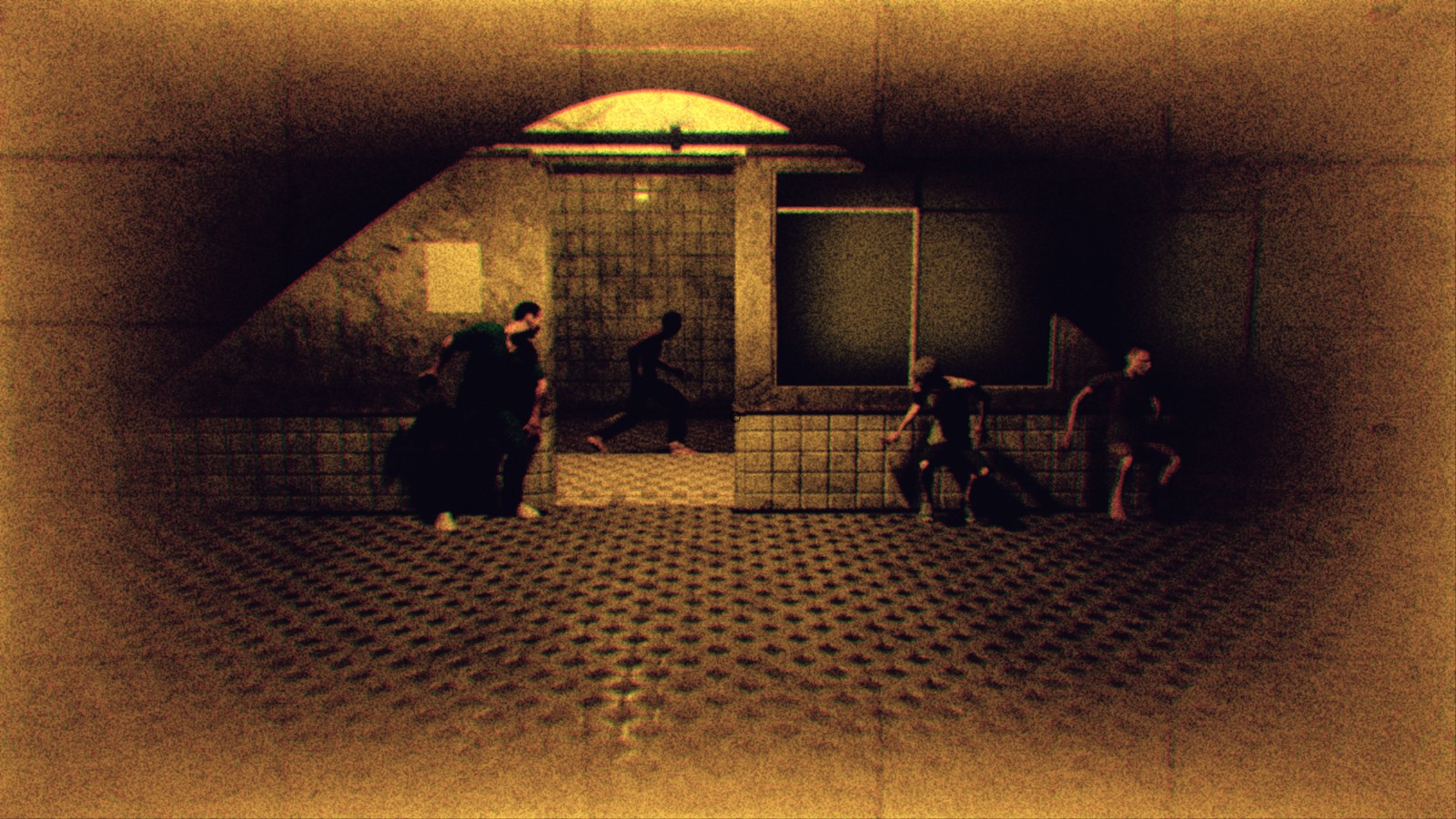 Red flags appeared to me clearly as soon as I saw the Options menu within this game. First time I’ve ever seen a selector in which you have to manually type the width and height in order to change the resolution. My monitor’s native 4K resolution, 3840×2160, would cause an instant CTD. I said “fine, at least I can play on 2K resolution (2560x1440p)”, which I did for about half an hour until the fatal crash to desktop that has rendered my game progression useless. Now, not even attempting to continue the game at 1080p (1920×1080) seems to matter. You might think that I’m trying to play this game on a rust bucket of a PC, not even worthy of browser-based games. I assure that it is not the case at all. I won’t brag the system specs here, not even for the sake of argument. Suffice to say, my Operating System is Windows 10 and all my drivers are up to date, always. Never met a Steam game, recently released or old, that I couldn’t run maxed out and as stable as they can get. By contrast, I cannot stress enough how broken Mesel appears to be.

Avoid this game like the plague. It’s not worth its asking price and not even half of that, considering the possibility that you may not even be able to run it at all, let alone finish it. The kind of sour taste it has left in my mouth can’t be compared even to the rightfully kicked-off Steam Digital Homicide and their slew of shovelware. At least those “games” didn’t crash and force me to restart from the beginning. 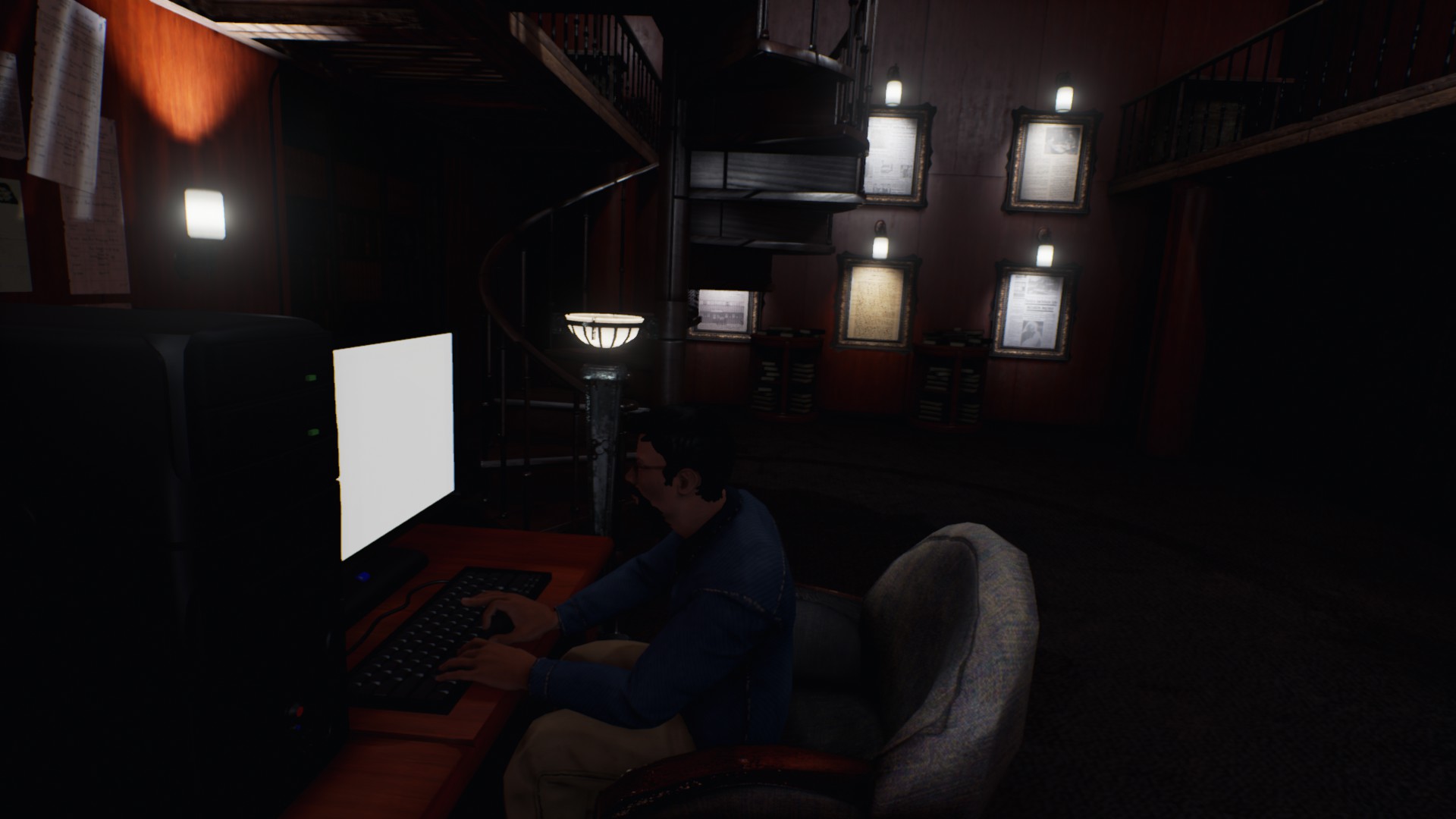 – Frequent and random crashes to desktop.
– Game breaking bugs and a checkpoint save system that has you restarting the entire chapter (if it restarts at all).
– Considering its current state, this game should have been in Early Access.
– No Steam Trading Cards.