Scrap Garden is a 3D adventure. You play as Canny, a cute little cylindrical robot who has arrived in an empty world full of inactive robots. You walk around and jump up and down buildings/rocks/whatever gathering crystals, of which you need a certain number to unlock the exit to the next level, and there’s usually some sort of simple puzzle to complete. One example that comes to mind is standing on symbol-marked pressure pads in the order shown on a sign. You have to jump on top of (or throw something at) the odd rat or scorpion before it bites you but these are few and far between. 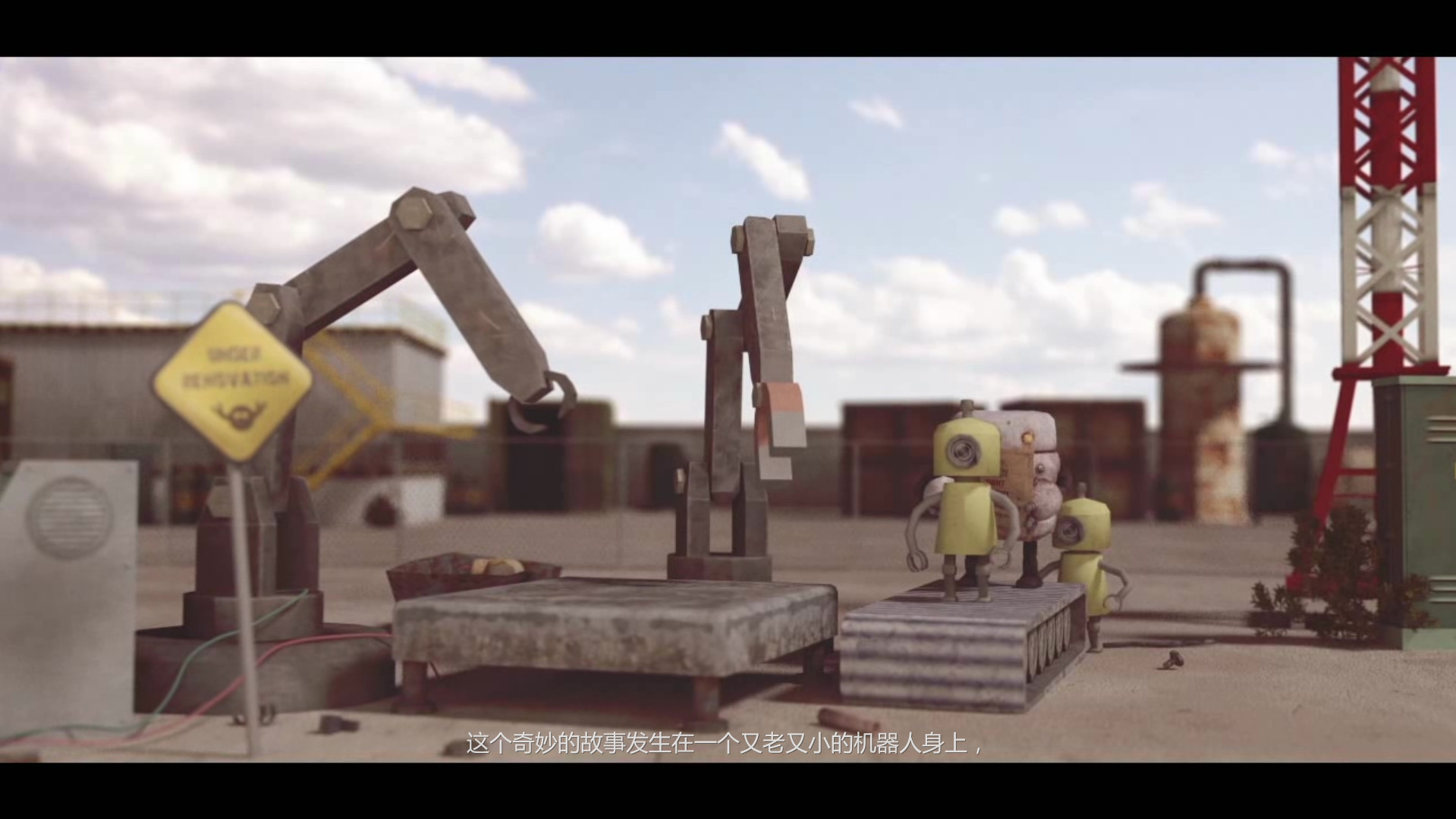 Controls (controller or keyboard/mouse) are straightforward. You can move around, jump, pick up objects and throw them. That’s it. Everything is accomplished with those movements. The camera view follows the direction you’re facing but you can manually look around with right joystick, this aspect is nicely implemented.

There’s a light sprinkling of cutscenes to further the storyline, involving the latest character(s) you’ve just met, and some very basic mini-games such as a bare-bones 8-bit arcade game where you have to jump a few gaps for 15 seconds. It’s charming enough.

I’m pretty sure this game is targeted towards youngsters because it’s very easy indeed, there’s no challenge at all. Even the boss fights are easy, you just throw objects at a large, slow-moving beast a few times. 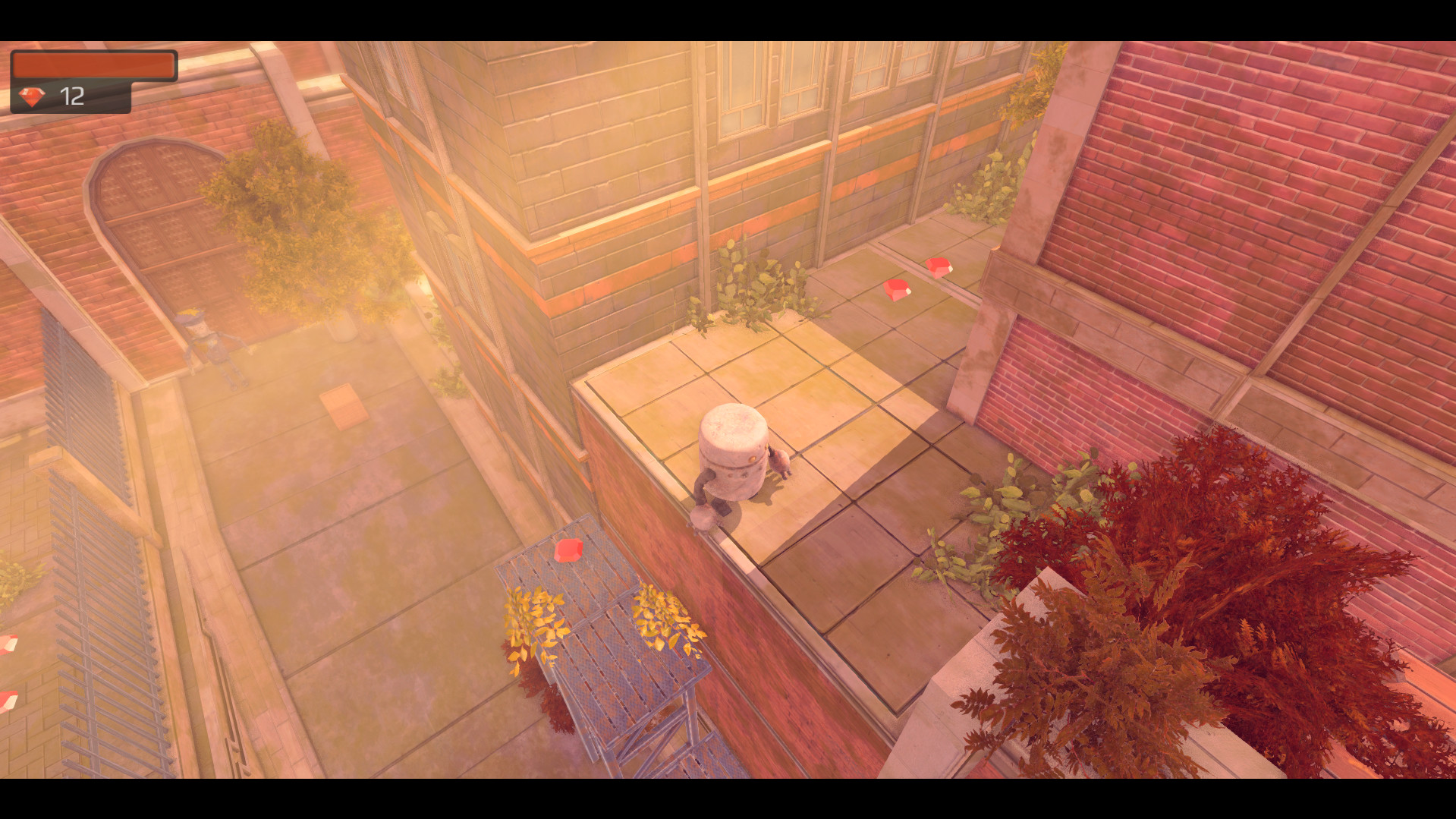 If you’re considering buying the game then you’re likely to have played the demo and wondering how the main game compares. Well, you certainly have a good taste of how the game performs and the general feel of it. You’ll notice (slightly) more things to interact with and a generally richer experience with some nice cutscenes. It’s safe to base your buy decision on the demo anyway.

The graphics are not unpleasant as you progress through various different types of scenery but it’s mostly textures, there’s really not much detail to it when you look closely. You can take in the scenery for 5 seconds on arrival in a new area, then you’ve seen it all. The only new objects you’re likely to encounter within the level are the half a dozen or so which make up the puzzle. Not much effort has been put into adding interesting items. There’s no shortage of crates, boxes and barrels though!

Music, like the rest of the game, is fine but nothing to write home about. 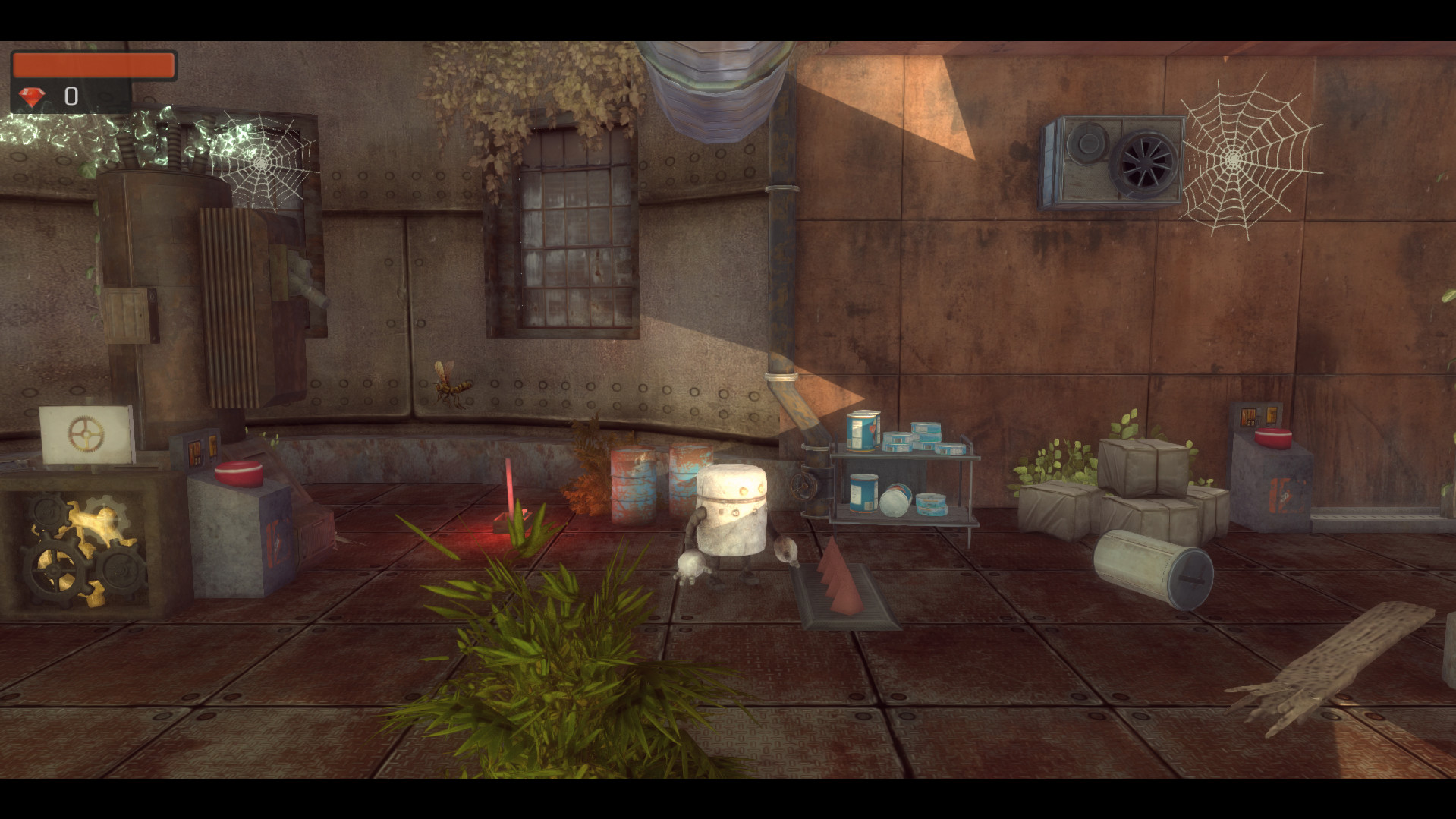 The game cannot be launched via the Steam app in Linux. The dev promised a fix for this “asap” on the game’s community forum exactly 6 months ago but it’s still broken.

My Steam controller’s joystick works OK for movement but the X button (which is needed) is dead, and due to the lack of Steam app I’m not able to remap it. I had to make do with my xbox controller.

I launched the game from the shell which is why my Steam profile shows 0 hrs and 1 achievement (which I got during 2 mins of playing in Windows for testing). I reached the 2nd boss which is halfway through the game but at that point the game crashes to desktop despite reboots and other attempts at workarounds. I would be willing to continue in Windows if that was possible, but again due to the lack of Steam app my progress is not saved to cloud and I’m too cheesed off with the whole thing to start again from scratch.

The moral of the story here is do not buy this game to play on Linux. 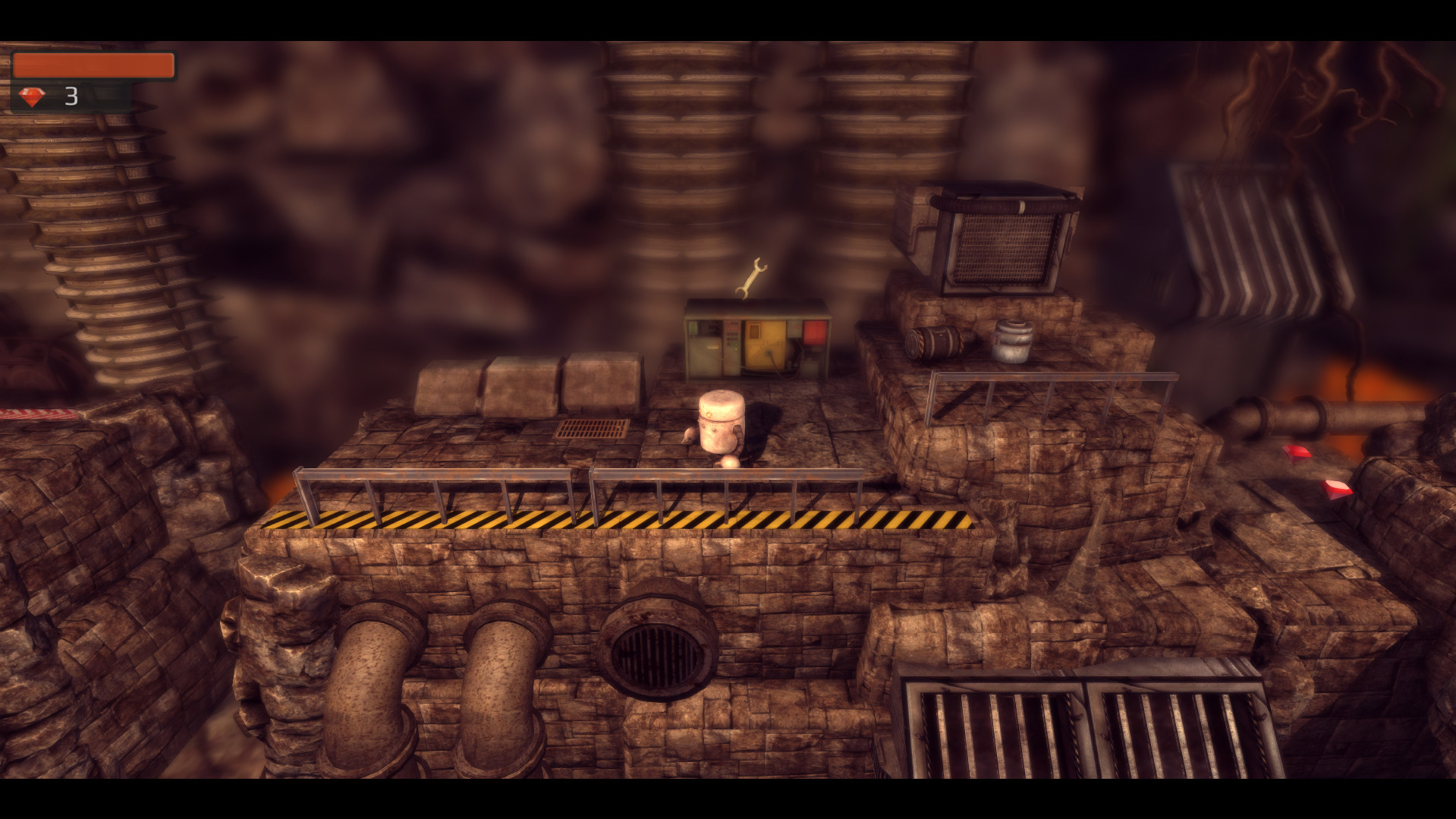 It has trading cards, cloud support and 42 achievements.

I’m sorry to say that this game is severely overpriced. It has nowhere near the level of sophistication or amount of content as other games in this price range. It’s very short and can be easily completed in a 3 hour sitting with your brain on autopilot. 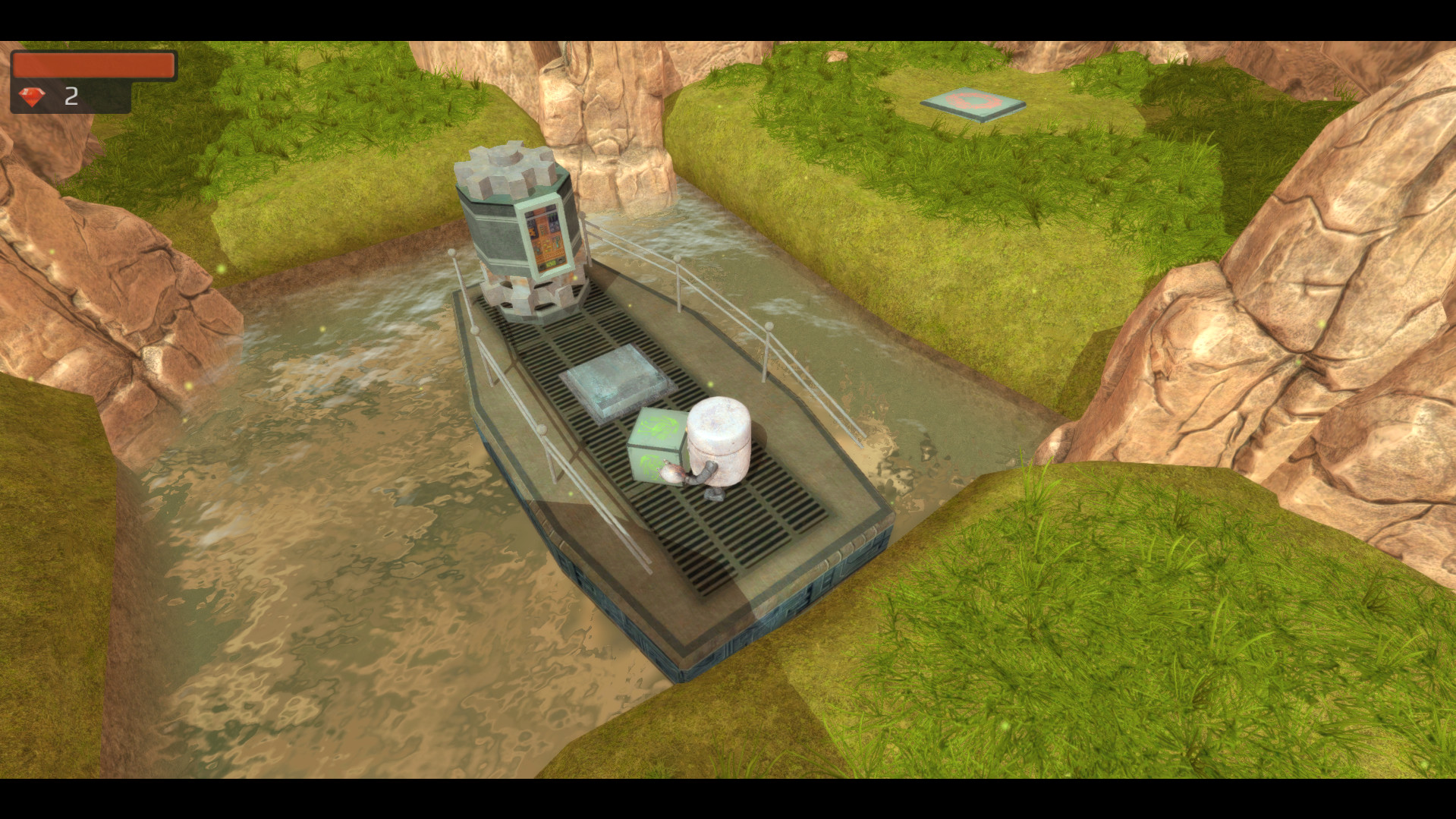 This is a pleasant way to while away a few relaxing hours but there’s no danger of getting addicted or raving to your friends about it. I wouldn’t consider buying it unless it’s on sale with at least 66% off.