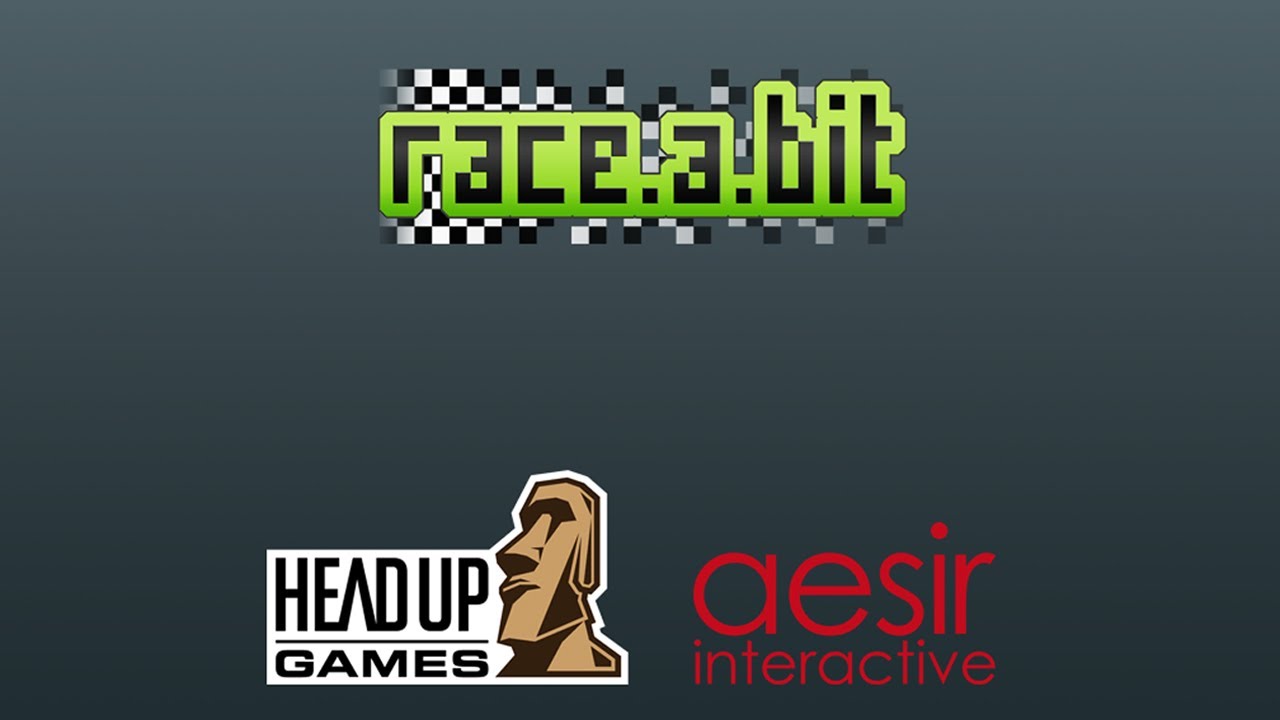 Race.a.bit is a very simple indie racing game that is fun at moments, but isn’t so good overall.

You are in control of a racing car and you have to complete the available tracks as fast as possible. There are boosts, there are jumps, there are teleporters, and that’s just about it. 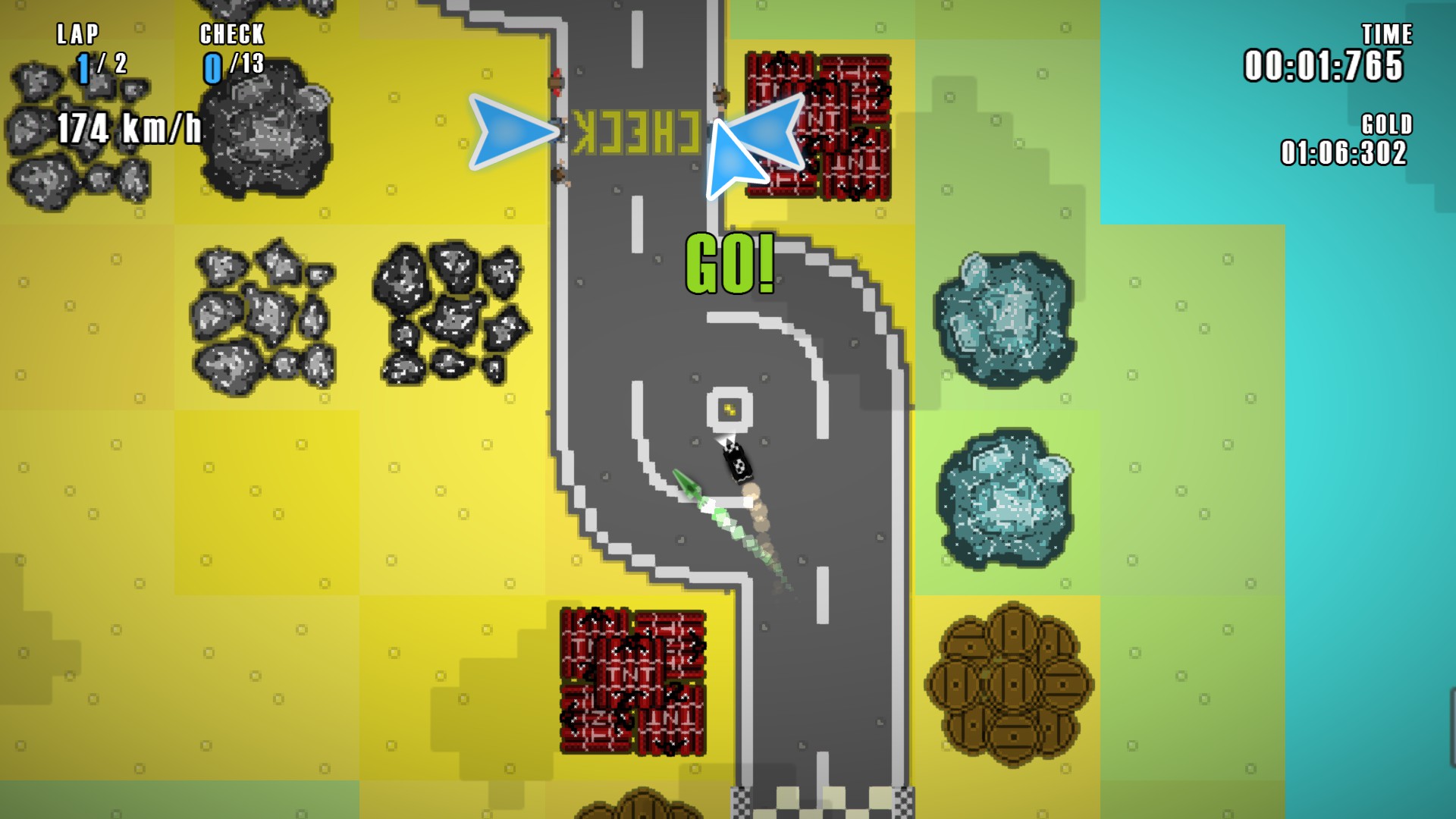 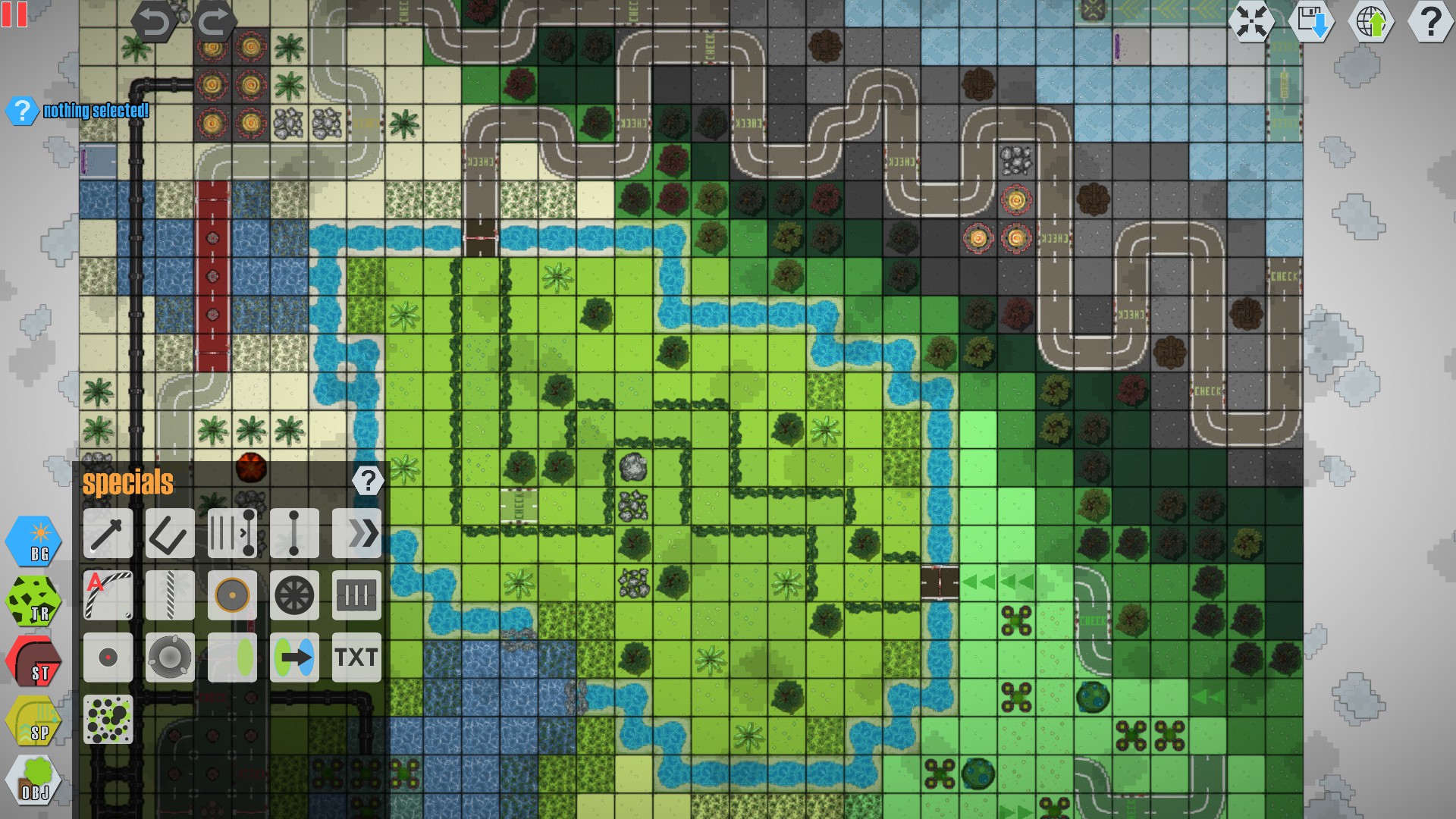 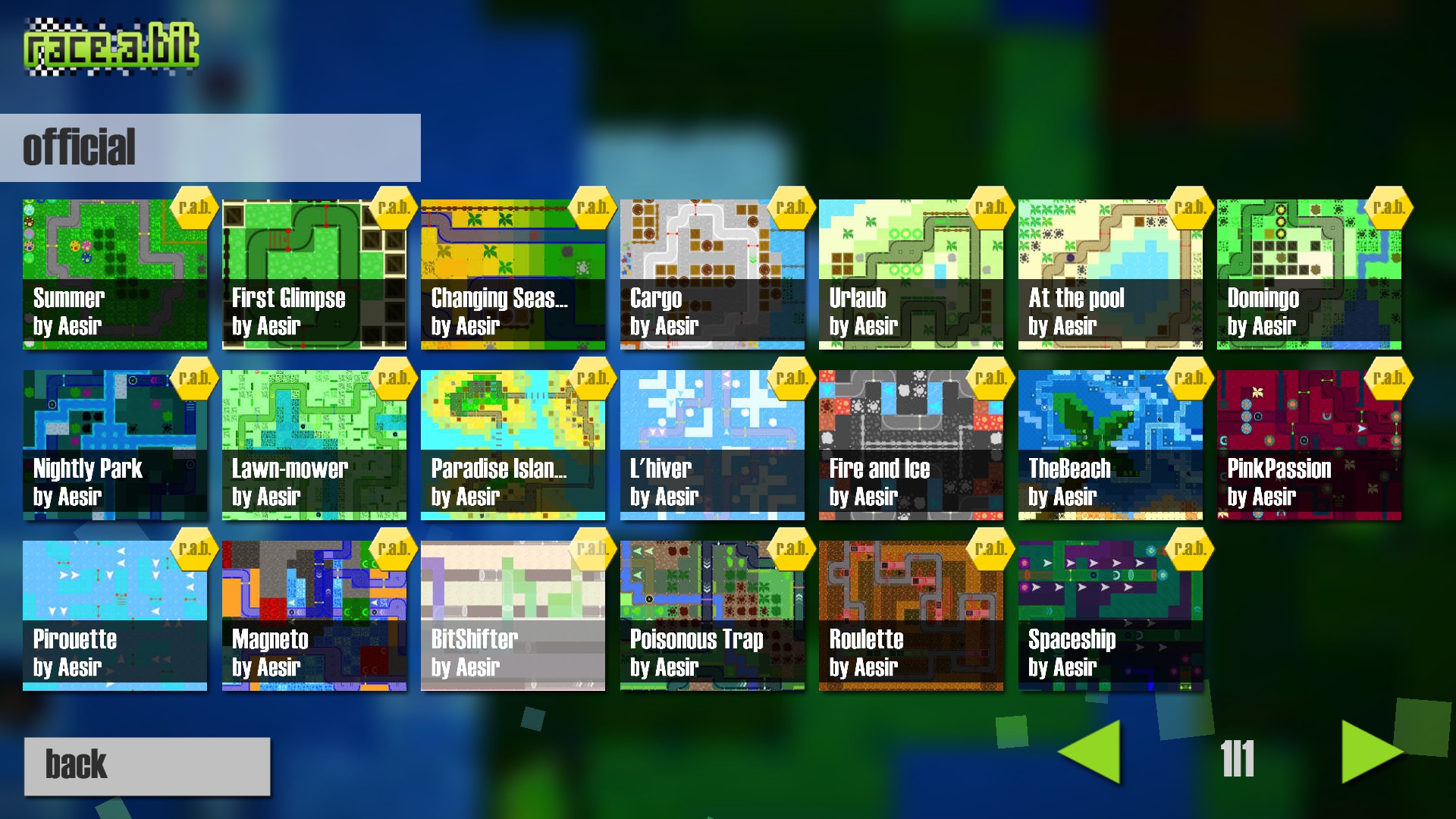 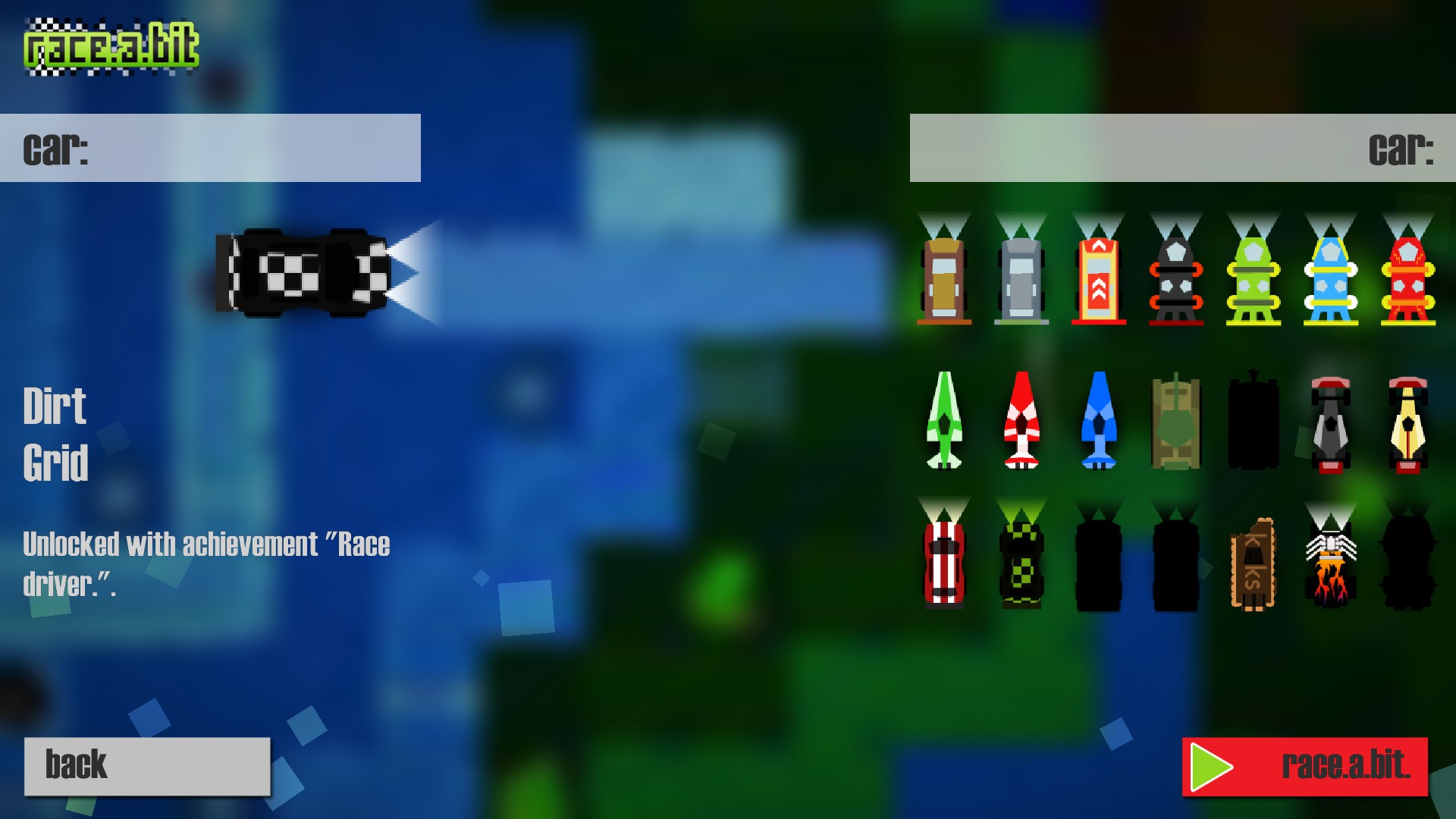 I’m not gonna lie, I did have some fun with this game. However, there were a lot of things which prevented me to enjoy further. The controls in this game are not exactly something to be proud of and that certainly doesn’t help this game’s repetitiveness. Community level browsers are flooded with generic tracks made by achievement hunters.
The official tracks are not that bad, but your gameplay experience may be at degraded at times because of imbalanced prerecorded ghosts you are racing against.
This is one of those games which I would love to rate “meh” if I could, but this is, unfortunately, not possible. I’m sad that I have to do this as mostly I only review games that I genuinely like, but right now, this will have to be the first game to which I am going to give a “Not Recommended” review. I will keep an eye on this game in hopes it will get better, but I doubt it ever will.