A worthy addition to an already strong product.

I reviewed REVIEW: ENDZONE: A World Apart back in March, the game felt like an exciting addition to the city-builder genre leaving me with a very positive experience. Fast forward 7 months later and we get our first DLC. Endzone: Prosperity is here to give the game a new paint, meaning that we get entire new areas, buildings, technology in order to deepen the experience!

Here is some gameplay of Endzone: Prosperity!
I was quite excited to hear that Endzone released a DLC.

Finally, here we are, some additional content for all of the city-builder guys! The entire purpose of this DLC is to upgrade the entire experience when compared to the base game. In the default game, you were fighting for survival, being efficient with your resources was key in order to survive the next sandstorm or drought. With Prosperity, we can see that everything plays out differently! You’re not fighting for survival anymore, but more so fighting for new ways to improve the lifestyle of the population. New technologies, materials, ease of life stuff, and advanced technology options will help you achieve that!

If you bought the game with the DLC just recently you’re in a great spot. Everything will feel natural to a new player, knowing how to farm all of the materials in order to build the needed buildings to produce concrete. Concrete will play a huge role for fancier and more advanced buildings, as well as defensive structures in order to protect you against these pesky raiders. These concrete buildings will be a lot more durable and efficient for your city, but also a lot more attractive looking. I did quite enjoy the art style with the default homes, but as mentioned, scrap buildings can look tiring real quick. The material opens up a window to modernize your city in the future and that is a huge plus in my book! The new technologies will assist you in upgrading the integrity of buildings, new ways to mine materials or even create materials, soap, cake, special food and so much more will be unlocked in the research centre now, which makes it even more important to build as quickly as possible. Lastly, three more scenarios got created in order to give you that extra content in order to explore the areas a bit further as you can unlock or find groundbreaking materials or objects that will elevate the future of your playthrough!

Obviously, the game plays out just like before, I wasn’t really able to “feel” any change as far as gameplay goes, things simply stayed the same, especially in the beginning. I did use an old save which I did edit out using the prosperity DLC which is certainly a nice feature. But I needed some decent hours in order to finally get my hands on some of the more important resources or technologies. This felt like another learning curve as I wasn’t really too happy to learn everything all over again, building a wrong building at the wrong time can do a lot more harm than good which happened in my case. After getting defeated by my own stupidity I decided to start a new playthrough all over again, which luckily worked out a lot smoother as I have learned from my past mistakes. The game will take some time to get used to for guys that got used to the old stuff, but after some tinkering around I am sure that it is a very enjoyable experience. 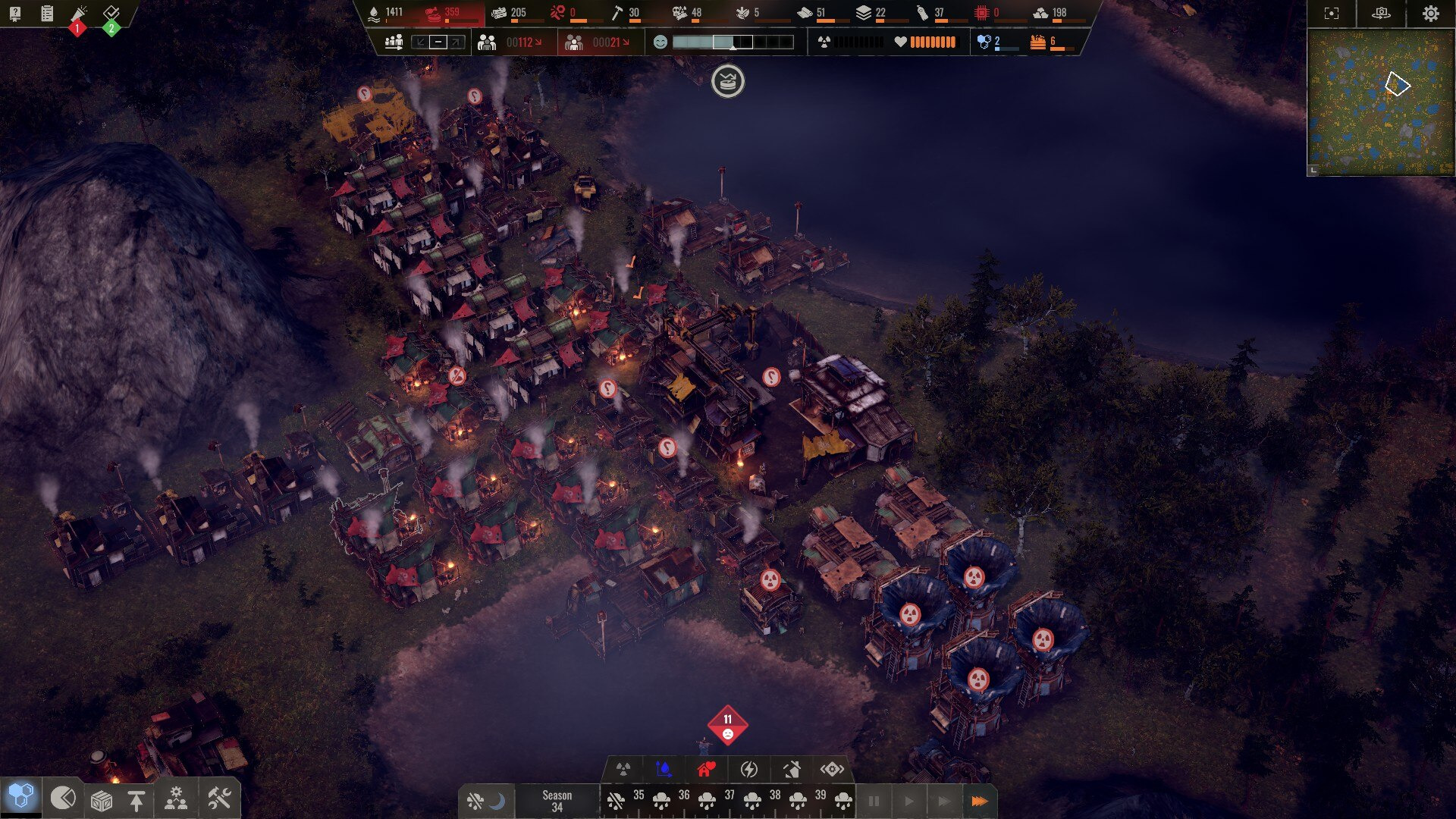 Other than the three new scenarios that add not as much extra “story” content as I would like them to offer, everything else is basically the same as in the base game. Here is what happened before the start of Endzone: A world apart, which can be also found in the review link posted in the introduction!

The game doesn’t really offer much of a story but I will try to give you guys some nice pieces of information about the “story”. In 2021, a group of terrorists blew up nuclear power plants around the world and plunged the world into chaos. Only a few were able to escape into underground facilities called “Endzones”. 150 years later, mankind returns to the surface – under your command! There are a plethora of hints located in some abandoned buildings that hint that the pandemic we currently live in was another big part of the destruction of society. Masks, disinfectants and more hints are constantly there if you use your scouts. Although I do find the addition of the pandemics in games a little bit untasteful I will have to say that on this occasion it actually makes sense.

The game makes use of the well-known Unity game engine.

Graphics:
I can’t really tell if something changed visually other than the buildings. Some of the deserted areas and buildings do look a little more attractive. There is a lot more detail now in my opinion. Now talking about the new buildings: Obviously, they look a lot more modernized which perfectly captures the essence of this specific DLC as I actually felt as if I had upgraded the infrastructure of my city in a way. I felt important, finally! I do like some of the new pictures of traders when using the traders building. 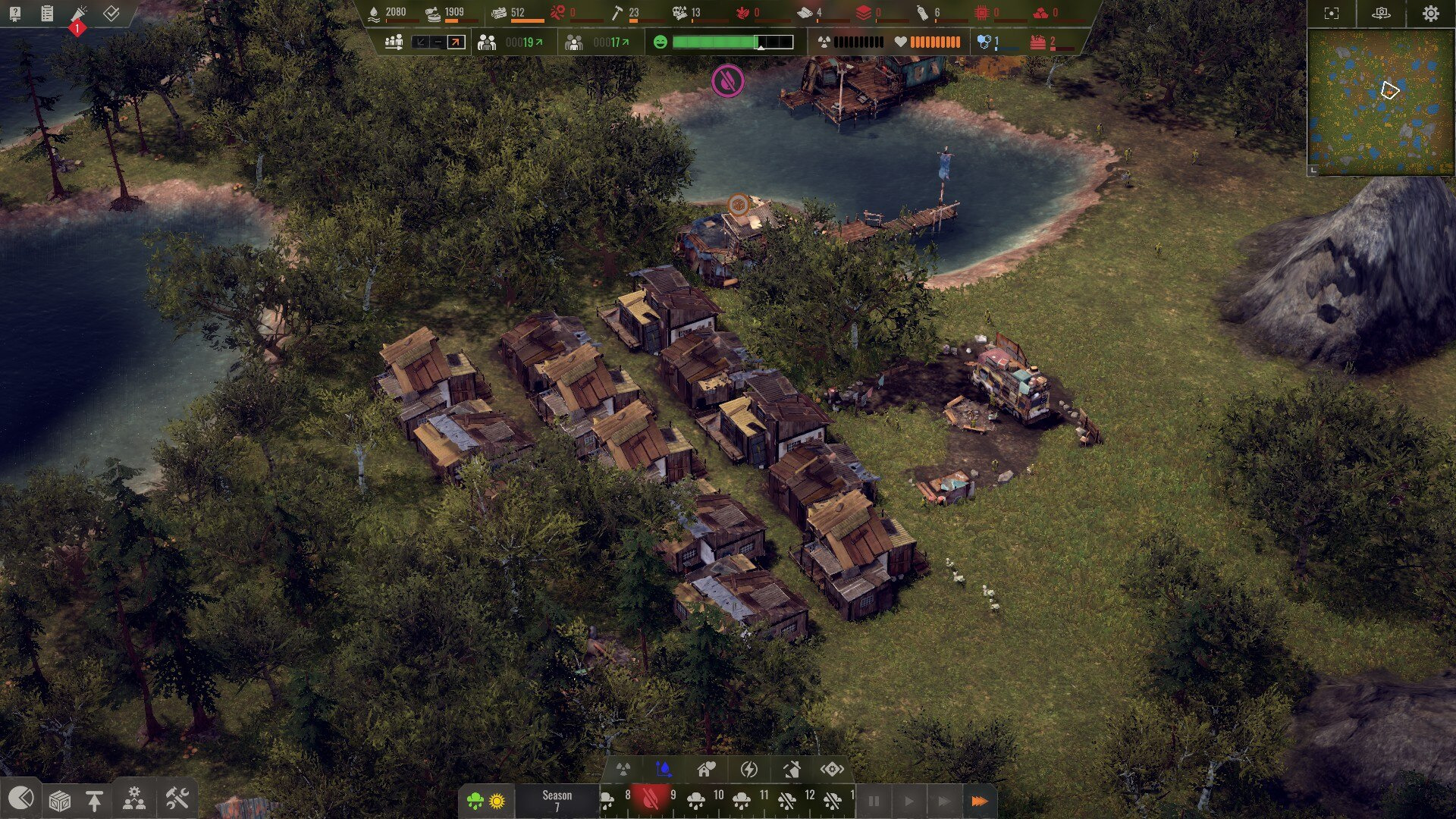 Audio / Soundtrack:
Once again, as far as audio nothing really changed. Other than some secondary sounds for the specific things that got added we got nothing more.

The game doesn’t really offer much as far as Audio goes. The soundtrack is rather basic and it honestly just is an instrumental loop. Most of the buildings make a quick default sound of their specific section. Basically, a Hospital will make respirator sounds and a refinery will make the classic refinery sounds. Other than that things are pretty basic.

In around 14 hours of building my own society of unbeatable warriors and mindblowing scientists, I experienced no bugs, glitches, or game-breaking bugs at all!

Since then I was able to put in another six to seven hours reaching 21 hours of creating my own doomed society, with of course absolutely no issues at all! One minor issue was that I couldn’t really get my Xbox Controller to work, but the real question is: Why use an Xbox Controller in the first place? Not really an issue. 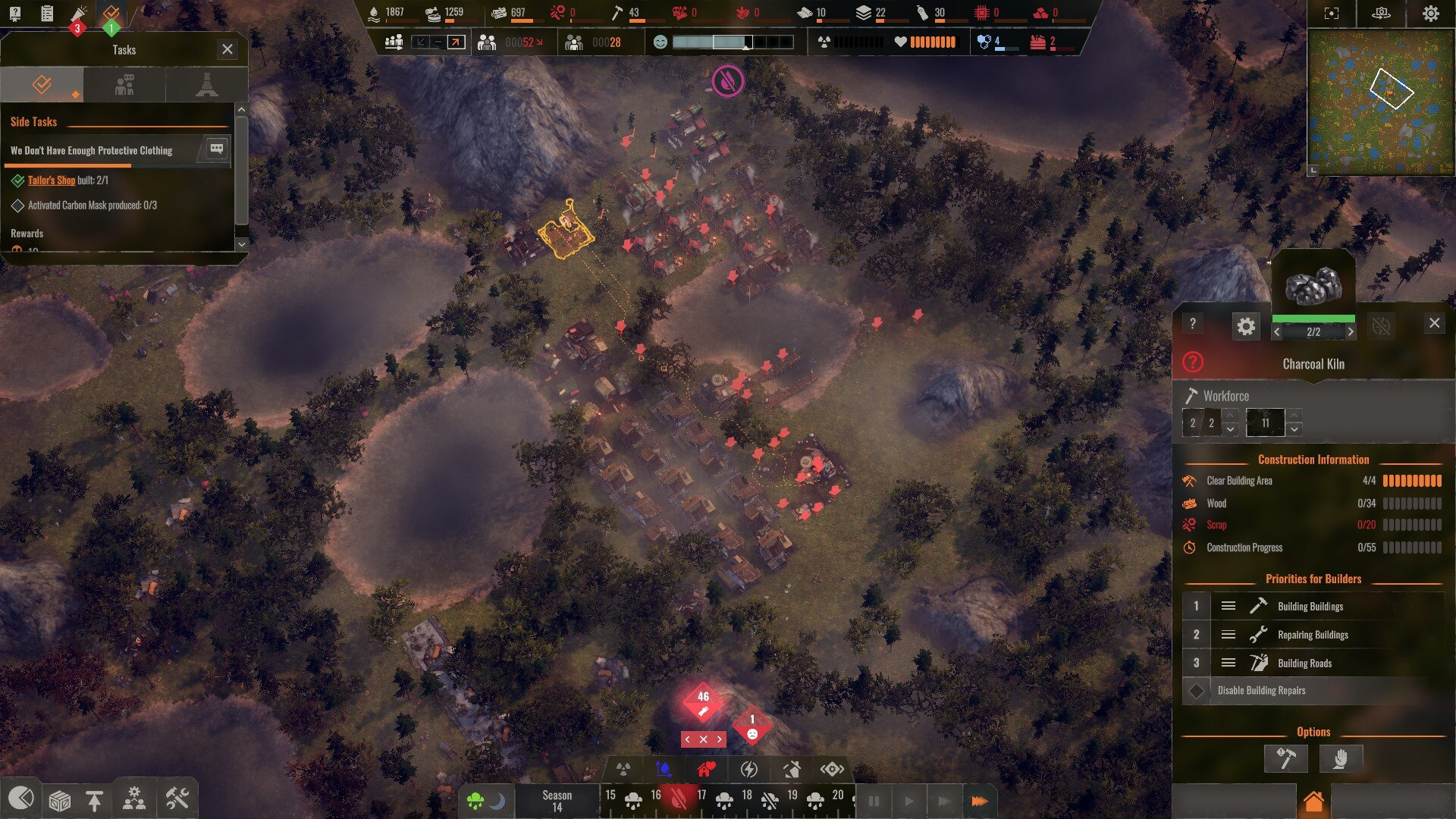 Once again, the developers did a very good job at creating a well-priced DLC. It is not perfect, but it sure is entertaining and interesting in multiple ways. The entire premise of your society finally getting the well-deserved lifestyle upgrades feels and plays out great! The scenarios could have added a little more, but they offer enough to justify the 9,99 Euro price tag and more. It simply is a very nice addition to the already well-established game. I can comfortably recommend this DLC even at full price!